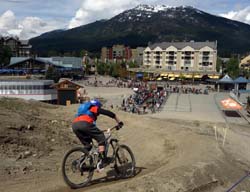 From the reception the Whistler Bike Park got on announcing changes it appears that there still is grumbling among the pro-riders who dominate the readership of Pinkbike about the dumbing down of trails. I attended a media session to get a bit more background on the planned paving of A-Line and Dirt Merchant.

Present were the cabal of the Whistler Bike Park’s senior staff (Brian, Rob and Wendy) who explained that the dominant theme of planned changes was to improve customer experience with a special emphasis on never-evers (whether to biking or to bike-parks. .Even a casual observer can see that WBP media is dominated by pro-level edits and imagery/video directed at the testosterone repressed keyboard cube-dweller so it’s refreshing to see so many concrete initiatives targeted at the beginner/intermediate.

The new customer experience focus is to recognize that many are getting into the sport. The goal is to incorporate them into bike and bikepark culture with an emphasis on education and progression.

The trailmap, graphics and trail descriptions were reinvented with more self-explanatory graphics (eg HUGE GAPS or MAN-MADE TERRAIN – see further below) and freestyle terrain descriptions adapted from winter sports to denote when trails had greater risk, or greater speed. Trails descriptions will be improved with the goal being for different rider ability levels being able to self-assess their skills so they can progress safely up the ladder of difficult trails 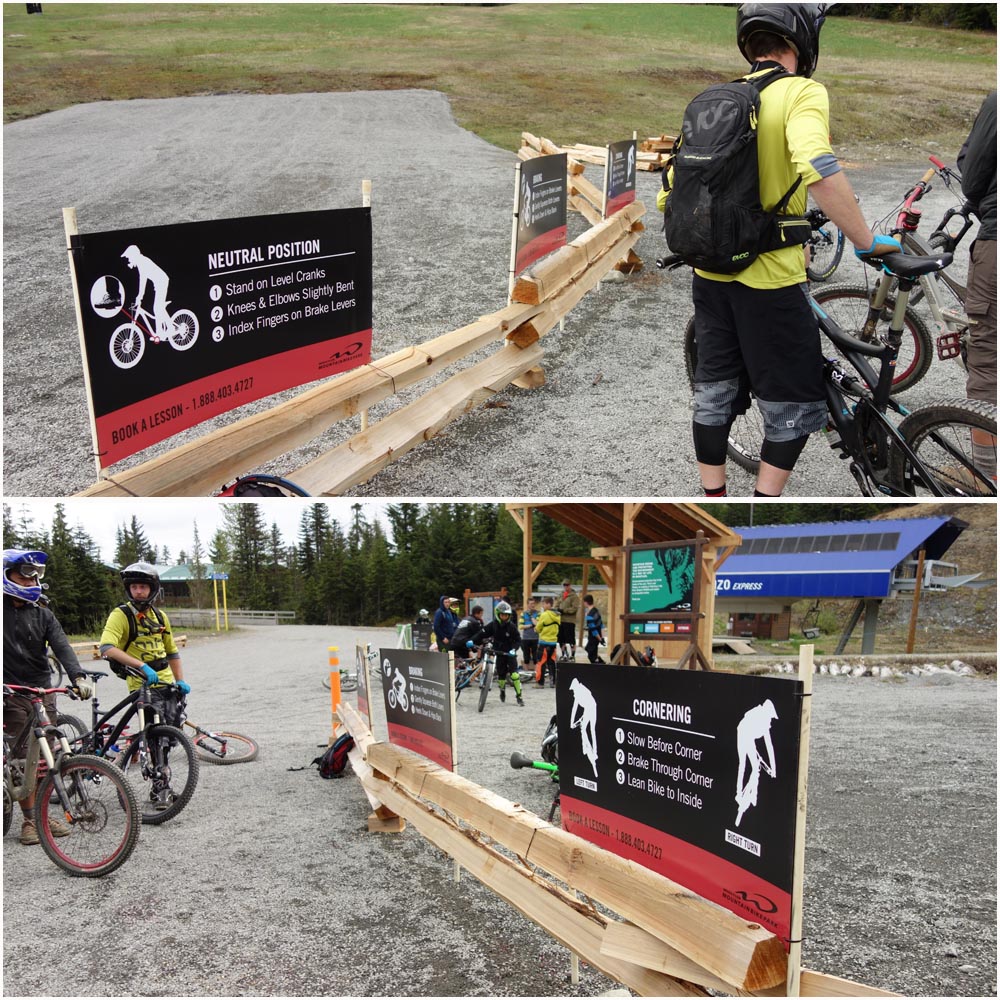 Lots of little reminders about technique 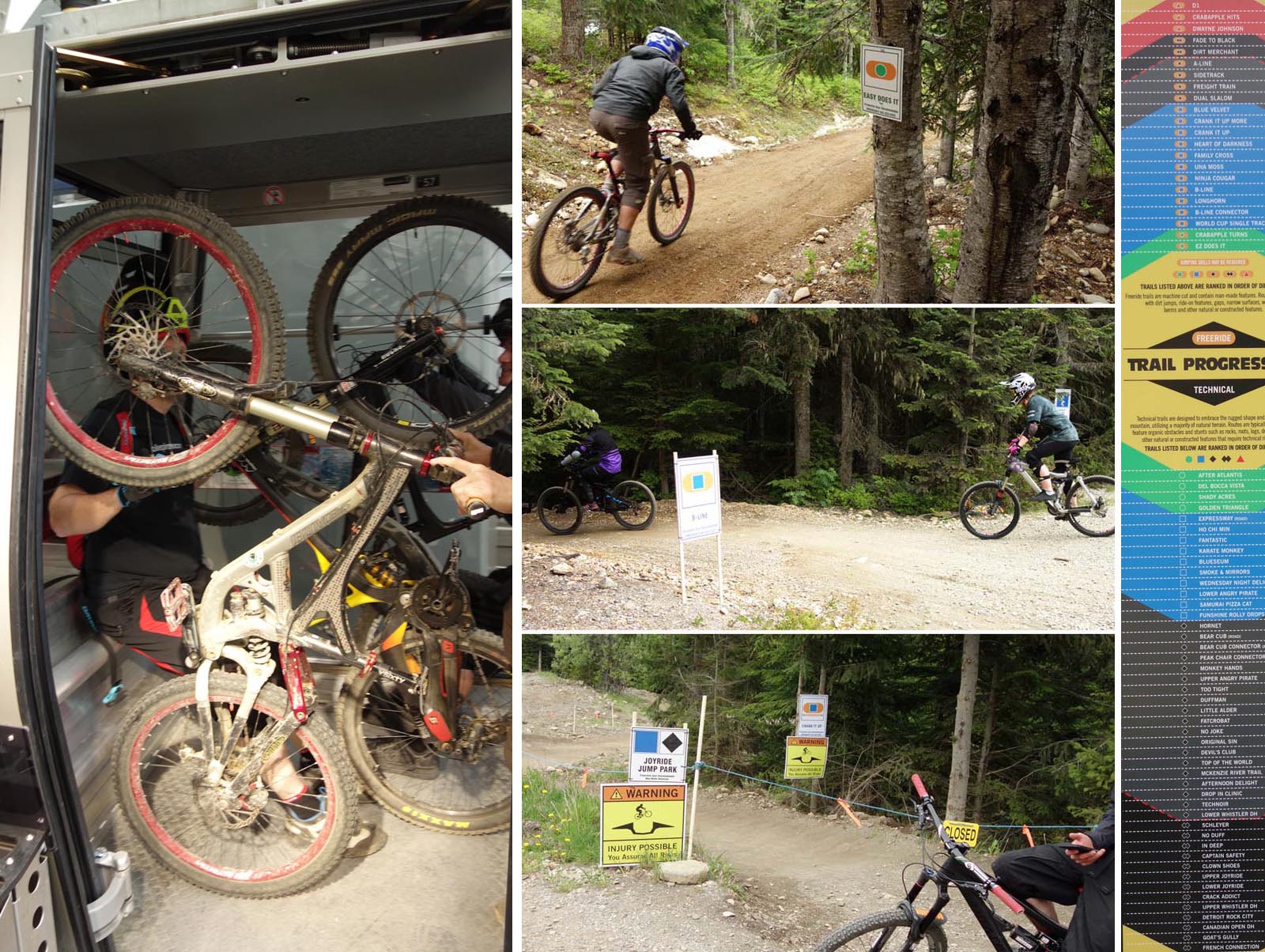 From L to R: (i) Gratuitous picture of new gondola; note the plexiglass to protect windows. (ii) better signage to indicate trail nature (love the gap jump pics that SHOULD tell the story of what to expect even for never-evers; and (iii) trail progression chart – easier trails on the top. Harder trails on the bottom. Voila – a graphical way for never-evers to figure out what trails to ride in their logical progression from easier to harder to gain certain skills.

Free orientation sessions are to be provided at various locations throughout the bike park. Basically it’s a way for never-evers (either to biking or to the WBP) to get to talk to a local and get some familiarity with the bike park. Some very basic how-to’s will be provided (how to stand, how to brake, what to ride) along with presentation of etiquette (eg watch and listen for faster riders coming up behind you and get ready to pull over safely if you are getting passed). To answer a pressing concern of PBers, n00bs will be asked not to stand on lips while checking them out or to lie down in the bottom of landings. 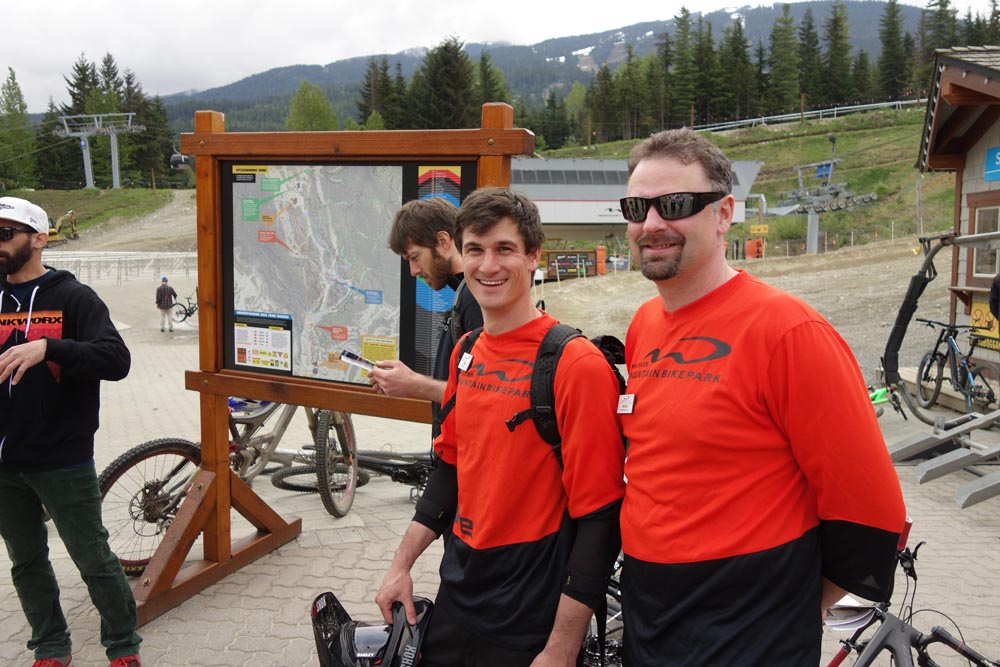 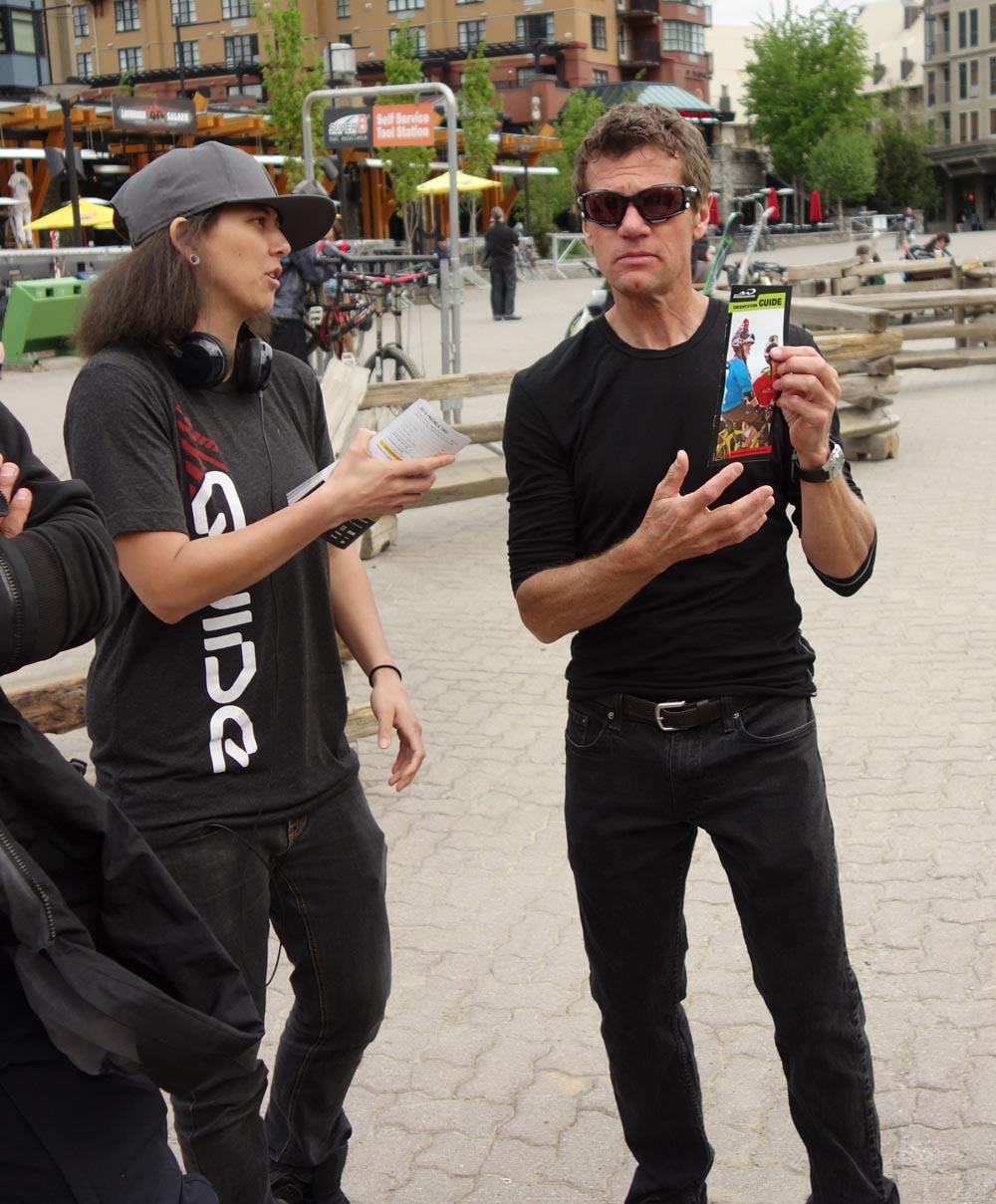 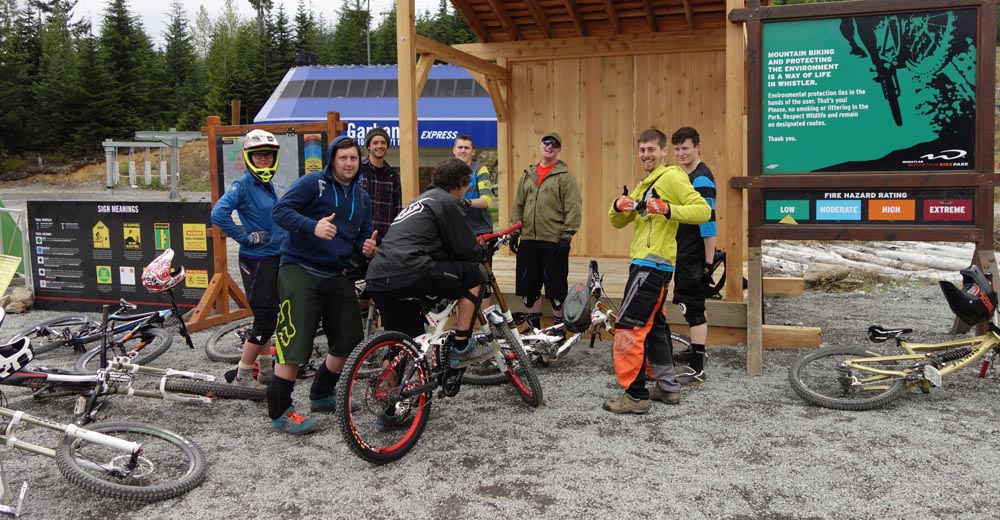 Obstacles representative of the character of the trails will be added at various trailheads (Dirt Merchant, A-Line, CIU) to clearly indicate the nature of the trail. While nothing stops people from climbing around the squirrel catchers it’s going to be a good deal harder for people to say that they didn’t know what to expect. 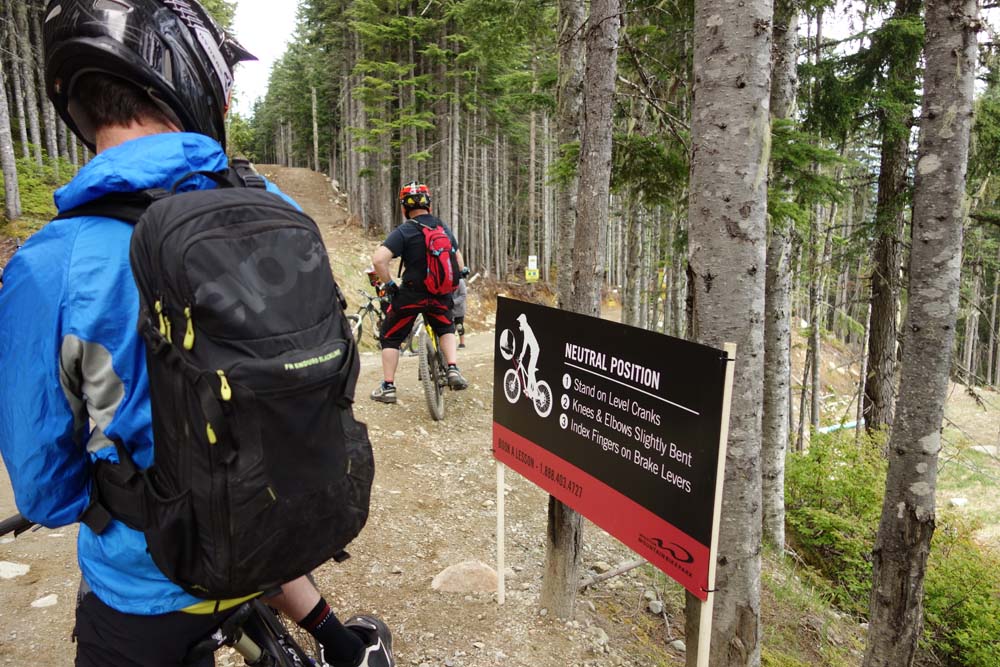 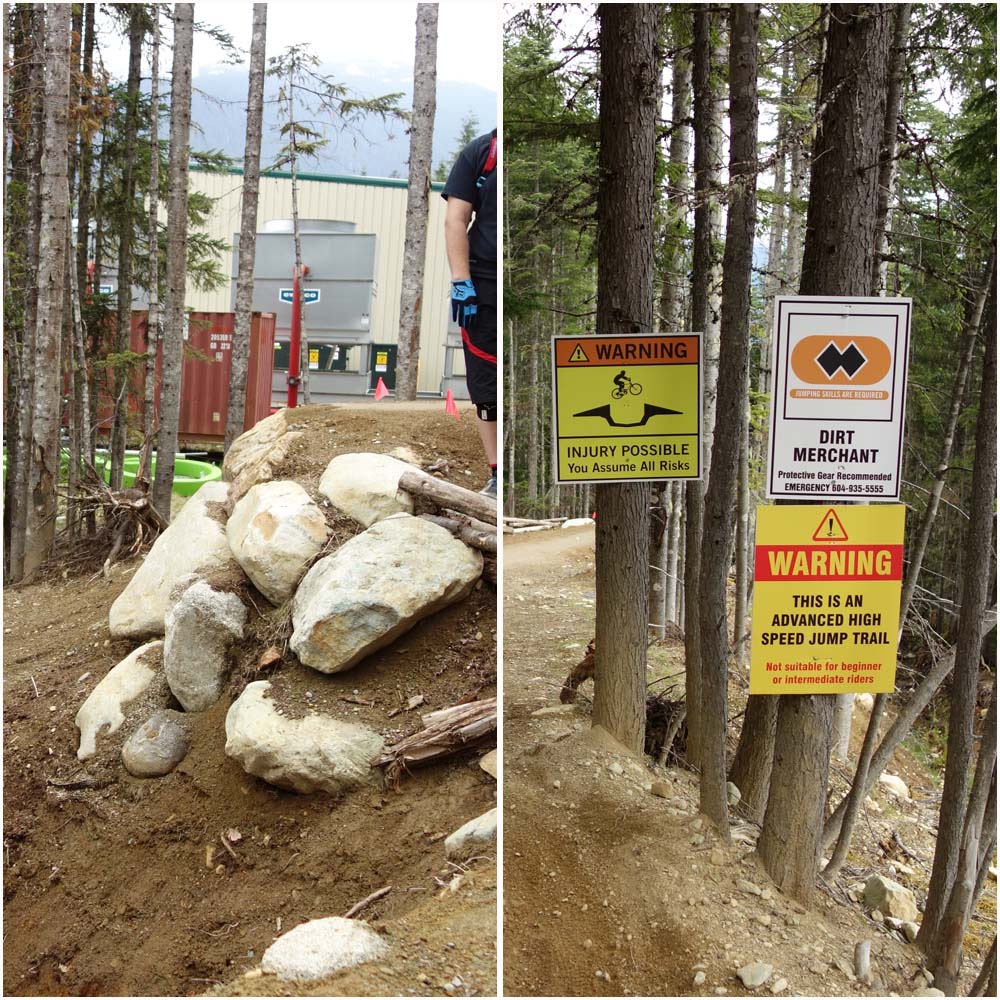 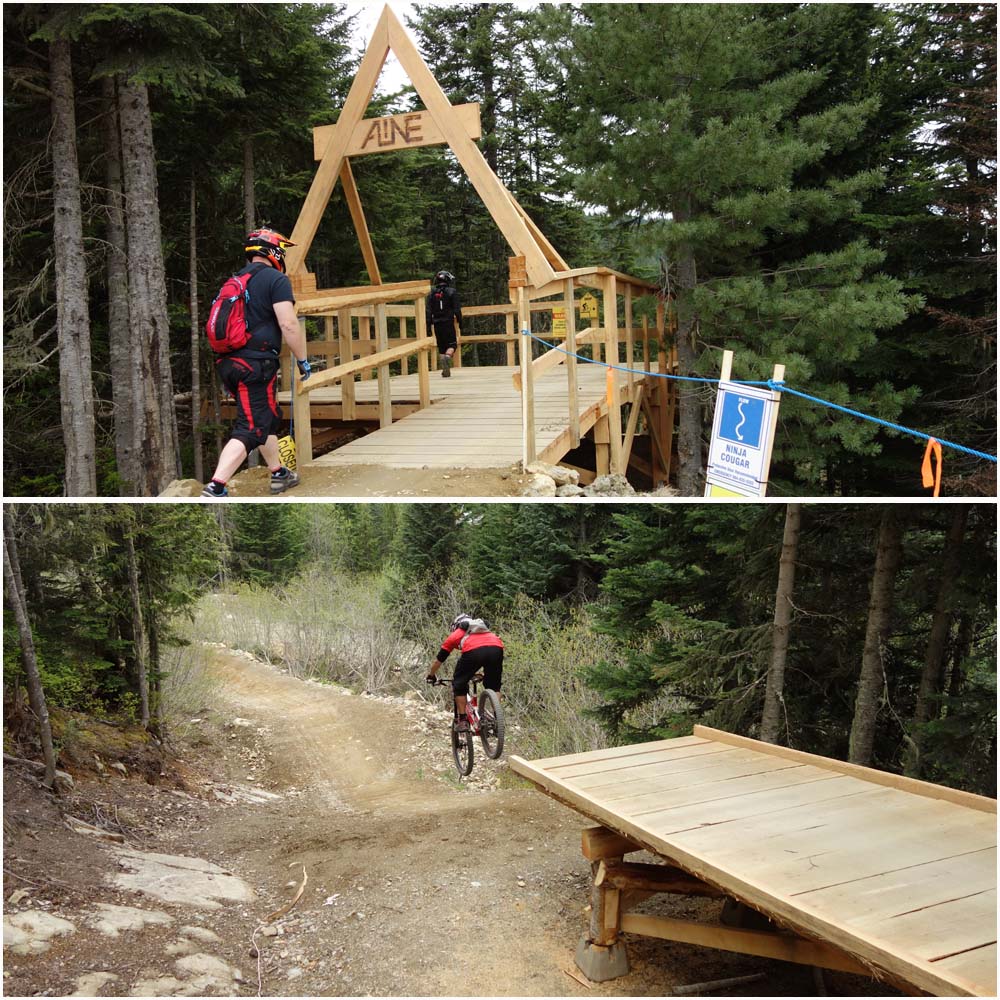 A-Line squirrel catcher. It’s a permanent structure so doesn’t look as ghetto as the old catcher. It’s also much more representative of what will come than the old thing that people rolled anyway. Plus it looks nice

Finally, because I’m a trailwork geek something that personally got me super excited and was decidedly off-script for the media day was the gushing about new trailwork equipment. At the media event was David Murphy who is trail crew supervisor and who was understandably excited about their new baby – a dirt carrier truck. It would cost approximately 122k to buy but is leased at 7k/per month). What it allows the trail crew to do is to transport water and dirt using a small footprint on singletrack. Armed with a water carrier it allows the bike park trailcrew to expand their work to maintain and build trail during summer when otherwise it would be too dry

Some work was also done prior to the season to install more pullouts on trails to allow for safer and easier passing. Trailcrew also modified CIU and A-Line so the trails start with less lippy jumps. By the time you’re halfway down the two trails everything’s back to normal and/or changed to allow more for incremental progression. Other changes were to modify the green trails (Easy Does It, Del Boca Vista, B-Line) to make them feel more consistent.

Finally, trail crew’s plans are to add a new trail “Crank It Up More” to fill in the jumping progression gap from Crank It Up to A-Line with projected opening for mid June. 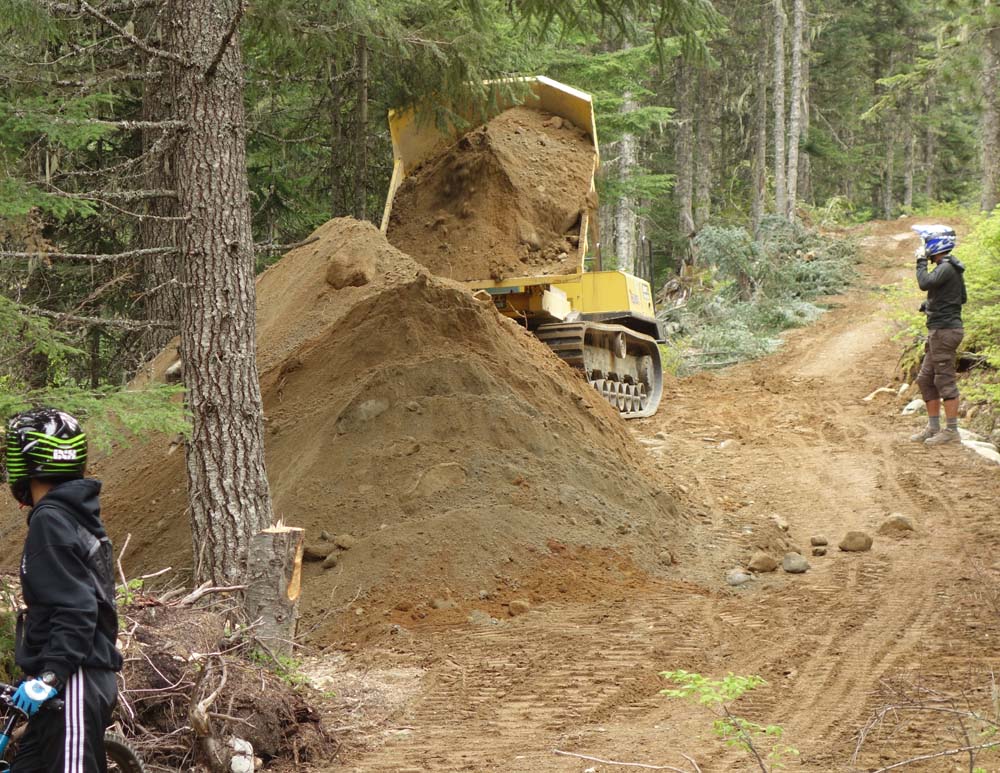 Look at this machine! Look at how much dirt you can haul! 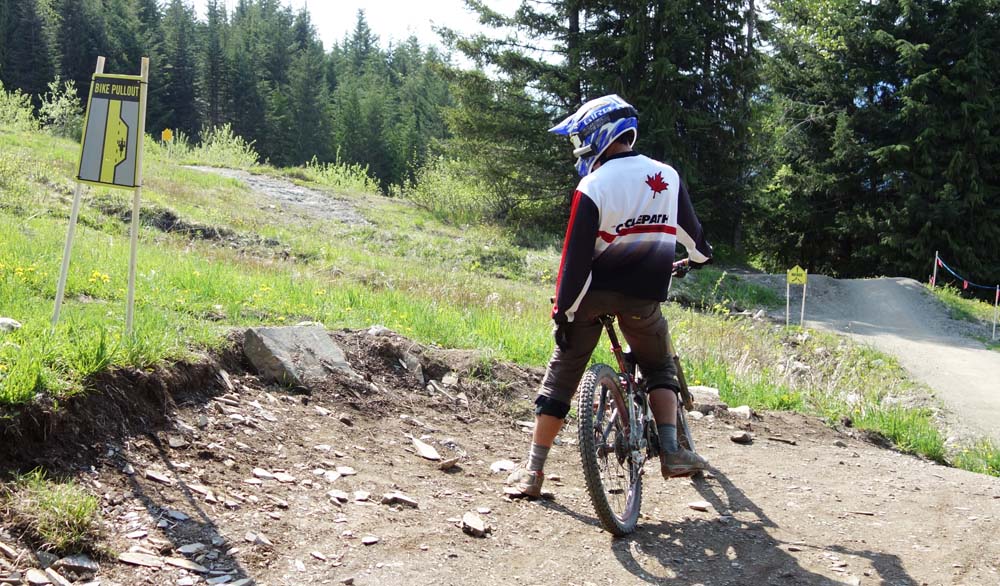 This gorb using a pullout