After riding Kaspers Goods in Beitostolen we hopped in our rental BMW and headed to the coast. Lee wanted to see the grand Fjords of Norway! They are impressive. The riding is very unique. The terrain is very steep so you pretty much ride/hike/push up what you eventually ride down. So the rides are as long as you want them to be. Fortunately you can drive quite high on the tolled community roads. These tolled roads are a great idea, the community maintains them and the people who access them pay for thier maintenance. If this system wasn’t in place, the roads would probaby go into disrepair.

We drove west from Beitostolen through the Jotunheimen National Park glaciers on the SE corner of the park. The roads in Norway are NARROW with not much of a shoulder. A wide vehicle would be sketchy here! We stopped in Lom to check out 1 of the 28 remaining Stave churches which have survived since Medieval times. We drove through the town of Geiranger, which is one of the cruise ship destinations. THOUSANDS of people come to these TINY towns during tourist season. Joffre Lakes has nothing on this impact! From Geiranger we drove the Trollstigen road to Romsdalenfjord. The Trollstigen pass is a very popular tourist stop. We didn’t stop. There is a trail you can ride from there that Lee checked out on another day.

Our destination was Åndalsnes where we were going to ride with Ola Martin who took the mountain bike course under Kasper. The most popular trail to ride here is Skorgedalen. Here we did two laps, then another lap near where Ola Martin lives and skis in the winter. These trails were fun and best to do as a shuttle to minimize road riding.

The next two days we rode at Tarløysa and Sjurvarden which were an out and back rides. We also had lunch at a popular restaurant for their cod-fish soup at Bryggery i Bud, then a drive along the impressive Atlantic Highway, then back to Åndalsnes. On nicer days these rides would have been great for the view and experience. As it was the weather was unsettled and the wind when we rode Sjurvarden was fierce!

In Åndalsnes we stayed at the hostel – Andalsnes Vandrerhjem. Stay here! It’s Great! Run by the same management for years. One of the guys at the desk was from Pemberton! They have a buffet breakfast you can buy, or you can cook your own food in the kitchen upstairs. Quiet, clean and comfortable. Private rooms, common shower and toilet. 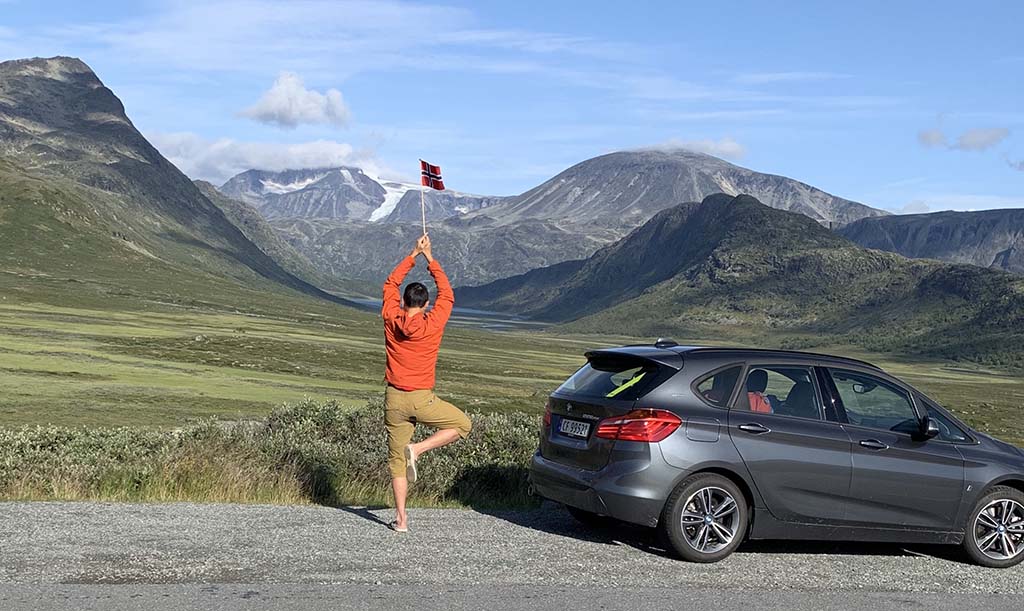 Drive through the Jotunheimen 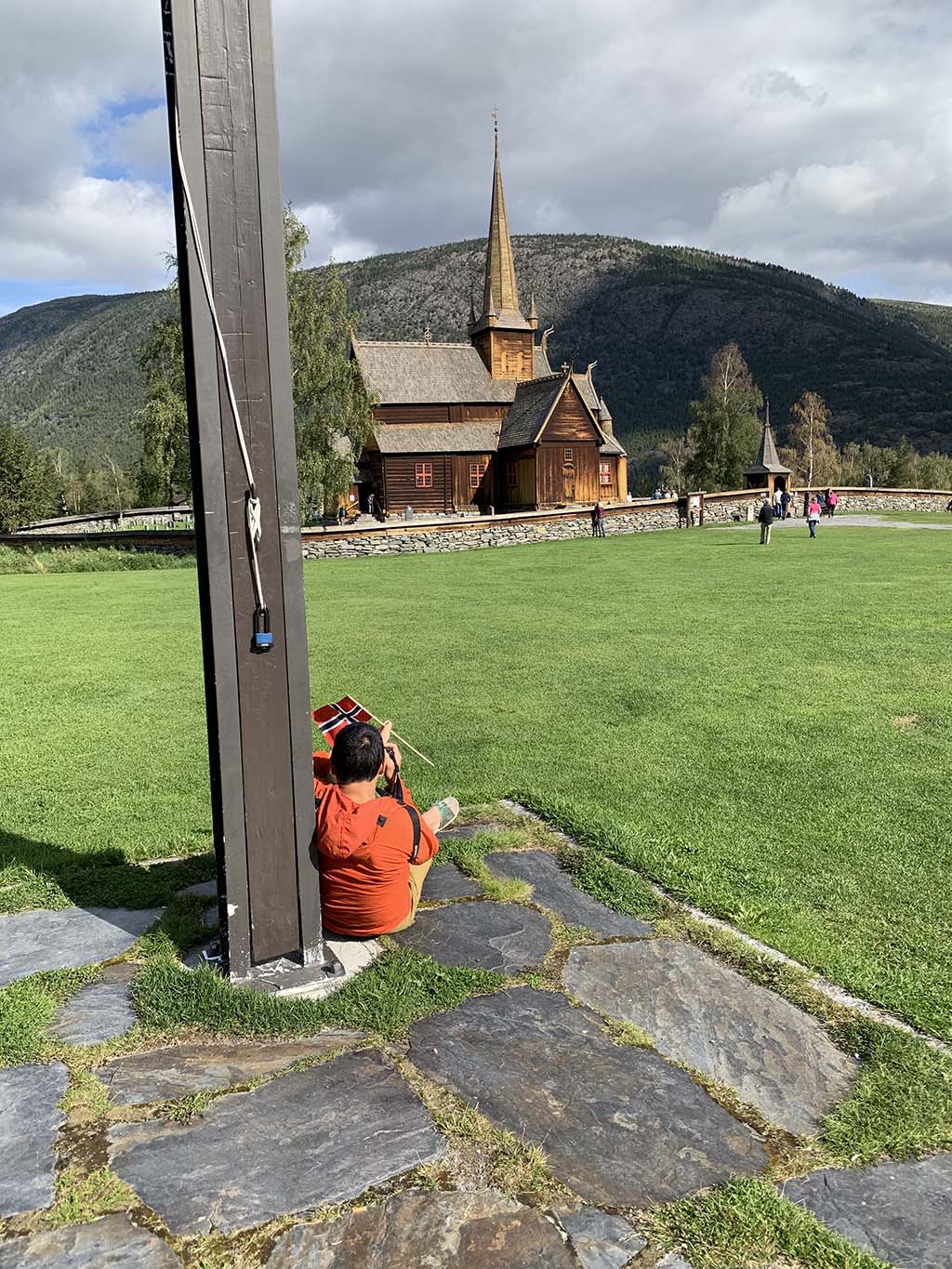 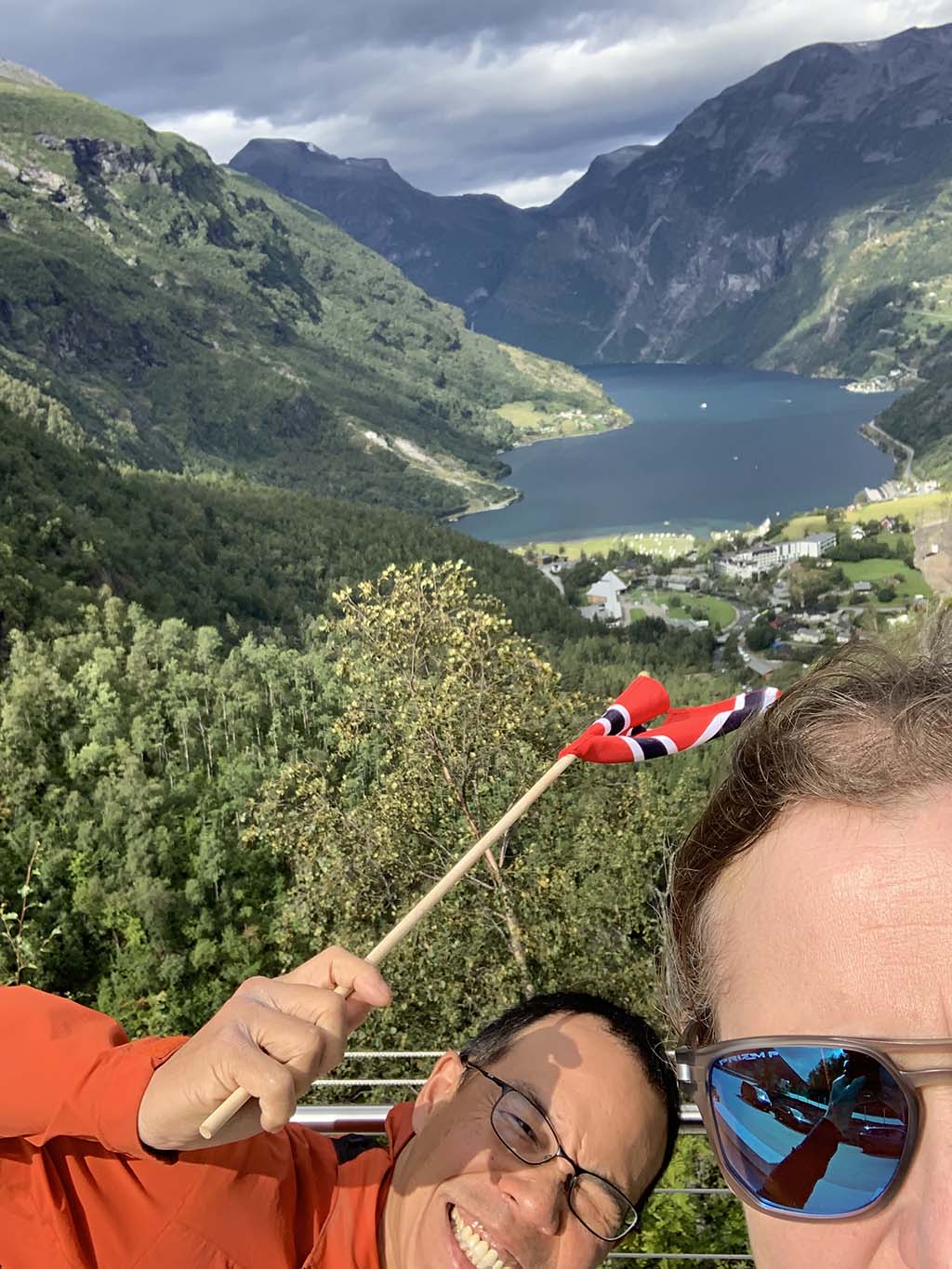 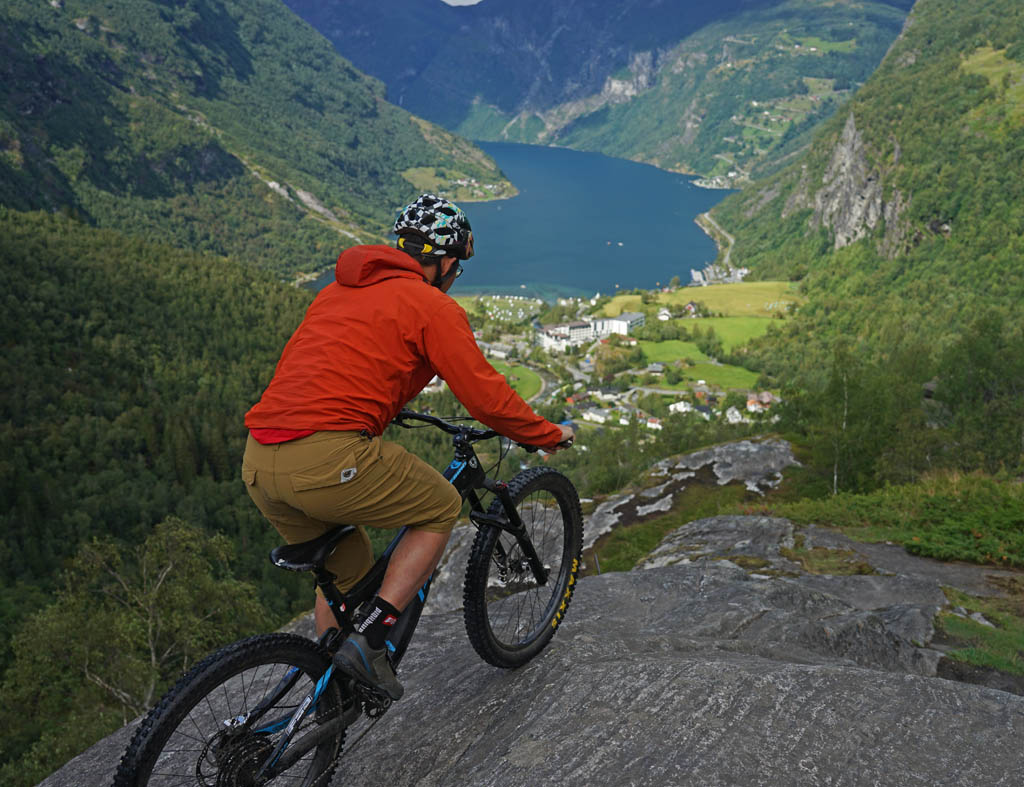 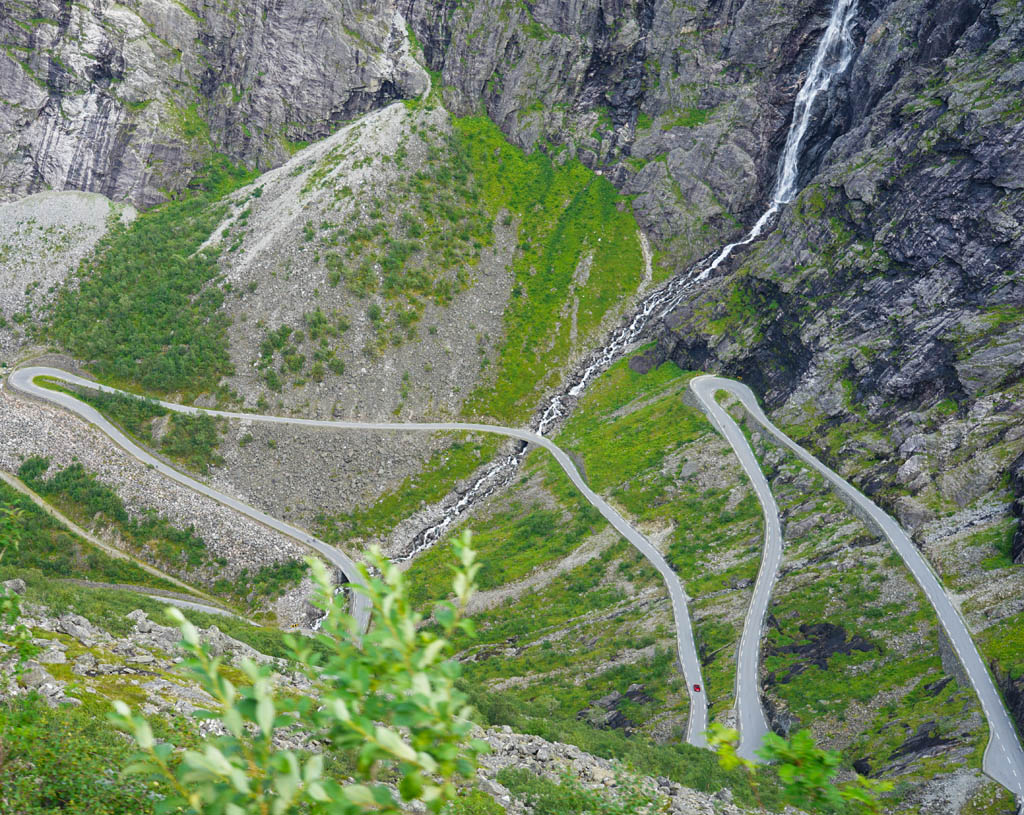 Trollstigen road heading down to Romsdalenfjord 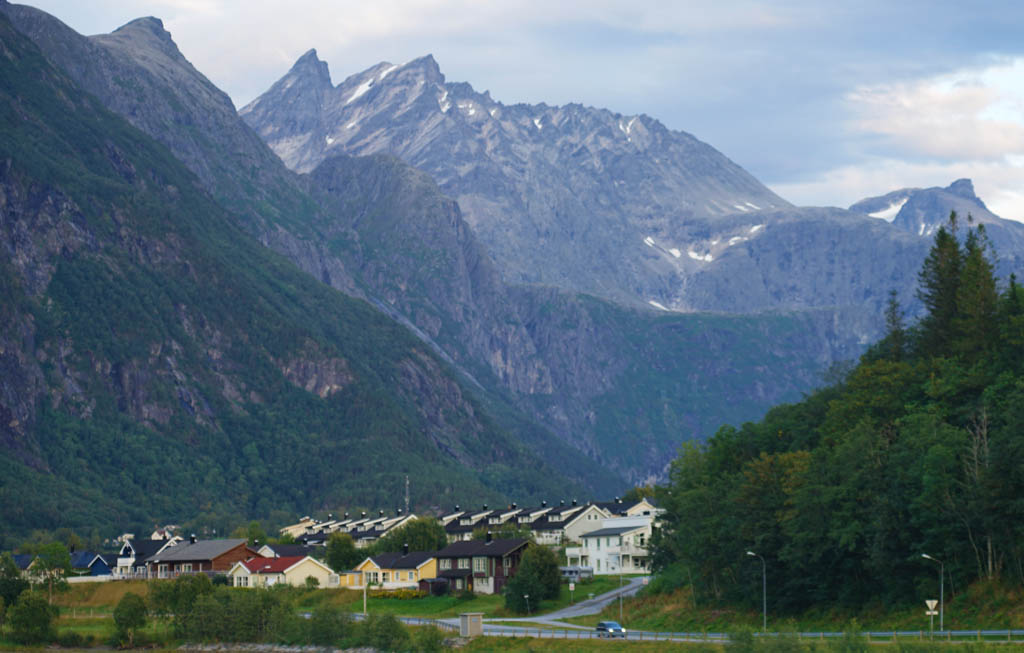 View down Romsdalen valley from Åndalsnes 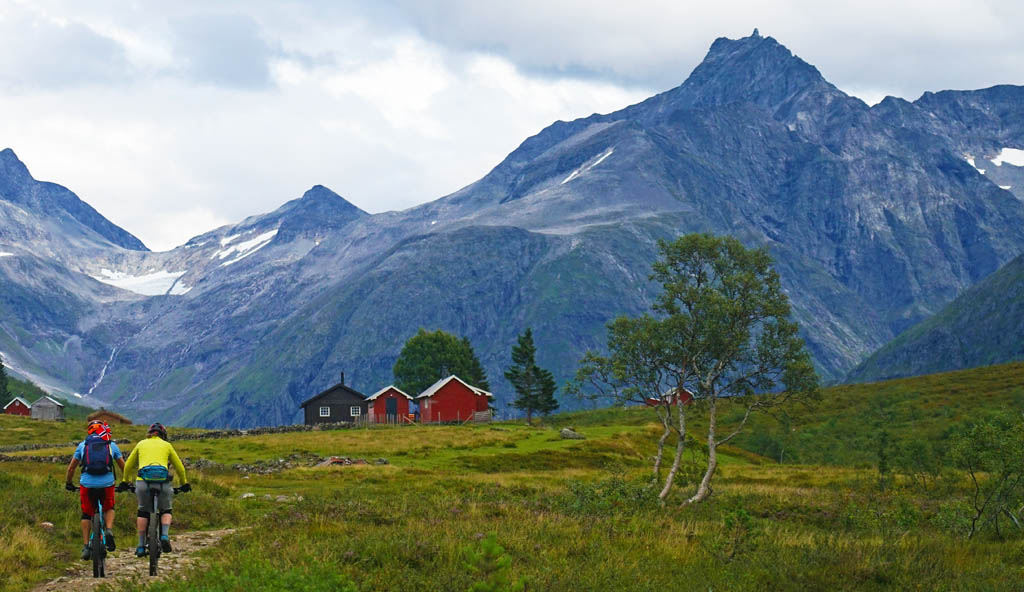 Dinner in one of the three nice places in Åndalsnes. Restaurant La Vue

Dinner at Restaurant la Vue at the Grand Hotel Bellevue

The next day we road at Tarløysa

Back to Åndalsnes for burgers and beer at Sødahlhuset!

Next day at Sjurvarden. Potential here but the trails are rough, steep and very exposed to wind.

This entry was posted in 2019, 2019Ski and tagged andalsnes, norway, norway2019. Bookmark the permalink.