February 8 dawns overcast in the valley floor at 650m. But a check of the webcam on the top of Blackcomb at about 1800m shows that it is beautiful and clear. Off to Blackcomb we go.

While cold in mid-mountain and the valley it’s toasty warm up high. Getting into backcountry via the lifts gives one easy access to high alpine very quickly. Sure its cheating but the guilt soon passes.

Map of the area in which we ski. We started off going south from the Horstman Glacier through the saddle between the Spearhead and Blackcomb Mtn, then east to Decker Glacier sweeping along the northern side of that Glacier to avoid some spooky looking cornices on the Decker ridgeline. After seeing another party skin straight underneath that ridgeline we then went north on Decker Glacier directly to the saddle and then skied down that very same north face to the foot of the glacier. Then we contour up a ridgeline on the south side of the Spearhead Glacier and drop onto a nice north-east facing slope dropping into the Spearhead. Finally we skin up to Corona Bowl, ski down and then work our way over to lower Poop Chutes. 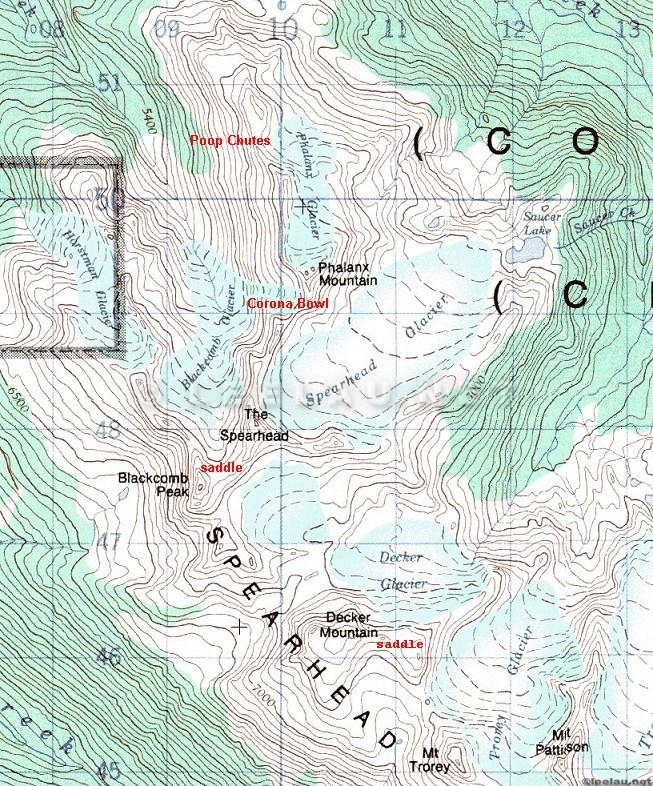 A quick lift into alpine also means I get my first set of turns in just as quickly. 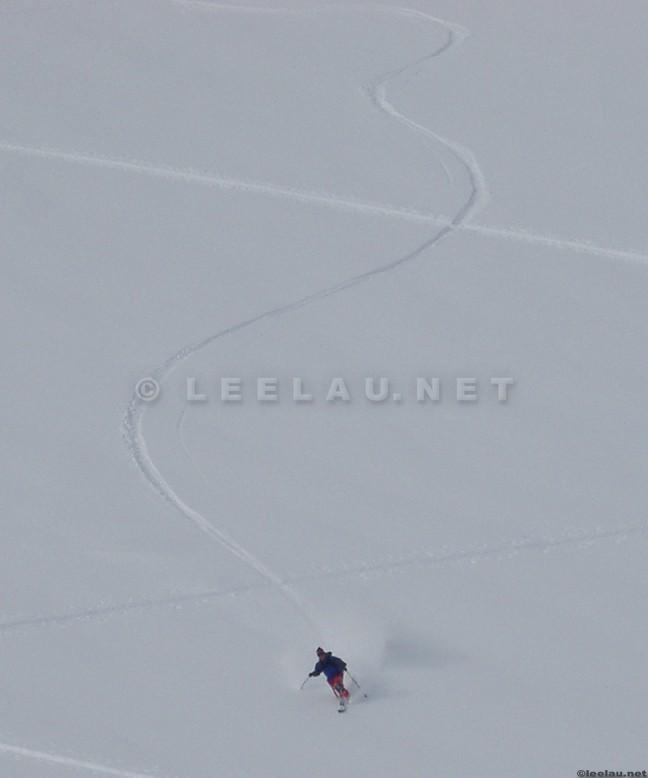 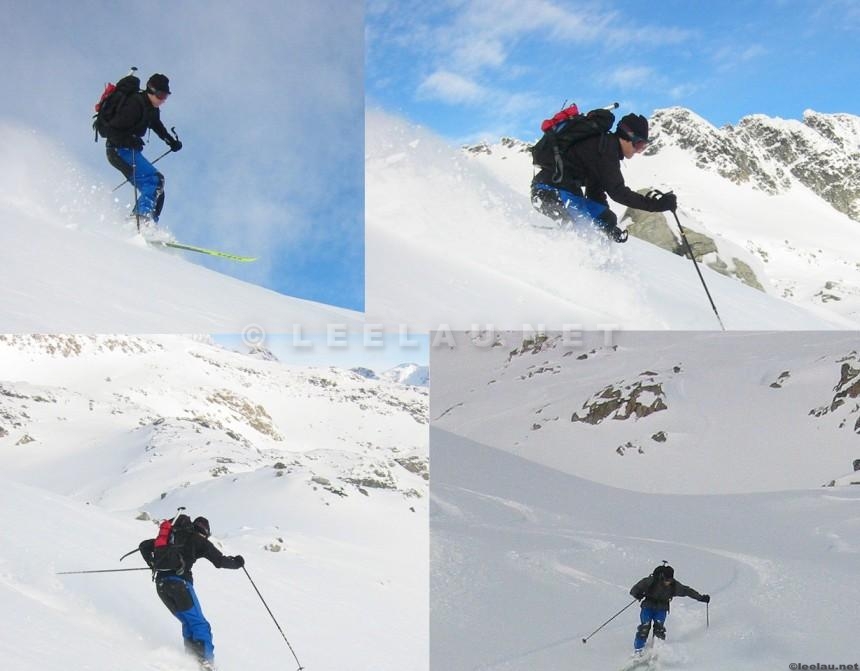 Me skinning north up the Decker Glacier to the saddle. 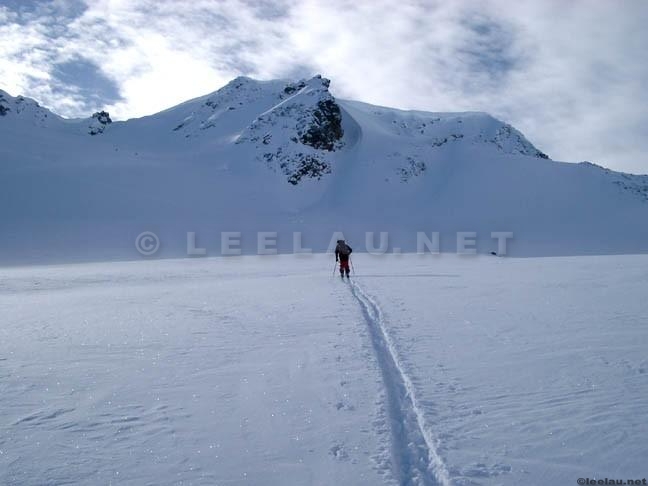 Steve at the top of the saddle on Decker. 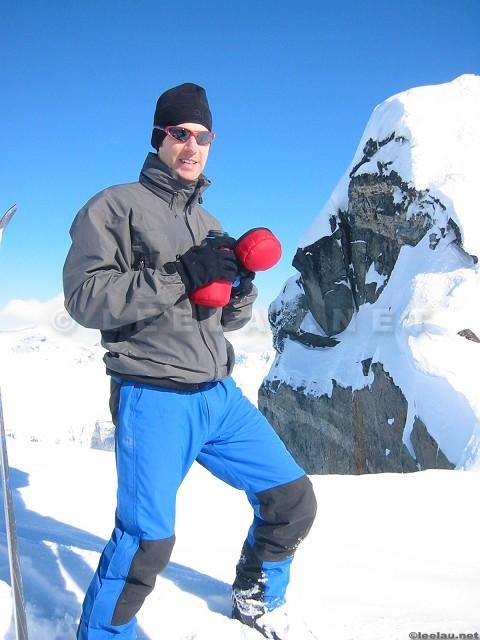 The top part of the slope is steep and I’m a little shaky on my turns. 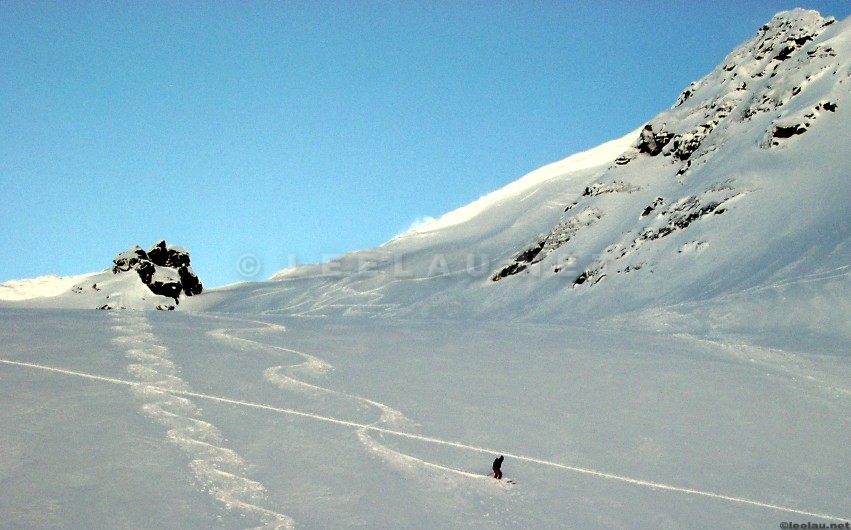 The bottom bit is fine though and I’m loving the nice soft gs turns coaxed out of these veteran K2s. 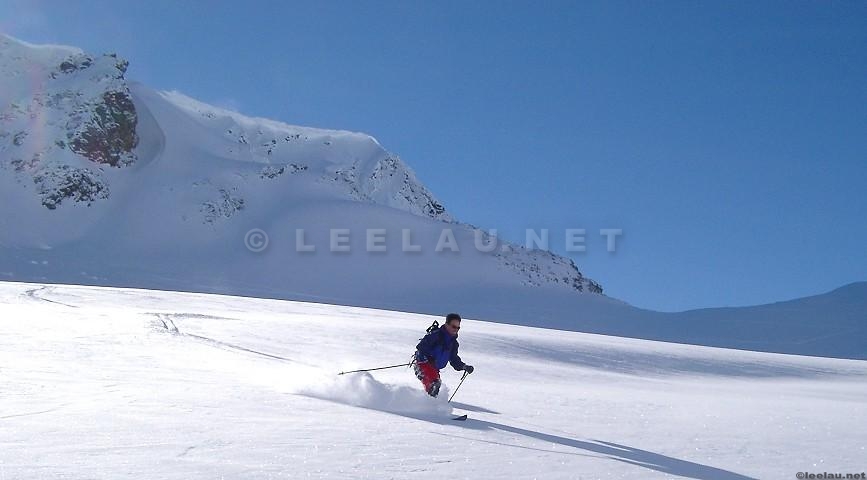 Foot of the Decker Glacier and its time for lunch. Entertainment is provided by another group cutting lines down this south-facing slope and some snowboarders airing off cliffs (they were too far away for good pictures unfortunately) 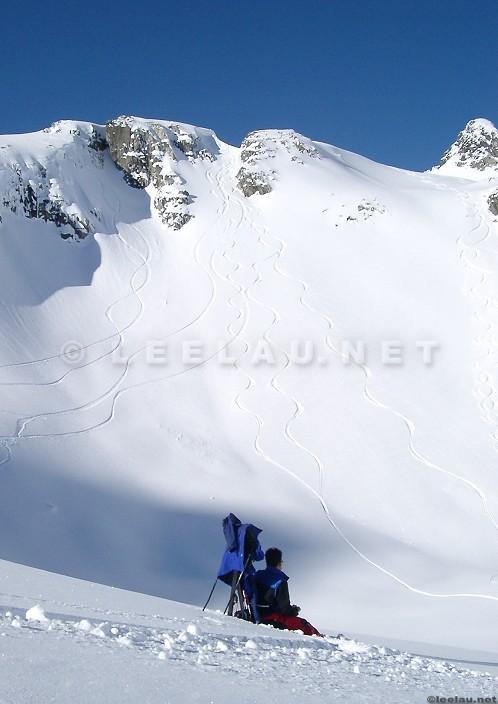 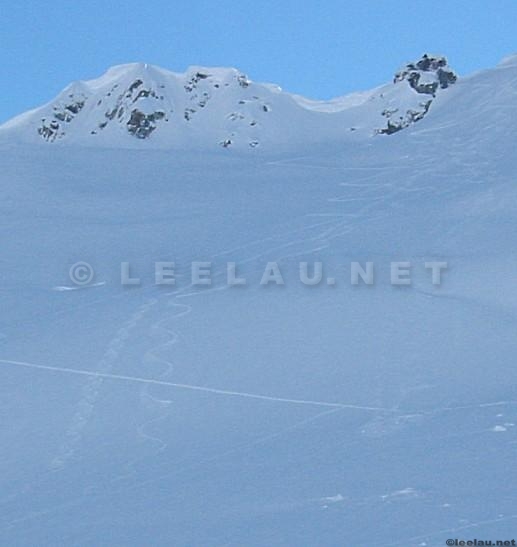 After lunch, we gain the Spearhead ridgeline. Its a little windy up top but there’s still lots of clear air and powder for Steve to carve up a north facing slope. 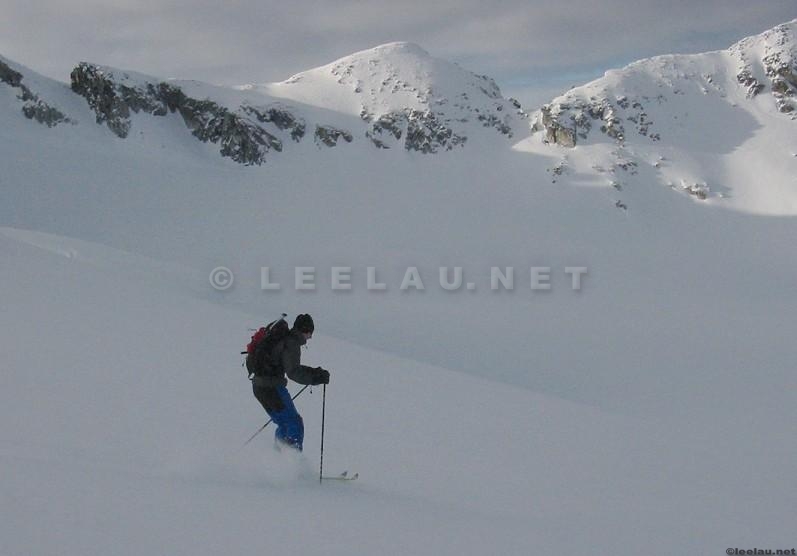 Then its my turn 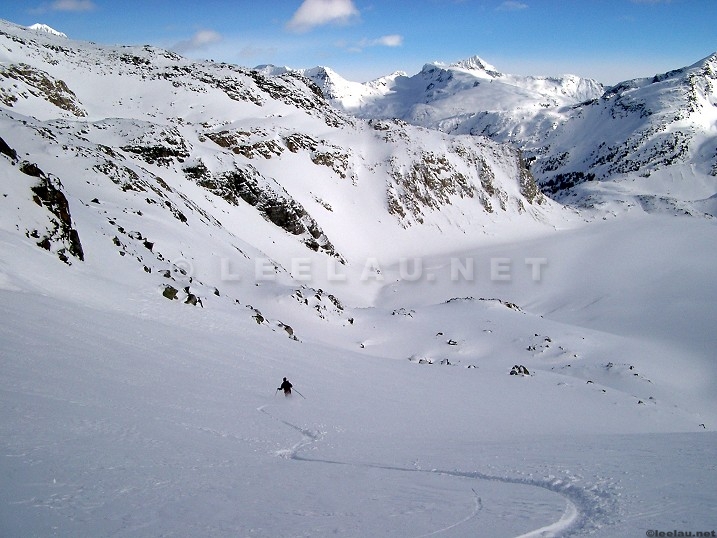 Off we are to Corona Bowl where we run into – of all things – a posse of Norwegian telemarkers. You can see them on the top of the picture skiing the steep line. Steve is skiing in the sunny portion of the picture. The Norwegians were pretty good! 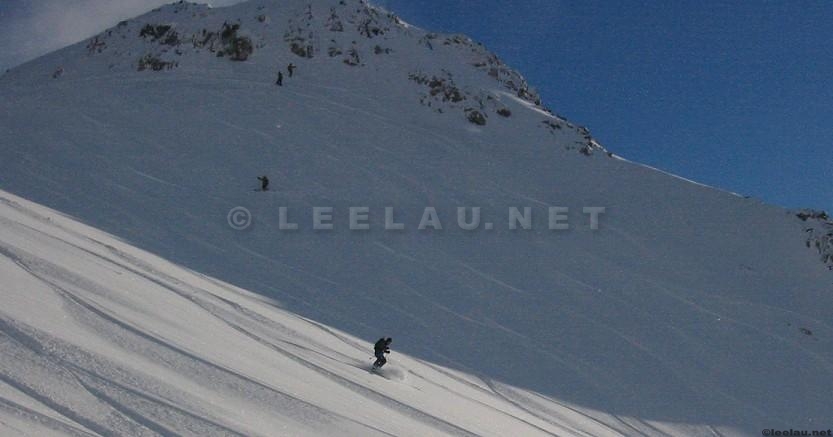 Inspired by the Norwegians, I try to keep some form down Corona Bowl. 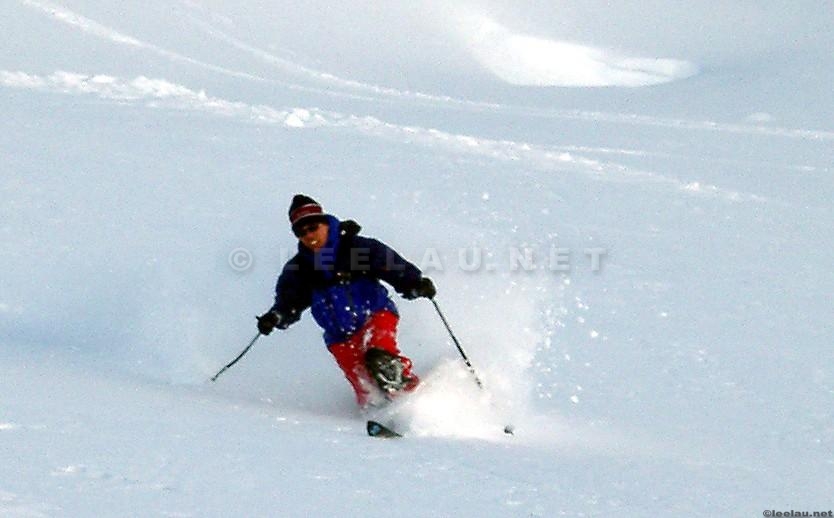 After an uneventful ski-out we’re back into the civilization and ready for the next day.

This entry was posted in 2004, ski and tagged blackcomb backcountry. Bookmark the permalink.