Hooked up with Justin for a tour to the Blackcomb Backcountry. Justin is one of those rare apocryphal sightings somewhat like the Yeti; a competent telemarker who actually tele turns. He was itching to do a one-day Spearhead but I convinced him that touring to and skiing off N facing peaks would result in a ski experience that would satisfy his needs as opposed to tromping around flat glaciers.

We hit Decker, Trorey, Pattison and Tremor. While Justin skied off the N face of Tremor I sketched down the Hourglass face. Sluff management was definitely the order of the day. Brian’s trip report on Hourglass from 2 years ago had inspired me – he had quite a bit more snow that time around and executed it a lot cleaner then I did! 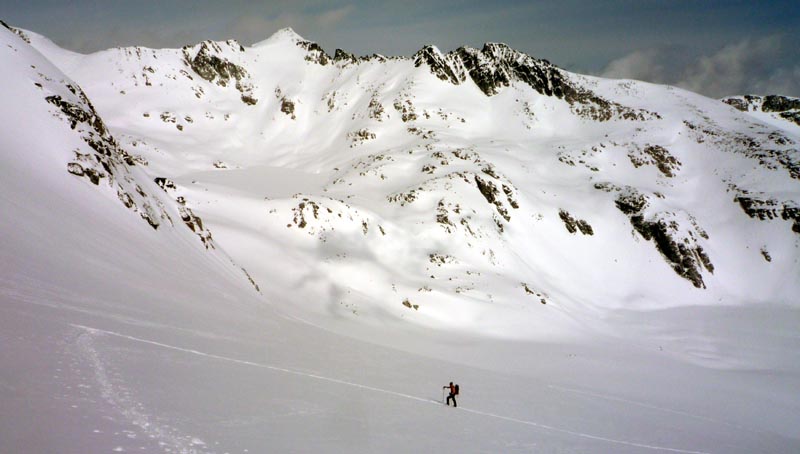 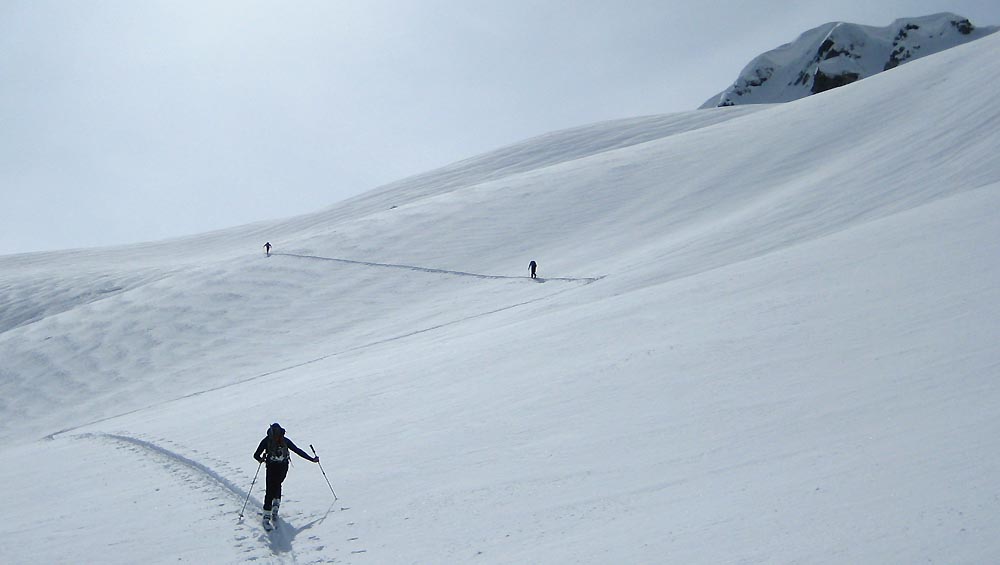 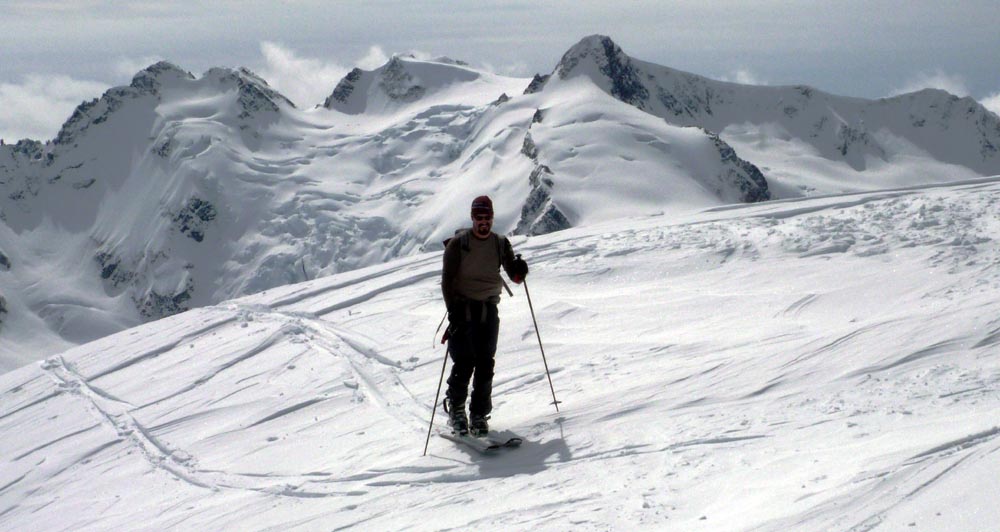 Justin making his way over to the NW face of Pattison. Fitzsimmons Glacier in the background 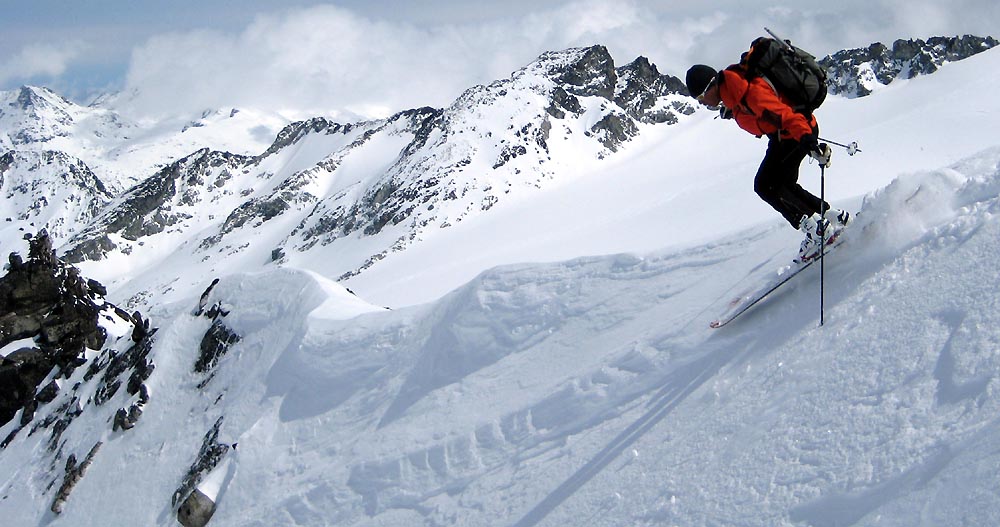 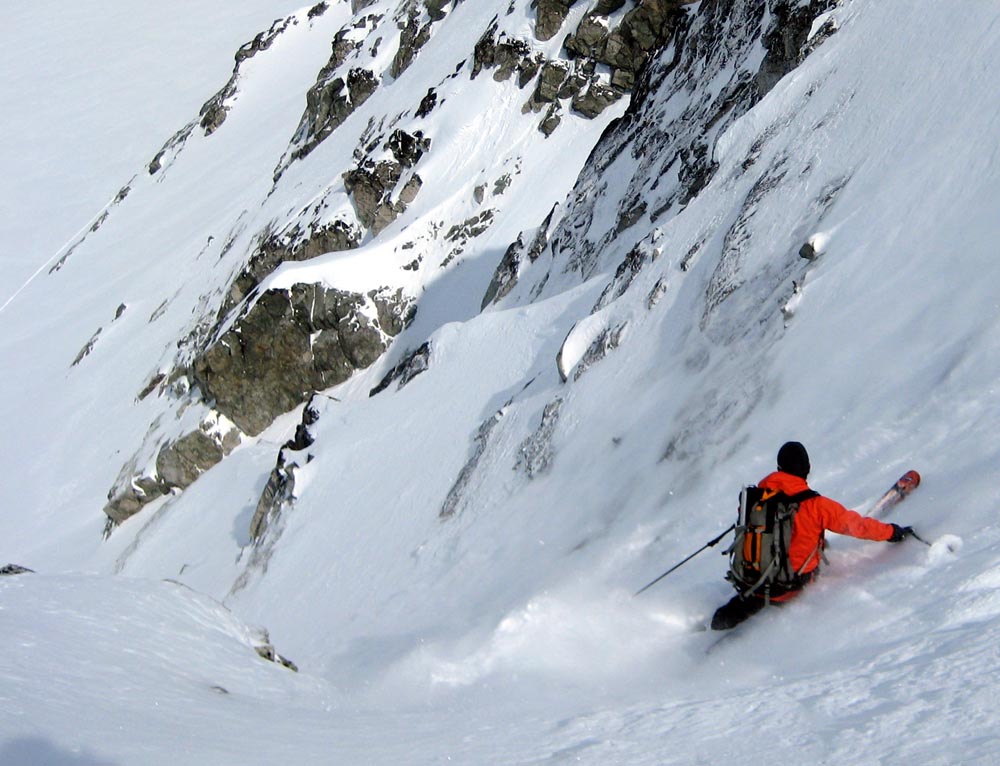 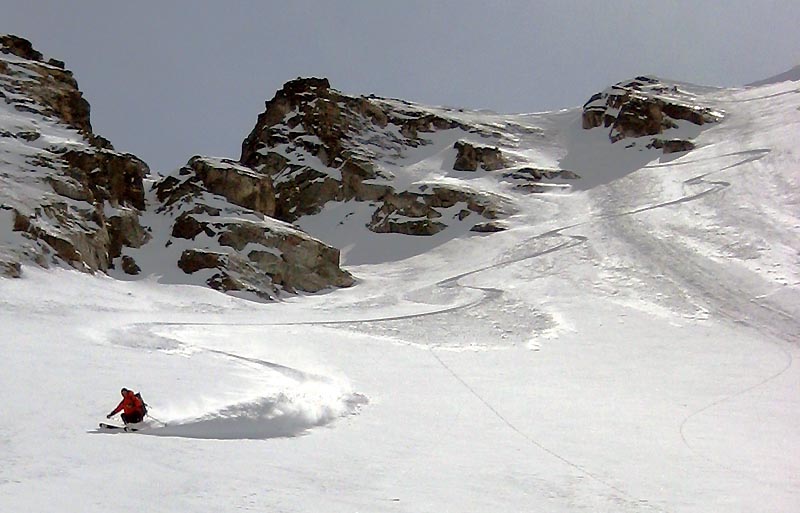 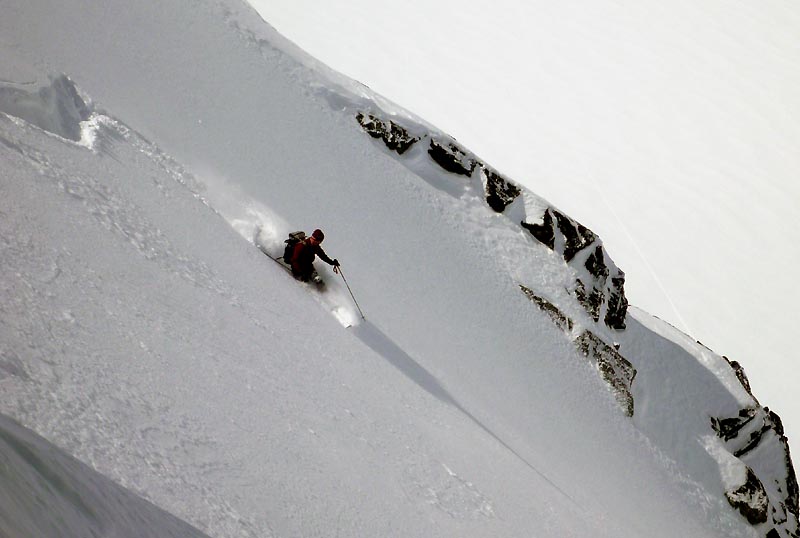 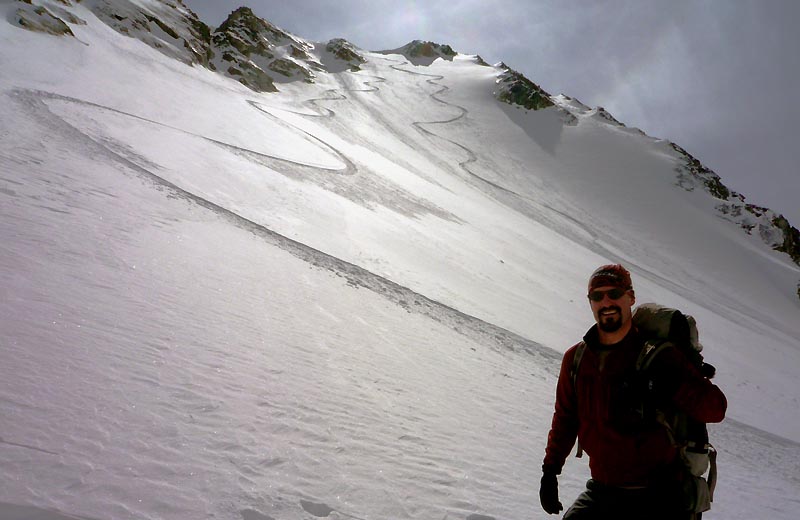 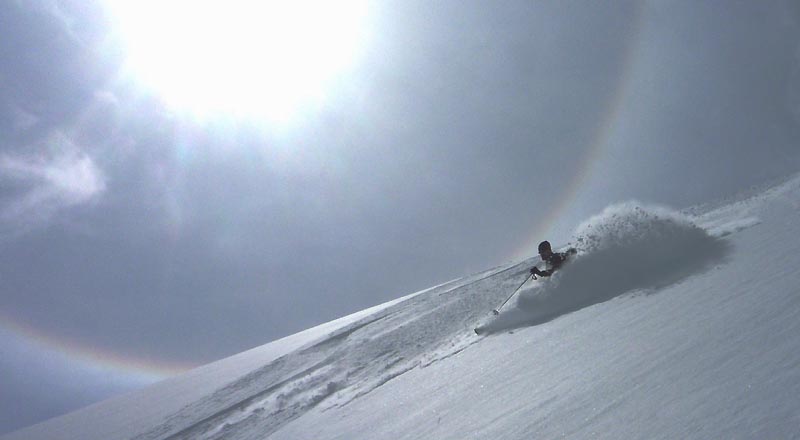 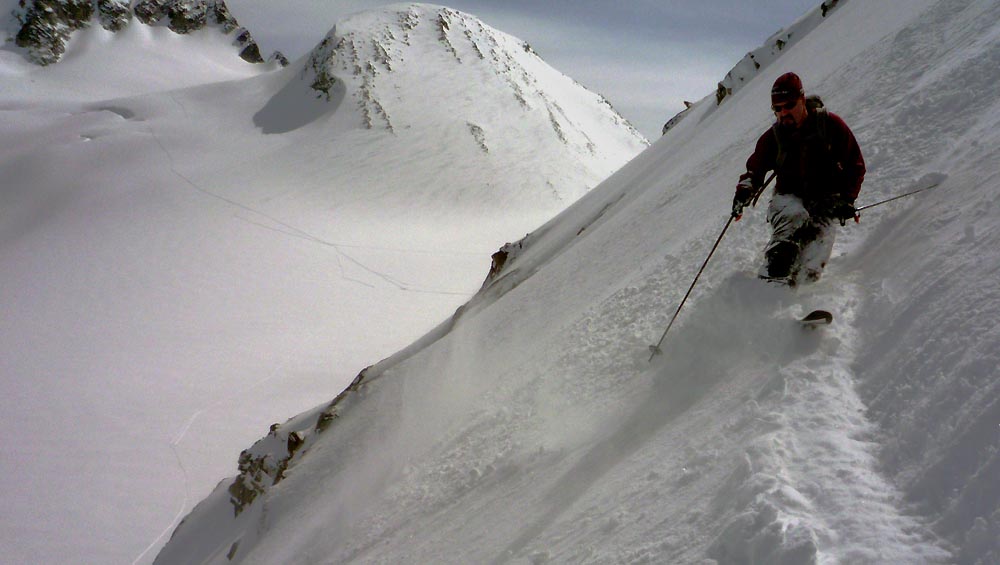 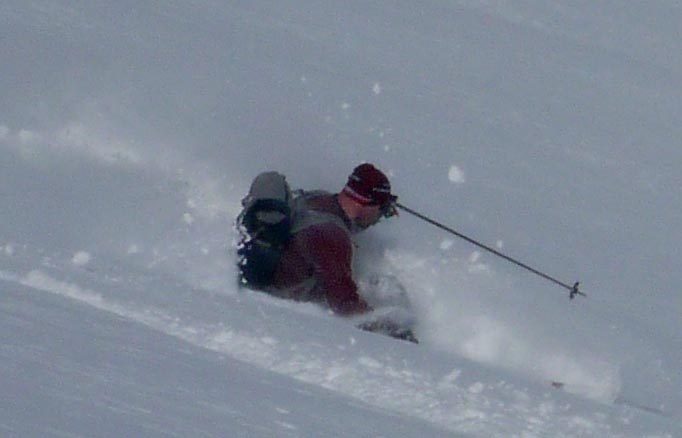 Skiing off the Tremor-Pattison col 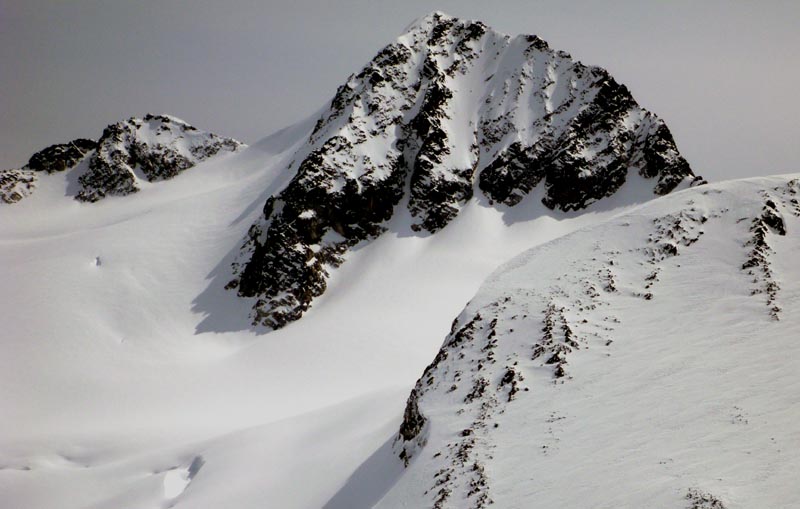 Tremor and the Hourglass face from Pattison-Tremor col 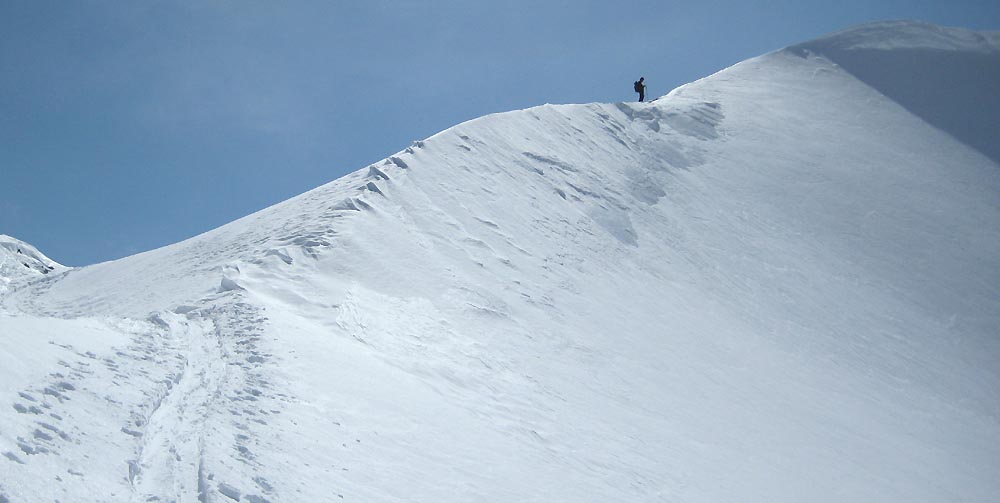 Lee skinning up the ridge to Tremor Pk 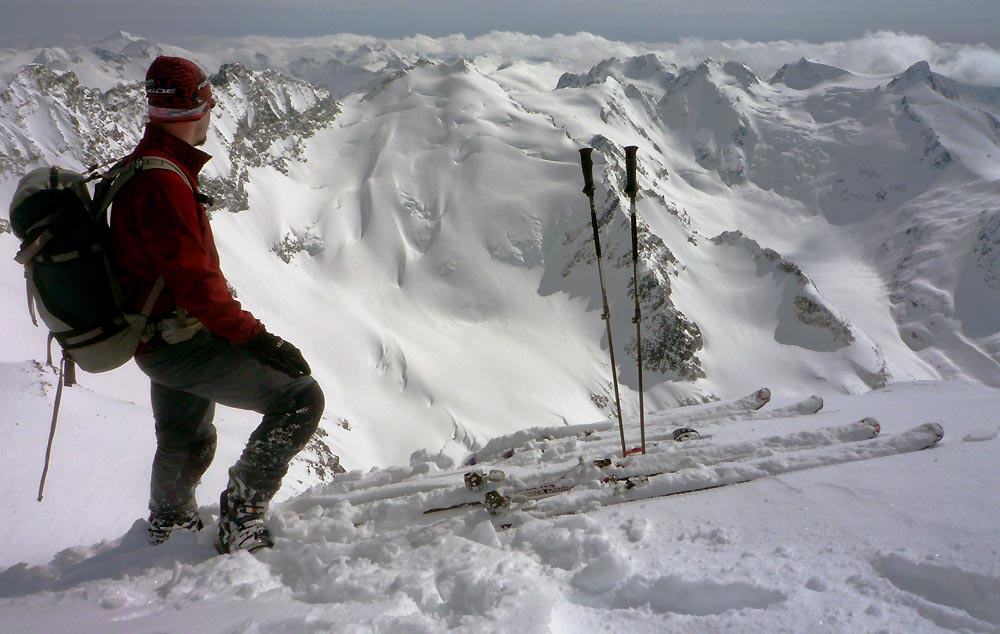 The traditionally breathtaking view from Tremor 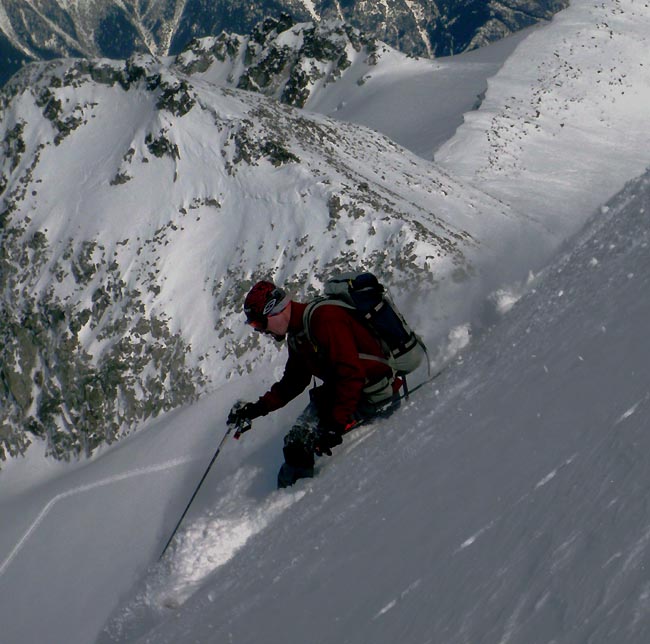 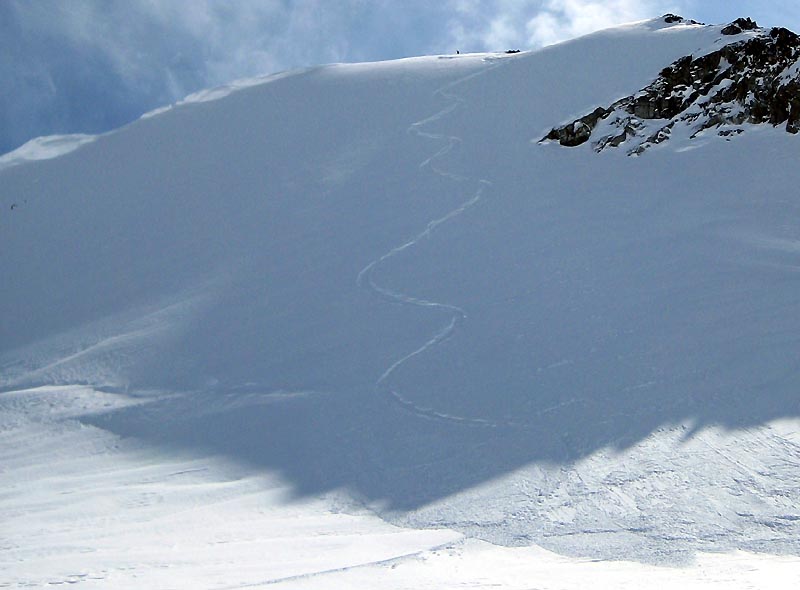 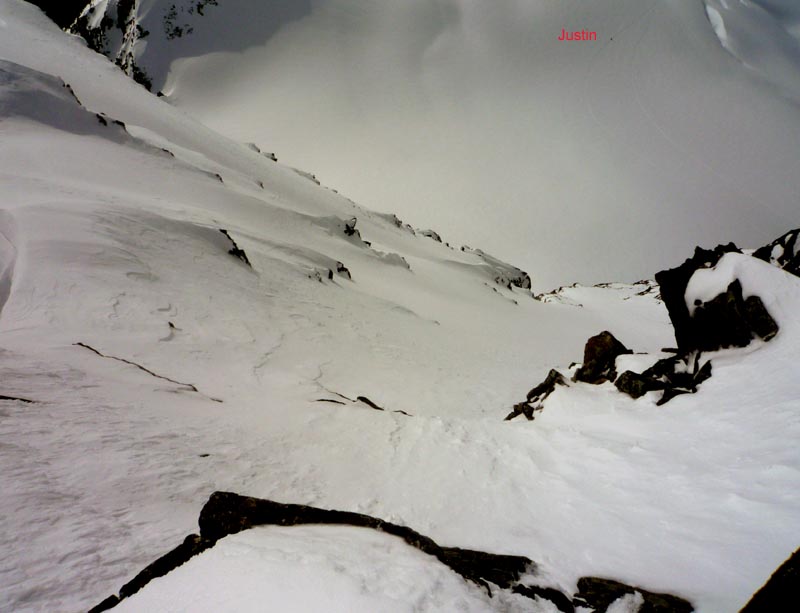 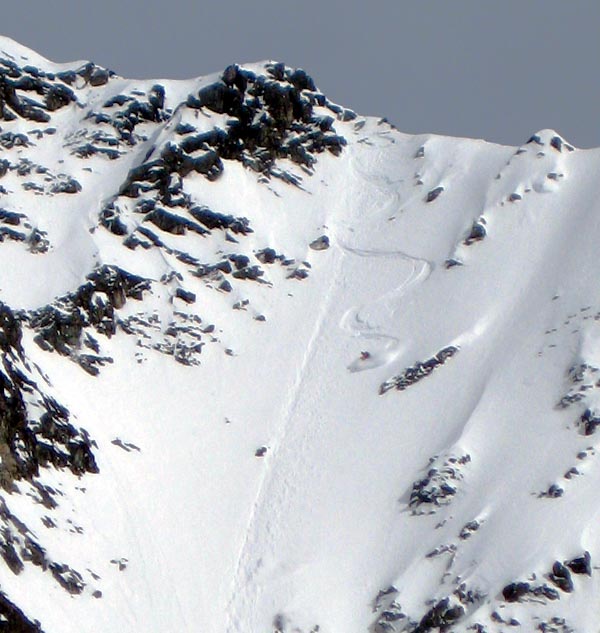 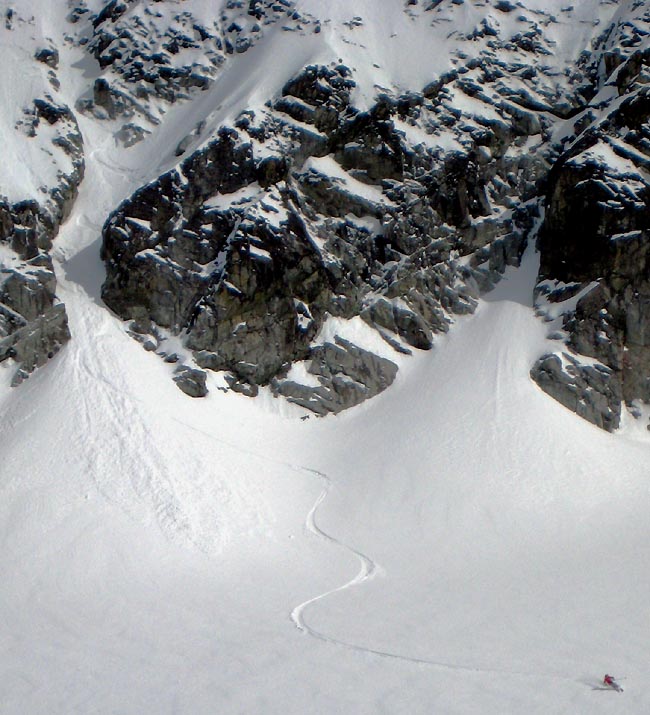 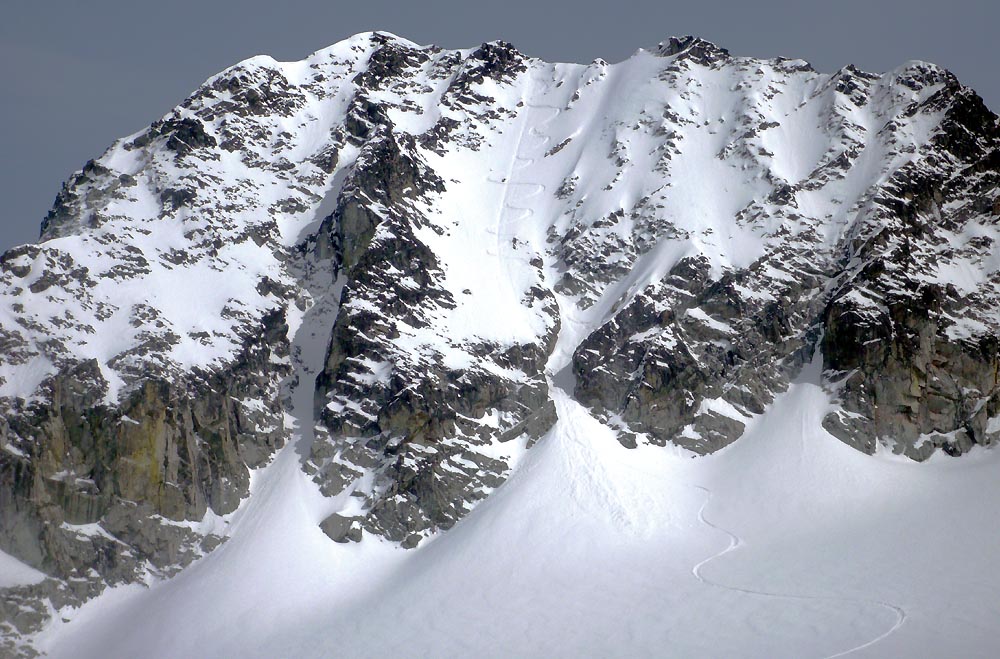 I skied off the Hourglass face 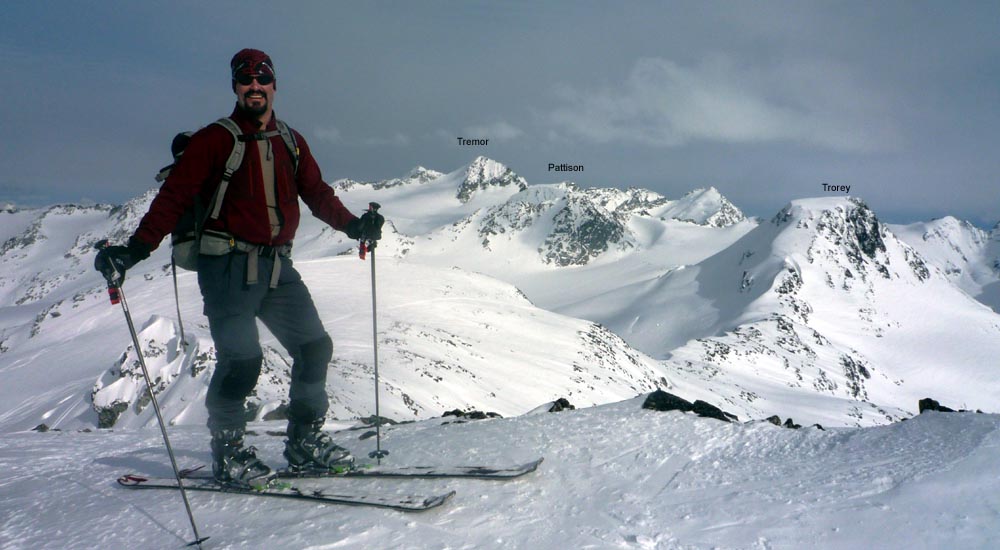 Justin at Decker taking in the view of from whence we came. We still have one more N face of Pow to slay