The Burgess Shale is a 508 million year old UNESCO fossil bed in the slopes in Yoho National Park near the town of Field. Discovered in 1909 by Charles Walcott when they were surveying for a railroad route through the Rockies and Rogers Pass. The 65,000 specimen fossil bed records a rich and diverse marine community, some extinct some giving rise to organisms living today. Our hike was guided by Parks Canada. It was a long day, but not a tough hike. The guide keeps you at a reasonable, albeit slow pace, and gives you historical information along the way.

On the way we spent one night at Fraser Creek rec site off Beaverfoot Forest Service Rd near Wapta Falls. All this to get a first come first serve site at Kickinghorse Campground to easily get to the Burgess Shale Hike for 7:00am.

Since we were at Kickinghorse early, we went to Golden for the day to ride down the Schacher trail off Mt. Seven. You can climb up this trail, then ride down or get a shuttle. Which is what we did.

After the Burgess Shale hike we decided to camp in Rogers Pass at the Illecillewaet Campsite and check out the zones we ski. It was a great idea. We’ll go back here for sure. There are lots of hiking options right from this site. Since we were there in July reservations hadn’t begun so we easily got a site. If you go later reserve early. I’m sure it will fill up fast.

When we left Rogers Pass we did a short ride in Rubberhead near Salmon Arm. It was a really hot day so we just went up the new climbing trail and took the shortest access to Ravine.

Our last night of camping on the way home was off Hwy 5A between Kamloops and Merrit at Stump Lake. Darlene and Doug shuttled us to the top of Mt. Seven. Thanks!

Rolland from Seattle joined us for the ride/hike. 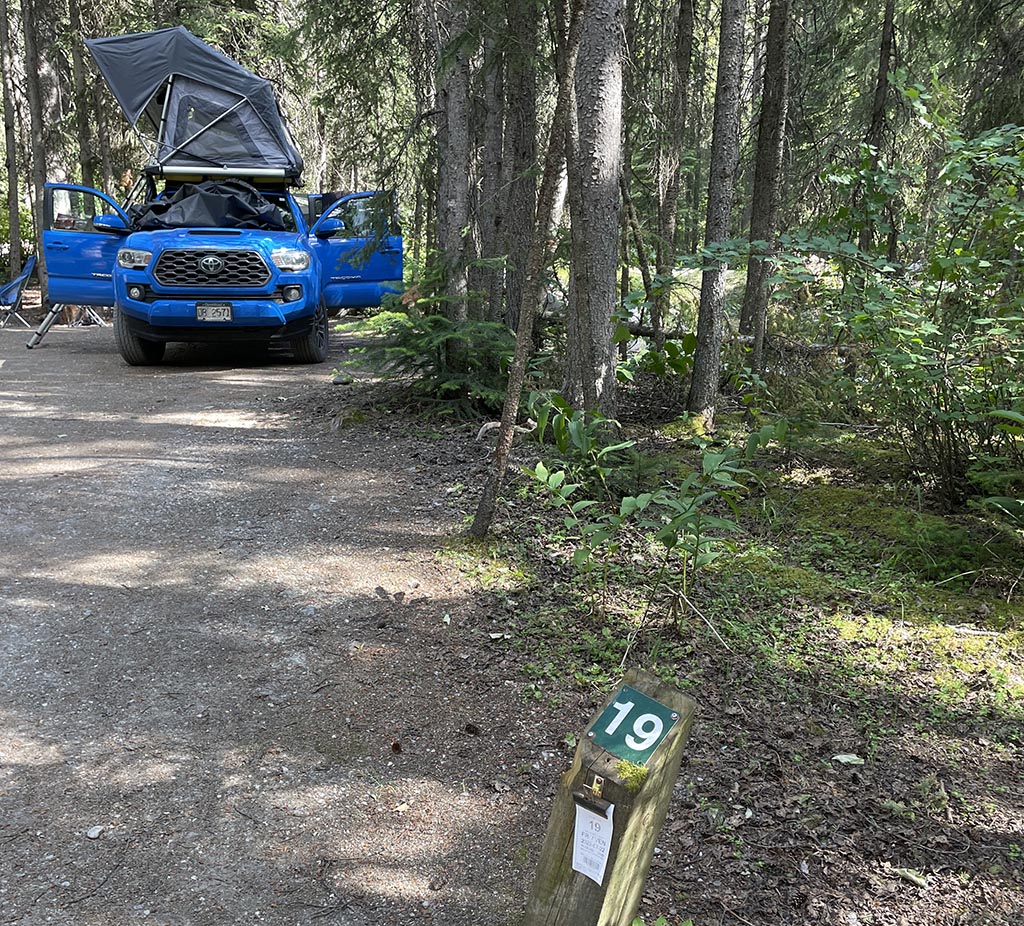 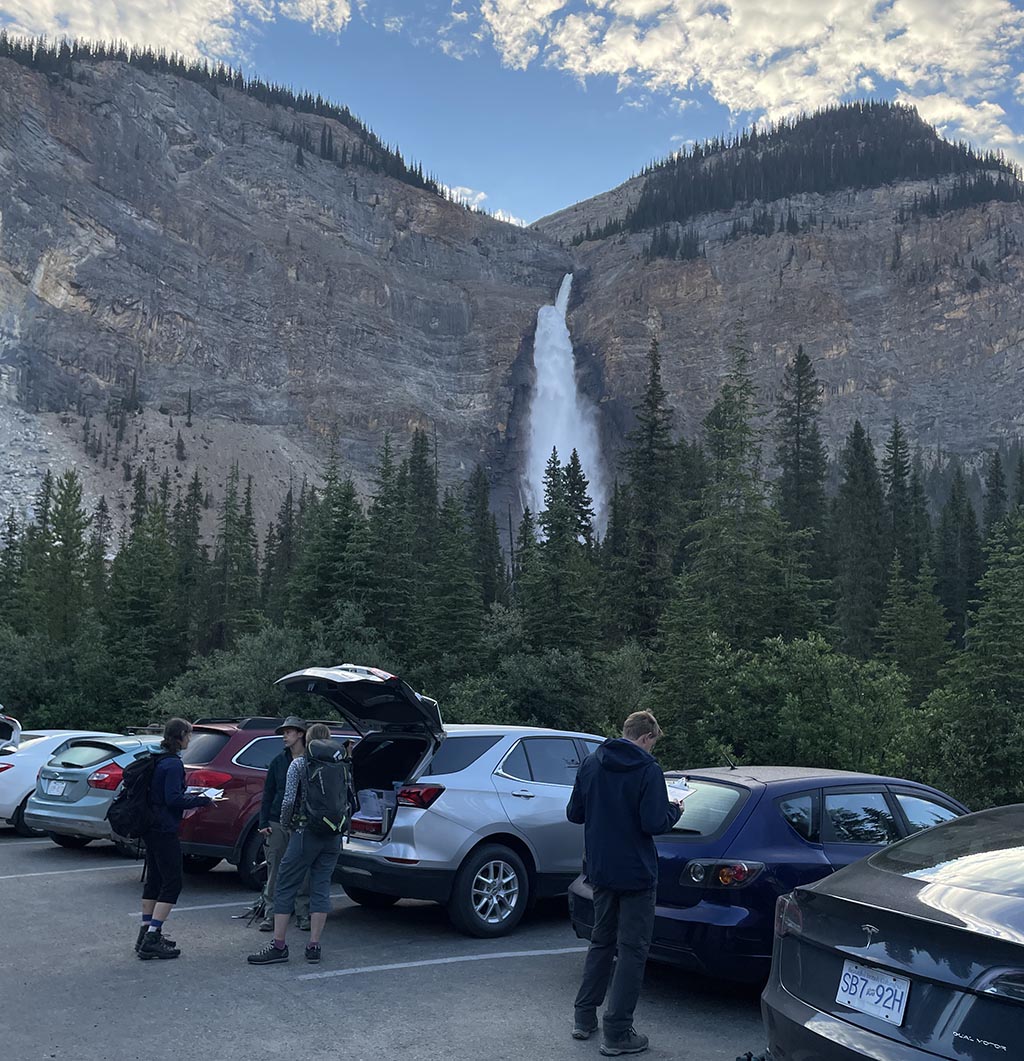 7:00am meeting at Takakkaw Falls. 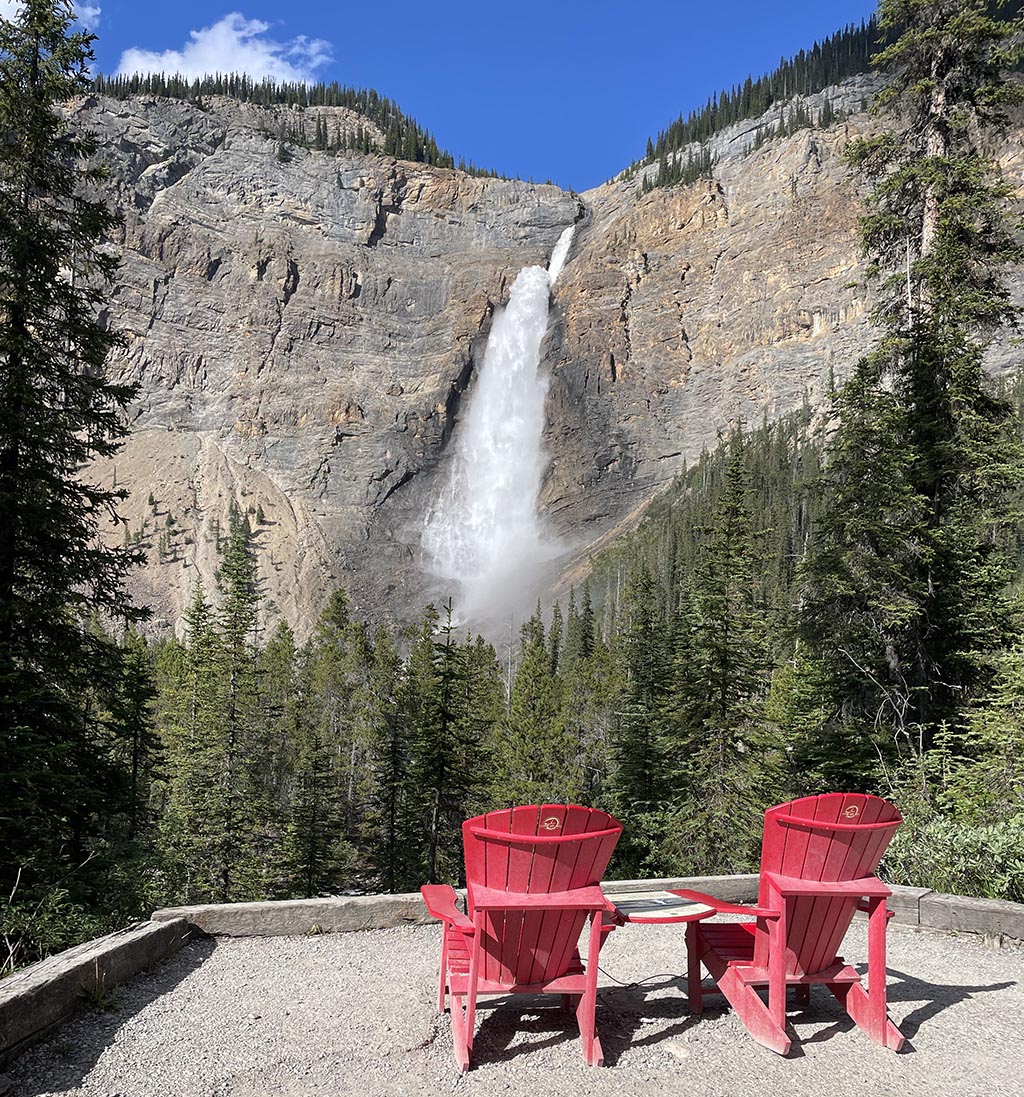 Parks Canada is putting these Adirondak chairs on a bunch of spots in their parks. Kinda cool. 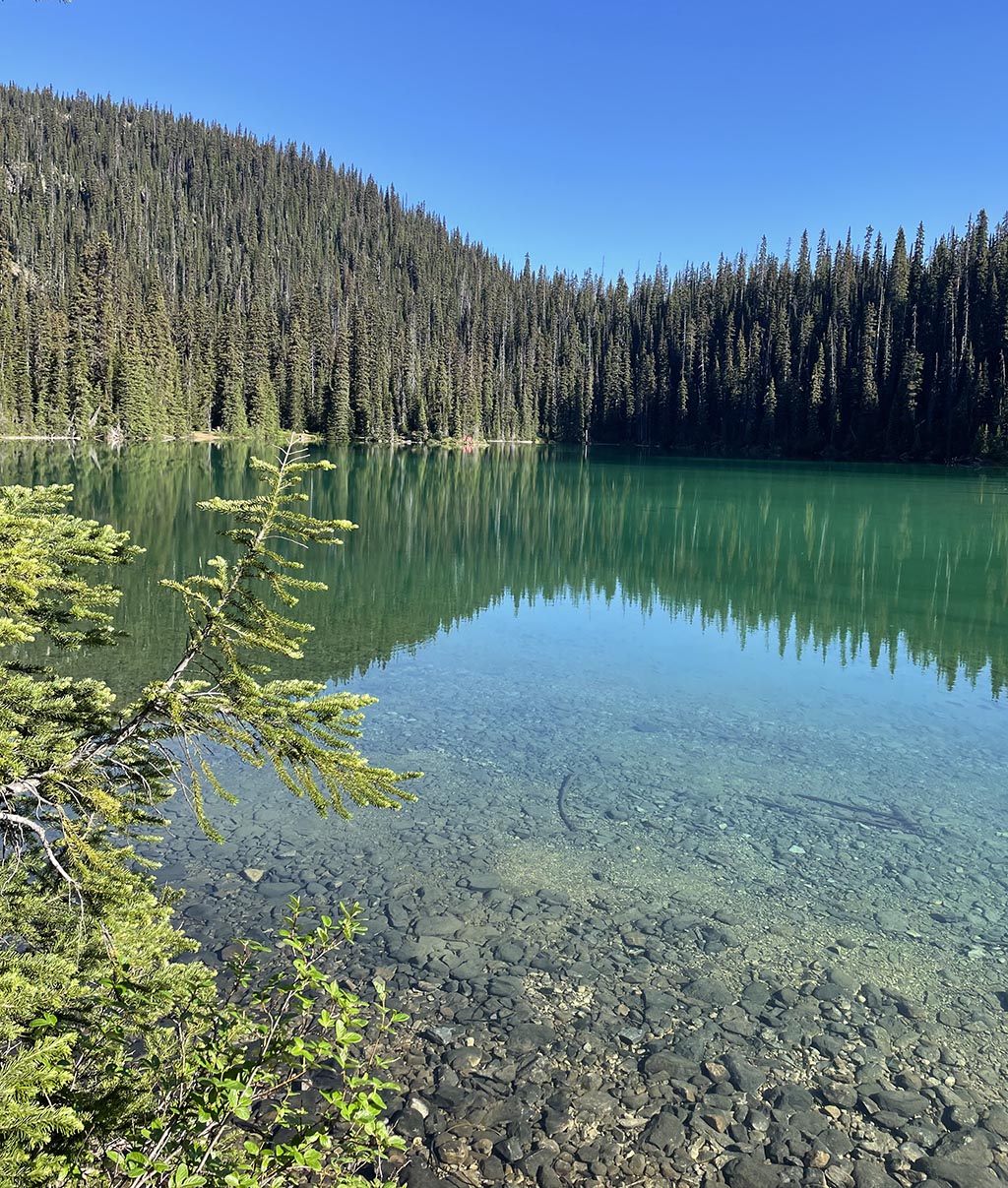 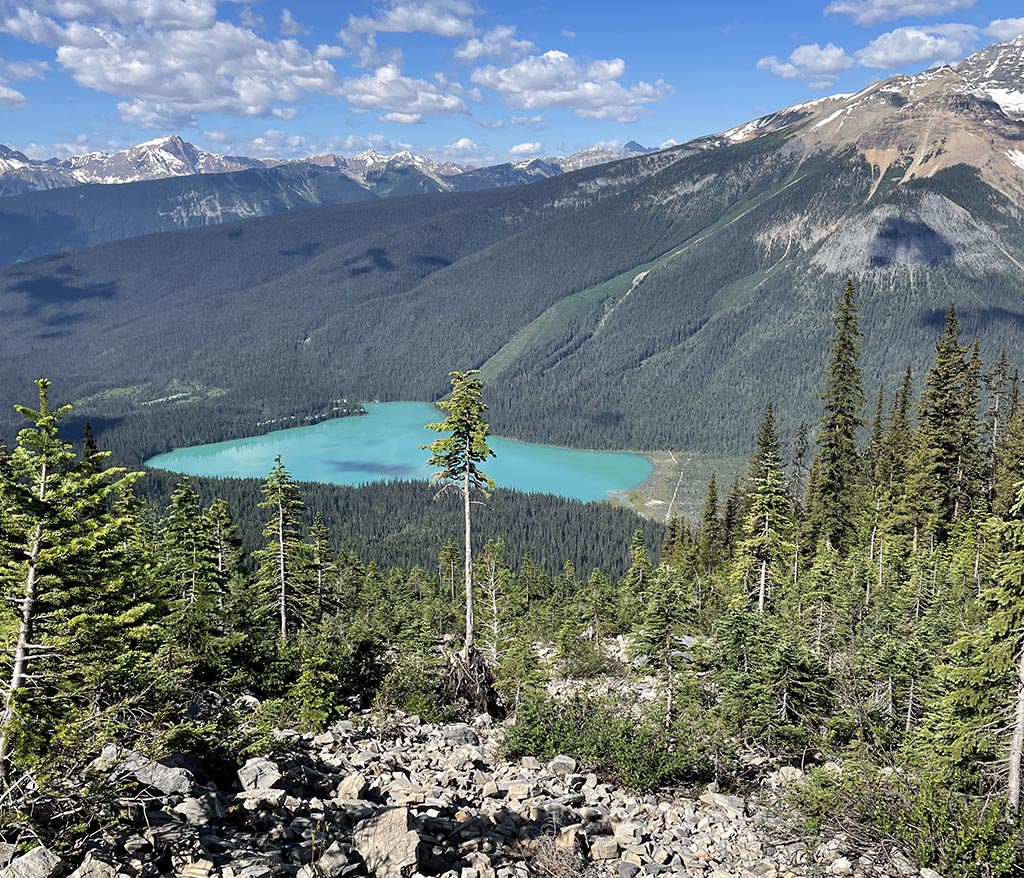 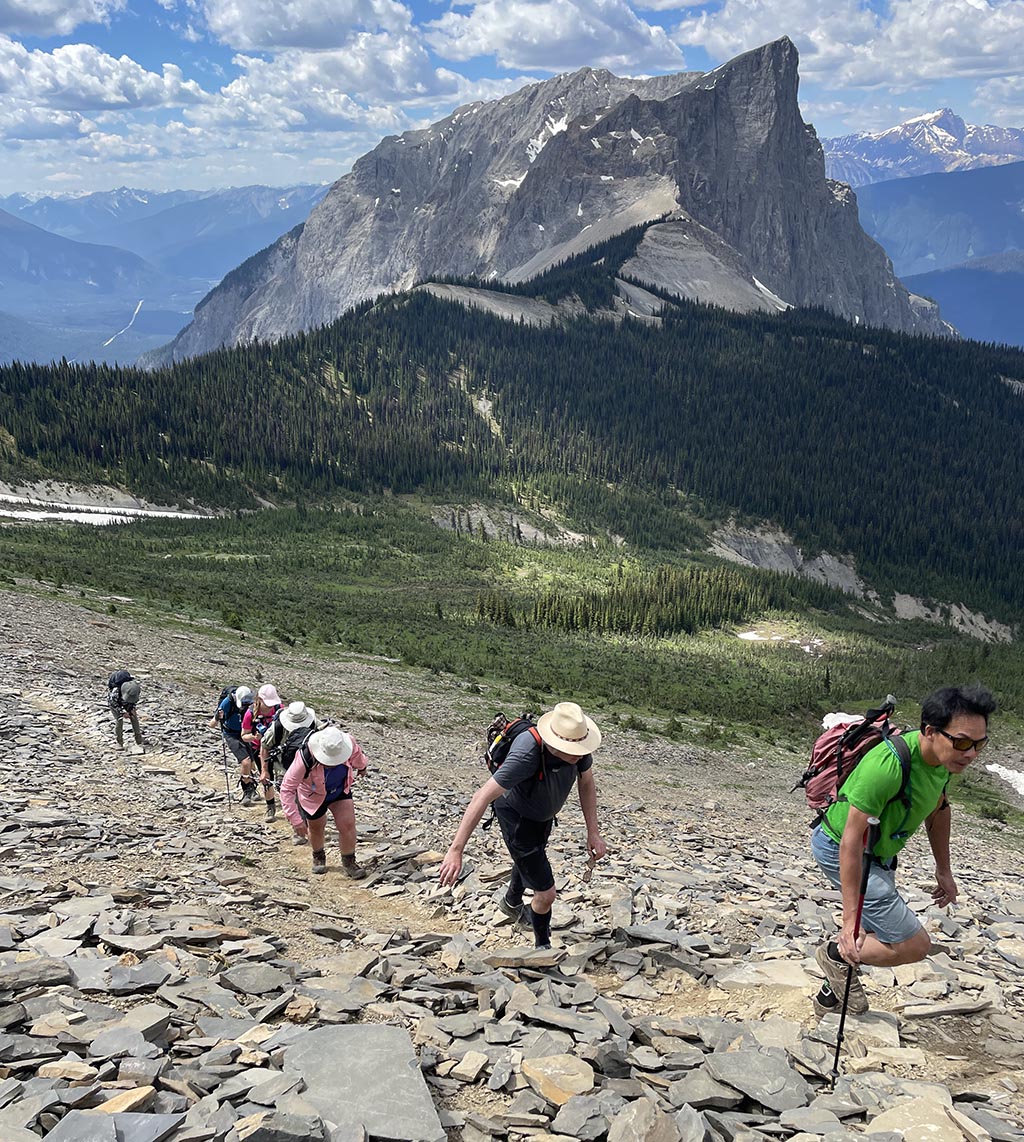 Burgess Mt in the background, this section is restricted. You need a guide to enter. It’s monitored. Selection of fossils for display where they were found.

After Hiking in Yoho we decided to stay in the Illecillewaet campground and hike some areas we ski in the winter. I can’t remember the site we were in but it was close to the river. Loop Brook, built in 1885, was the crux move for the Train and the reason they built the Cannaught tunnels in 1917. 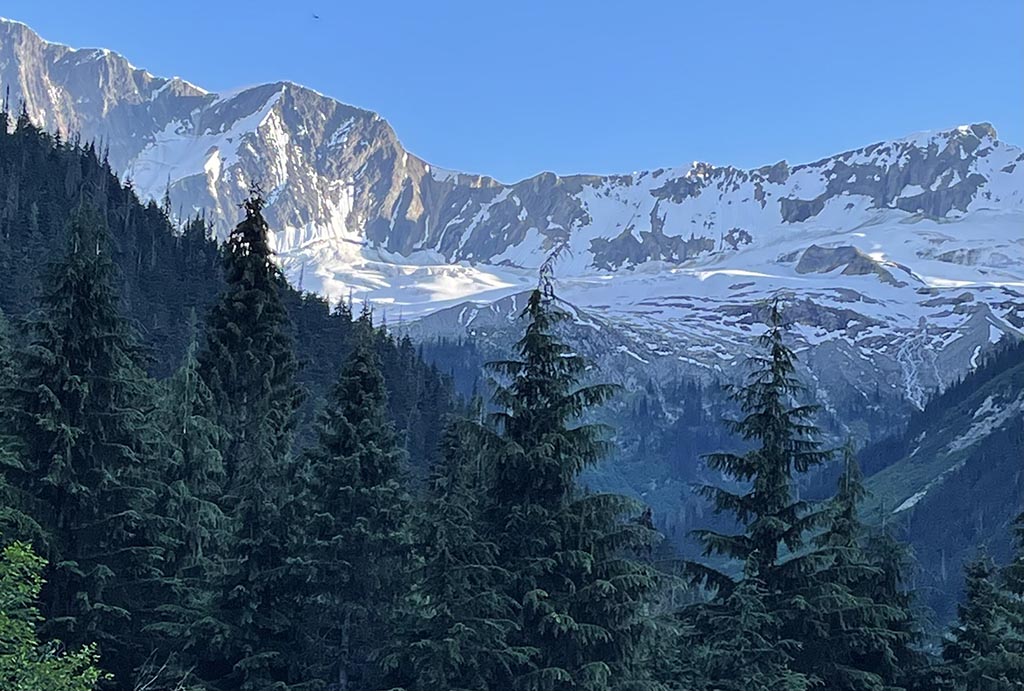 Bonnie Glacier. Avalanches from here closed the tracks at Loop Brook requiring the building of the tunnel. 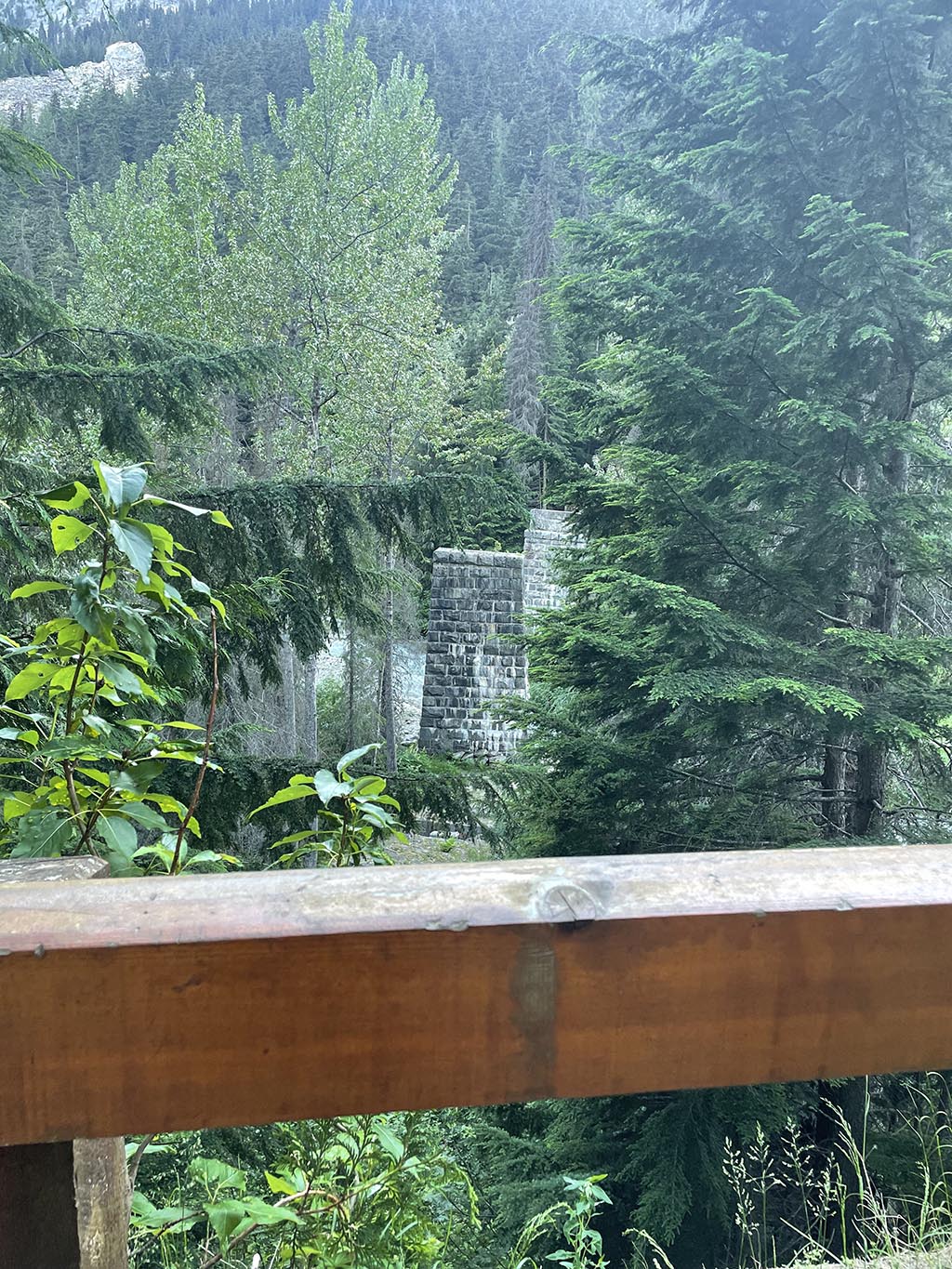 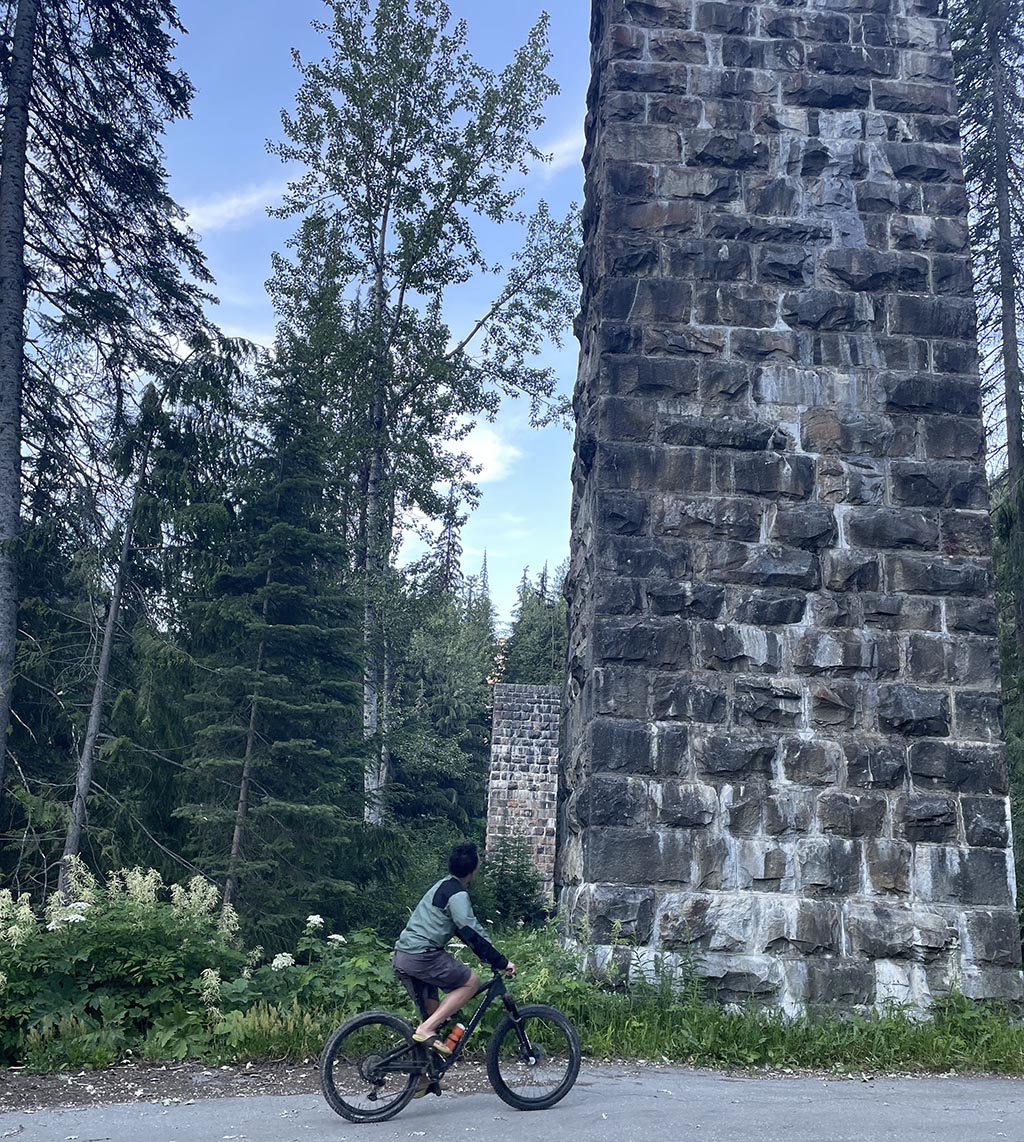 Location of the joining of the Railway’s East and West sections.