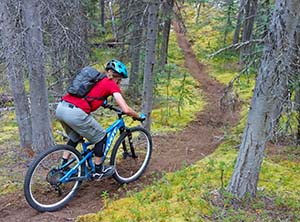 Carcross is a town 40 minutes away from Whitehorse. Established in 1898 as Caribou Crossing by the gold miners who had reached this junction point of the Tagish and Bennett lakes on their way to the Klondike gold fields at Dawson, it has since been renamed Carcross to distinguish it from another “Caribou Crossing” in BC. Silver was also mined in this area in the 1900’s and it is to this industry we can thank for the roads up Montana Mountain. The Tlingit and Tagish people have hunted in this area since 4,500 years ago. We can thank them for some of the trails we now ride.

Carcross is mainly a First Nations community of 301 permanent residents ( 2016 census ) the majority of whom are from the Carcross – Tagish First Nation (CTFN). Its main industry is tourism; mostly from cruise ship traffic from the Skagway White Pine area and from outdoor recreationalists from the surrounding area drawn to Carcross’s lakes, mountains and more recently the Mountain Bike trails. Neither Carcross nor Yukon Tourism keep mountain-bike visitor counts but anecdotal reports from 2013 were of 3,500-4,000 visits during the short 4 month tourist season. 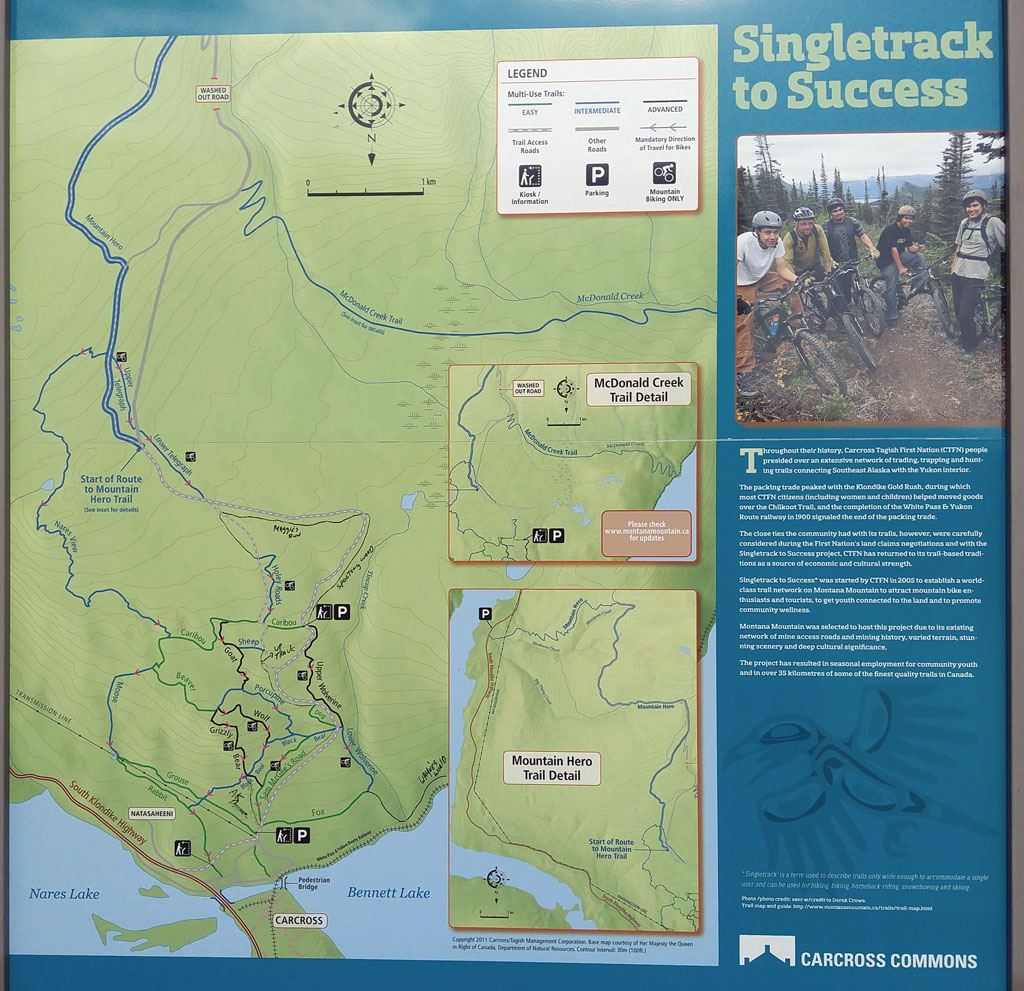 Montana Mountain area and History of Single Track to Success

The Singletrack to Success programme is a story both of the CTFN people and Jane Koepke. In 2004 Jane was both a government of Yukon contractor and a Whitehorse rogue builder. She had experience working with youth and, with Dave Gatensby, scouted trails on Montana Mountain out of personal interest. During these early day the main trails in existence were mining roads up the mountain as well as game trails.

A gradual building of trust with CTFN elders (with younger people bugging their parents to let them build trails) let to formalization of Singletrack to Success as a not-for-profit in 2006. Jane along with CTFN elder Edward Gordon sold the concept of CTFN self-determination of opening their historical trading trails to public use to the nation. This coincided with the CTFN winning rights to self-government; a hard-won right bringing responsibilities for CTFN-driven economic programmes that this nation assiduously assumed. The CTFN bought into the STS concept, and a true partnership developed where the local community and Whitehorse/Carcross-area residents cooperated towards trails as a community resource. Since then STS has evolved with administrators, crew-leaders and formalized trail crews. Over 35km of multiuse trails has been re-opened or built in Carcross since those first years. With such trail expansion has come visitors as mountainbikers learned about Carcross. 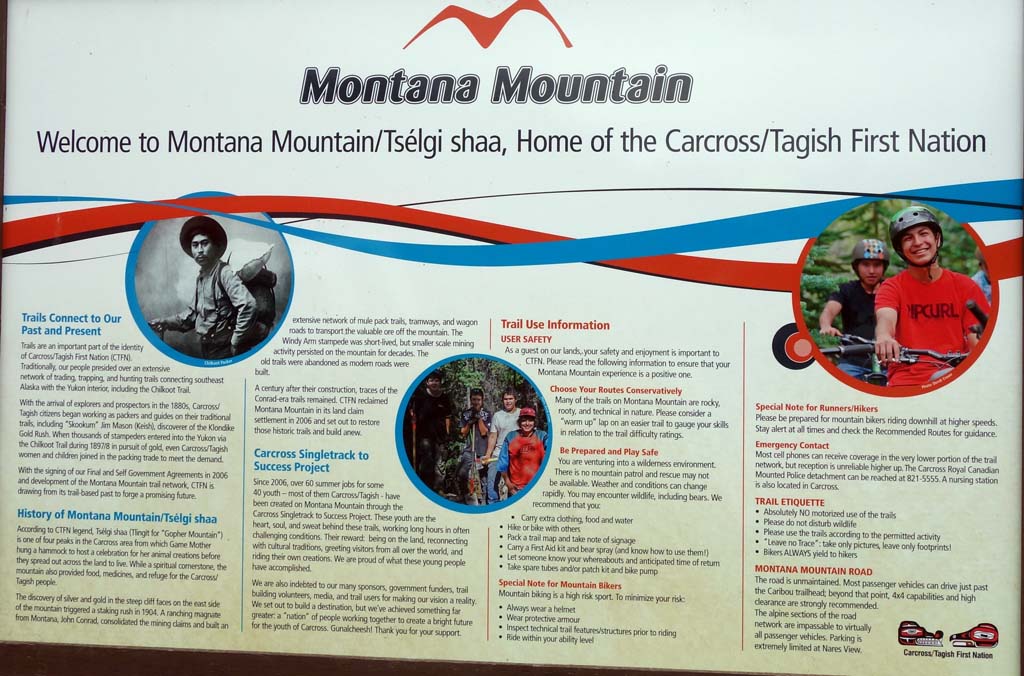 More history of Carcross and its trails 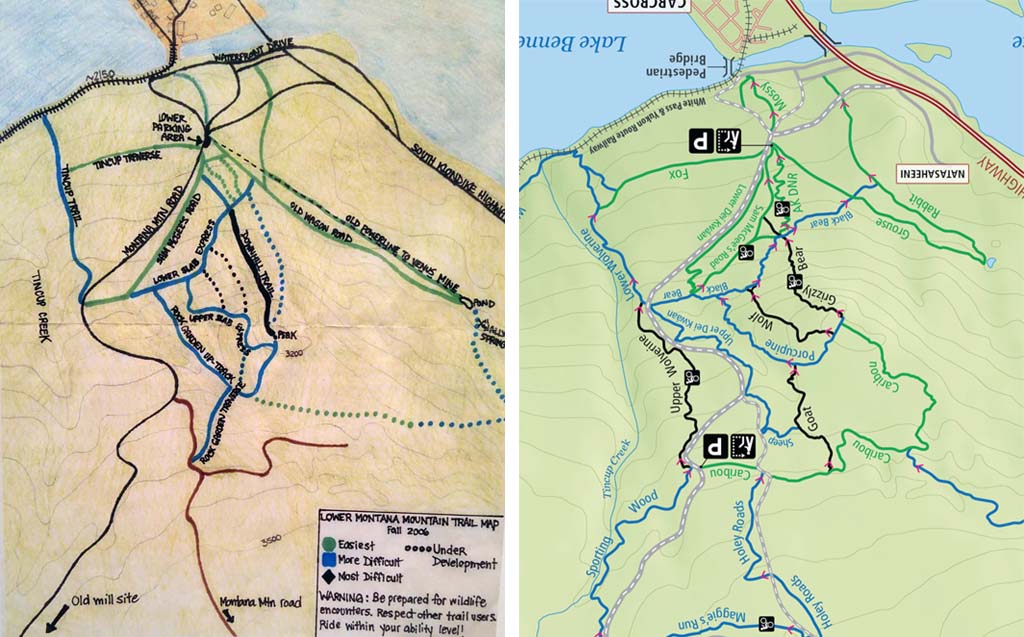 Old map is Carcross in 2006 in the first year of STS. New Map dated 2016 shows expansion of the network 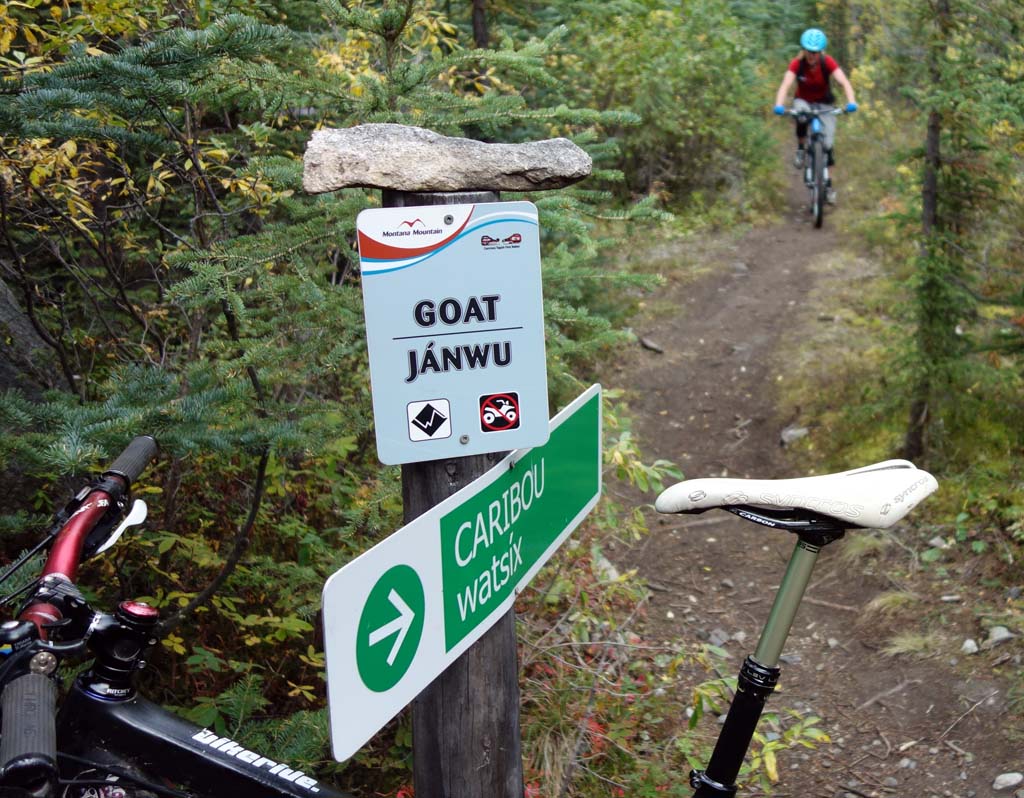 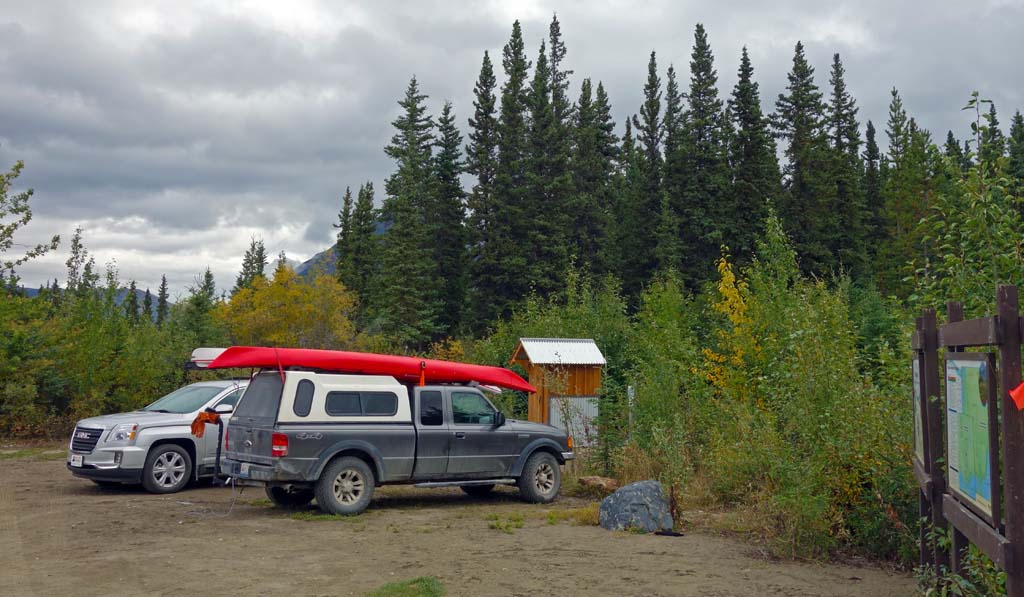 Up the climbing trail 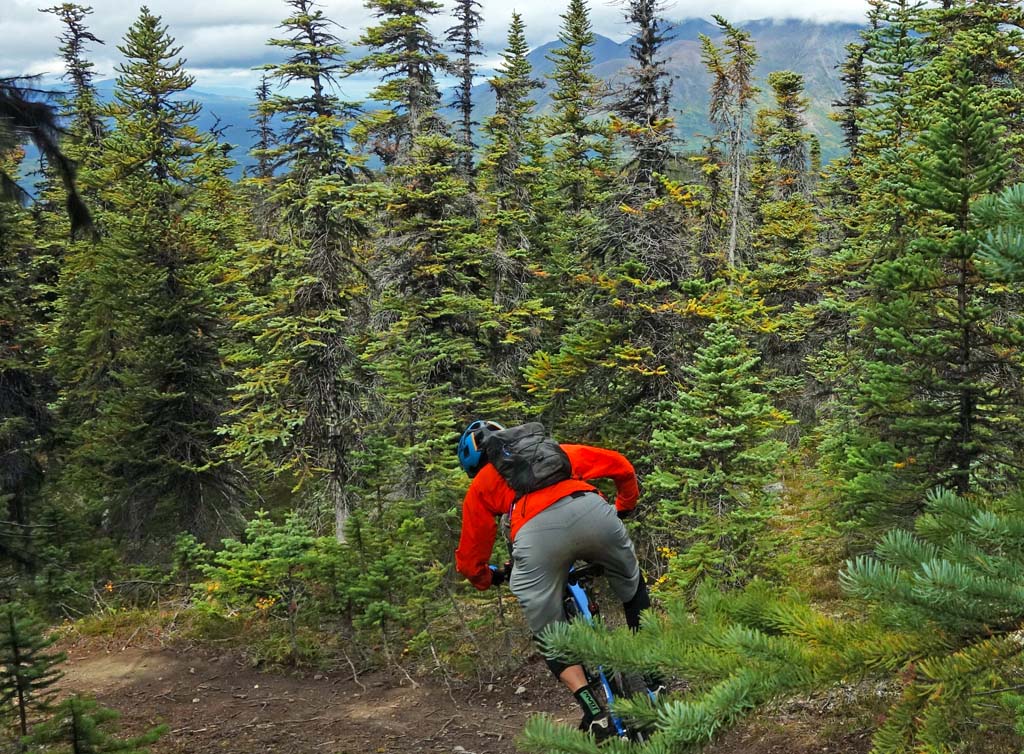 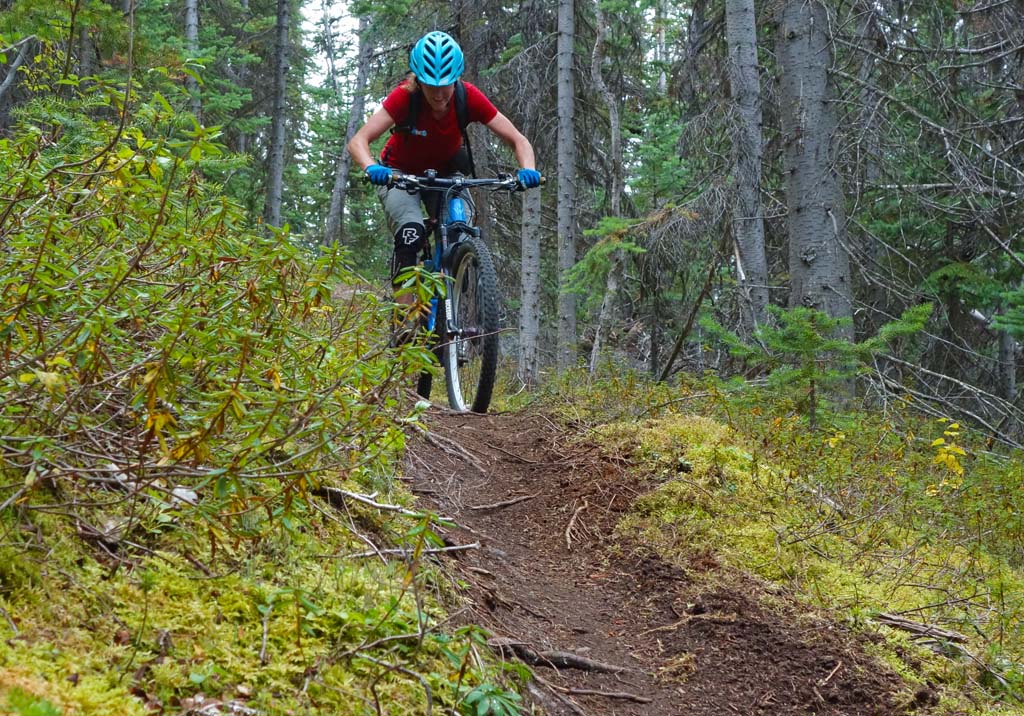 There are many loop and ride choices in the lower trails. There are also alpine and subalpine choices available via Mountain Hero or MacDonald Creek. Many of the climbing trails are bi-directional. When we rode (a September weekday) bike traffic has dramatically tailed off. Curiously there are jumps and high-speed hits on the trails; some of which might not have perfect sightlines. So keep your heads up if you’re at Carcross on a busier day and are climbing. Uphill riders have right of way but expect incoming descenders.

Carcross trails generally ride well in all conditions. Wind carries “loess” from the St Elias Range and Kluane Icefields; a glacier clay sedimentary layer which is deposited over Montana Mountain and the Carcross area (that’s how the “Carcross Desert” came into being). Loess compacts into a fantastically tacky grippy riding surface. Having said that doesn’t mean that the trails will ride well when saturated so it’s a good idea to check for Montana Mountain trail conditions before riding.

Carcross is now by no means a hidden gem; people know about it and come from all the world to ride there. By no means has the trail network’s carrying capacity been exceeded but with increased visits has come the underbelly of mountain-biker entitlement. Therefore things now must be spelled out that perhaps didn’t need to before in the “good old days”.

All of these things have happened in the recent while; relations between mountain-bikers and the community are still good and NOT doing these things would go a long way to preserving that. 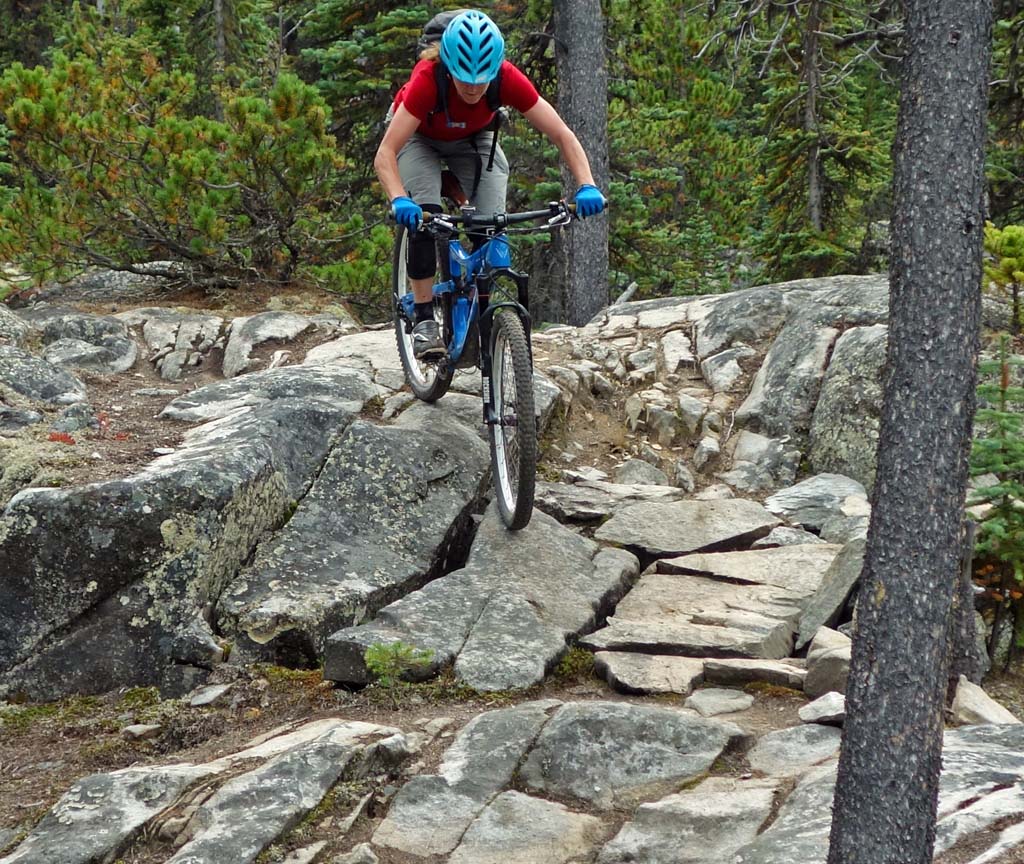 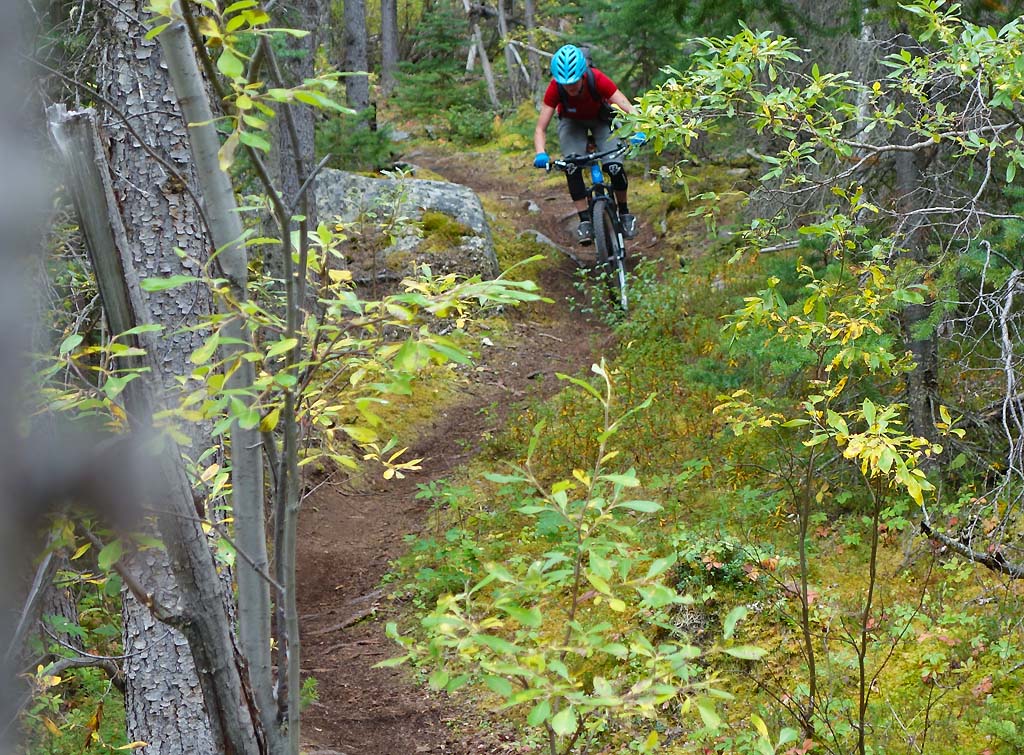 Where to stay – Boreale Ranch

We stayed at the new and deluxe Boreale Ranch. Marsha and Sylvain have created a luxury guest house between Carcross and Whitehorse to allow easy access to both areas in a quiet serene Yukon setting. They have private accommodations, rooms off the main house, comfortable common areas to relax, eat and drink. And an out door hot tub!

This place is very popular not just with Mountain Bikers, but also with people who want to view the Aurora Borealis since it is in a very remote dark area so the lights shine brightly. They also have a short trail around their property for people to walk or bike. Boreale also provides other activities then mountain biking and is a one stop Yukon Adventure stop. 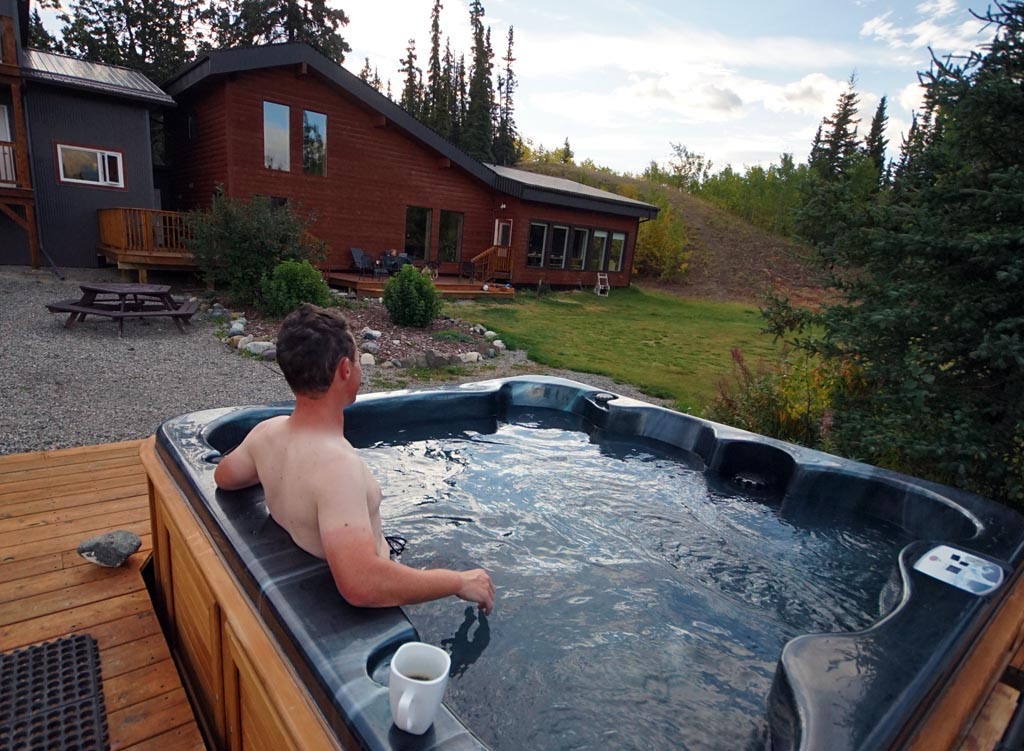 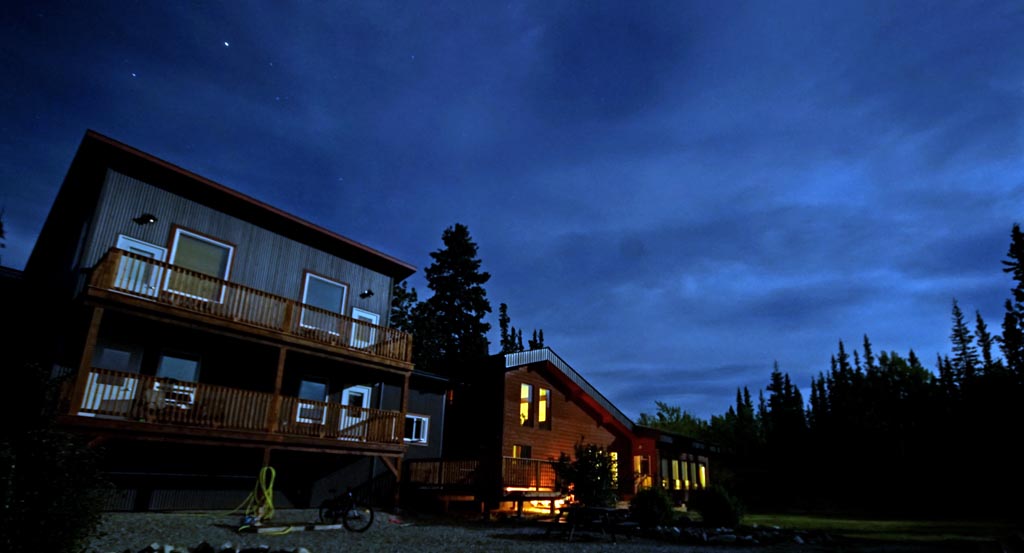 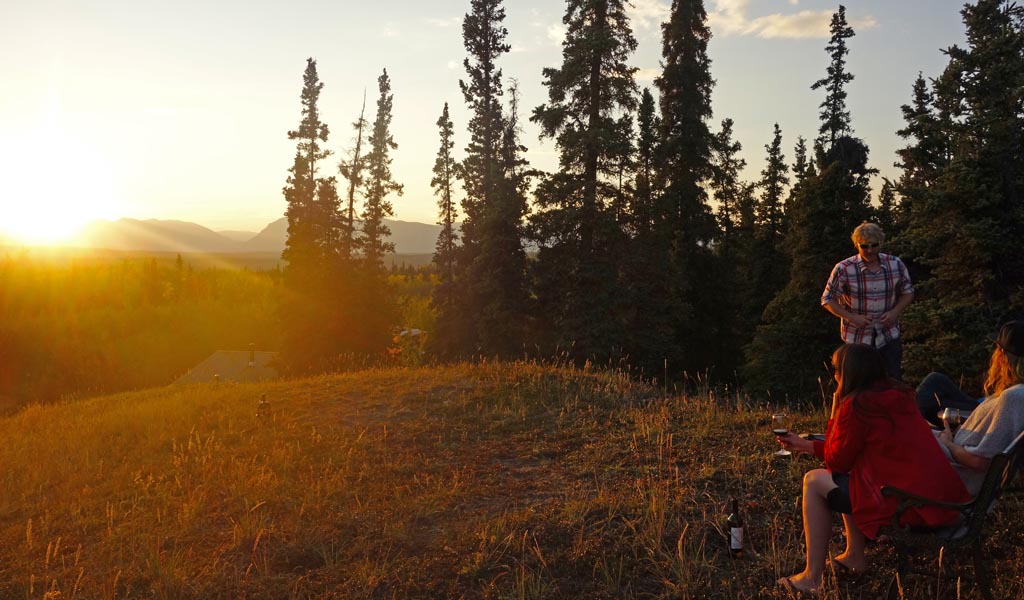 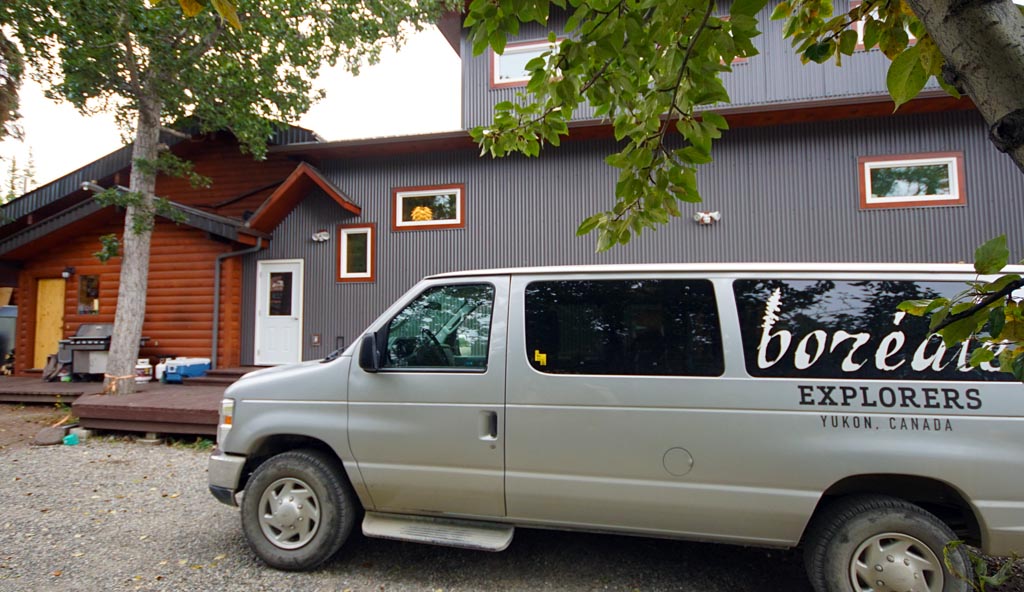 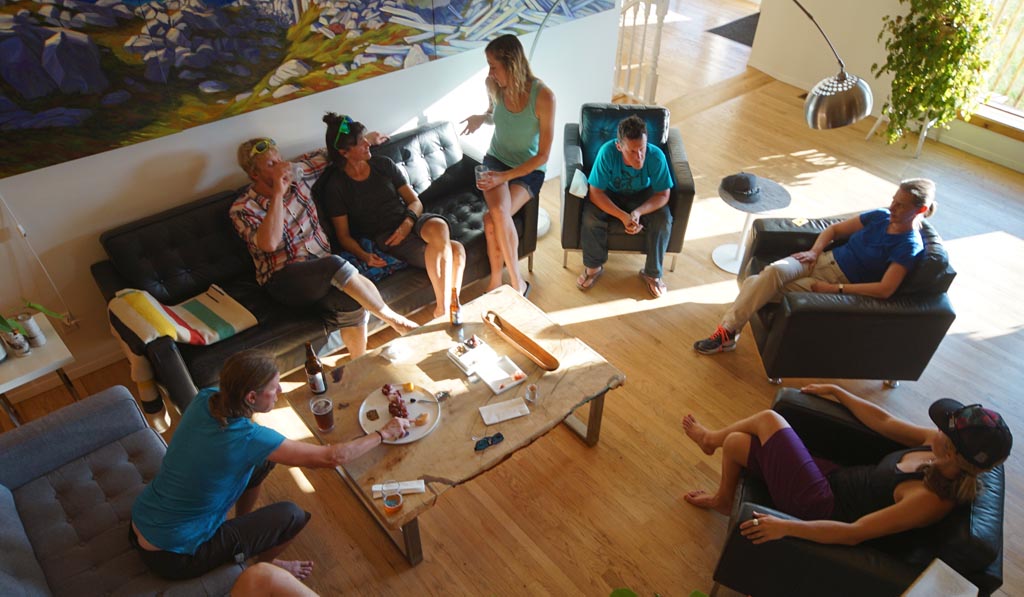 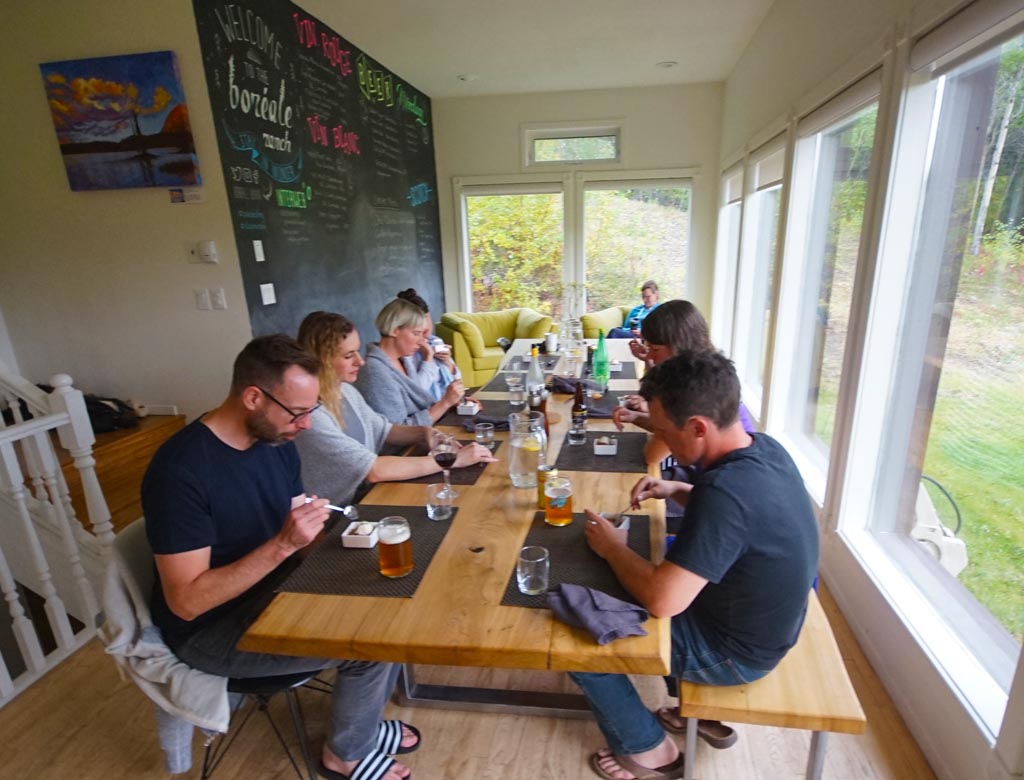 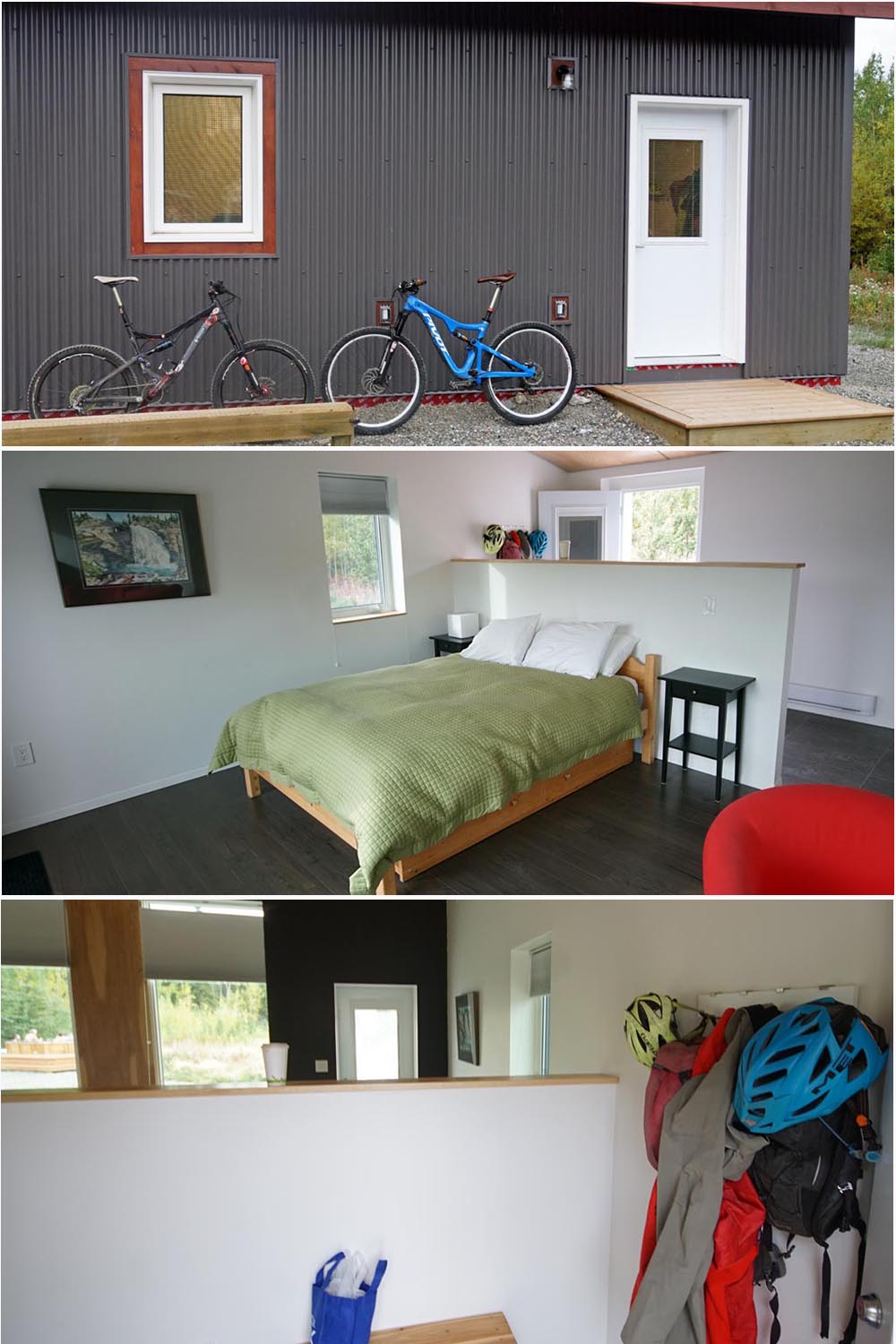 Our room for our stay 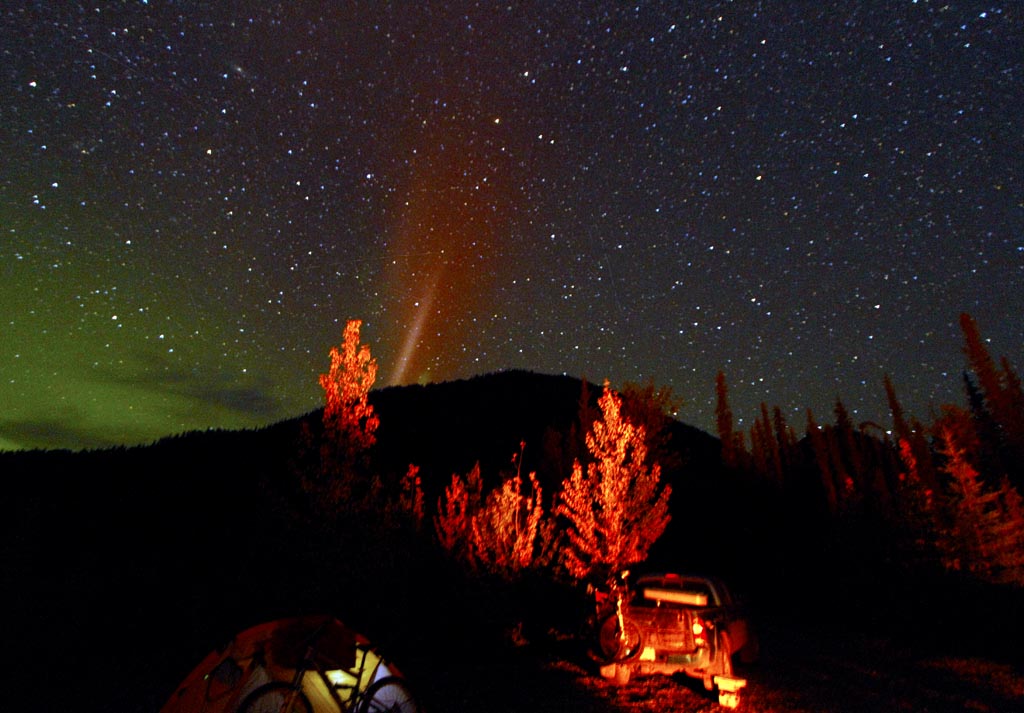 2 hour loop on the lower trails, up the Climbing trail Dei Kwaan to Nares, to Goat to Grizzly, AK DNR, back up to Sam McGee.

This entry was posted in 2011 and tagged Carcross, carcross2017, yukon, yukon2017. Bookmark the permalink.