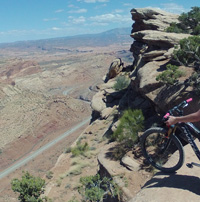 We opted to shuttle to the start of Bull Run with Coyote Shuttles – Thanks Jim! Good call since doing a retrieval would have added another hour to our long day.

Chris Choquette and his buddies from Vancouver – Mark James, Mike Williams and John Kearns – joined us. This was their first time riding in Moab! This was the first time Lee and I also rode with Chris, who used to be our neighbour who also recently bought a Pivot Mach 5.7! This was a good introduction by fire to Moab riding for the boys!

The Gold Bar ride used to start at Gemini Road, but they created a new Epic Ride – Mag7 – a 26 mile point to point between Hwy 313 and the exit at Portal on Hwy 279 ( Potash Road). The first sections – Bull Run – Arths Corner – Little Canyon Single Track – can also be done as an out and back if you don’t want to shuttle. The ride up Gold Bar, Golden Spike to Portal is long and does requre some route finding to make it interesting. 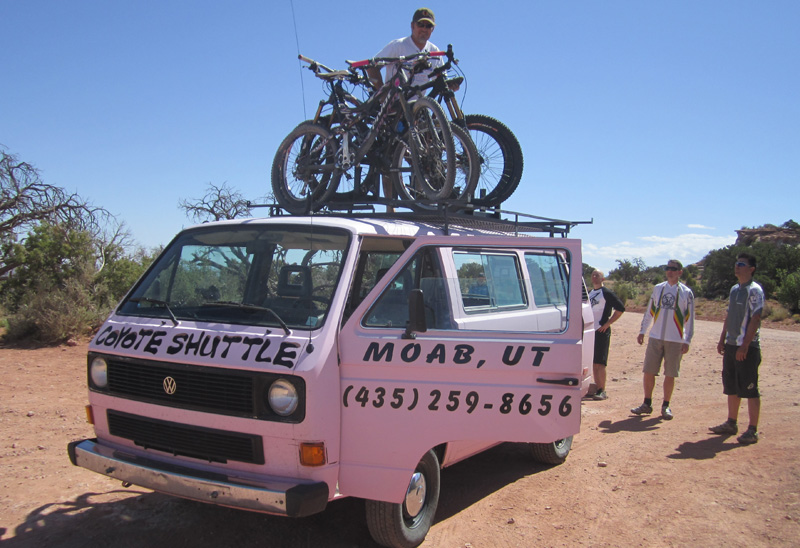 Mag 7 starts off Hwy 313 on the Gemini Bridges road. 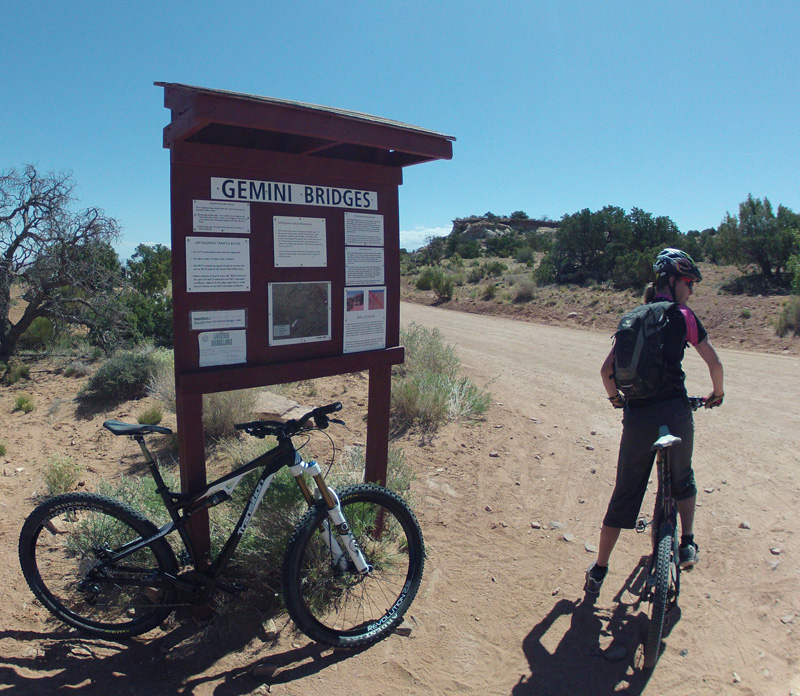 John and Chris getting ready to go! 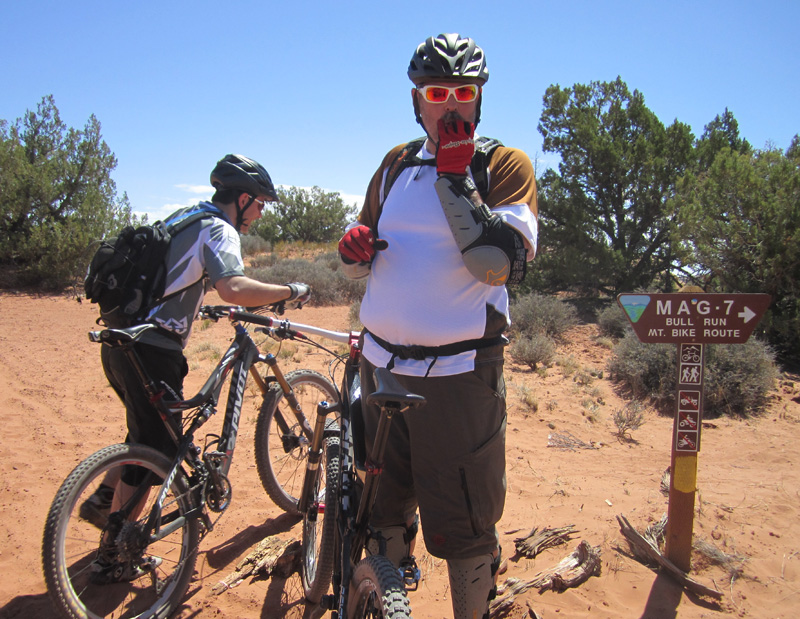 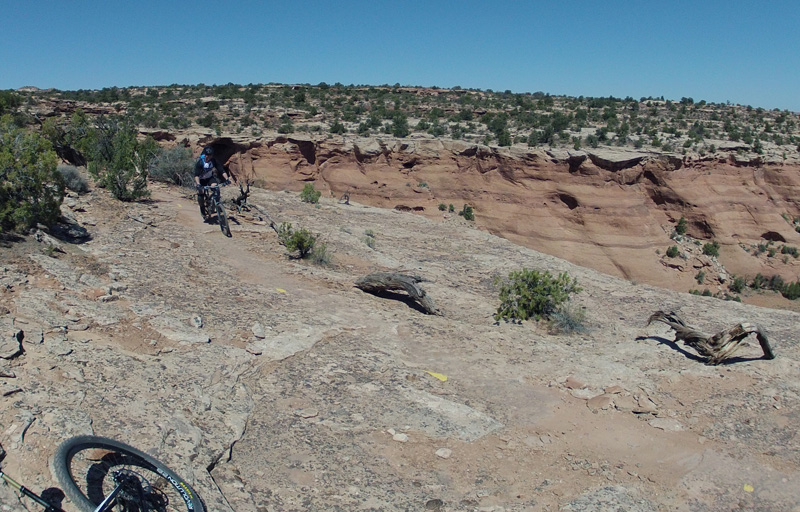 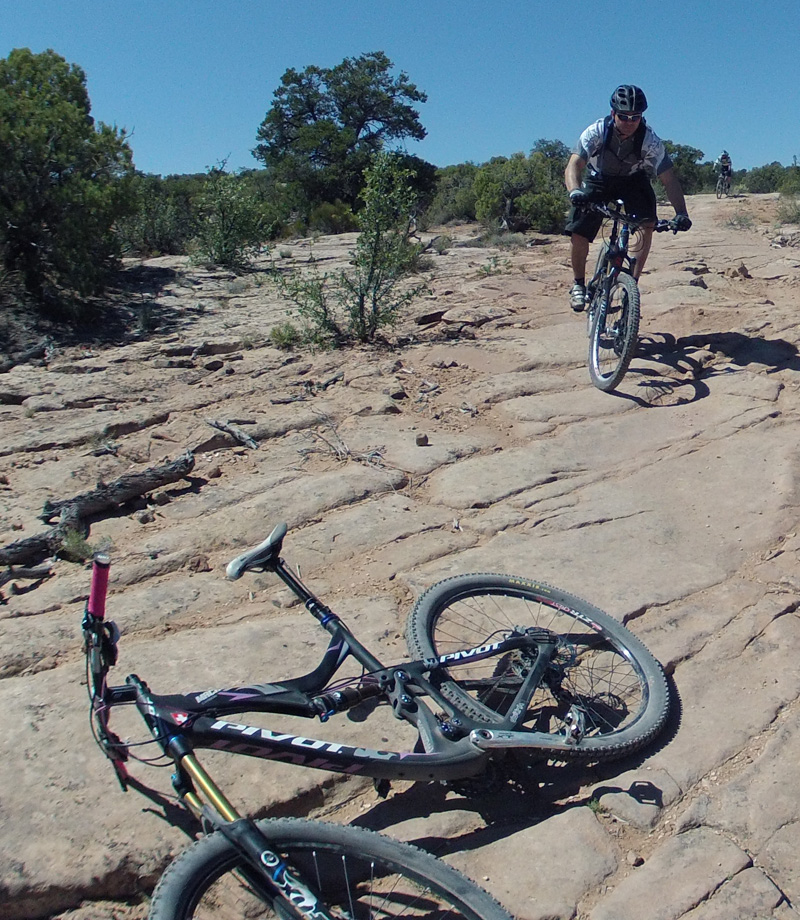 Cross the road and continue on 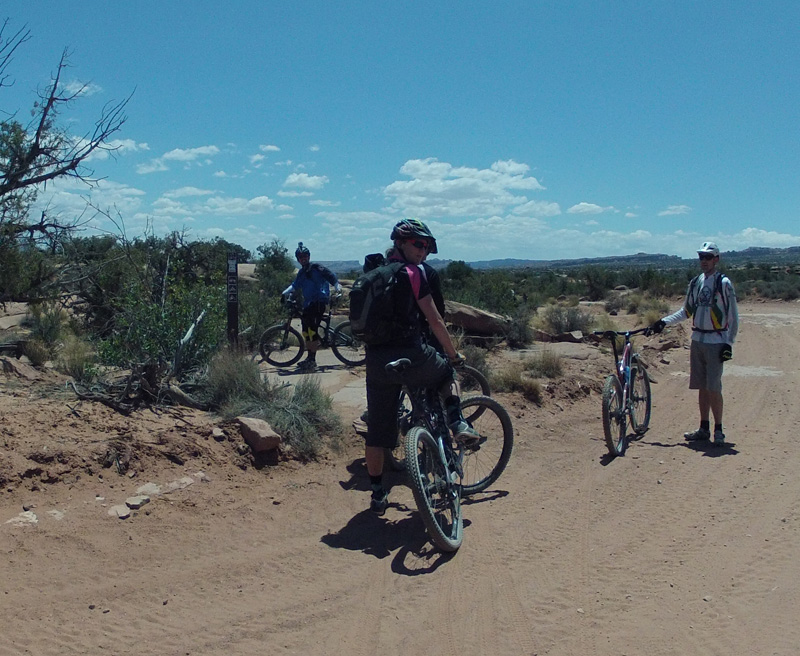 Maps and markers map the way- Mike, Brian and Lee 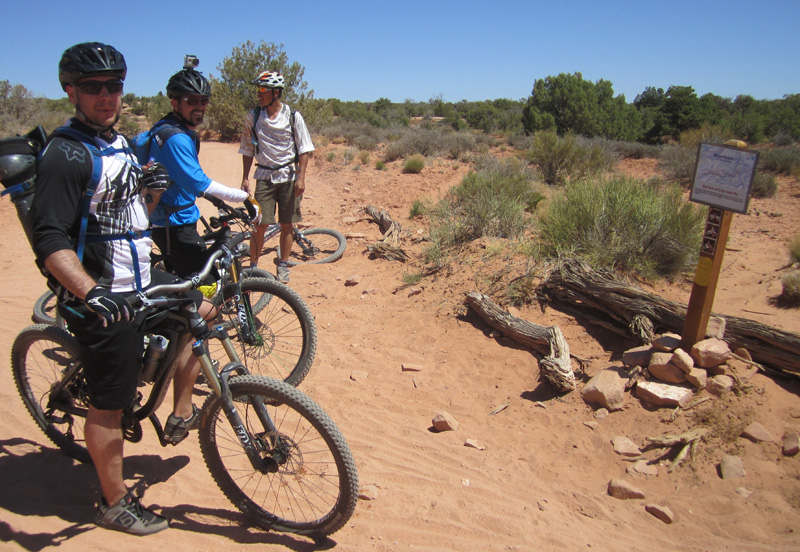 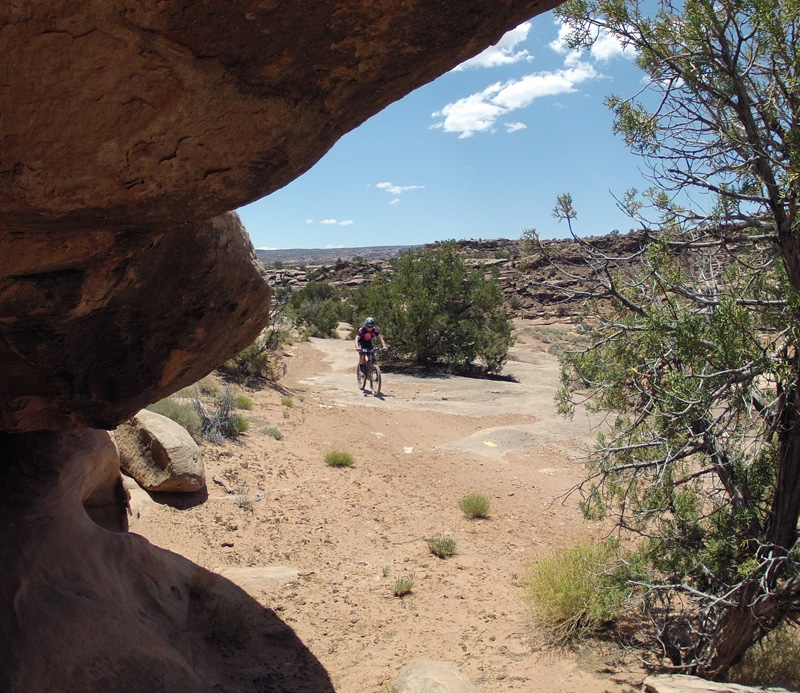 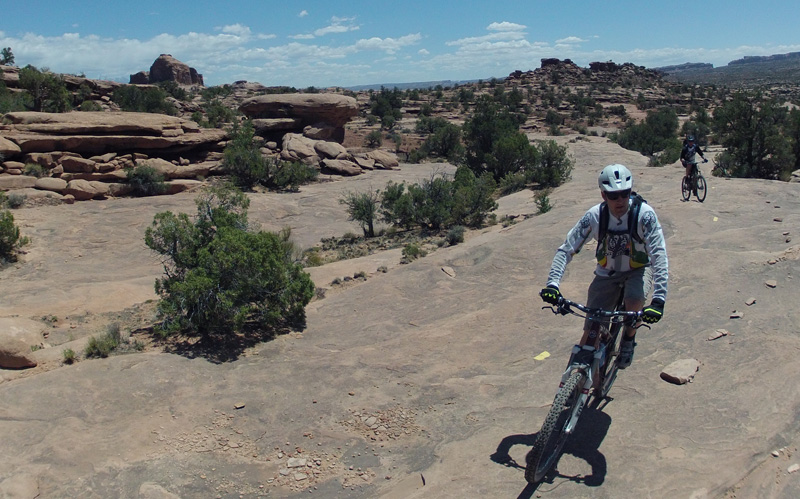 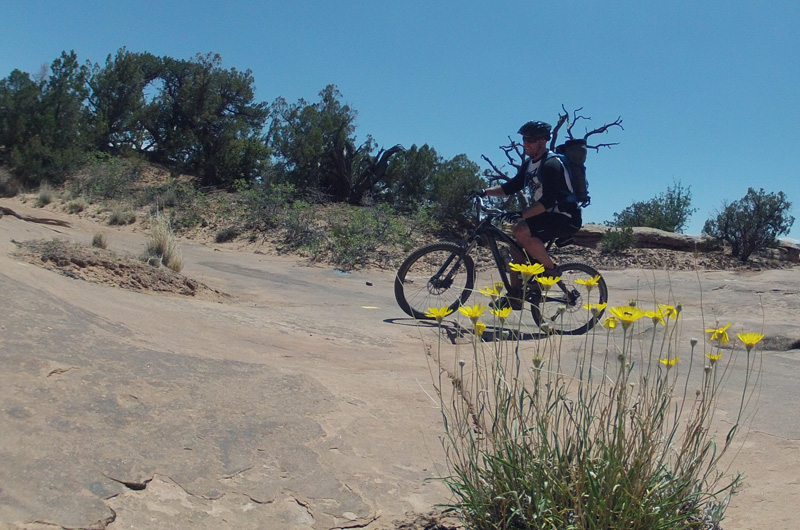 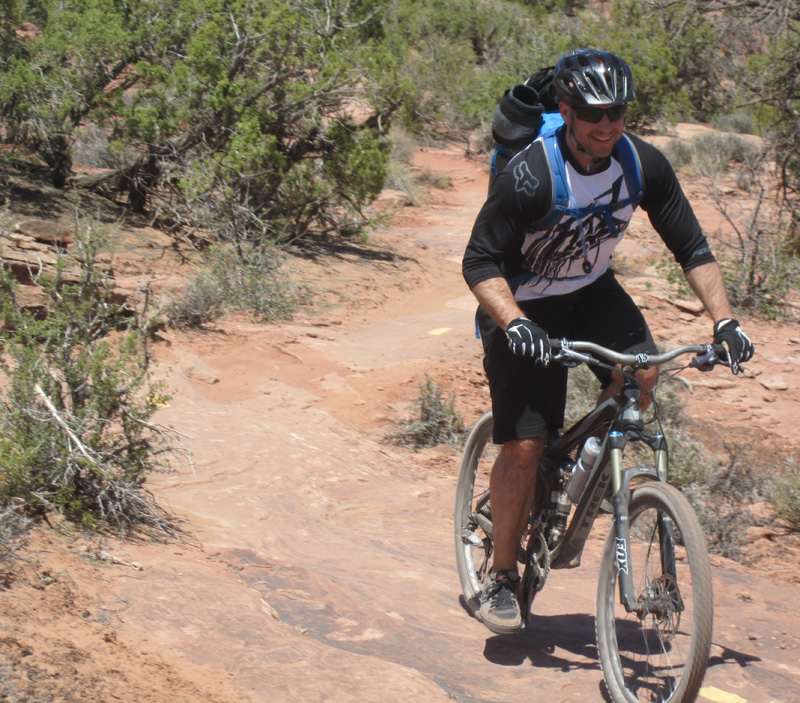 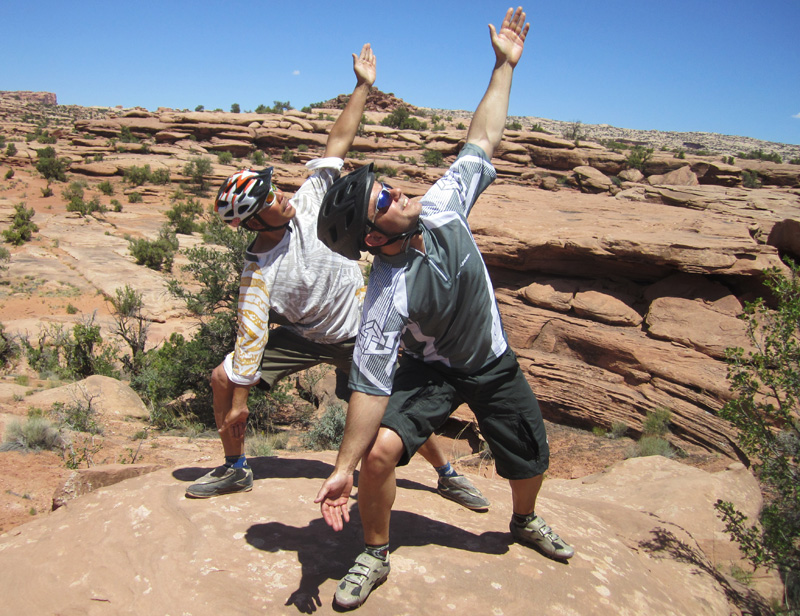 Gold Bar section – not as bad as they make it sound, unless you’re not very fit. 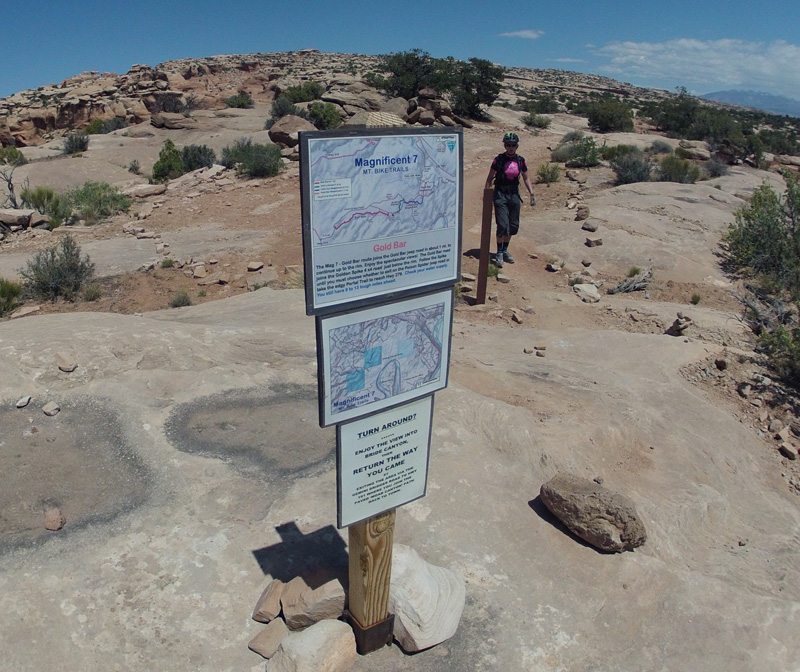 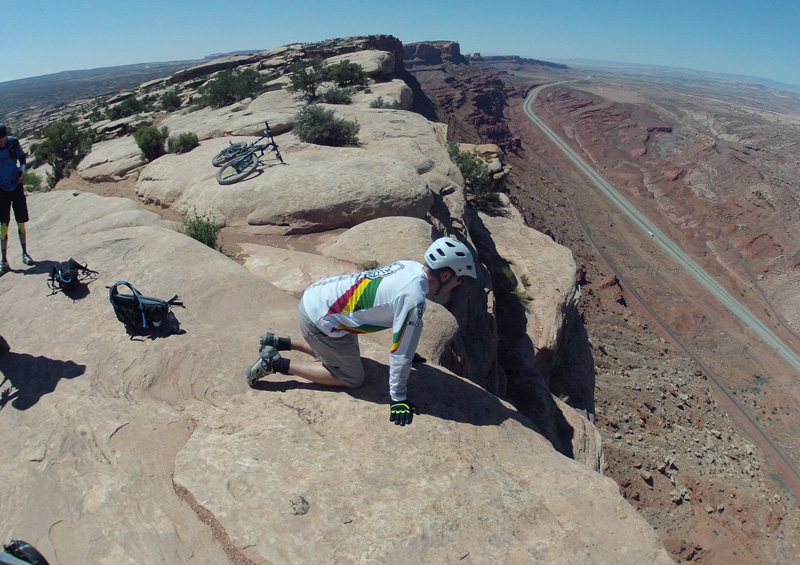 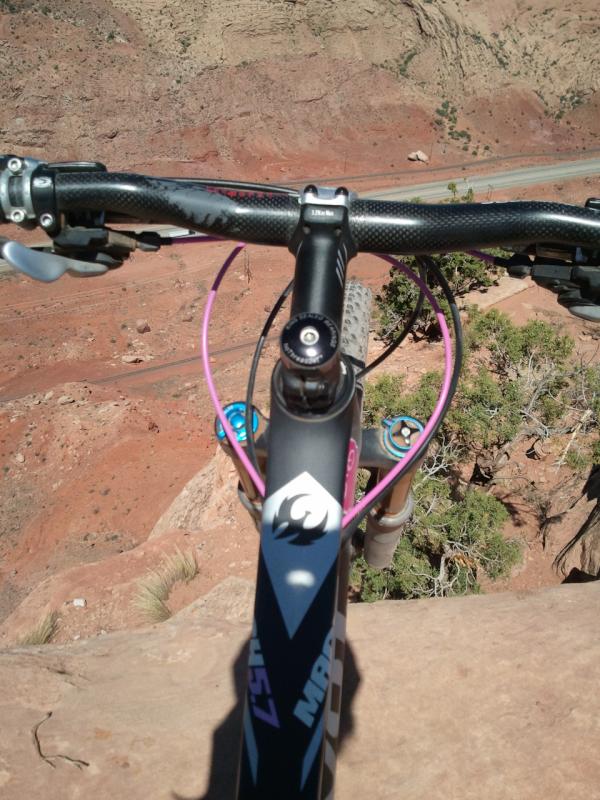 Which way do we go! You can bail here and go back to Gemini Bridges road. 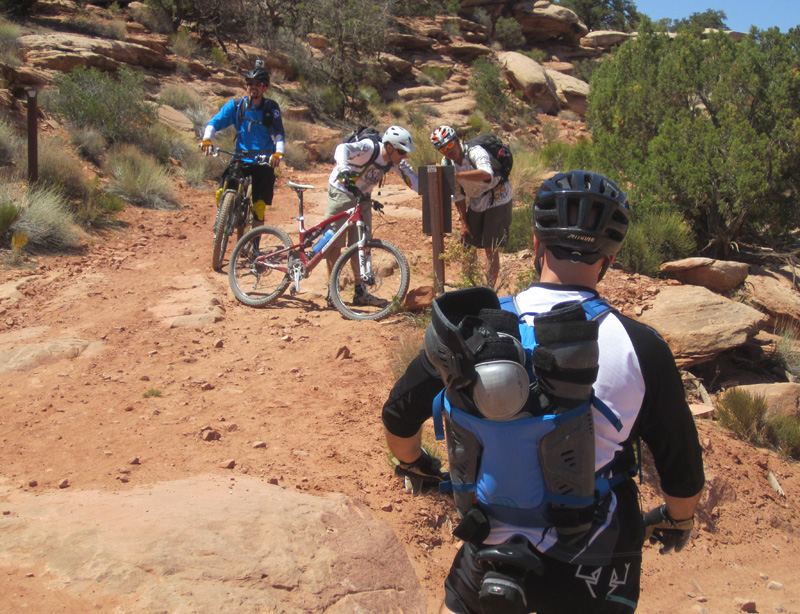 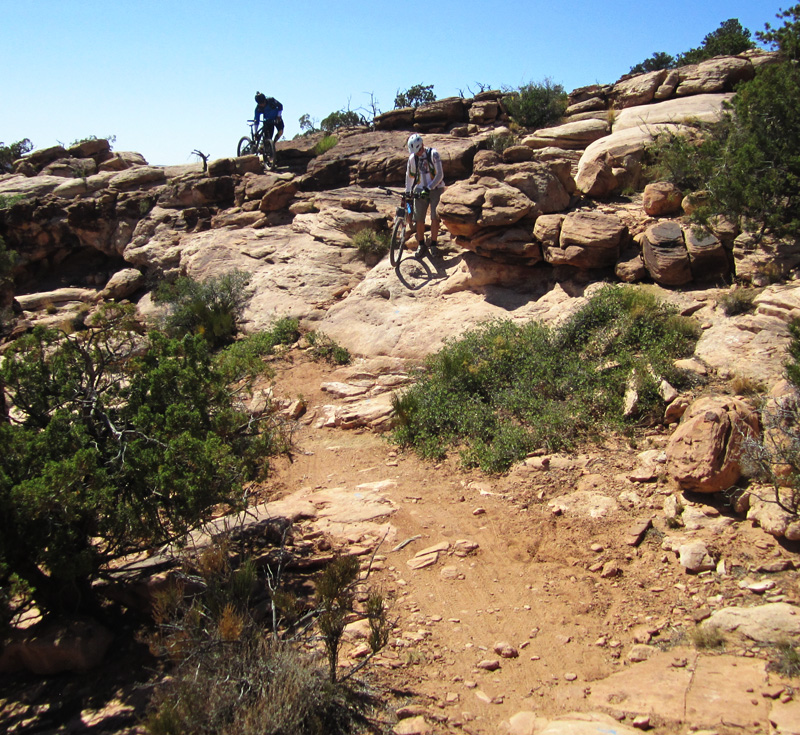 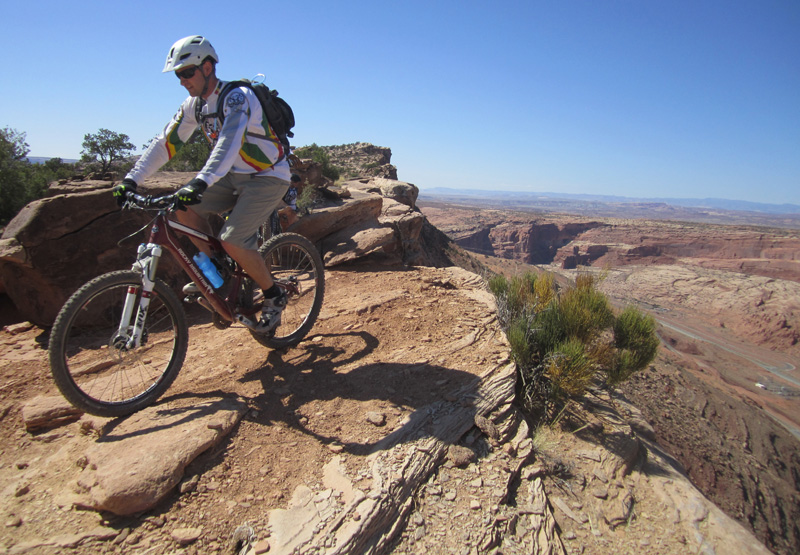 Then we head down Portal 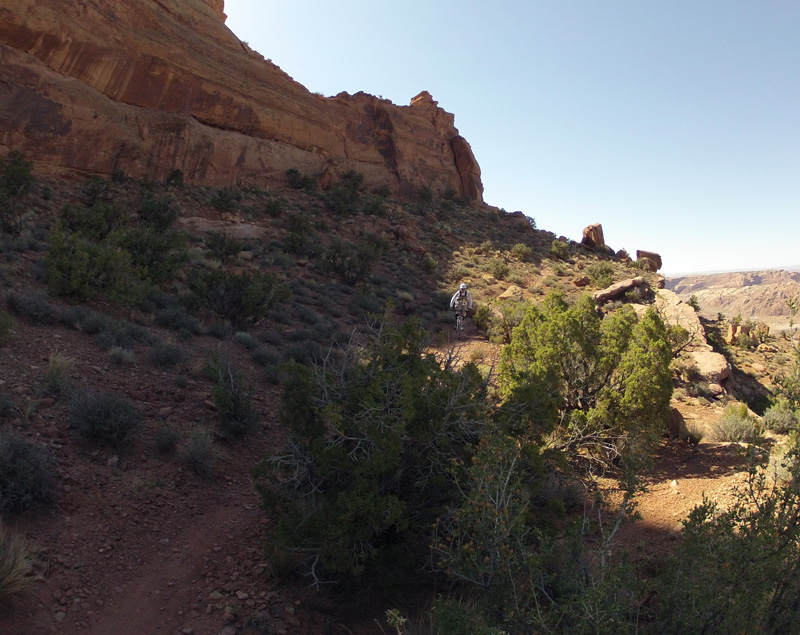 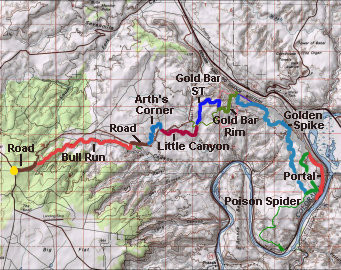