Dawson City – You can checkout but some, they never leave 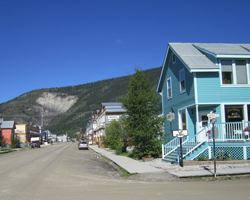 Dawson City. Currently with a population of 1800 people, stable since it inception in 1896 when Gold was first discovered. In its hayday of 1989 30,000 people lived here, mostly American. The Klondike Gold rush made the Yukon what it is today. 538km northwest of Whitehorse, travelling there takes a long time, imagine it over 100 years ago when there was no road or cars and the area where Whitehorse now lies was a First Nations campsite.

The first wave of Stampeders came to the Klondike up the Yukon River via the Chilcoot Trail. The Mounties required the men to carry one ton worth of gear on their trek to ensure they could survive the winter they would never expect in their wildest imagination. The Klondike Gold rush ended one year later when Gold was found in Nome Alaska. Over these two years $2.5 million was pulled out in 1897 and $10 million in 1898.

After the Stampeders left the Companies moved in with the Dredges. These huge machines would churn up the rivers, extract the gold and leave the remaining rock and sand looking like a giant worm had burrowed through the area ( see Google Earth Image.)

Dredge No. 4 was built in 1912 for the Canadian Klondike Mining Company. It took a year to transport it from where it was built to Bonanza Creek. Having 22 – 2 ton buckets to dig up the rivers it was 99% efficient in removing Gold from the creeks. It worked for 18 years and moved 12km down the creek. 9 Dredges were operated by the Yukon Gold Corporation until 1966 when it was no longer financial viable to continue operating them.

Great National Film Board Video – City Of Gold – By Pierre Burton, a great peice of history.

Robert Service lived in the Yukon and worked in the bank for 8 years. This is one of his famous poems. 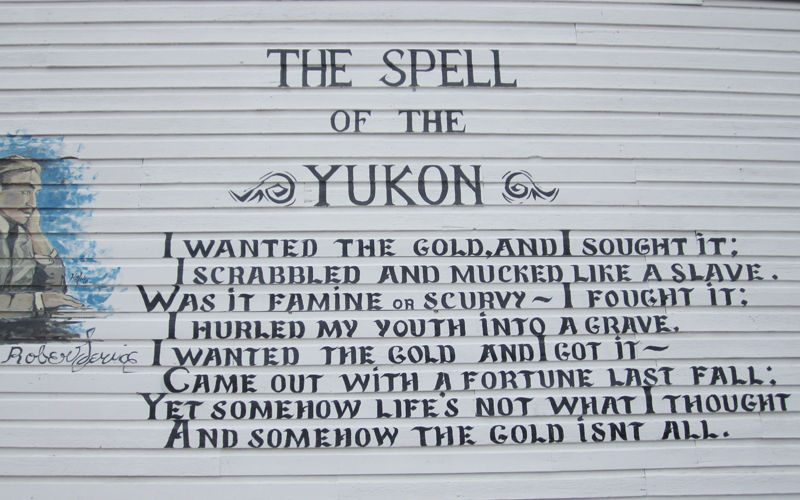 Many of the buildings retain their heritage while taking on new signs. 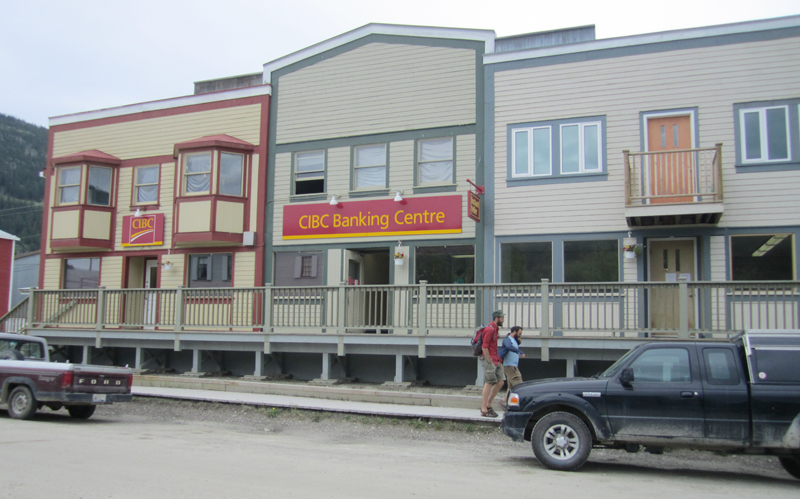 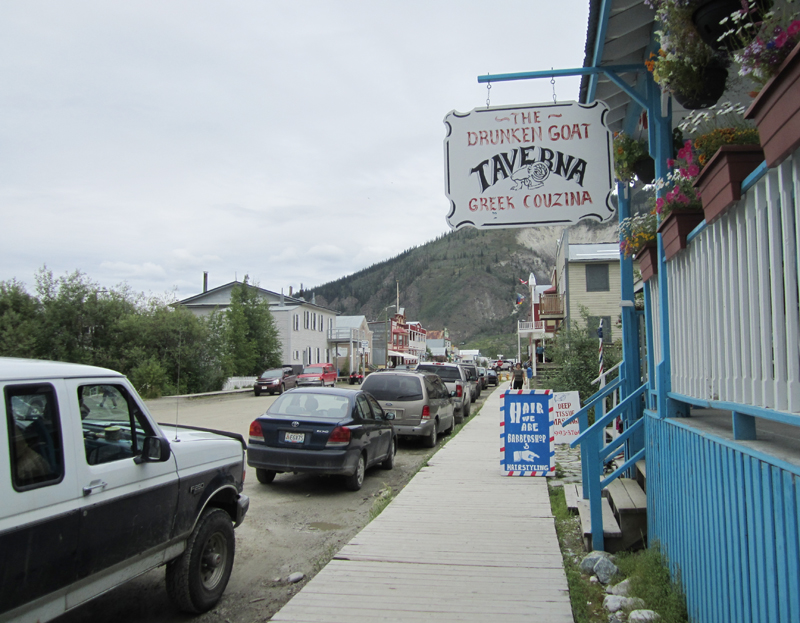 Some of the buildings are in disrepair 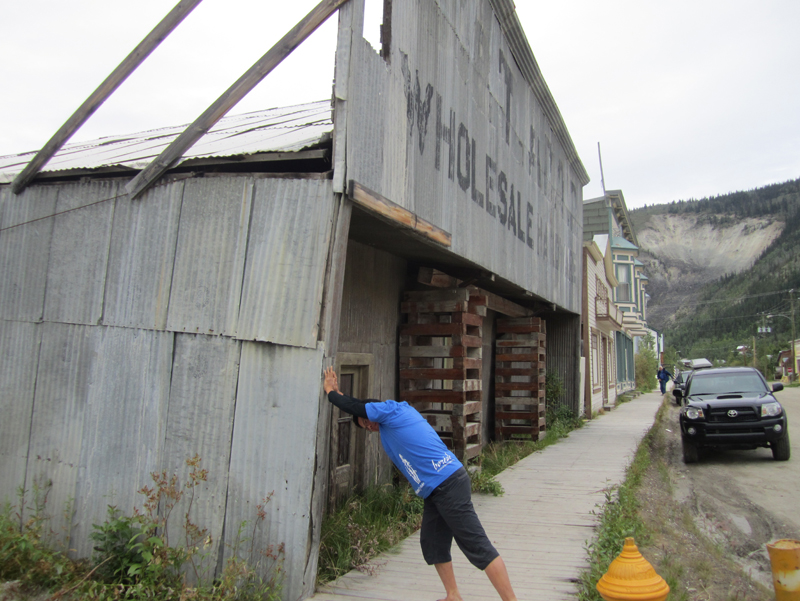 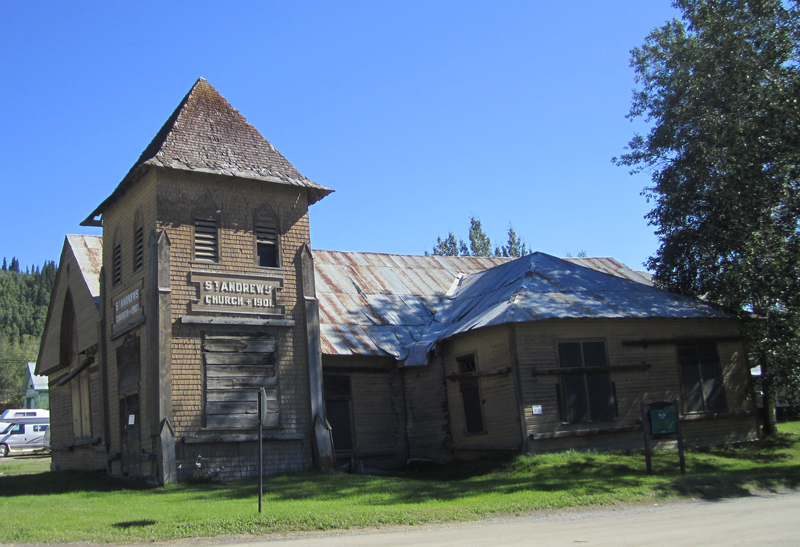 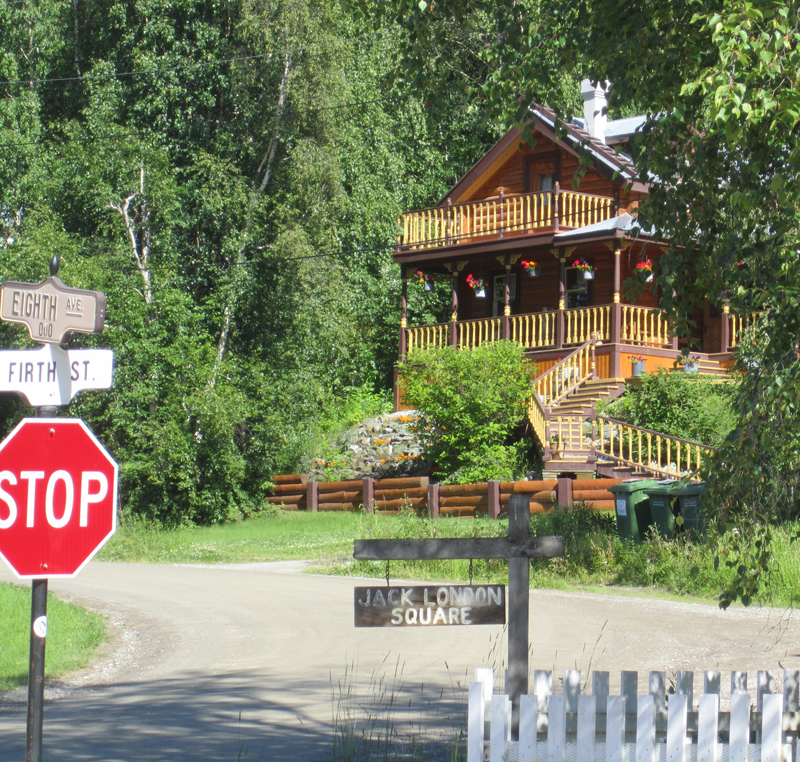 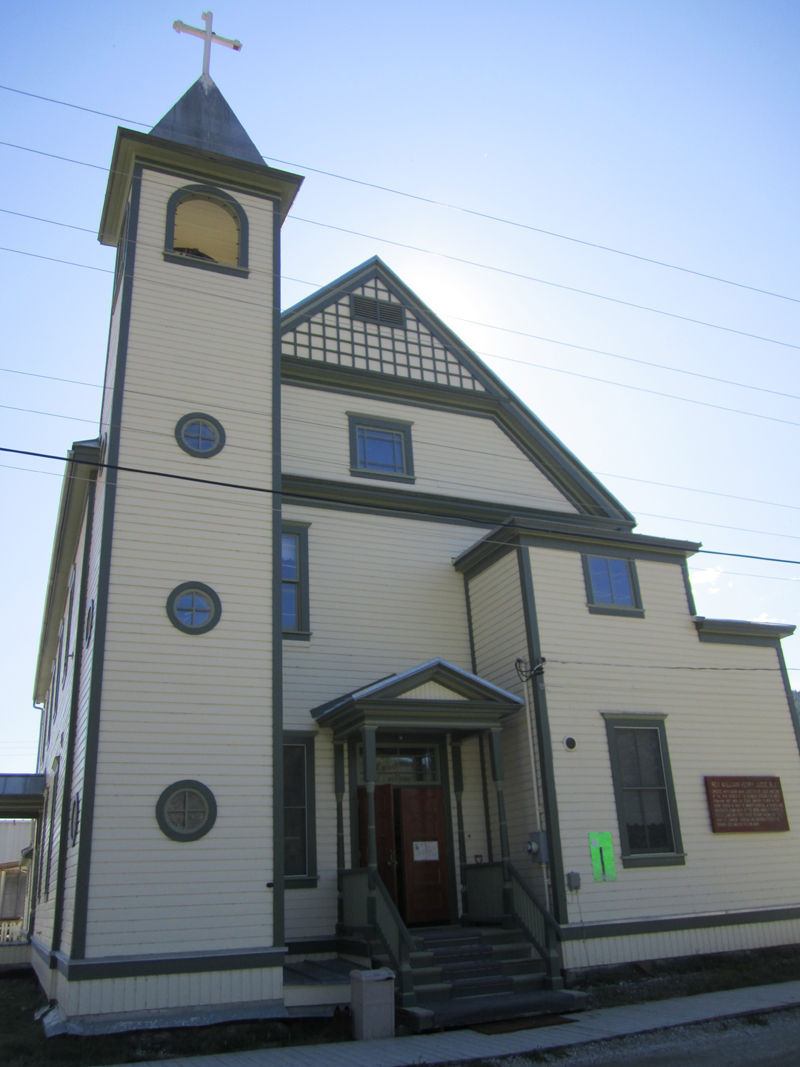 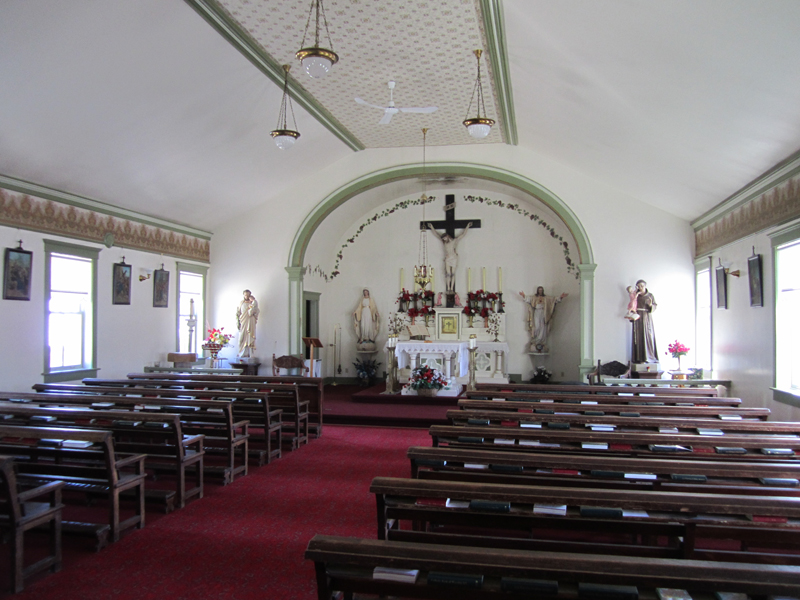 Every town has cool bikes! 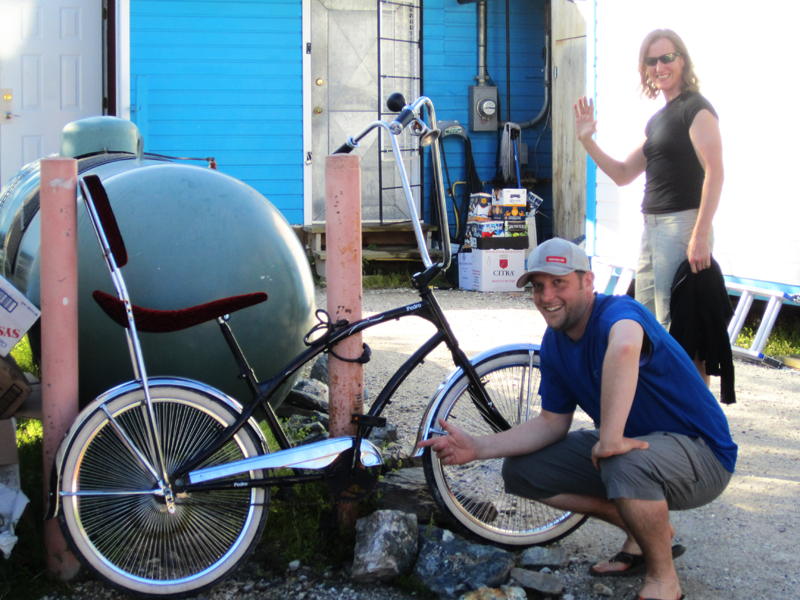 Inside the Drunken Goat with their celebrity wall. 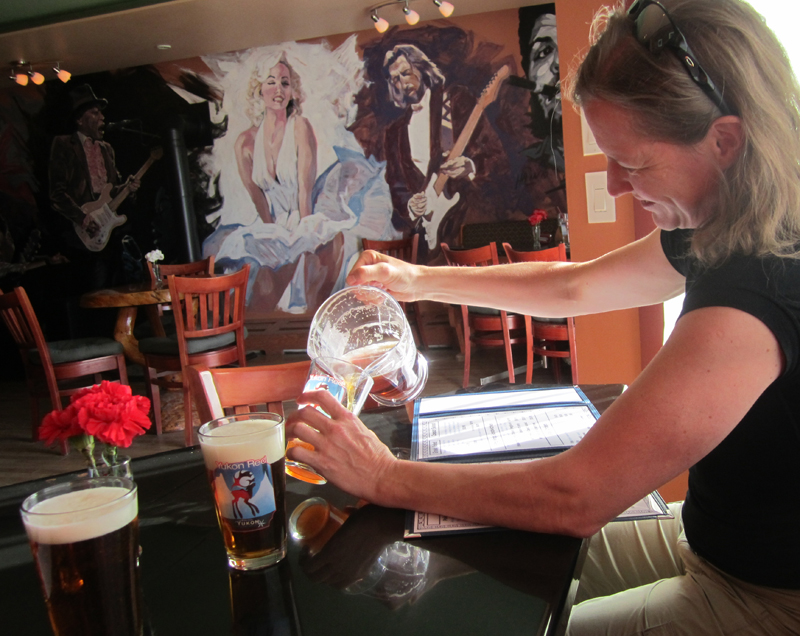 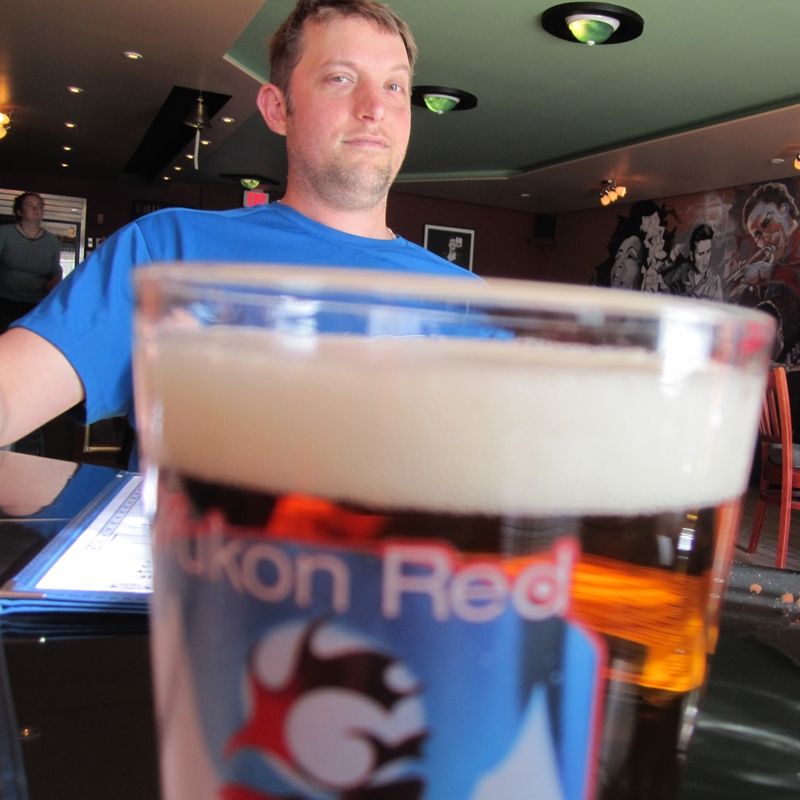 Dredge no 4. Now under the care of Parks Canada. The tour is worthwhile. 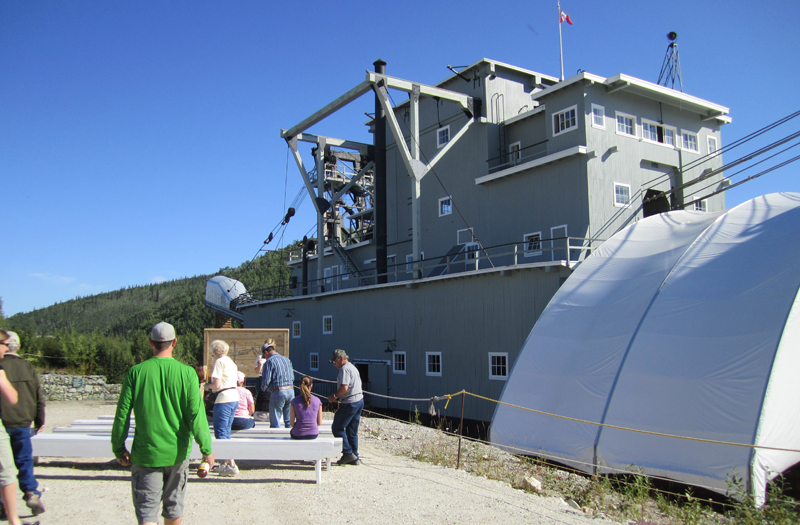 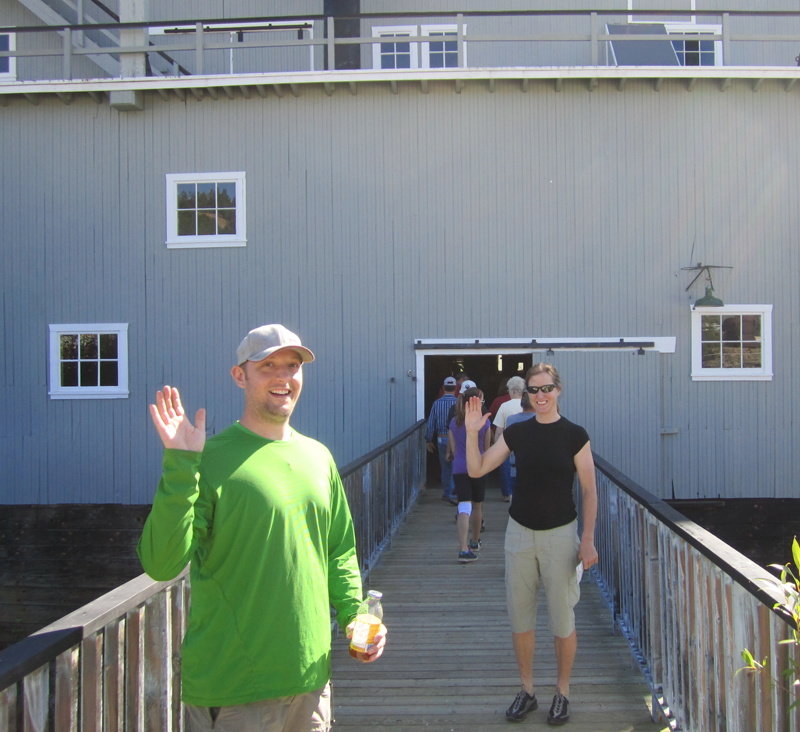 Dredges have been around for awhile! 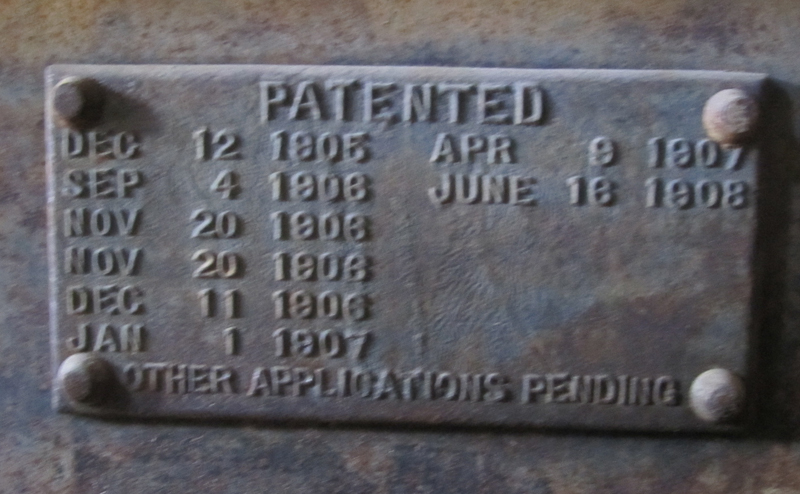 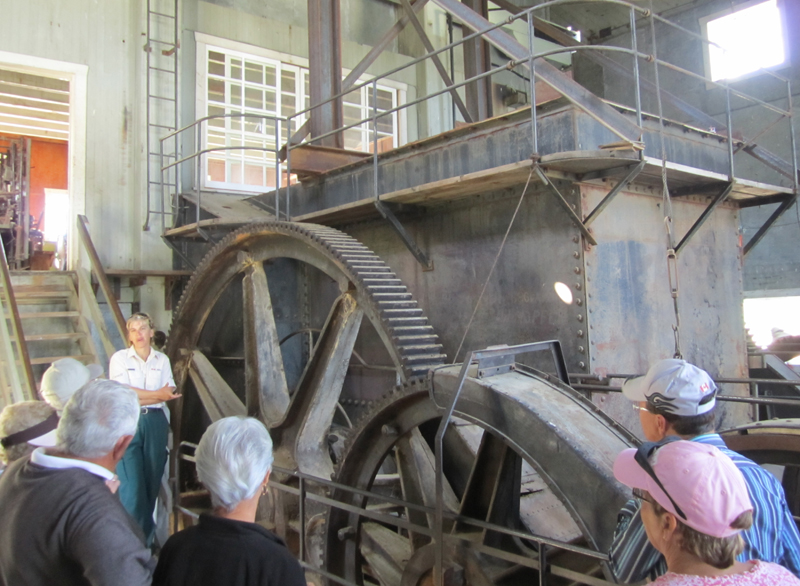 The Dredges ran 24/7. They only stopped digging when the sluices needed emptying. Four men operated the Dredge. Plus other who were around for maintenance etc. One on the ‘deck’, one in the back, one in the front and one near the sluices. Their only means of communication was a large bell that would ring with the below signals. These men usually ended up deaf. 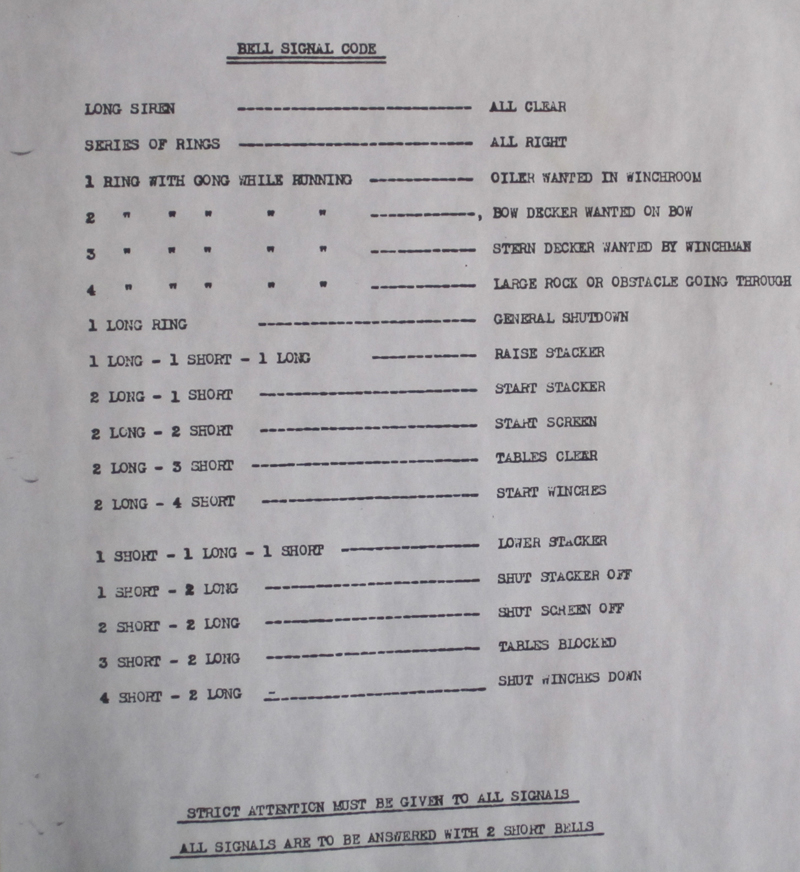 One of the two stops of the road back to Whitehorse. Time to get something to drink! 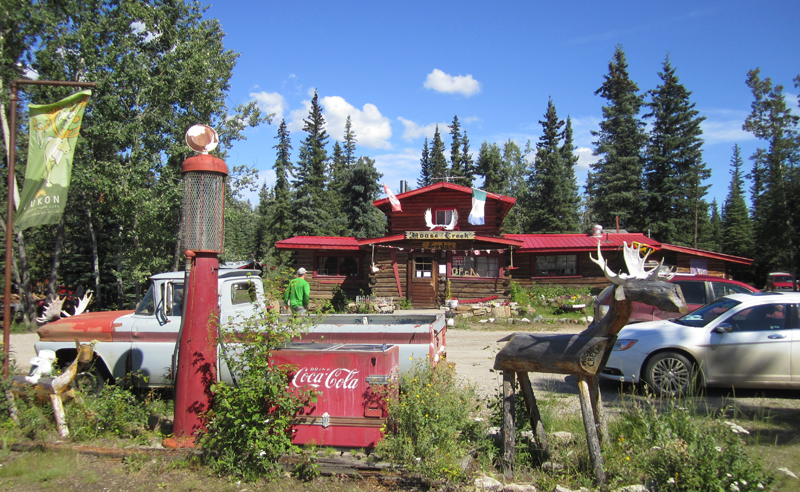 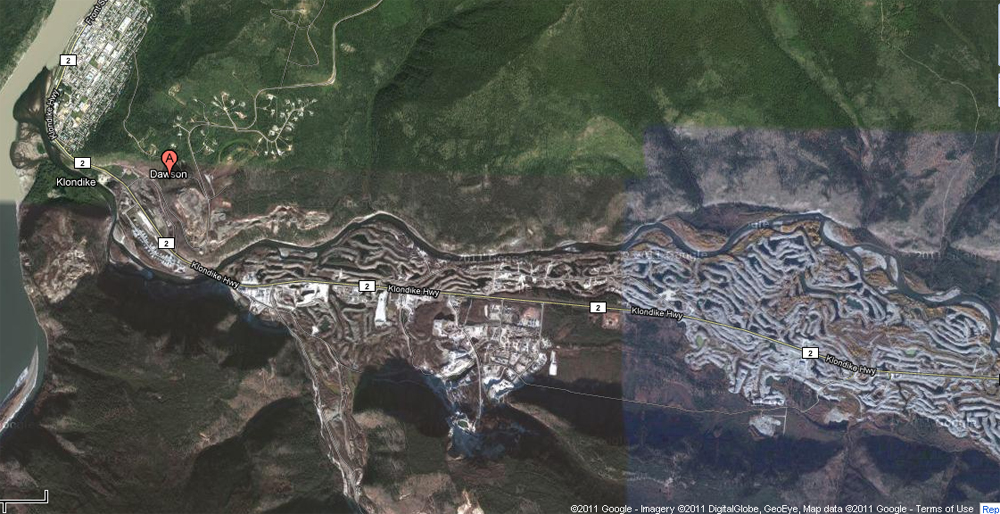 After a stop at the Braeburn Lodge again for another Cinnamon bun and the great hosting by Boreale Biking again in Whitehorse. We boarded the Air North Plane and made our way back to the Big Smoke.

This entry was posted in 2011, Hiking. Bookmark the permalink.