We had a big snowfall in early October that shut down Alpine riding for the fall. We were hopeful then, hopeful this would be the start of an epic season. We then had the driest fall on record. If it weren’t for snow making on Whistler, Grouse and Cypress, they like Mt. Seymour would still not be open as of Dec 31 2013.

Dec 30th – Jan 1st – Rogers Pass – With our uninspirational forcast we load up the Tacoma and head to Rogers Pass. Linda and Stu join us. The first day we ski with Doug Sproul who created a Backcountry Ski Guide for Rogers Pass – GeoBackcountry. We skied up the Asulklan Valley to a slide path which we hit a couple of times.

Day 2 – Snow guage on the Asulkan trail. We head to the Illecillewaet valley since all other permit areas are closed.

Heading up for some safe tree shots in the Illecillewaet.

Heading back up for our 4th run in the Illecillewaet 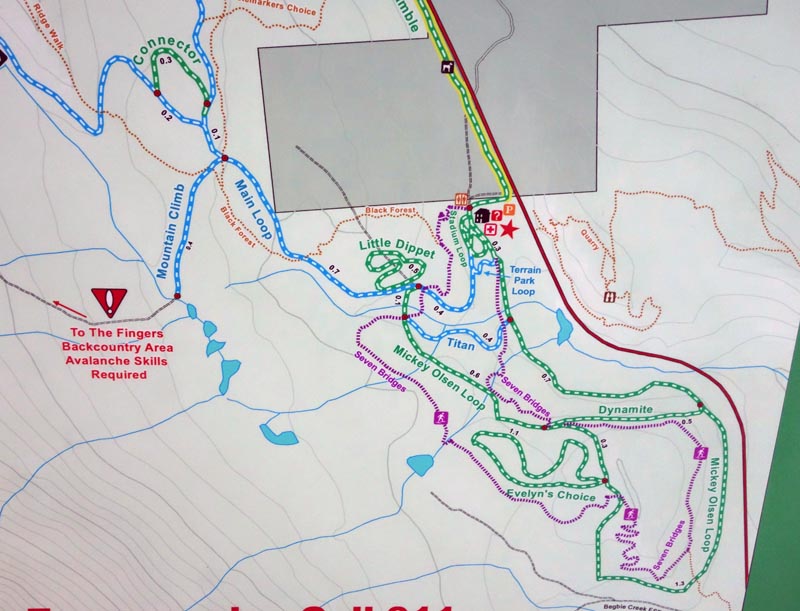 Junction to the Backcountry area from the Cross Country Area. The nominal fee of $5.00 is a bargain for this access. 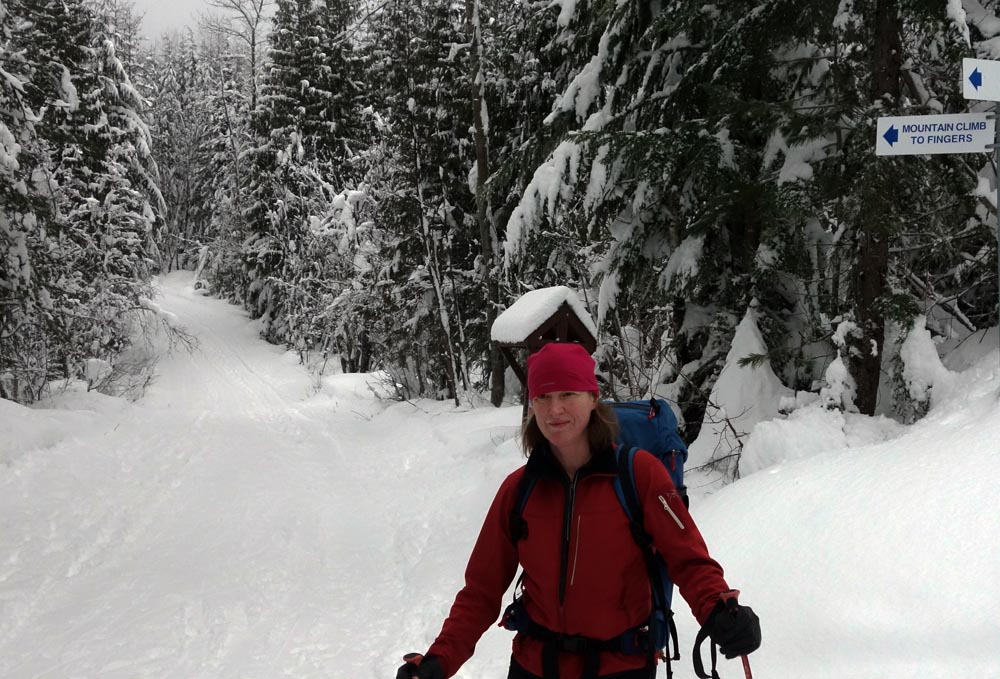 Skiing Down the Fingers – Revy 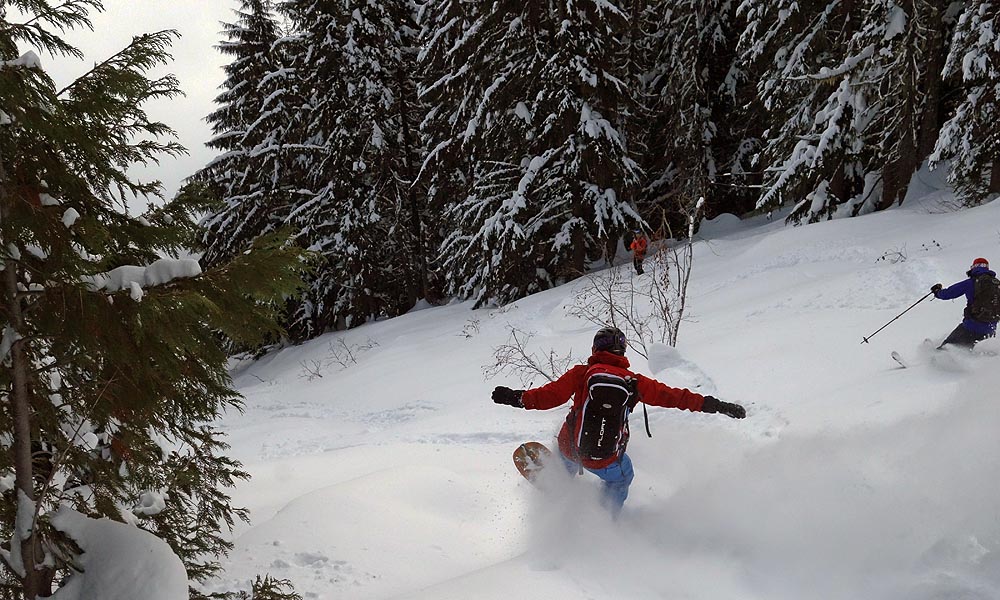 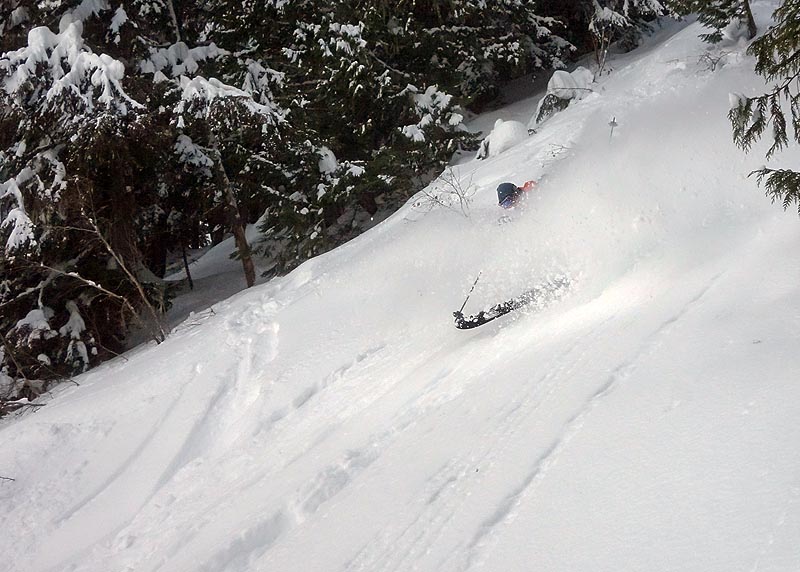 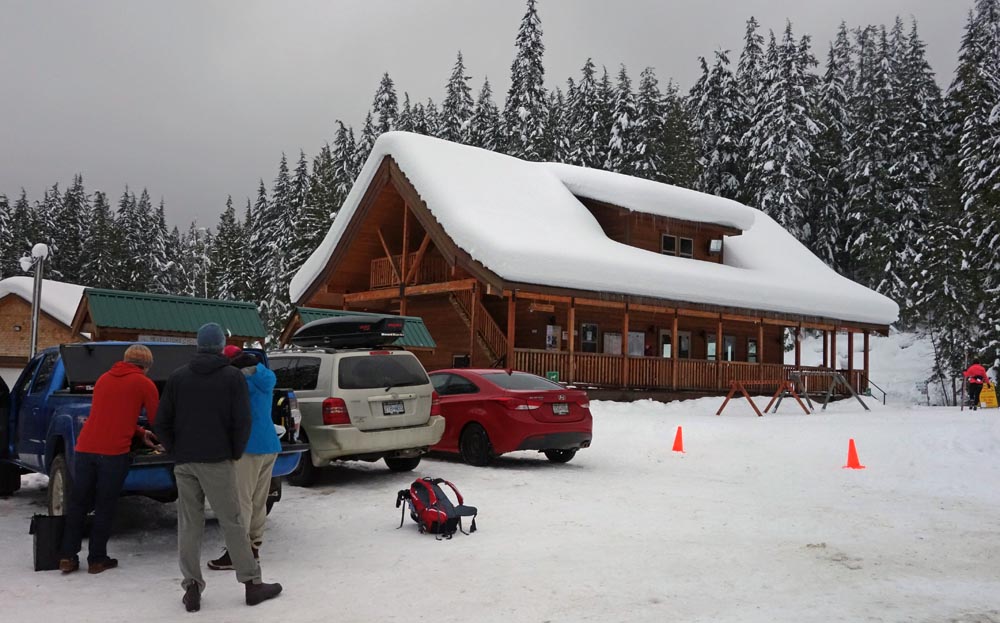 Dec 24th- Flute Shoulder – Not bad coverage and pretty good snow once you get into the Whistler Alpine. 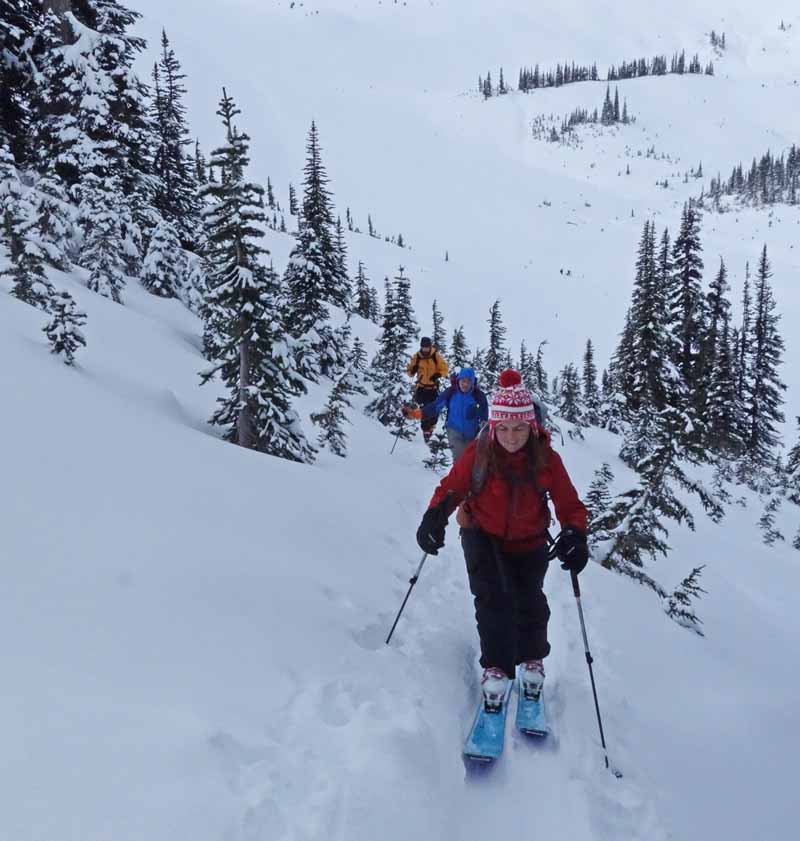 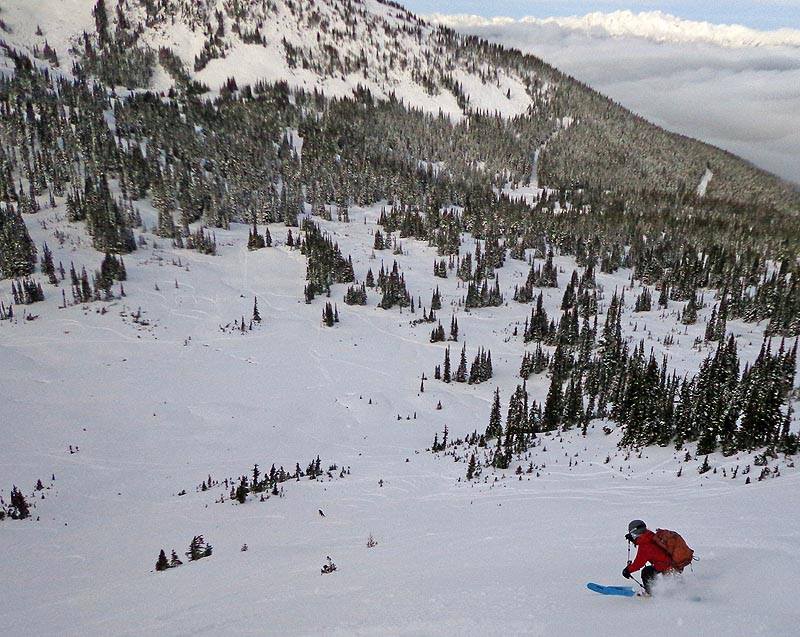 Dec 25th – Cerise Creek and Vantage. We go to see for ourselves how the Duffy is. Pretty bony. The Cerise trail has very little snow, not a lot of snow is covering the creek so the trail is a bit above it and quite up and down. We had to put our skins on for about 1/3 of the ski out, there were a couple of spots where we had to take off our skis. It wasn’t that bad higher up though. 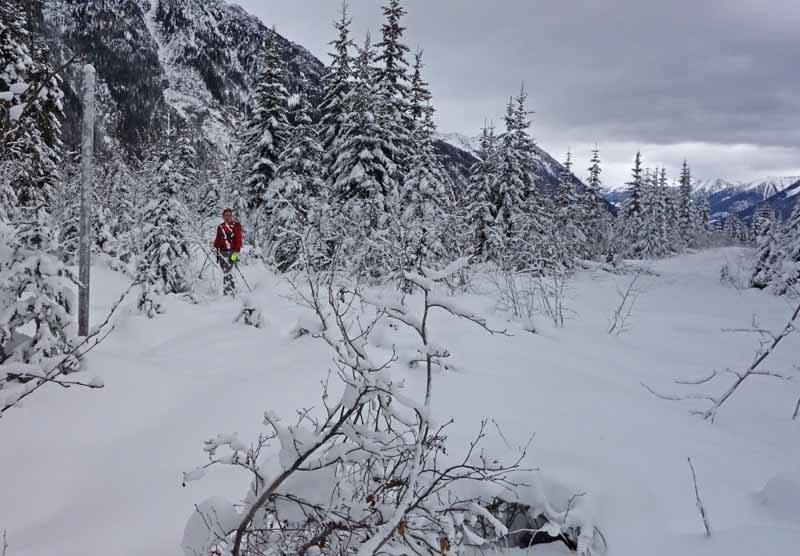 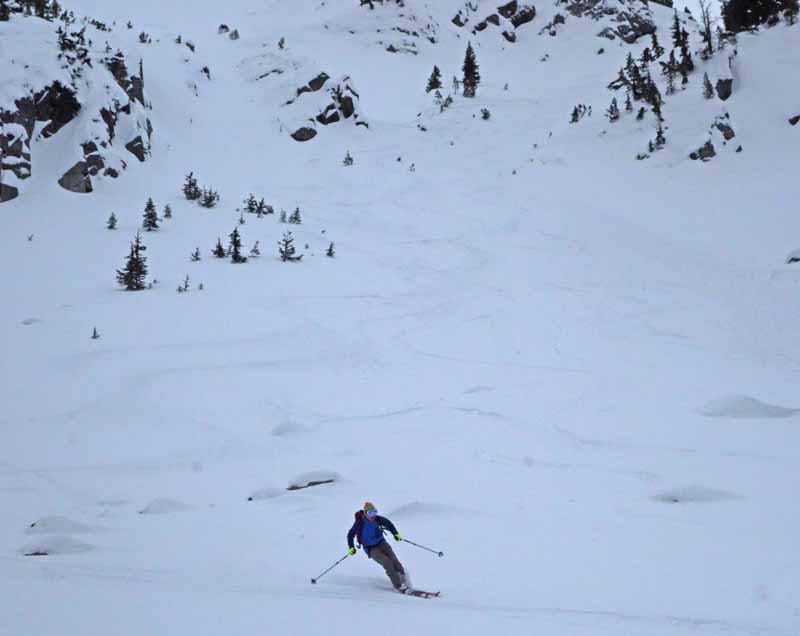 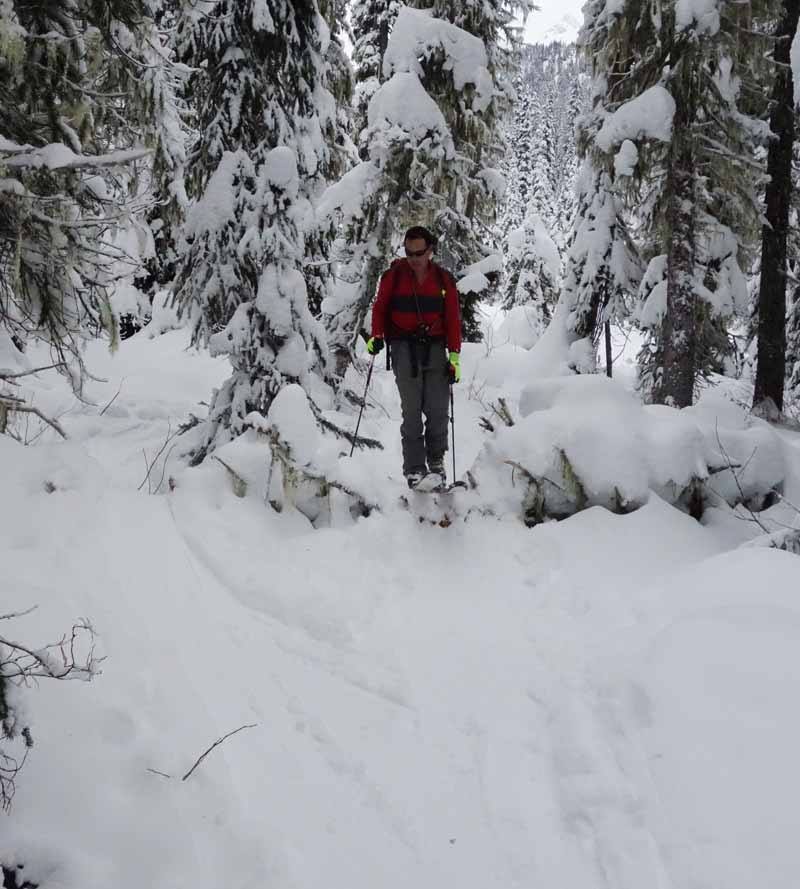 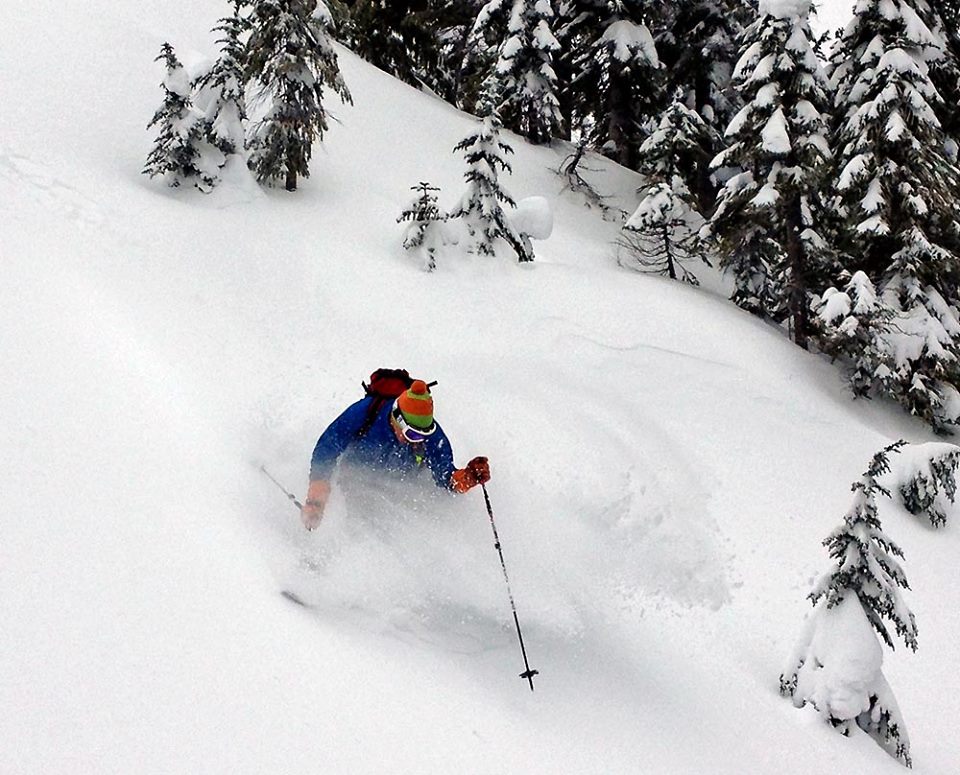 Dec 7th – Still no new snow, and an Arctic High sets in and freezing everything. The mountain biking was actually quite good if not cold! 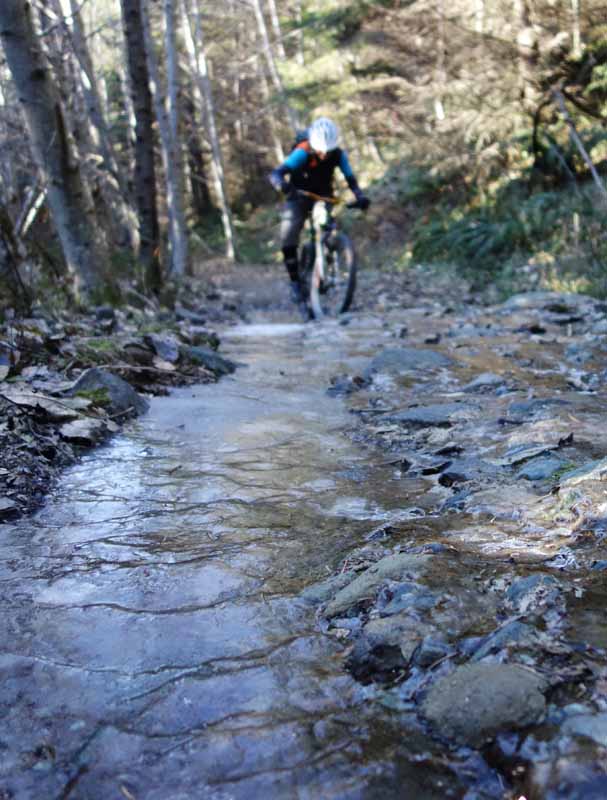 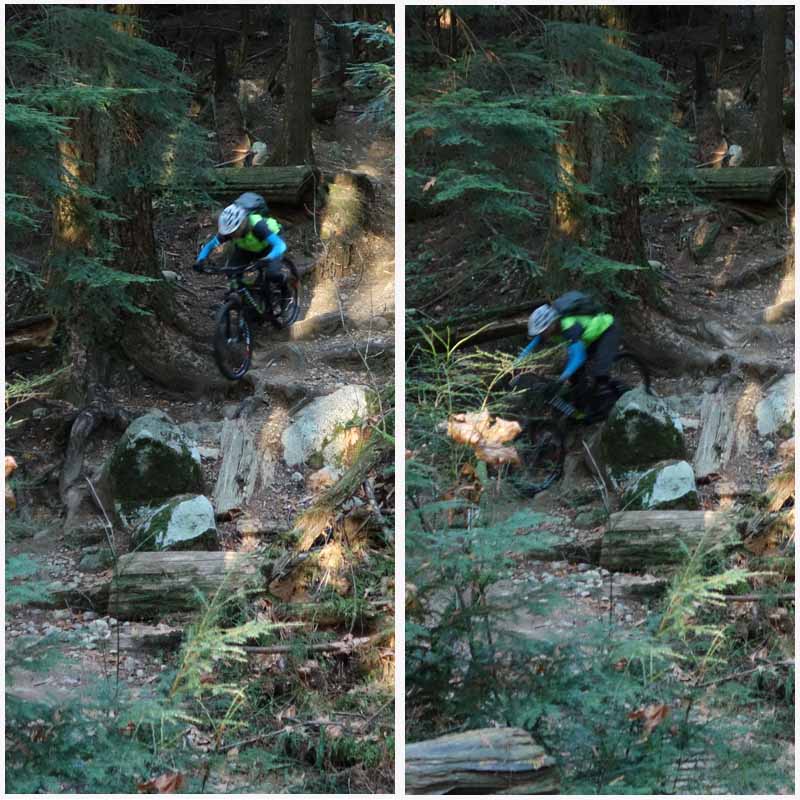 Cypress – Dec 3rd. Not a lot of natural snow has fallen or is in the forcast. Fortunately Cypress is making snow, so we get our touring legs ready for the season by skinning up the runs. If it weren’t for snow making on the local mountains they still wouldn’t be open! 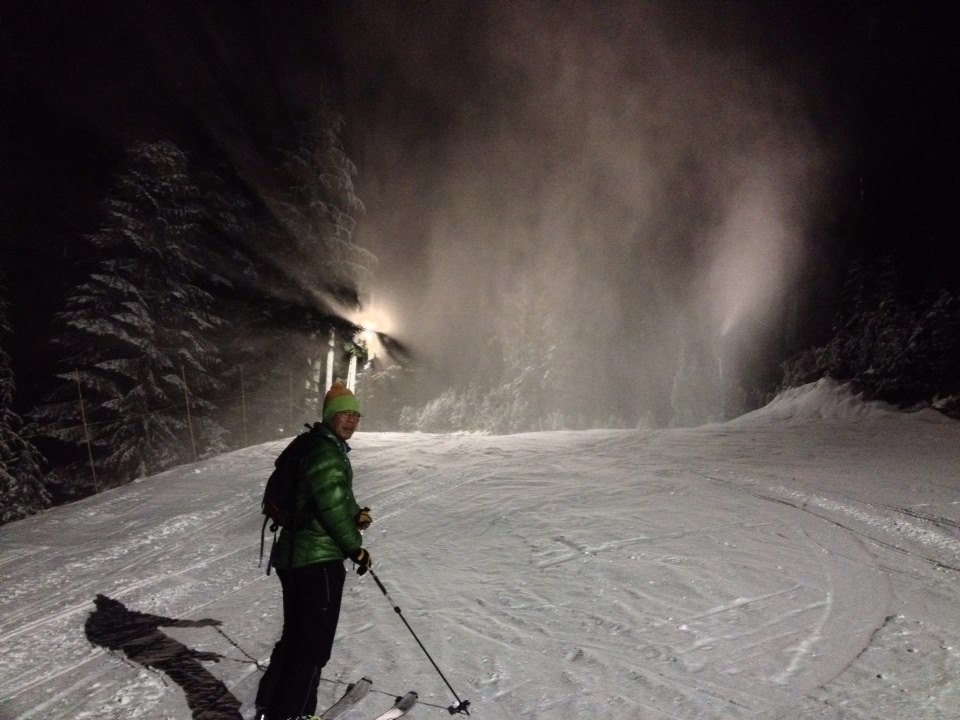 Nov 22nd – Whistler Opening Day! We head to the Alpine and skin up from the Roundhouse to the top of Harmony. I get a blister in my new boots, so Lee and Dan do another run. 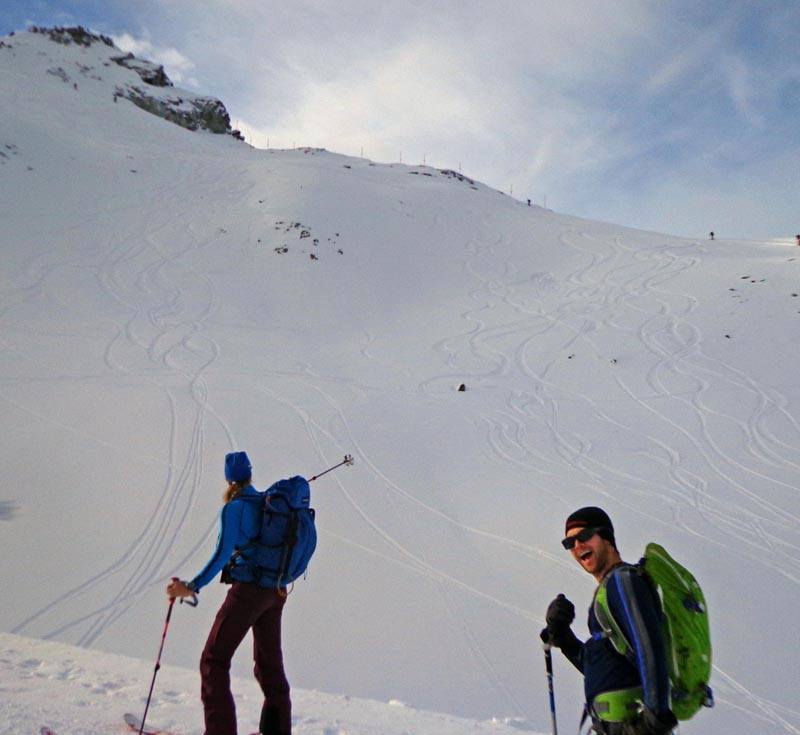 This entry was posted in 2013, ski and tagged mountain biking, whistler. Bookmark the permalink.