The year starts out with a cold snap so on January 3, Sharon and I head up to Squamish to day-trip in Diamond Head in Garibaldi Park. With us are our friends Mike and Kathleen from Squamish. One of the most accessible backcountry areas in the Lower Mainland not overrun by snowmobiles, Diamond Head’s road is even plowed but can require chains. 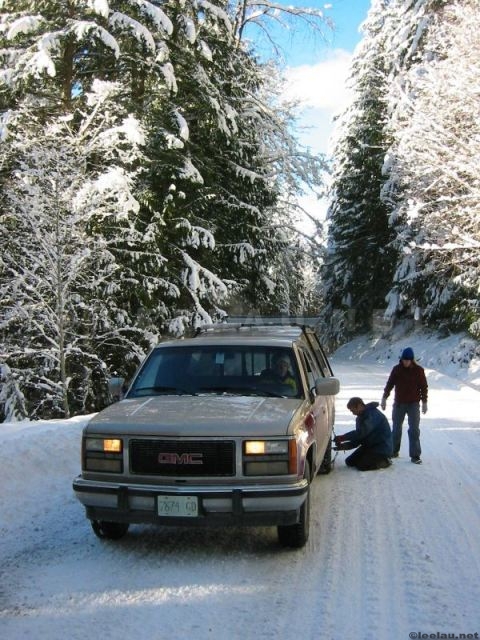 From there we skin up a short one hour access road in brilliant sunshine looking down on to some whitecaps whipped up a viciously cold north-easter blowing down Howe Sound. 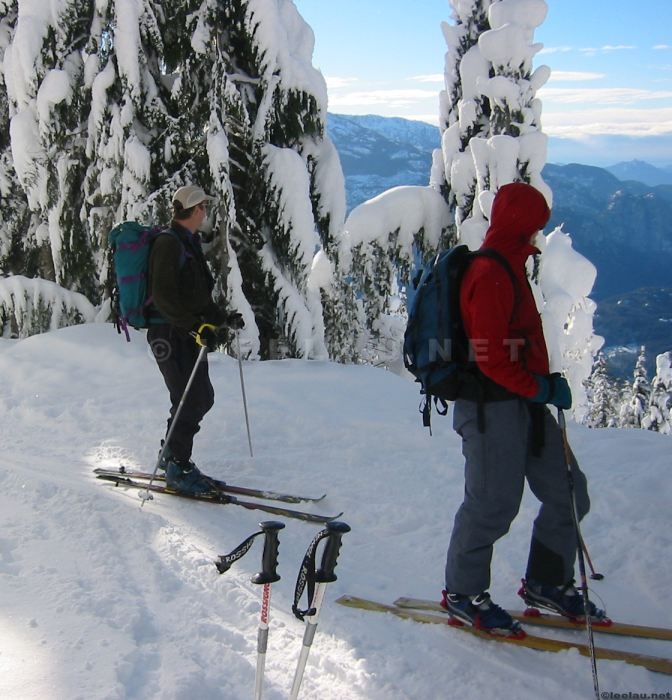 Red Heather cabin is crowded so we opt to bypass the cabin and take in the views of the Tantalus Range.

Here are Kathleen and Mike. 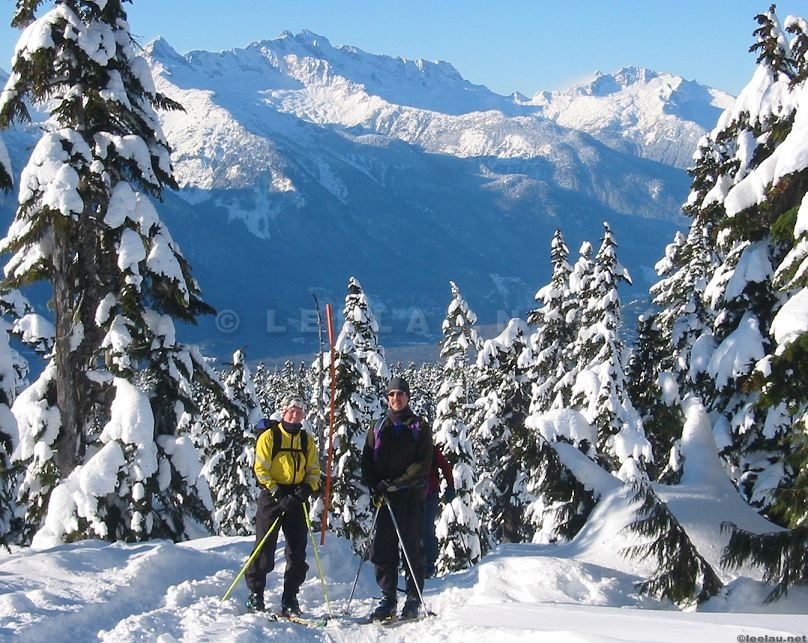 Being quite cold, the snow is unusually light and fluffy. Sharon on a mellow slope. 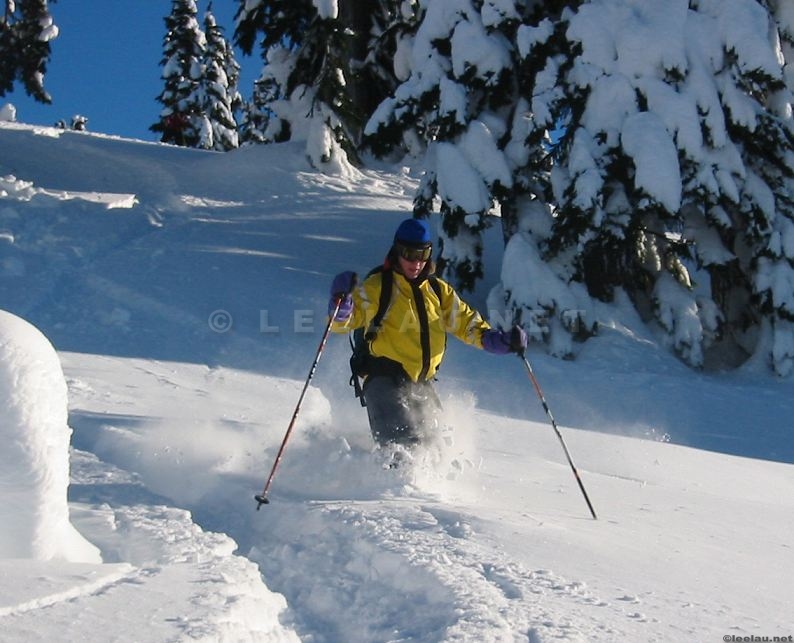 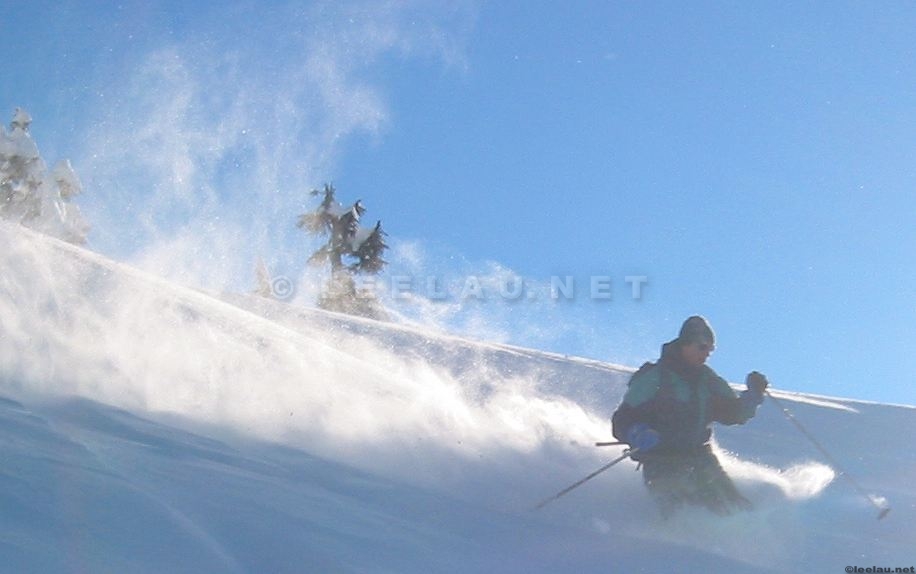 Although a mellow introductory type of area, Paul Ridge does have a special place in the heart of lmost every Vancouver backcountry skier; after all this is invariably where one makes some of their first turns off-piste

The next day we are off bright and early to Mt Baker. One border crossing, two hours driving; three bacon egg mcmuffins, and one bigass Pacific Rim volcano later, here we are on top of a ridge overlooking the Mt Baker ski area. We are on a spur of Table Mountain which is to right of the picture; Herman Pass is slightly below Colin in this picture. 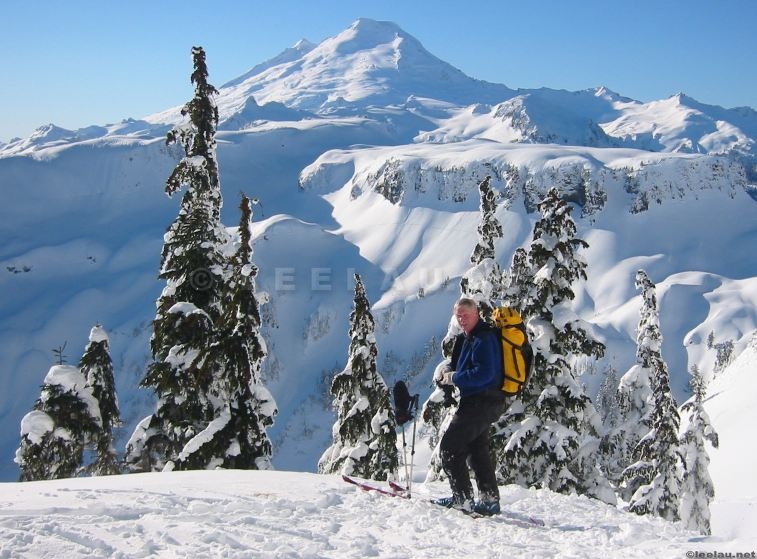 Sharon on the skin track leading up from the lake. There are tons of ski mountaineering routes in this area. 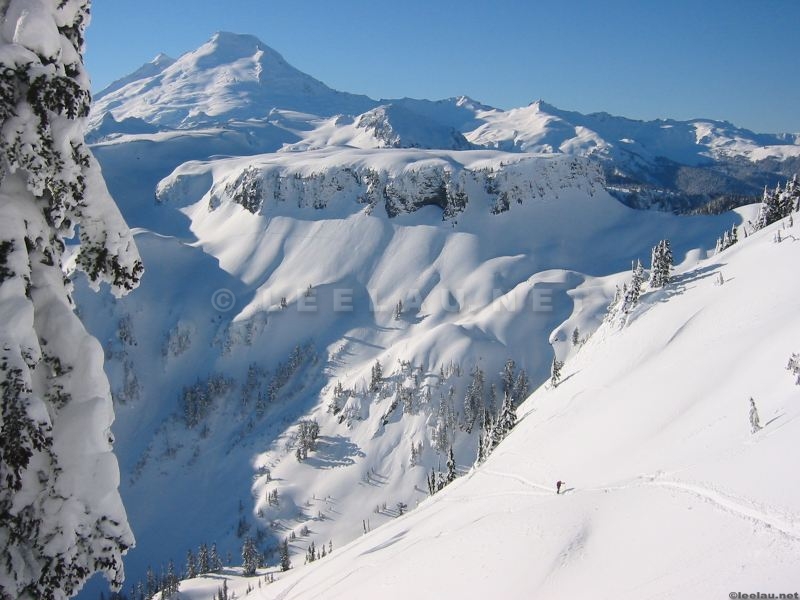 Here Sharon contemplates the steep part of skin track; one step forward – one step back 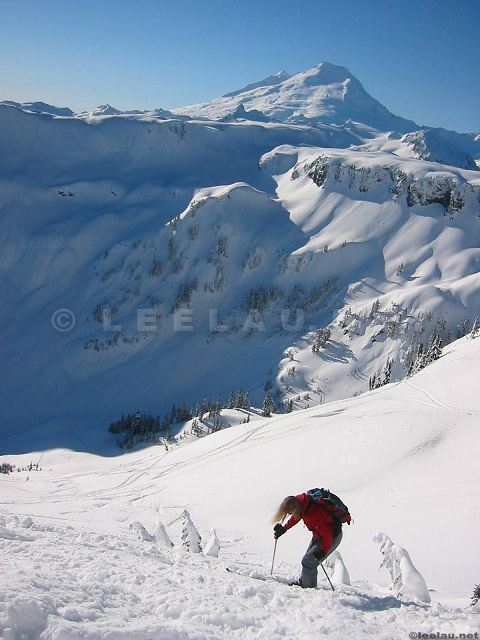 Colin starts our assault on the south face of this ridgeline. 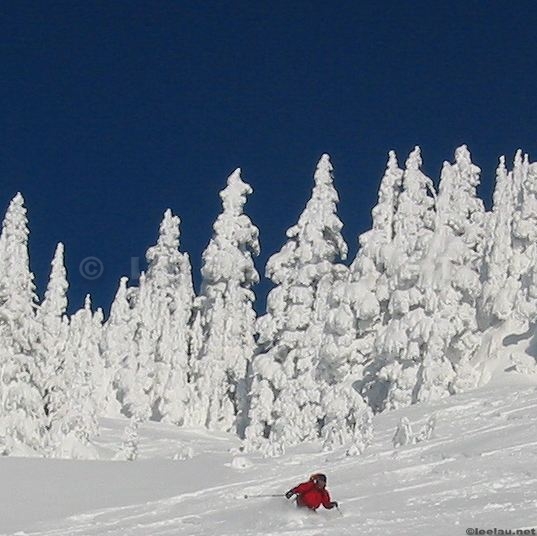 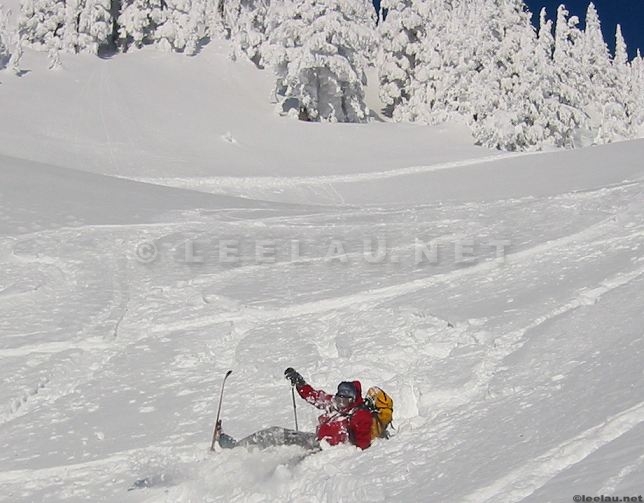 Fortunately Colin is none the worse for wear. 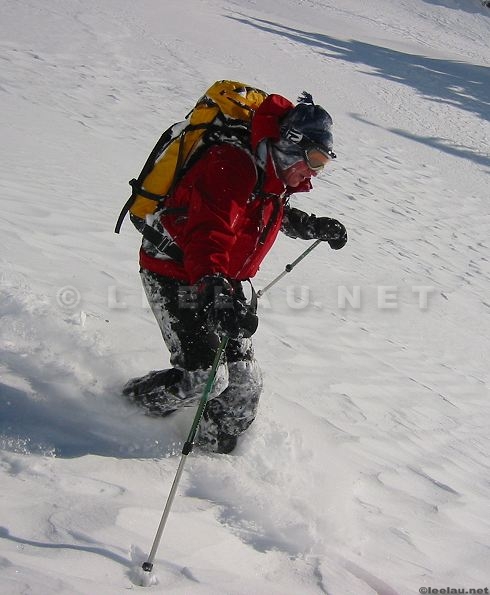 Sharon finds her own way to rapidly decelerate 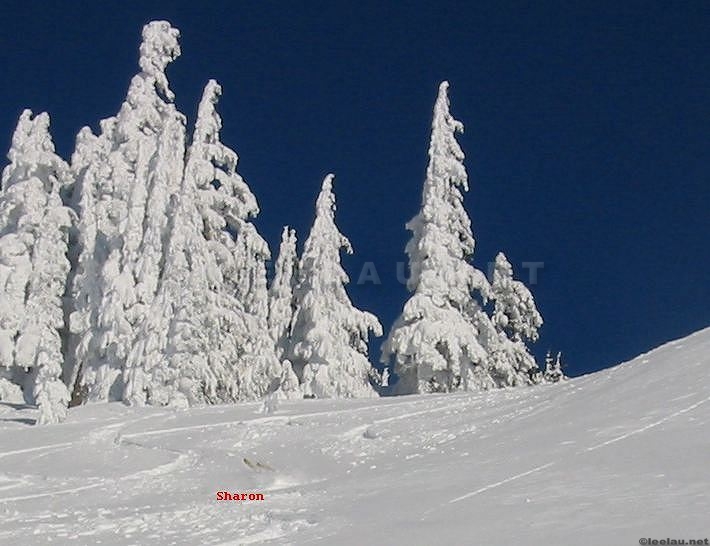 Happily we find a run that hasn’t been sun-baked. 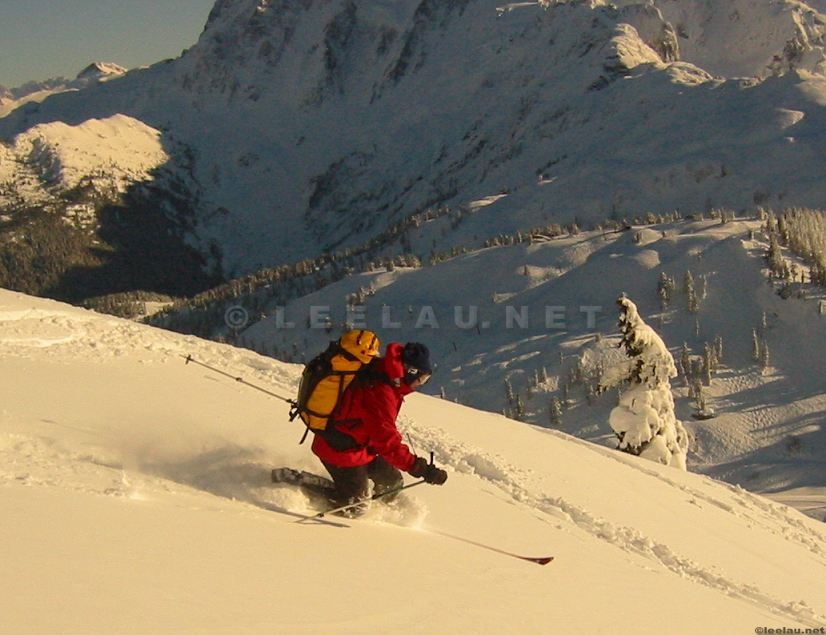 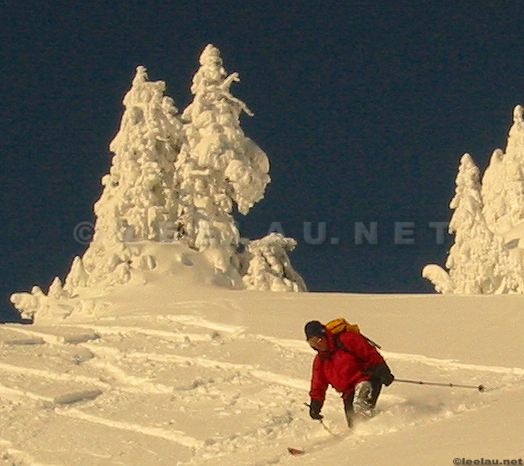 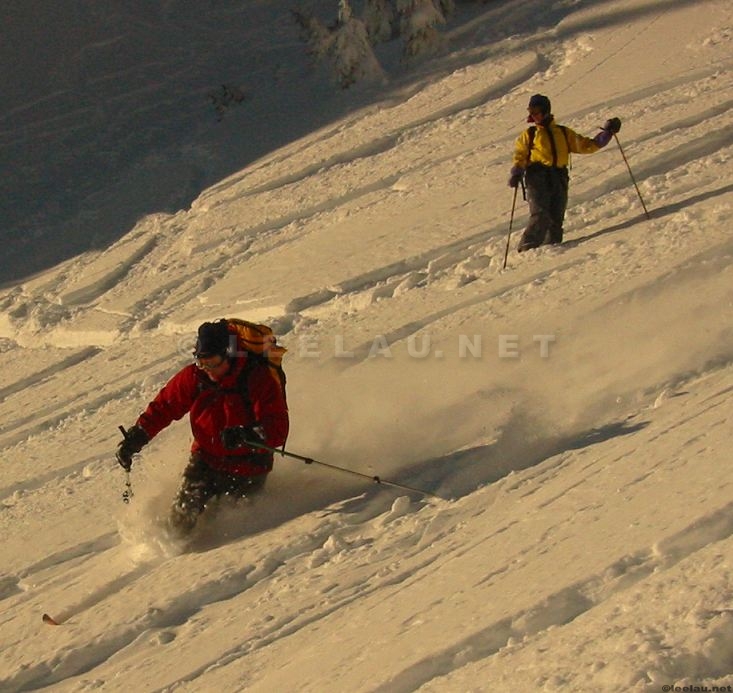 This is a busy run. Note the dog keeping up just fine! 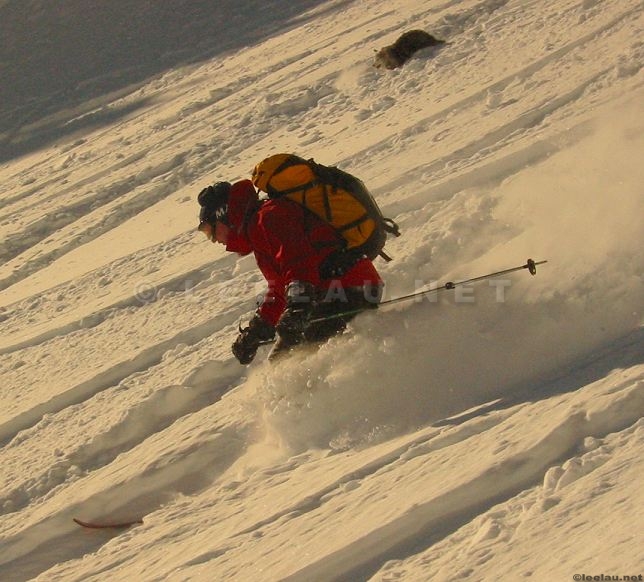 Sharon cuts some lines in the next few pictures. 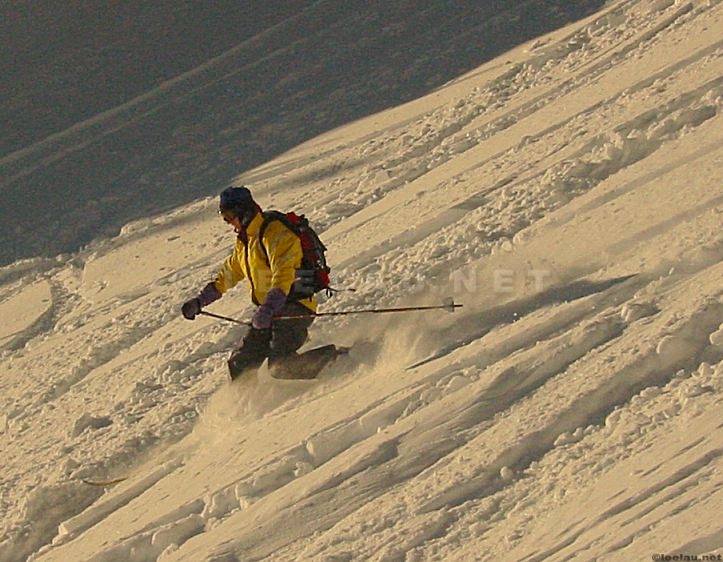 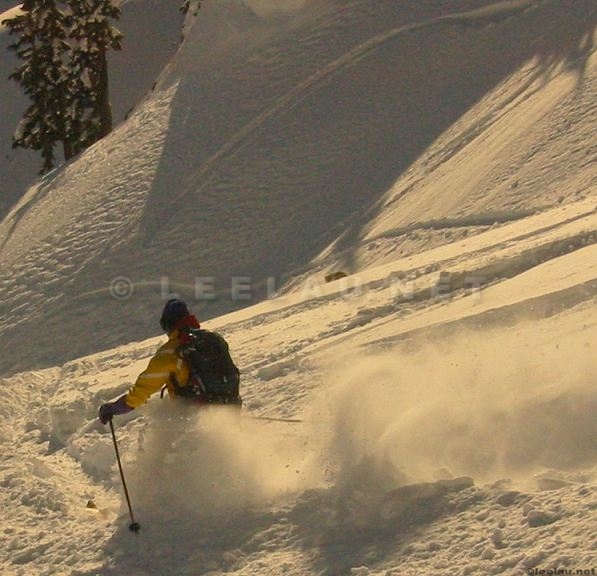 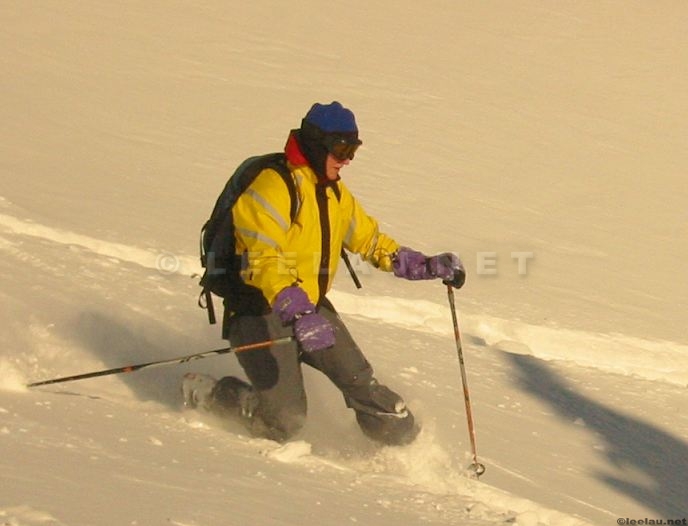 Some unknown skier. It was a cool picture so I kept it. 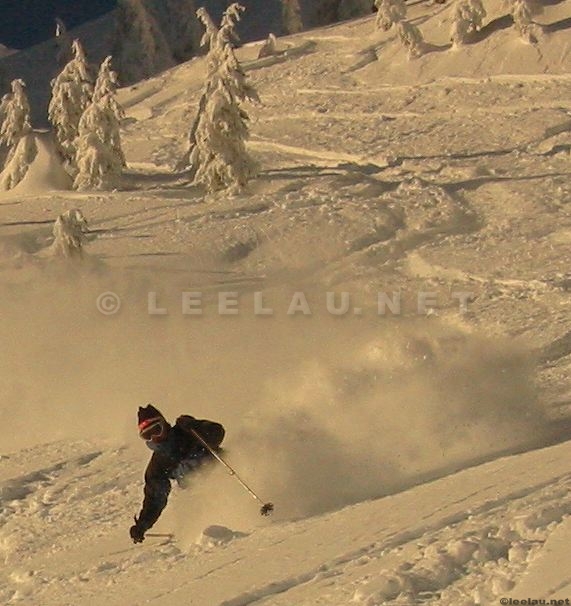 I strike a pose before cutting some lines of my own 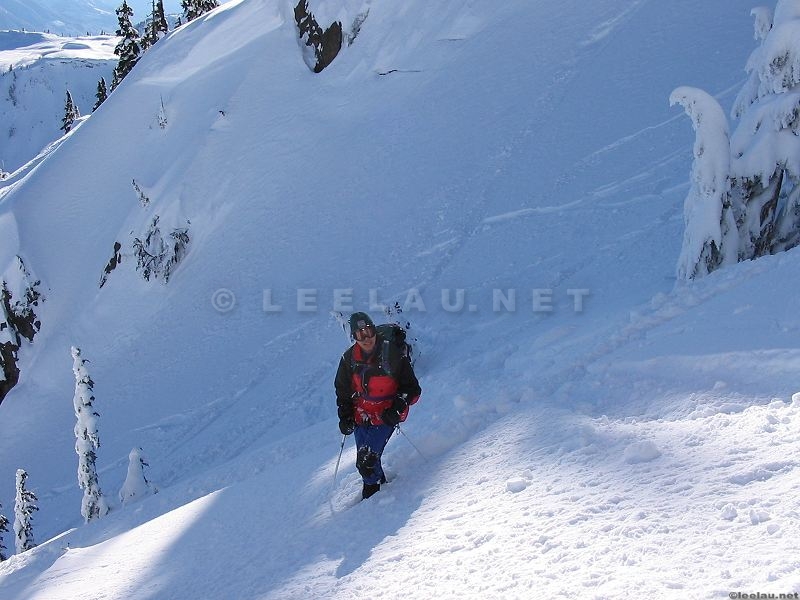 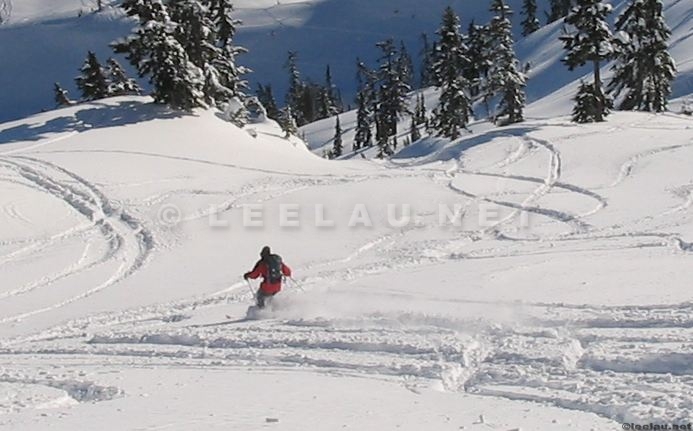 On the last pitch I stopped just before a nice size drop-off. I swear I told everyone to bear off to the side. Sharon charges the slope and all I hear is “oh s&**” and she goes flying off the drop. I can’t believe I didn’t get the photo. 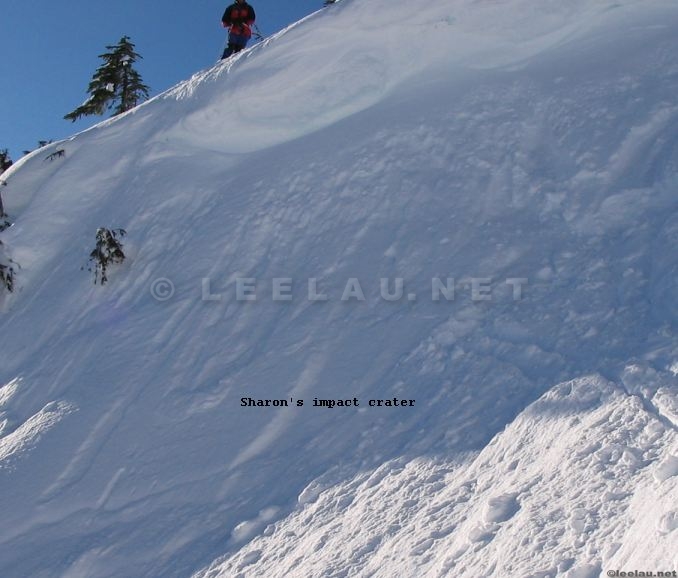 Looks like Sharon got about 20 feet of air. Are you impressed? Colin and I certainly were. 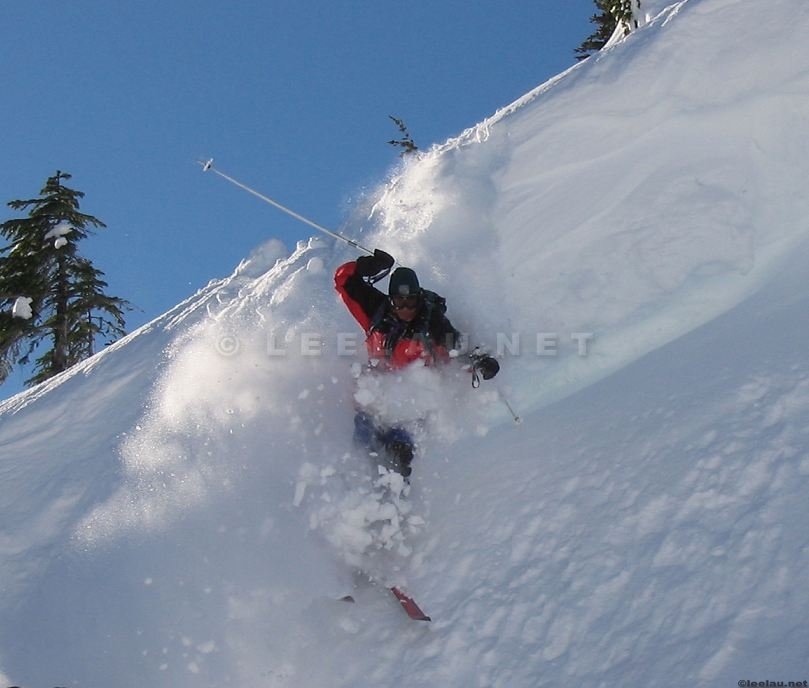 Laugh all you want at my form. This is my first “large” drop on tele skis. 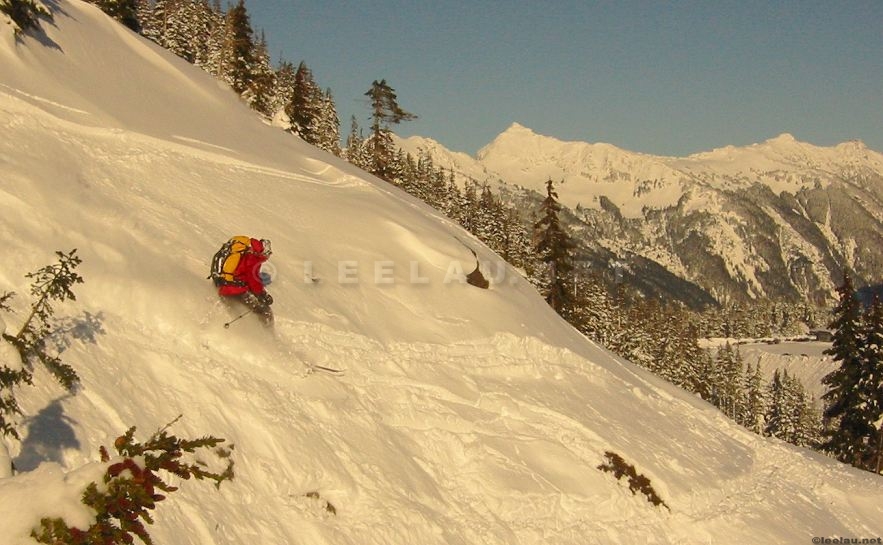 Colin deep knee bending into a turn just before carving a pow line right over the rock you can see on the right side of the picture. 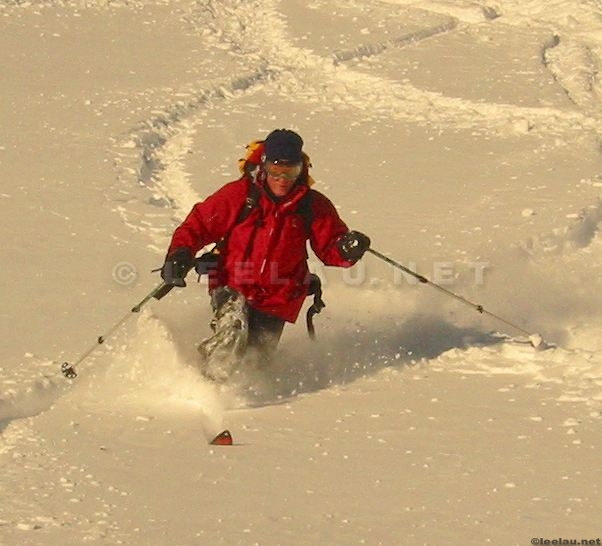 This entry was posted in 2004, ski and tagged Diamond Head, Mt. Baker. Bookmark the permalink.