Sitting north west of Cerise Creek, a popular backcountry destination due to the presence of a hut, is a lesser known area called Chief Pascall. With its rather convoluted terrain we find ourselves drawn to this peak for some exploration. We have ventured here twice before – Feb 28th 2004, and April 2nd 2004. We didn’t ski in the Duffey at all last year due to the lack of snow!

Now we’re back! With that little more knowledge and a GPS! 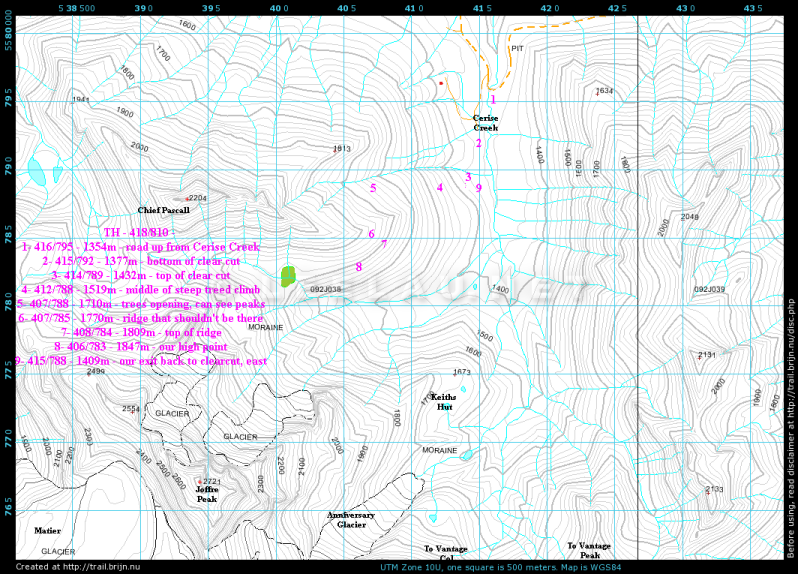 The numbers indicate the waypoints along our route. At point 6 we thought we would be on a ridge, but it seems that this map is either inaccurate or mislabelled or our GPS and our compasses are wrong. Either way looking east of point 6 we still had a ridge to gain up to point 7 (the map shows this as a downslope but its a steep upslope!) 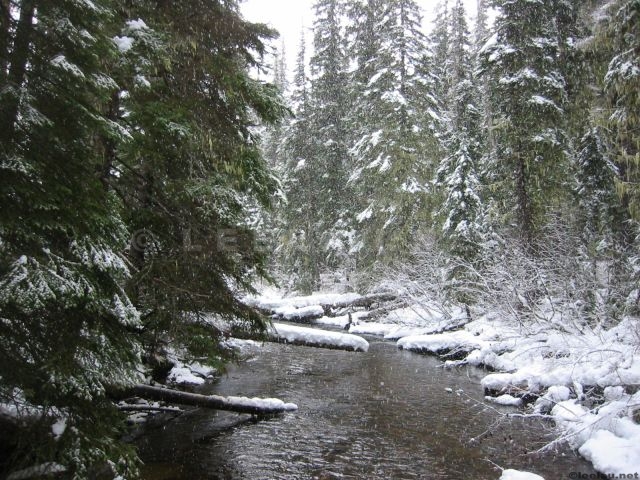 Near point 1 on the map. The road you take to access Keith’s Hut runs E/W, we turned South off this road to head up to Chief Pascall after crossing a bridge over Cerise Creek. This is at around point 4 on the map. It was quite steep. Fortunately there were only two of us on this skin track… As I was demo’ing some Carbon Movement SPARKS! That were LIGHT! I actually was able to climb up a pretty steep grade! 20percent! The snow was pretty sticky here too, with only about a 4 inch ski penetration which helped… 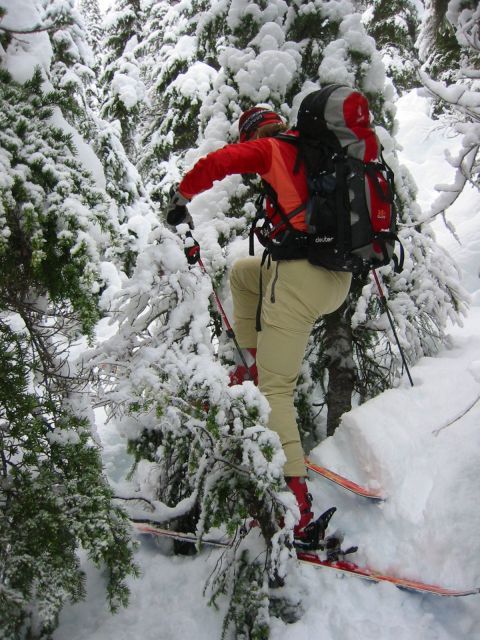 This is between point 5 and 6 when the skies cleared a bit and we could see Duffey Lake! On the top of this picture you can see our skin track on this rather steep slope… the start of the track was point 6 on the map. We have gained a ridge – point 7 on the map. We climb up a little farther. The snow is getting a lot deeper here and we’re getting about a 10 inch ski penetration. When I took off my skis to remove my skins the foot penetration was about 3 feet!

We start down the open slopes of Chief Pascall. After navigating between points 8 and 9 on the map, which could make for a less steep skin up, we are back on the main Cerise Creek ski out.

Here are some moss covered trees that looked pretty cool. 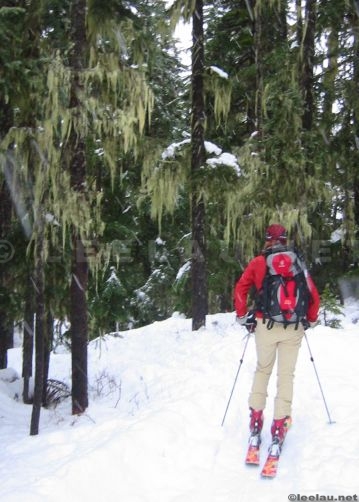 Since Lee is sooo fast skiing down, and he always has the camera, here is the token Lee shot! Lee was skiing on the Movement Thunders today. They are quite stiff as you can see from the lack of flex as he crosses this creek. Another creek crossing where you had to remove your skis. It’s nice that these skis were so light during parts where you have to carry them! 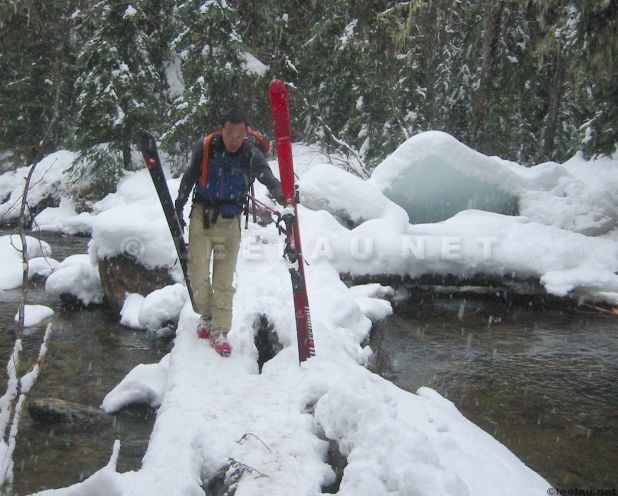 Here I am with the Movement Sparks nicely secured on the back of my Deuter pack both of which I was testing! 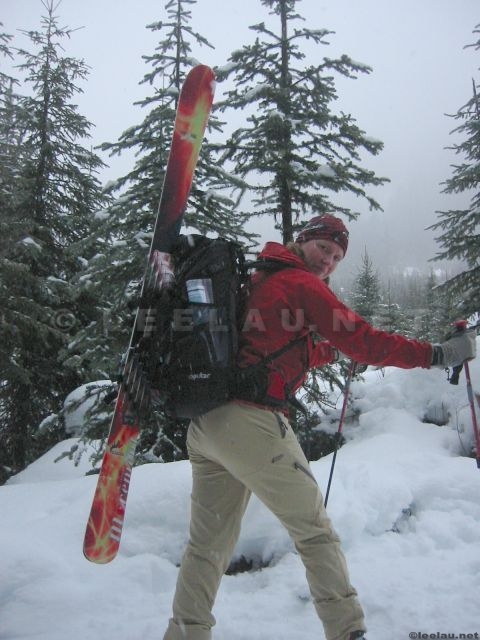 My Gear for this day.

Ascending was minimal that day. We spent 6 hours tramping around in the bush but only ascended 740m. For aerial shots of this general area click here and look for pictures of the Joffre Group

This entry was posted in 2006, ski and tagged Chief Pascal, Duffey. Bookmark the permalink.