Our first day’s ride to Klone Peak had been an epic. Initially Monte had planned on taking us to Pyramid Peak for another ride. The ride to Pyramid Peak itself is a bit of a death-march which Monte has done and involves an ascent to 8245 feet. Given that Klone Peak’s climb to 6800 feet had punished us already yesterday we gratefully agreed to ride the Lake Creek trail instead. 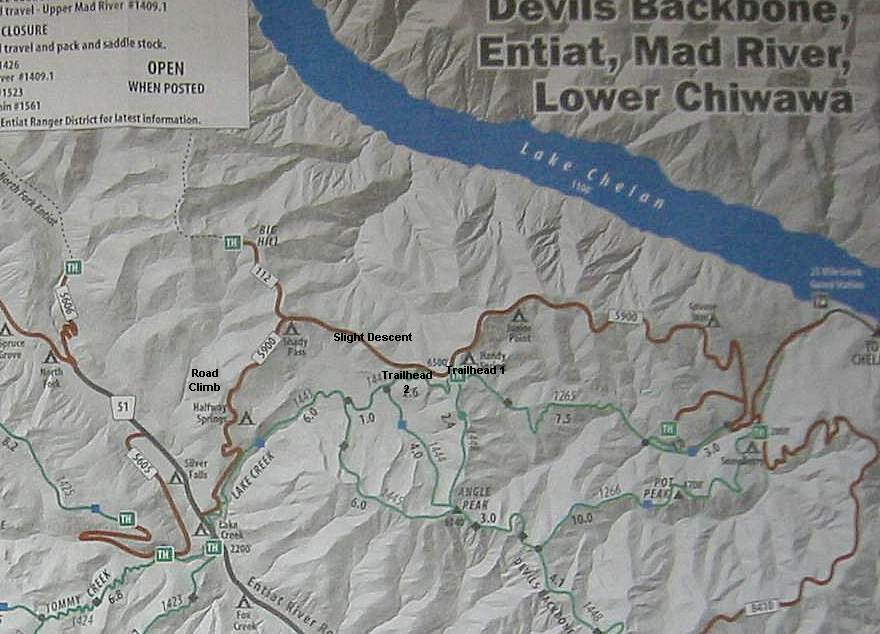 The ride starts from the Lake Creek campground and ends there also in a loop. The climbing is easier then the sandy hell of Klone Peak’s first grade; being “only” a 4400 feet (or 1300m) grind up a nicely surfaced gravel road up to Shady Pass and then to the Lake Creek/Angle Peak trailhead – which I marked as Trailhead 1 on  the map above.

In this picture below, Monte points to Pyramid Peak – the alpine peak on picture left. We will leave Pyramid Peak’s tender mercies for another day.

After gaining Shady Pass, you descend the gravel road for about 100m. This picture shows the view west across and into the Entiat drainage and looking into the area where we will ride downhill on the Lake Creek trails. Anticipation grows for the 1500m of descending down cherry singletrack,

This picture shows a place where you can park if you choose to drive up the access gravel road and looks south west down the Entiat drainage. The dark clouds that we saw from the heli-pad on Klone Peak’s ridge yesterday deluged this locale but the ground is so thirsty that the moisture is already gone. Some hikers are here but no dirt bikes for today. Apparently the Entiat area is much less popular for users being an hour further from Seattle then the easily accessible Chikamin trails. The Devil’s Gulch area draws away the Wenatchee crowd also.

Not too far from our lunch spot is Trailhead 2. The US Forest Service has built the mother of all parking lots and burn-out spots here. Evidently they expect crowds.

From the climb just past trailhead 2 there are glimpses of Lake Chelan, a part of the 50 mile length anyway, to the north. 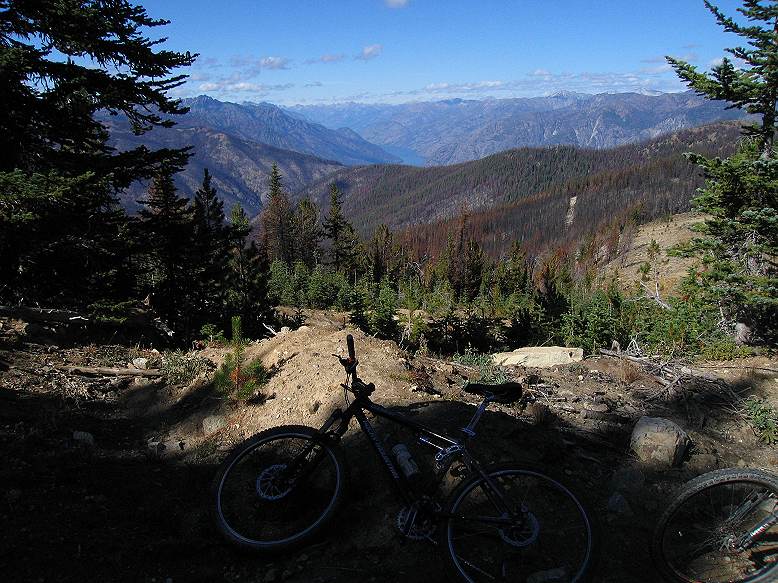 Just up from trailhead 2 is another trailhead and a broken signpost. We ignored the south forks – which take you Angle Peak – and took the west fork to the Lake Creek trails. The map above shows that the Angle Peak trails subsequently join the Lake Creek trail further downhill but we weren’t in the mood for a death-march. The trail we took becomes rather wide. It looks like some erosion control work has been done and it parallels the gravel access road for a bit (you won’t be able to see the gravel road) then there will be a sharp left turn leading you to the singletrack. … and what singletrack it is. 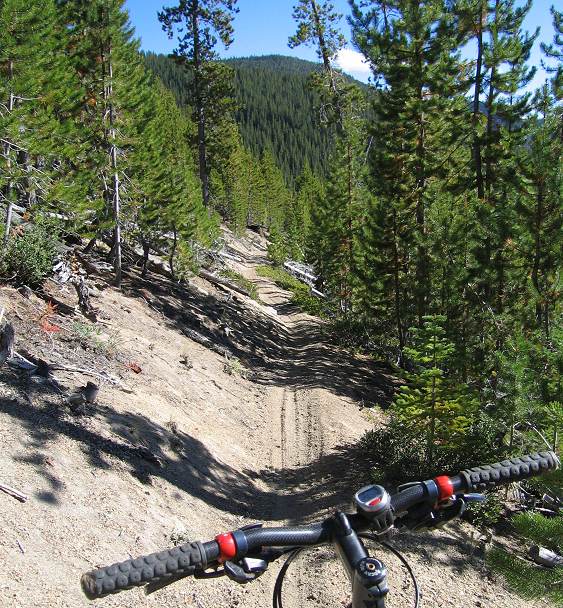 Unlike most other trails shared by bikes and dirtbikes and hikers, the trail is fairly narrow. It’s also in terrific shape due to recent rains. As with Klone Peak yesterday, the corners are bermed and fast. 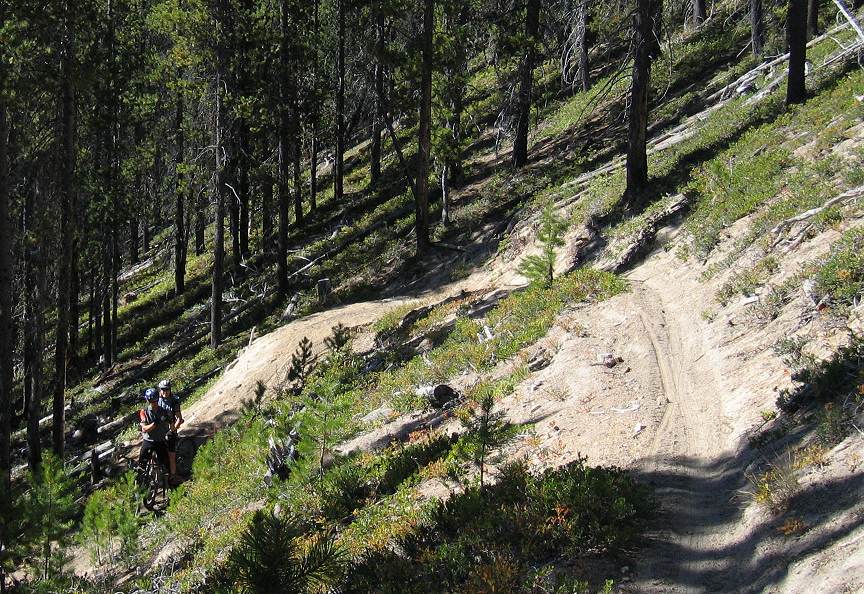 I sure wish I had a helmet cam on this ride; its impossible to describe how much fun it was to ride these trails. 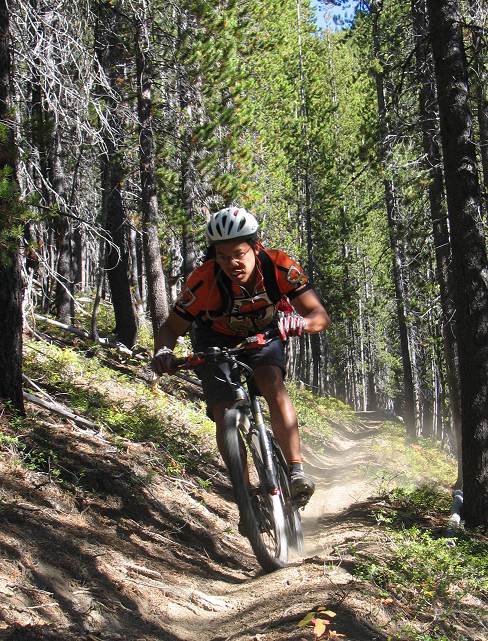 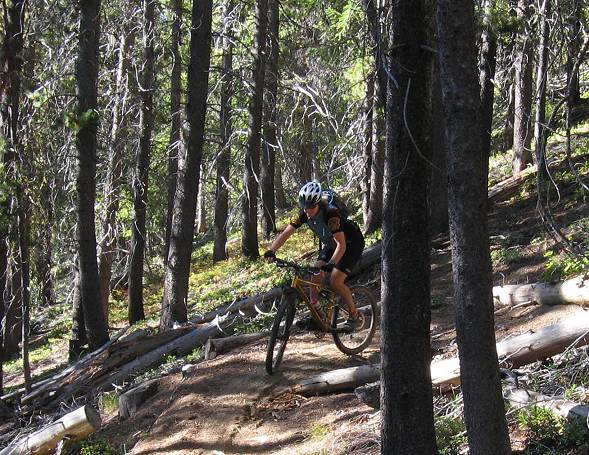 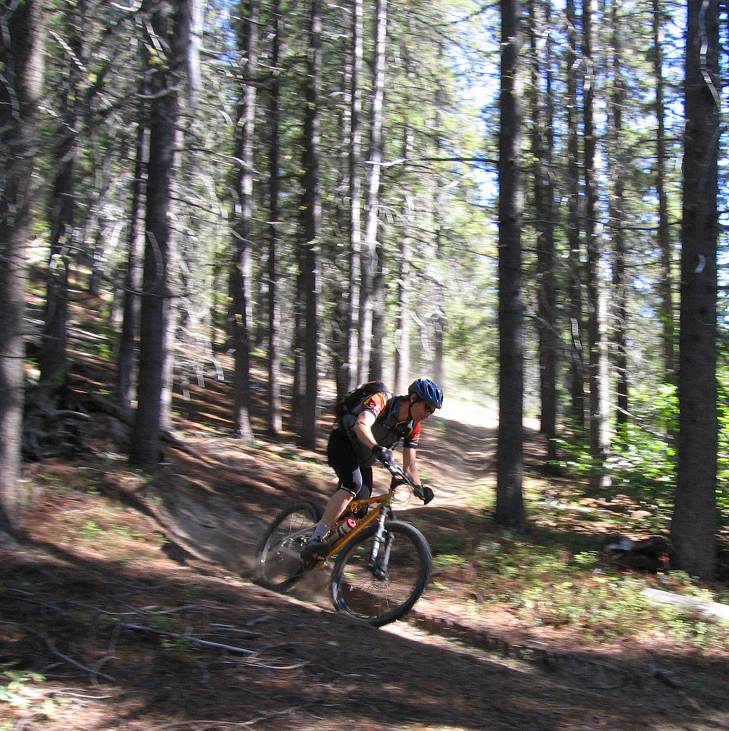 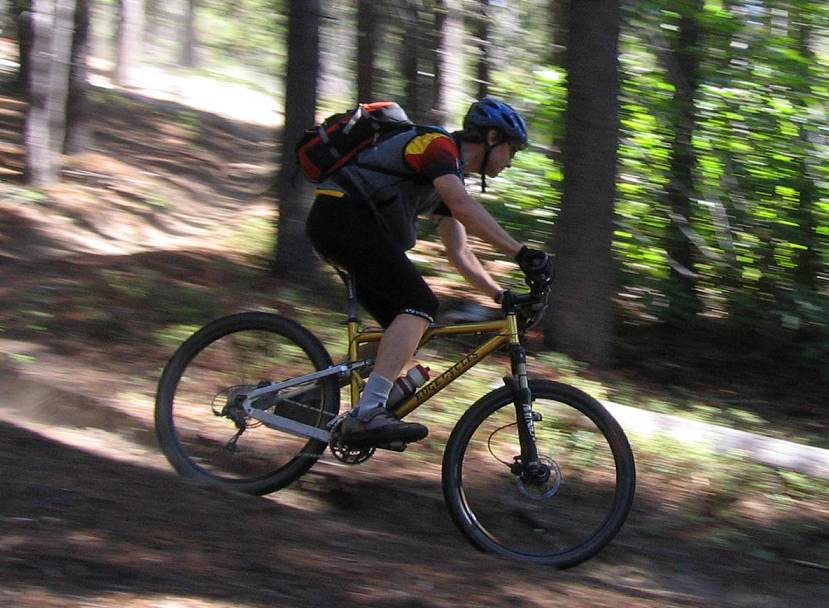 Sharon tests out a Turner. 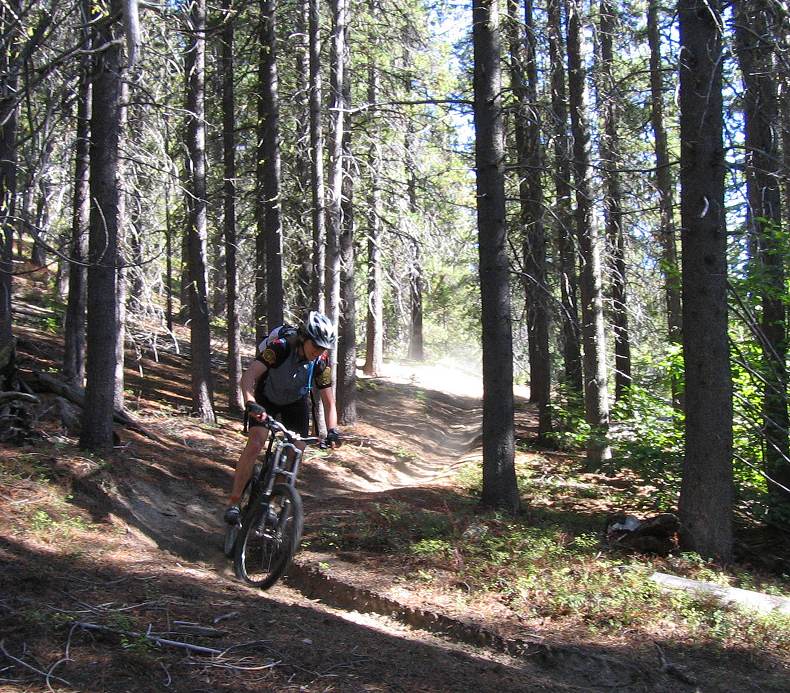 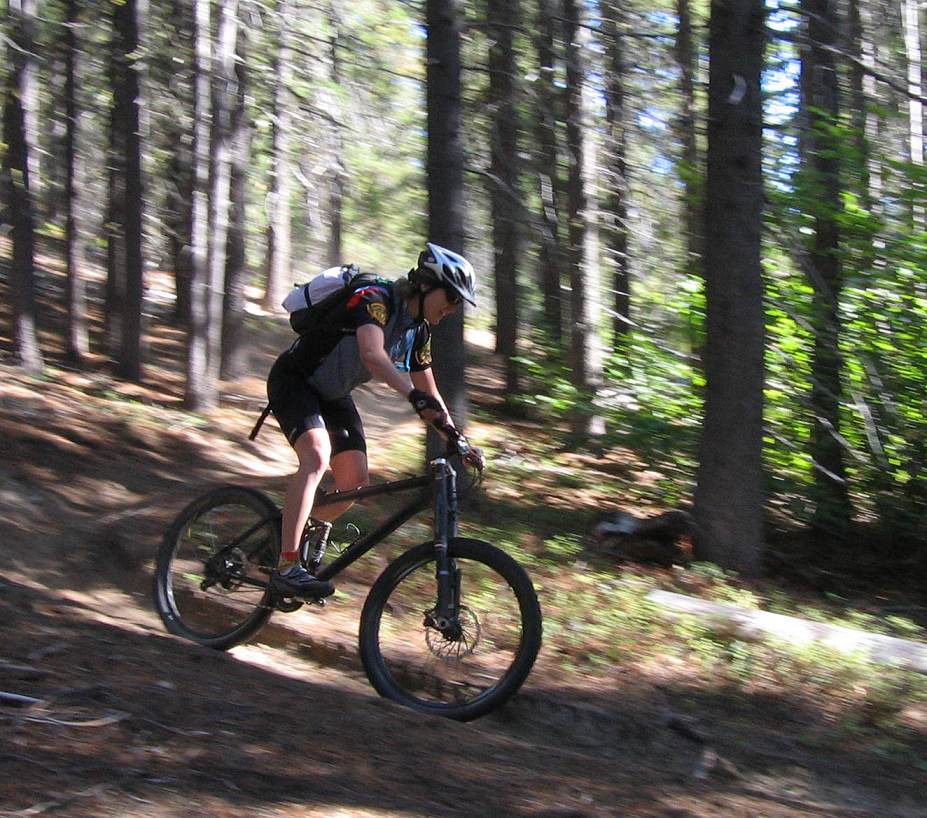 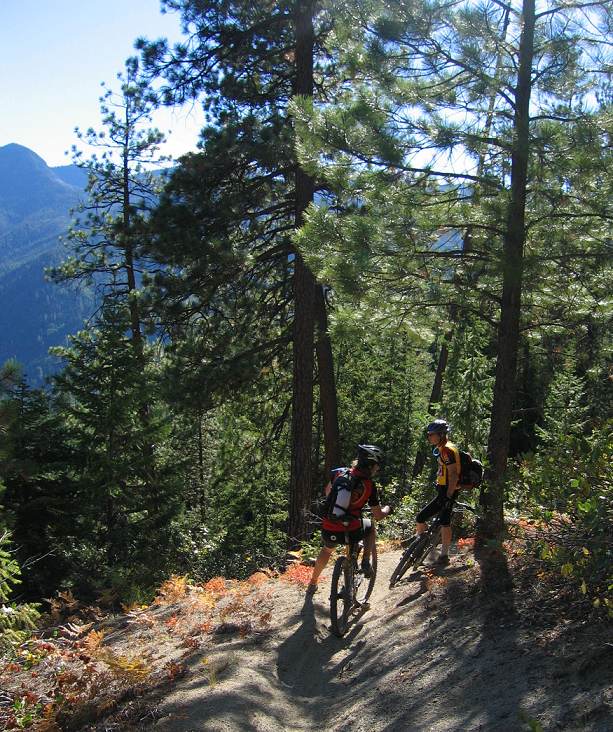 This ride was not as long as Klone Peak but still shared the same feature of being much more challenging then it looked on the map. It was 42.5km and ascended 1590m. We spent just under 6 hours on our bikes.