Exchange day and conditions really sh&* the big one. Freezing levels rose, 35 cms of snow fell on the already wet dense 20+ cms of yesterday. I cowered in a corner in the back of the lodge and furiously ate trying to recover lost body weight, dreaming of my wife flying in with a 12 pack of cream horns from Revelstoke’s Chalet Bakery.

It was not meant to be, I listened as both Don and Craig of Golden’s Alpine Helicopters tried to get even one flight off the ground. It was raining hard in Golden and visibility was pretty much nil at the hut. Frantic phone calls, rescheduling flights and shifts were made by our group and we settled in for another night.

The next day the weather broke and the birds flew. Little did we know that the next few days would bring bluebirds of happiness to the North Selkirks glaciers and peaks. 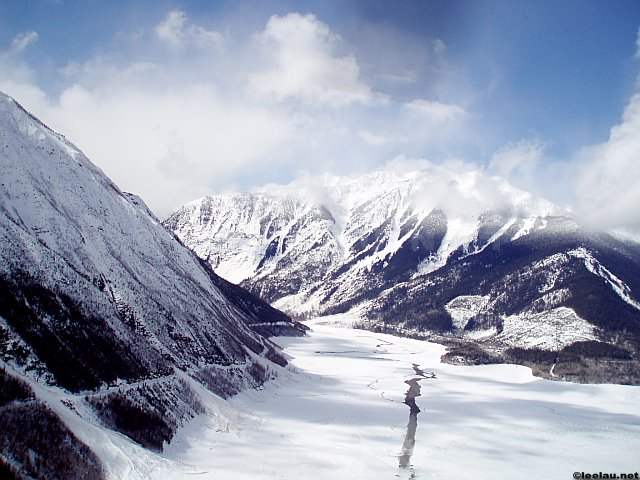 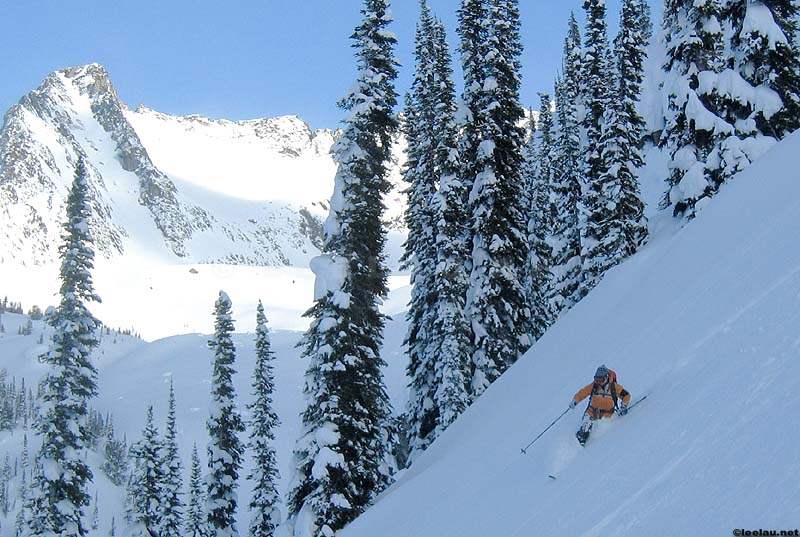 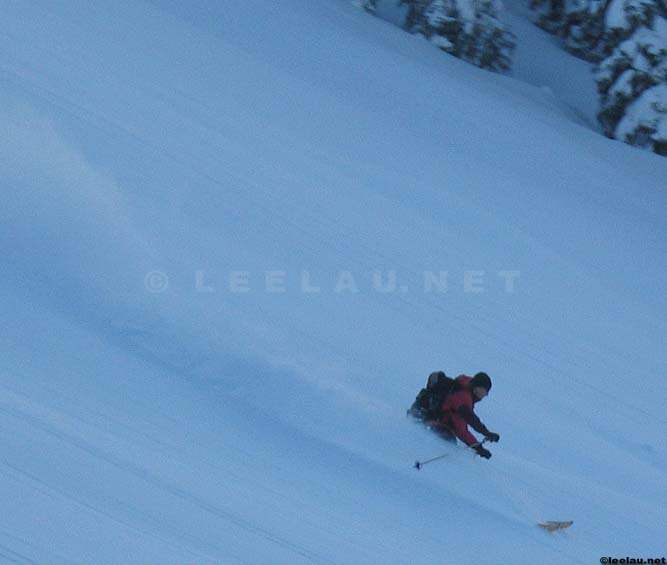 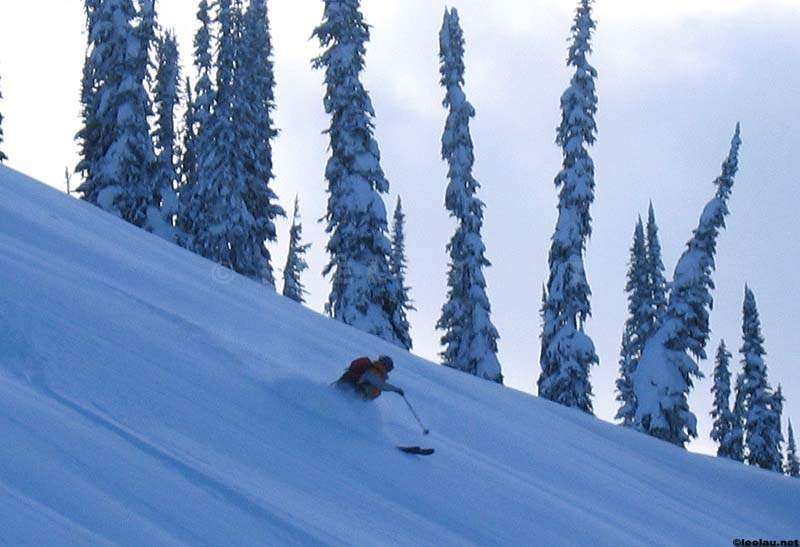 Kate in the snow ghosts

The group with which I was to ski was unguided and self-catered. The other half of the hut had a cook and a guide. This turned out to work very well, due in large part to the general niceness of the other people in the group – but also to the professionalism of their guide Todd Craig and cook, Steve Doucette. Also, our group (whom I had never met before) turned out to be experienced tourers who were used to sharing huts and diligent at general chores.

We quickly settled in and prepared for the next day’s adventures. 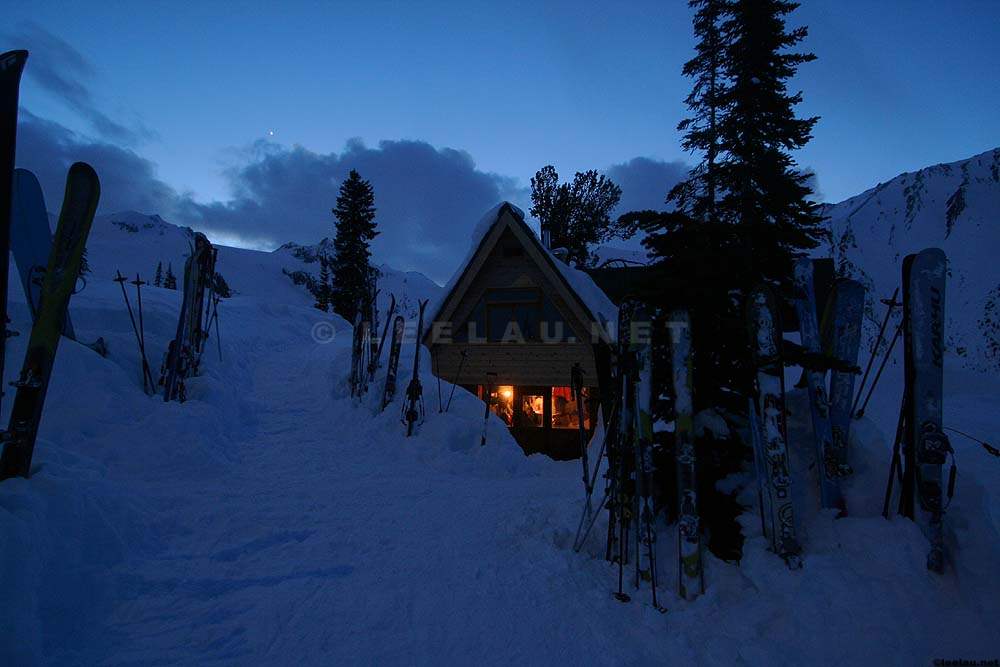 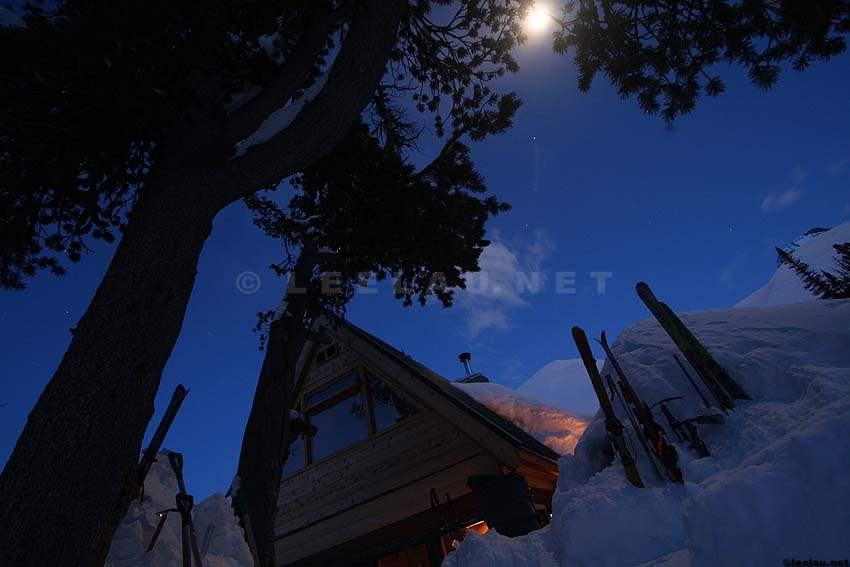 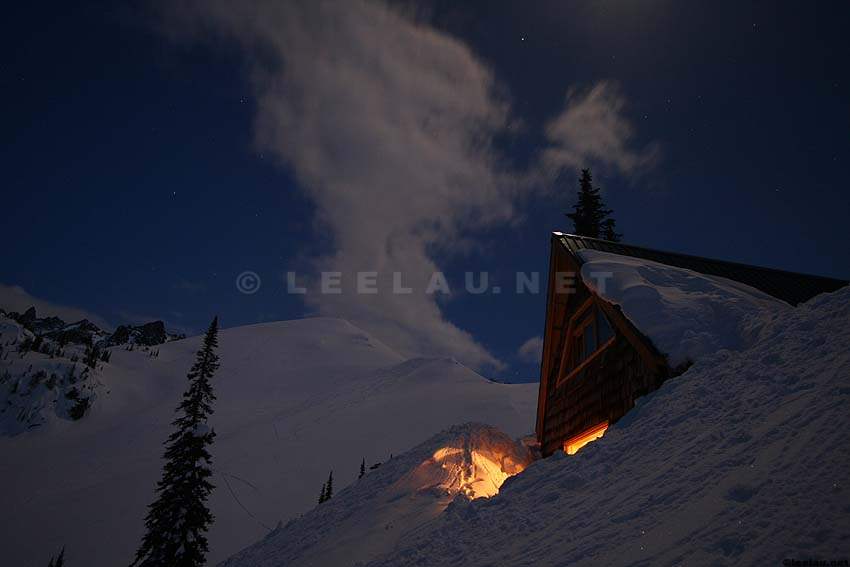 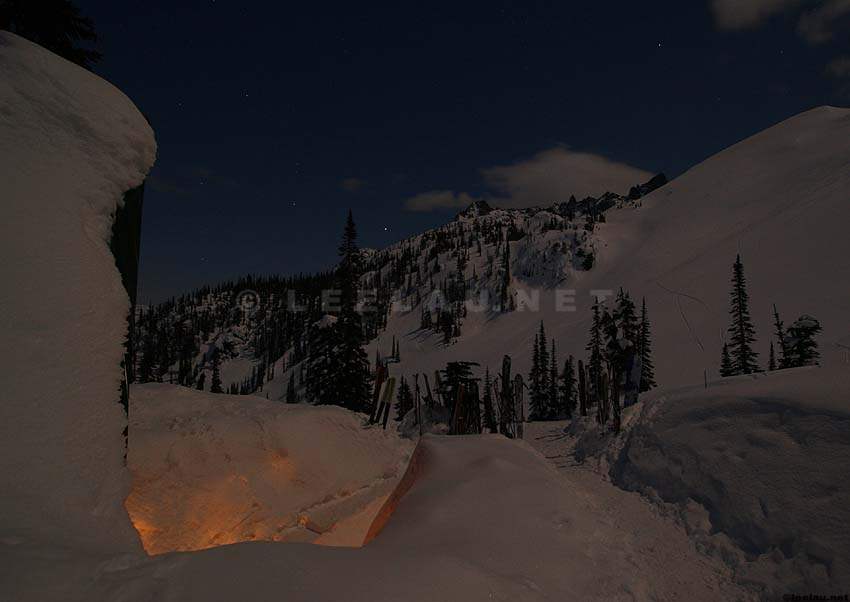 The ski and snowboard forest

This entry was posted in 2007, ski and tagged fairy meadows, Selkirks. Bookmark the permalink.