Started the ski season with (thank god) sharpened skis. We went off to Blackcomb to see what the recent pineapple had done to snow. It turns out that the freezing levels were right at alpine so off we went slip-sliding off the Rendezvous at about 1950m down to the Jersey Cream chair 300m lower basically trying to hockey stop. With not many lifts open and poor snow coverage options were meager so we hopped on the Peak to Peak and off to Whistler. Slapped on skins to try to get the touring legs and off we went to the Saddle via Harmony.

It didn’t look that good to be honest since the rain had also blasted all the way to the top of Harmony. But then we scootched over to the Saddle and after negotiating the windslab it turned out to be chalk wind-transported snow all the way down the run. So the moral of the day is that if you set your expectations low, you might have a good day. 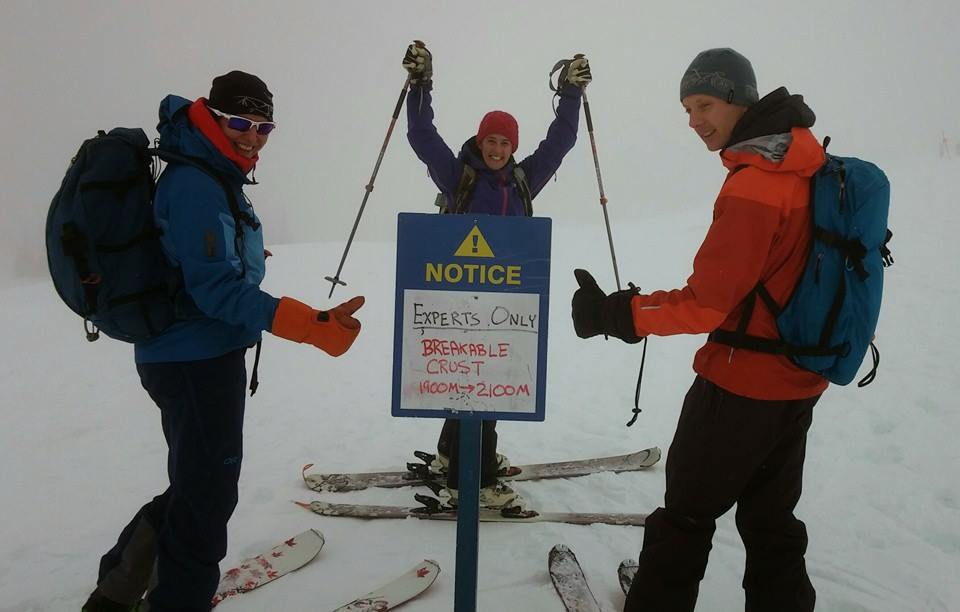 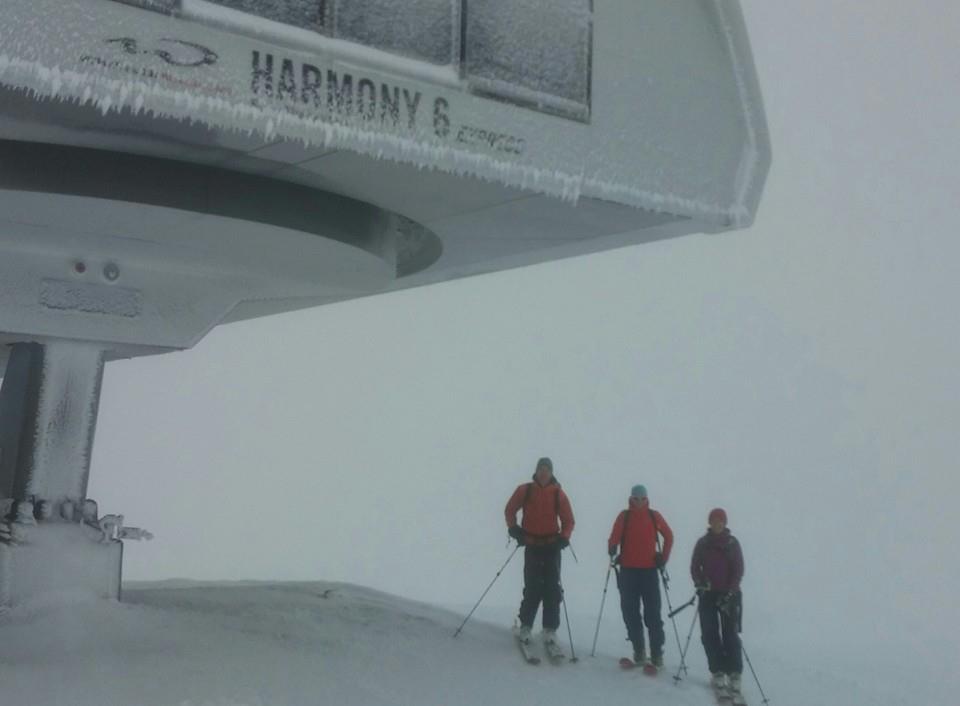 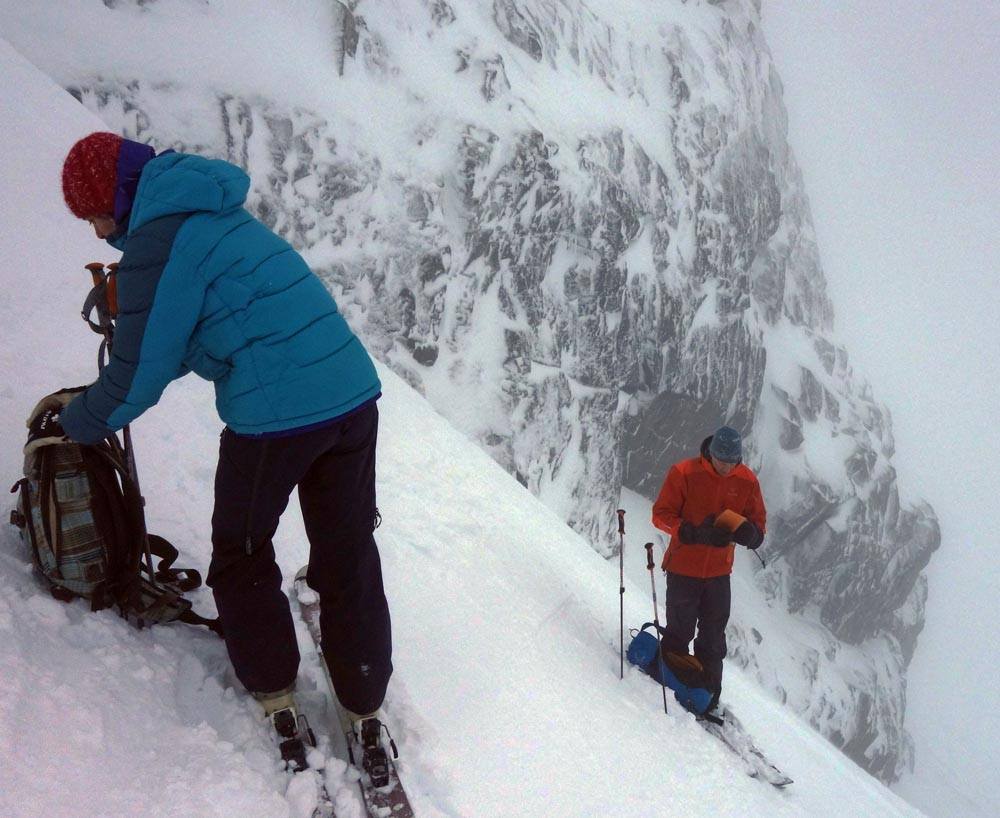 A predicted Arctic outflow came in with a vengeance dropping mild – 5′ish temps to -25 alpine temps. With windchill call it minus 35. After a bonechilling chairlift ride to the Rendezvous somehow it turned out that 6 people thought my idea of skinning up 7th Heaven and hoping that the summit bulk of Blackcomb Mountain would put us in the lee-side of the wind might be a workable idea.

Turned out that the strong Northerlies had also deposited enough snow on the S slopes for legitimate powder turns to be had. Skinning kept us suitably warm and we were able to make it through a couple of laps of snow that was of acceptable quality. 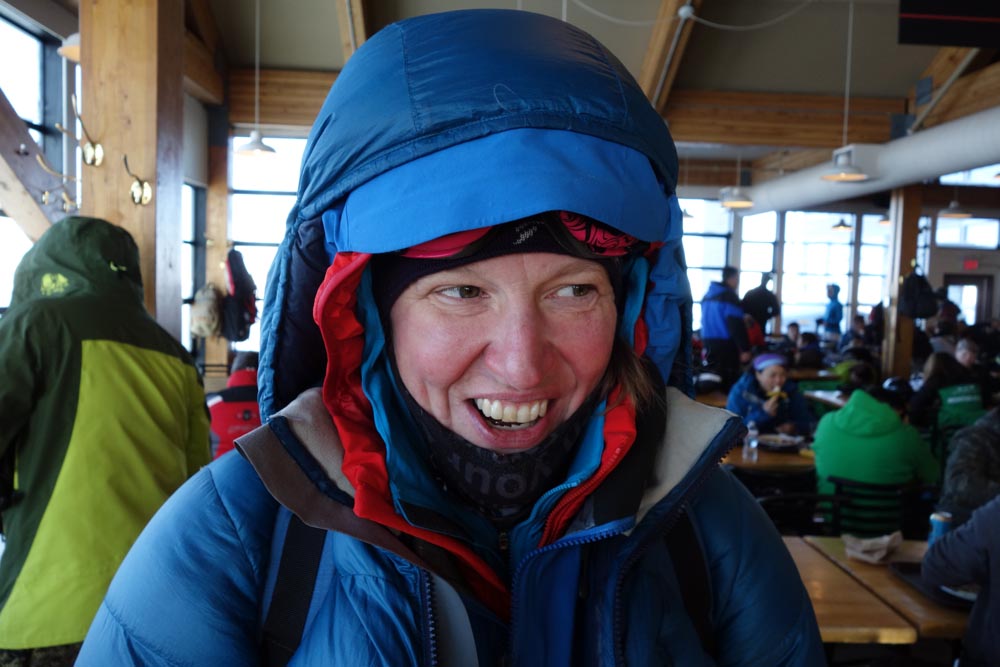 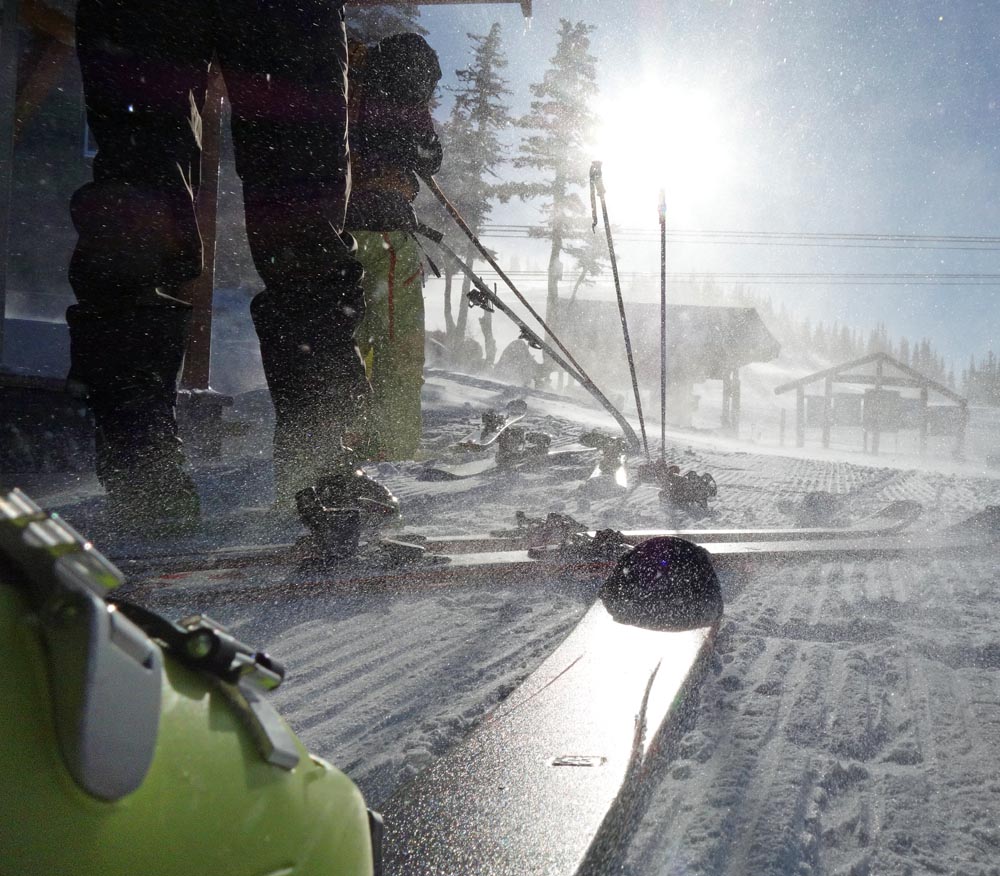 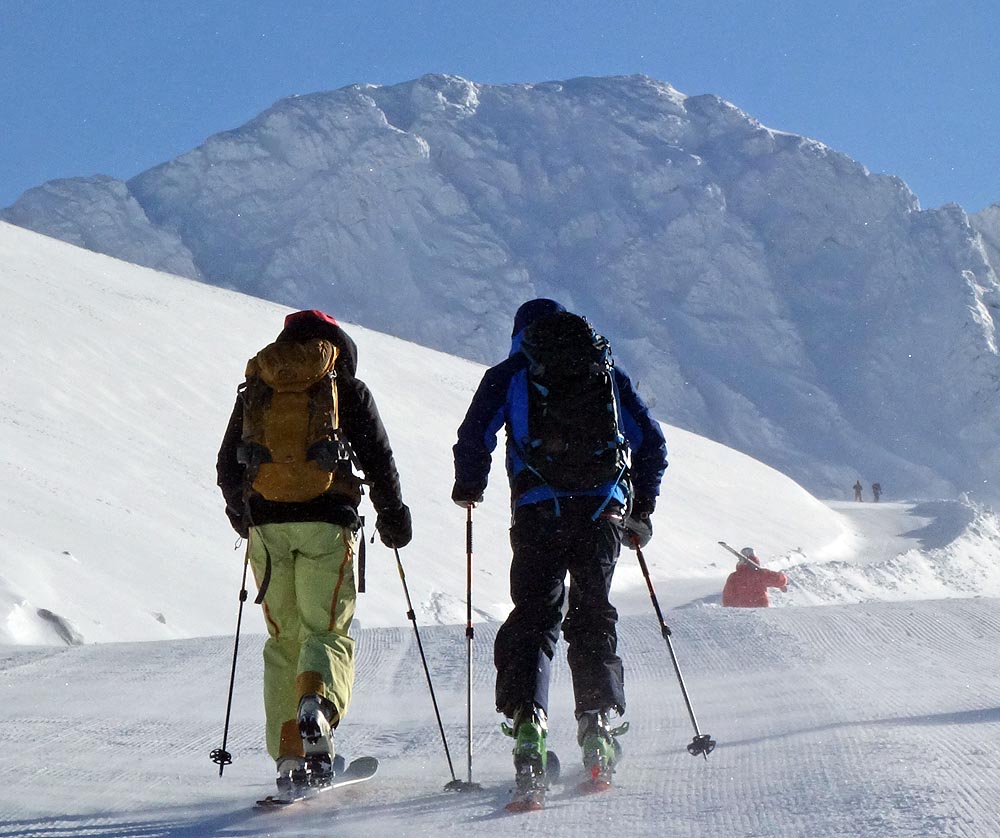 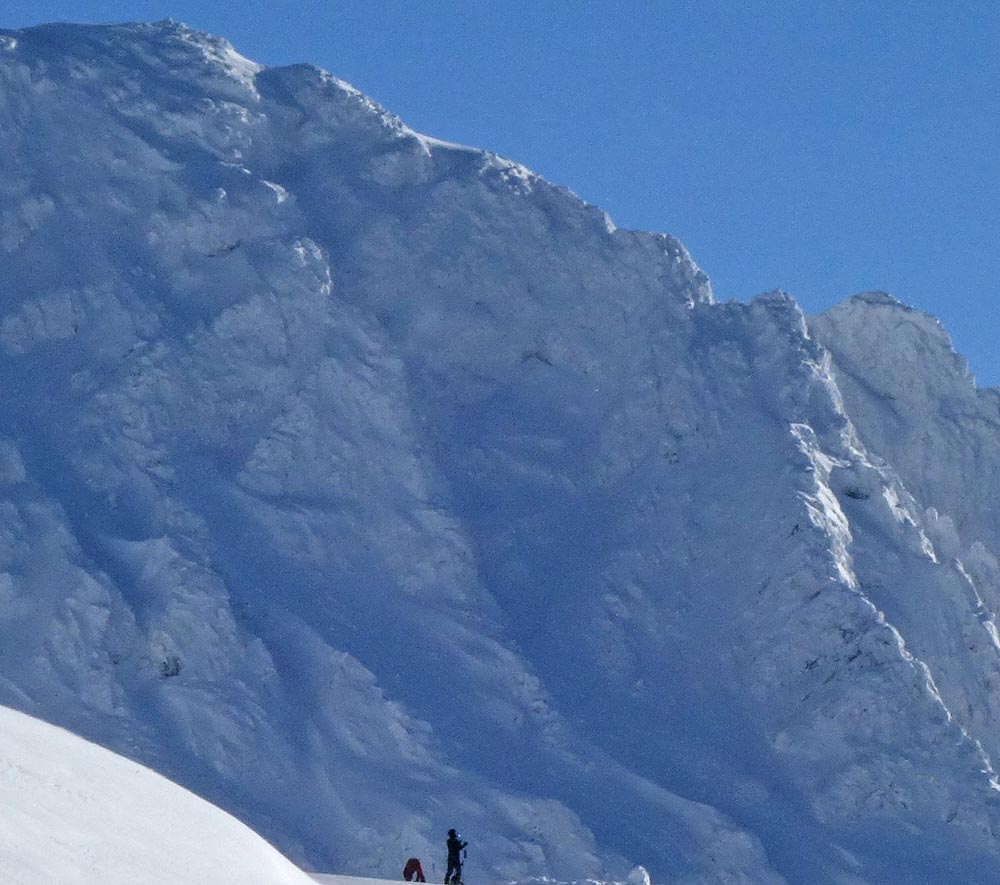 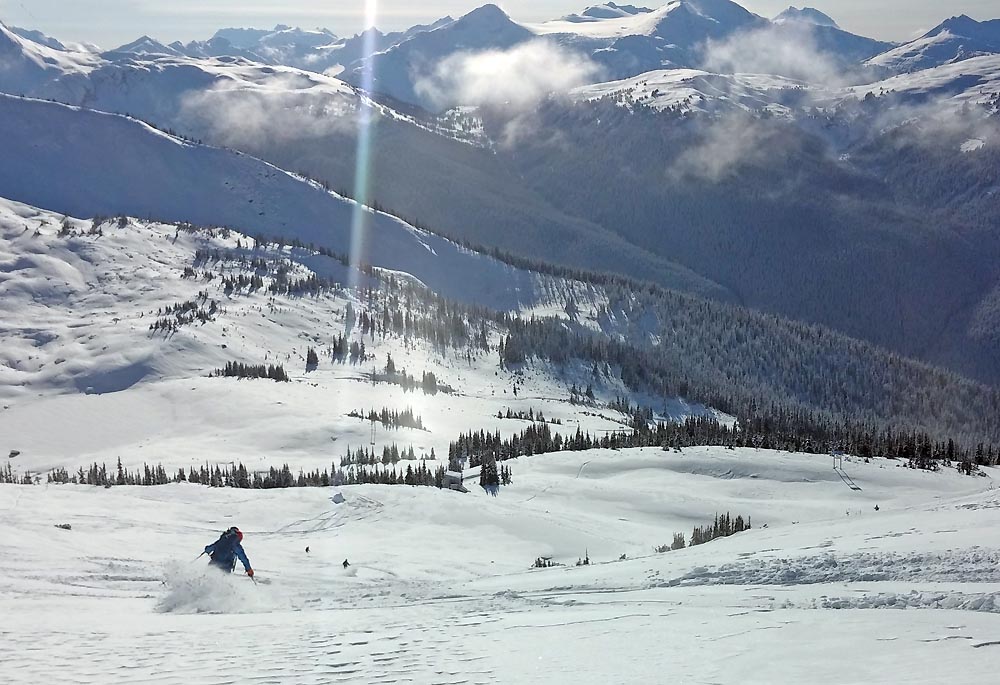 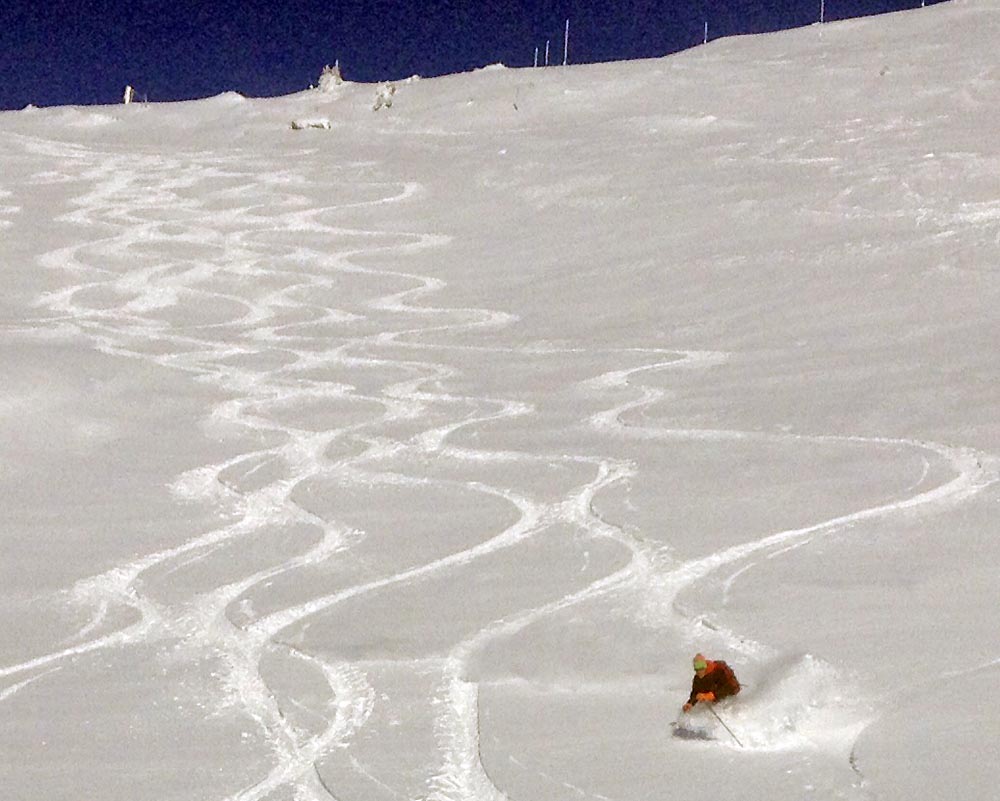 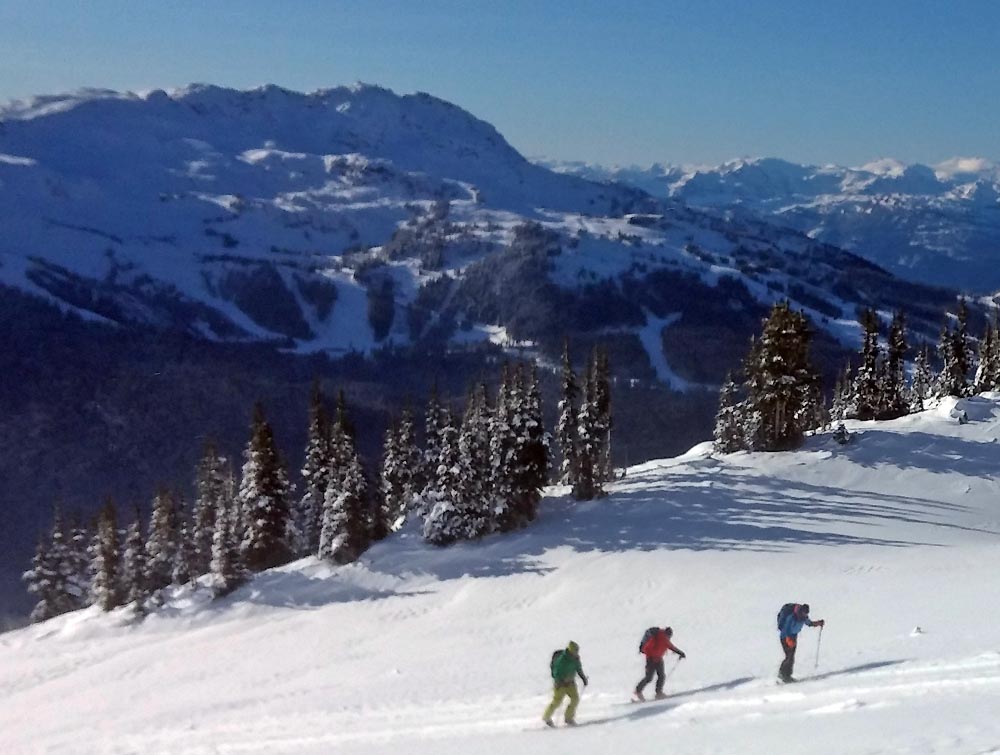 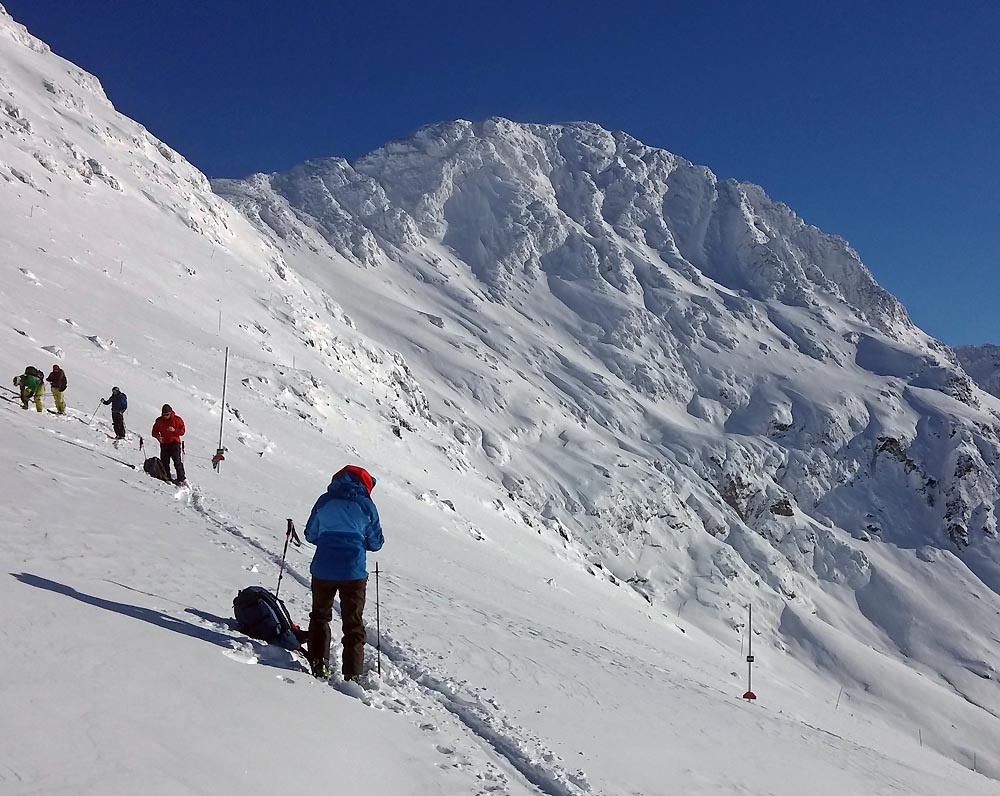 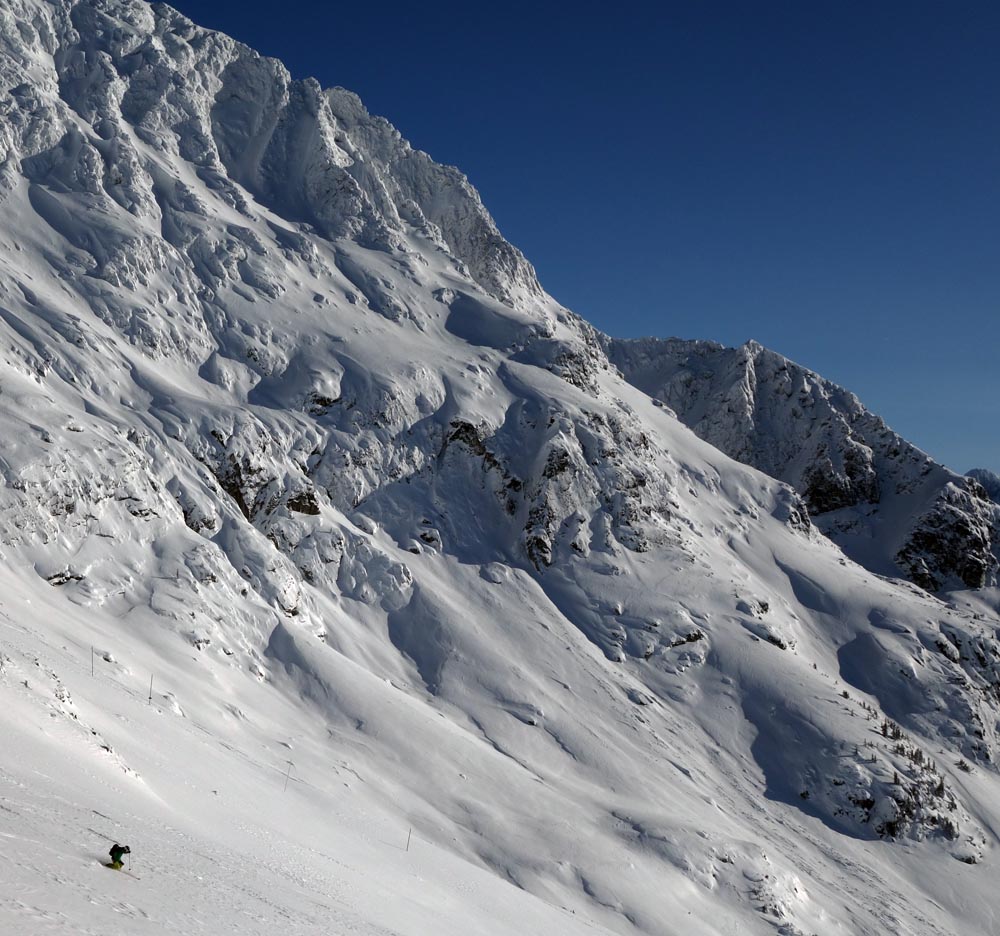 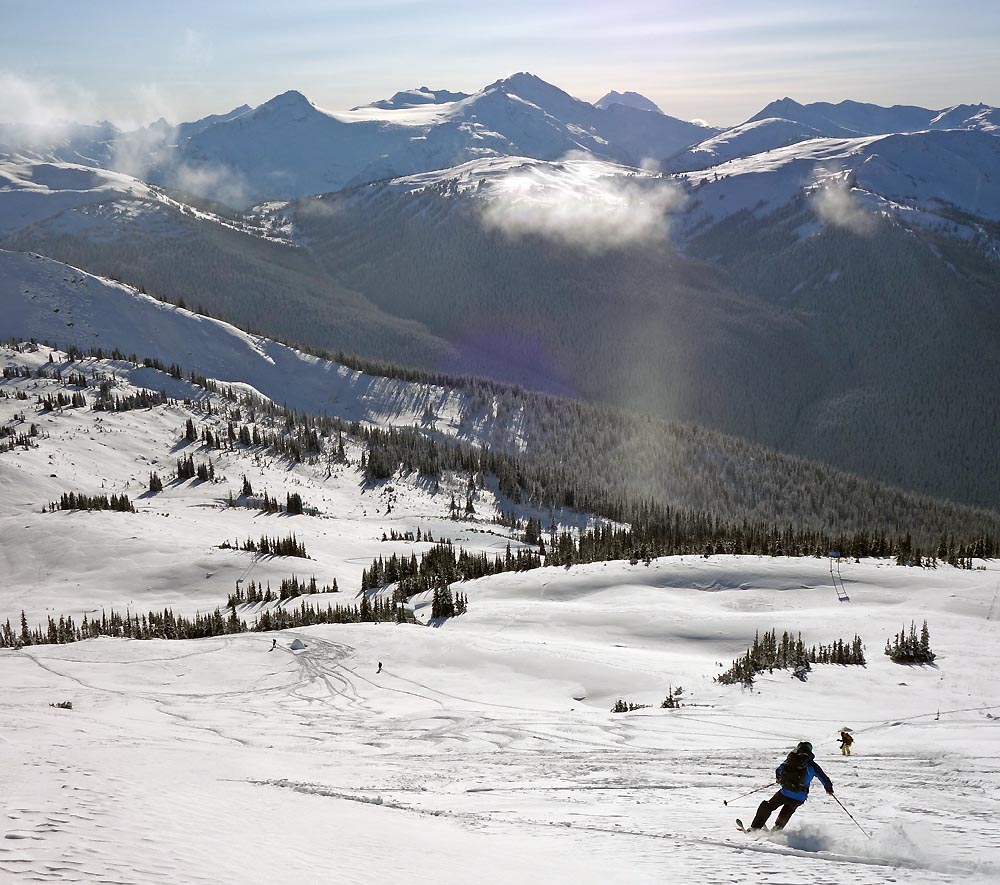 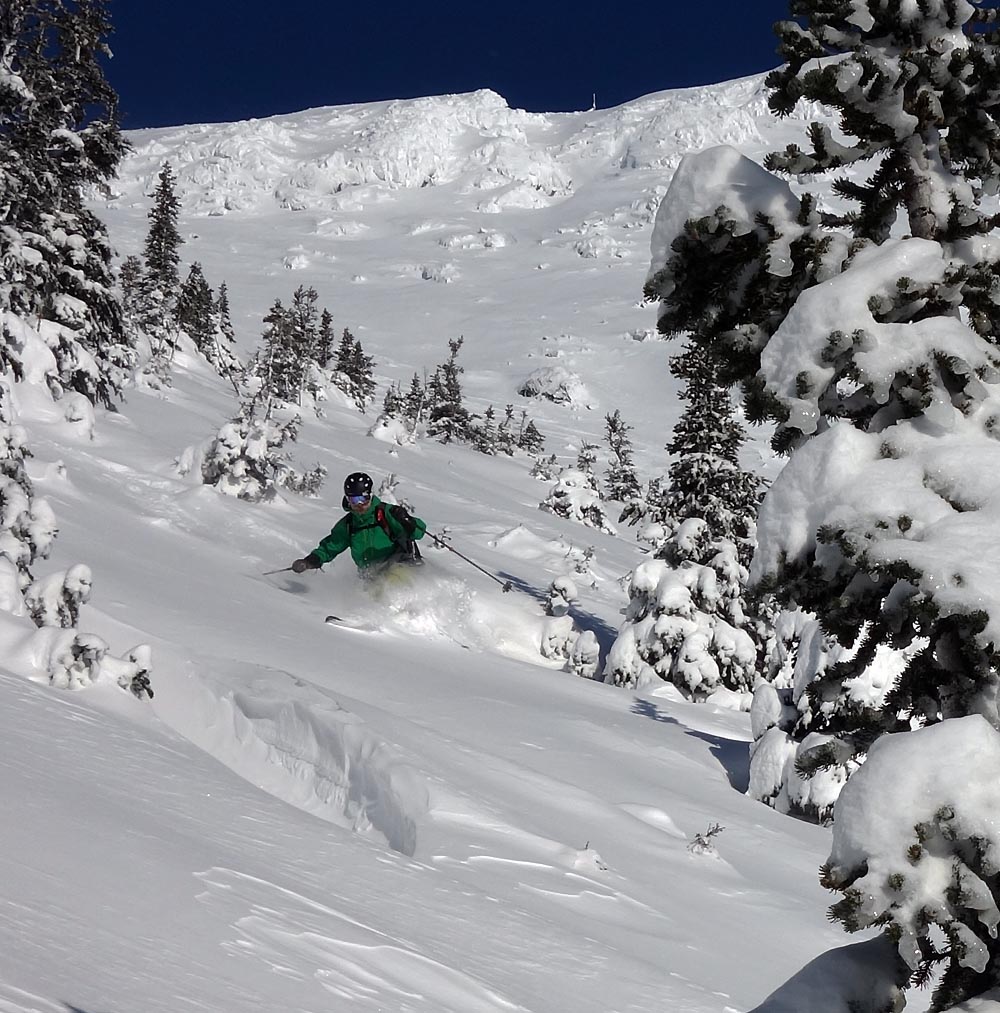 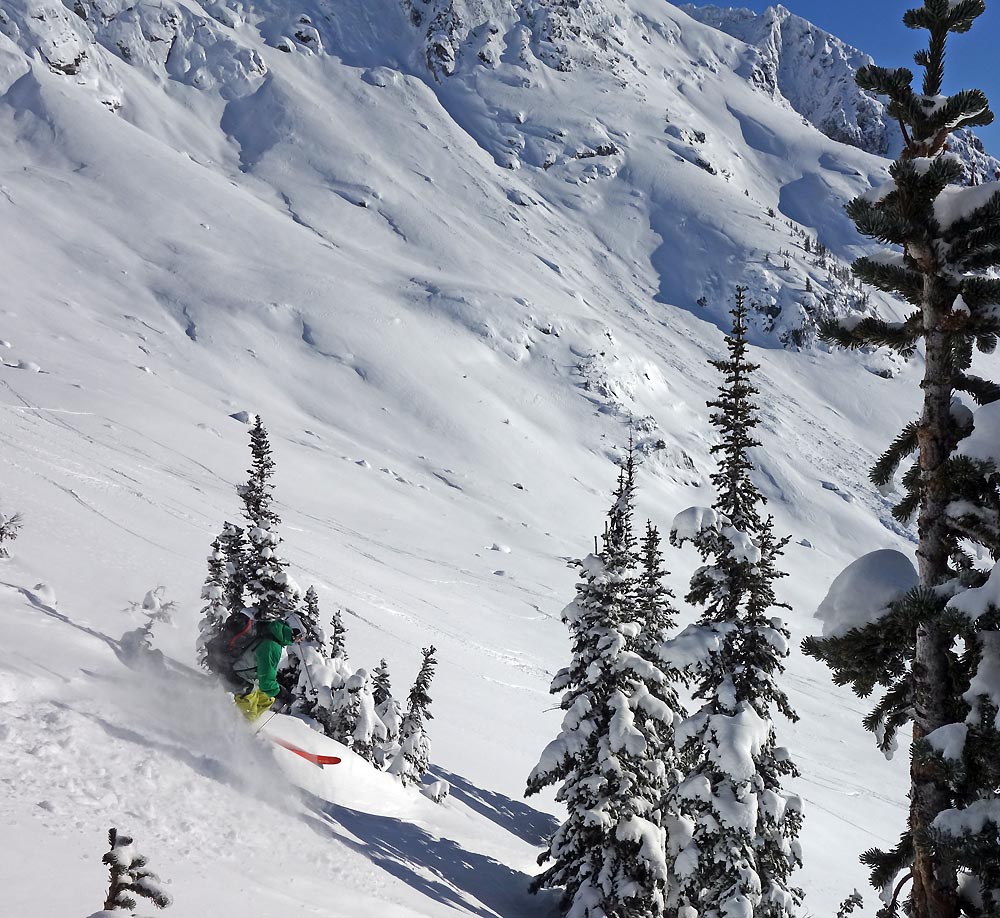 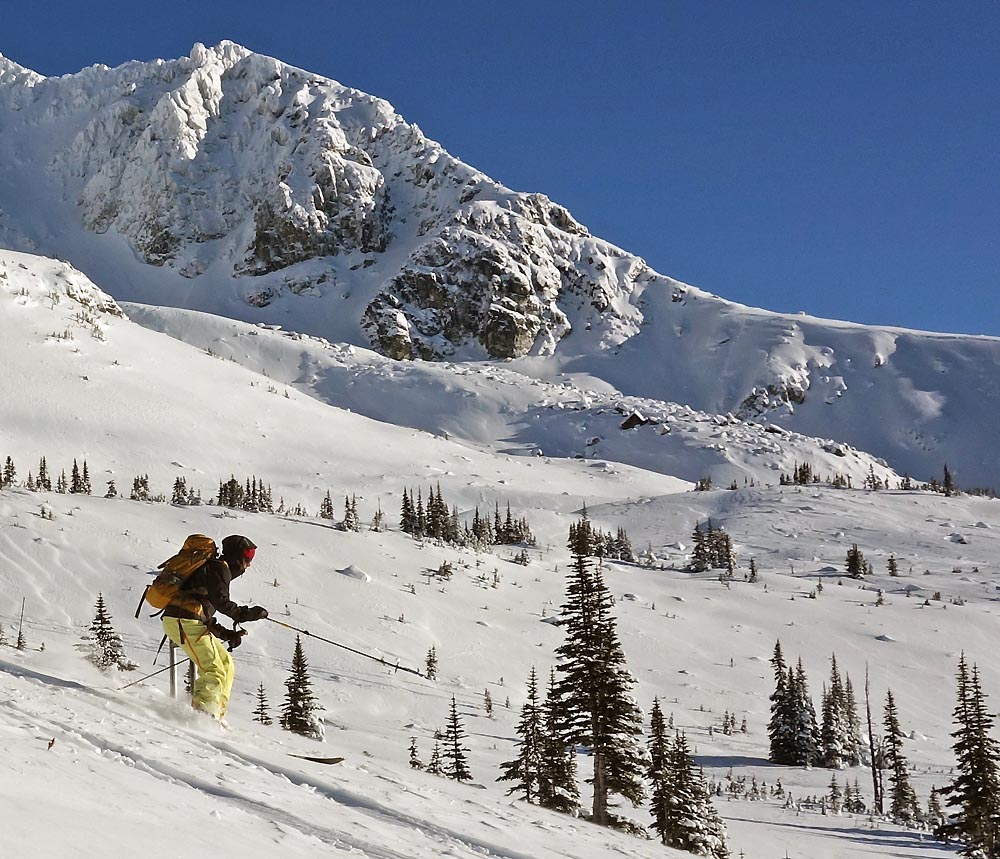 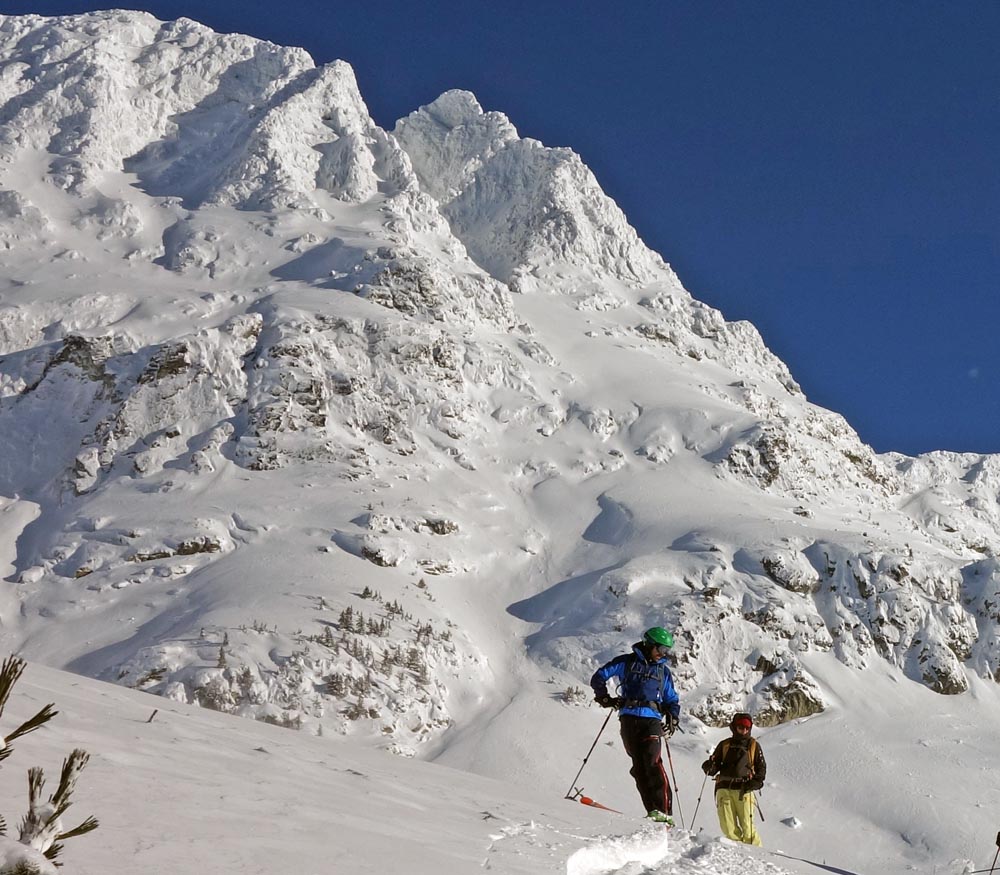 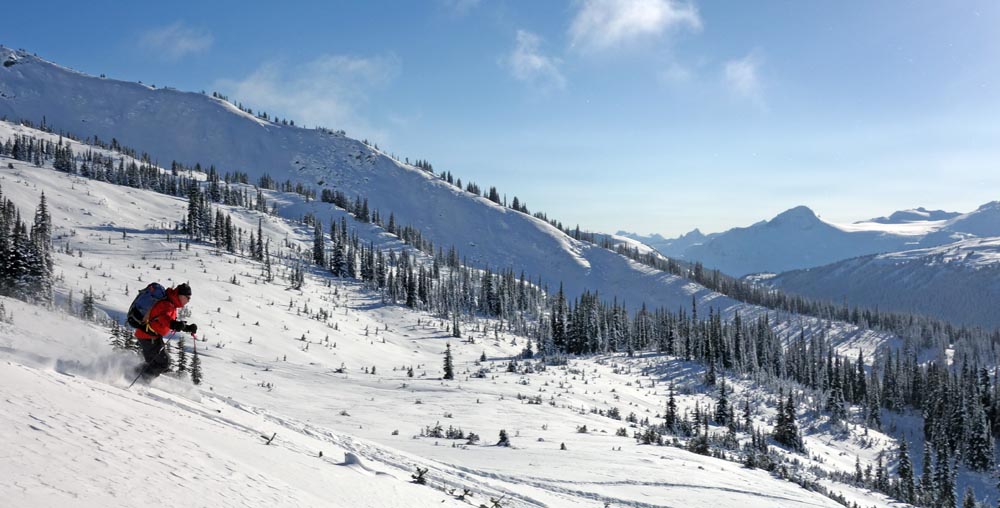 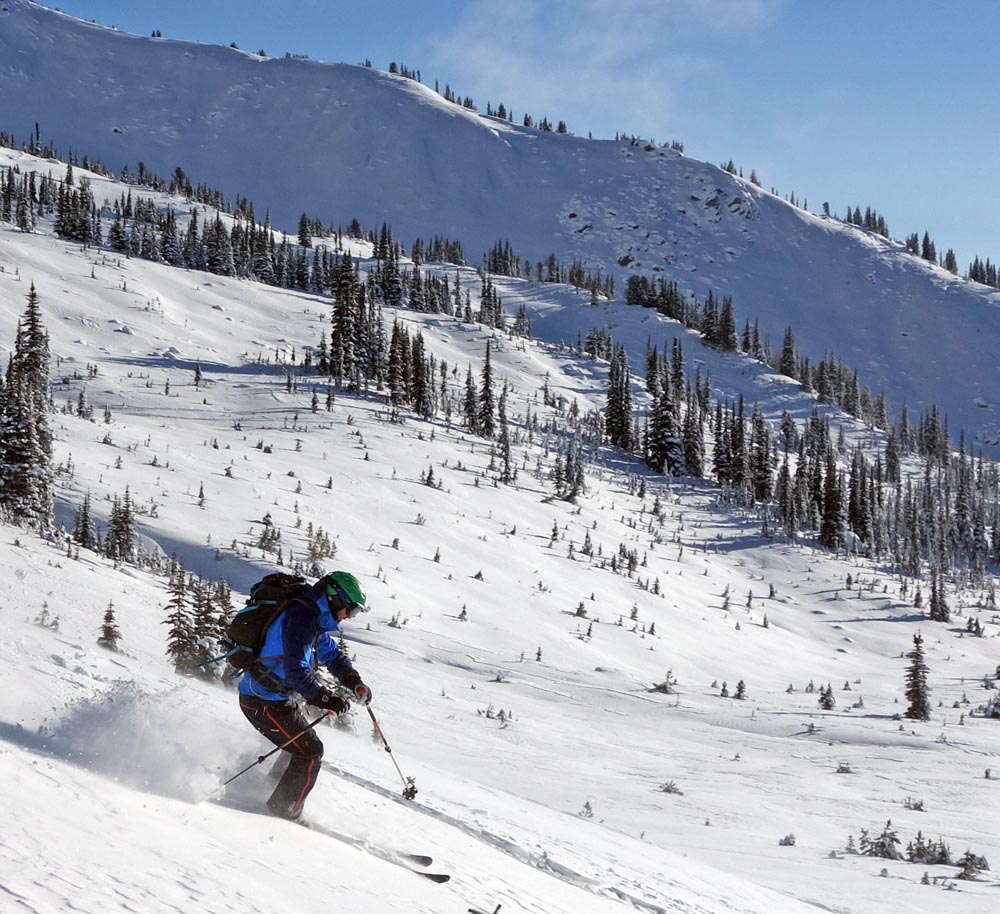 This entry was posted in 2014, ski and tagged blackcomb, whistler, whistler2014. Bookmark the permalink.