After breakfast, make a wet landing at the Post Office Bay to visit the historic barrel that has been serving as a post office in the archipelago for over two centuries, to learn about the human side of the islands, its early inhabitants and the adventures of pirates and whalers. Go on a Panga ride along the maze of channels in the north shore of Floreana, see the Sea Lion colonies, marine turtles in shallow waters, rays and occasionally penguins. Make a wet Landing on Baroness Cove and go on a short walk up to the observation tower to enjoy breath taking views of Floreana and its nearby islets. Snorkeling and/or kayaking is possible. Back on board for lunch.

Disembark at Punta Cormorant (wet landing) at an olivine-crystal beach for an easy walk that includes a brackish water lagoon where bird species like greater flamingos, pintail ducks, common stilts, herons, sandpipers, and others may be observed. This outing also includes a white-sand beach where sea turtles come out at night to nest (from December to May). Possibility of snorkeling from the beach; a ride in a glass-bottom boat; or for advanced snorkelers, “The Devil’s Crown,” if conditions permit. Briefing and dinner.

Day 6 of our cruise brought us to one of the most Southern Islands of the achipelago, Floreana. This was a popular stop for the Whaling vessels of the late 1700’s and as such had a “post office” located at this shore. Whalers could leave letters at the post office and when subsequent whalers came they would look at the letters, see where their destination was and take the letters to the destination for that person if they were in the area. We continue that tradition today.

After visiting the Post Office we went on a short Panga cruise along the shore of Baroness Cove, then a kayak, then a hike to the view point. This cove was home to some German settlers with a storied history that is described by one of the survivors in the book – Floreana: A Woman’s Pilgrimage to the Galapagos. An summary of the drama can be found HERE.

After lunch we went to Punta Cormorant for a short hike to a beach with baby Sting Rays!

Then landing at Post Office bay with Lee’s stuff 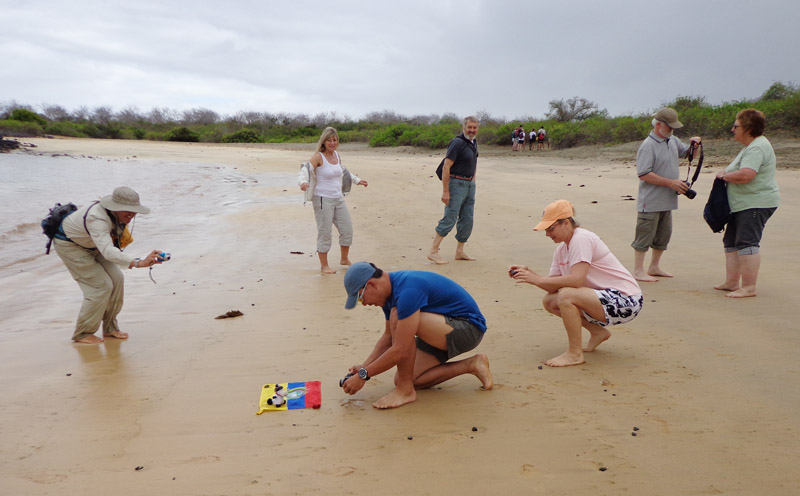 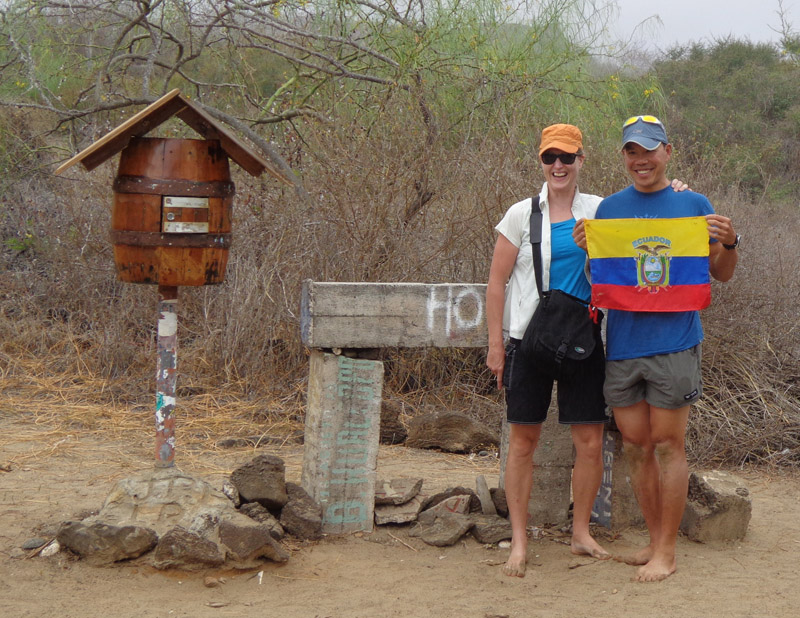 Our Guides – Ramiro, Carlos and Walter 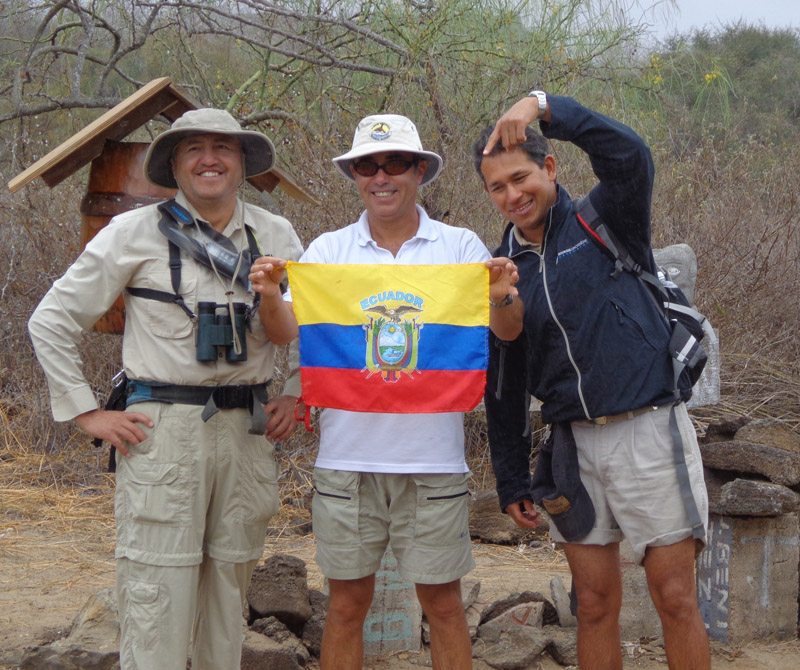 Then we set sail for a Panga cruise 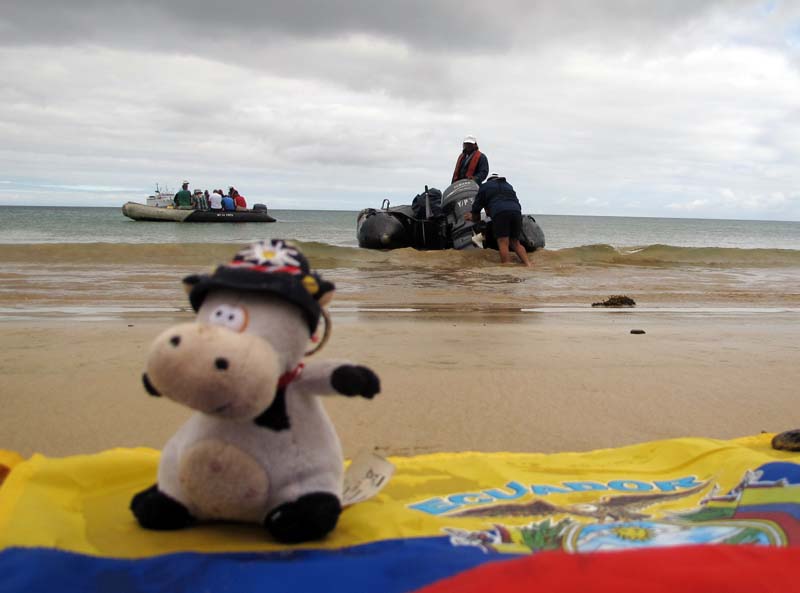 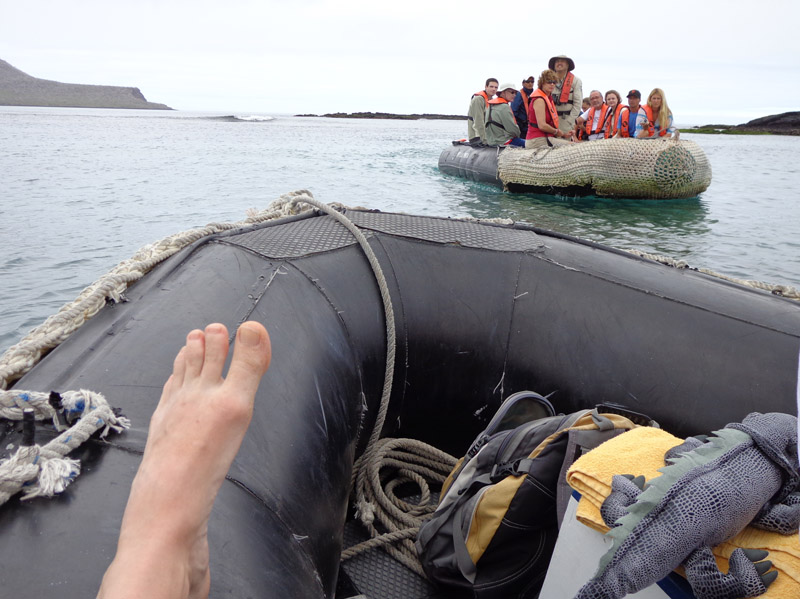 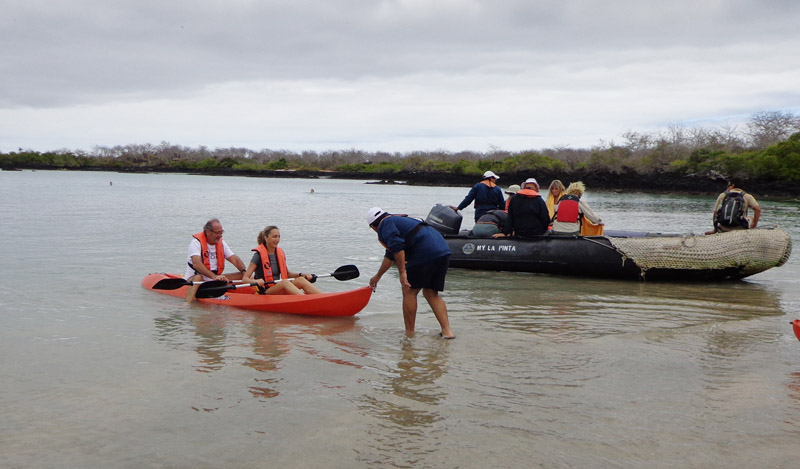 Short hike to a lookout 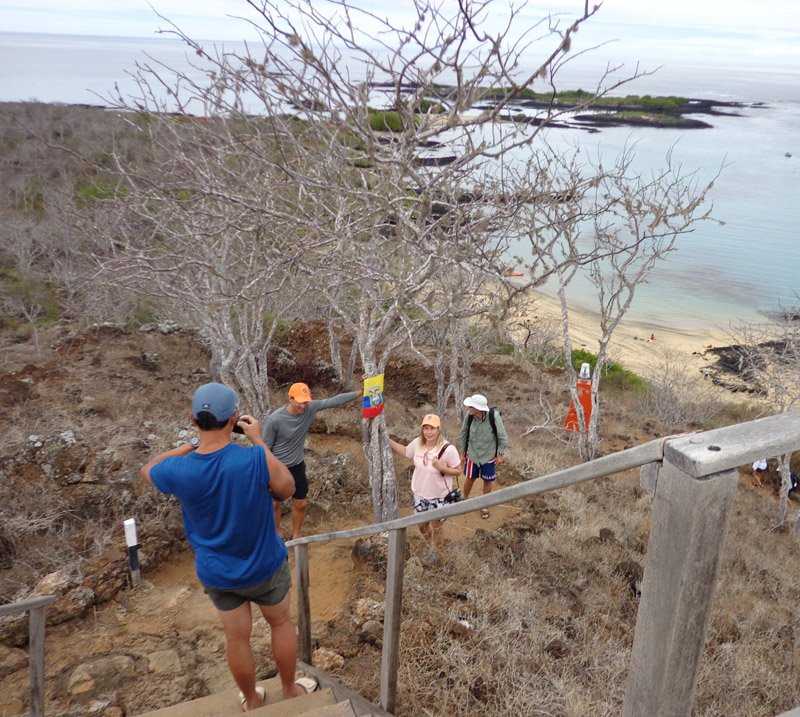 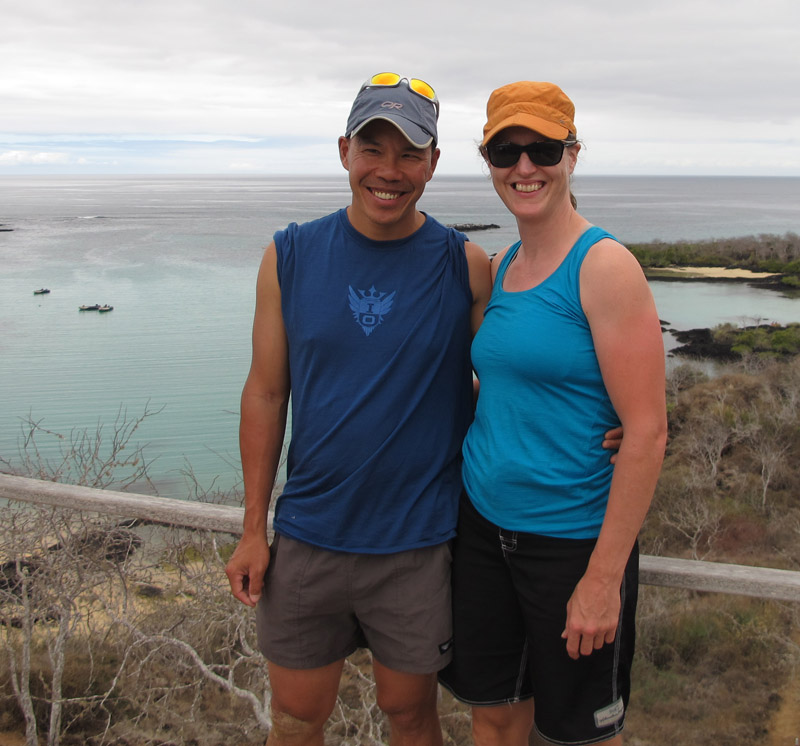 Nice view of the cove 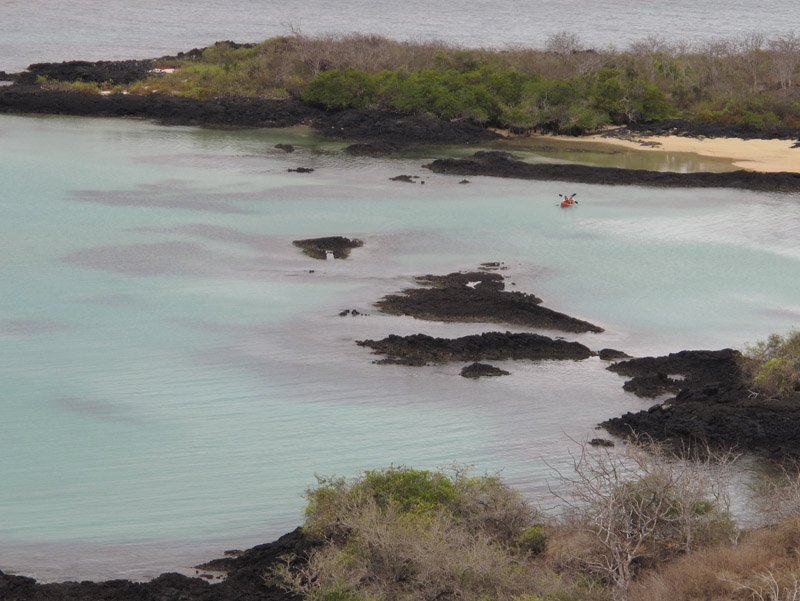 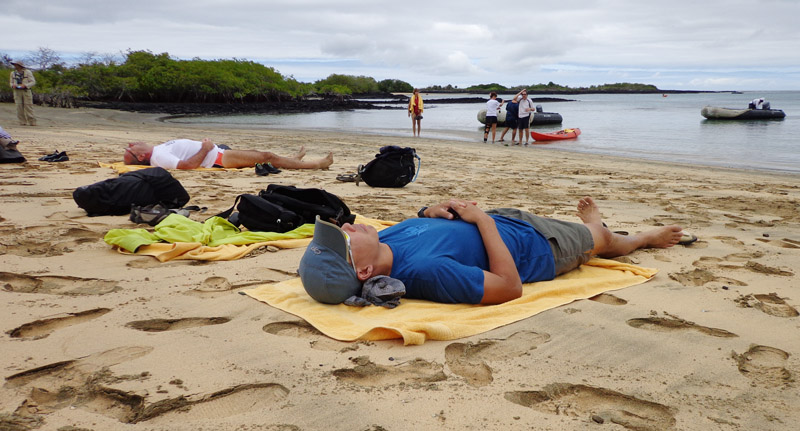 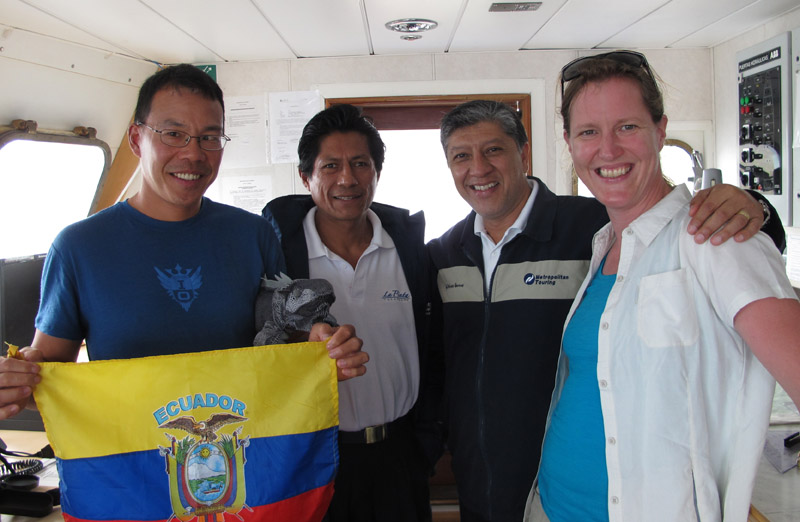 Then after lunch some people snorkled. I opted for the glass bottom boat.

The Sea Lions were having a great time here! 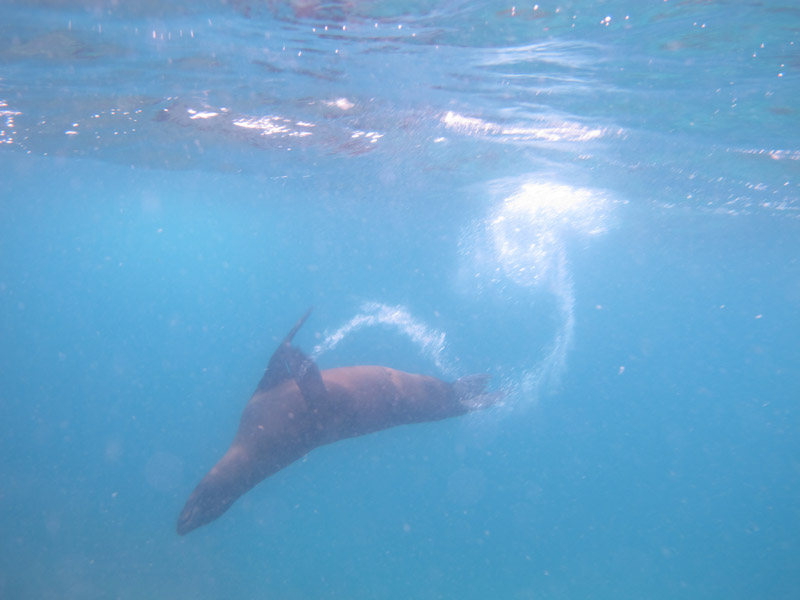 Back on the boat more towel fun! 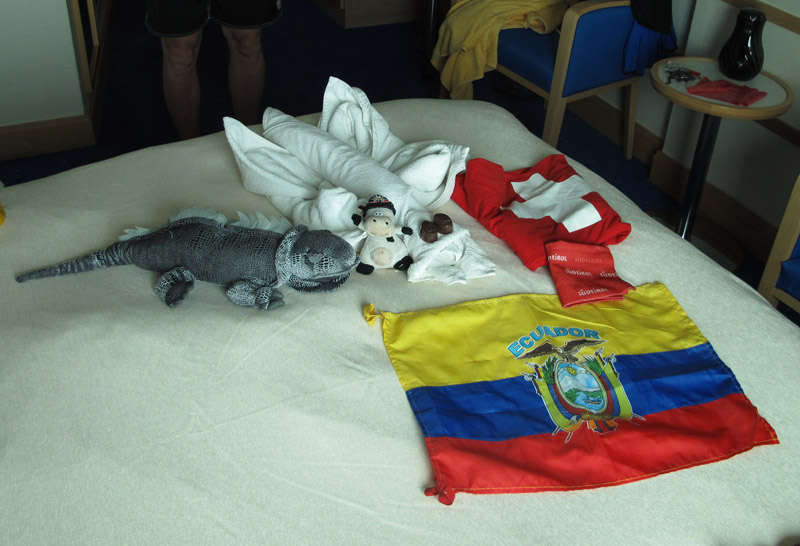 Then off to our next hike in Punta Cormorant 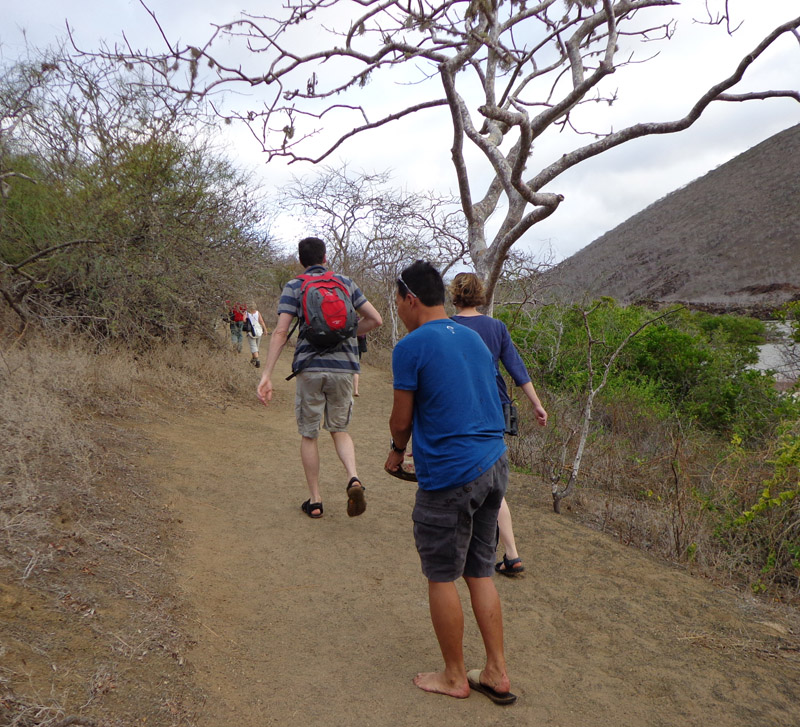 Checked out another Brackish lagoon 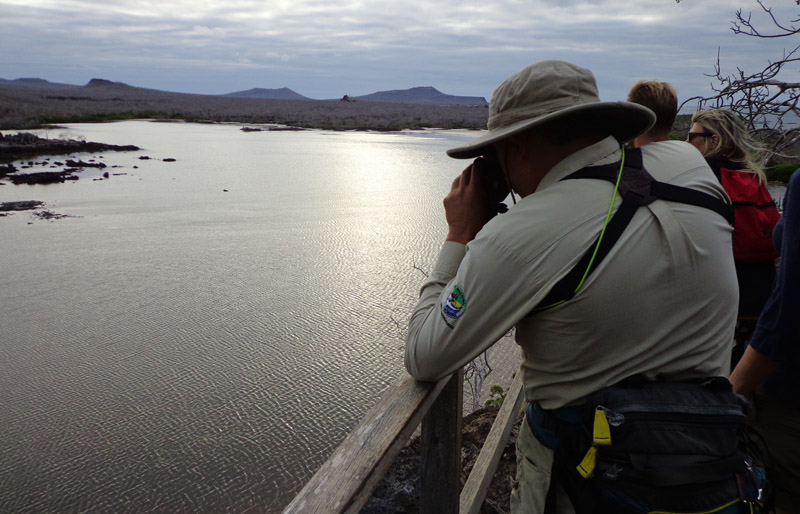 Those black things are Sting Rays! No Snorkling here. We also saw a small shark. 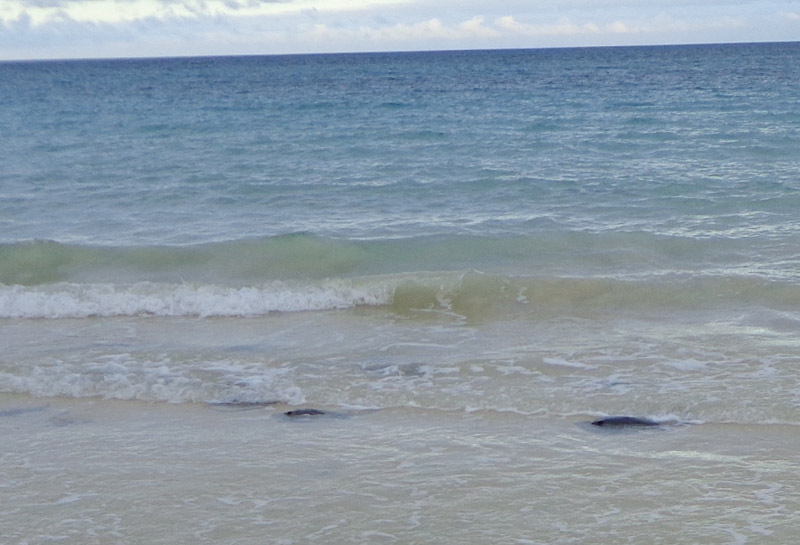 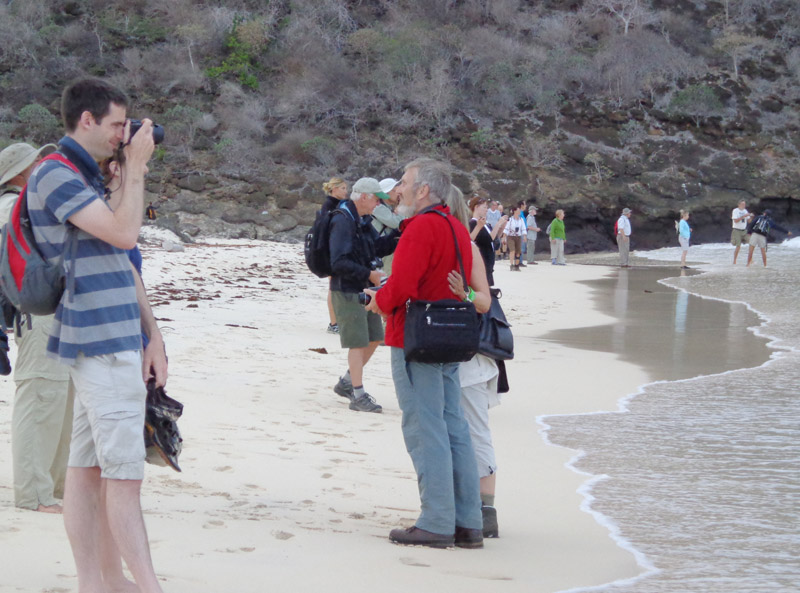 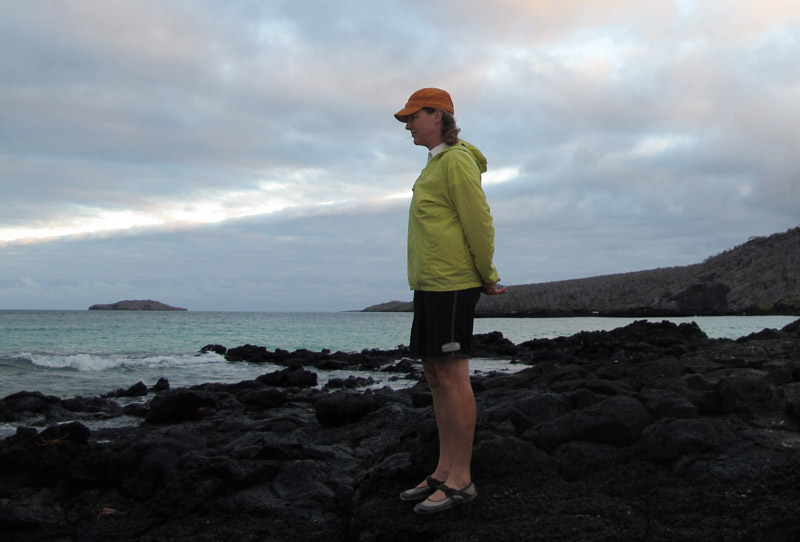 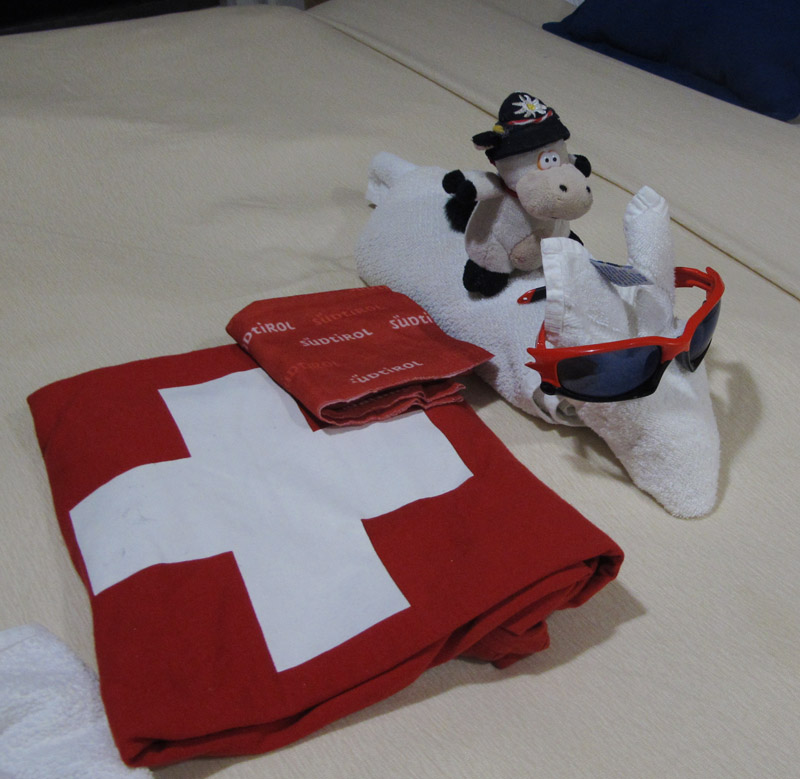 Tonight we had Sushi Appies! The Iguana likes it 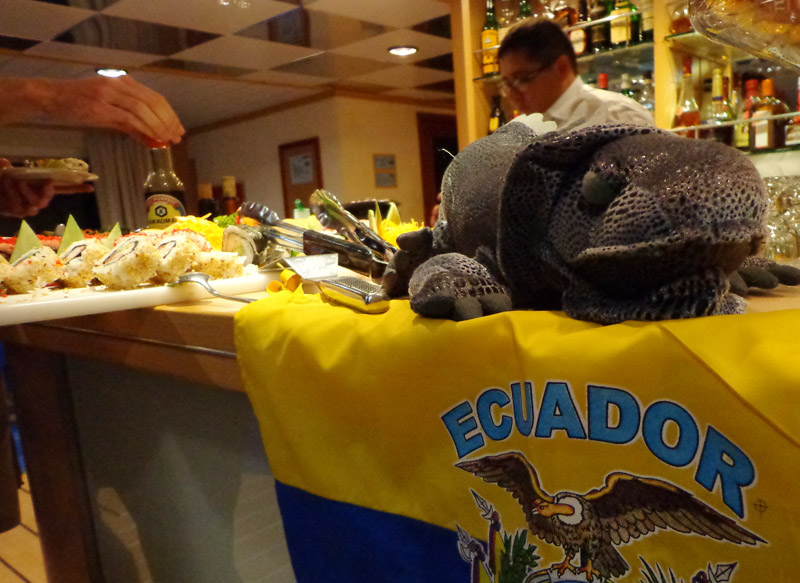 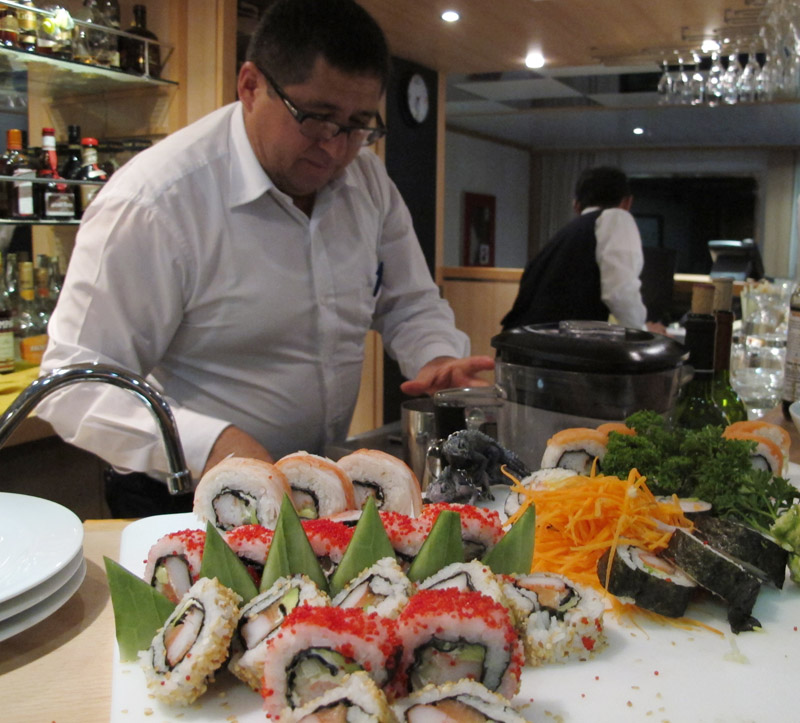 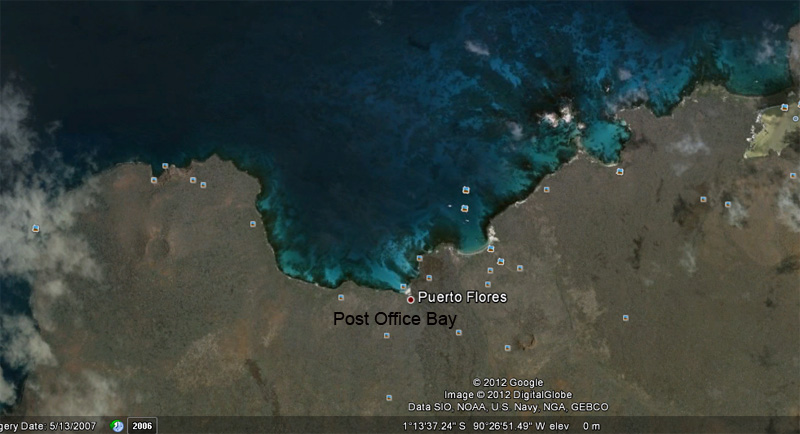