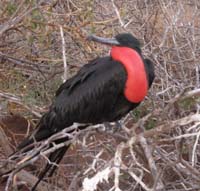 Arrive at Baltra Island this morning and transfer to the dock to board La Pinta. Get settled with a friendly welcome, introductory briefing, and lunch.

In the afternoon, make a dry landing on North Seymour Island for a walk along the coast and the interior of the island, observing bird colonies of blue-footed boobies, frigate birds, swallow-tailed gulls and also sea lions and marine iguanas. There will be opportunities for snorkeling or coastal exploration. Conclude the first day of adventure with an evening briefing, welcome cocktail, and dinner.

We catch our 8:00am plane from Quito to Baltra. After telling the people at the airport we were on La Pinta a representative came over and ensured we were checked in quickly. Once off the plane in Baltra we were escorted through the check points to ensure we paid or fees. Baltra is a small detached island just north of Santa Cruz. It was heavily used by the US military during the war as a station to protect the Panama Canal. Because of this use, there are no more animals on this island. 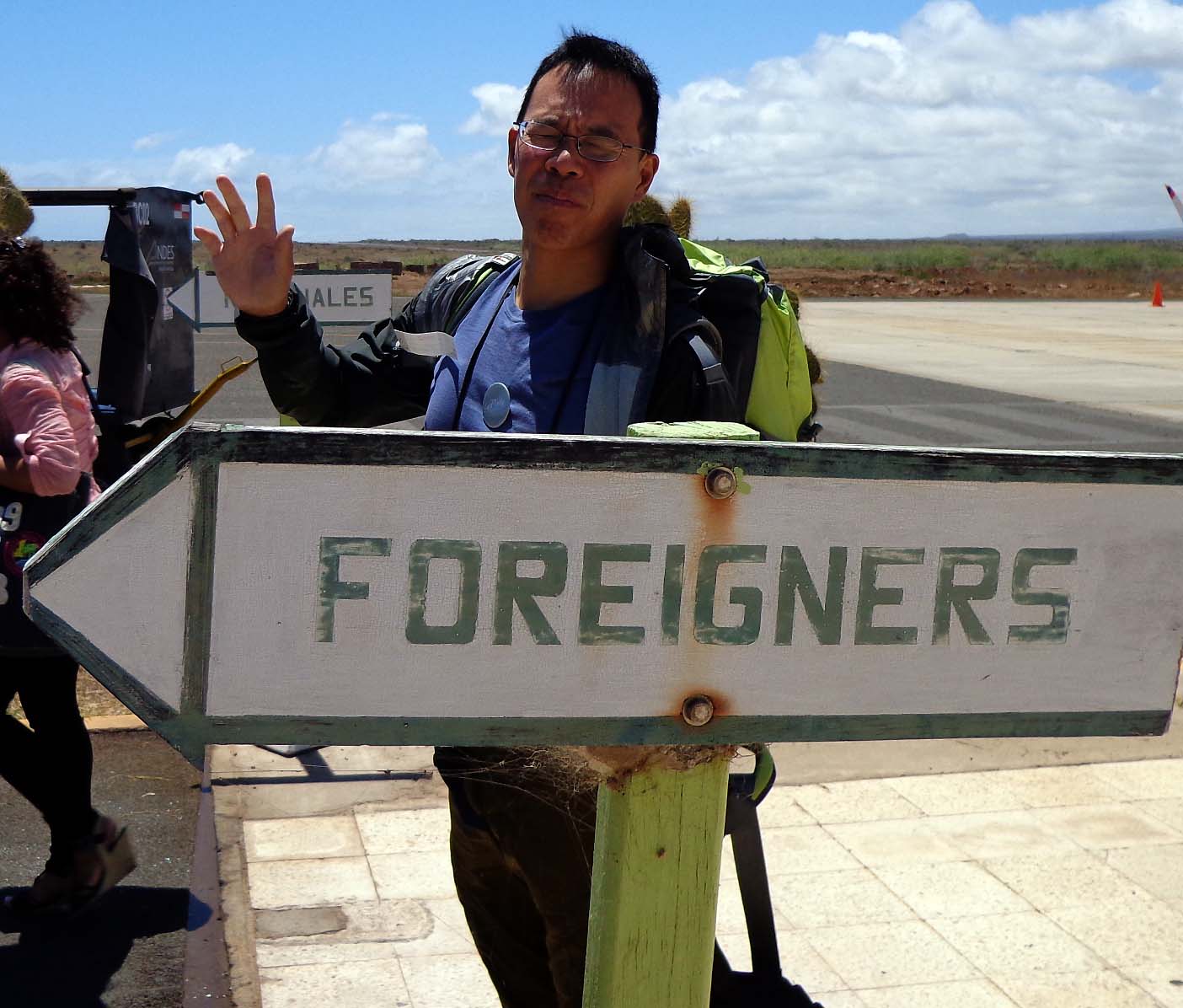 Our guides were waiting for us outside security to gather us up, get us on a bus and take us to the pier where we loaded the Panga’s for La Pinta. 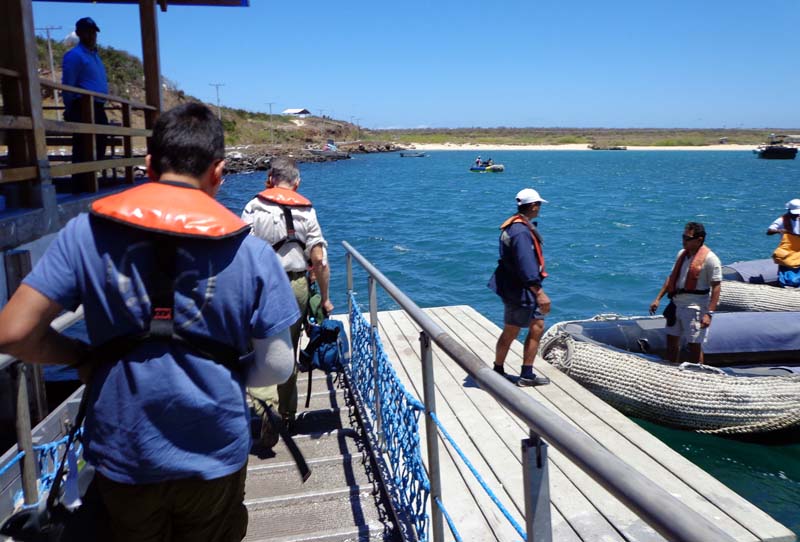 First glimps of our home for the next 7 nights. 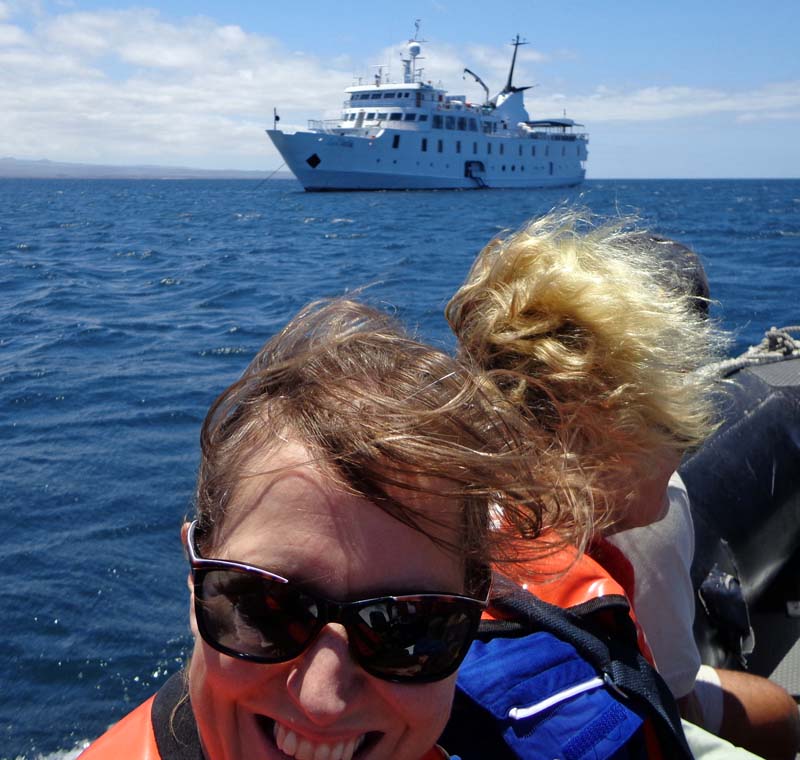 Once on board we were fed a buffet Lunch, chose our dinner for that night and had on orientation meeting. 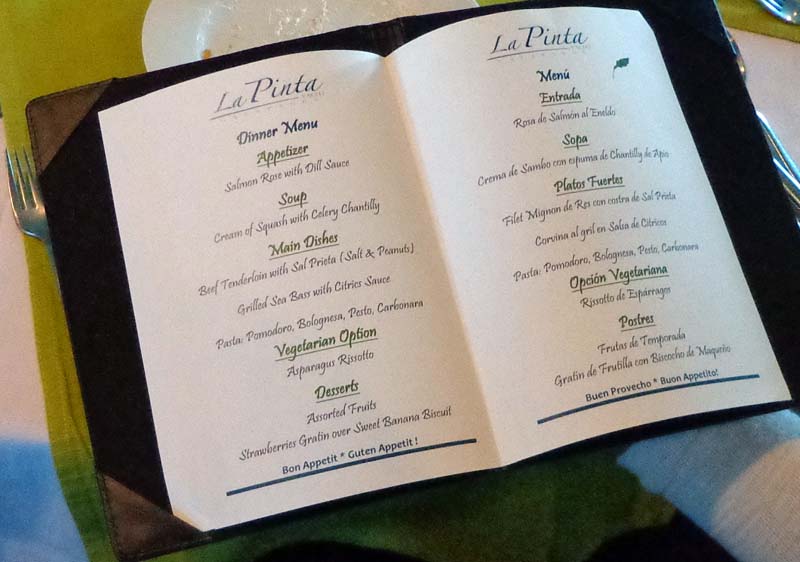 We were also given our snorkling gear by Carlos and Walter

While this was going on La Pinta was making its way over to North Seymour Island. We took the Panga’s from La Pinta to the Island. . 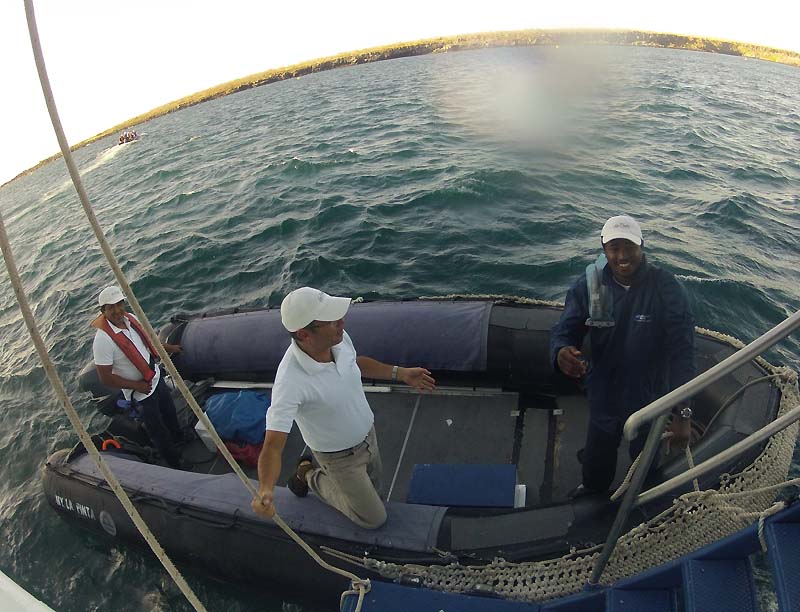 Some astute biologist who were on Baltra before all the animals were gone moved some of them over to North Seymour. This island has an abundance of Frigate birds, Blue Footed Boobies, Sea Lion, Land Iguanas and other birds 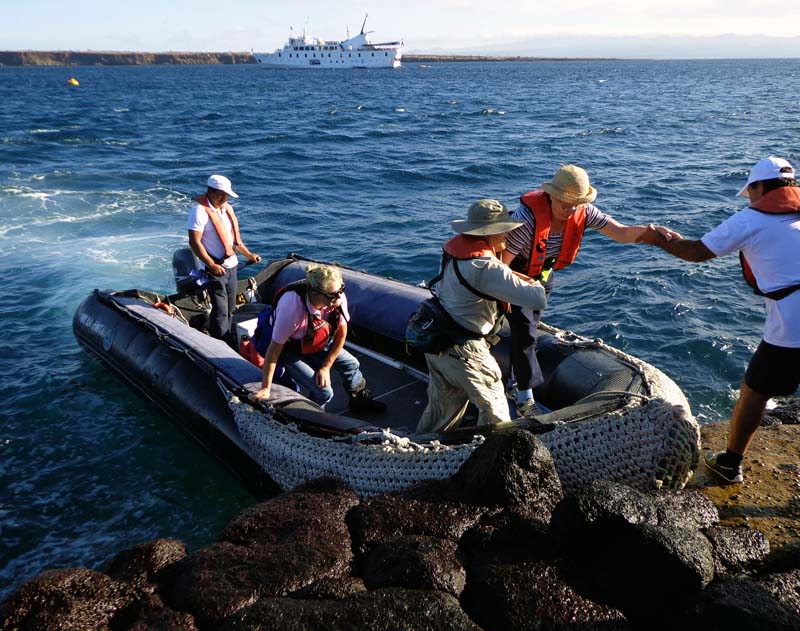 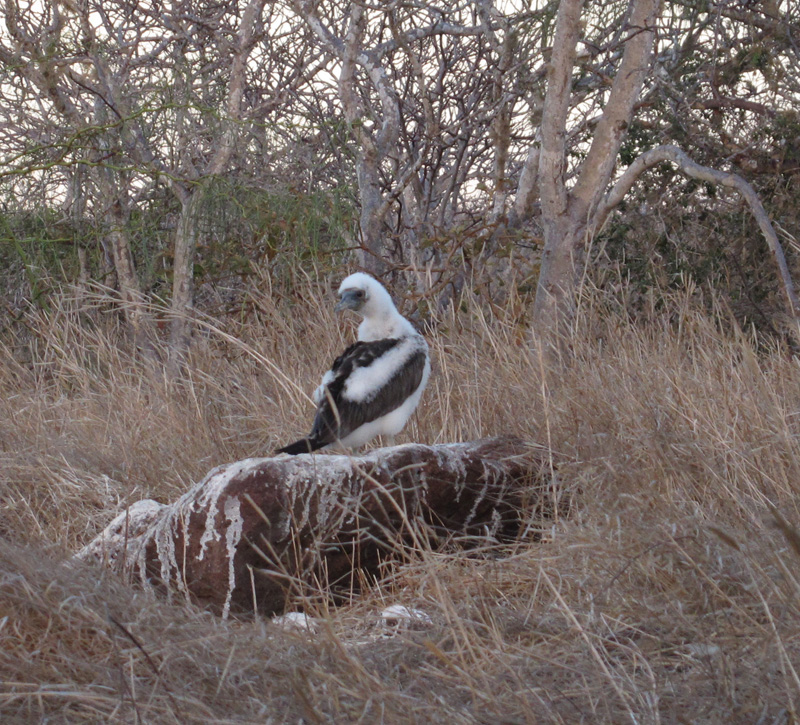 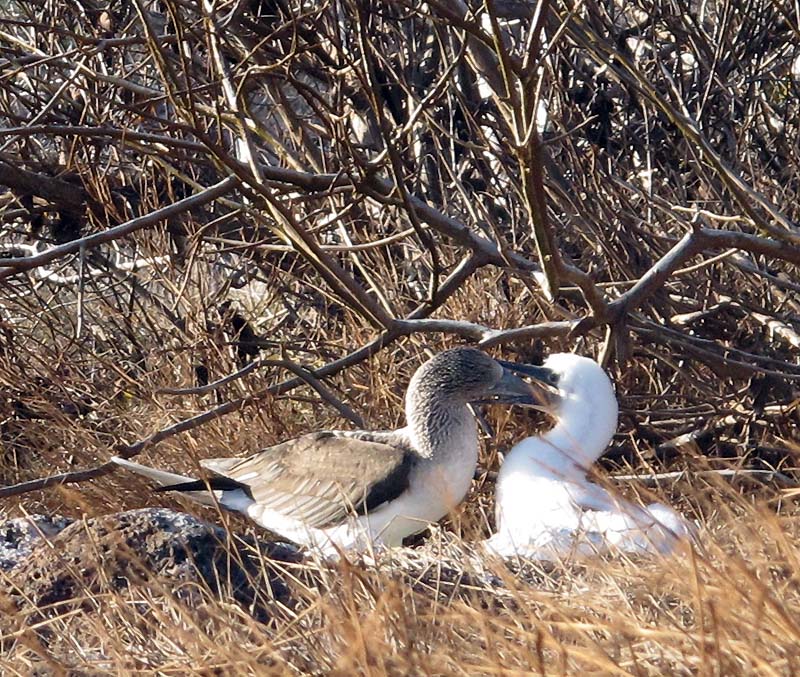 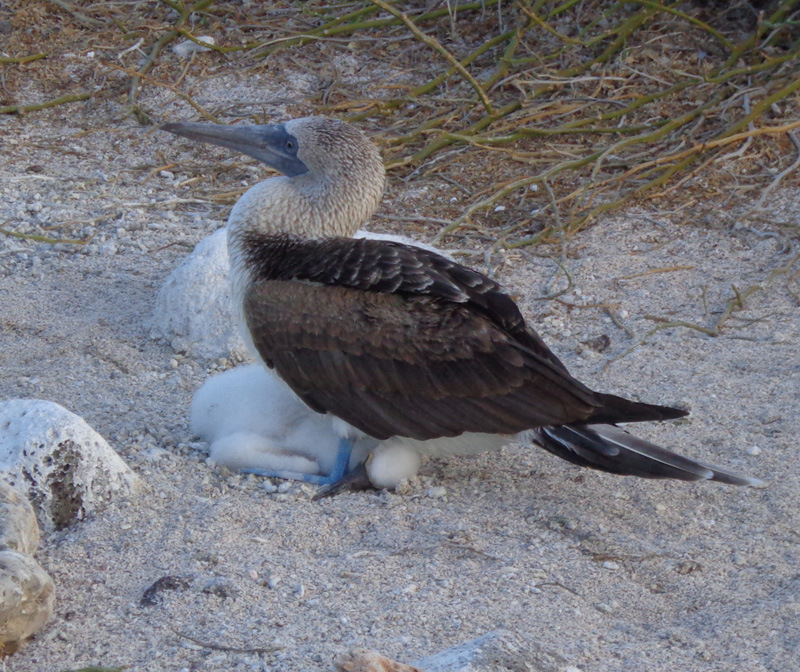 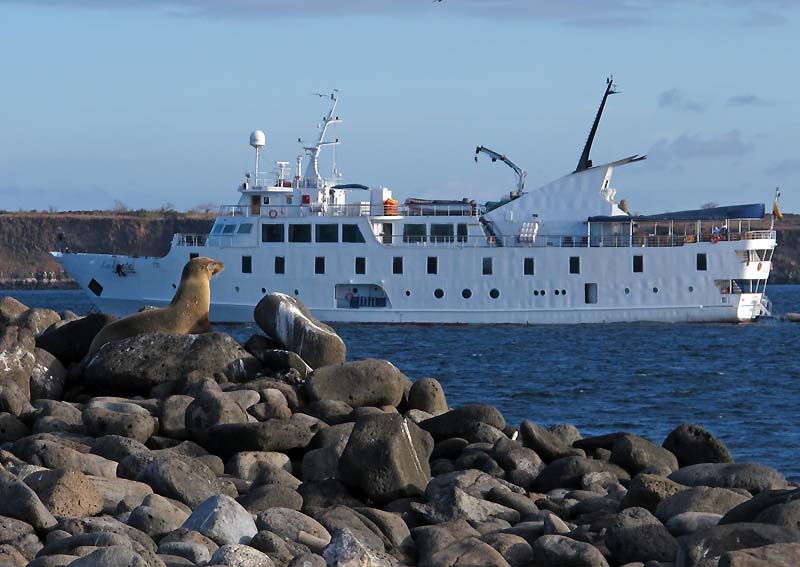 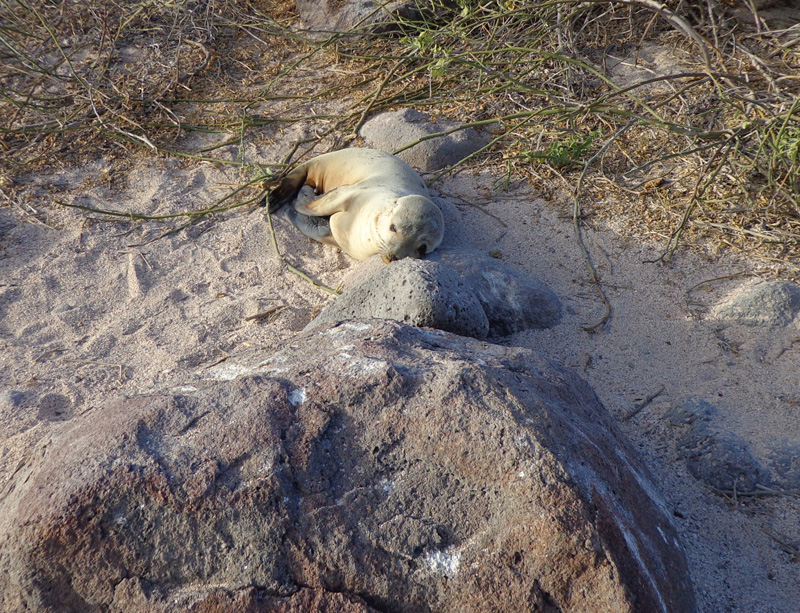 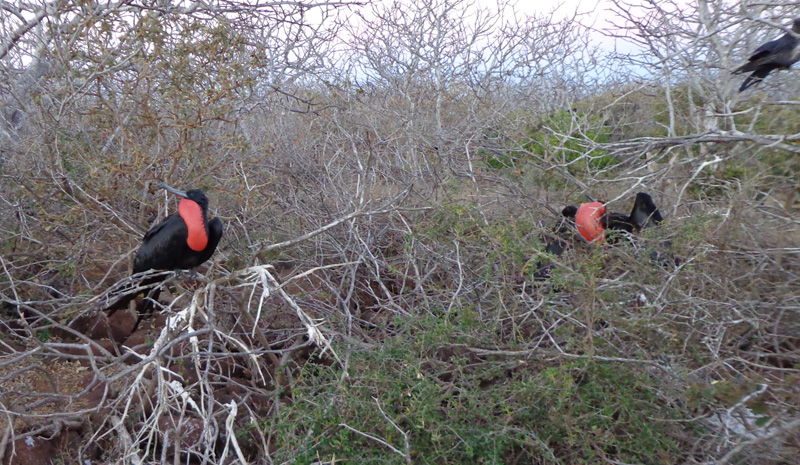 Land Iguana, descended from the Coastal Iguana these can only be found on the Galapagos Islands. 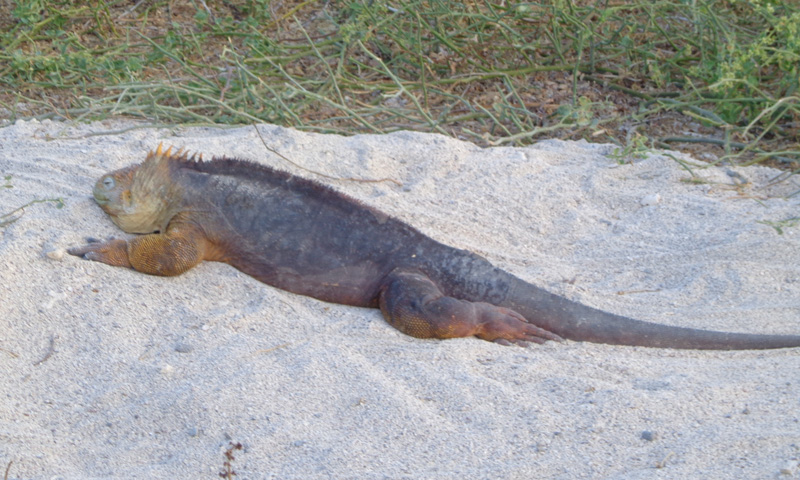 They are a distinctive yellow colour, kind of like Lee’s legs. 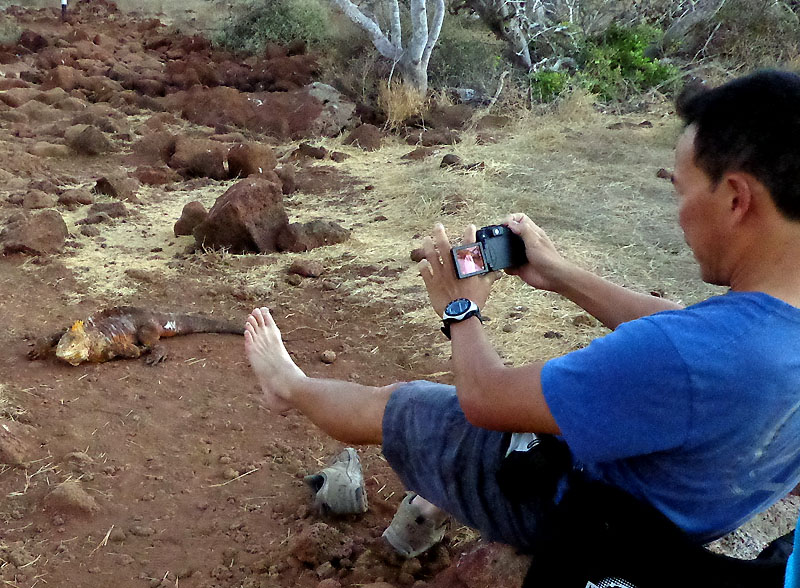 One of the Wren’s ever present on these islands. 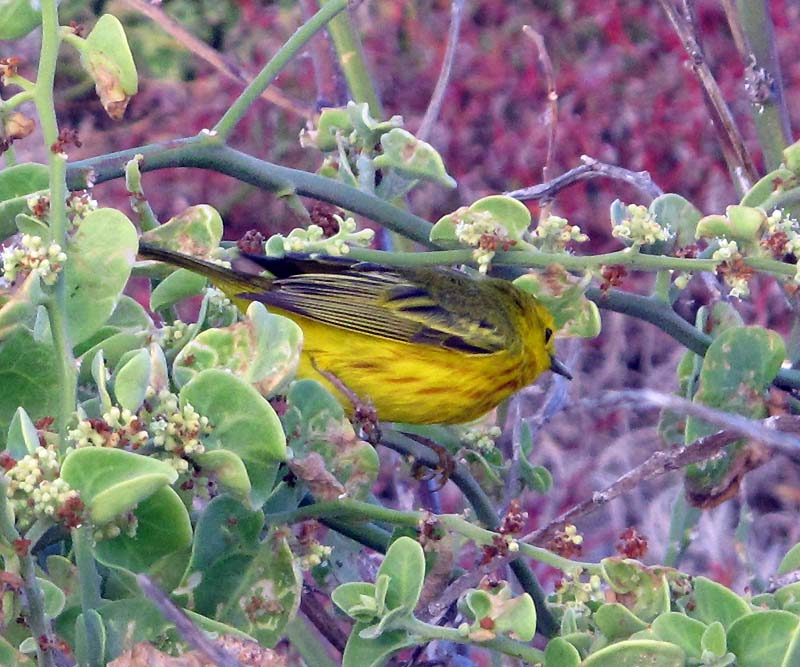 These Sea Lions have it rough! 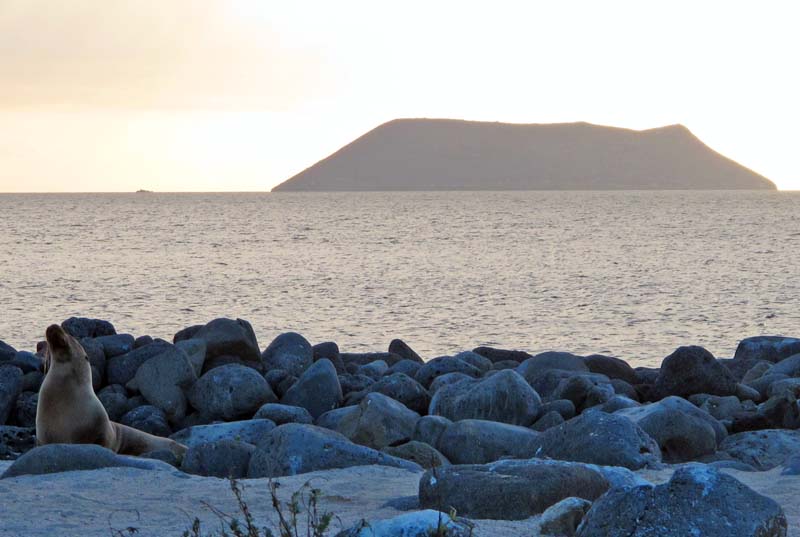 Another picture of the land Iguana cause they are so cool. 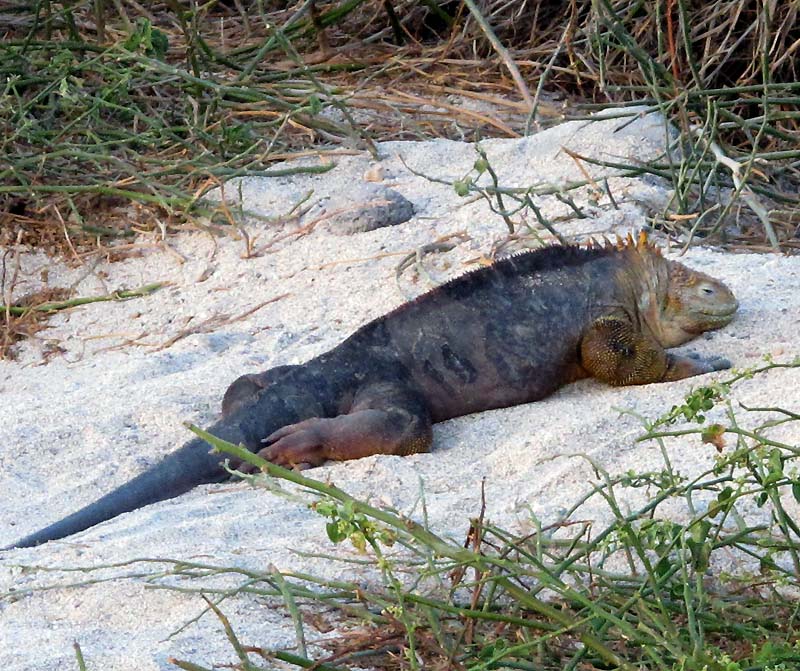 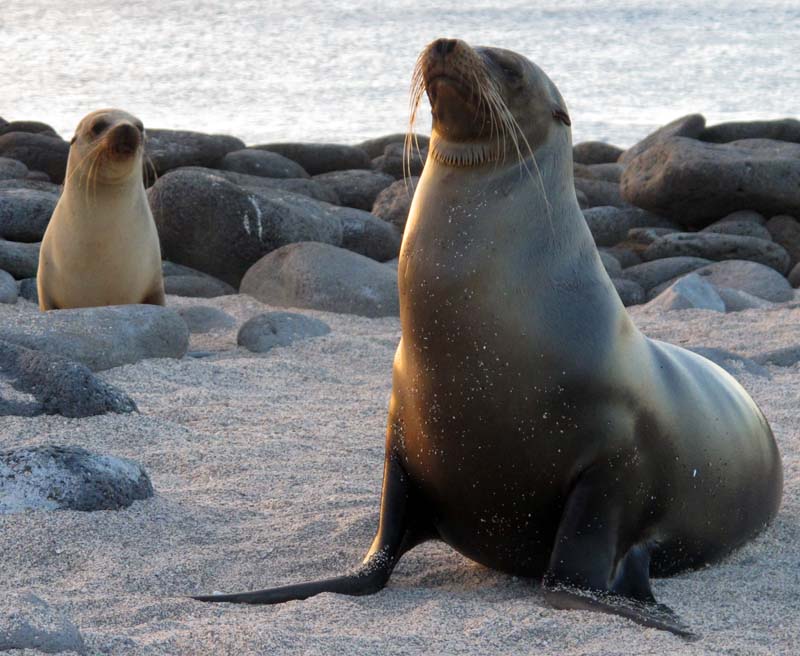 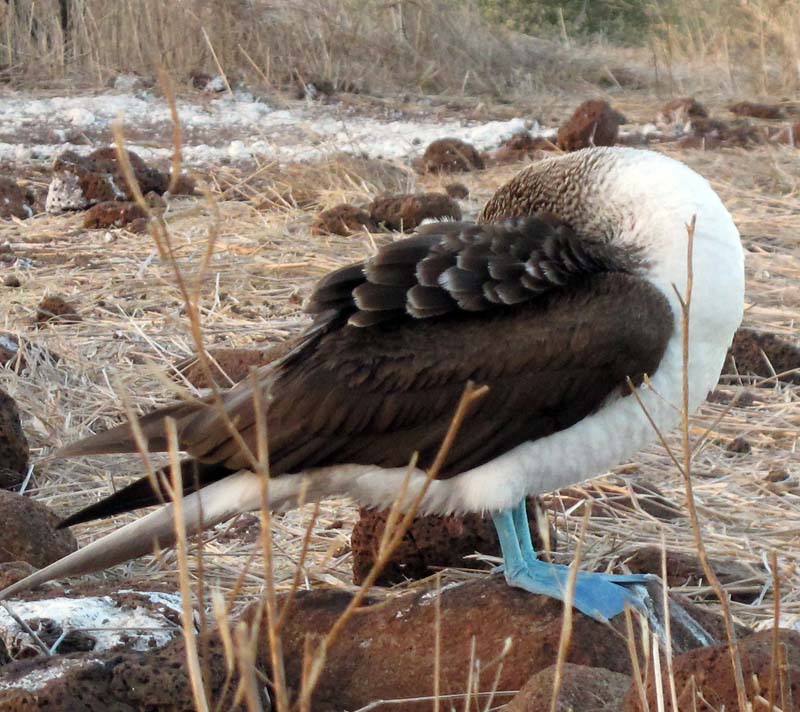 Moon rise in the Galapagos 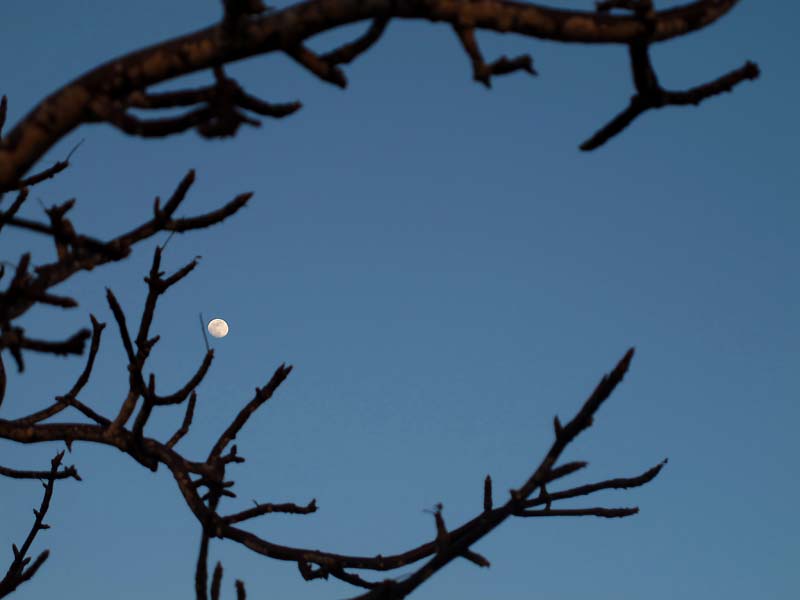 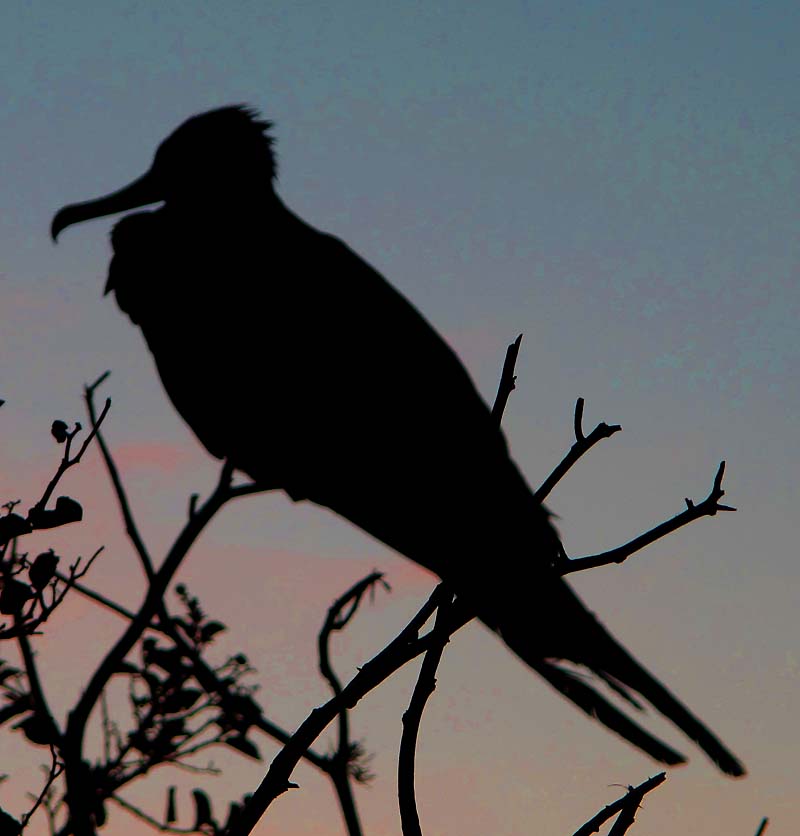 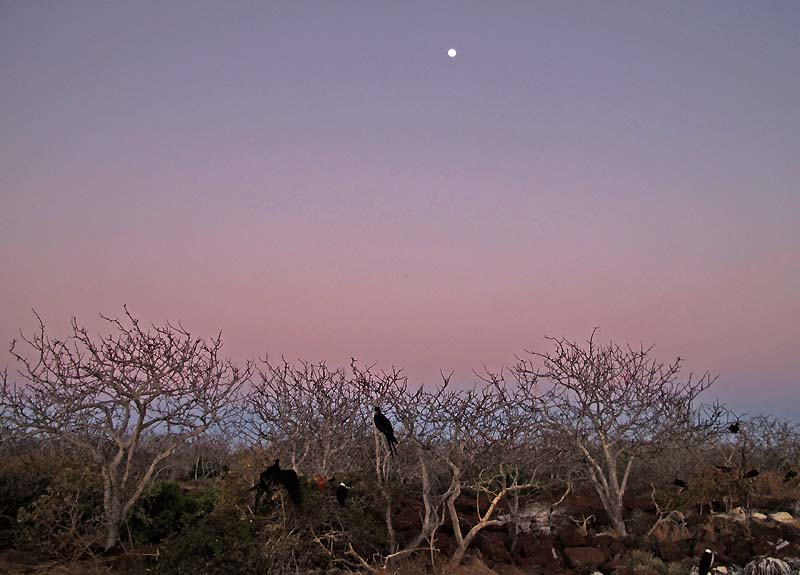 Then back to La Pinta for dinner and desert! 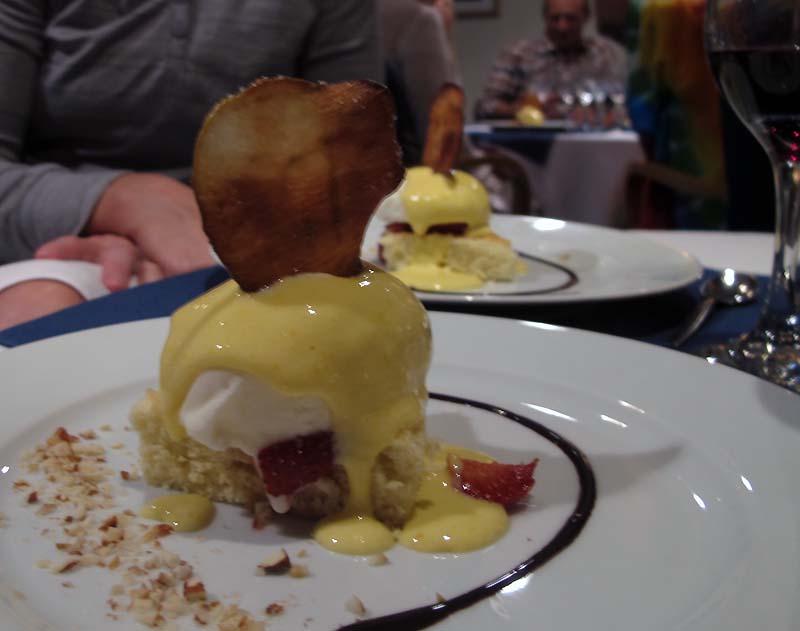 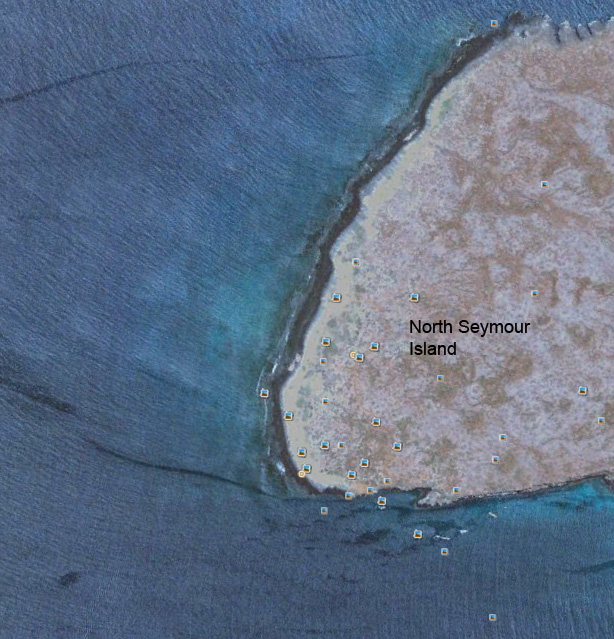