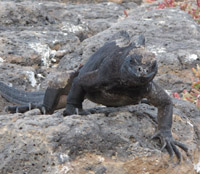 After breakfast, make a wet landing on a sandy white beach with many sea lion harems. Galápagos hawks are often easily observed, perched atop salt bushes. The giant prickly pear cactus found here live up to their name with tree-sized trunks! The endemic land iguana, unique to this island, may be spotted during the afternoon walk. Snorkeling and swimming from the beach rounds off the rewarding experience. Lunch will be served on board.

Disembark (dry landing) in the channel between North and South Plaza Islands, where the island tilts toward the water, the approach makes for a lavishly colourful sight! The turquoise waters of the channel contrast brilliantly with the white sand and black lava of the shoreline. Along the coastlineone finds sea lion colonies, while frigates, swallow-tailed gulls and shearwaters glide playing with the thermals that form along the cliffs of this small but amazing island. Dinner and a briefing are in the evening.

Our last day of hiking, snorkling and cruising. We go to Santa Fe, an island just South of Santa Cruz. Possibly the oldest Island in the Archipelago it was formed by an uplift rather then volcanic activity like the other islands. The Prickly Pear here grows as HUGE trees, many Sea Lions were on the beach giving birth which resulted in many Hawks in the area which feed on the Placenta. The land Iguana’s here are Endemic to this island and are a more brown colour then on the other islands.

After our hike we went snorkling in the bay and saw many playful sea lions, a manta ray and lots of fish. After Lunch we went to Plazas Island, where we visited the North Island.The South Island is closed for Scientific Research. These islands were also formed by uplift. These islands also have large treed Prickly Pear as well as the colourful succulent sesuvian bush which gives the islands an autumn colour. This island also has Hybrid Iguana’s where the male marine Iguana’s and female land Iguana’s have little sterile Iguana’s. We don’t know if we saw any of these. 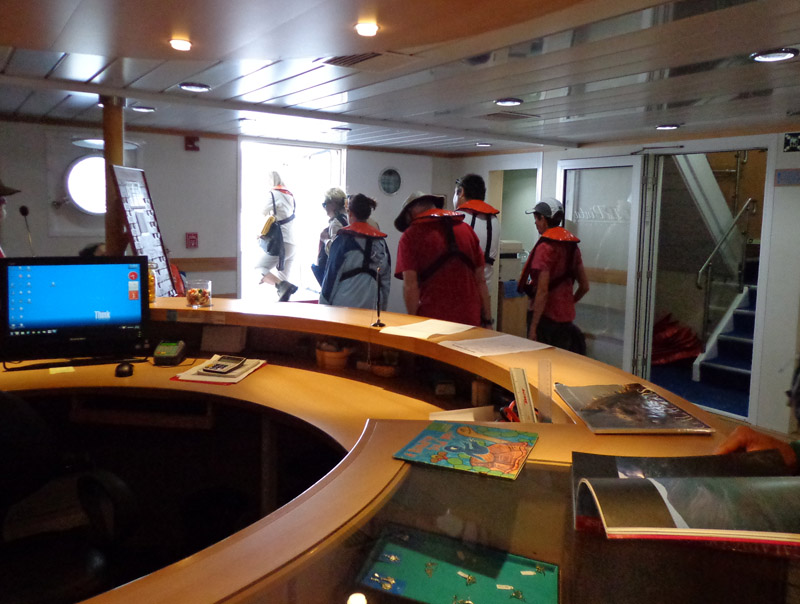 Jefferson, one of our Panga drivers! 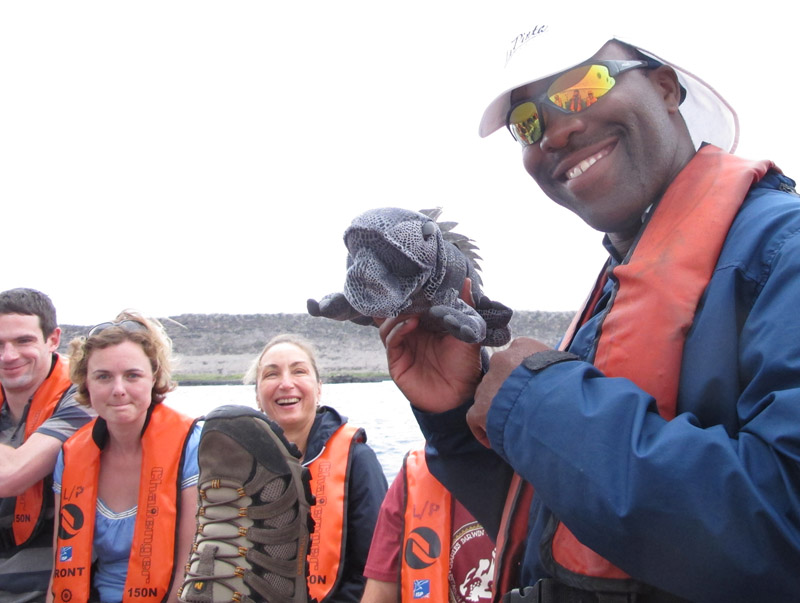 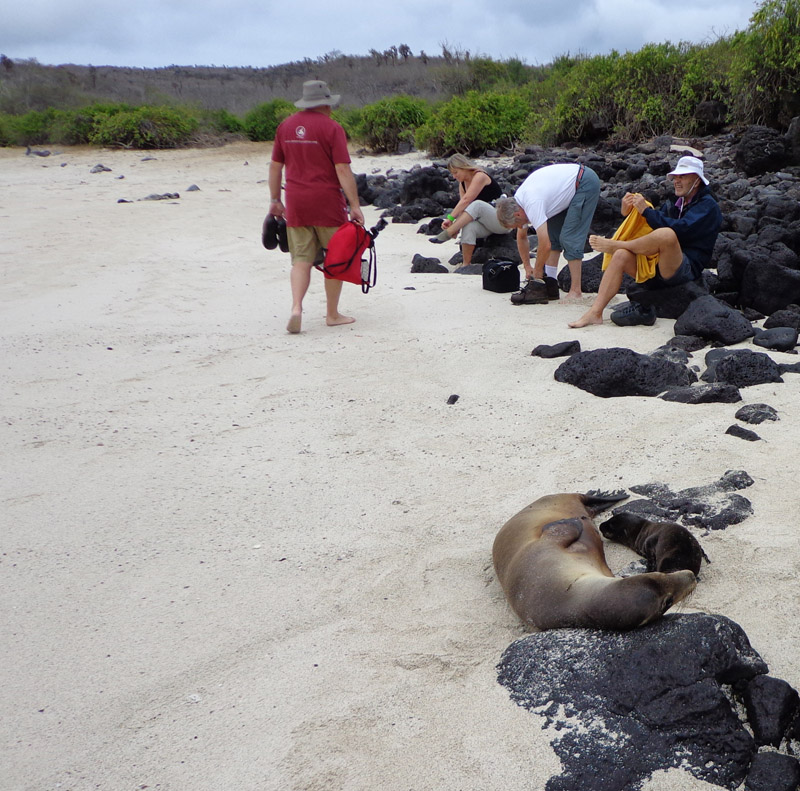 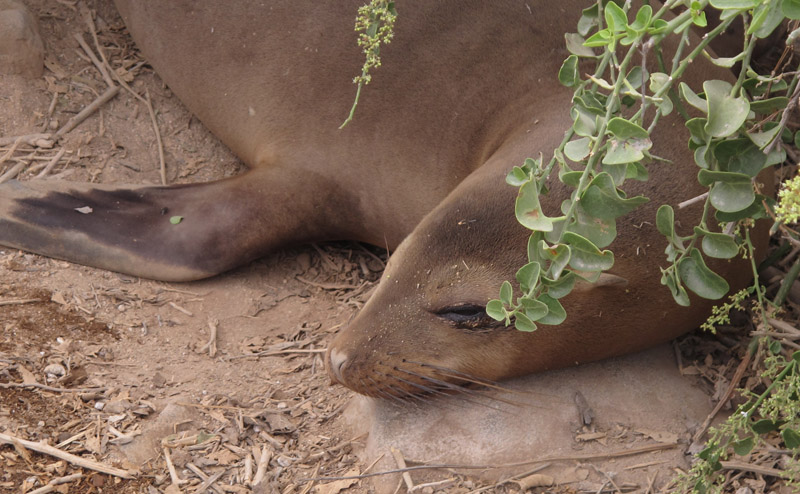 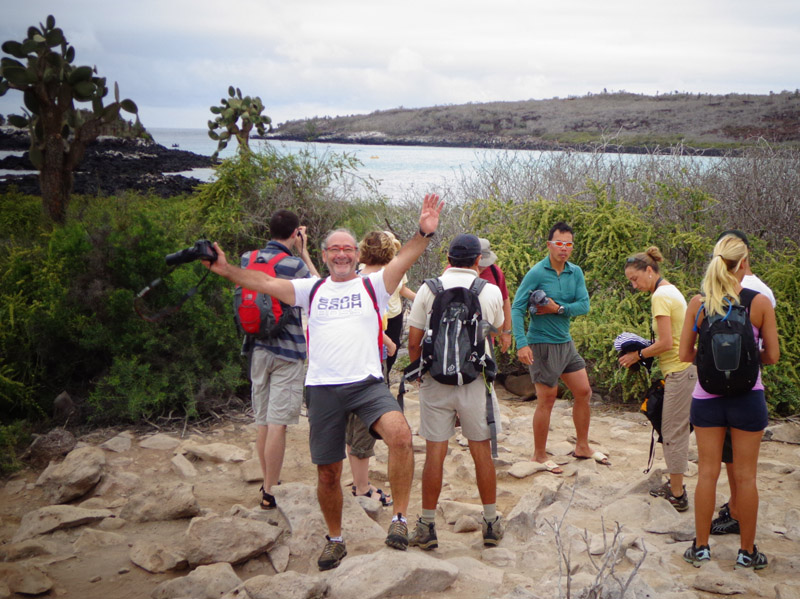 Walter by the Prickly Pear tree 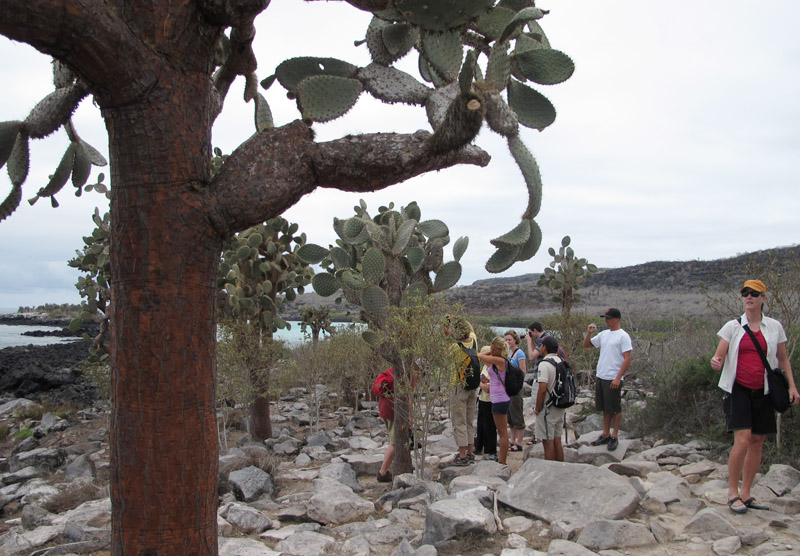 Nuggies by the cliffs 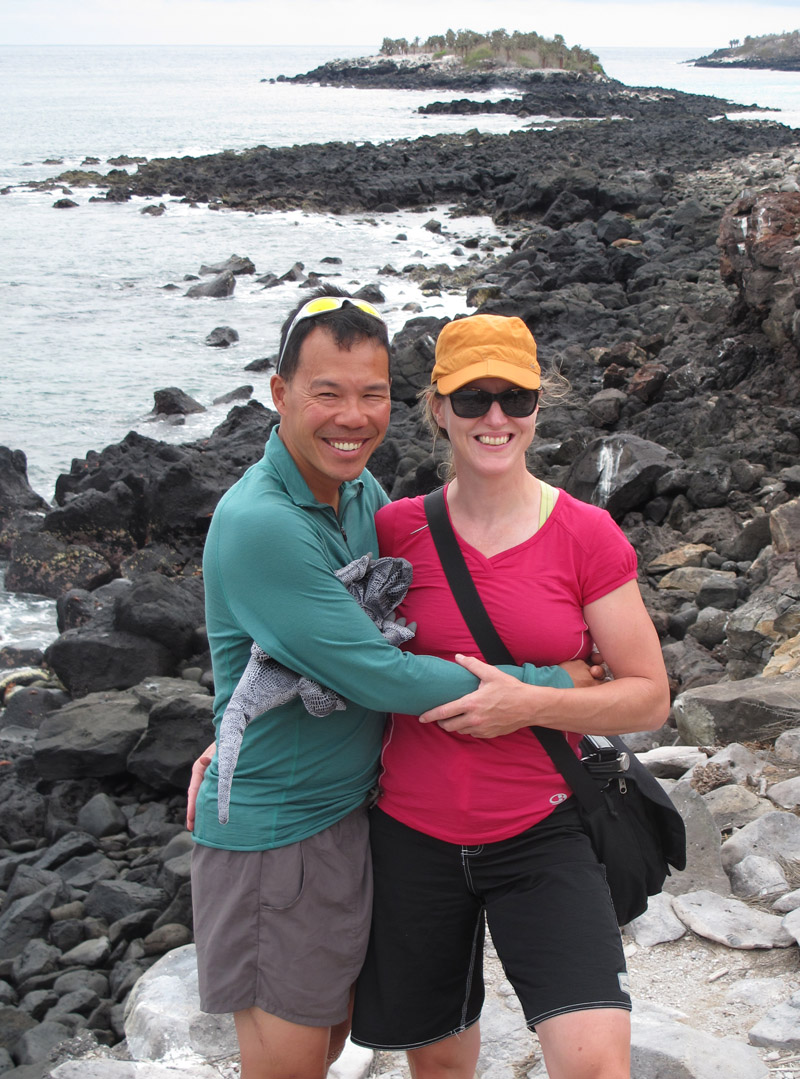 Land Iguana – Endemic to this Island 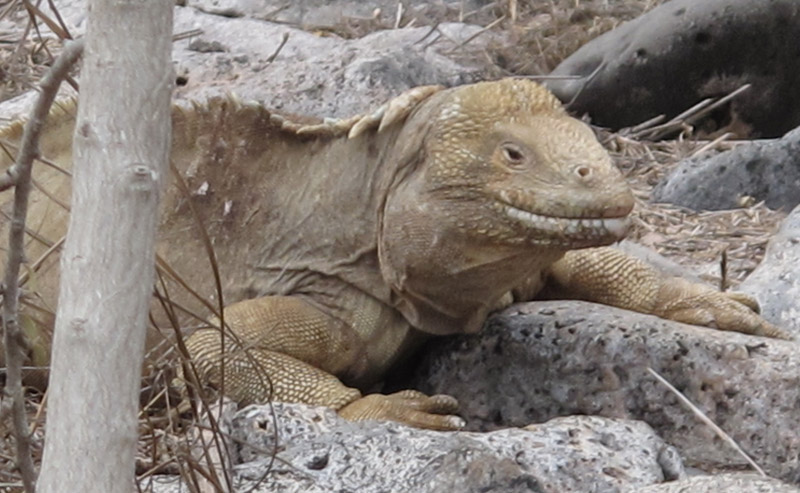 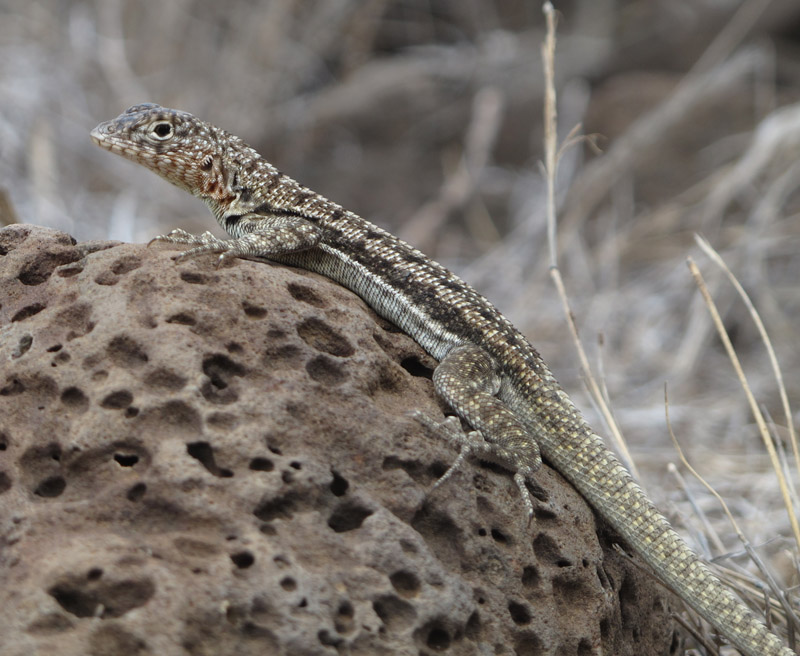 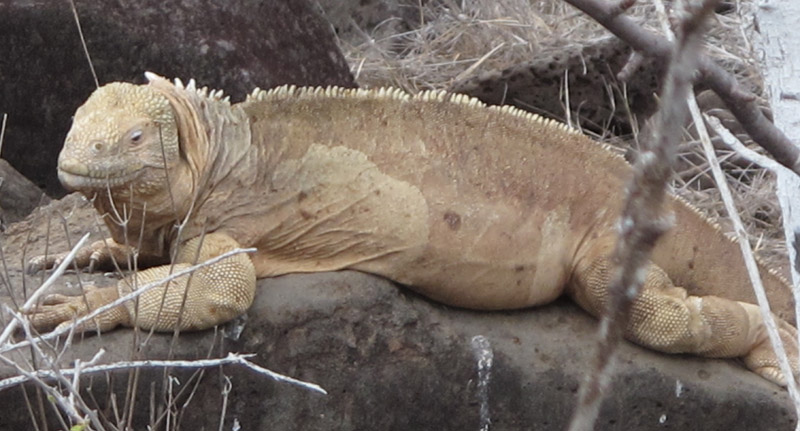 Lots of Hawks were hanging around the Sea Lions that were giving birth. They eat the placentas. 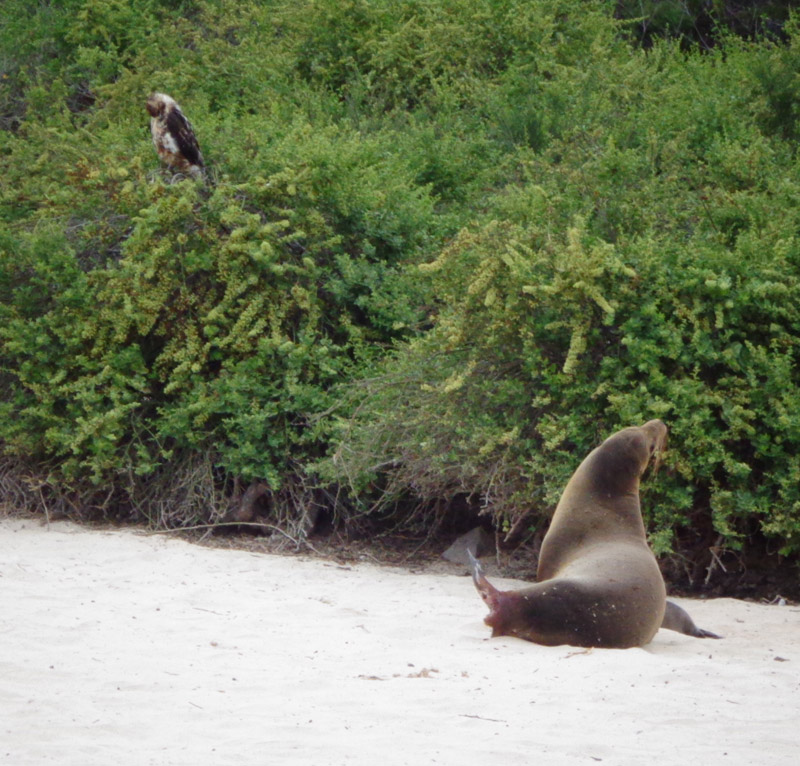 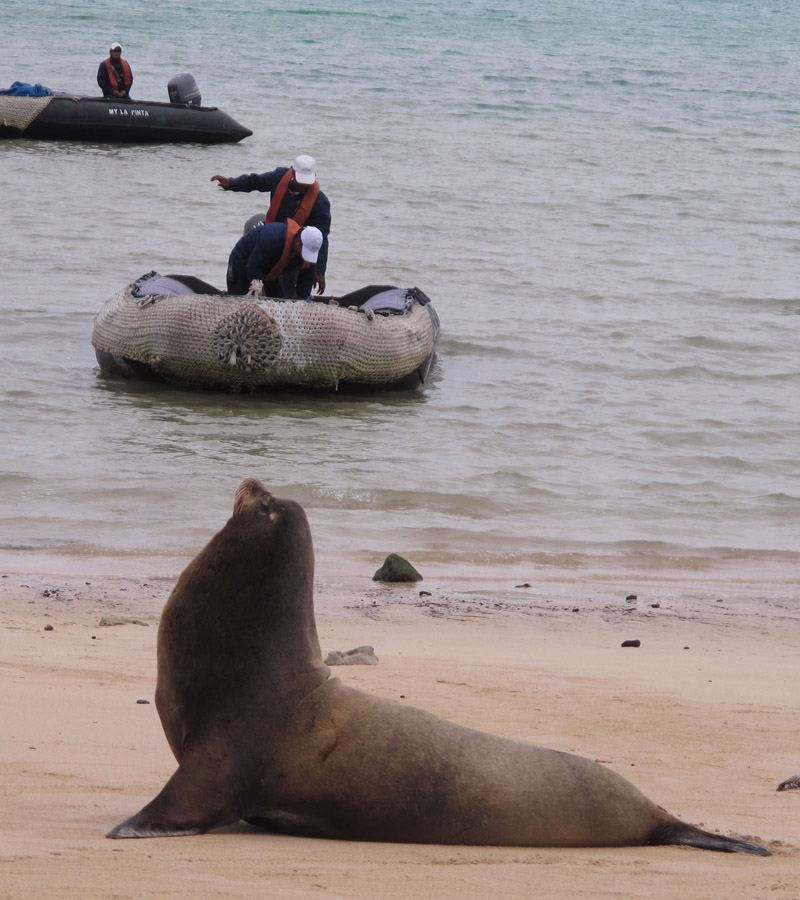 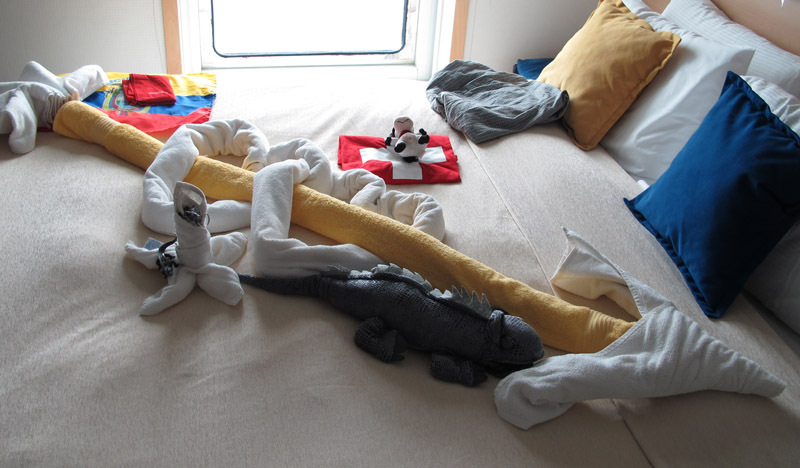 Miguel, our other Panga driver! 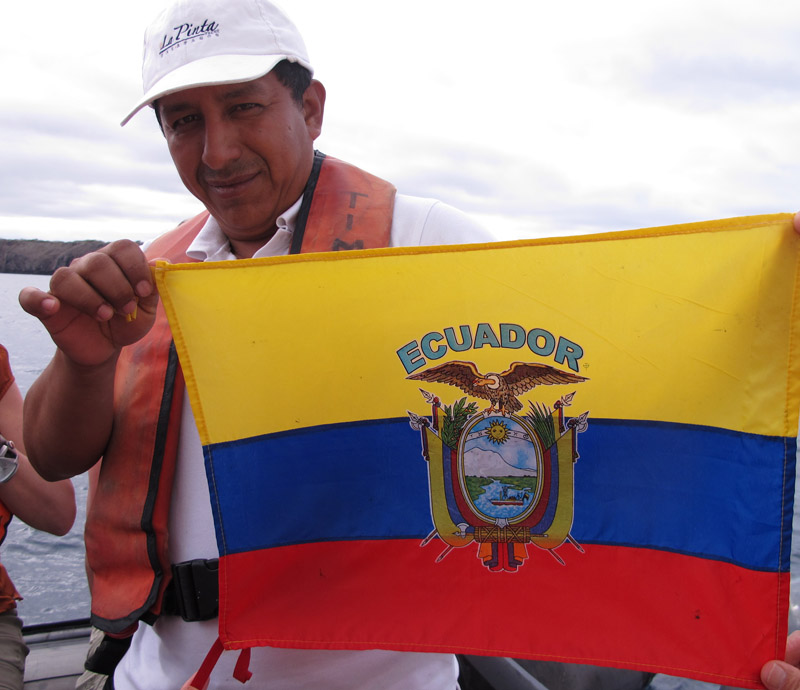 Holger was driving our Snorkling Panga with Ramiro 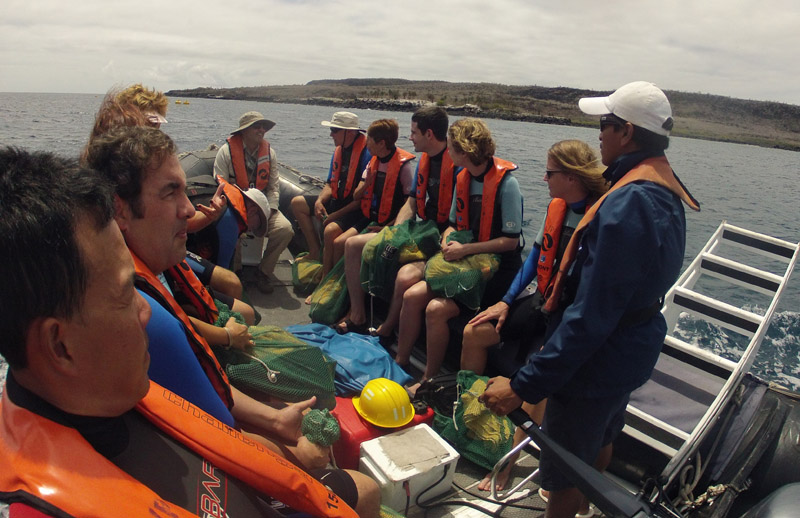 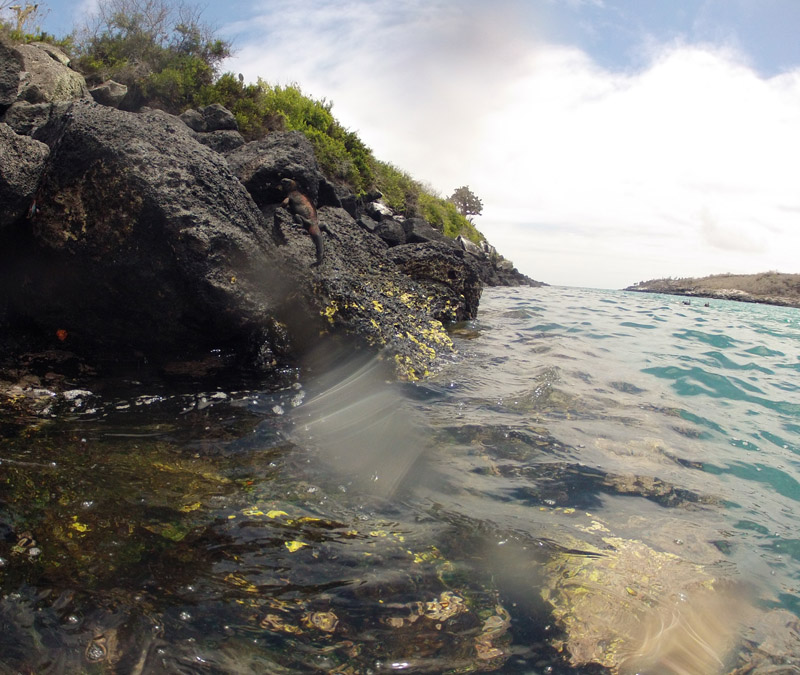 After snorkling we warmed up in the hot tub! 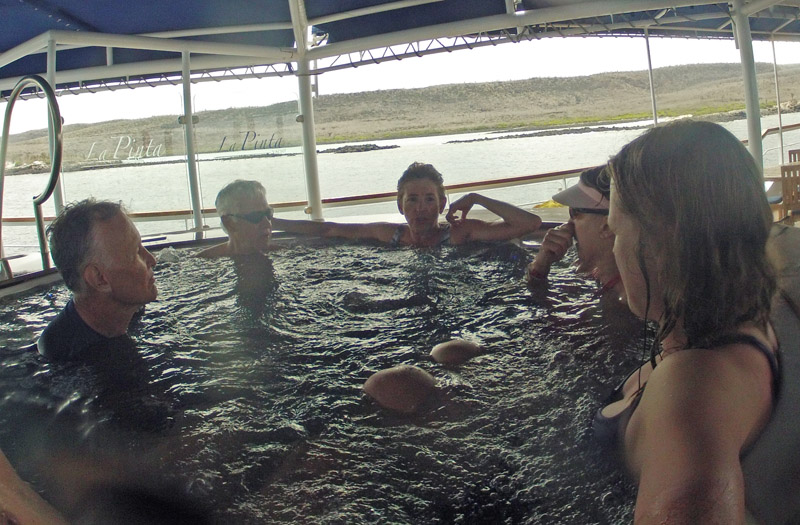 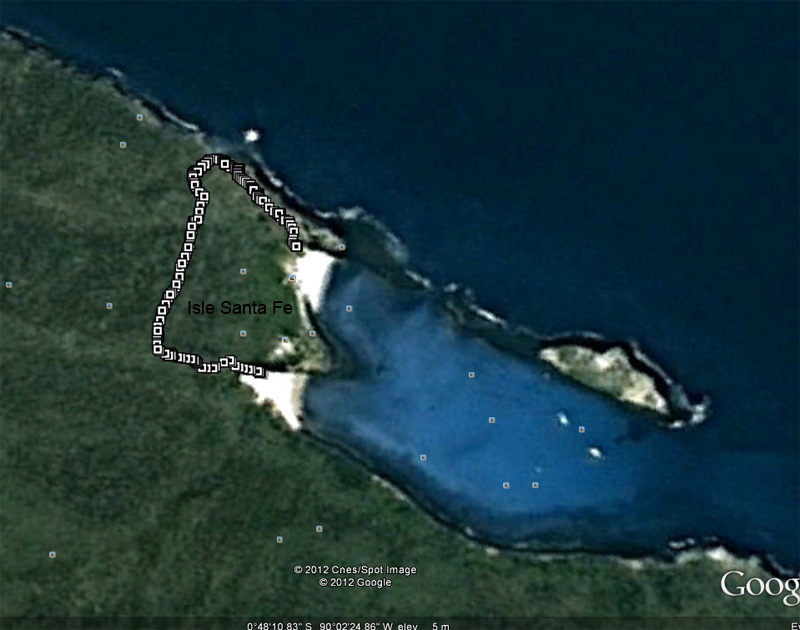 Then we eat lunch 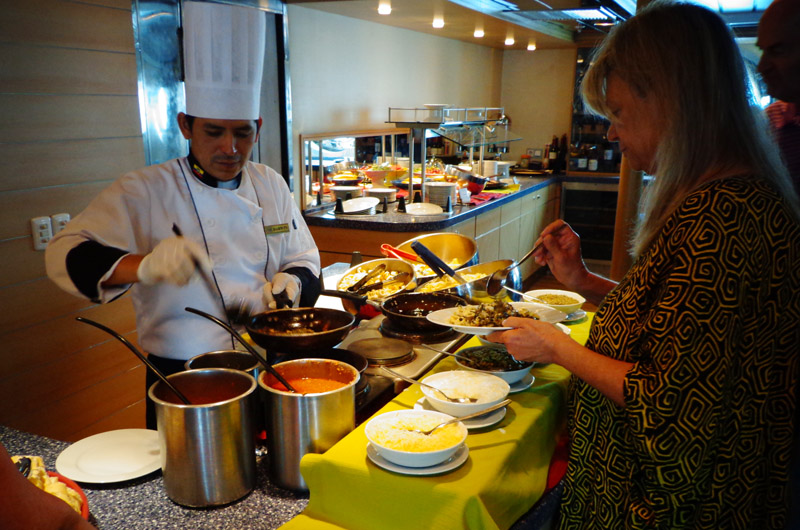 and make our way to Plazas Island. Very cool and unique with the succulent sesuvian adding some colour 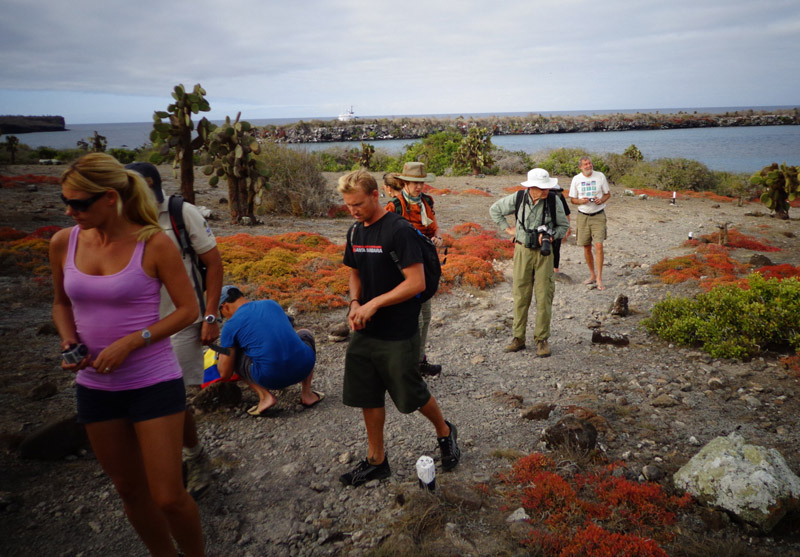 They all just get along! 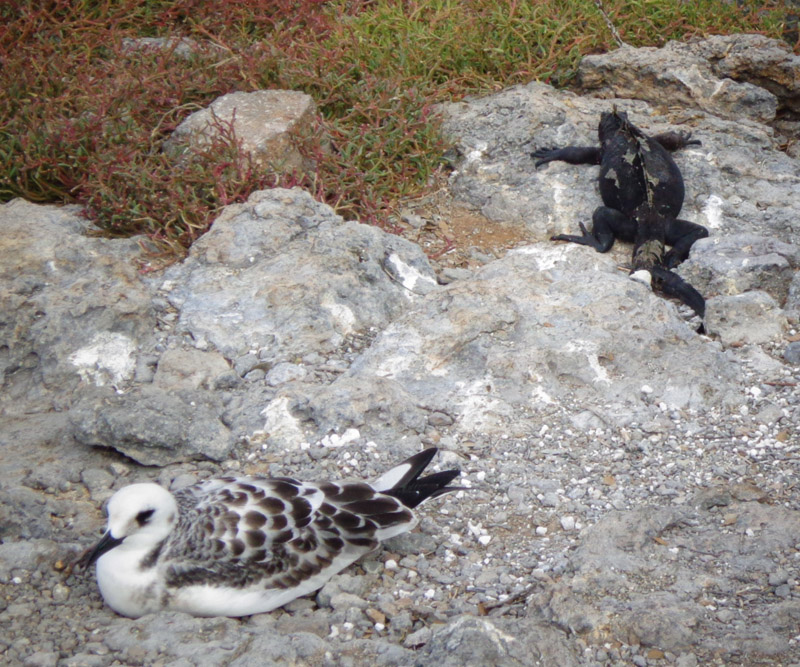 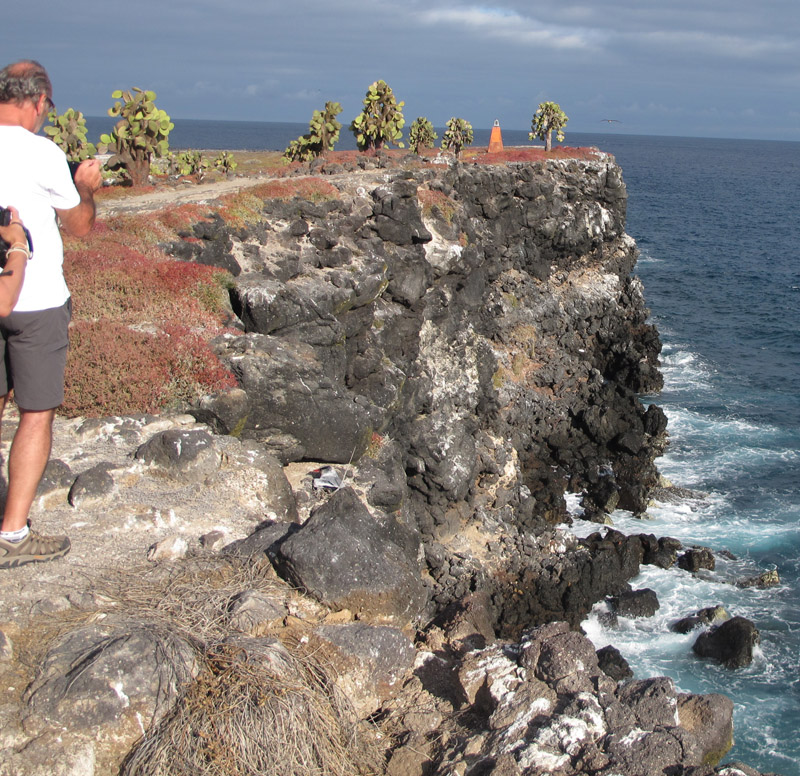 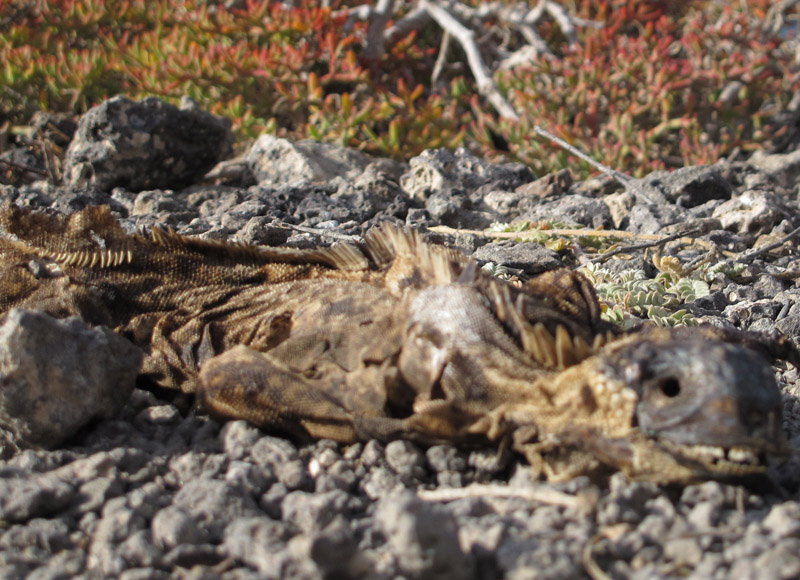 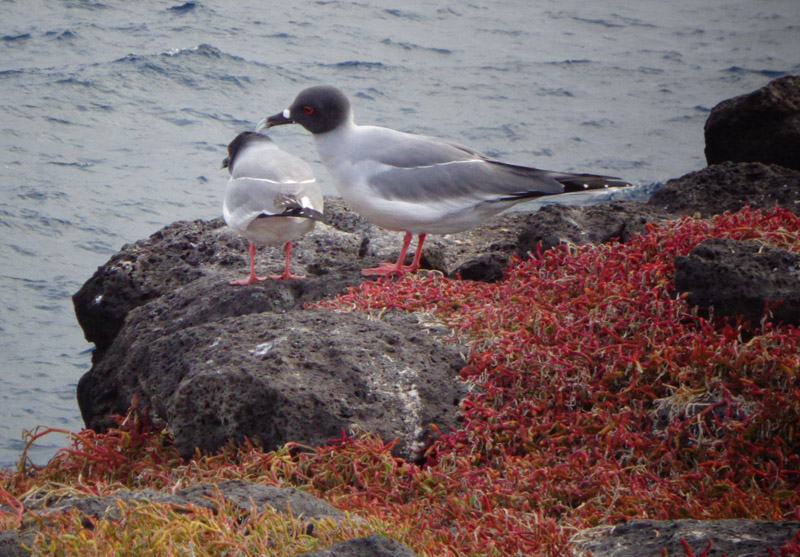 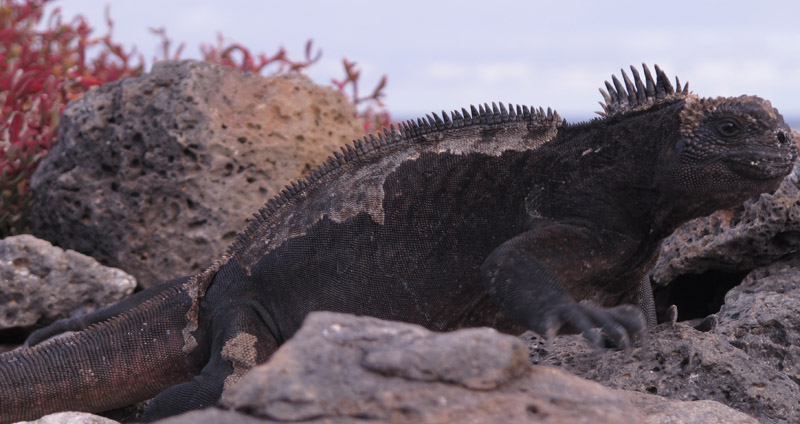 The Sea Lions know how to relax 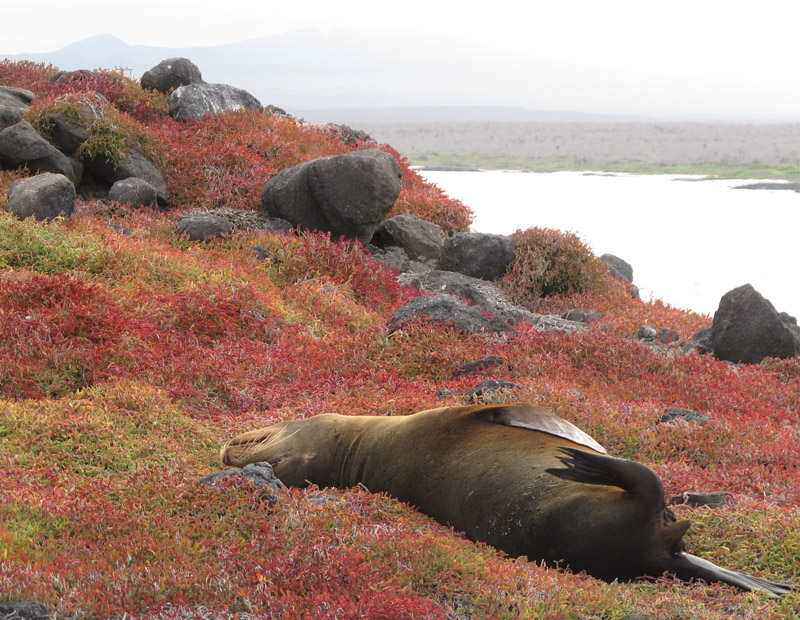 This guy wanted to get on our Panga! 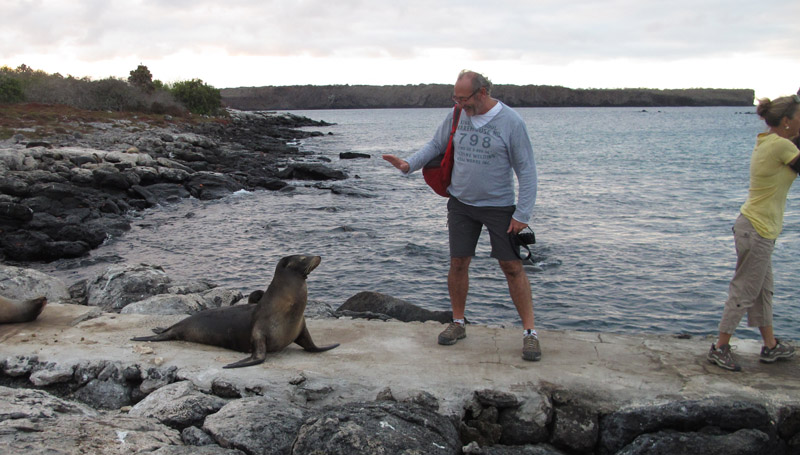 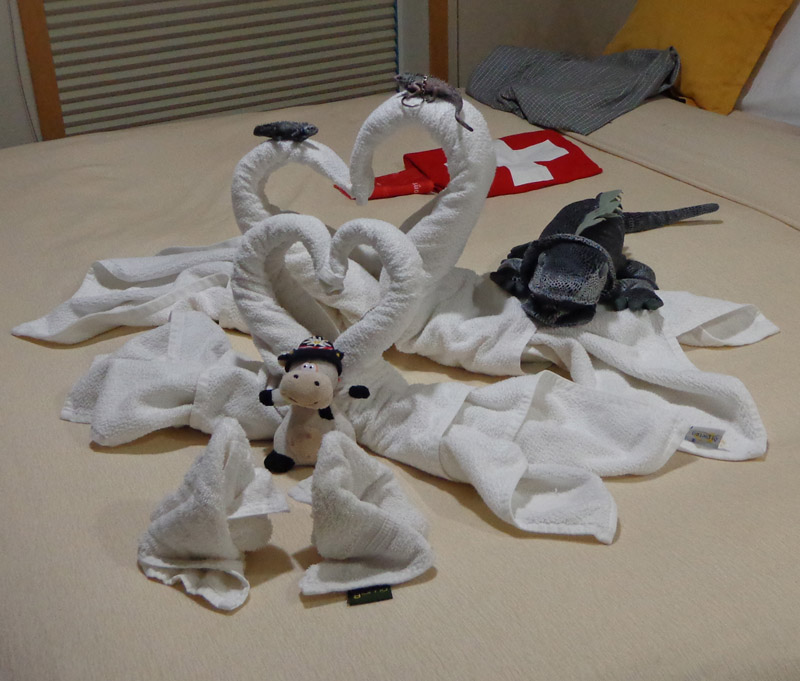 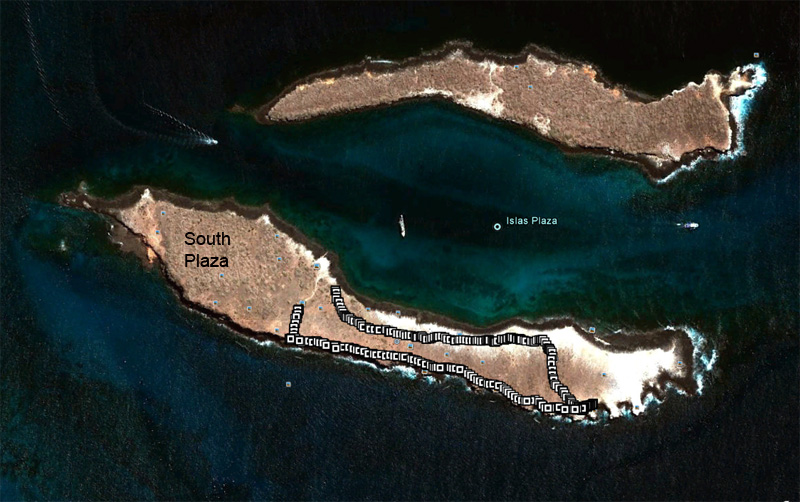