Another Coquihalla gem out of John’s guidebook. We parked just N of the Great Bear snowshed which has the advantage of having a changing room and pickled sausage aperetifs. 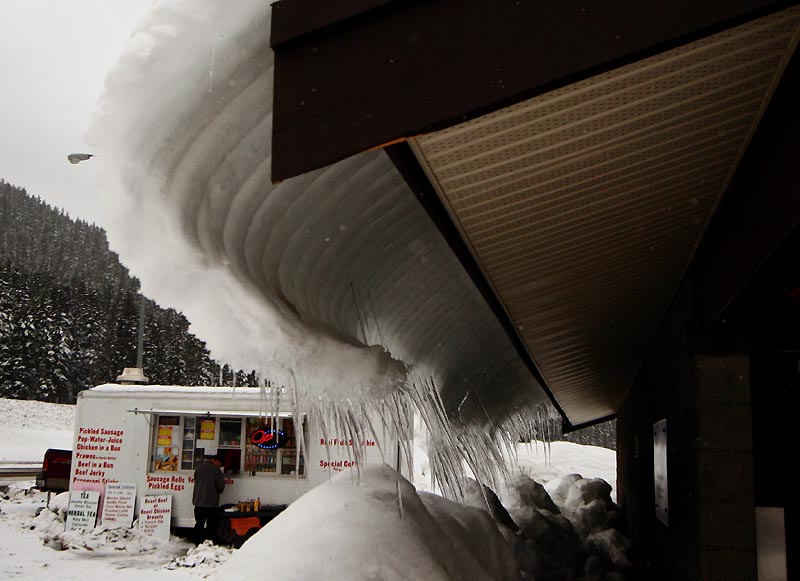 Caution! Out of bounds is insane! 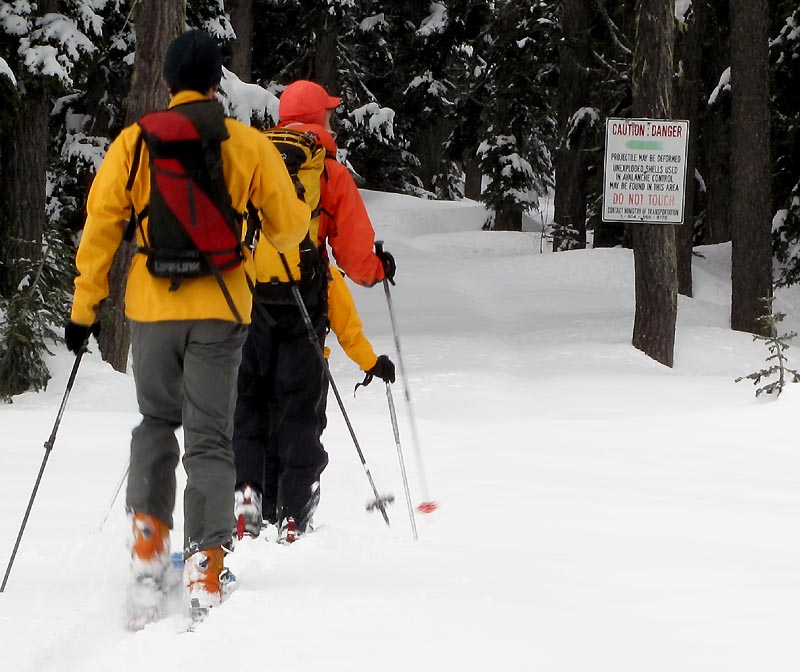 Do not lick the unexploded bombs

We skinned up and past Ottomite, to Iago then did a few runs down beautifully light and fluffy snow on Iago – 300m runs on a NE slope from 1800 m to 1500m and the pow is still good on the Coquihalla. 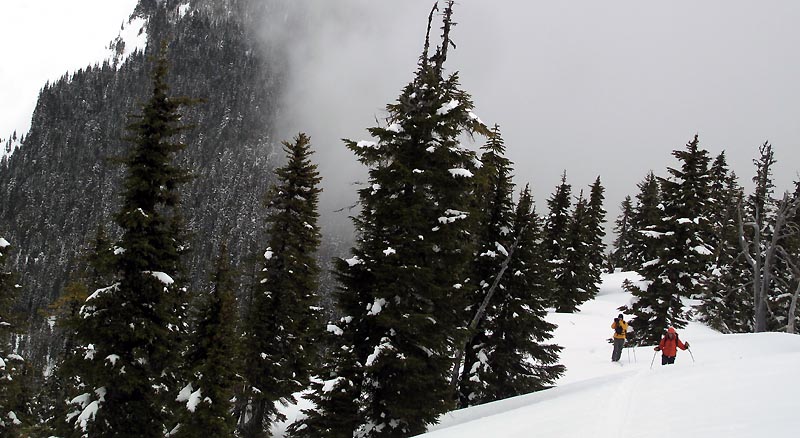 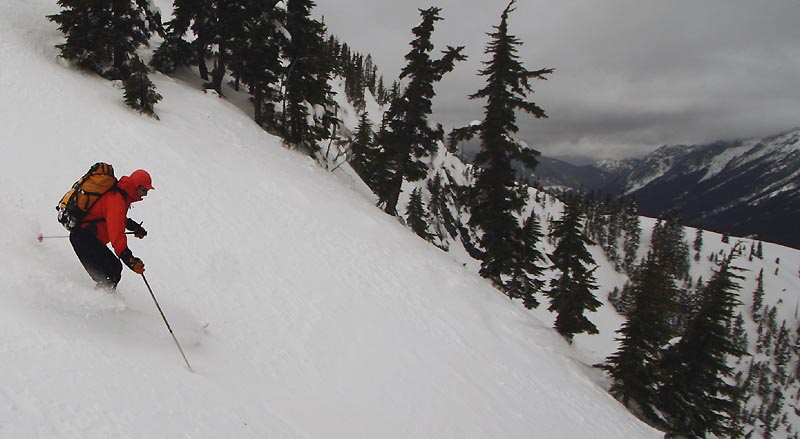 Looking at Great Bear from Iago 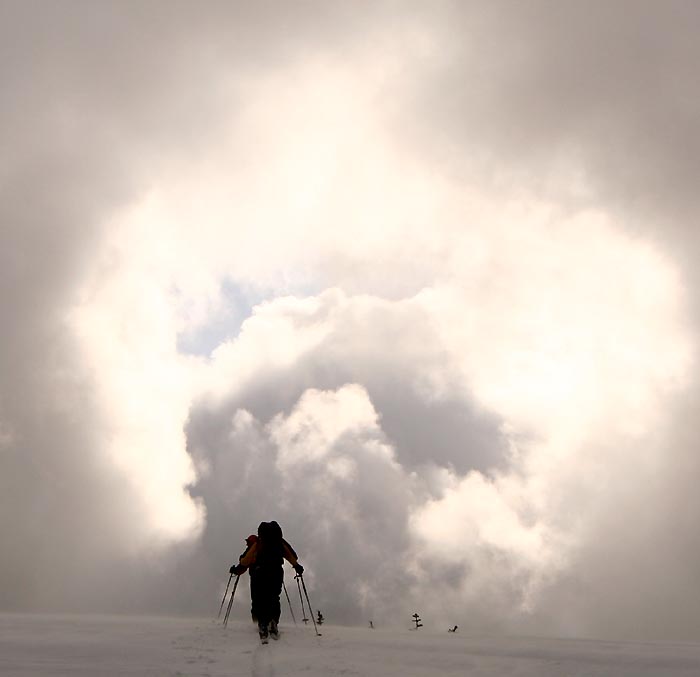 Heading to Great Bear along the ridge splitting it from Iago

We then switched over to Great Bear and found that the S and SE facing slopes were sun-affected. Thankfully our main ski down was beautiful light snow on NE slopes again. First you take a direct route down the fall-line while traversing slightly to the right and you hit the ridge with the old bomb-tram. Then we dove down the fall-line to about 1300m through mature beautifully spaced old-growth timber.

Linda takes in the views 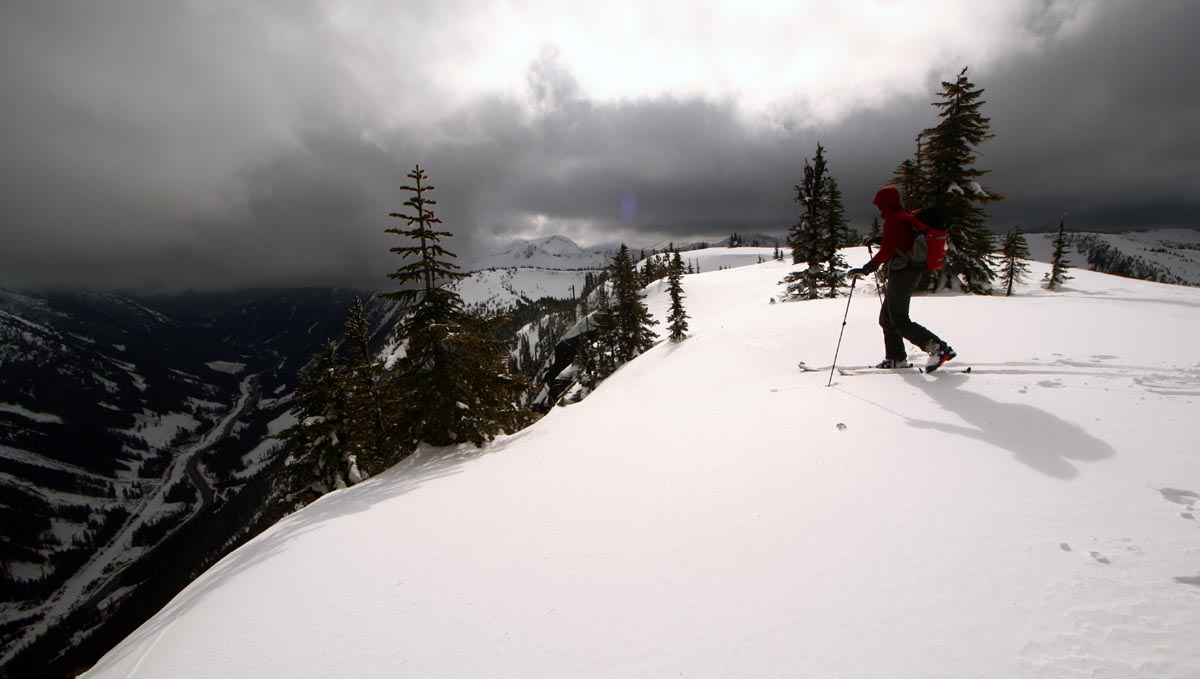 Sharon likes the views too 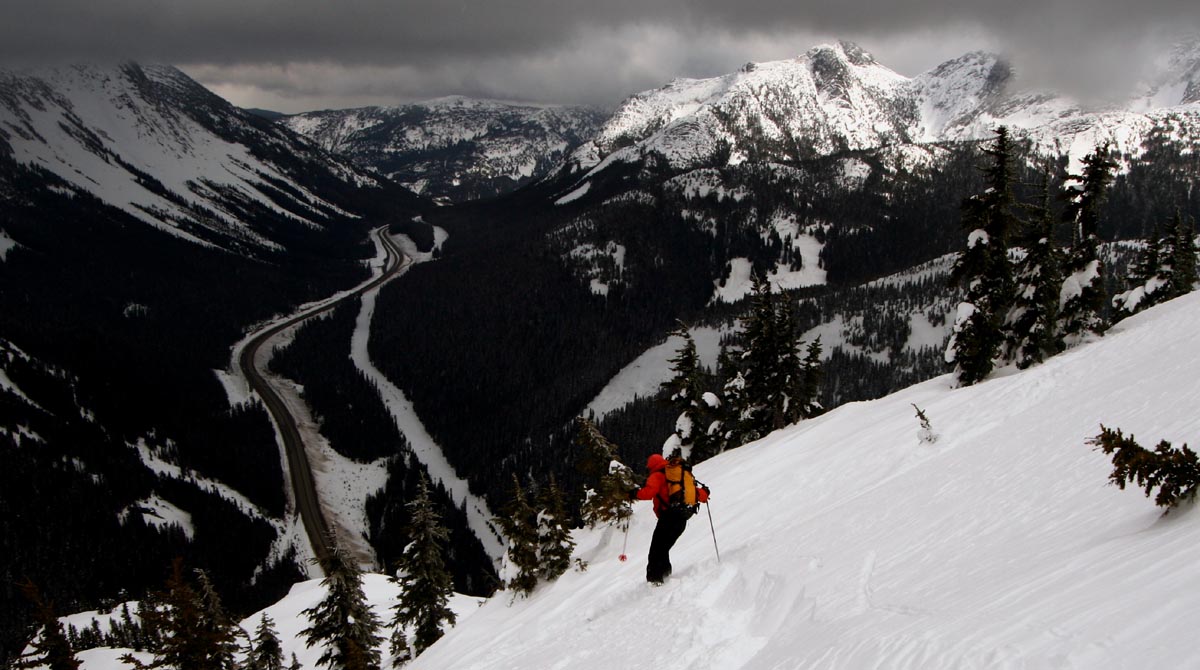 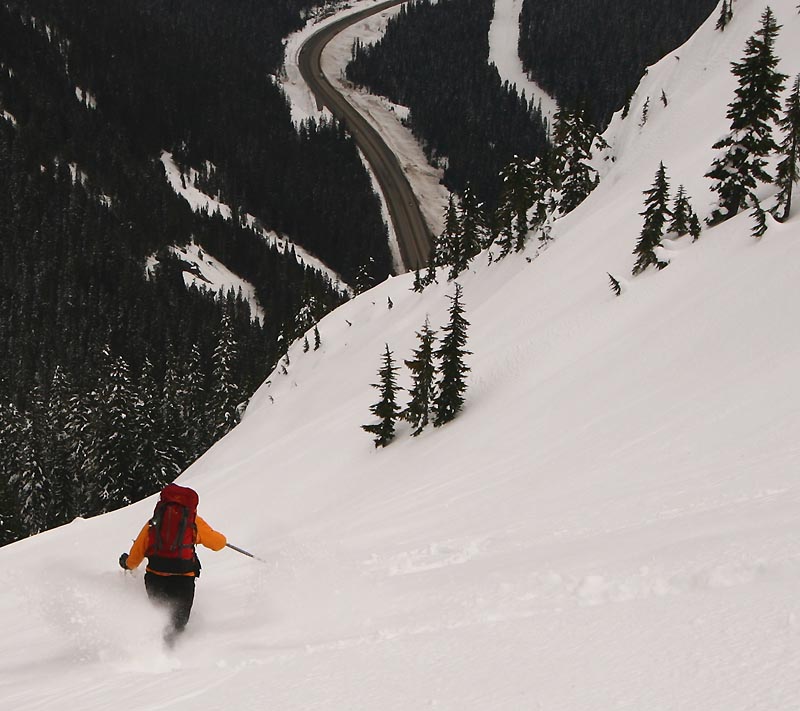 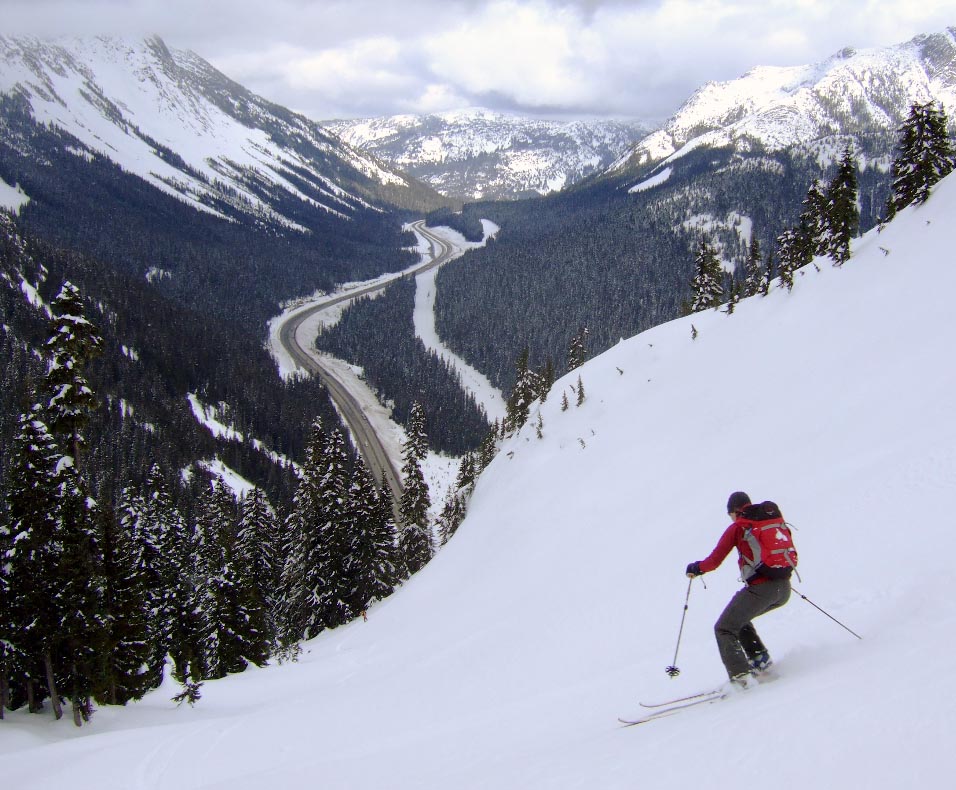 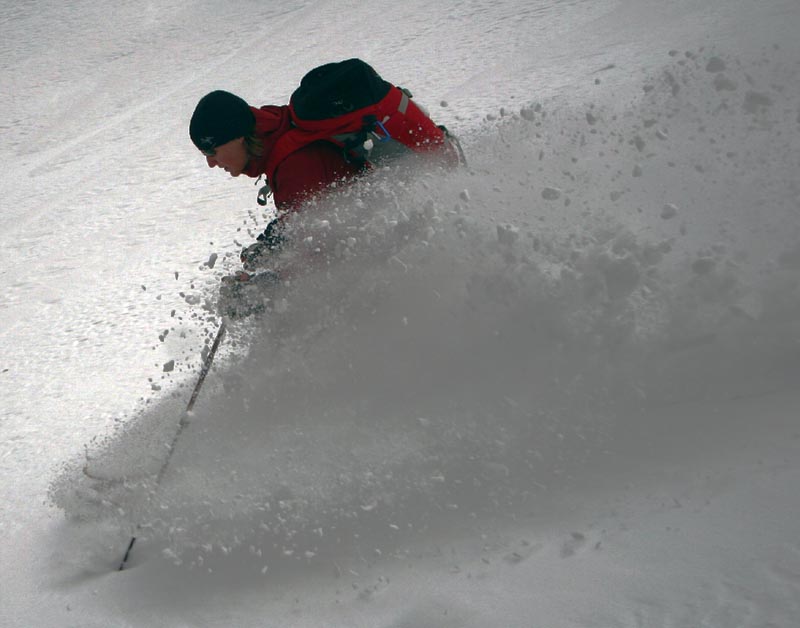 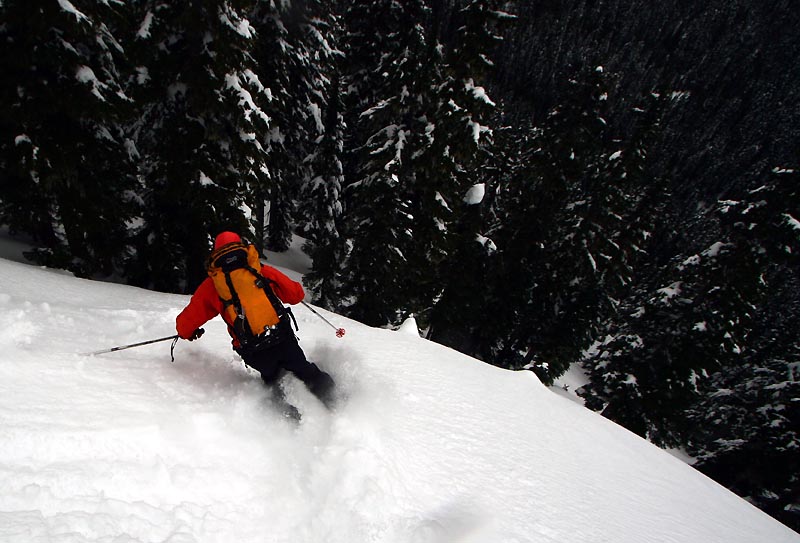 John drops in off the old bombtram ridge on Great Bear

From there it gets significantly steeper. With the snow starting to get heavy, we decided to skin back up and over Ottomite and out. Classic snow on open faces culminating with exhilirating tree-skiing. 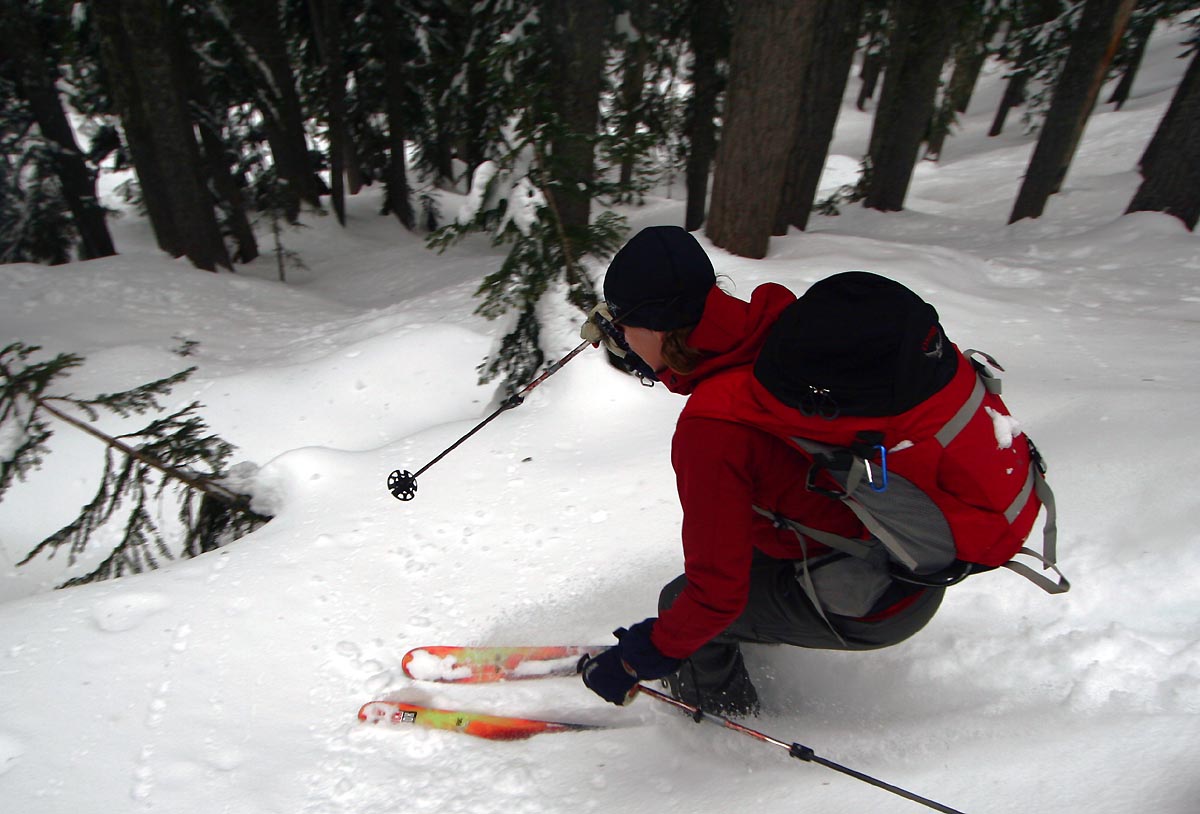 Sharon skiing through the old growth down to the 1300m mark 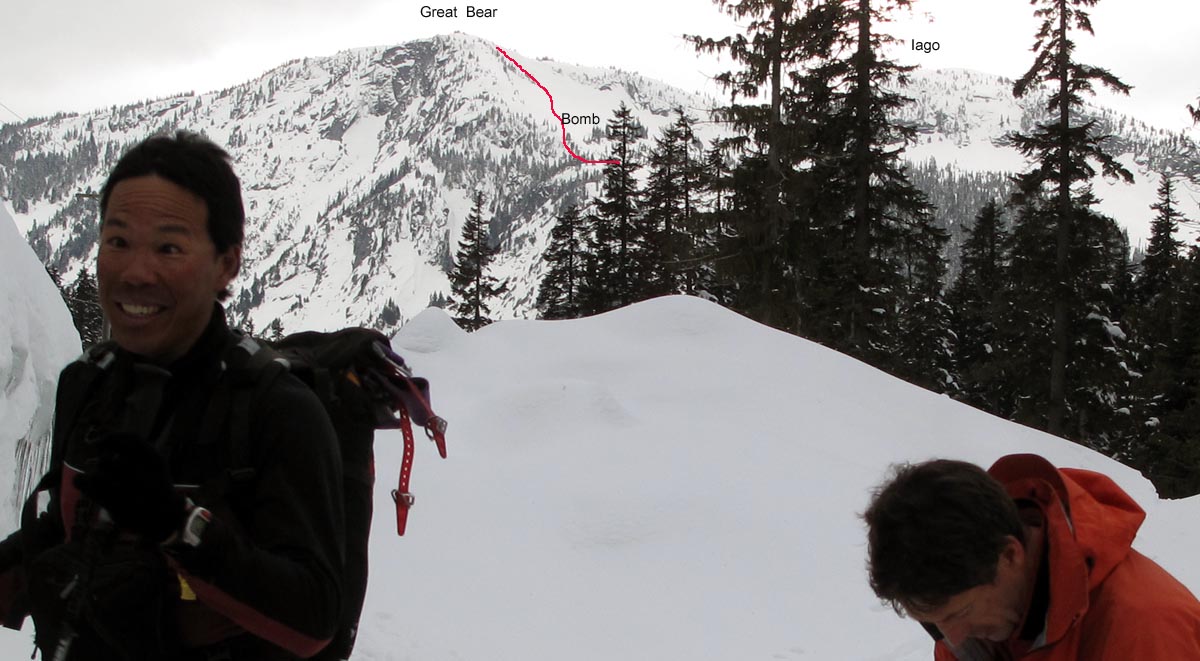 View of the backside of Iago from Great Bear showing the S facing slopes. 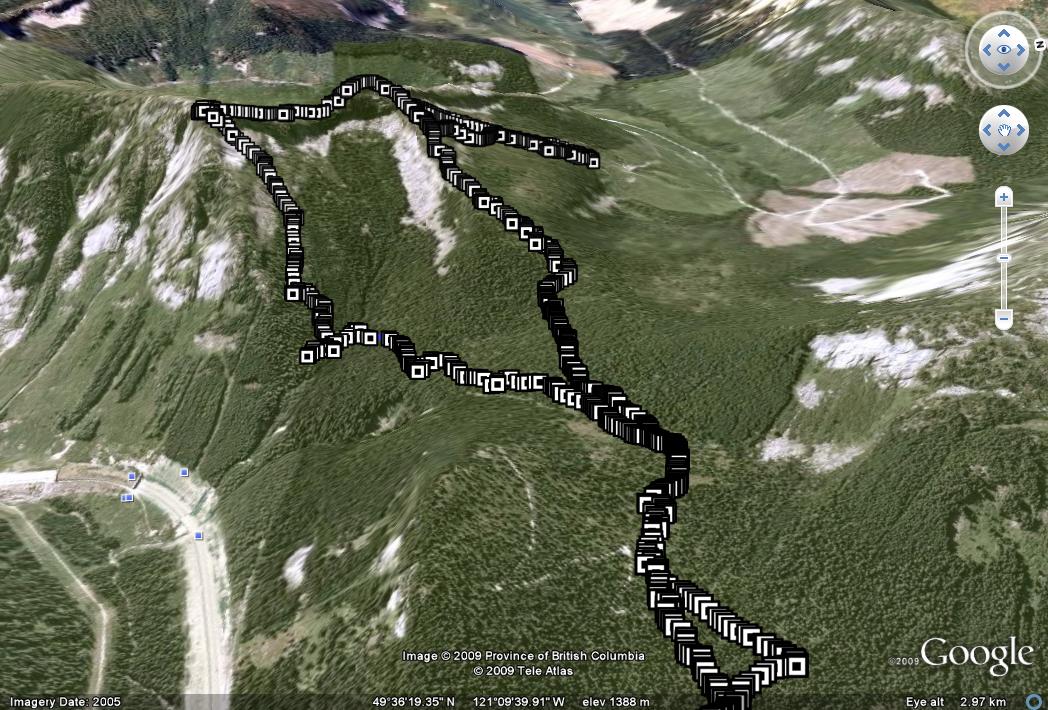 This entry was posted in 2009, ski and tagged coquihalla, great bear. Bookmark the permalink.