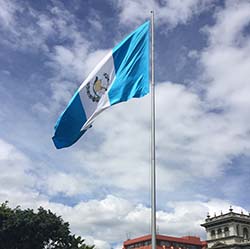 While the mountain biking in Canada’s Sea to Sky corridor is diverse and amazing, there are times in the year when its nice to leave the wet coast. Fall shoulder season is from Mid October to Mid November, when the rains come and before the snow falls, its a time when you want to hold onto summer before the colds of winter arrive. Where to go? Guatemala has been mentioned a fair bit as a mountain biking destination. Our friend Tom Pro of Gravity Logic raved about it as have others. Based on this we arranged a few rides with Backshop Bikes which is run by Juan Alberto DelaRoca. Juan lives part time in Colorado, USA and part time in Guatemala.

We booked our flights through AeroMexico; don’t carry on bike tools or anything that can look like it can be used as a weapon, they’ll take it away in the Mexico airport. We rented Kona Precepts from Old Town Outfitters so we wouldn’t have to bring our own down. This proved a wise move since in the Mexico airport you have to pick up your baggage on your connecting flight and go through security again. This also allowed us to do other trips with Old Town Outfitters that we might not have been able to do if we were bogged down by bikes such as a Trip to Tikal, a hike up Acatenango and a trip to Rio Dulce.

Once in Guatemala we spent one day in Guatemala City. This story includes some of the other colour and culture of Guatemala which is a reason in itself to visit. In Guatemala City. We stayed at Posado Belen where we were well taken care of, they picked us up at the airport and arranged a taxi ride to Antigua on our departure day. While you can book through Trip Advisor, it was easier to make arrangements by calling their toll free number directly.

1. The currency in Guatemala is the Quetzal. When we were there the exchange was 7.5Q to $1.00US. Bring USD if you want to have cash and change to Qs. Many cambios (exchange houses) will change from CAD or EUR to Q but the USD is still the easiest currency to change. But see caveat below

2. The exchange houses give pretty poor exchange rates. The first cambio you’ll see as enter Guatemala International Airport is actually the worst rate. The cambio in the lower floor as you get to the exits is the best rate. You will get a way better rate at ATM’s.

3. Card skimming is a problem at ATMs. Use an ATM at a place with a security guard in front. Pharmacy’s tend to have ATMs and security guards.

4. Tourism is so big in Antigua that ATMs tend to run out of cash on Friday, Saturday and Sunday. If you need Qs get it early on Friday.

5. Theft is hyped in Guatemala City. We didn’t have a problem with thefts, just be normally cautious. And whatever you do DO NOT use the red buses. Those are reknowned for muggings and pickpocketing

6. The temps were 15oC to 25oC so you don’t need a lot of warm clothes. The exception are the high volcanos which can get chilly with temps approaching freezing at night

8. Guatemala City gets a bad rap. Street life and people watching in “Ciudad” is pretty fun. However, traffic sucks ass in Ciudad and you will hate life if you’re stuck in one of their interminable traffic jams. If you have to get in or out of Ciudad leave lots of time. For example. If you have to catch a flight you’d be best off to either get there the day before or make sure you leave hours and hours to make your flights.

9. Everyone seems to have a cell or smartphone in Guatemala. If you need a phone you can get one from Tigo, Movistar or Claro. Tigo seems to have the best rural coverage. Claro has the best urban coverage and Movistar is a solid meh all around. Air time is cheap and you easily get more minutes at many locations. If you have unlocked phones from your local carrier you can get a SIM card, plug it in and away you go. Check that your handset works with the providers here 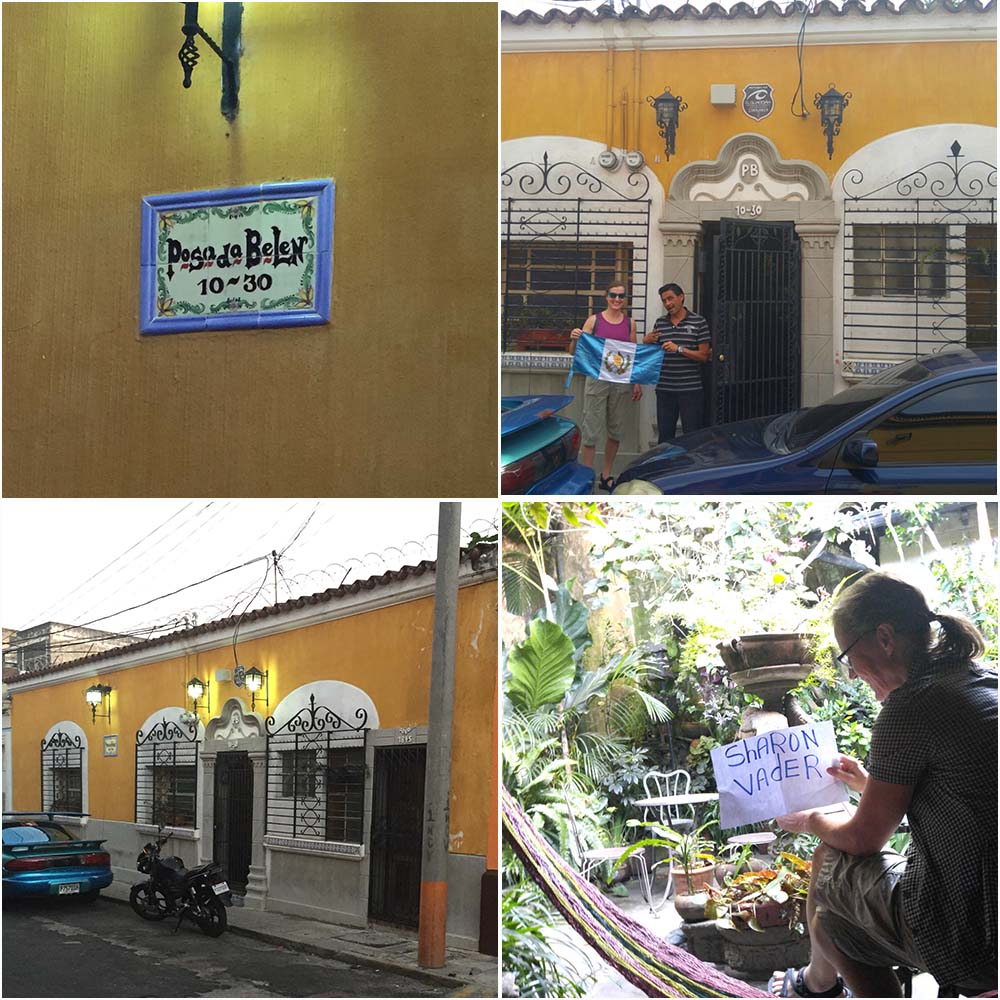 We stayed at the Posado Belen in Guatemala City. Easy walking to the Historic and shopping centers. Very quiet and restful place.

Posado Belen, our room and the common area. 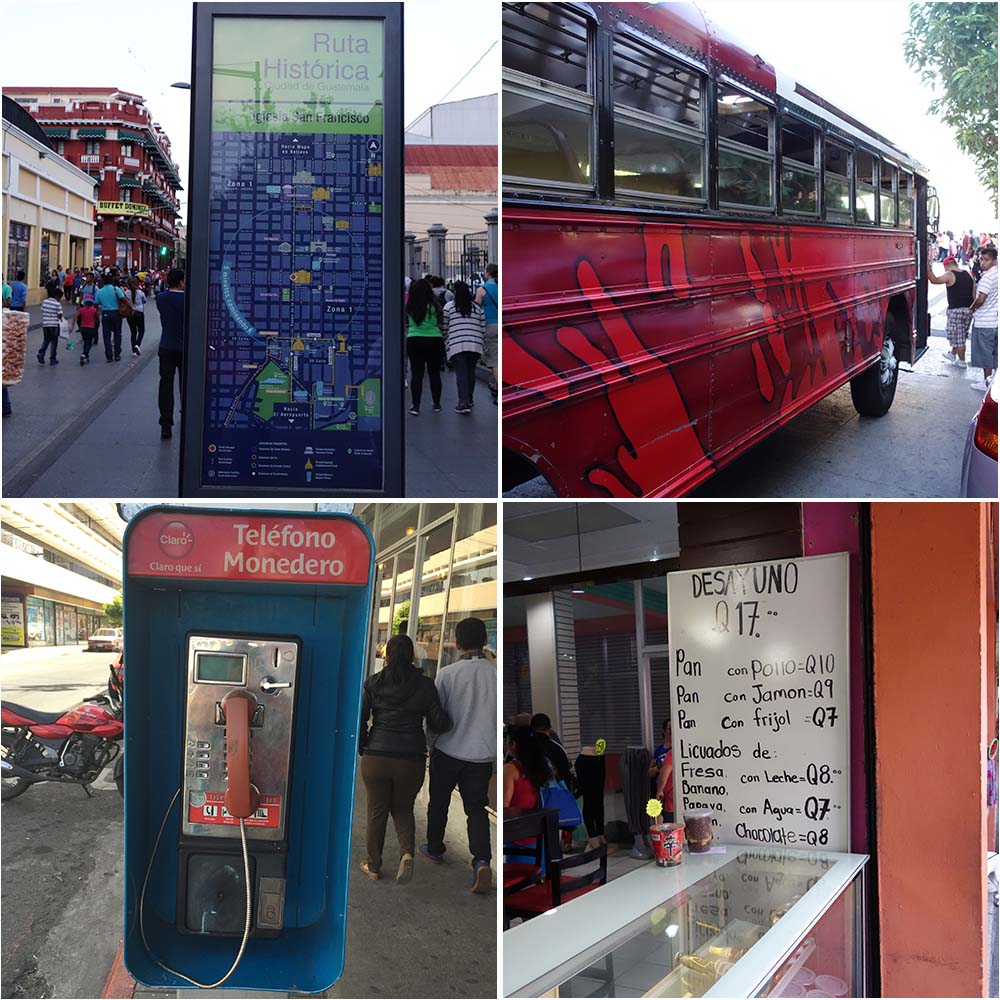 Paseo de la Sexta, the walking street where you can get cheap eats
Street Scenes – We stayed near the Historic Center.
Red Bus – nor recommended for tourist.
Bottom Left – ?????
Lots of cheap eats 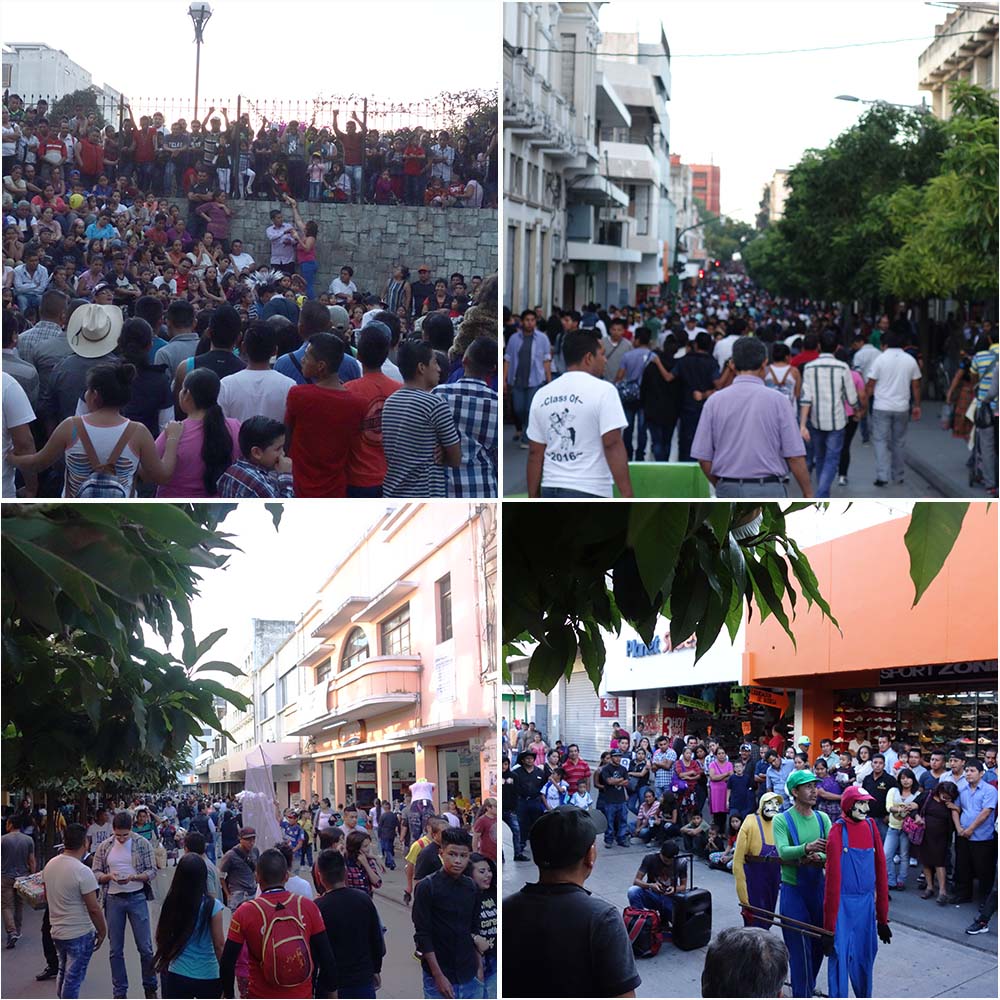 Avendia 6A or Paseo De La Sexta – Walking street with lots of shops and people. Who buys this stuff? 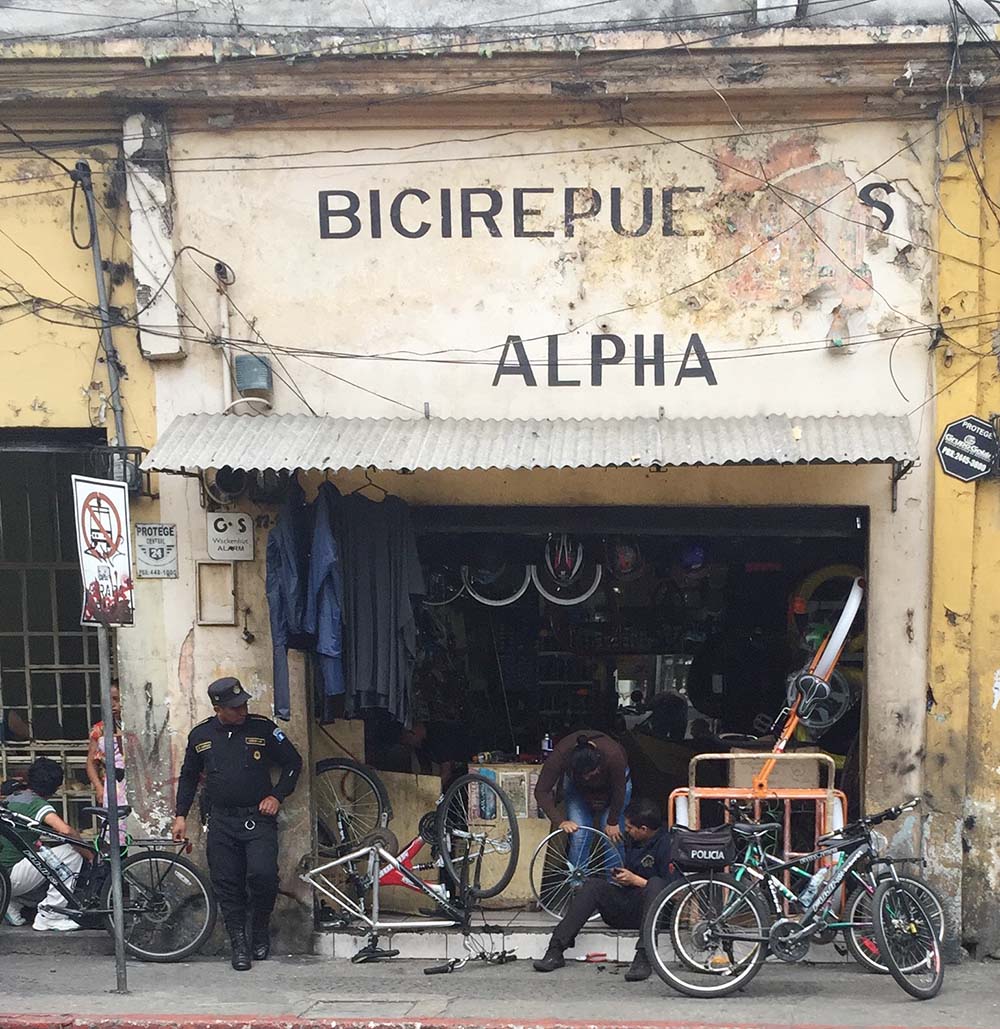 Bicycle Repair Shop. There were THREE security guards near here. There were uniformed armed ‘guards’ everywhere… made you feel safe. 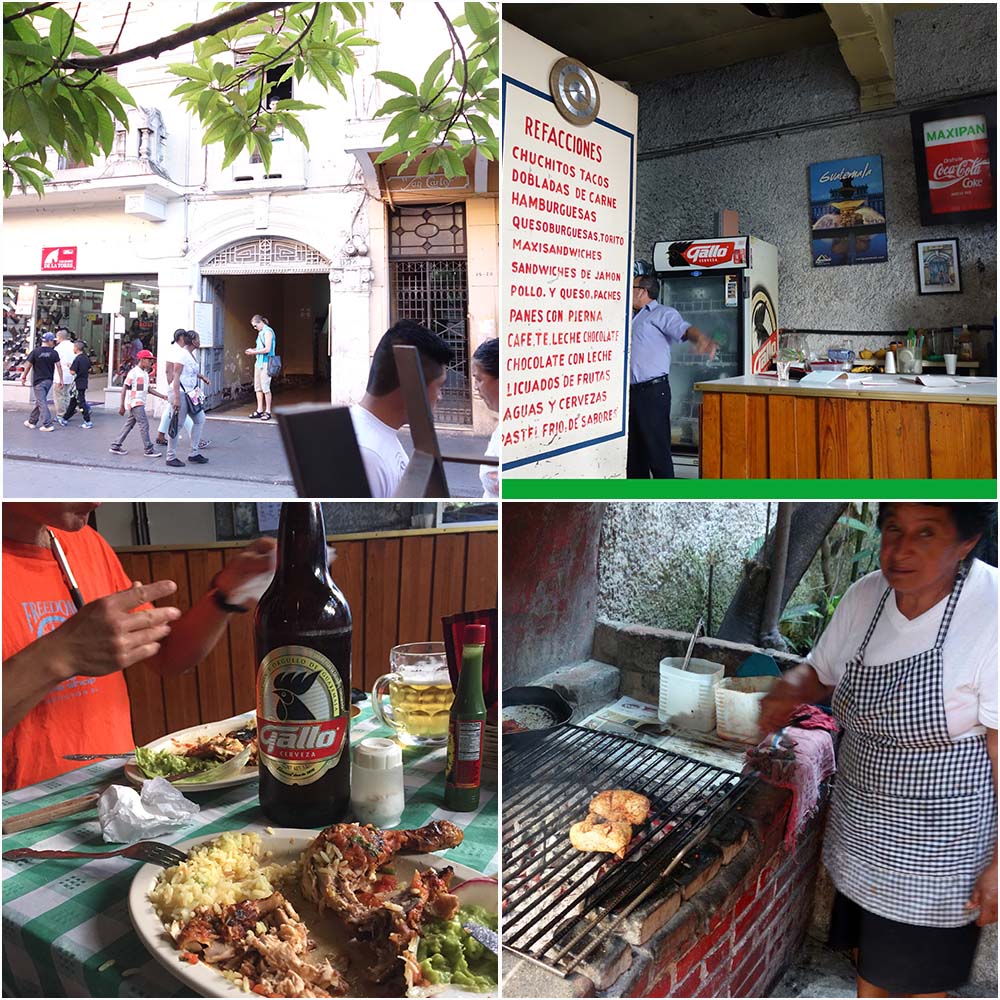 The first night we ate at Maxipan, Pollo ala Parilla. So cheap! There were cheaper and more expensive places. The more you paid, the nicer the bano was. Street food in particular is good and cheap 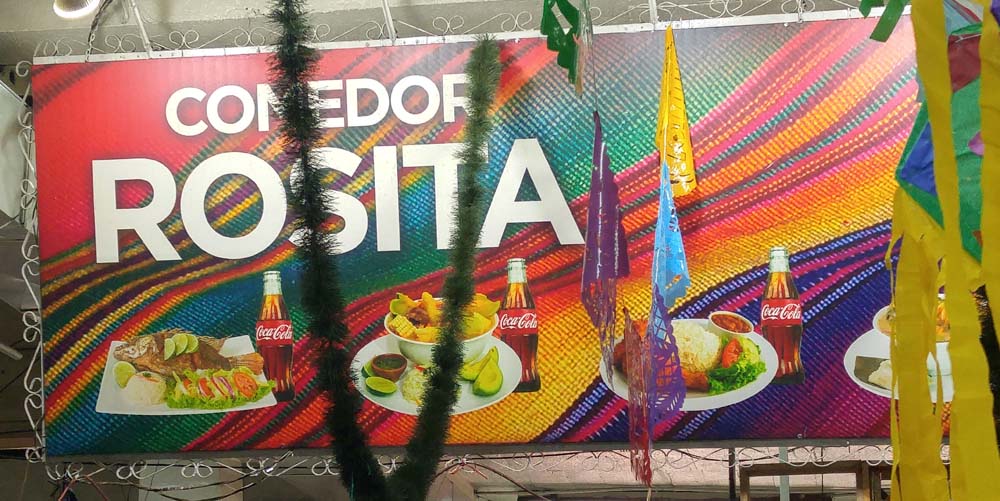 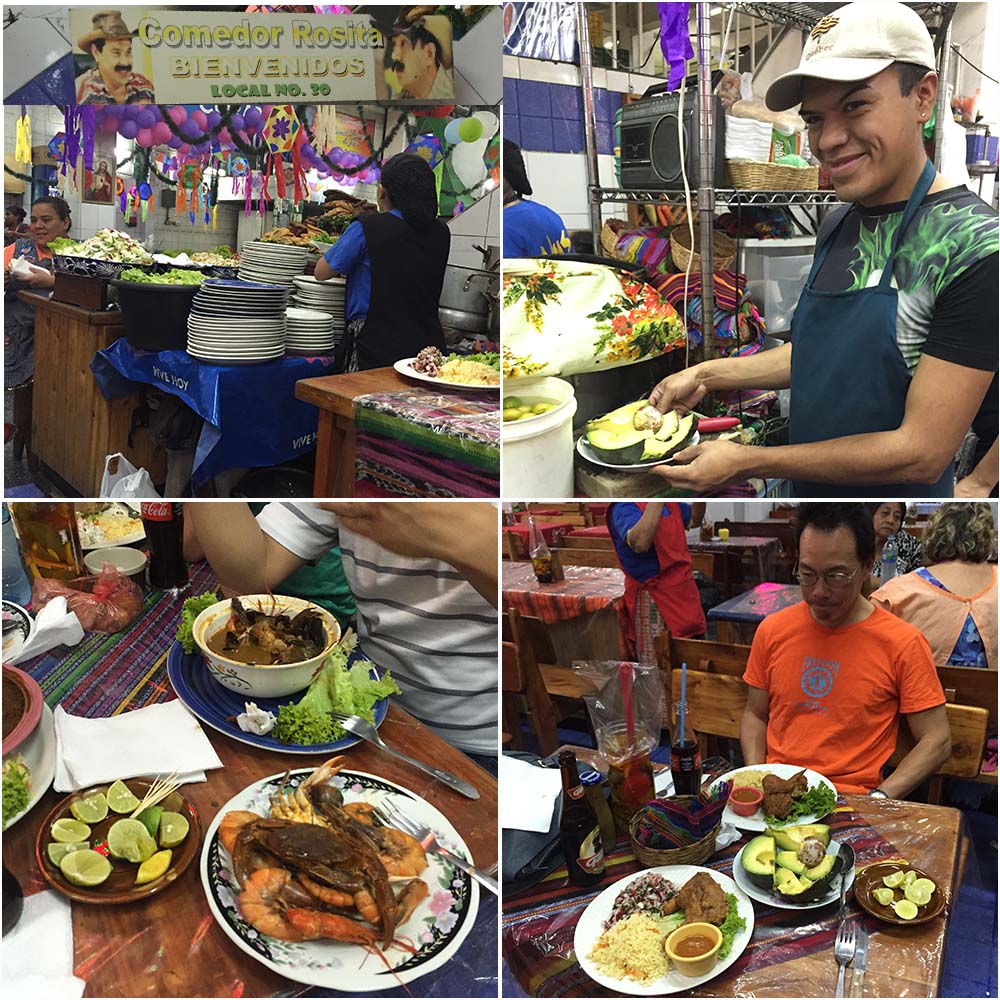 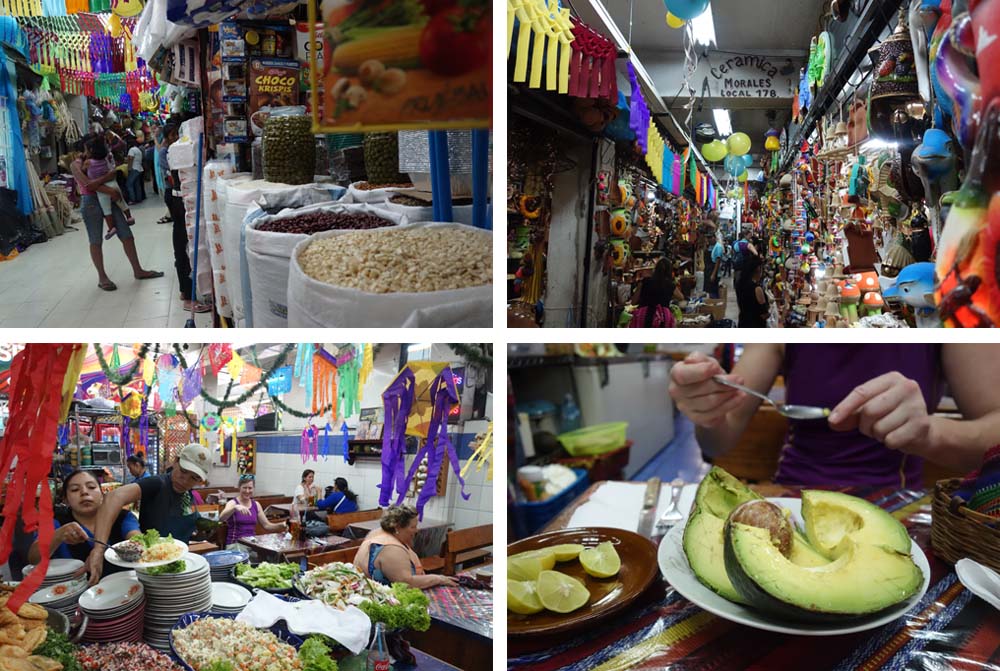 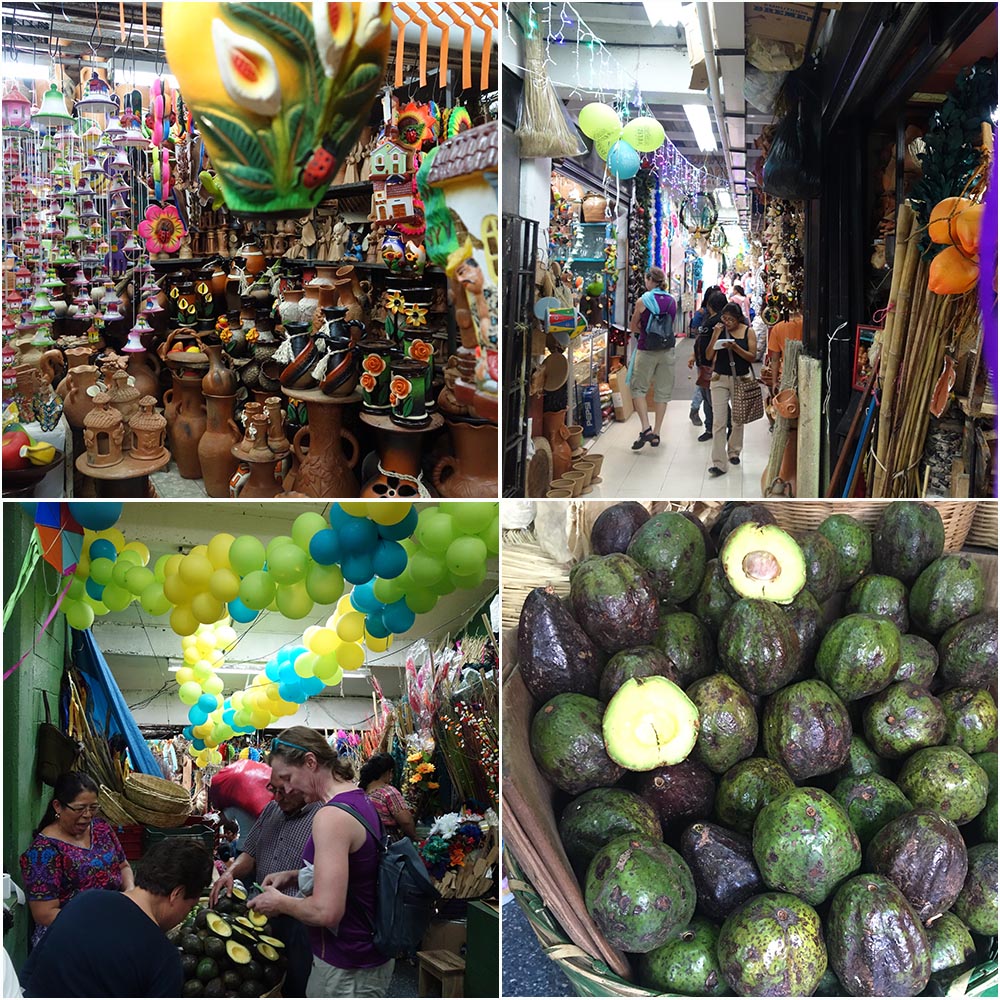 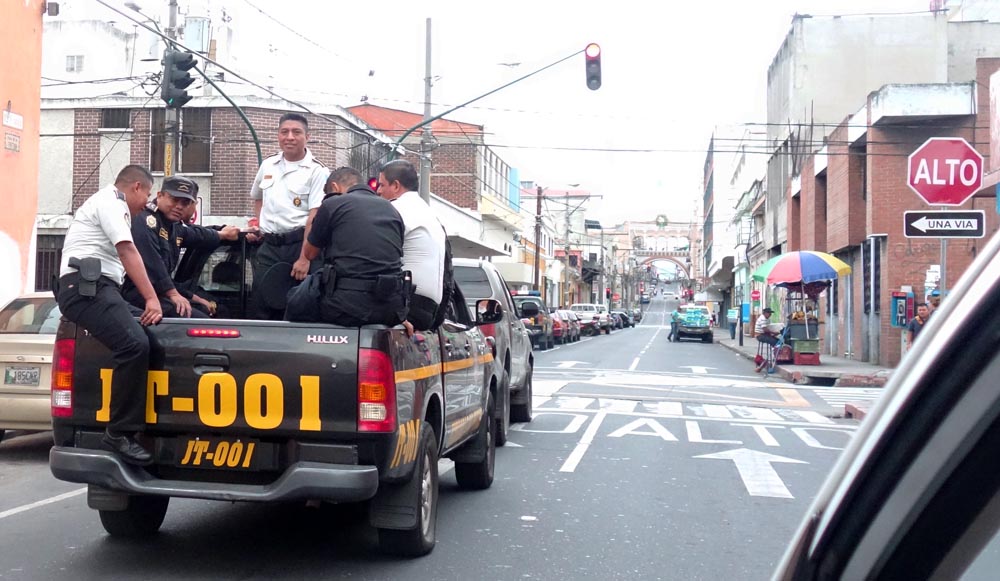 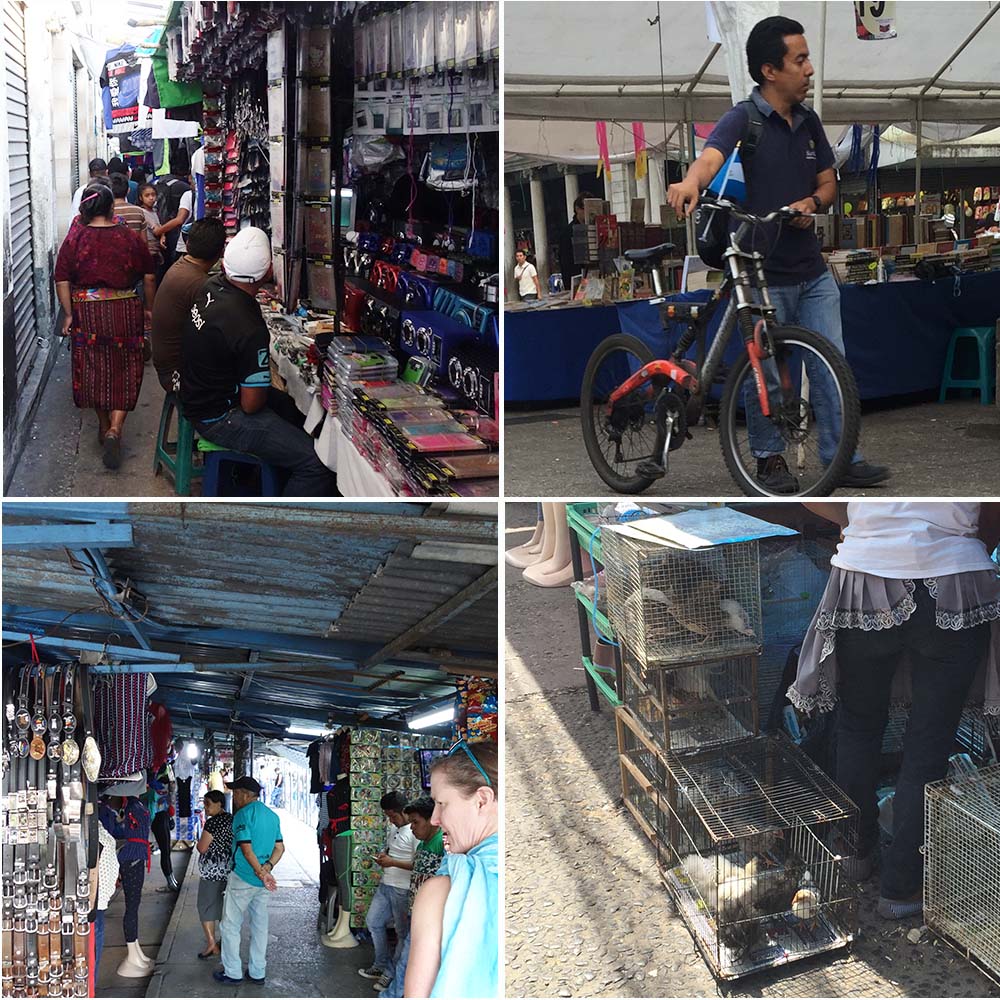 So much stuff to buy. Who buys this stuff? You can even buy Chickens! We also saw Hamsters for sale??? 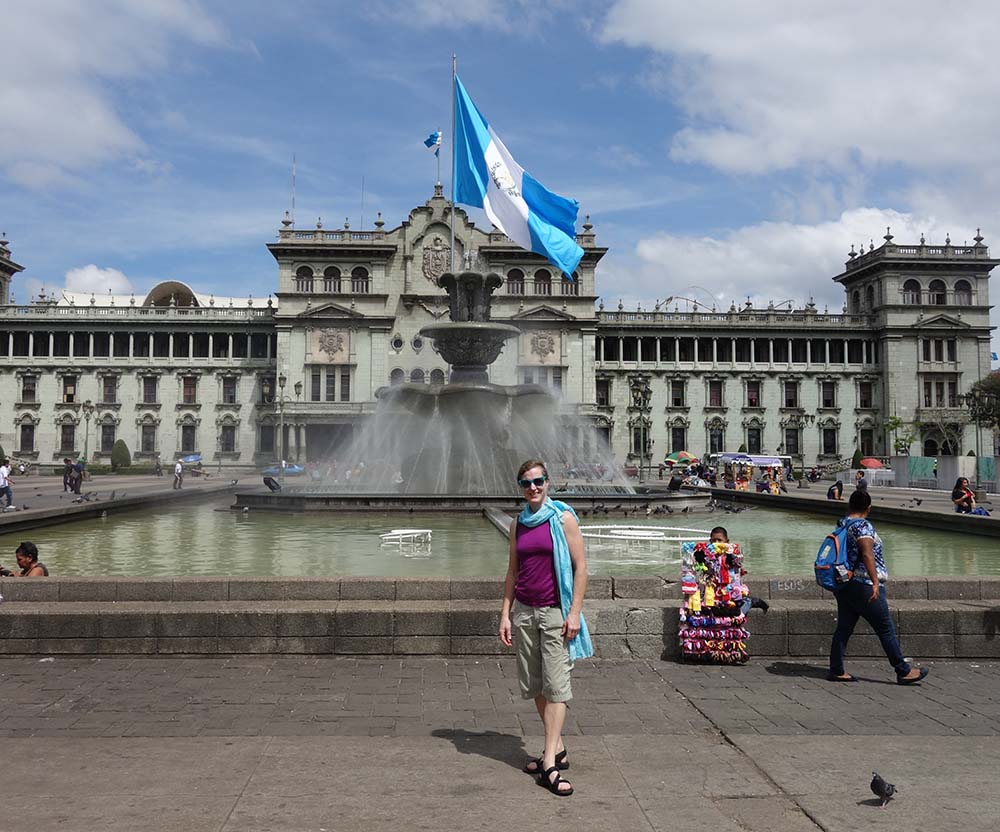 This entry was posted in 2016, guatemala and tagged guatemala, guatemala2016. Bookmark the permalink.