Five hours from door in Vancouver to the col of summit and icefields. Picked up in North Van at 5.30. Cerise parking lot at 8:45. Vantage-TwinOne Col at 10:45 (travel was astonishingly fast). GQ and I were headed up to the Azn Express of Twin One but as we traversed the S slopes to the base of our climb we could feel the wetness of the snowpack turning to schmoo in the April sun. This same slope is what we’d have to traverse to exit; clearly temps had already climbed to much and we were too late in the day so we hightailed back to the col. The NW turns off Vantage Col were boot-top pow which cured any lingering defeatist mood and we were back to the toe of the Anniversary Glacier by 11:30.

On the way to Vantage Col 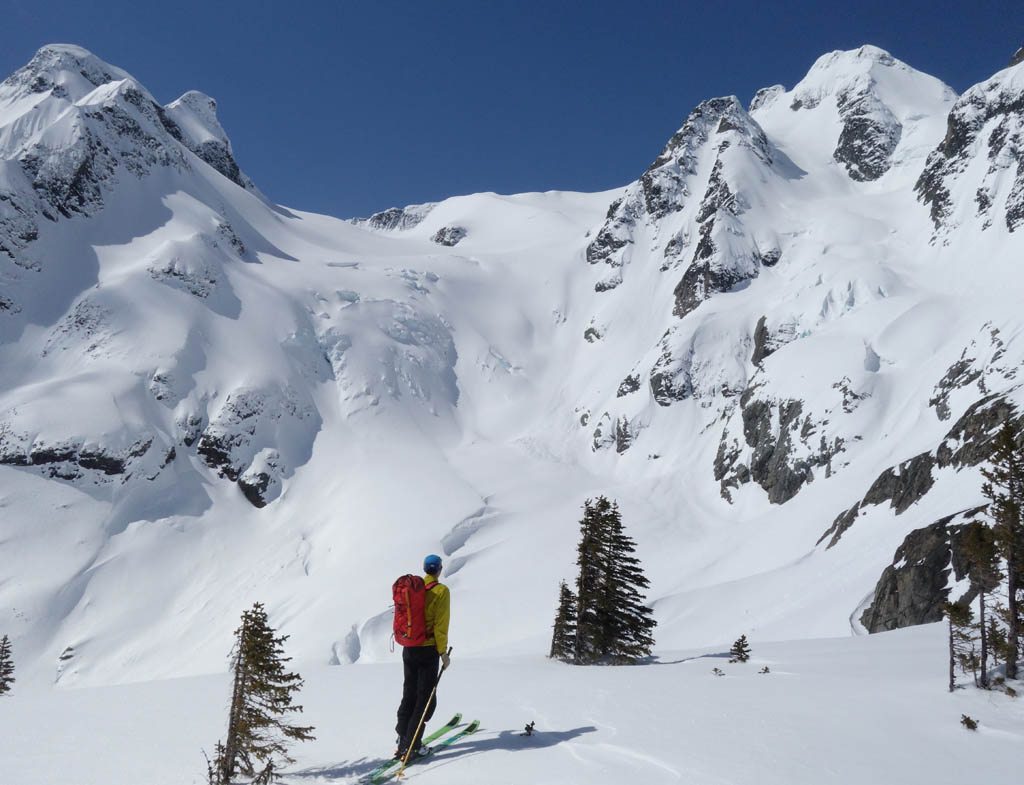 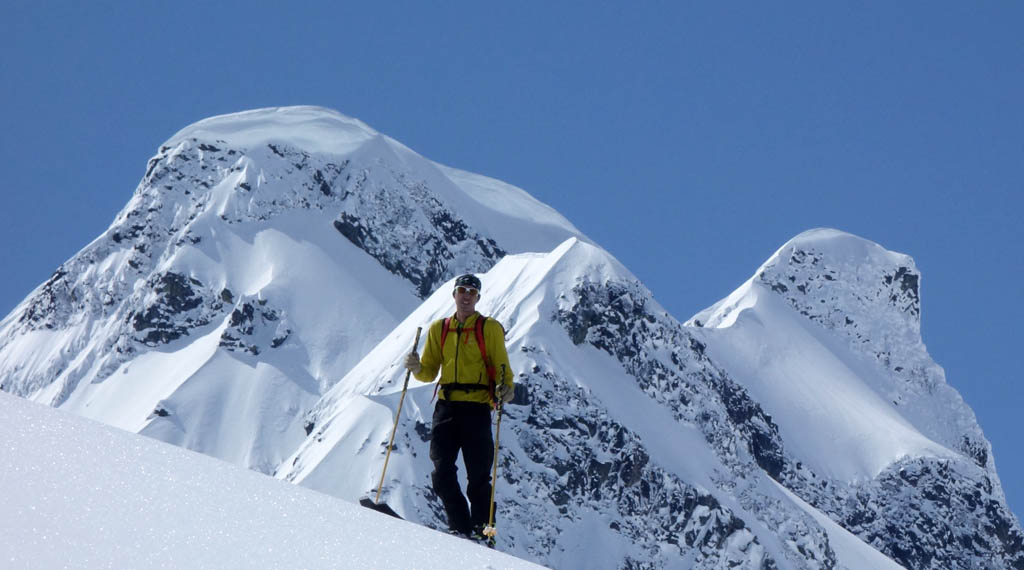 Down we go but first the blue steel look 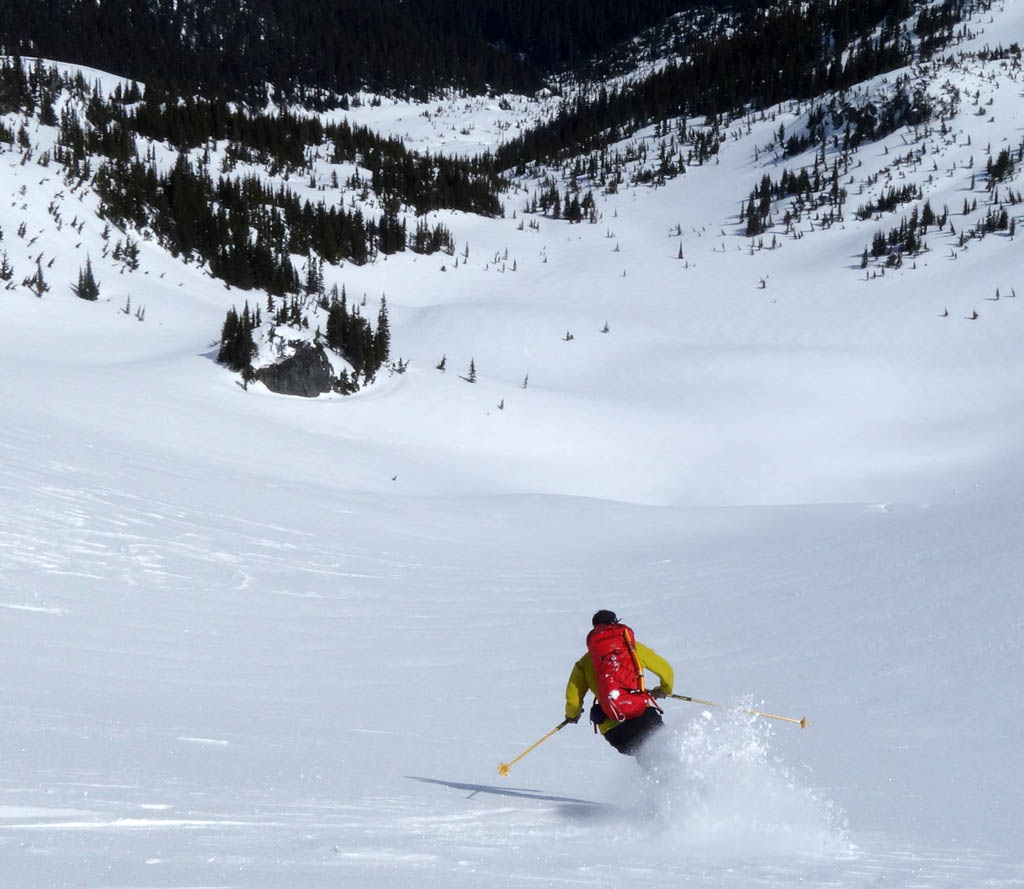 Nice turns off Vantage Col. These alone would have made our day 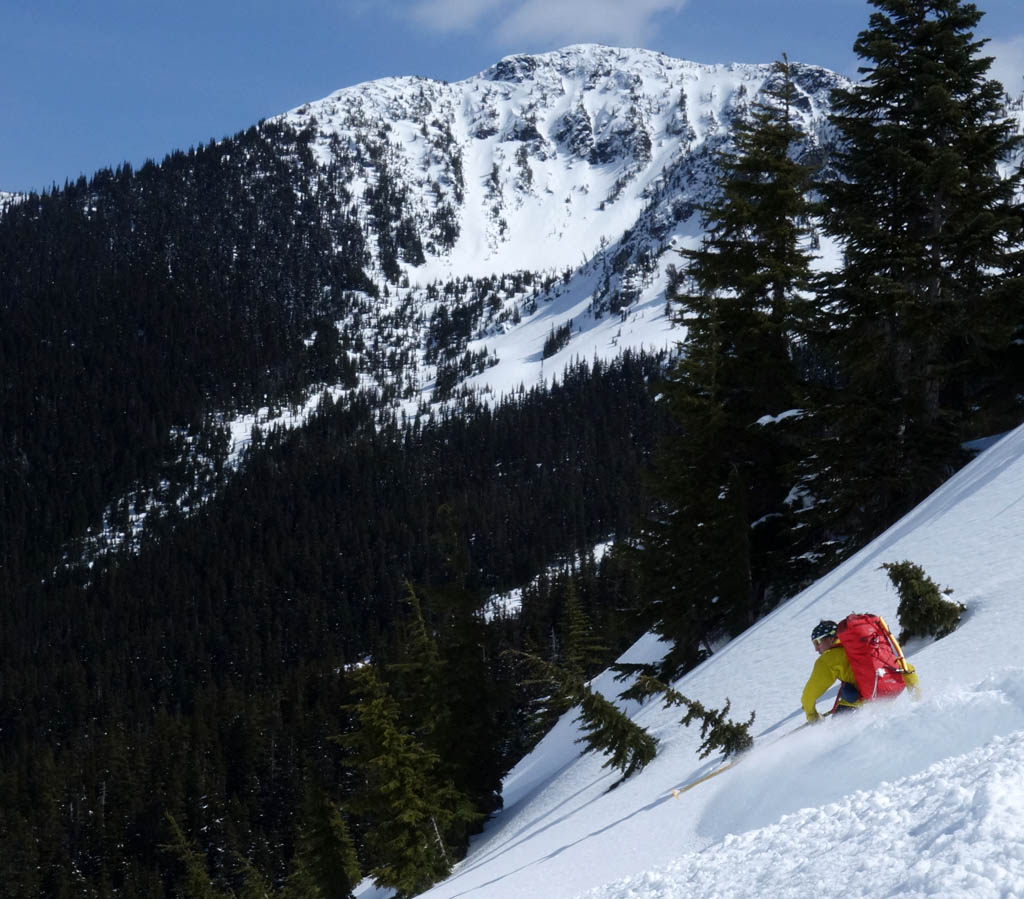 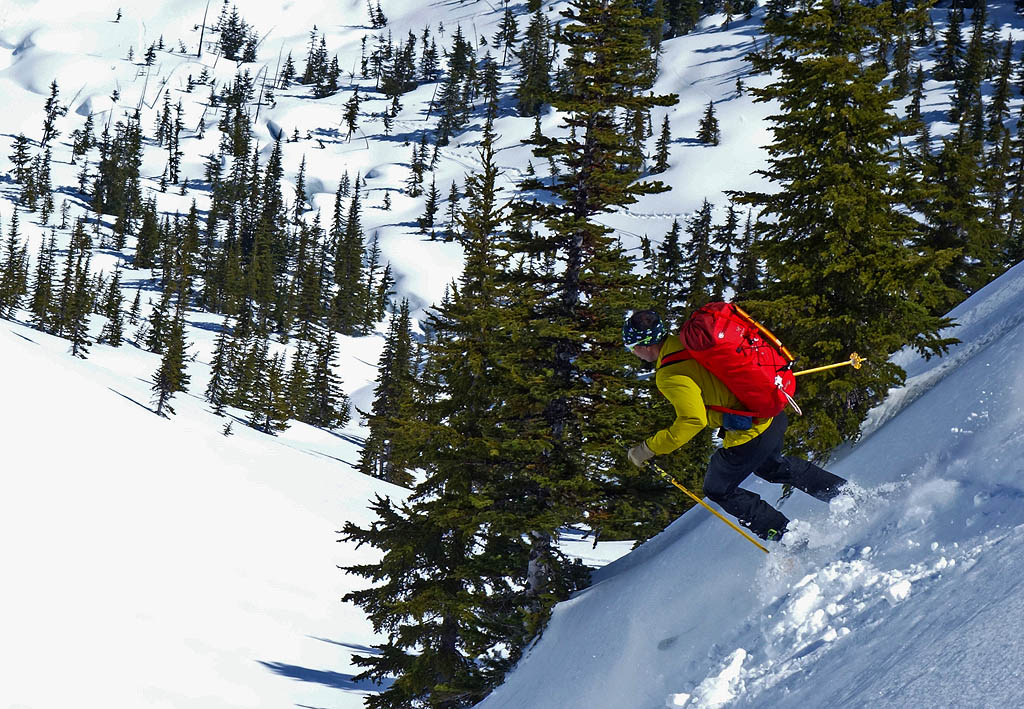 One alternative was to beeline down to the creek then skin up the N Joffre Glacier bypassing the triple couloirs and doing a glacierskip from 2400m down. But that would lose us another 150m and it was getting late. So up we went to about 2050 and down the trad NW slopes above Keith’s Hut and then out. Fantastic snow awaited us; diurnal cooling and radiation had sucked enough moisture out of the top snowpack so perfect boot top pow awaited us.

Wet slides started down the face of Joffre just as we cleared the slopes and beelined out. Back to the parking lot by 2.30 and chomping on a Mile One burger by 3:10. Very civilized 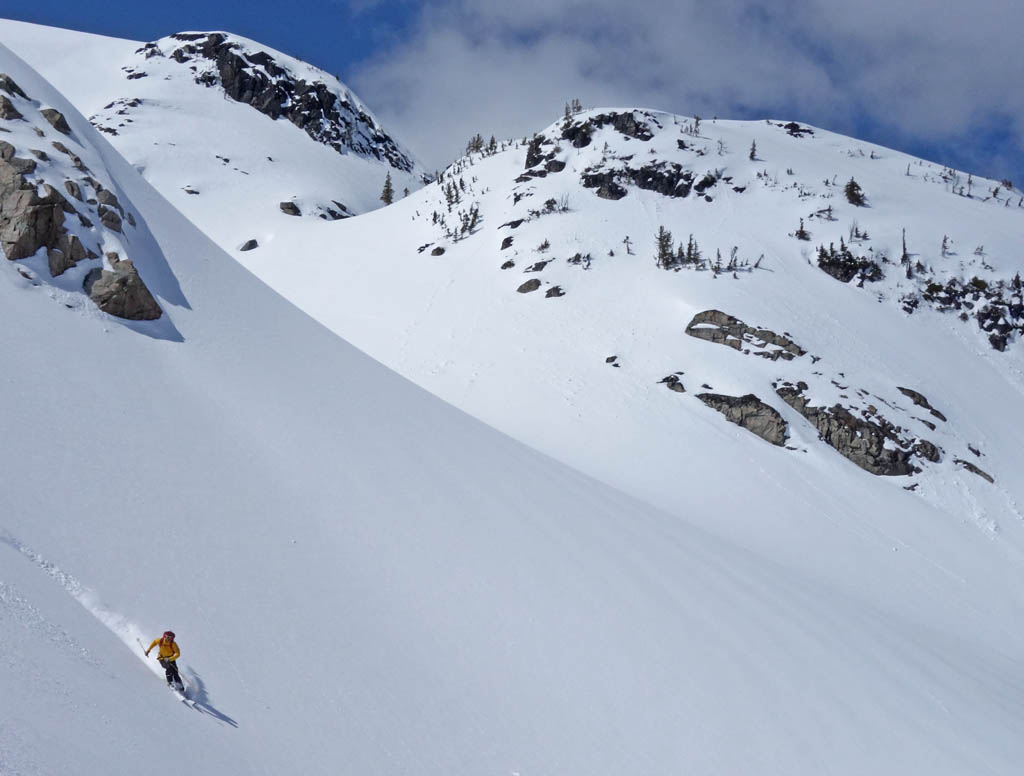 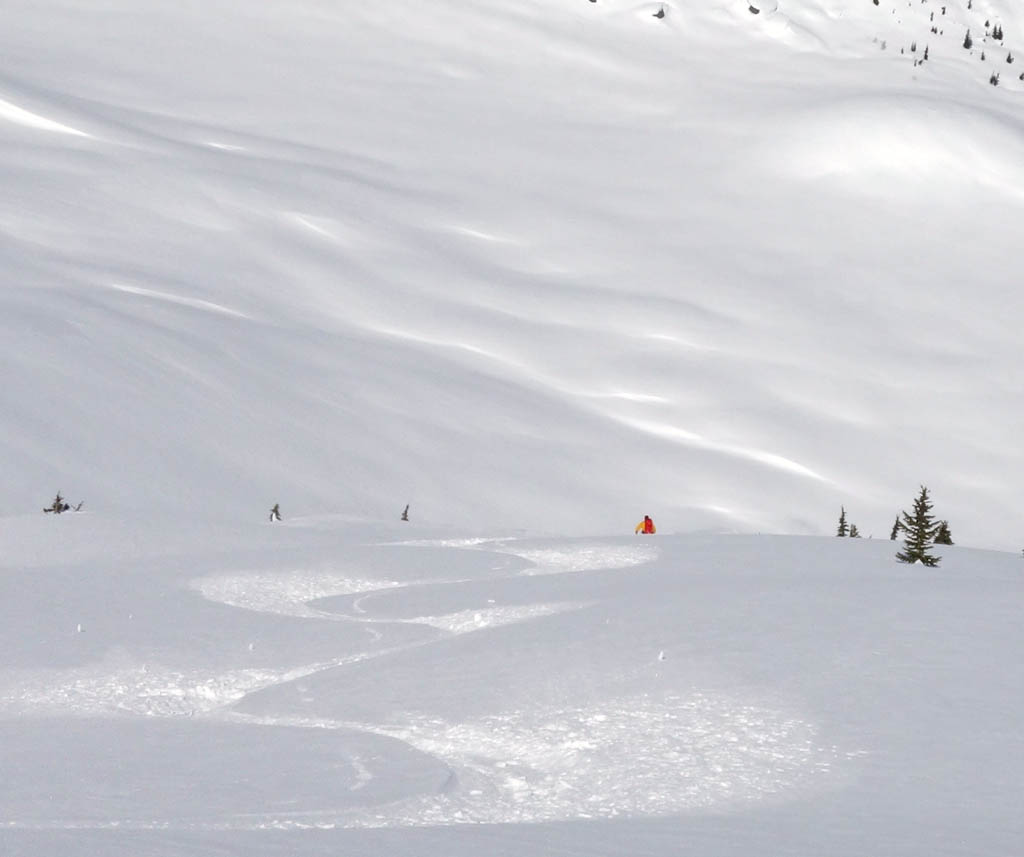 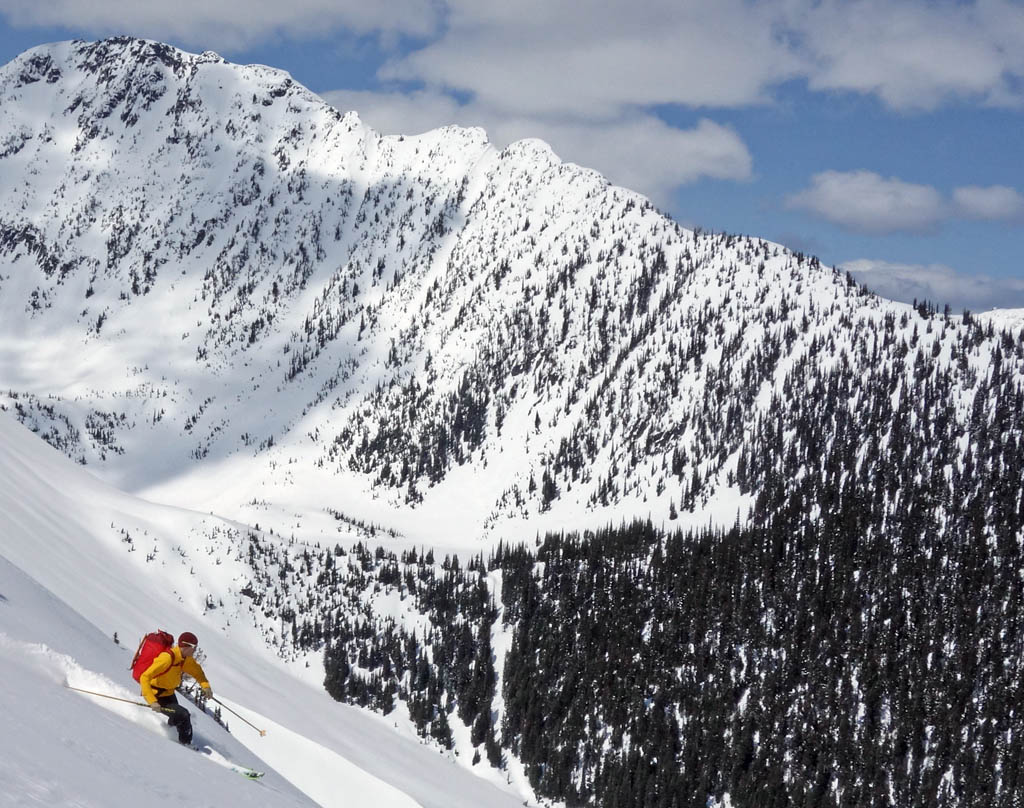 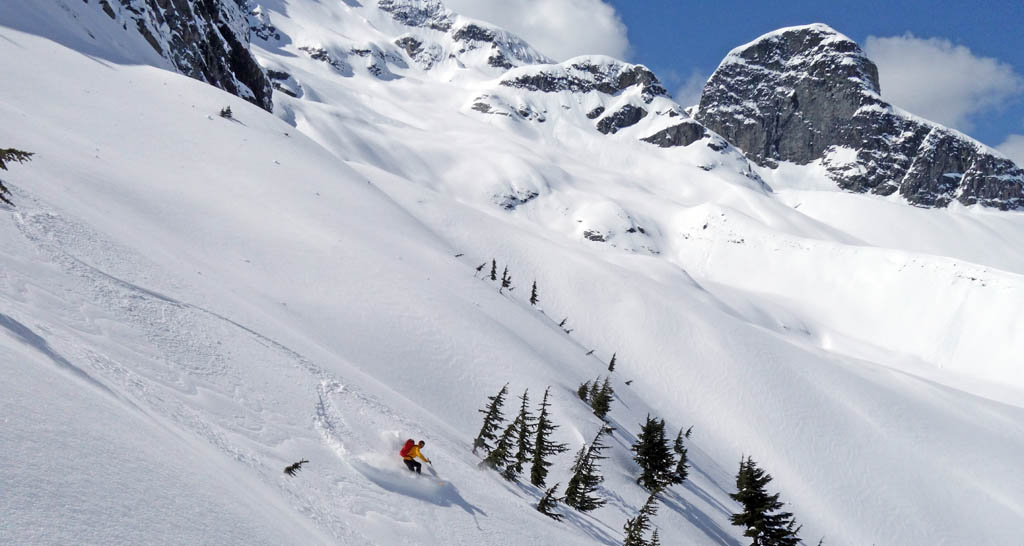 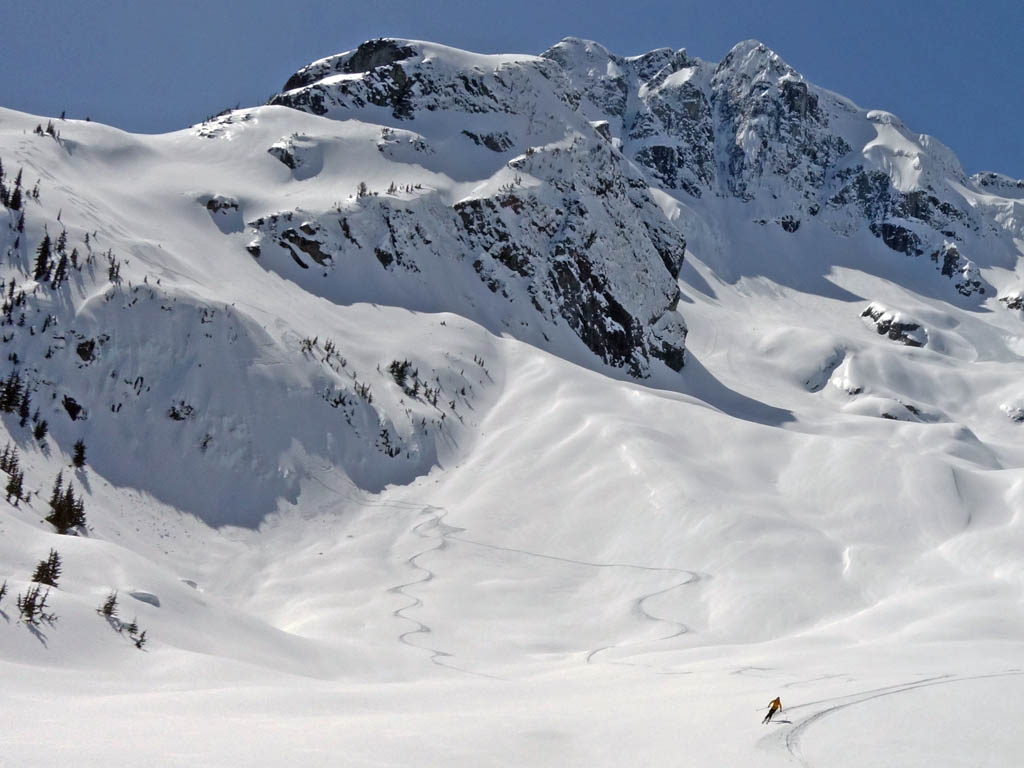