It’s 4:20am May 25th. My effing cell phone alarm clock apparently doesn’t work and I bolt upright as Sharon kicks me out of bed “Shouldn’t you be meeting someone right now”. I should be. Vince Shuley’s text burns on the screen “Where are you now”. Address is texted back; 5 minutes later he’s there and I’m dressed and bleary-eyed on the way to the Duffey to scratch a high-alpine pitch.

1200m elevation to 2783m takes a bit of time so we had nice moments wandering through broken up patches of snow, lateral moraine, plodding up the Anniversary Glacier and cramponing up rime and sastrugi. We moved at mellow ramble speed; trailhead 6ish, Anniversary Col 11ish; Matier at 12:30 or so. Clouds and wind (oh what wind which had been blowing at mach looney speeds in the morning) backed off and sun became the dominant feature. Basically we had timed the ski down perfectly and the turns were magnificently satisfying. By the bottom as we rocketed off the slope on to the Matier Glacier the snow was already sticky in the intense heat so we bagged the plan to enchain Slalok.

Skied out via the Matier Glacier, slaloming convincingly large serac falls that had plowed deep furrows into snow and wet slide releases that moved soooo slow. The Third Joffre Lake looked marginal so I became the sacrificial plumb line skiing pretty much right across it. The Second Joffre Lake looked even less confidence-inspiring with Dan and I basically water-skiing most of it while trying to think light thoughts. We hiked around the First Joffre Lake and out to finish up at around 4.30 – stinky but dry. 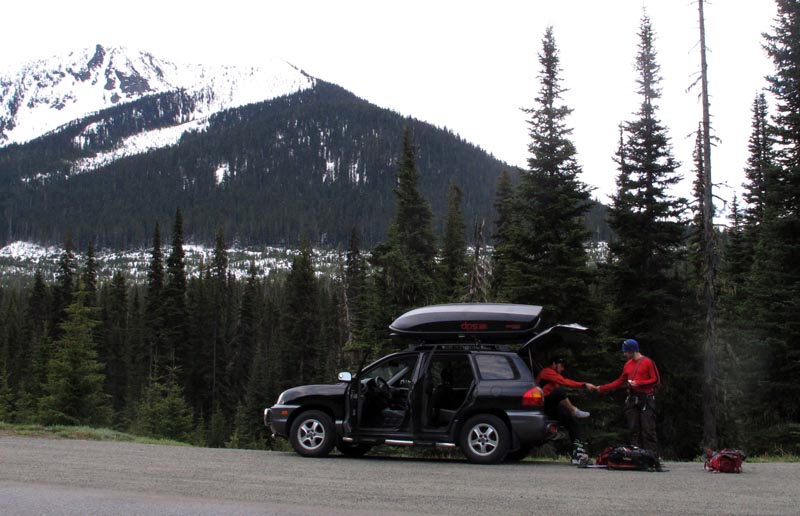 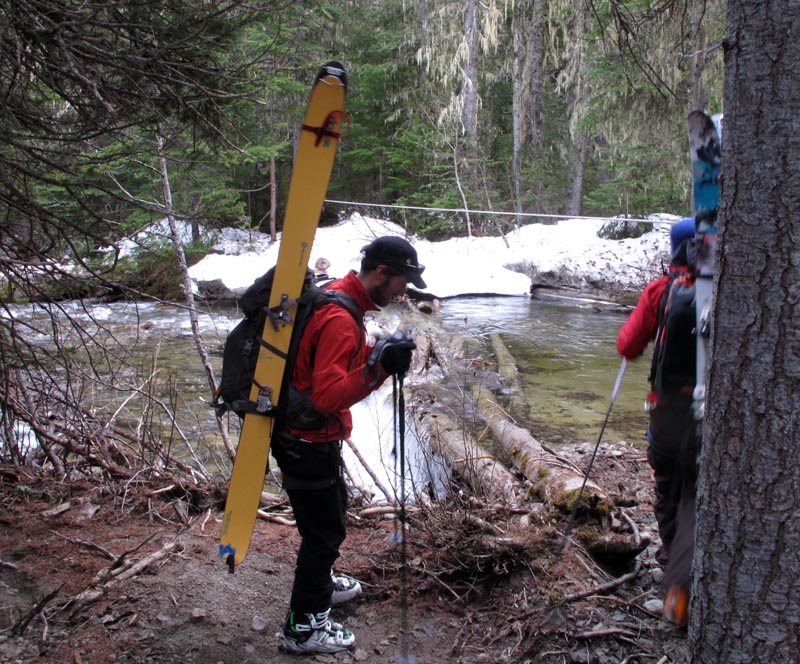 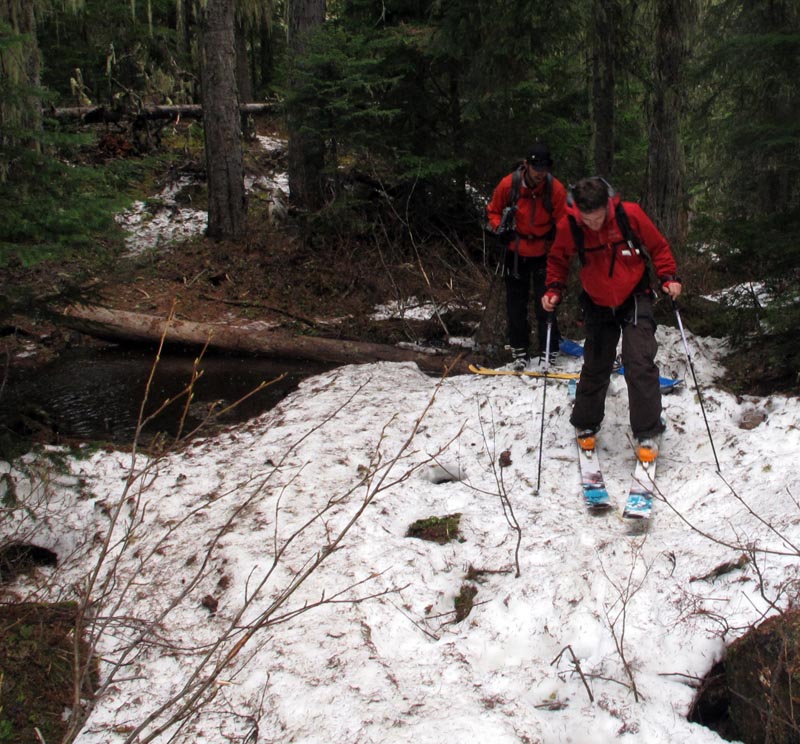 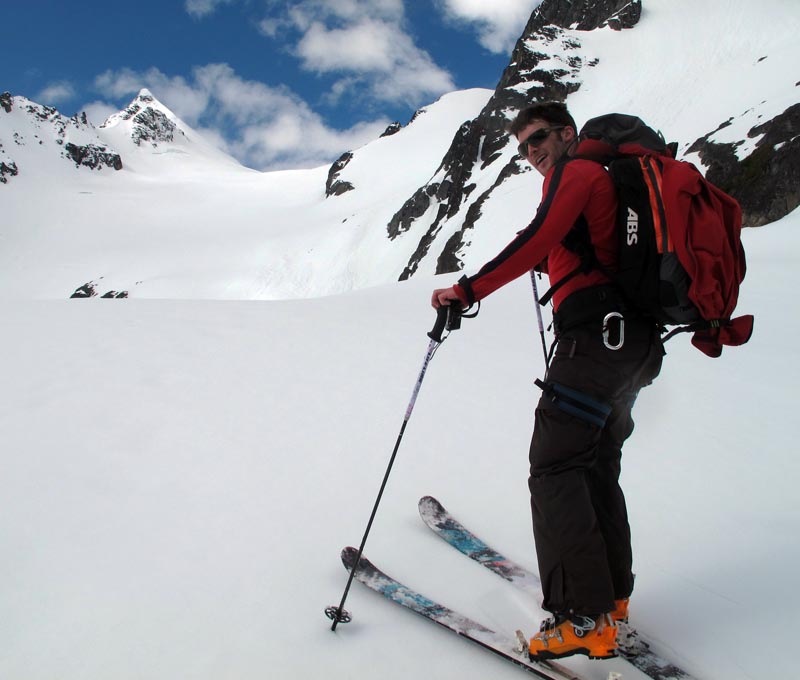 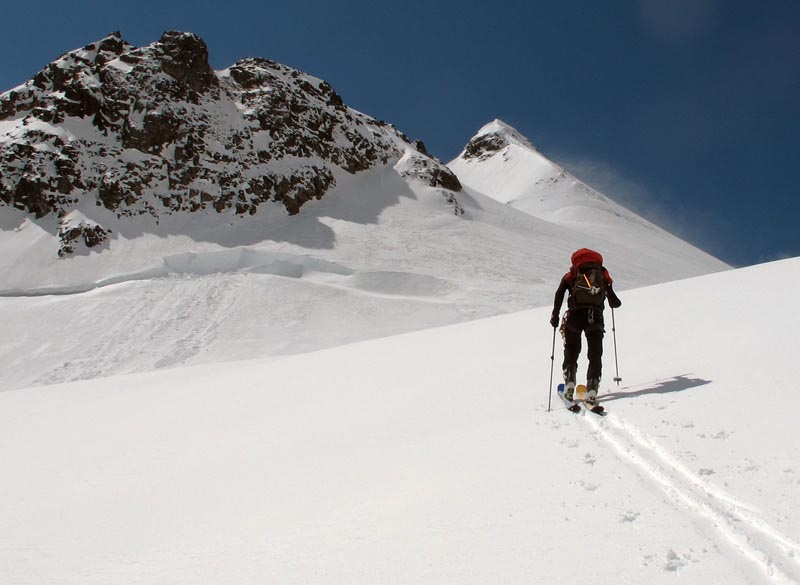 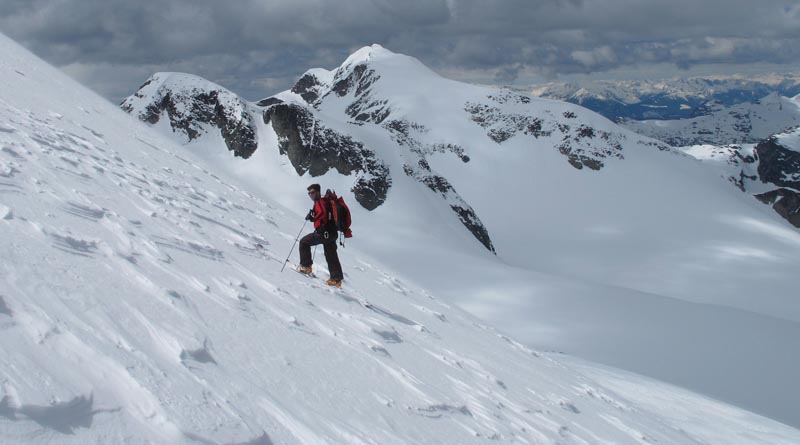 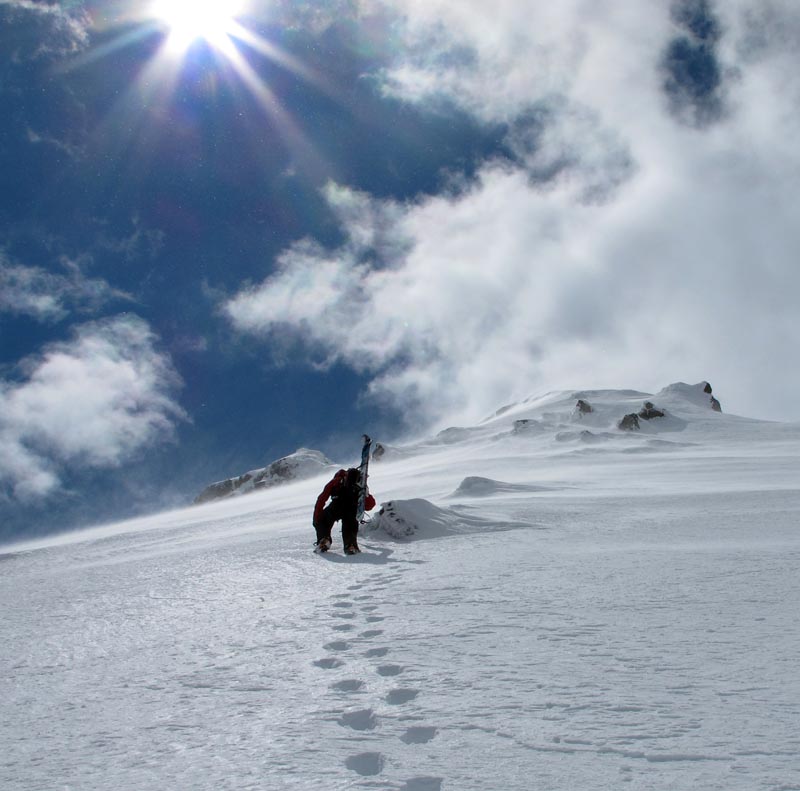 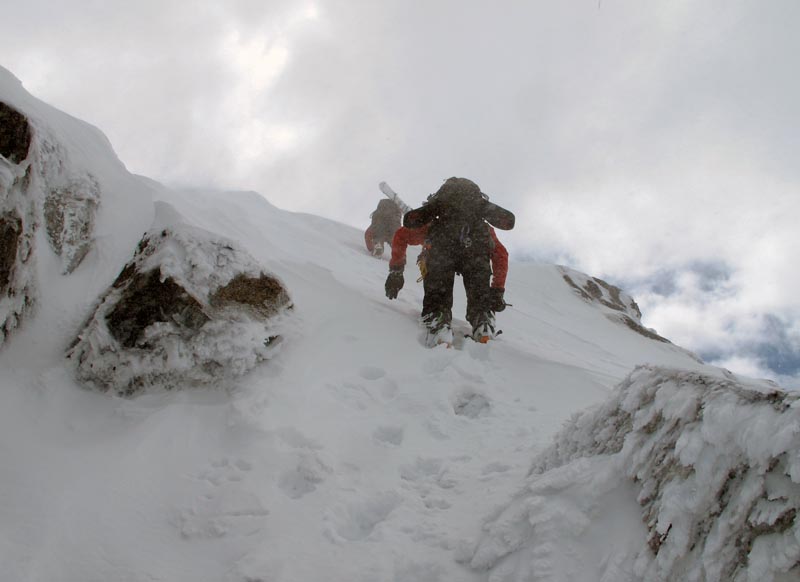 Spindrift and wind was blowing in something fierce 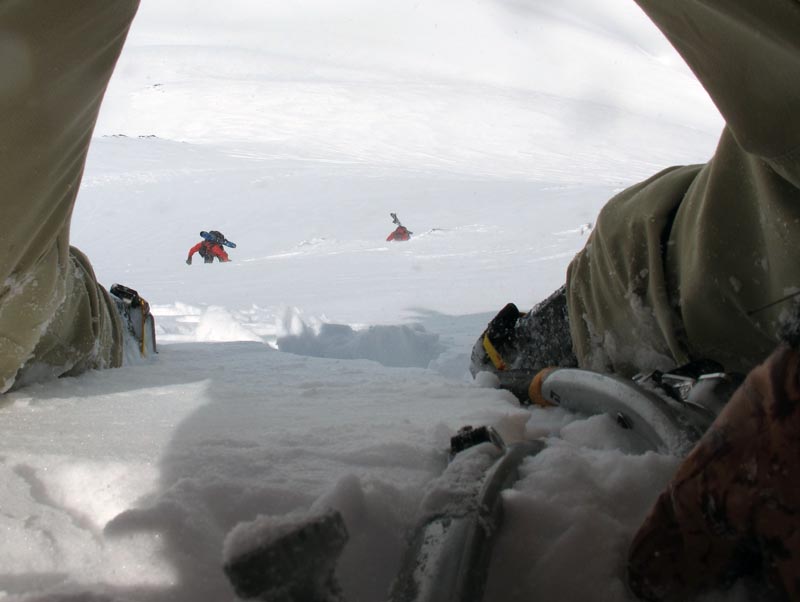 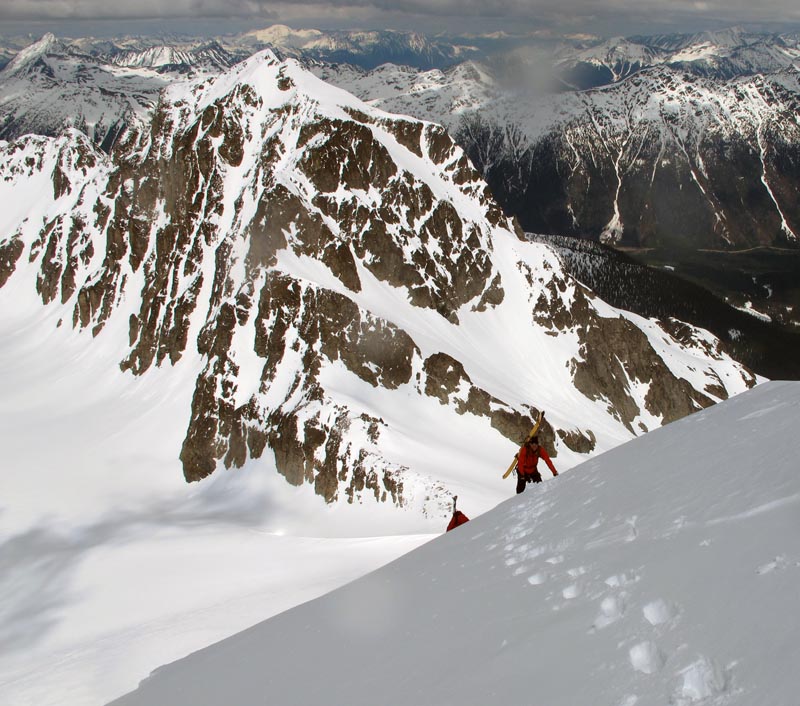 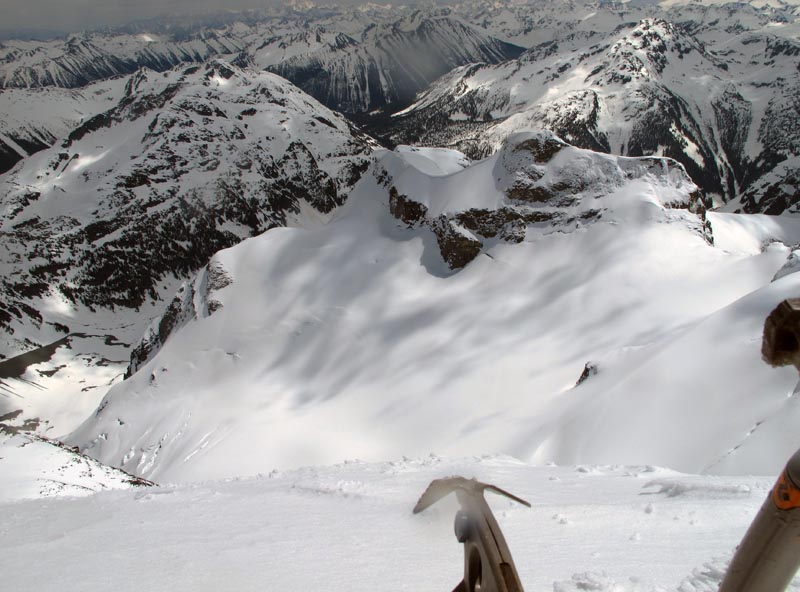 Twin One, Duke and Howard view 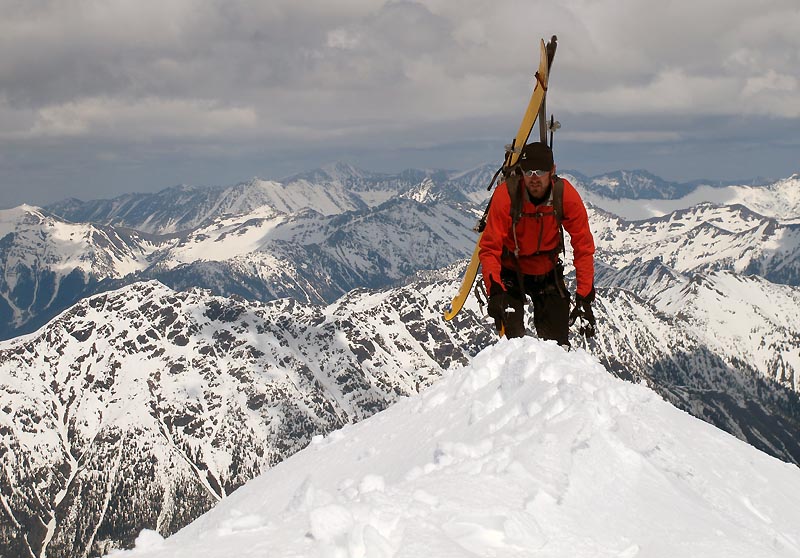 Finally Vince gets his summit 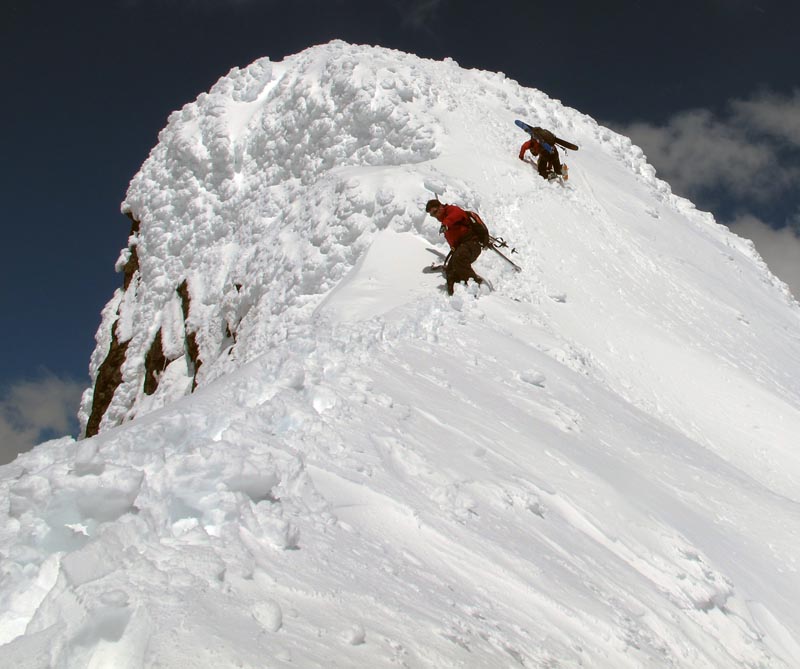 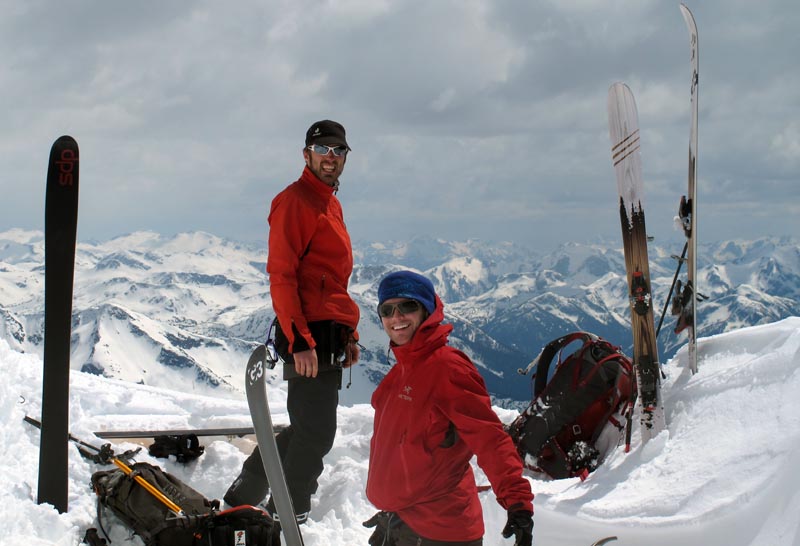 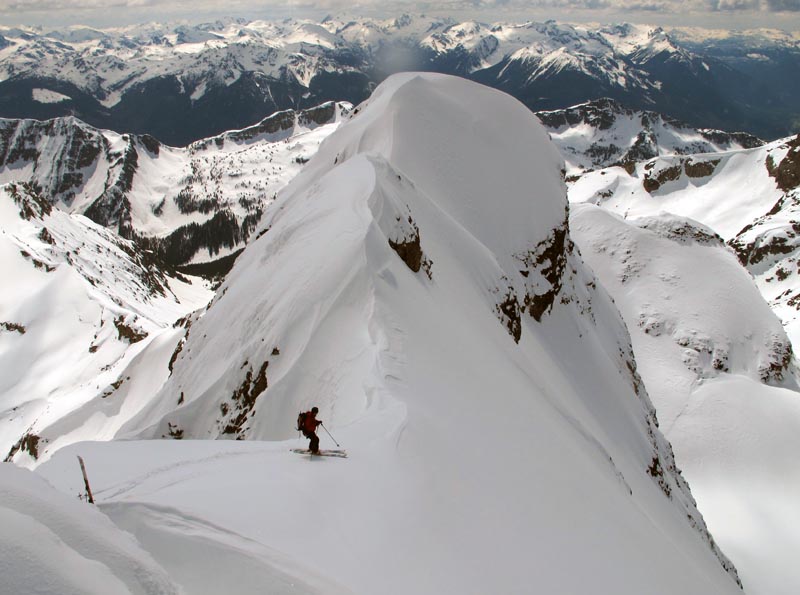 Dan settng up to ski 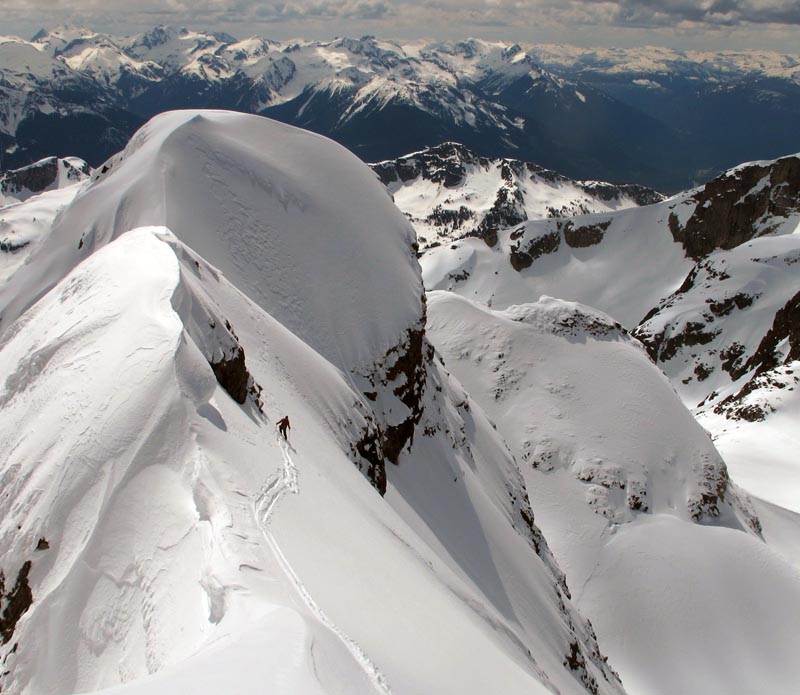 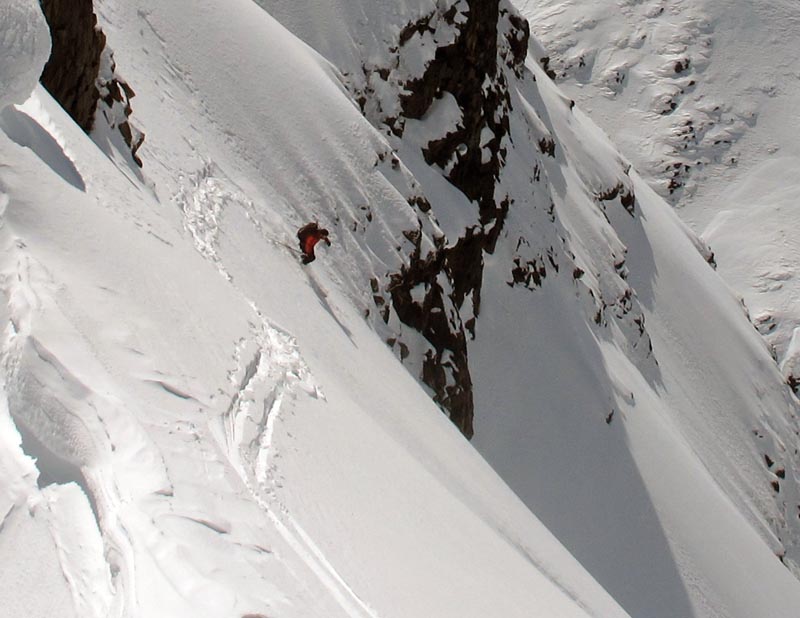 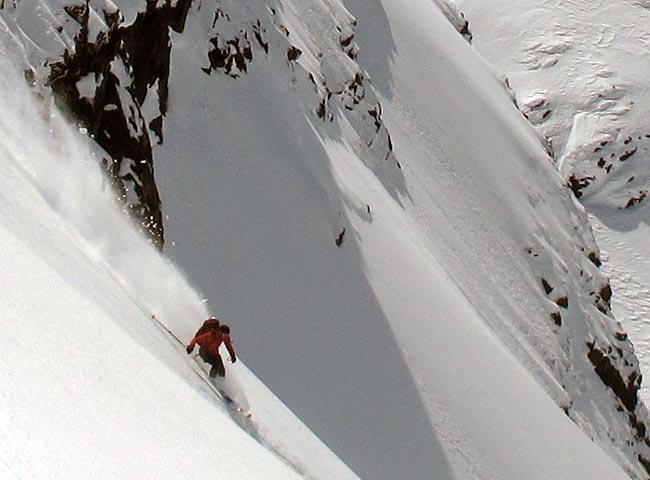 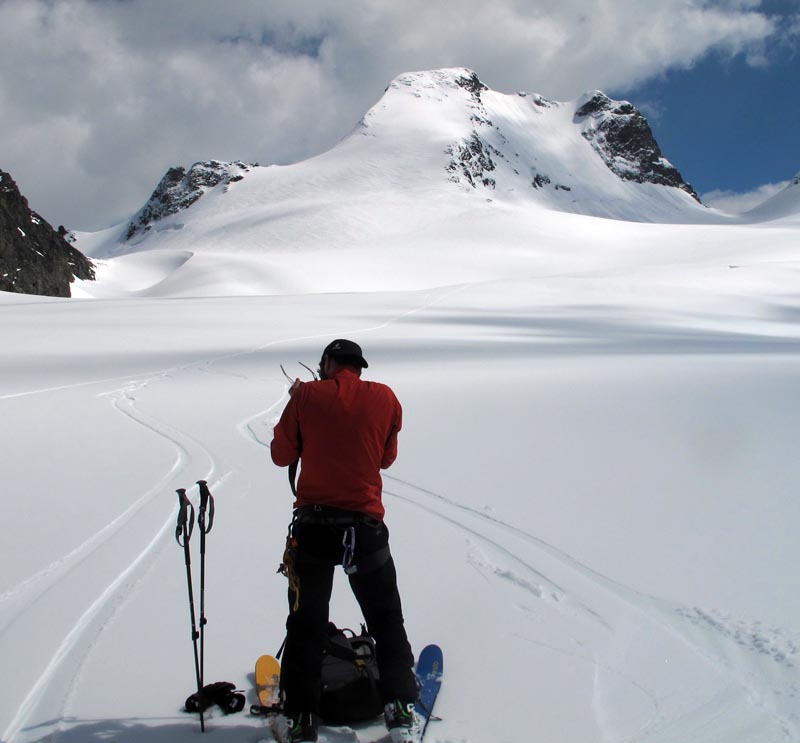 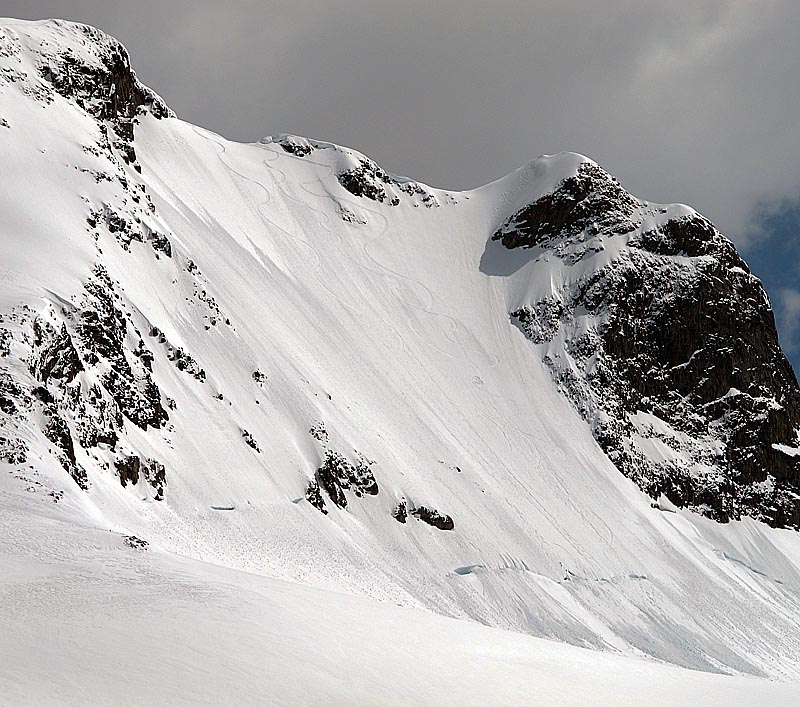 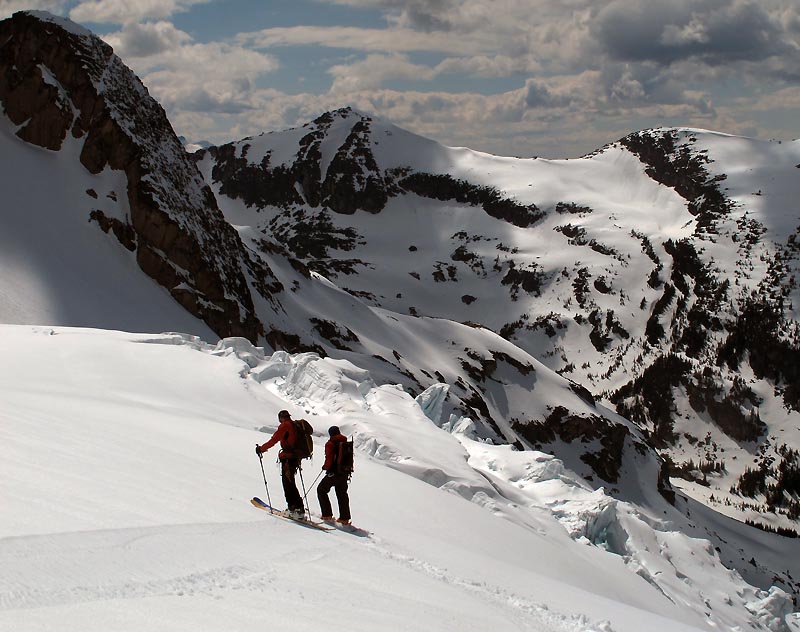 Serac slalom via the Matier Glacier 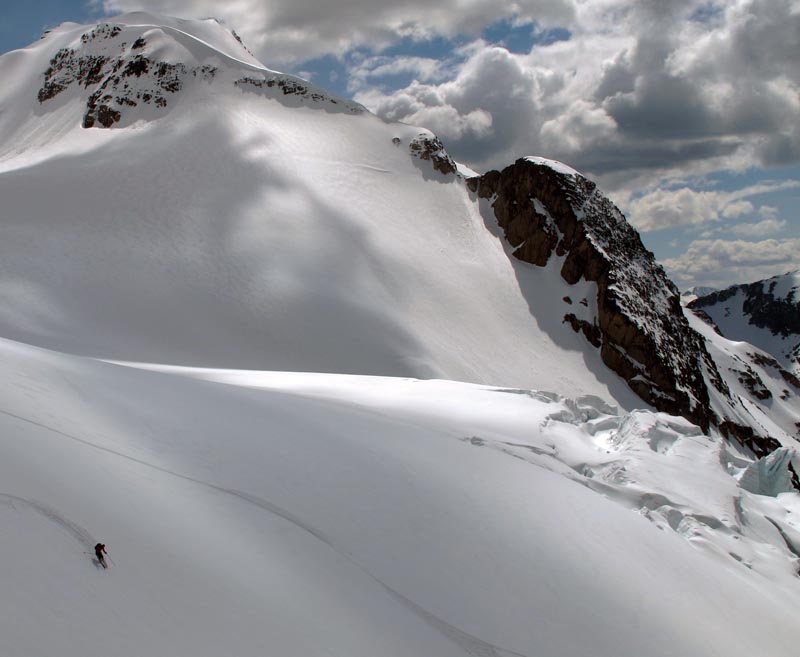 Vince on the Matier Glacier 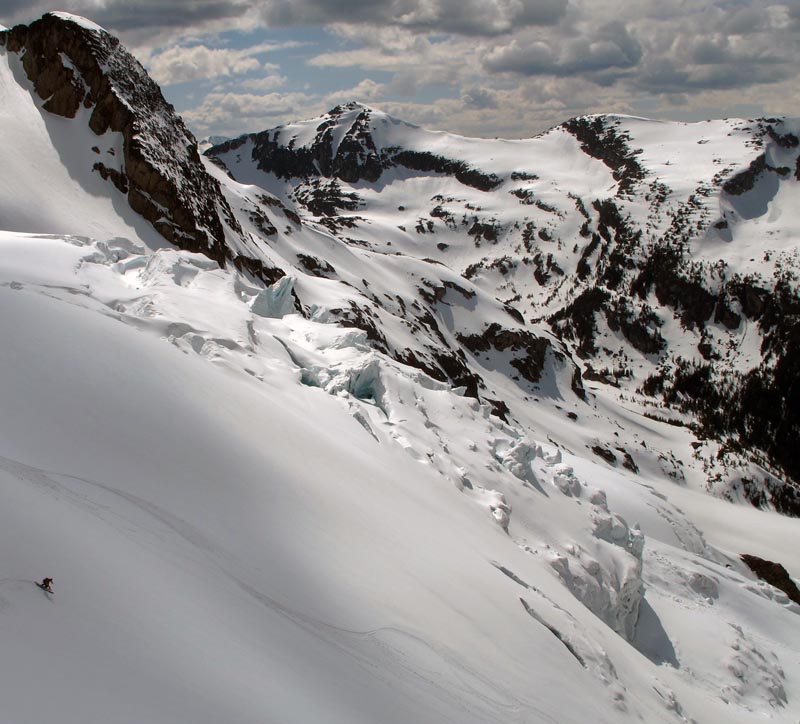 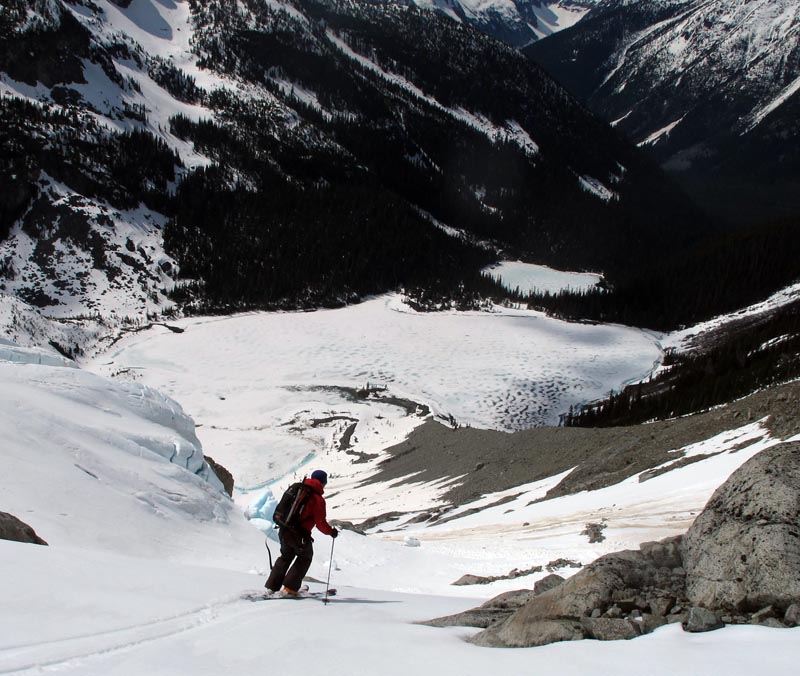 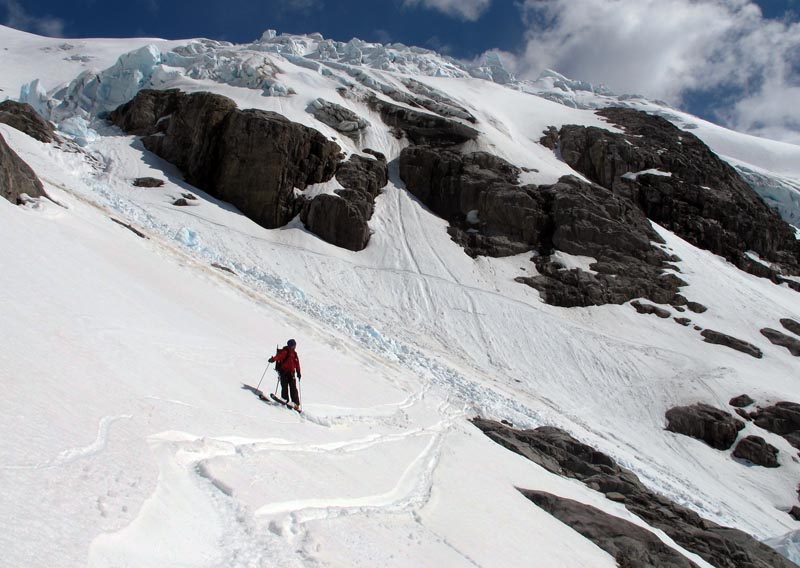 Another small moment on the Duffey 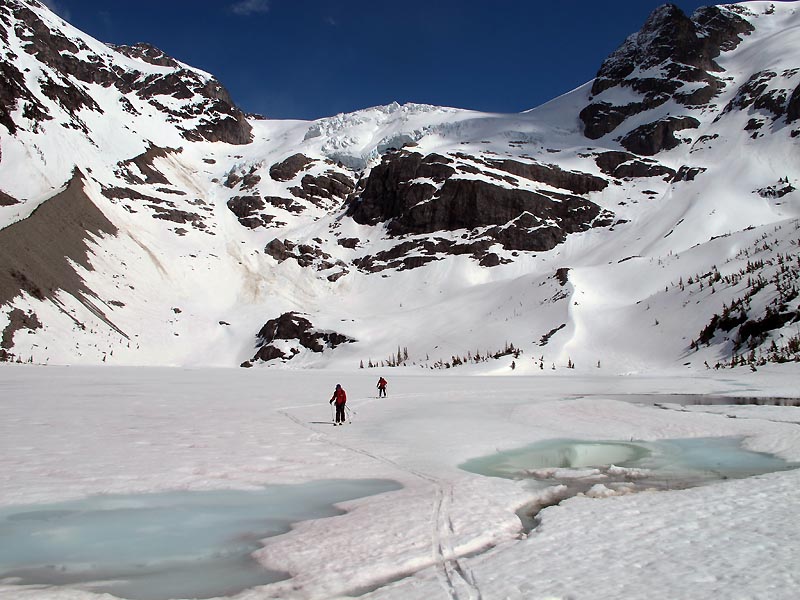 On the Third Joffre Lake 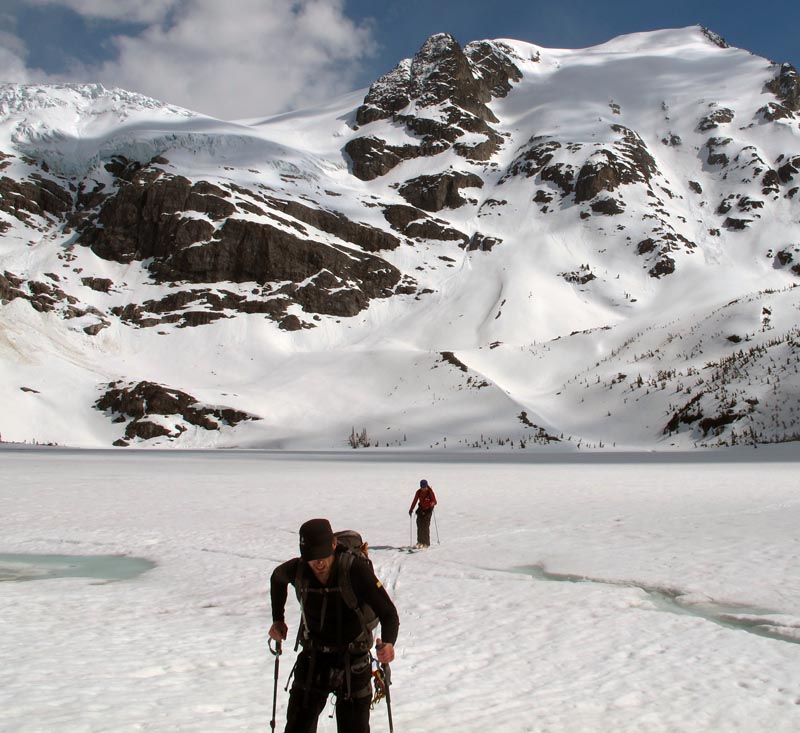 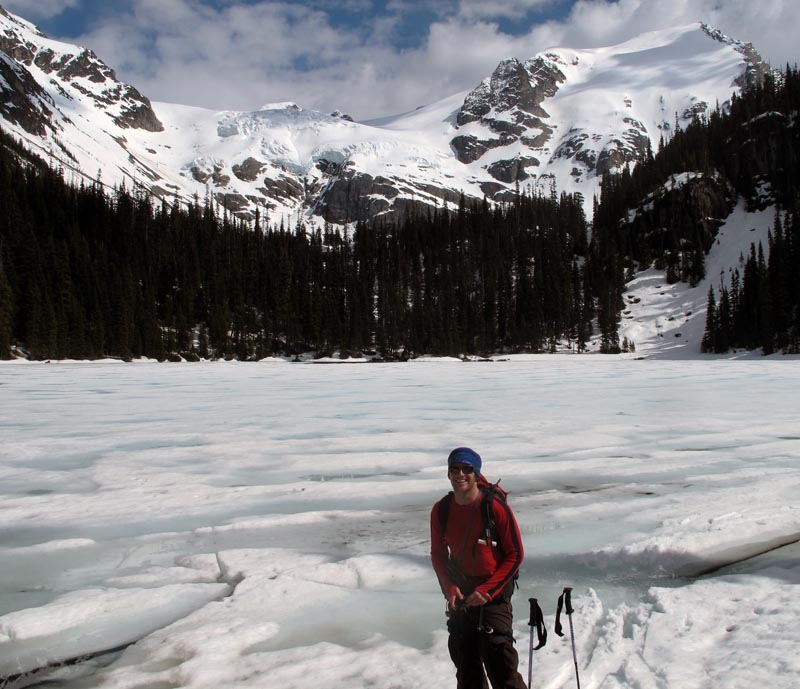 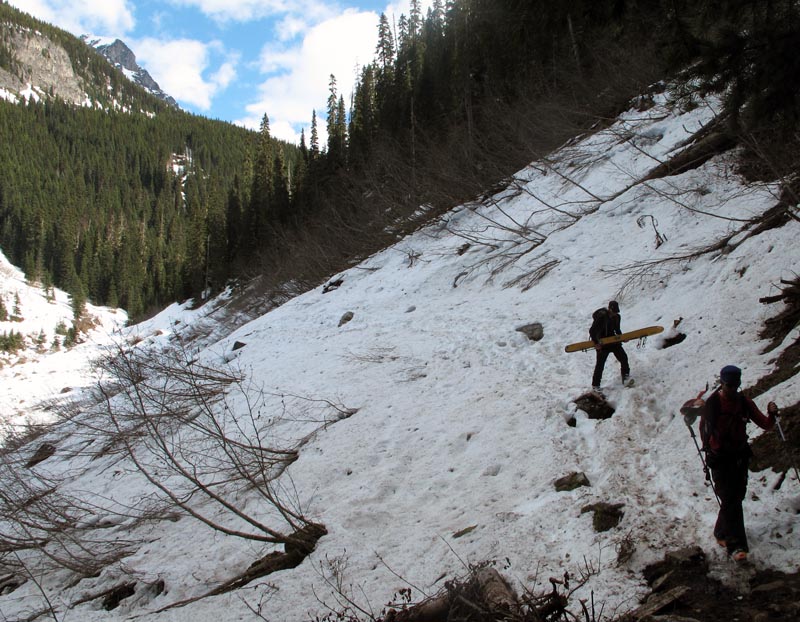 This entry was posted in 2011. Bookmark the permalink.