After posting my desire for a new bike on the Turner Board of MTBR.com I started a conversation with Telebiker – Mike. After finding out he is from the lower mainland and he knew the trails in Merrit and he was going there to ride we invited ourselves along to learn more about them!

The first ride was in Godey Creek.

The last time we rode here we shuttled the descent. I’m not sure why because the climb was a realy nice twisy turny single track that got you nice and warmed up for the descent. We rode up from the information kiosk on beautiful bench-cut pine-needled trails. Nice middle-ring mash.

Unfortunately we don’t have any pictures of the climb, but here is a nice rest spot at the top with views towards Godey Creek and Iron Mountain. 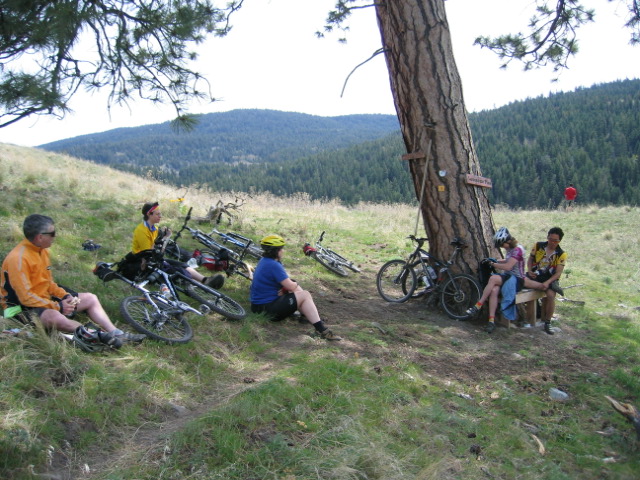 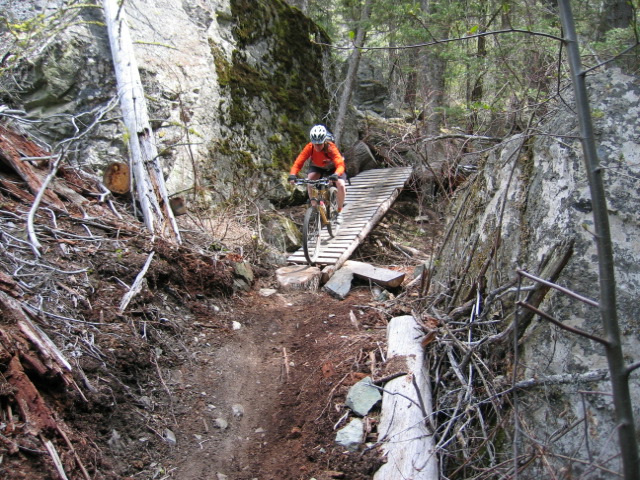 as well as some more suspect ones… but what do you expect in such a dry climate! 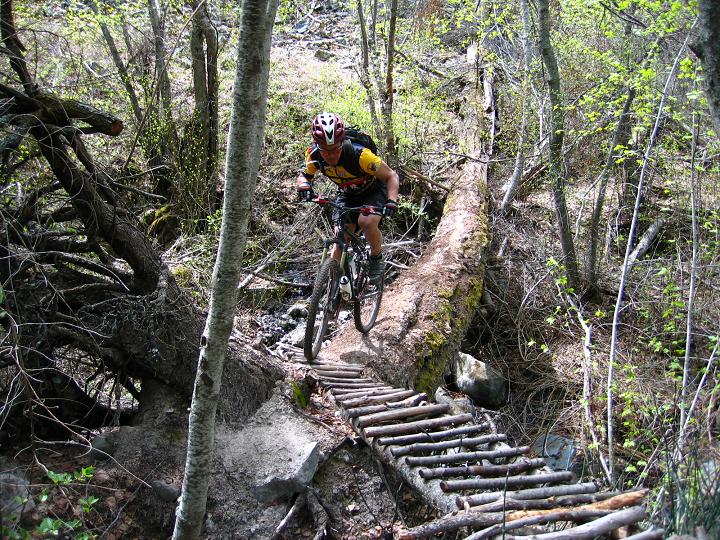 After we rode down Godey, we went back up for another ride up and run down the trails this time on Ursa Major. Here’s Mike on his Turner! 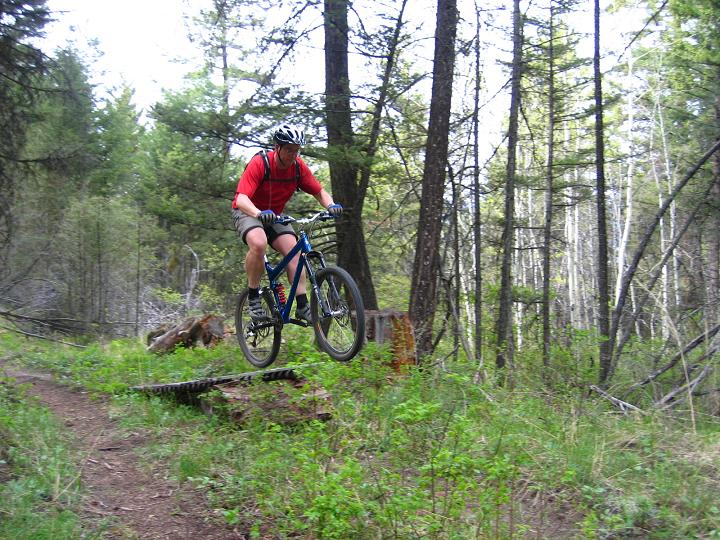 Howard going for the lawn dart 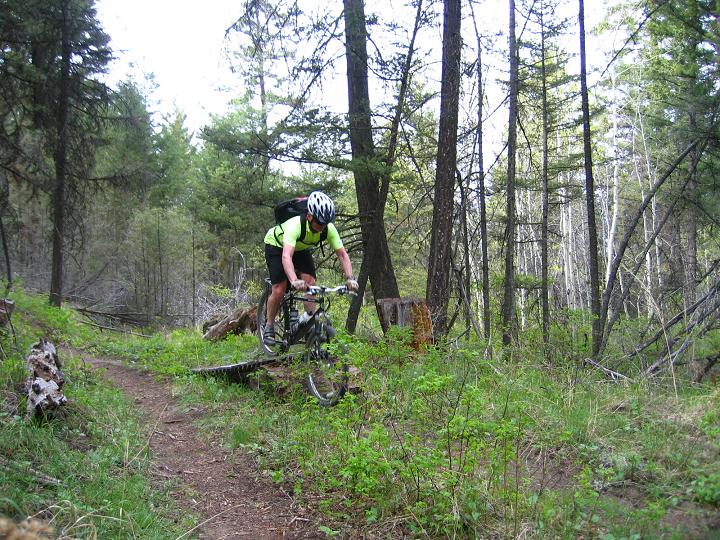 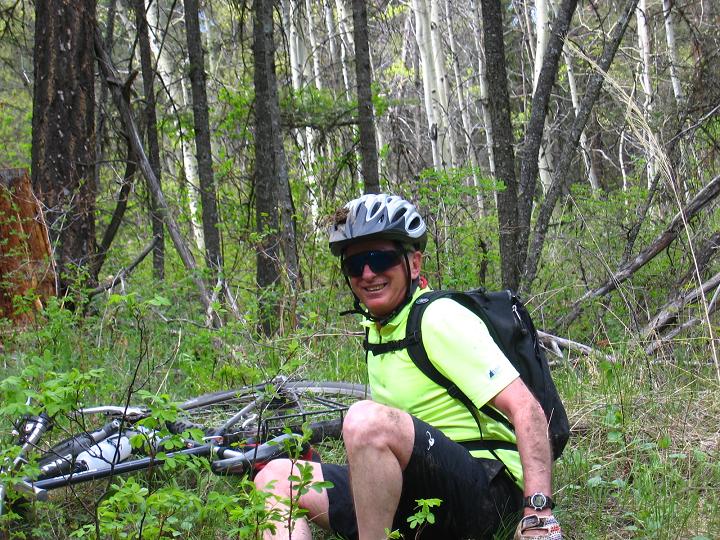 Kevin, another Turner RFX owner who for this trip rode his Dawg Primo 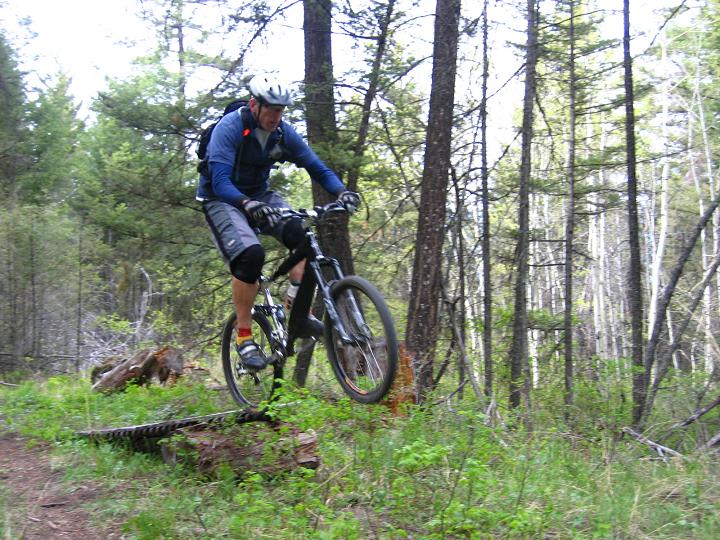 Lee on another ramp on the descent of Ursa Major! 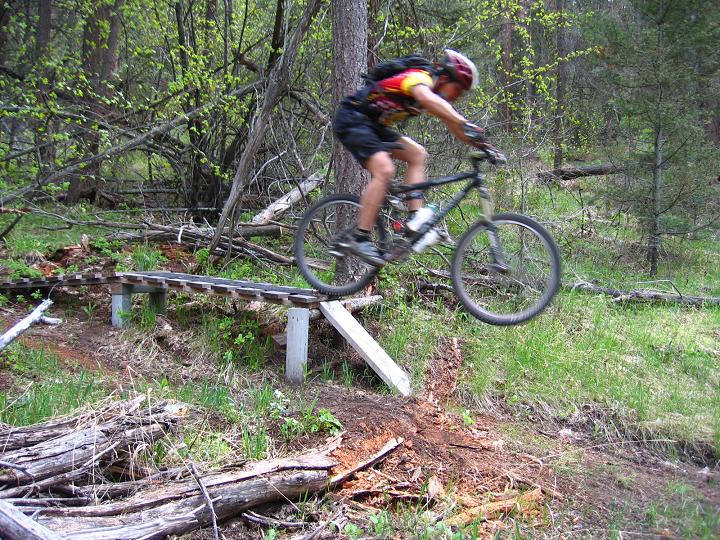 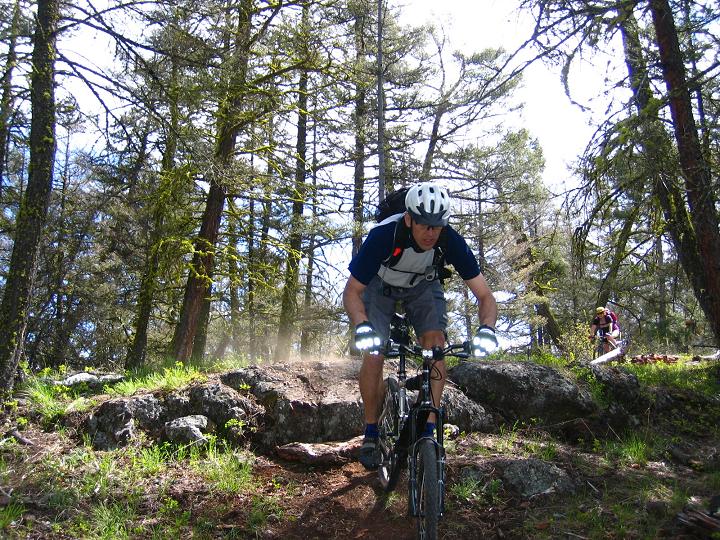 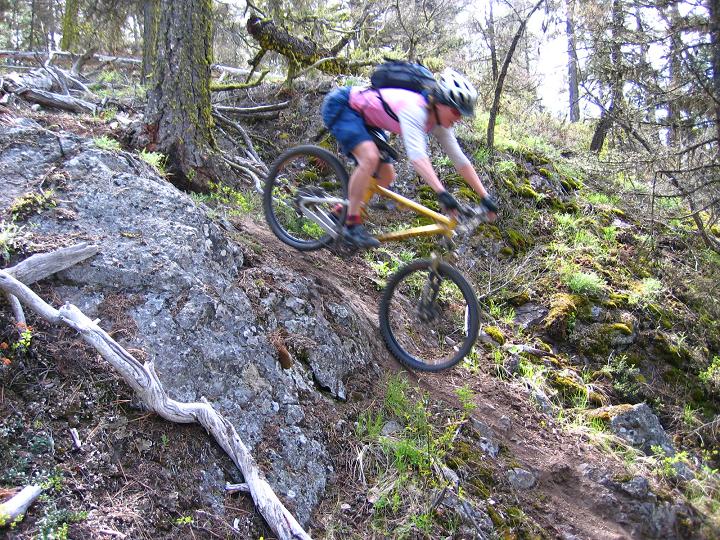 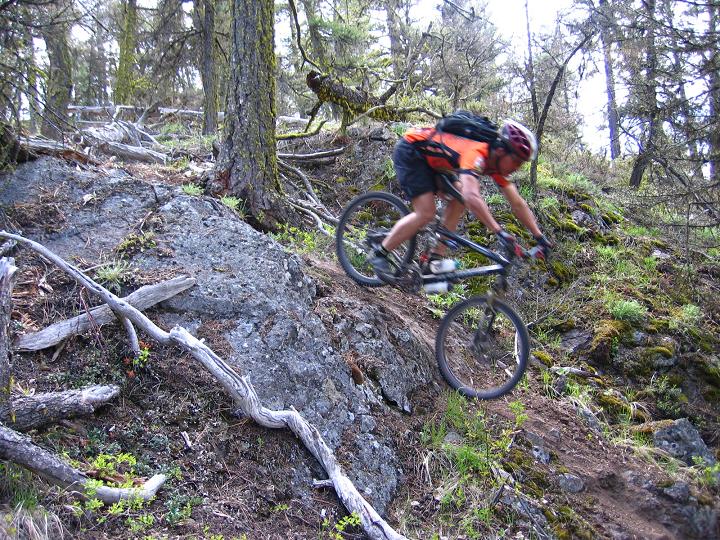 Kevin’s turn to Rock and Roll! 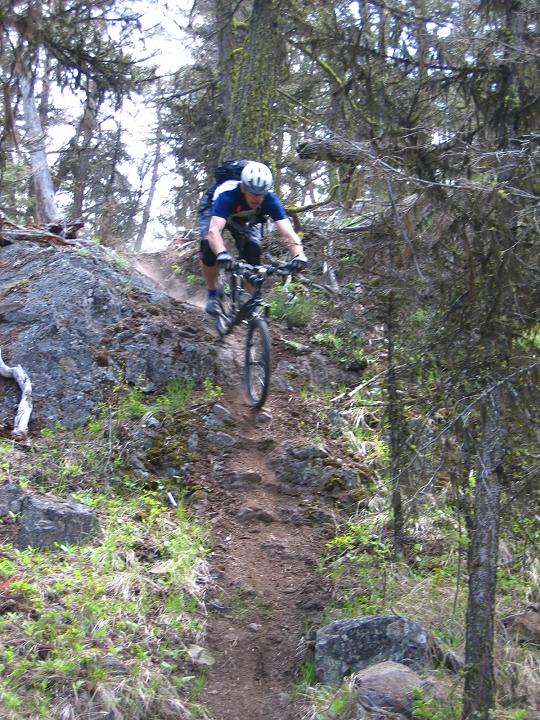 Another viewpoint before we descend into Ziggy’s – A twisty turny zen trail whoopty woo! 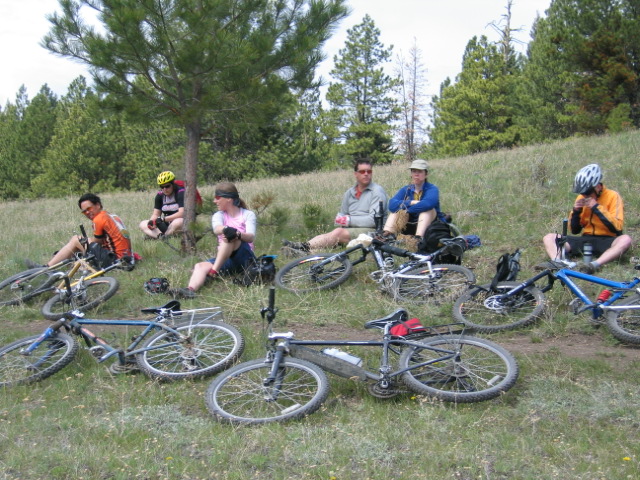 A technical trail feature on JP Cool! JP Cool is mach speed but has some diversions like this. 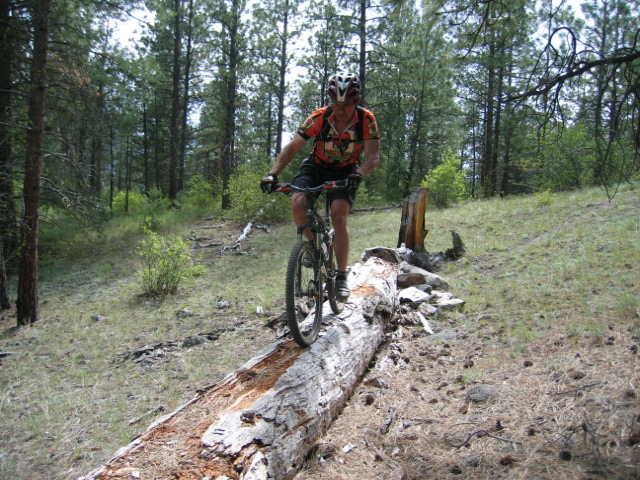 I’m sure we’ll be back for some ripp’n singletrack!

This entry was posted in 2005, bike and tagged Merritt. Bookmark the permalink.