Skiing with the New Mexicans – Flute and Oboe

Still sidelined by the knee I had to sit out while the group went off to tour the Musical Bumps. They’re off to Flute and Oboe – an area that’s routine for locals but fun and safe for visitors and more importantly descent skiing even in low visibility and following high winds. Today they’re joined by Ron and Frank from Squamish. Here’s the group at the skin-up spot at the Flute cat-track. 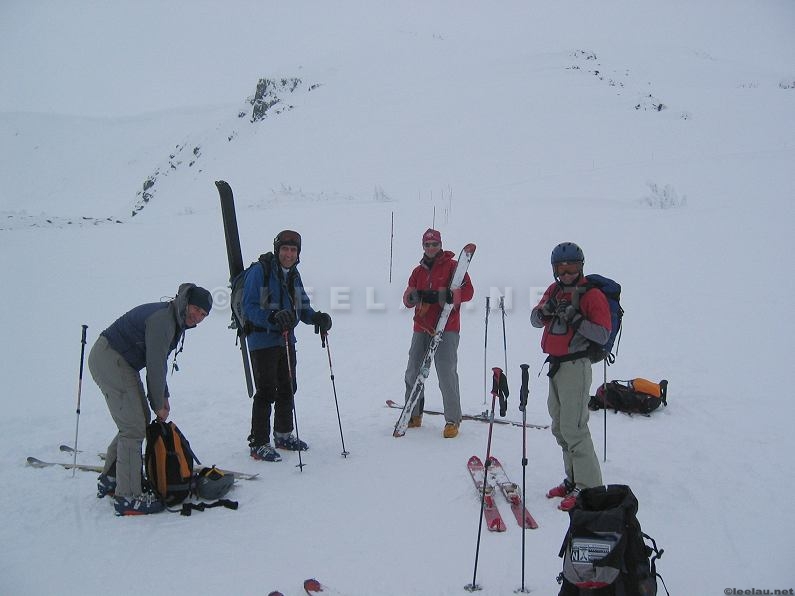 The group at the top of Flute following the short climb with Blackcomb in the background. 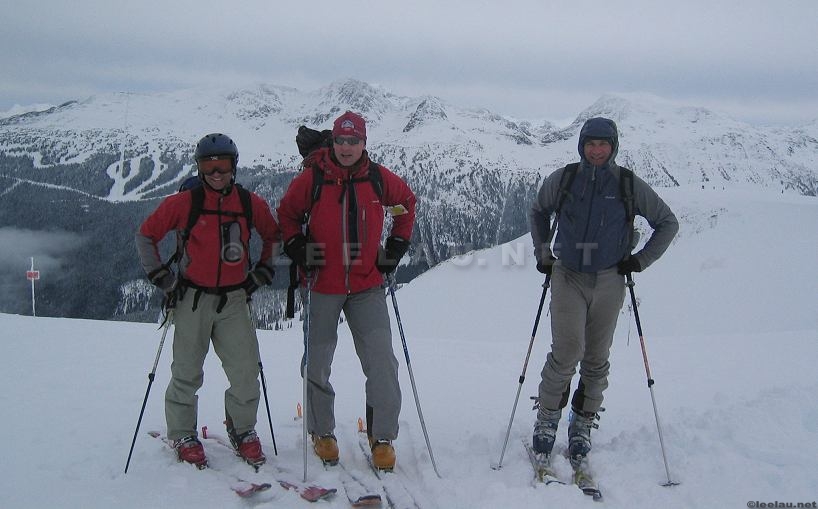 First run down is from the Flute-Lesser Flute saddle down to Oboe Creek. Here goes Carl. Only 3cms fell today – making it the lowest new snow day of the entire trip. This is Carl’s 12th day straight of skiing. 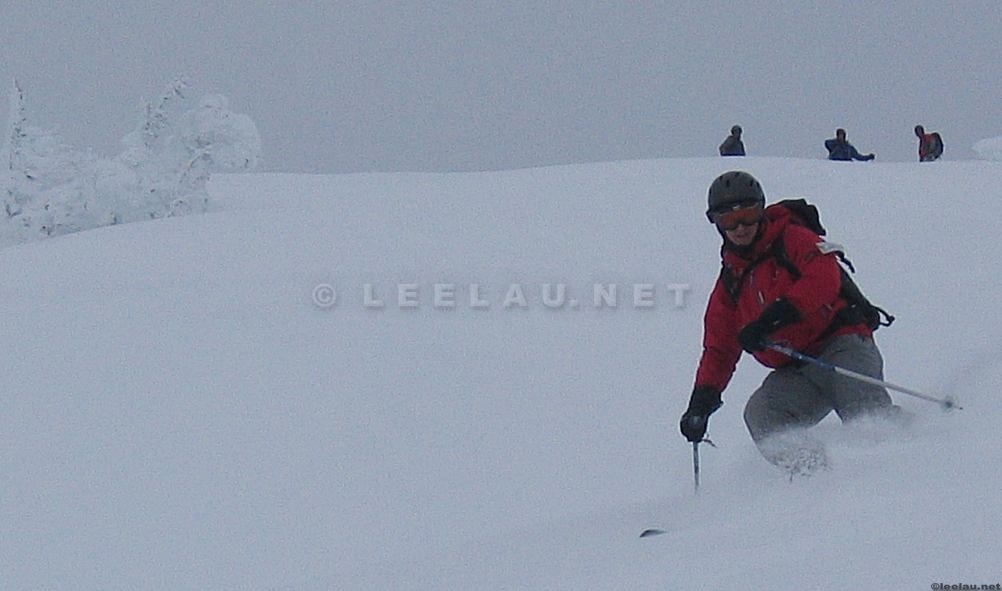 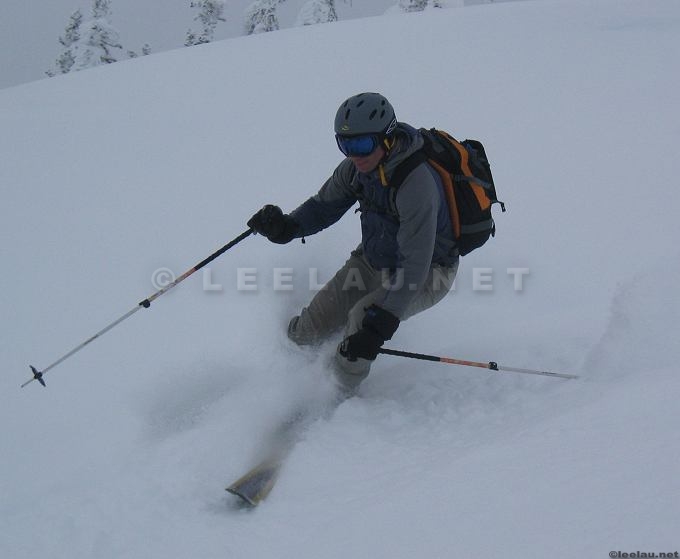 Skinning up Oboe – a familiar sight – with Flute in the background. This was another day with high-overcast with flurries throughout the day. 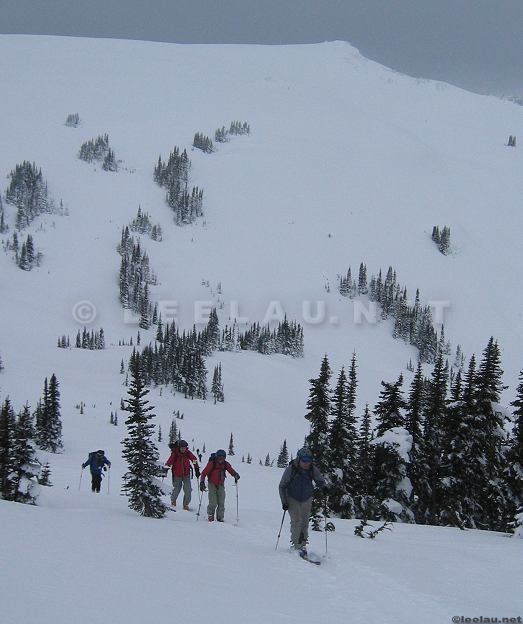 They skied up and down Oboe 3 times as the snow was outstanding and not wind-affected in the trees. Here’s Carl.

Bill with another pow-eating grin. I swear he rolls around in the snow before he starts his run just so he’s caked in snow just for the camera. 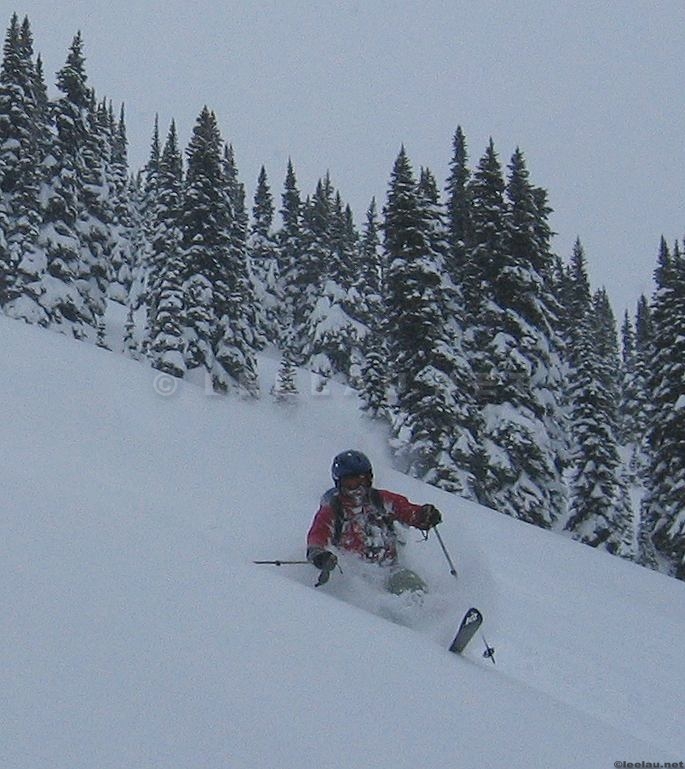 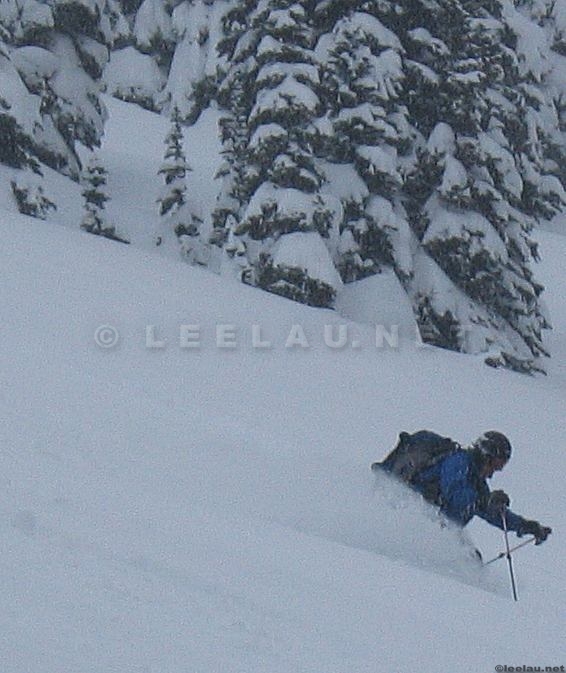 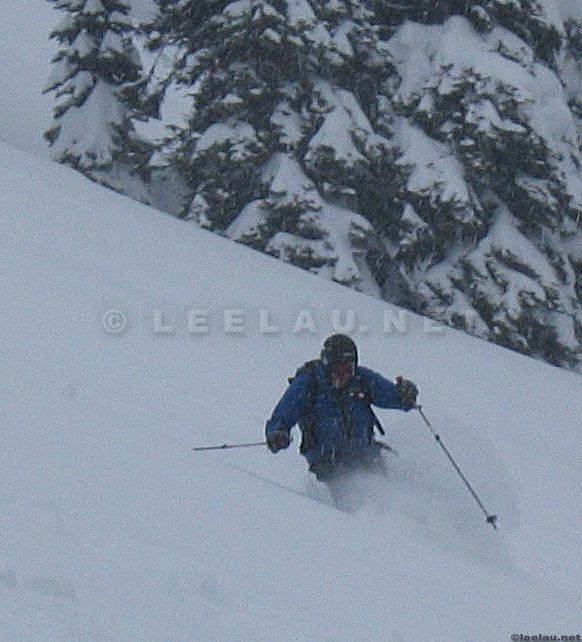 Bill and Carl at the Singing Pass ski-out. Coverage is very good on the ski-out. The last few creek gaps were filled in by some grooming cats who kindly buffed out the last section so it can now be skied. 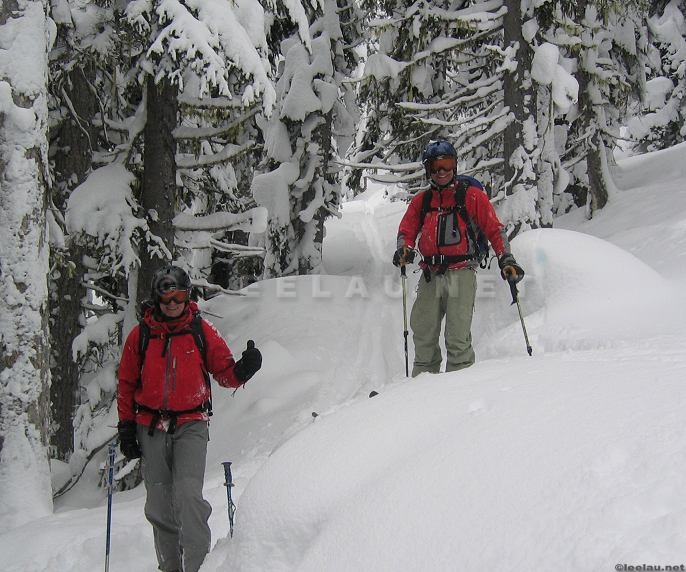 This entry was posted in 2006, ski and tagged blackcomb, new mexicans, whistler inbounds. Bookmark the permalink.