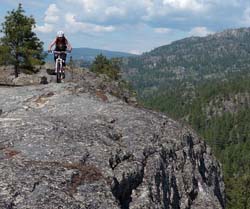 For this classic ride named the Rock Oven we did a shuttle, cause then you should have to climb less right? Well not here.

Smoke drove us from Skaha Lake leaving our vehicle at a pullout on lakeshore close to where we exit the trail.  We then drove to the top of Ellis Canyon FSR. There are some new logging roads in this area so navigation can change at any time. We rode down the road until it ended at a dip/culvert and became double track. From here we rode about 400m, keeping an eye out on the left for a trail, which we found fairly easily. We rode this trail climbing to the first intersection where we stayed right (left would take us to the Derenzy Huffer and Derenzy FSR which would be the wrong way).

Following our right turn we stayed on DZL trail.  Its easy to get sidetracked on various branches dropping to the Smythe FSR so if you find yourself on a double track, just go back to the trail. DZL is very undulating and you have to take a left hander at intersection with Sam I Am which is easy to miss and which we missed.

Again, if you end up on a double track go back up until you see a trail heading in the direction you want to go. The left turn onto Sam I Am from DZL is at a high speed section,  Sam I Am is classic rock slab techy Penticton descending XC beautifully routed.  It ends on another double track.  Head left at that doubletrack and you’ll see signs for Skaha Bluffs and Rock Oven.

You’ll start climbing on another doubletrack which narrows to singletrack and you will spot a right hander to another trail,  Shin Skinner.  This  is not on all the maps including the one in the park, but is a worthy detour.  Shin Skinner then joins the Rock Oven trail proper which is an awesome descent (perhaps the best pure descending trail we’ve done in the Okanagan to date) ending in a subdivision that is under construction. Here we stayed right and eventually ended up back on the road and at our truck.

We relaxed here with a beer and dip in the lake. 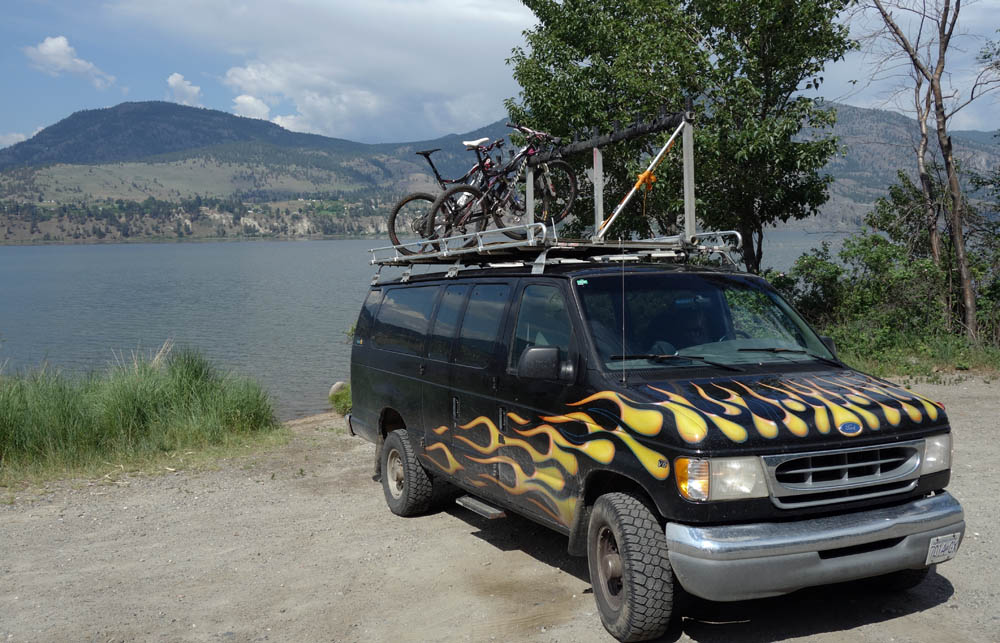 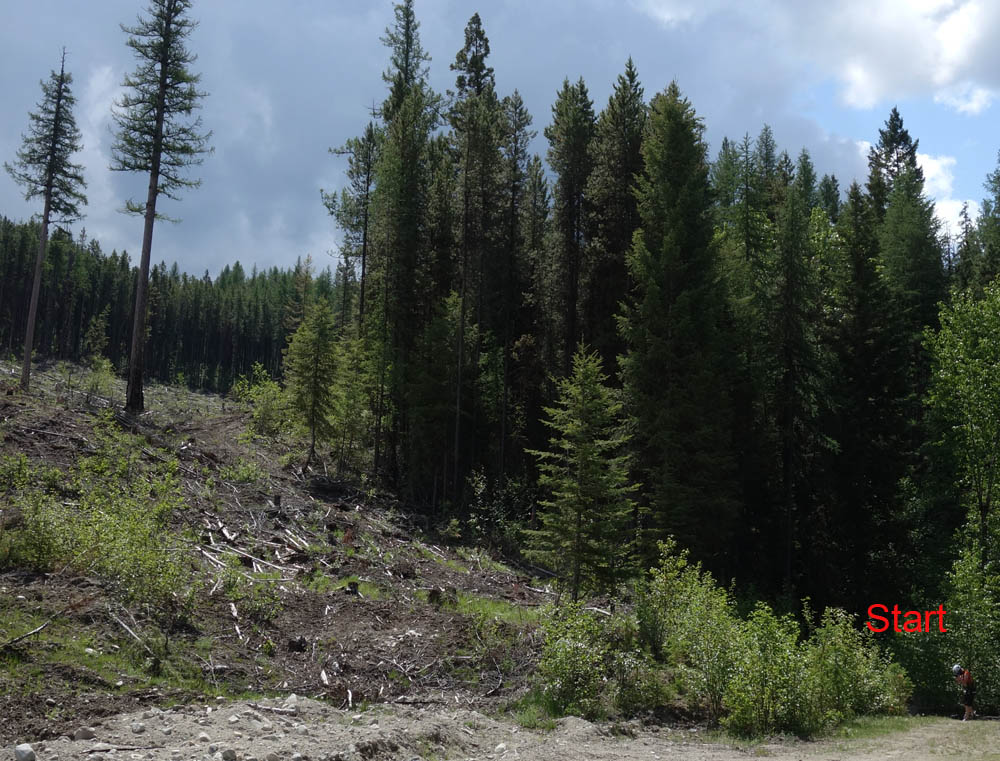 The end of the FSR, start of the double track

Overgrown in some places

This is the intersection with Derenzy where you stay right 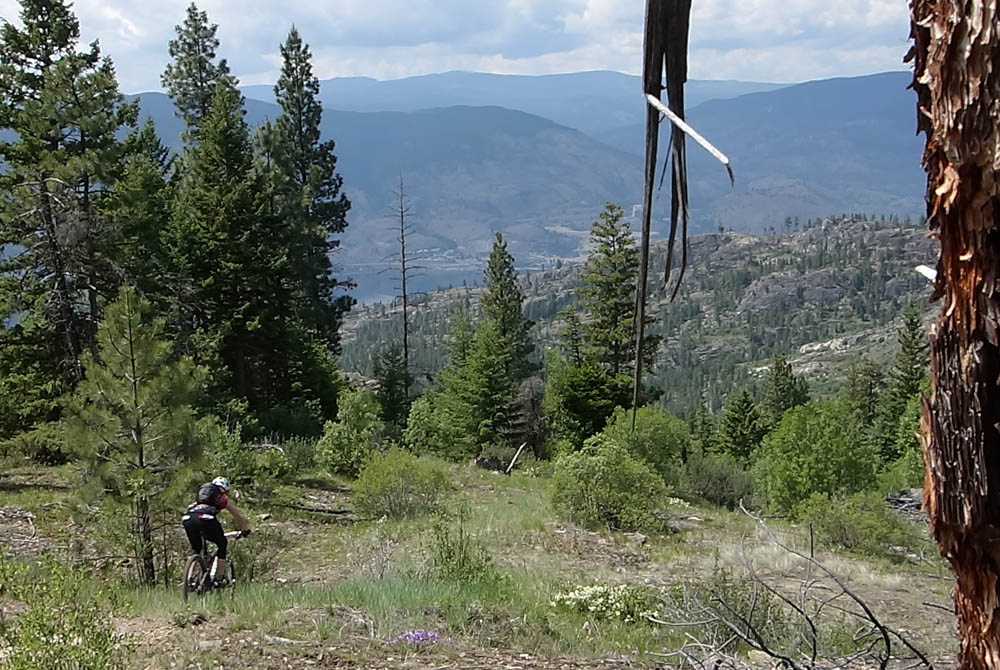 Always stay on the faint or not so faint trail! This is the area where Sam I Am vears left. 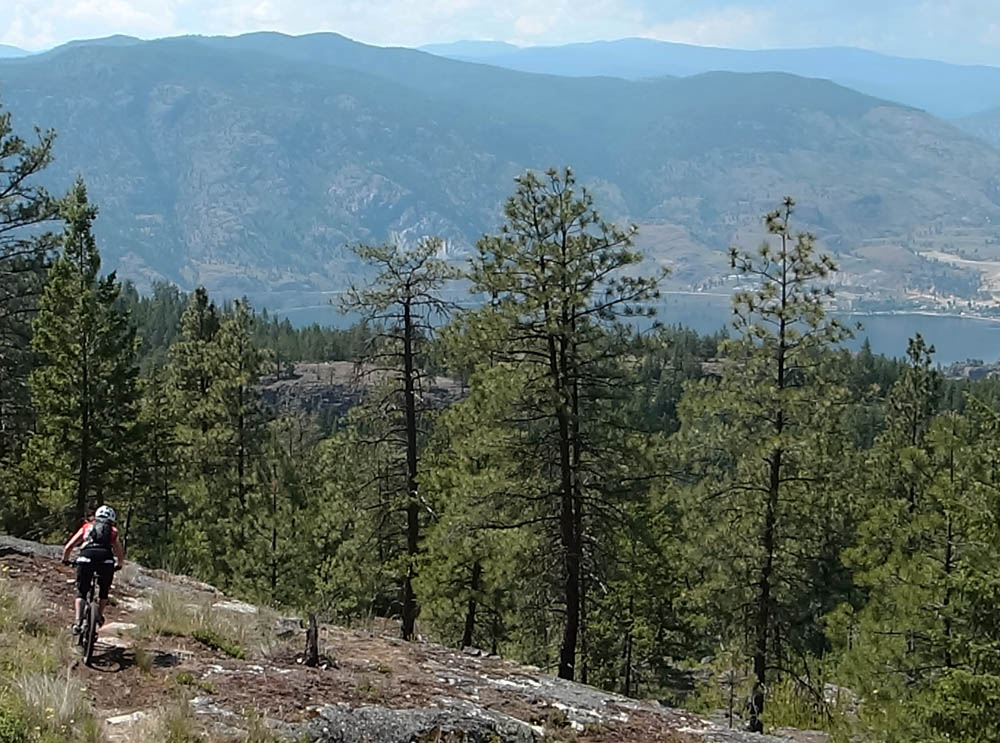 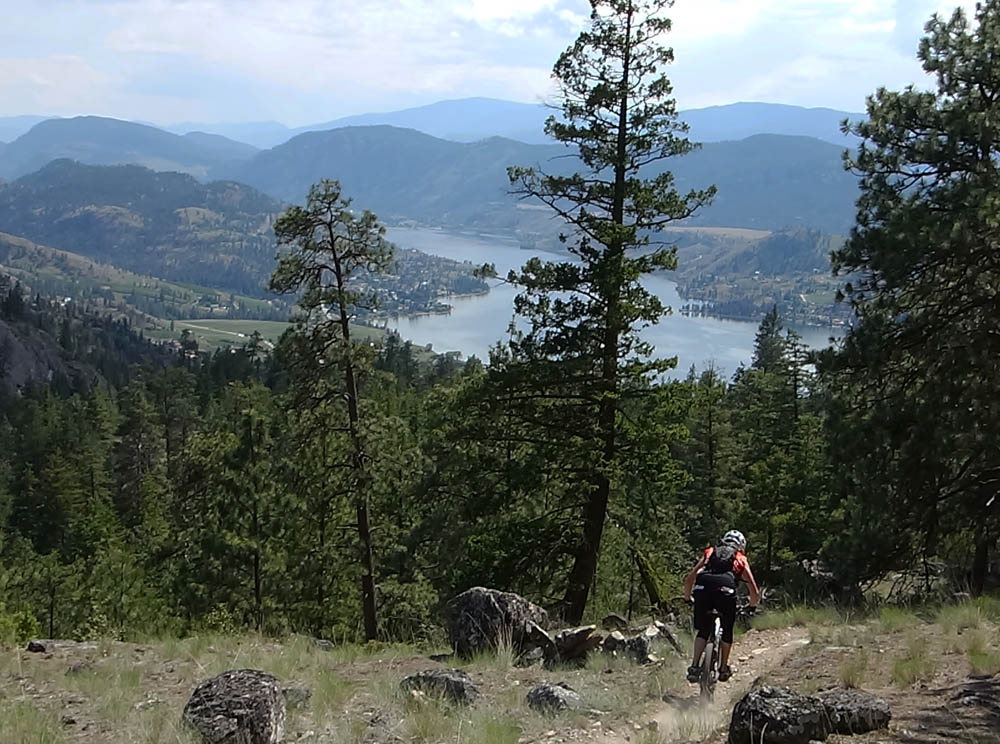 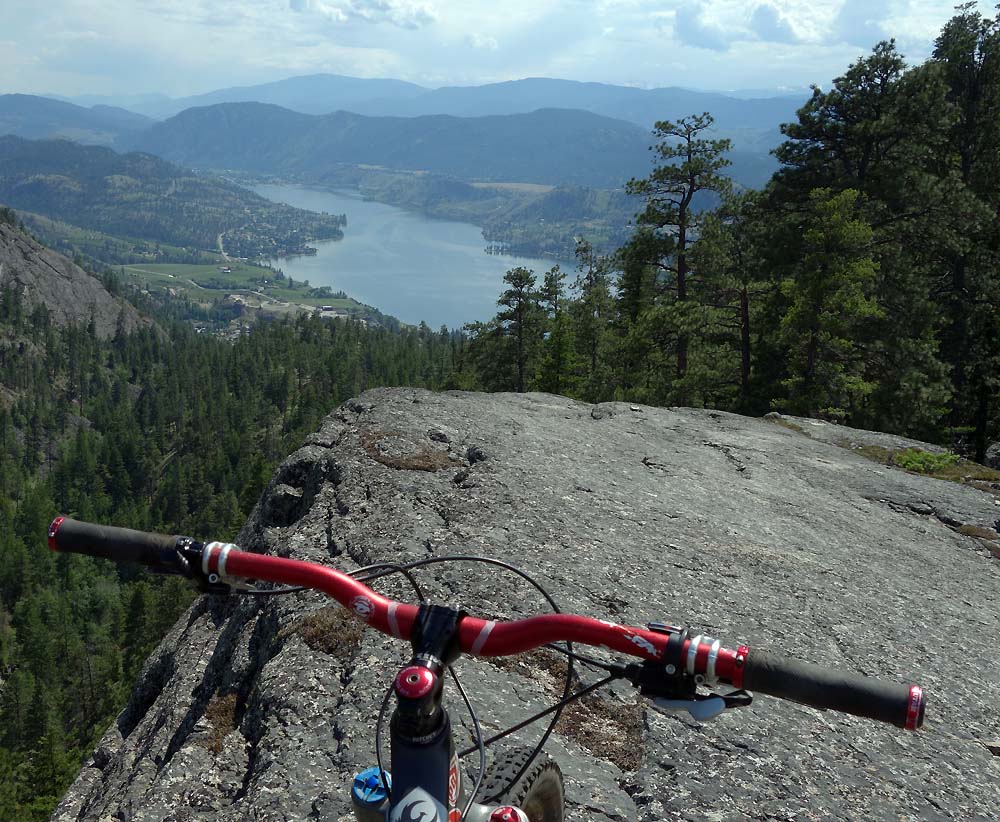 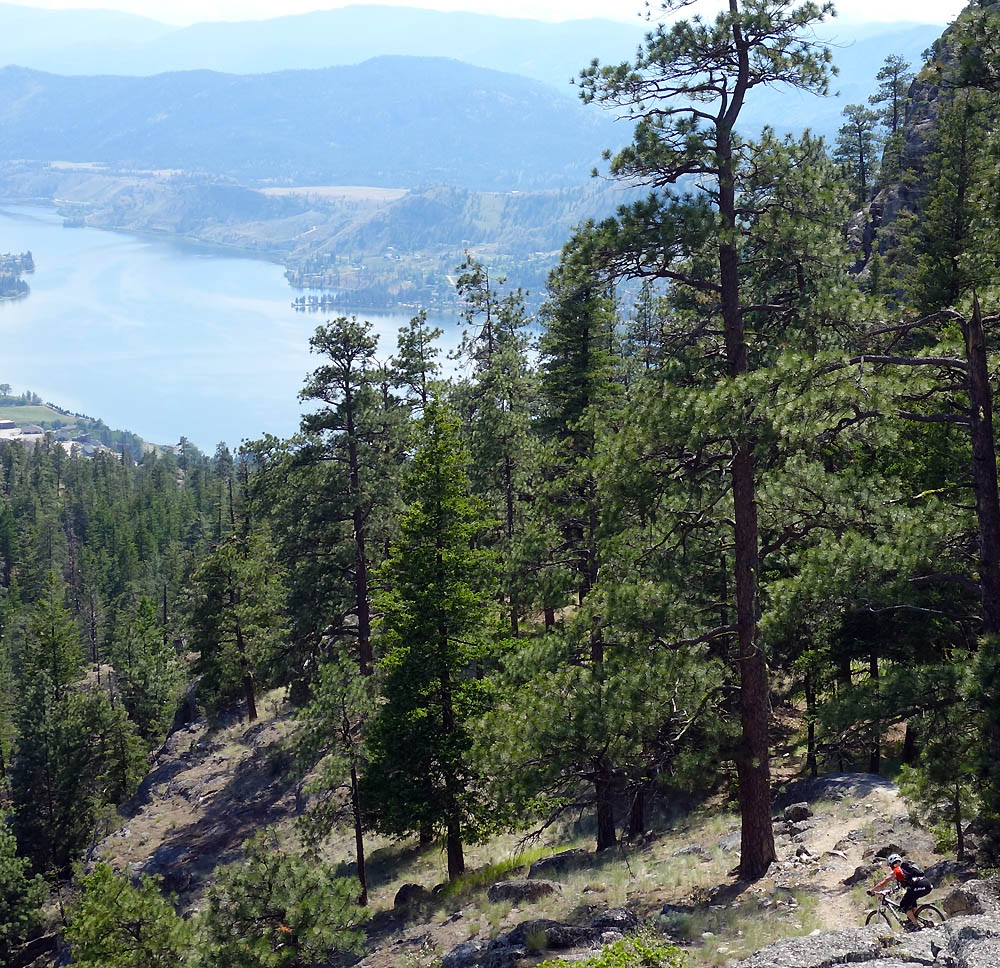 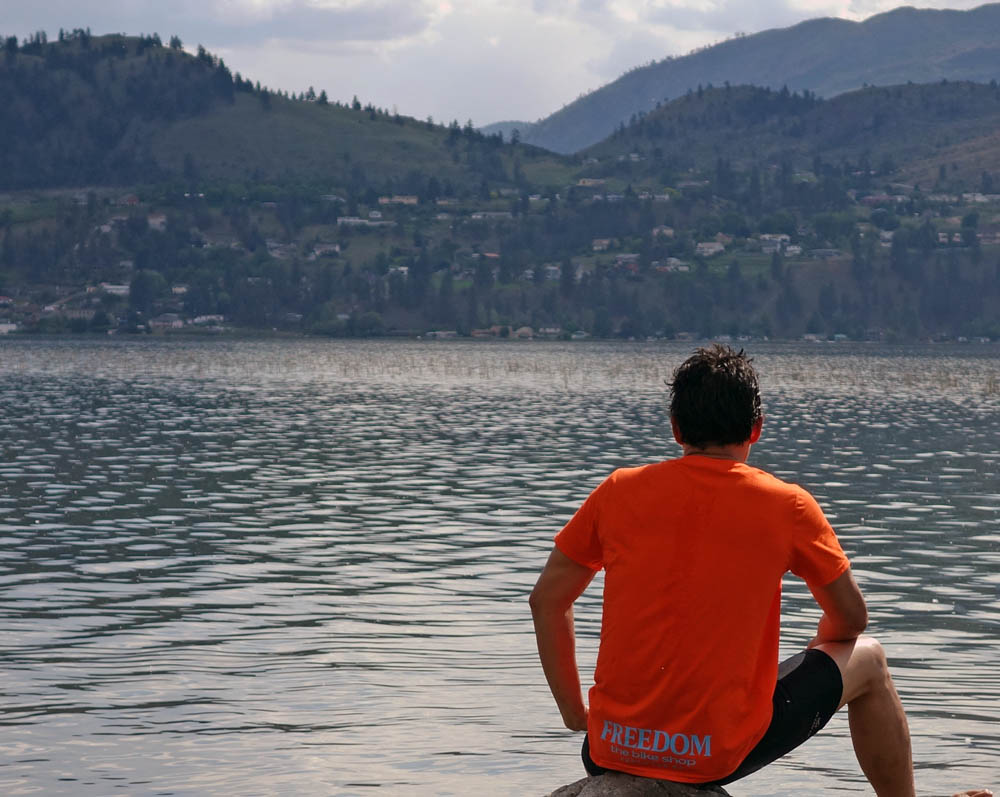 Back at the lake for a dip 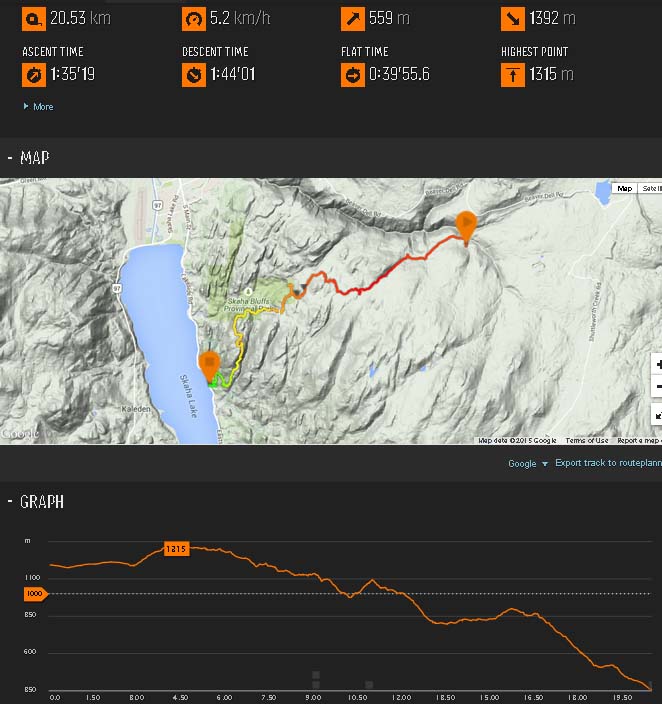 We then joined Freedom Bikes for their Evening ride. It was FAST and awesome! 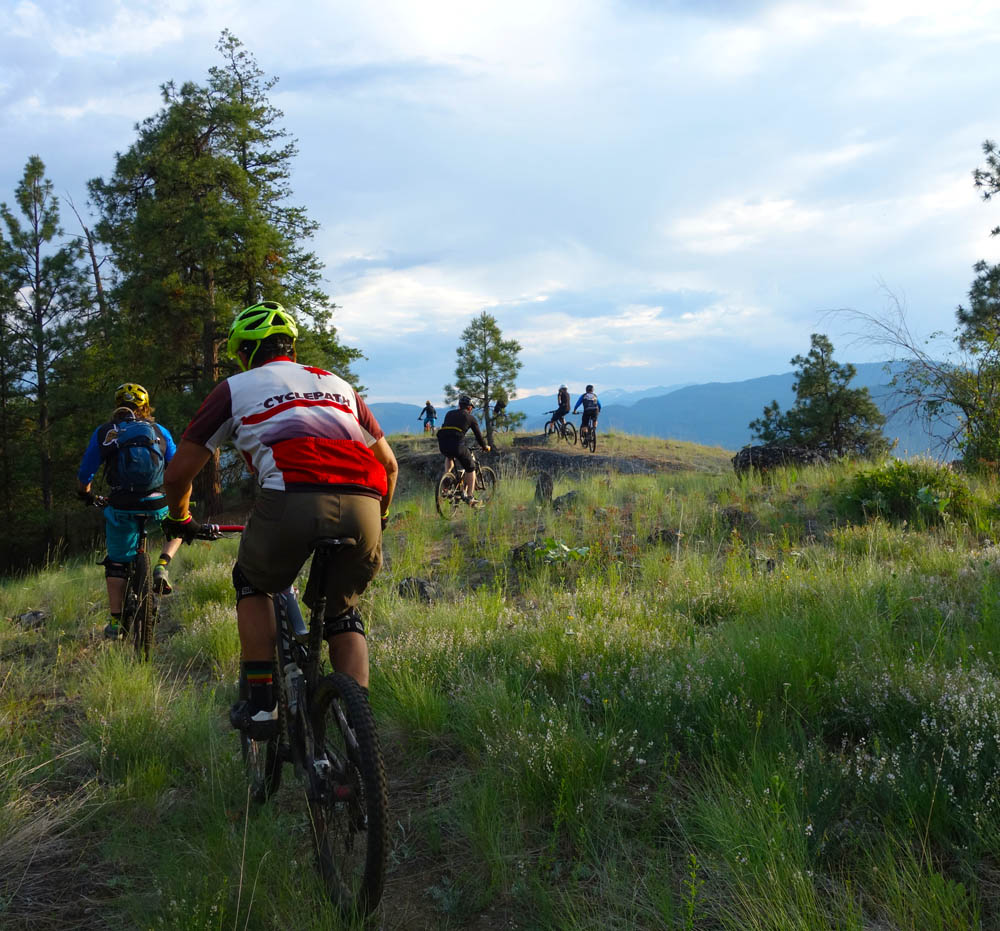 The only photo is where we stopped for a beer! 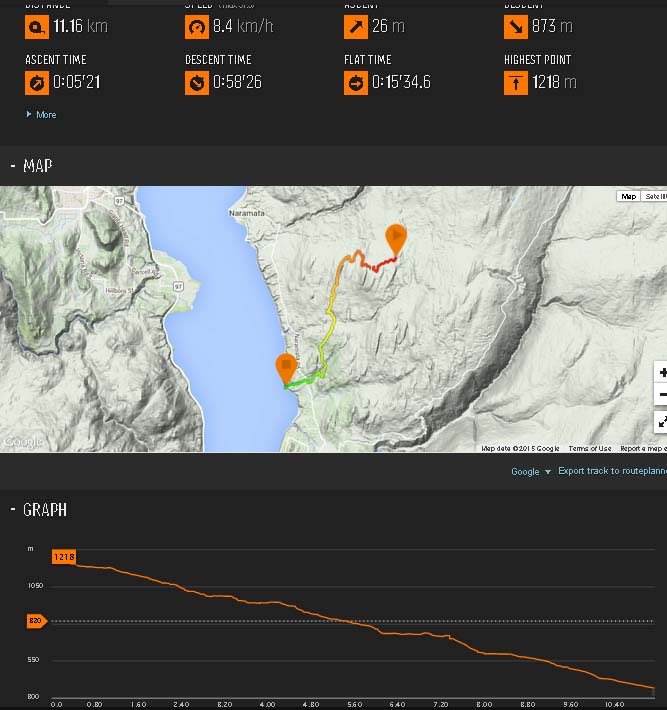