Off we go on the long weekend in May to ride the slickrock of Pemberton. After navigating the hordes of sheep going to the bike park – baaaaaahhhhh – we arrive at One Mile Lake.

Tower of Power is a fun trail that starts off with a xc climb up Lumpy’s Epic. It’s not a long climb and brings you up rooty interestingly technical singletrack sections and then past some barely climbable switchbacks to the base of BC Hydro towers planted on granite rock.

Armouring up for the descent 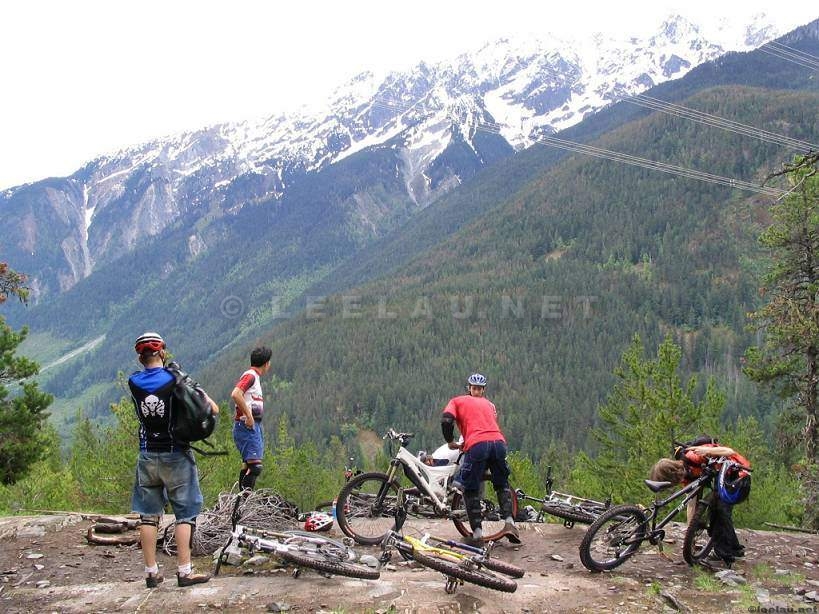 Chris starts off with a small rockface. Mt Currie is the backdrop 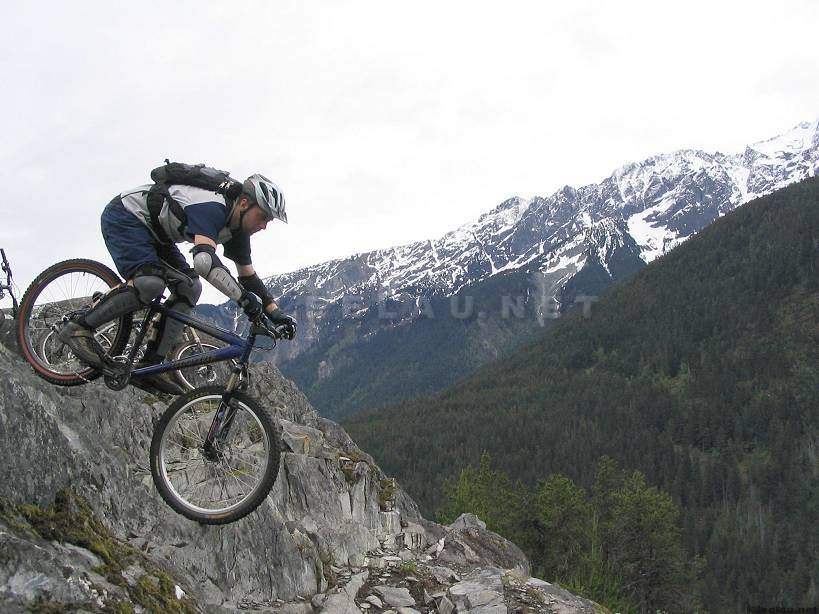 Sean takes a turn at the rockface. 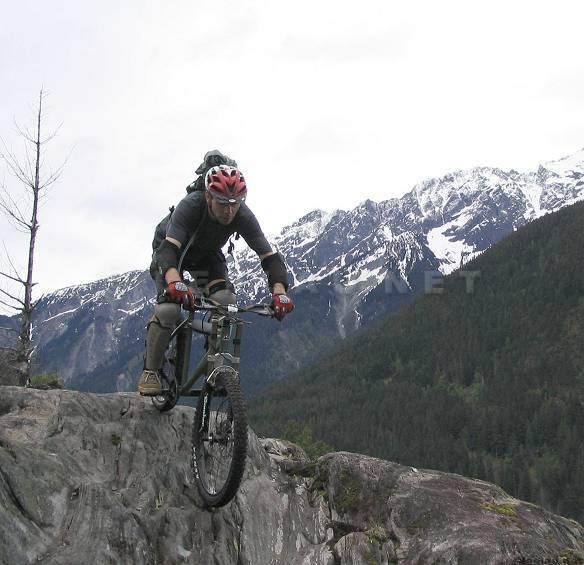 Nigel then followed by Tyler take an alternate line. 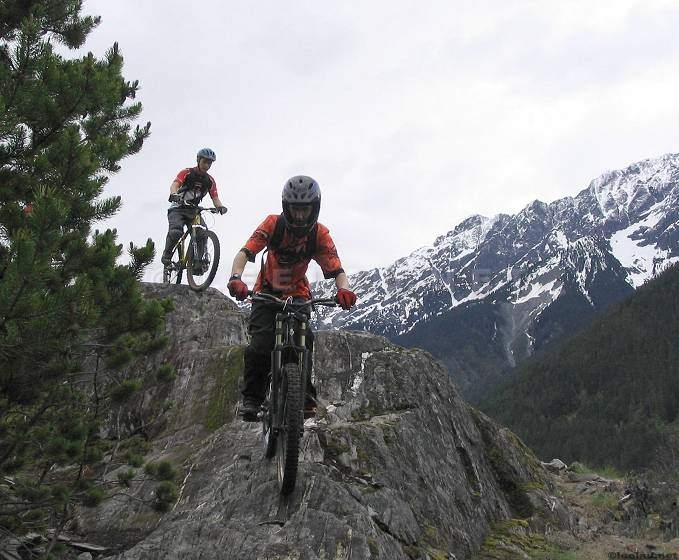 Chris on one of the trails leading up to a rockface with the Pemberton Valley and farm fields in the background. 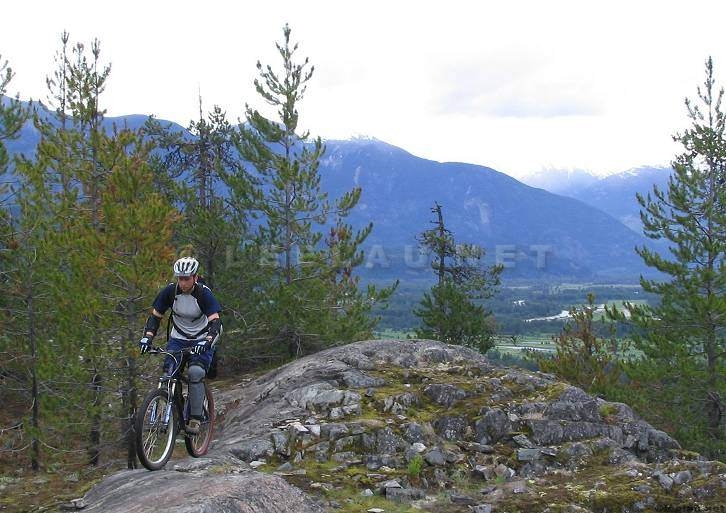 Trevor takes a turn on another rock face 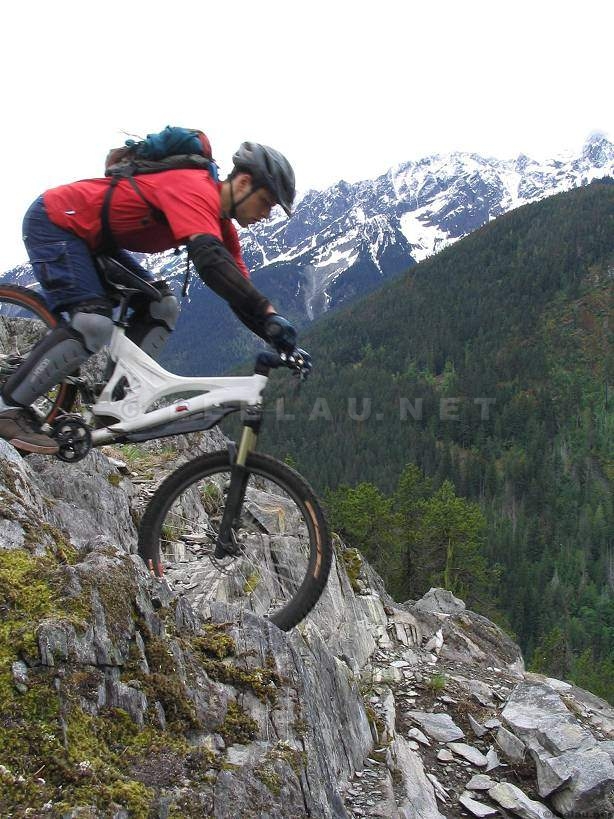 Pete tests out the manualling capabilities of his 6.50 MEC rear rubber 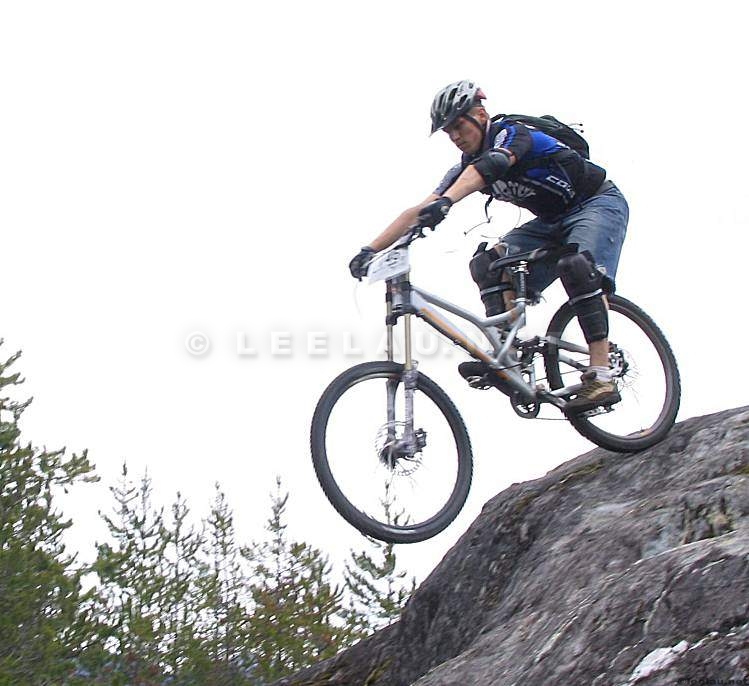 Pete again on another rockface further down the hill just under the hydro towers. 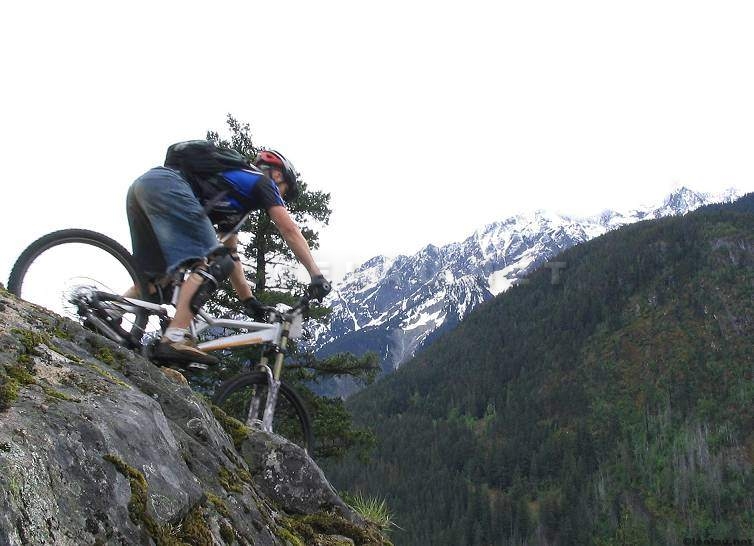 Chris takes another line down the same rockface. The lines are so close to you that you get electrical shocks from your bike. 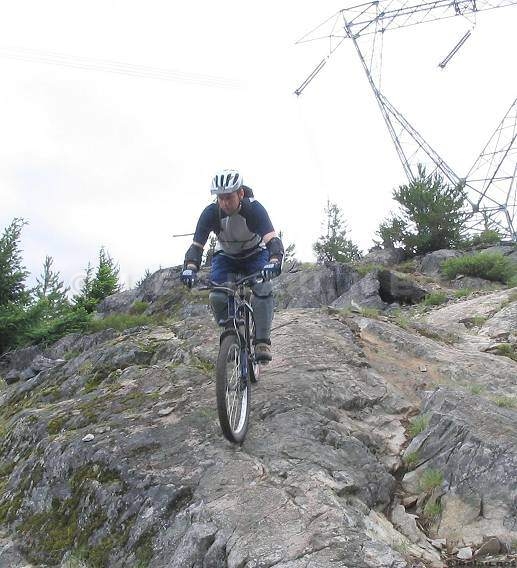 Tyler takes a turn on some talus. 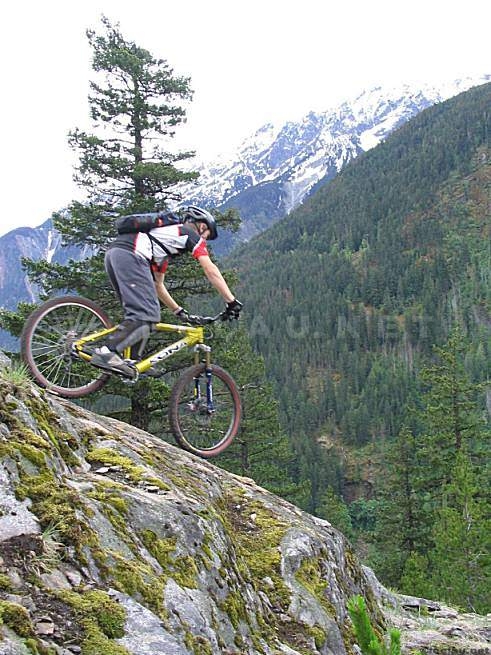 Trevor on, you guessed it! – another rockface. The granite is so grippy that even steep faces can be ridden with confidence. 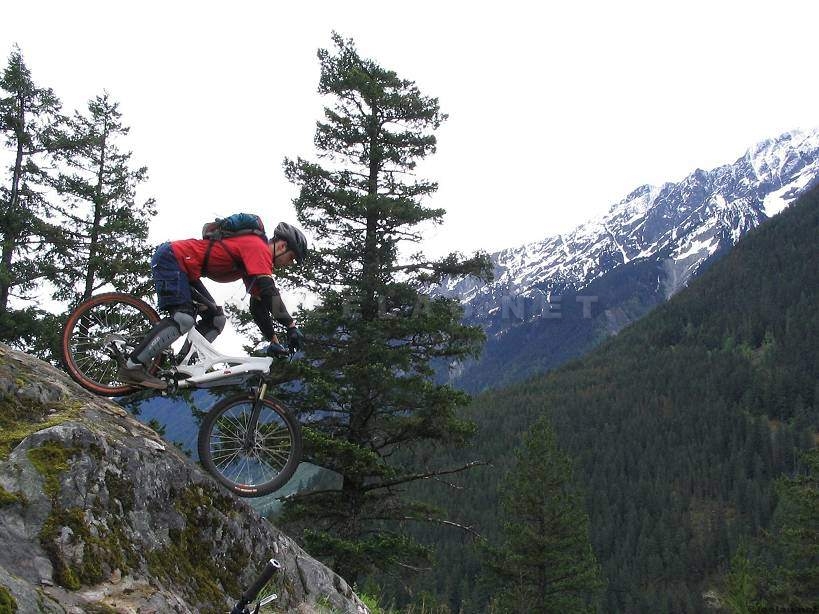 Continuing down the trail – here’s Pete. 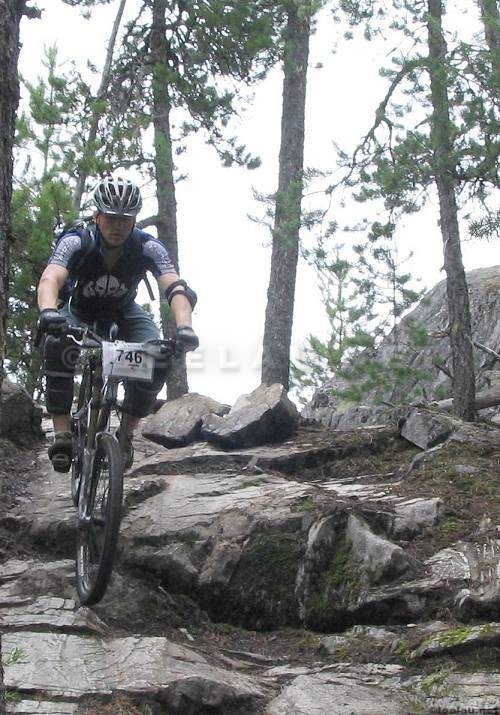 Sean then Tyler down yet another rock face.

Yet another group shot with Mt Currie as a backdrop. 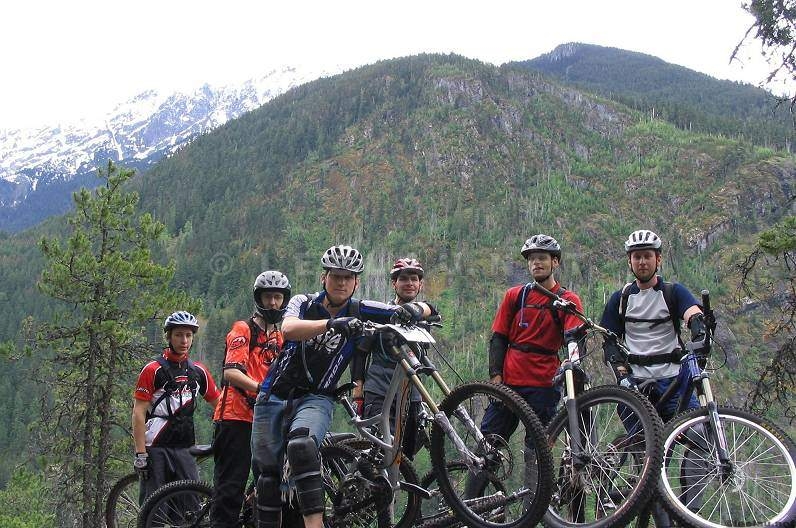 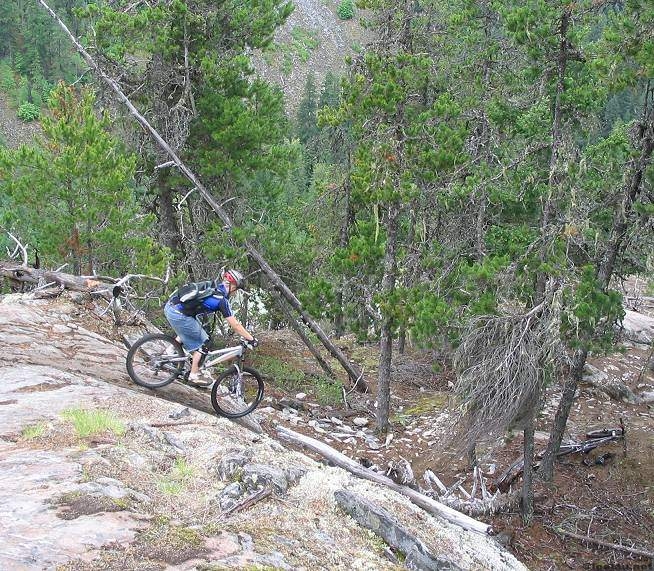 Tyler leads Chris down a series of granite rock benches.

Then Nigel elbows them both aside and leads out Tyler down another granite vein framed by moss. 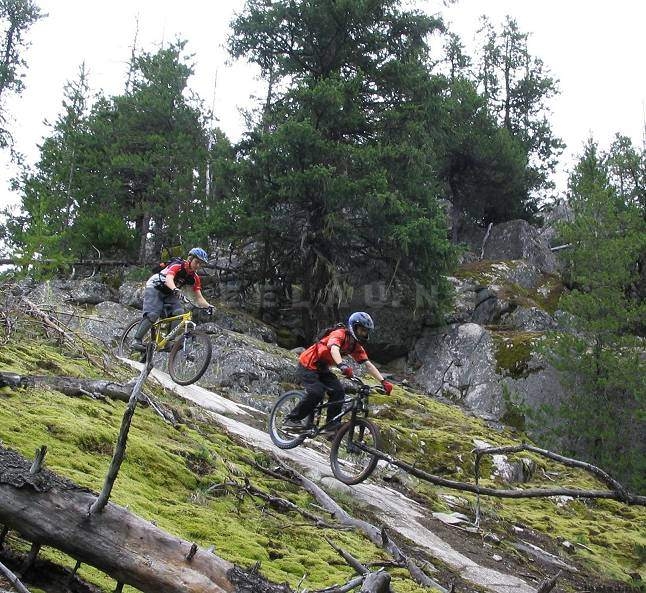 While Pete is content to show some nose wheelie action 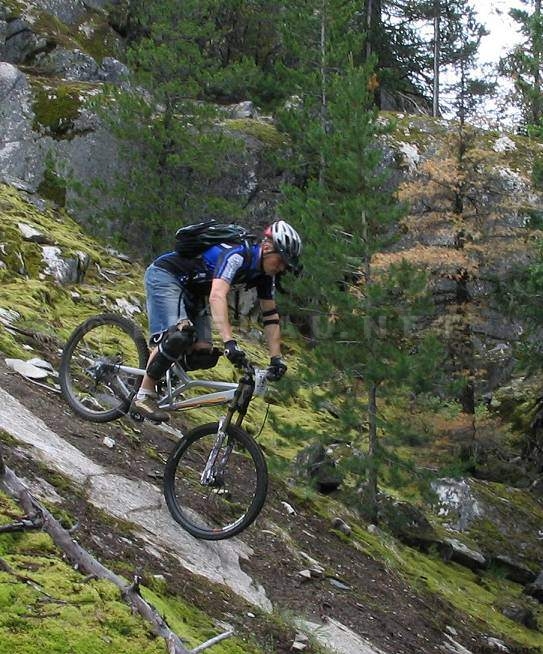 Finally here we are at the mother of all rock faces. This mother is long and steep… Tyler and Nigel start the bikercross down it in this sequence. 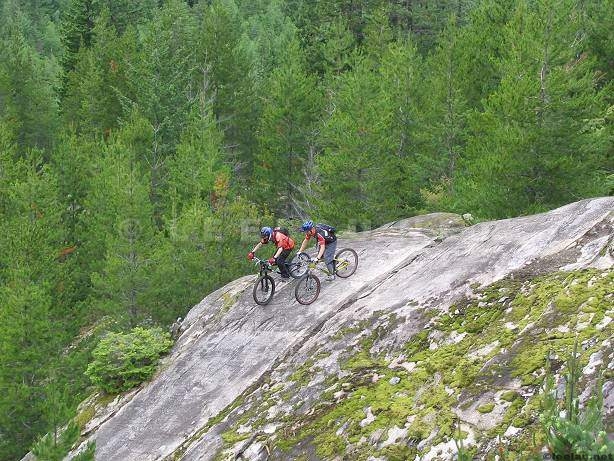 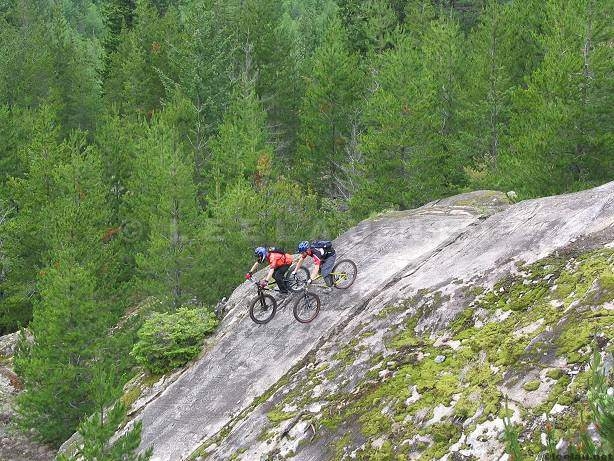 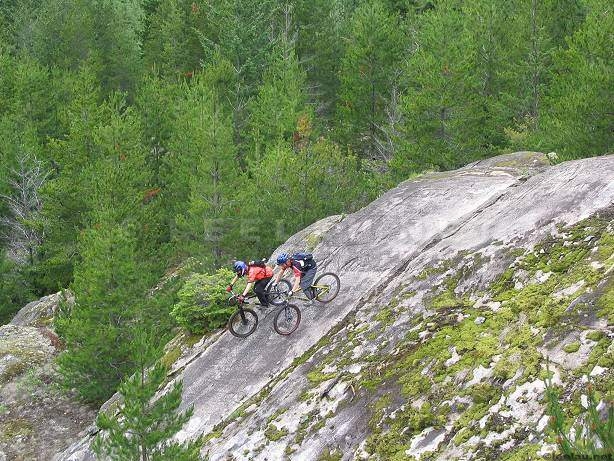 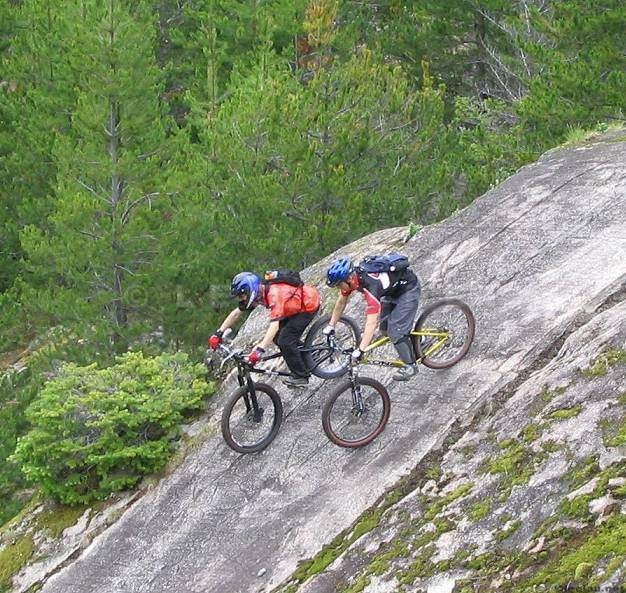 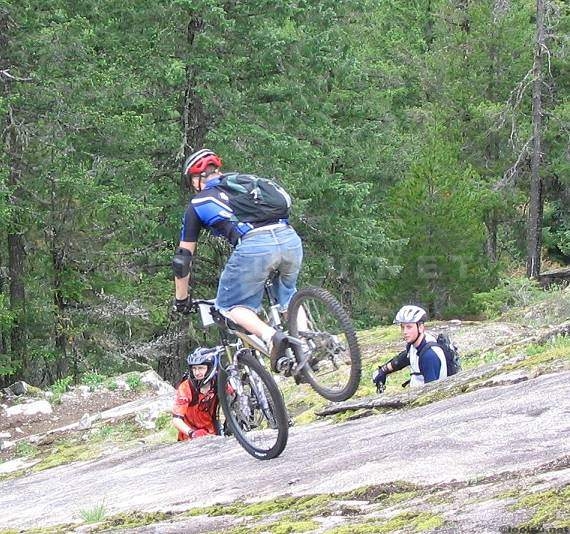 Sean shows patience for the camera on the steep section 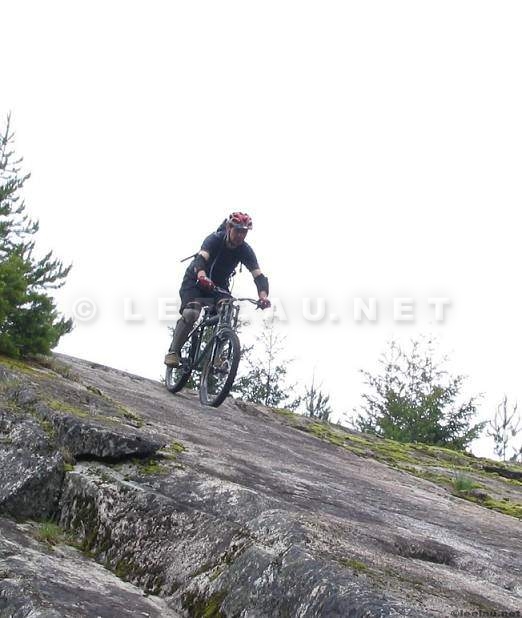 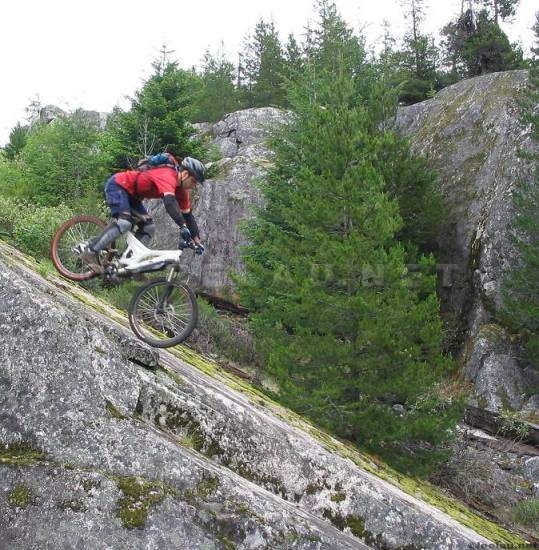 and then a group shot of some bikercross elbow action 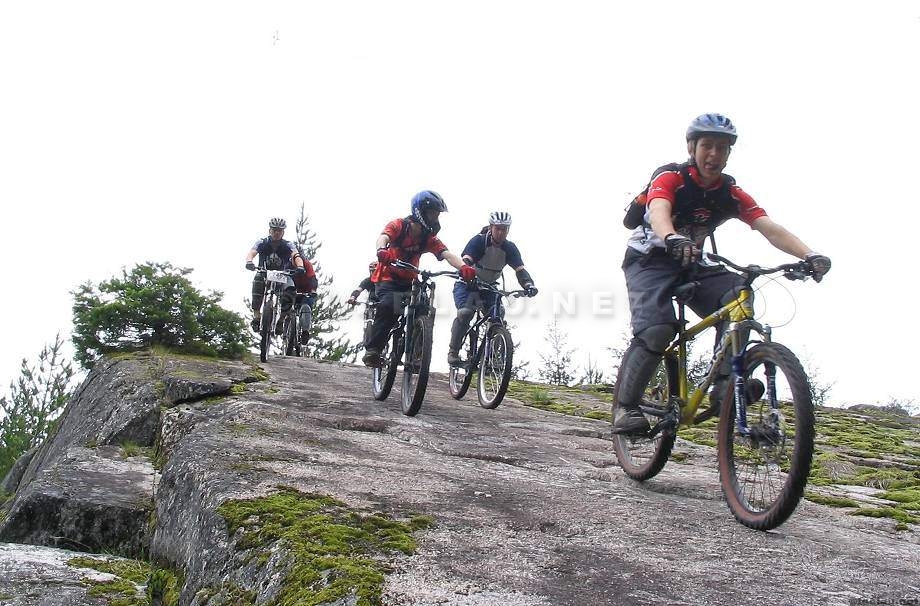 Chris on the mother of all rock faces 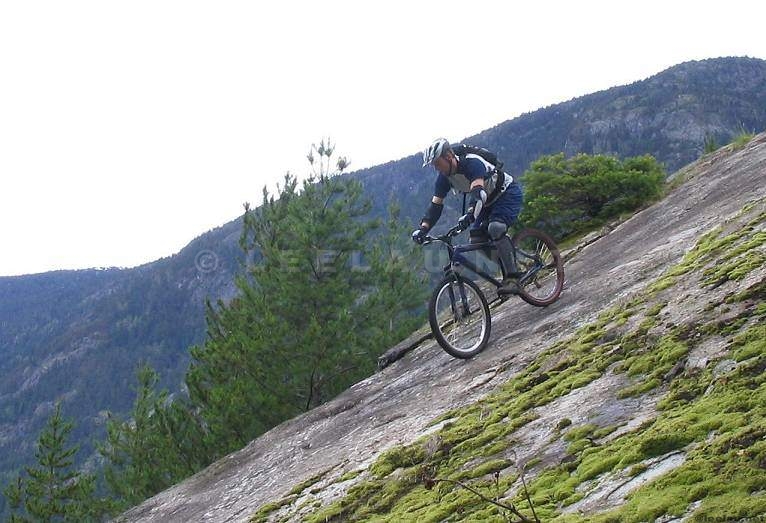 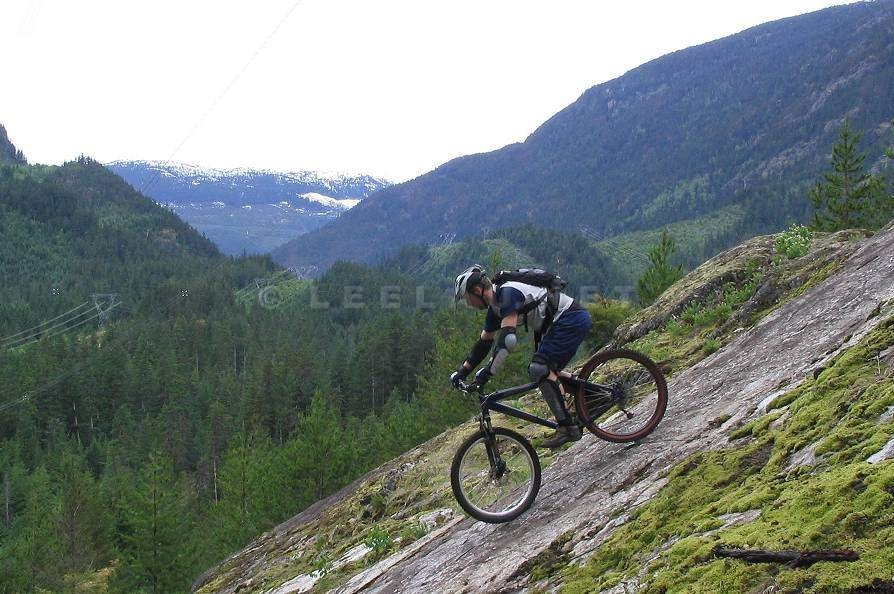 and Sean in an artsy shot 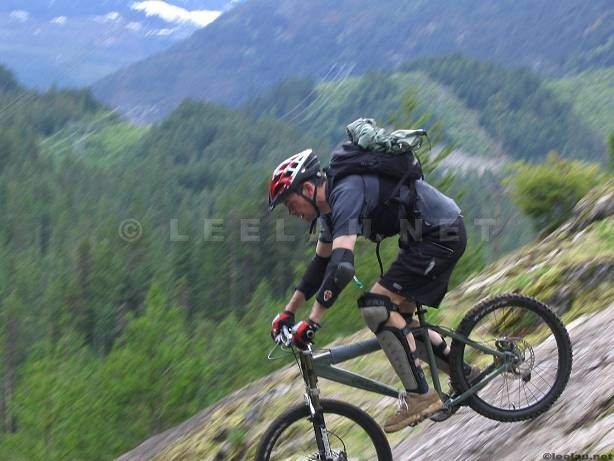 The rest of the trail is flowy and has more rock faces but I’m a little photo-opp’ed out by then and only take pictures of the last move – a series of steep rooty technical granite ledges down to the creekbed that goes to the Nairn falls campground.

Pete on the rock move 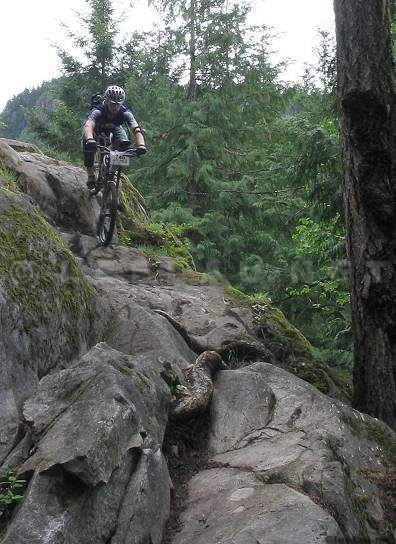 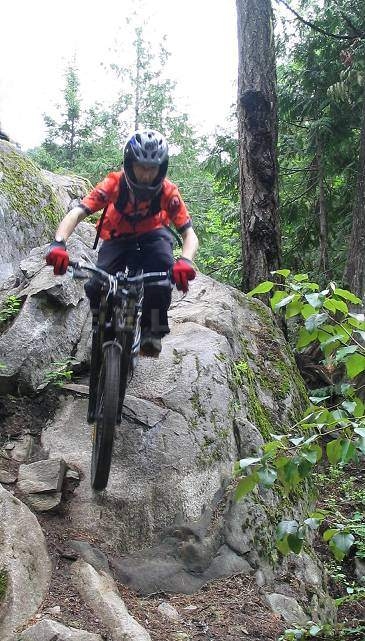 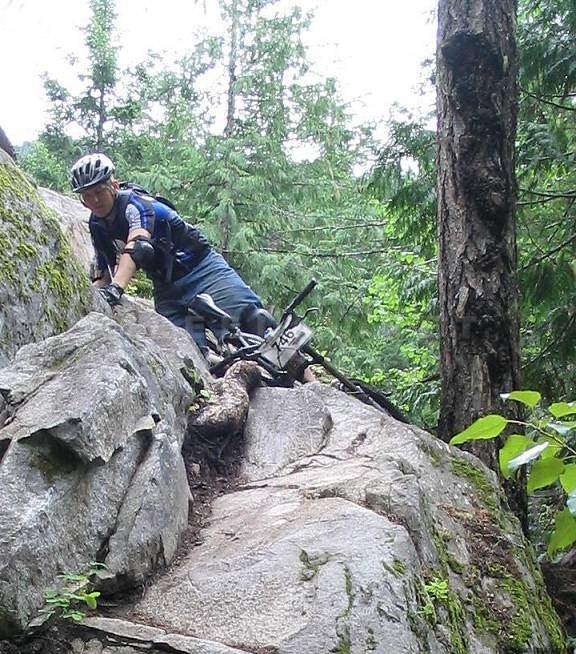 No mechanicals on this trail! Off we are to the second half of the day and up Ivey Lake to Cream

This entry was posted in 2004, bike and tagged Pemberton, phd, tower of power. Bookmark the permalink.