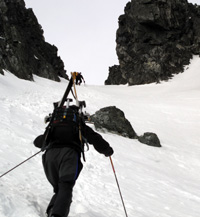 This is the first time we’re getting out into the Blackcomb Backcountry in 2009! Usually by now we’ve skid here many times. With the low snow it just hasn’t been that appealing to get out here. We decided to check it out anyway. The snow was pretty good! But yes, low and the area was tracked out! 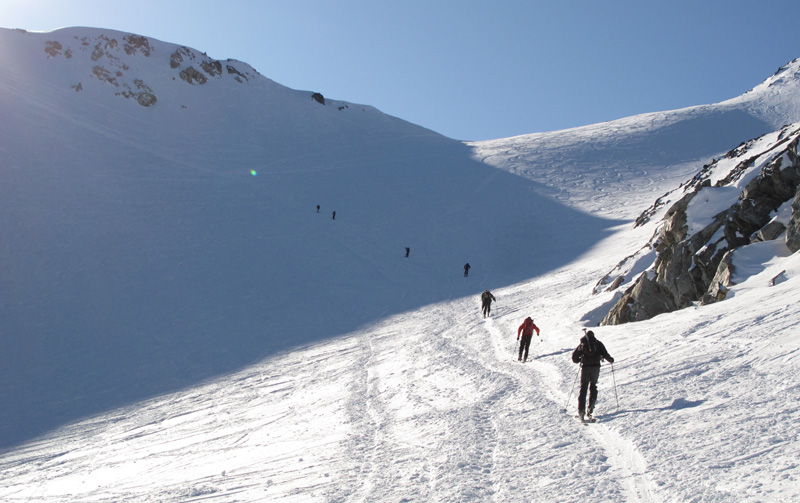 Not the usual hordes

Instead of going down Don’t Swill we traversed a little further around the Spearhead and did a short bootpack up to this little notch. 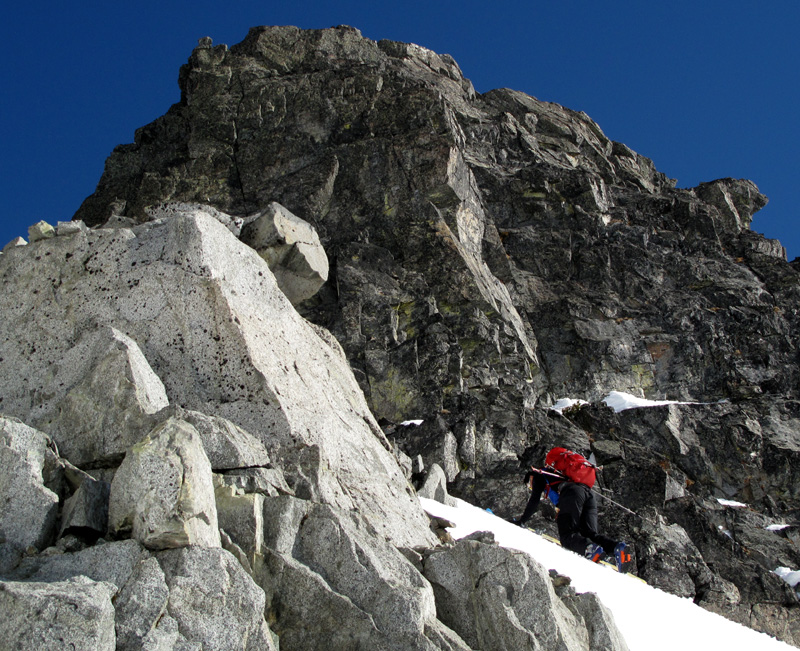 Steve, who is now living in Victoria and is about to be a dad, joined us for one of his few ski days.

Looking across the Spearhead Glacier to the popular slack country destinations.

Phalanx peak is the prominent one in the middle.

Looking back at Don’t Swill. 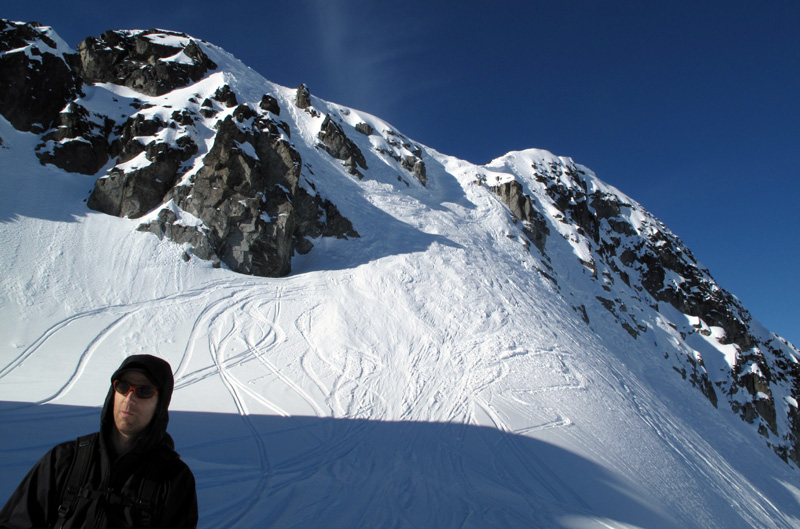 Steeper and sketchier then it looks!

Once at the stairmaster you can look back and see how many people have been skiing here! Ack! You can see the notch we came up beside the ridge of Don’t Swill. 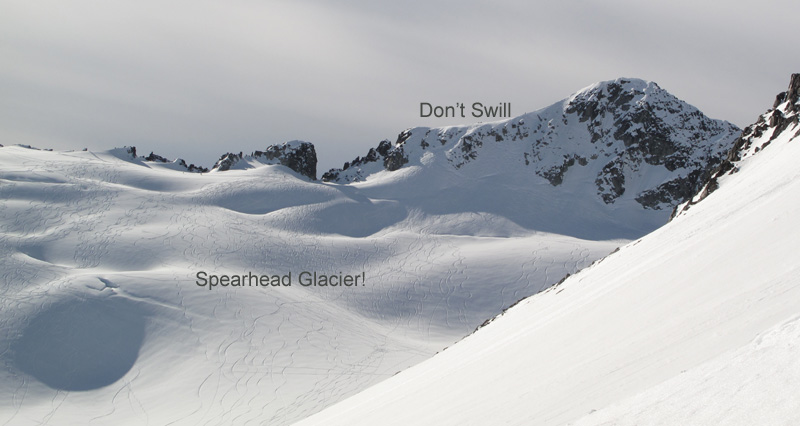 Lee heading up the stairmaster. 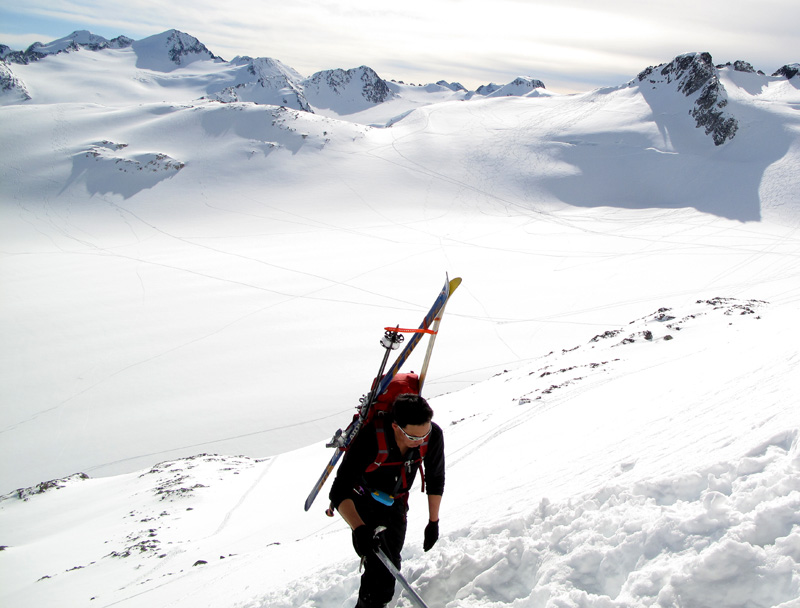 Lee at getting to the top. 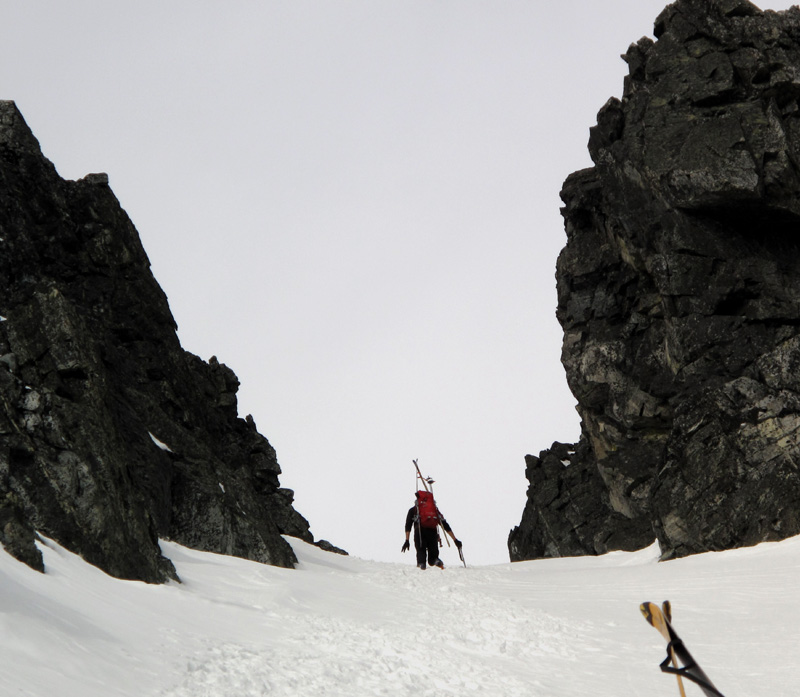 Sharon getting to the top. 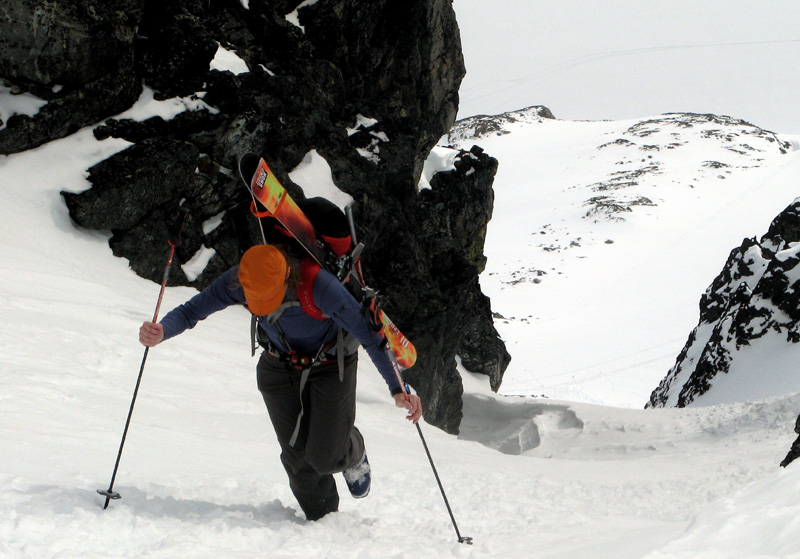 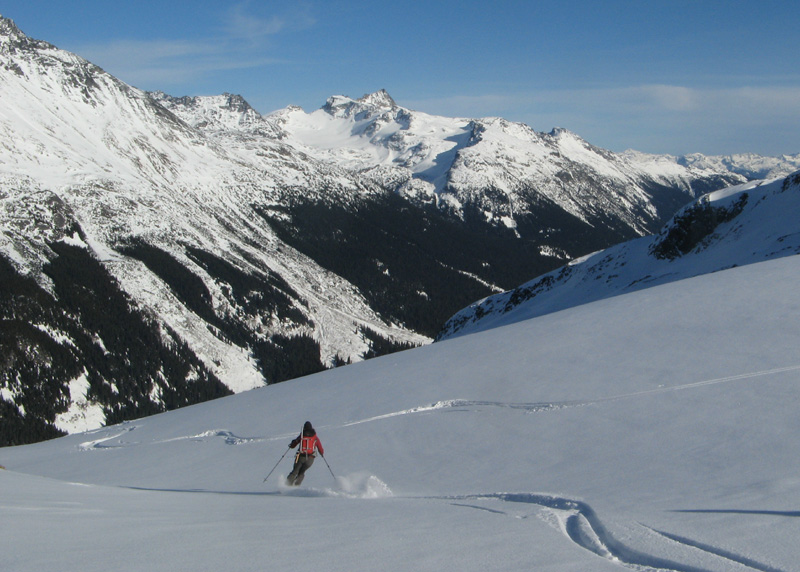 Lee heading down the bony slope. 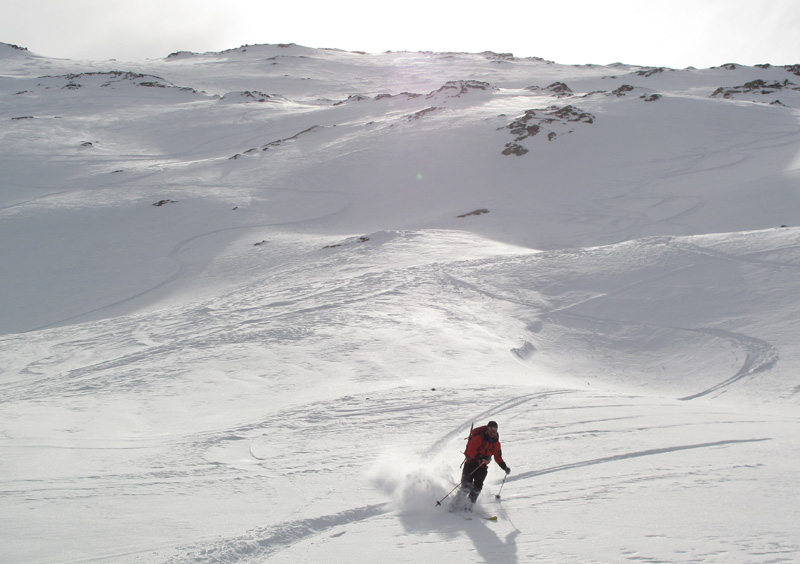 watch out for those rocks! 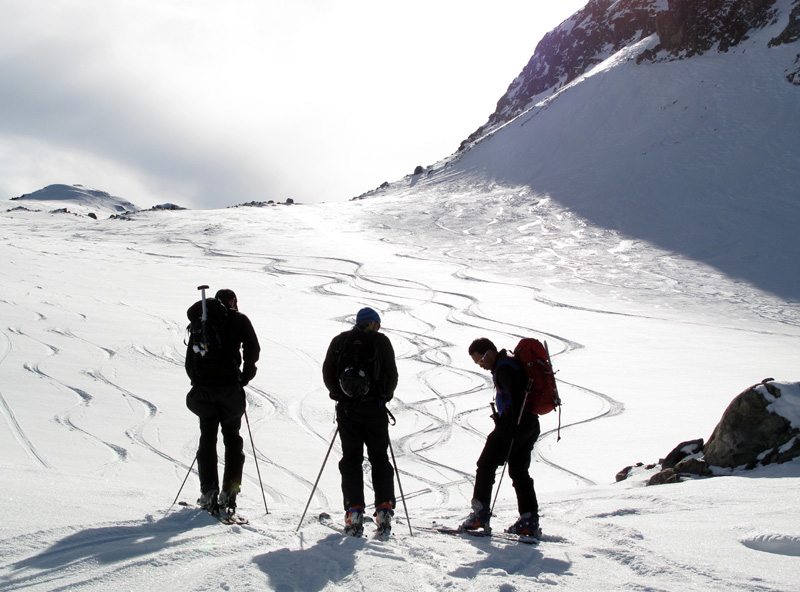 Nice day for a spring jaunt!

Looking at Wedge you would think it was May! 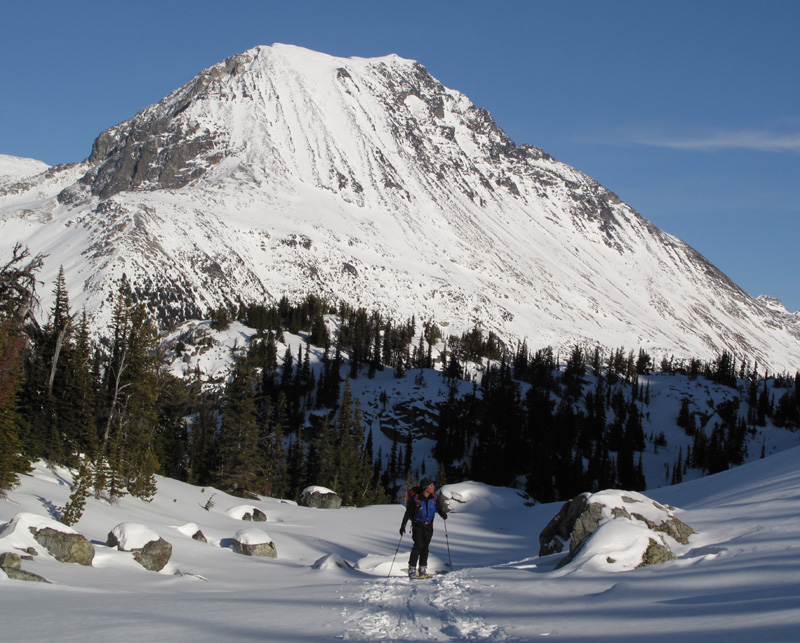 The skin track back to poop chutes was a little dicey. 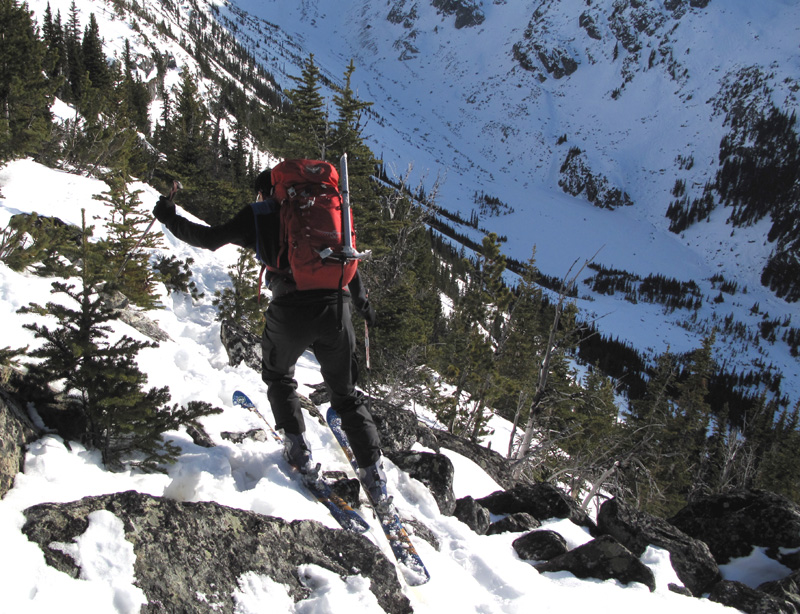 where is the snow! 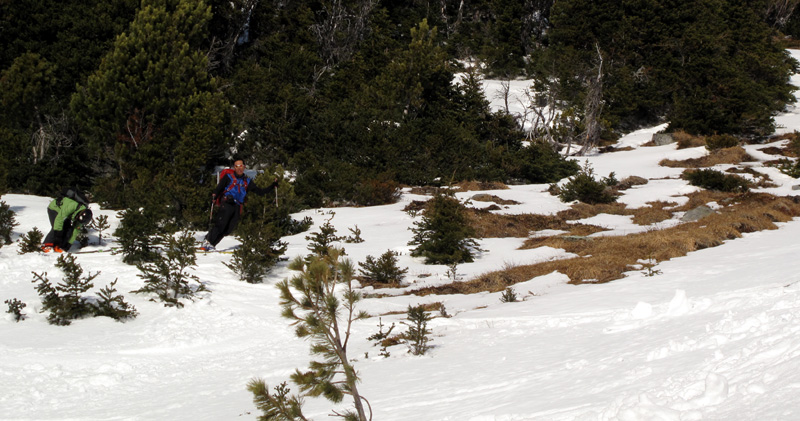 This entry was posted in 2009, ski and tagged blackcomb backcountry, phalanx. Bookmark the permalink.