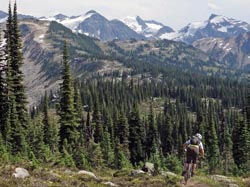 Martha Creek aka Sale Mountain is another classic Revelstoke alpine descent that we keep coming back to ride. We previously rode the trail in 2007, 2008 and 2011. The trail ends at Martha Creek Provincial Campground, 17km’s north of Revelstoke on Hwy 23. You access it from Sale Mt. FSR which accesses a snowmobiling area in the winter. At the top of this 16km road is a Microwave station so the road is relatively well maintained. This drops you into a 8.5km, 1600m descent. Unfortunately the popularity of this trail is beginning to show and some sections are getting quite worn. It’s best ridden on a bike with at least a good front tire, as there are quite a few loose chundery sections. Martha/Sale is still a good ride in Revy that you can do in 2 hours, less then three for the return shuttle. It also ends at a lake which is good fortune for those hot hot days

Since we were there for Bikefest Revelstoke, Matt Yaki from Wandering Wheels was offering complimentary shuttles on Martha. Thanks Matt! If you’re in Revy and are looking for a shuttle, guide or instruction check out Wandering Wheels! 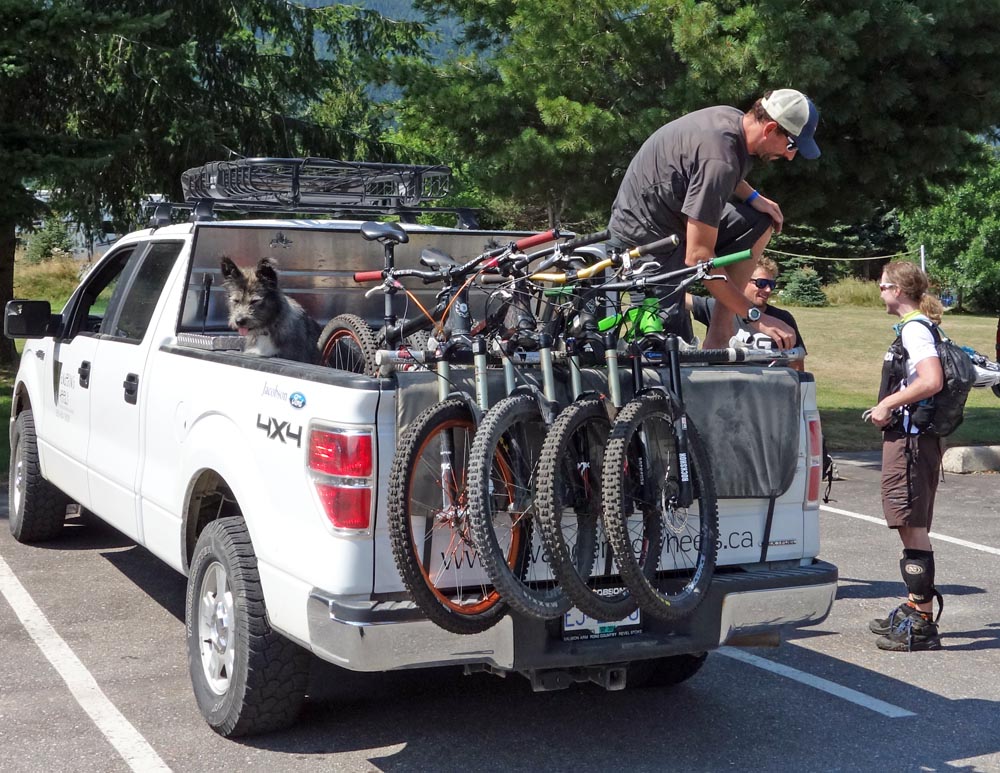 Matt packing the bikes on his very skookum rack, two other people joined us.

Pano at the top of the road ( click for larger image)

Lee and his Covert 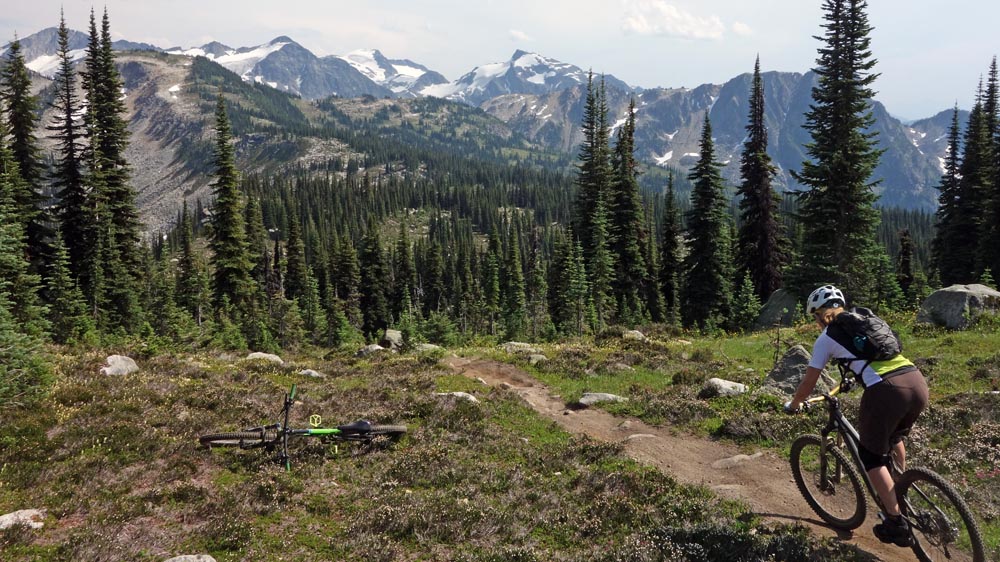 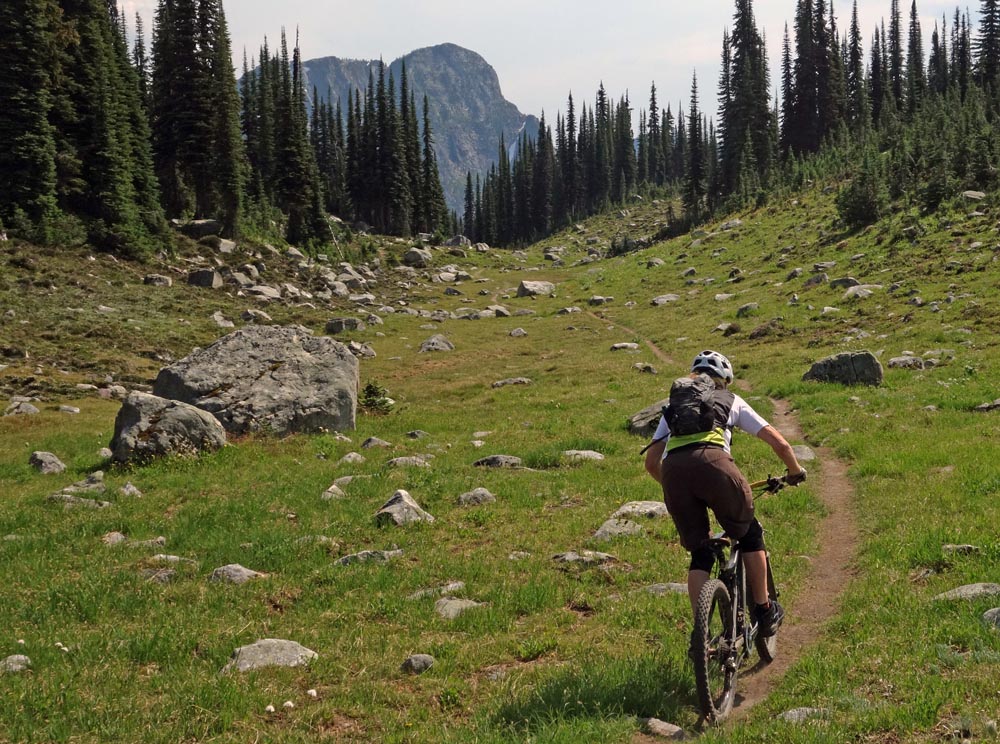 Lee totally getting his Dre on!

The bridges get pretty beat during the snow melt and when the creeks run high in the spring. This was recently fixed. 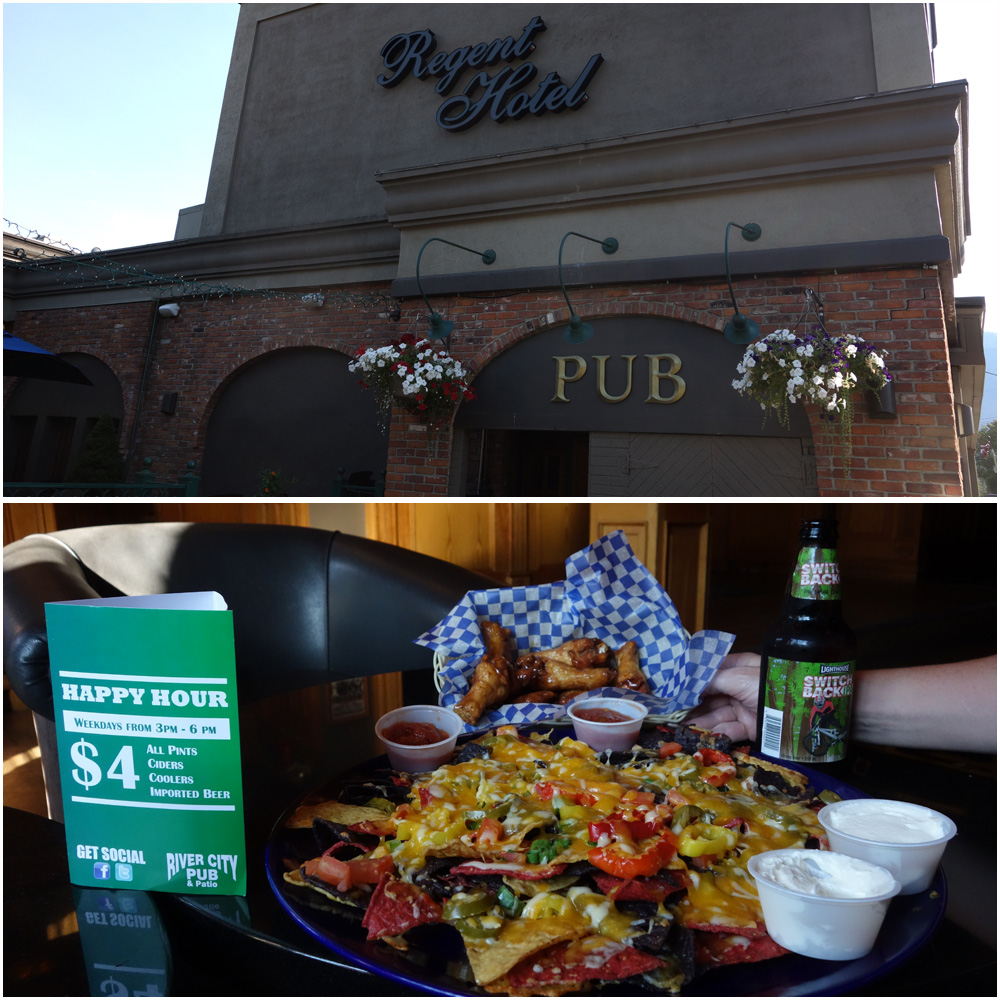 Then we had dinner at the River City Pub in the Regent Hotel. Good Nachos and food!

We became enamoured by the Mt MacPherson area in 2007 when it was ridden by a fraction of the people who now ride and consequently more duffy and raw. Since then it has become busier, more maintained and like most places that become popular had to be reworked to appeal to the common denominator rider. It’s still a fun place to ride when you want some flowy trails, but it now has more of that generic nature most areas are developing with the IMBA sustainanable flow feel. Kinda loses some of its original flavour, but its understandable that trail systems that previously only catered to enthusiasts now also have to cater to newer riders.

Note that in the trails above Highway 23 you can still find tech xc gems (Root Down, the remnants of Super Happy Fun left behind after the clearcut and parts of Tantrum in particular). The trails below Highway 23 in particular tend to retain their original rooty, rocky character and will probably be in a handful in the wet. In the dry conditions we rode those trails (particularly Foreplay and Sex on the Beach) were a blast

You can buy an Iphone App of the area, or download a .jpg HERE.

Area is mapped and well signed. 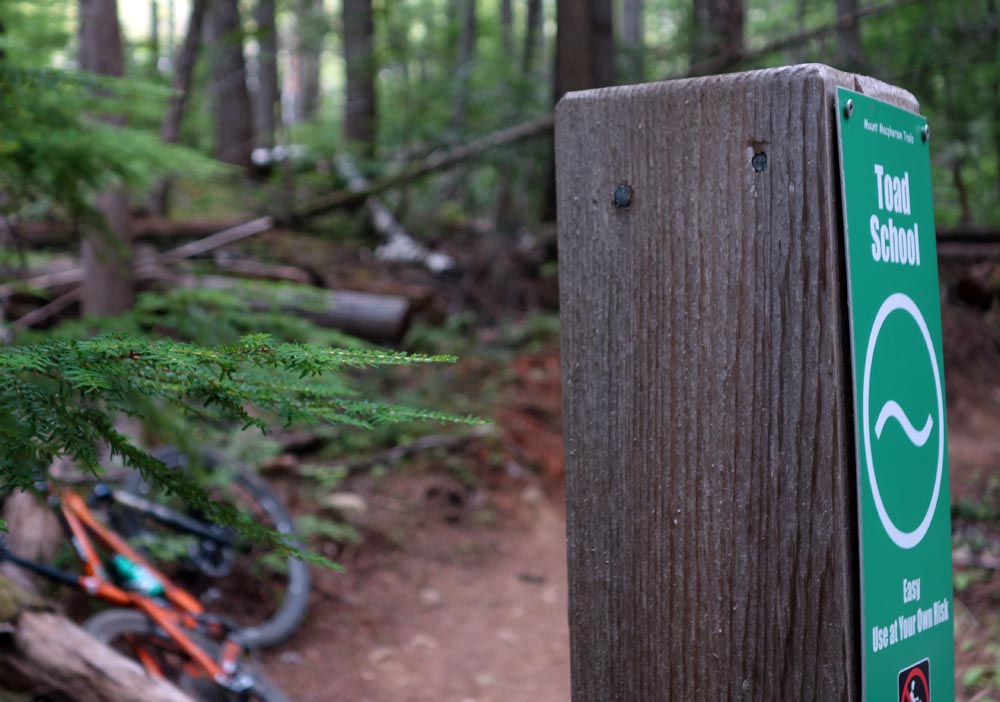 These posts weren’t here the last time we were here! Kudos to the RCA for mapping and signage 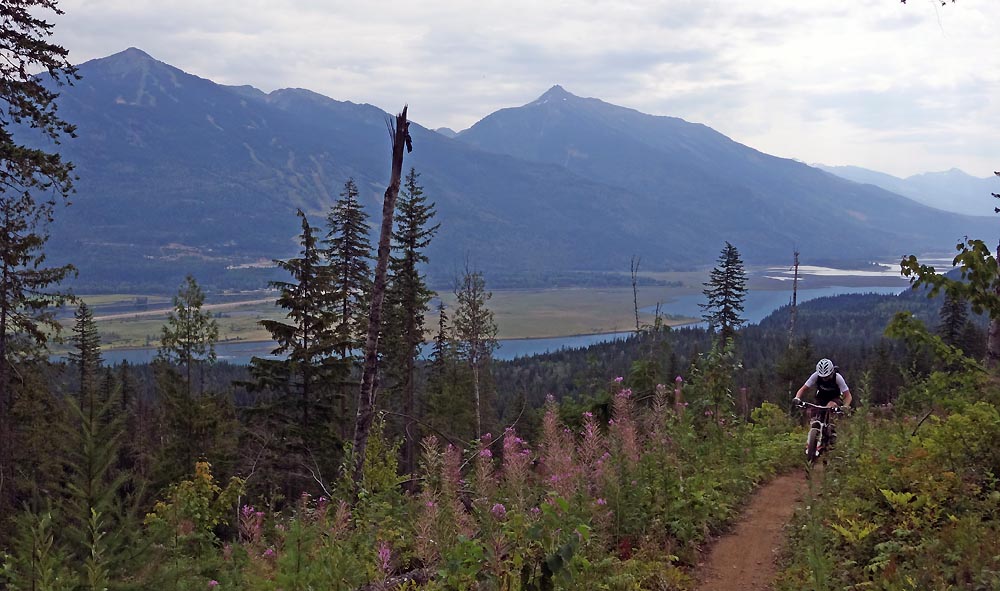 With clearcutting comes views of Mt MacPherson and Cartier across the Columbia.

This trailhead to Super Happy Fun used to be in the trees. (Left picture from 2007, Right from 2013) 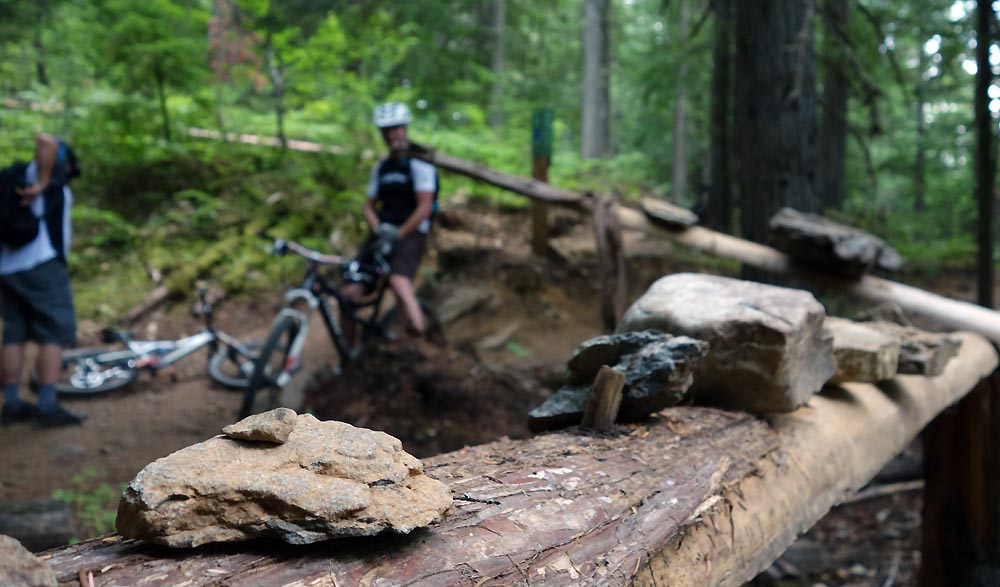 Cool Helicopter rotor contraption at the top of Flowdown, their machine built IMBA style trail that would be great for beginner riders 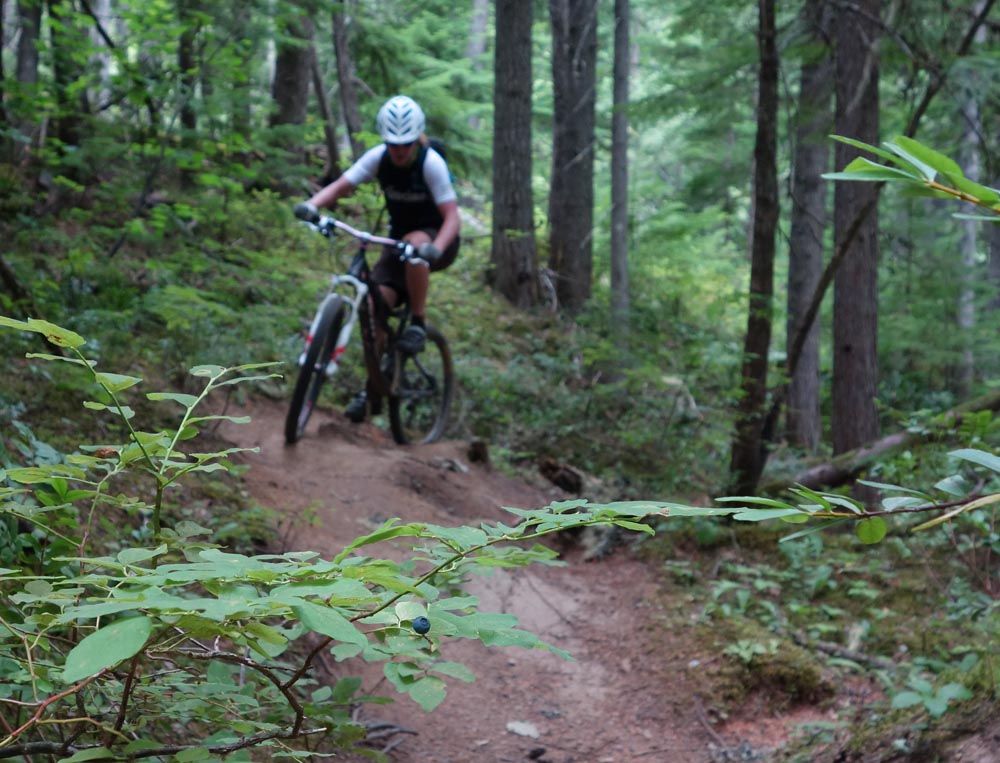 We only did part of Flowdown since it was not really our style and headed back to the main network to ride Super Happy Fun Trail and Tantrum which still retained their more natural character. 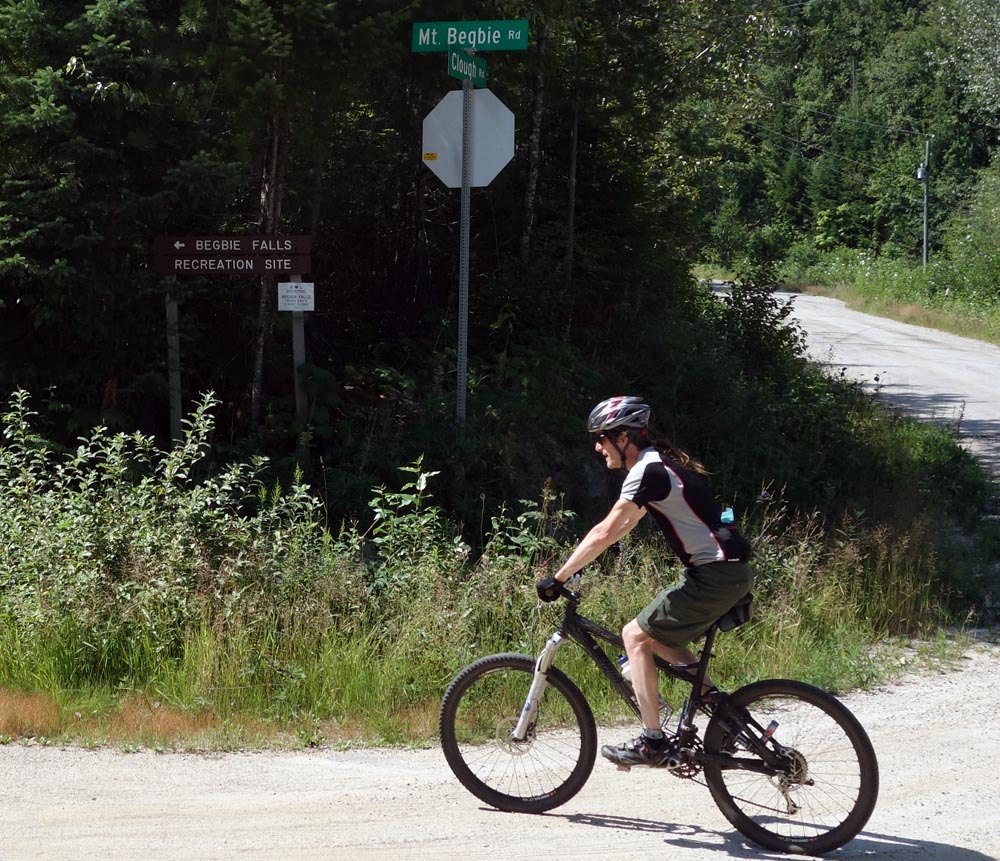 We also checked out the trails below highway 23 with Doug. These trails which had more of the old school flow. 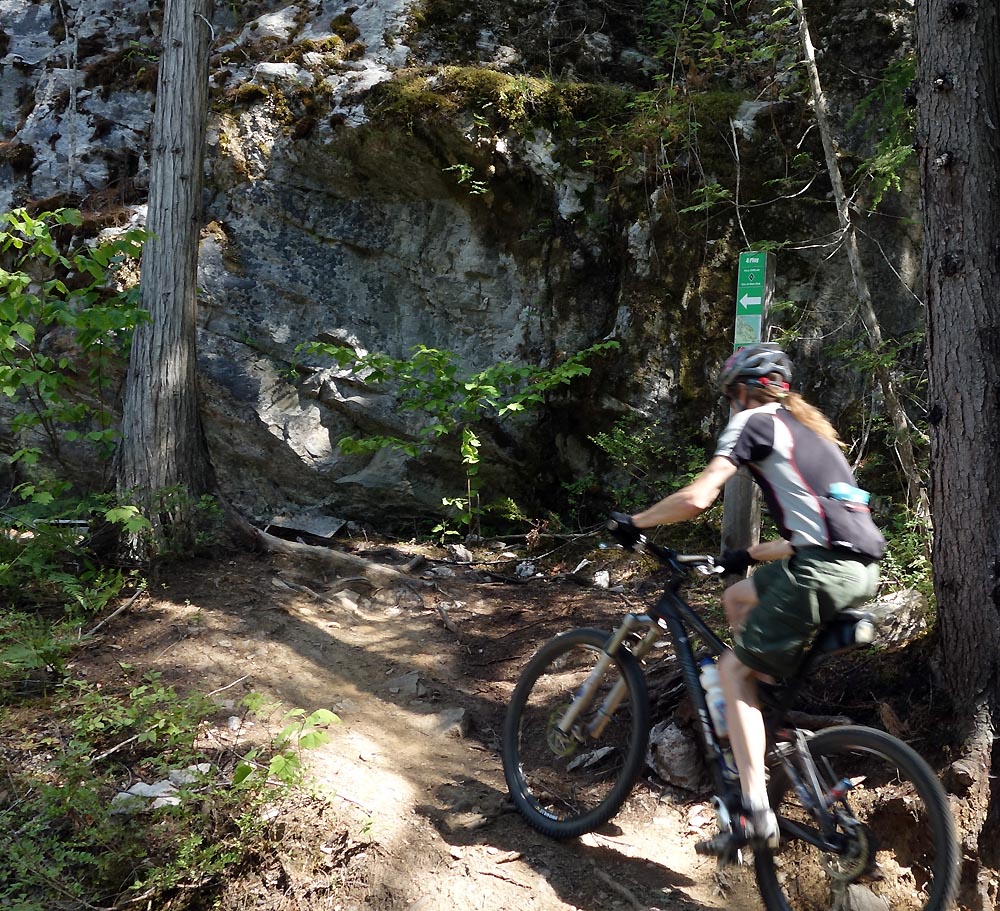 The first pitch on 4play… 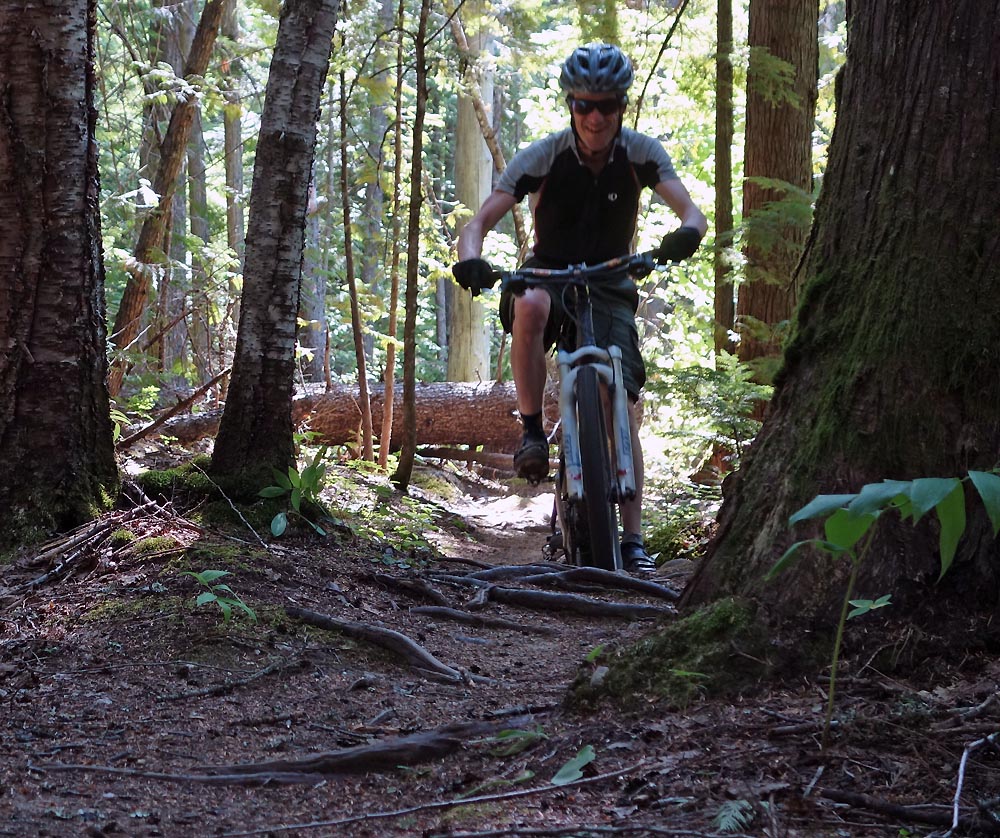 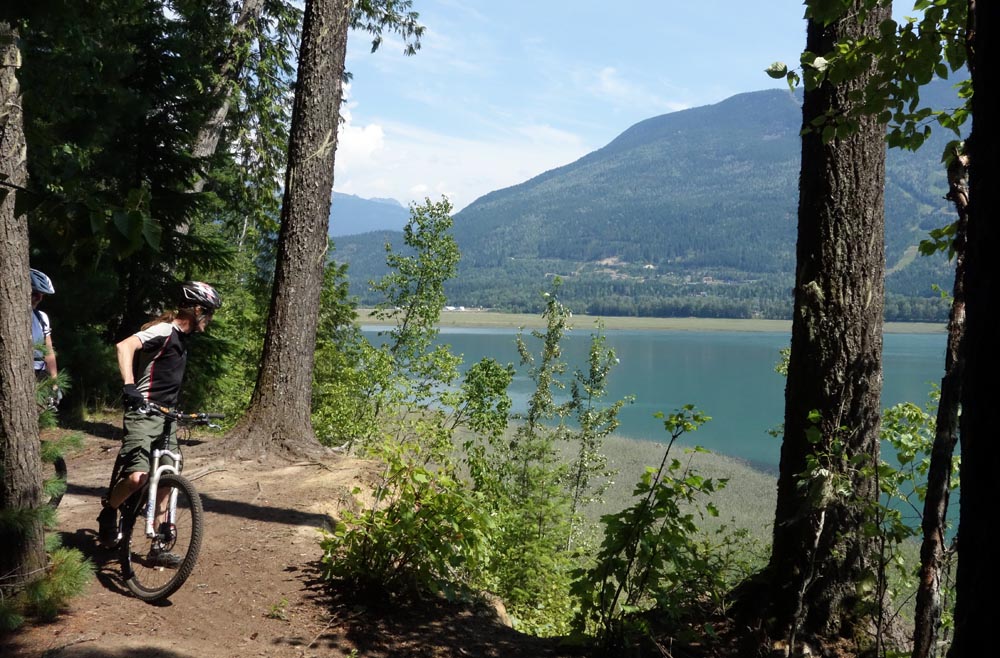 This trail merged with Sex on the Beach which is by the lake.

Still has some techy sections! 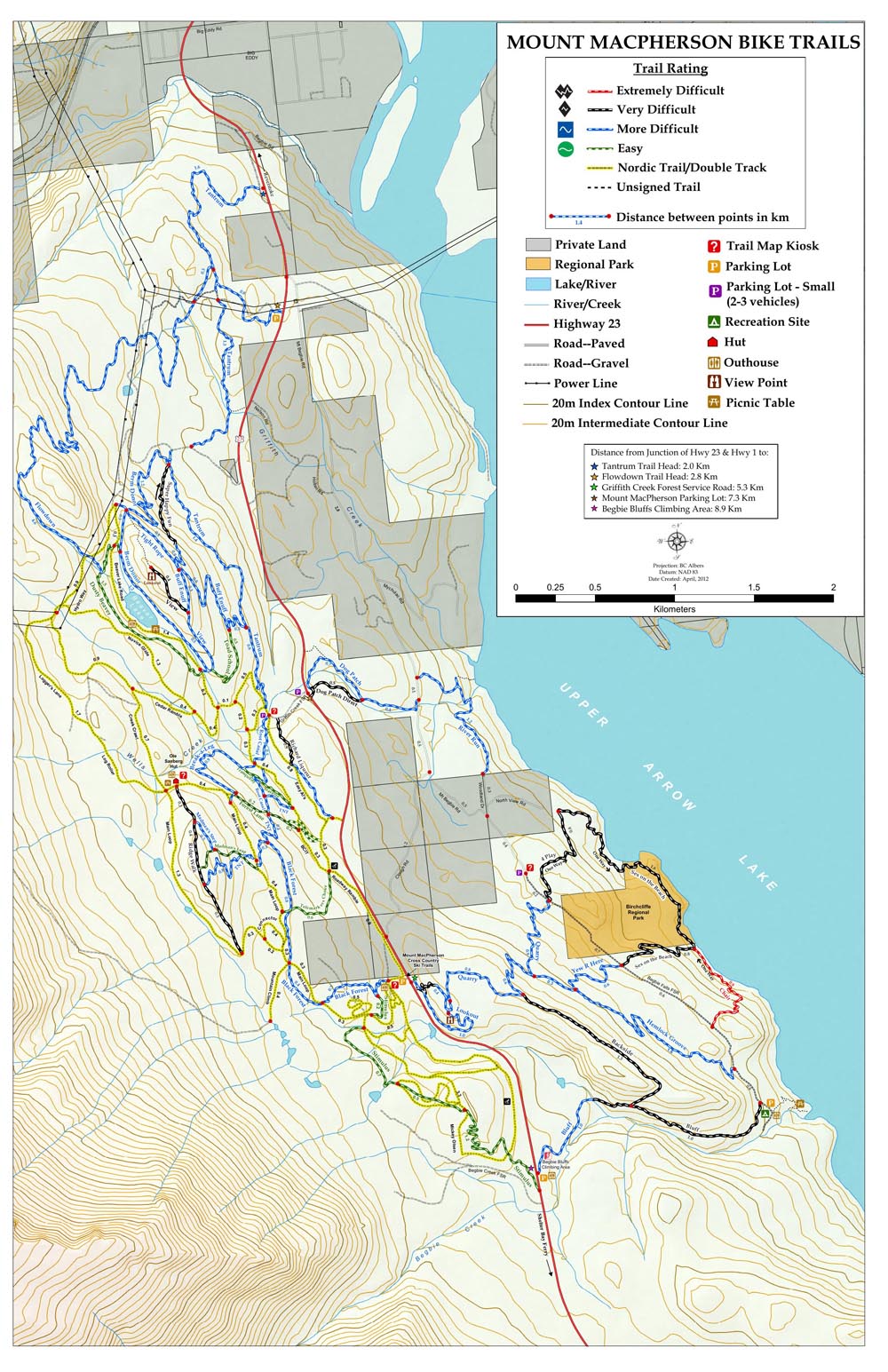 This map can be found HERE.