The Moonrakers and the CBT trail systems 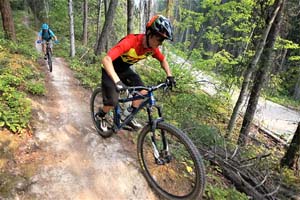 As you travel east across British Columbia you go over Rogers Pass and mountain bikers might wonder, why can’t you ride here? Cause most of it is in Parks Canada and you are forbidden. Fortunately there is a mountain bike sanctuary in Golden, the town east of Rogers Pass.

Golden, BC. is a working town with an industrial veneer. Peel off the first layer of the Golden onion and you immediately dive into the “secret” of easily accessible alpine combined with a burgeoning network of mountain bike trails. Golden has a long history of mountain biking (look up Mount Seven Psychosis for example) but has, relatively speaking stayed off the radar. Through massive effort by the Golden Cycling Club via local volunteers and area businesses in the more beginner/intermediate side of the trail systems, plus investment from locals and the Columbia Basin Trust, the Golden cycling trails are now achieving the cohesion of a network and is now becoming known. 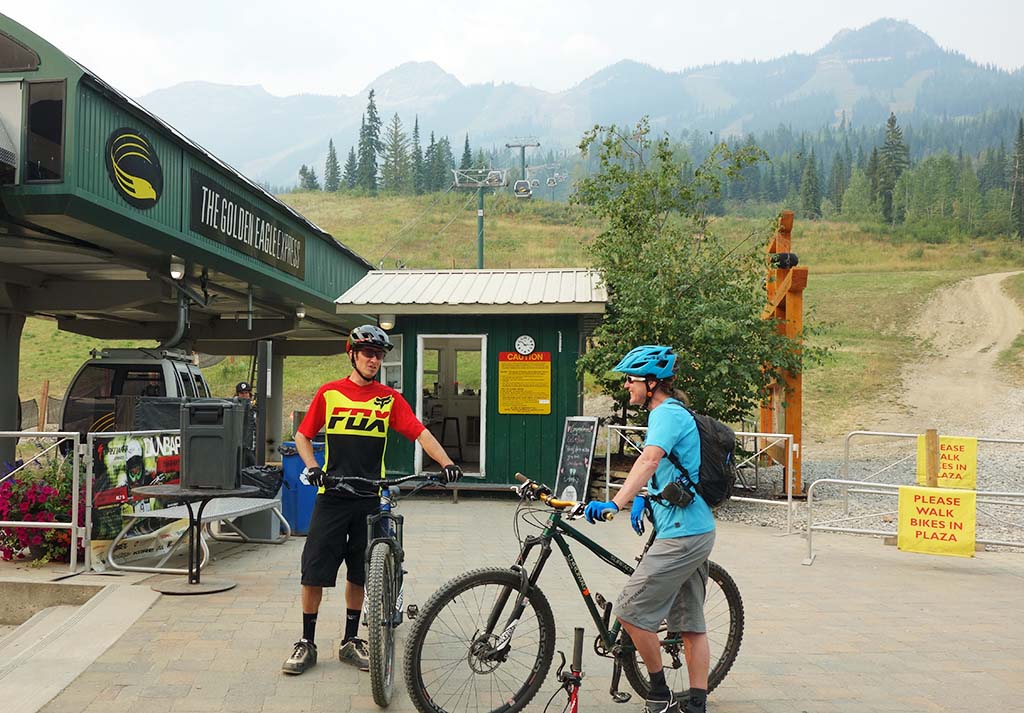 We made arrangements to ride with Ryan Harvey who wears two hats; as a director of the Golden Cycling Club and the Summer Ops Manager of the Kicking Horse Bike Park. Our day started by meeting Ryan at the base area for an XC ride in the Moonraker system. KHMR kicked in for the Scalli Mag trail which connects from the resort to the remainder of the Moonraker system.
It’s a point of note that the Golden area cycling trail system has vastly expanded in the past few years. As canvassed in the Economic Impacts of Mountain Biking article of 2014 the Golden area attracted a fair number of mountain bike visitors in 2011 with Golden’s location on the Trans-Canada highway and accordingly, the ability to ride in Golden as part and parcel of a longer BC-Alberta-wide road trip being a big selling feature. Many visitors reported wanting to experience a wide variety of trails.

With the guidance of Ryan we were able to sample a good chunk of the Moonrakers and take a nice bit out of the CBT area during the day. Unfortunately due to a force of nature massive windstorm, the Mountain Shadows trail area was unridable. What we found was that the Golden club’s volunteers and one paid builder has managed to weave new trails to in-fill the Moonrakers and build out a new network in the CBT area. This results in an immensely entertaining trail system of high quality trails 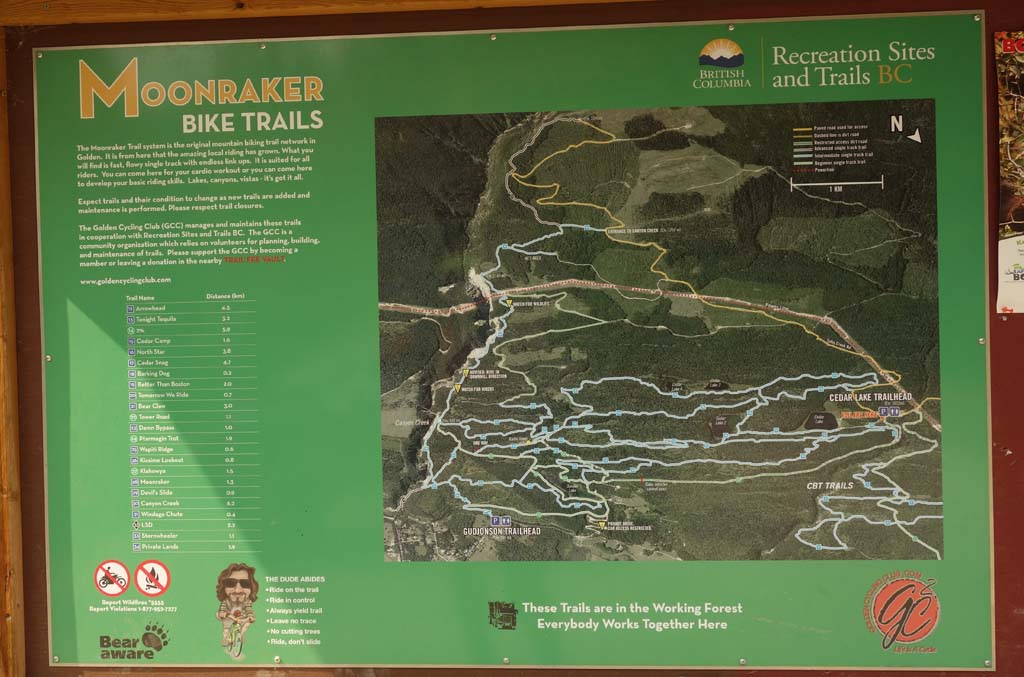 The trail signs in the Moonraker system are funded by community groups and RSTBC . This one is at the main parking lot. 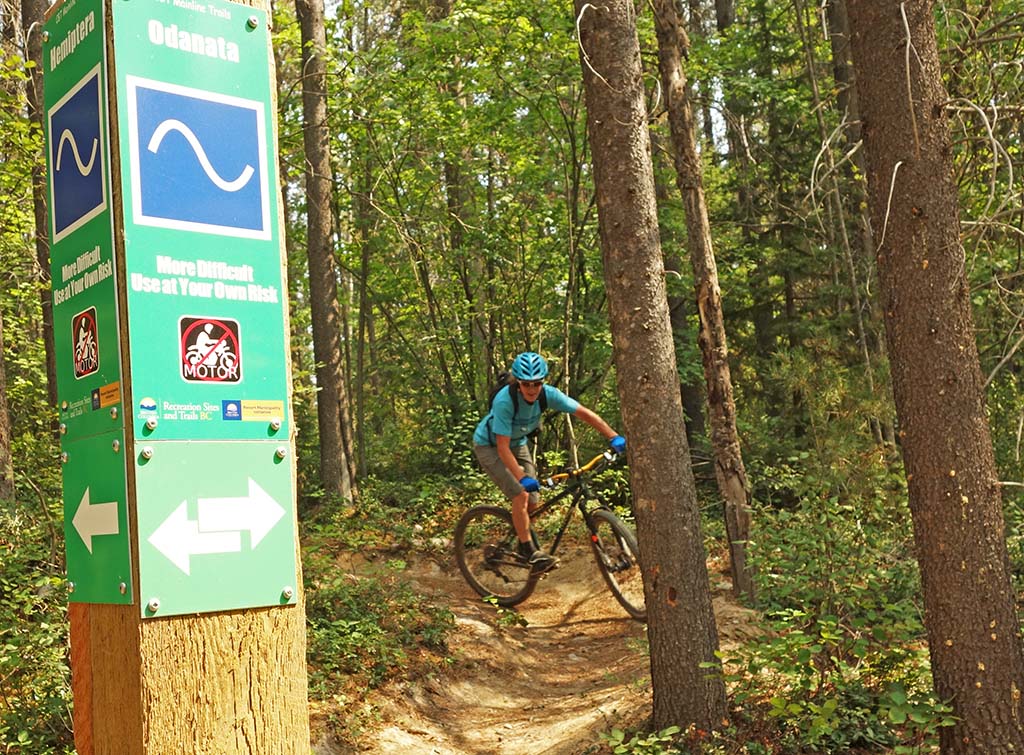 This is a well signed network 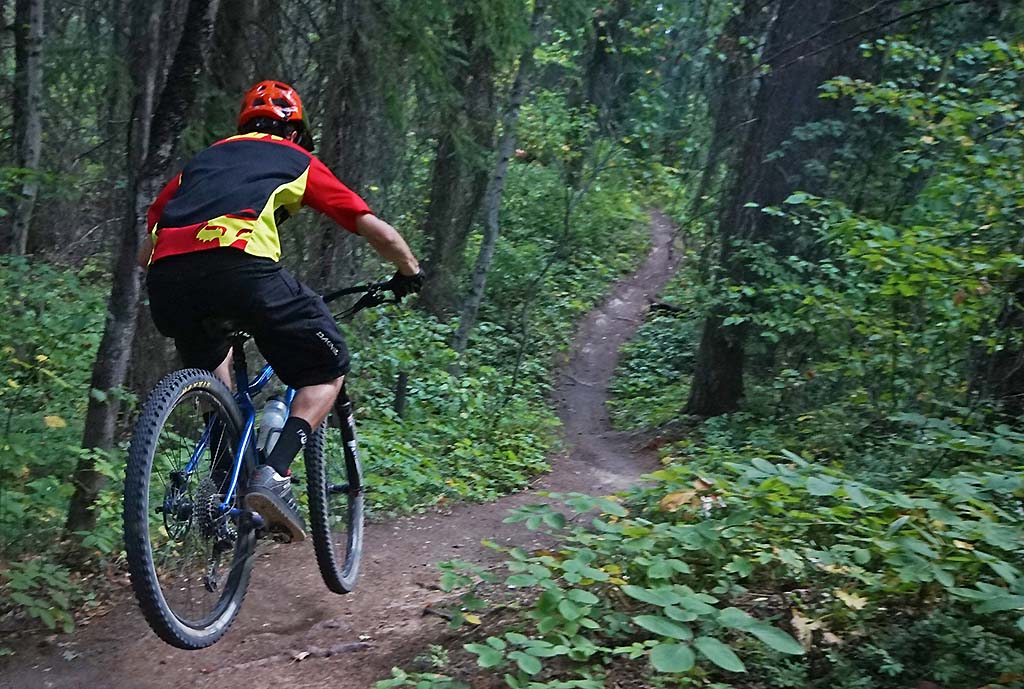 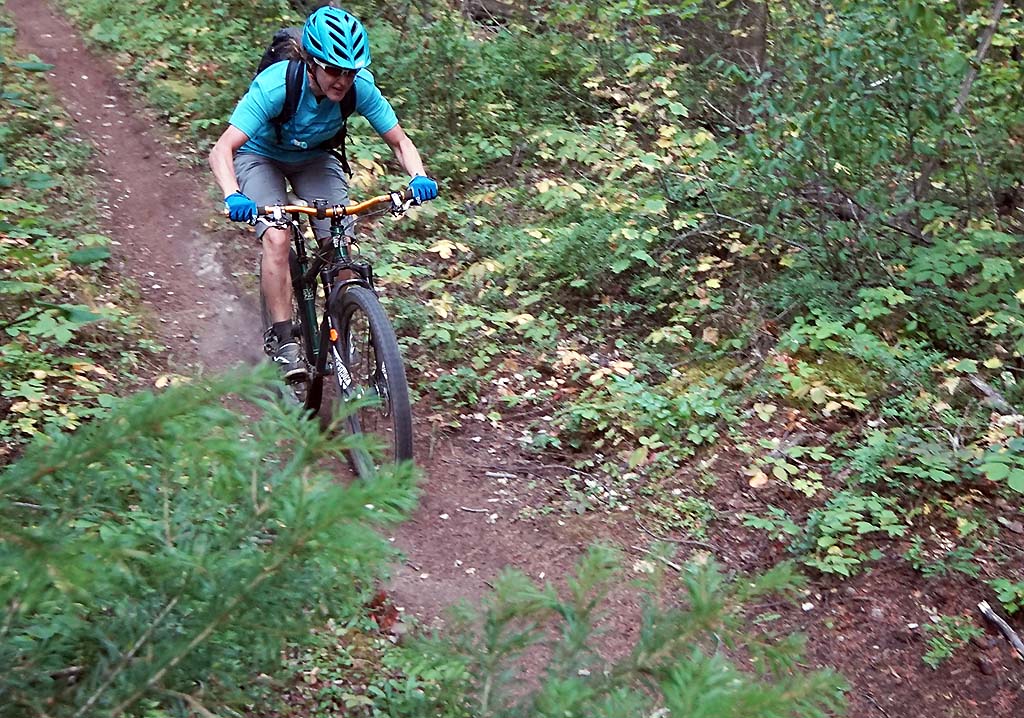 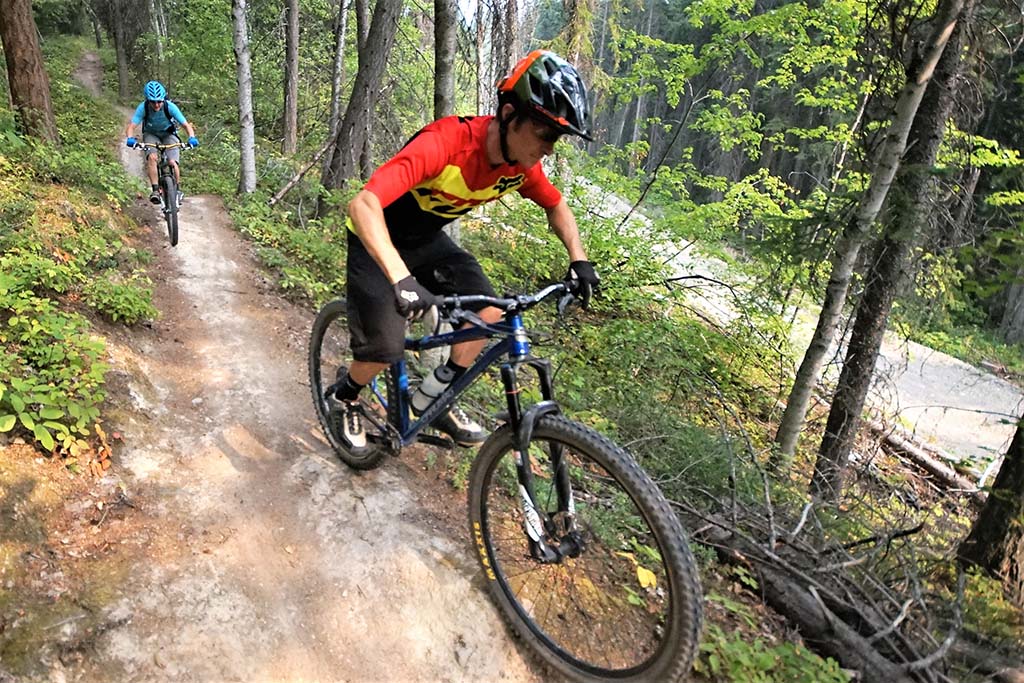 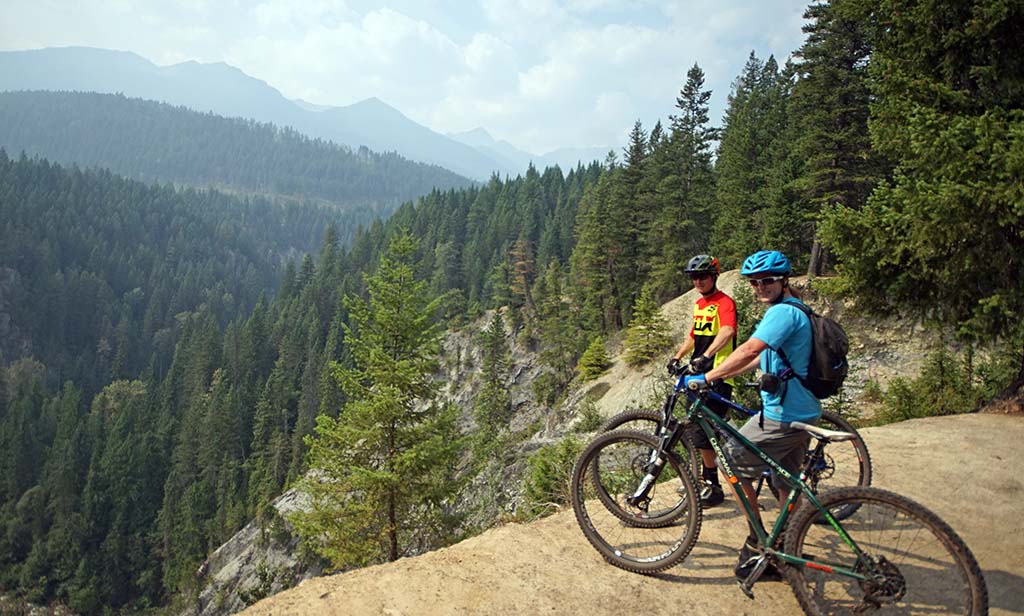 Viewpoint to the Canyon. 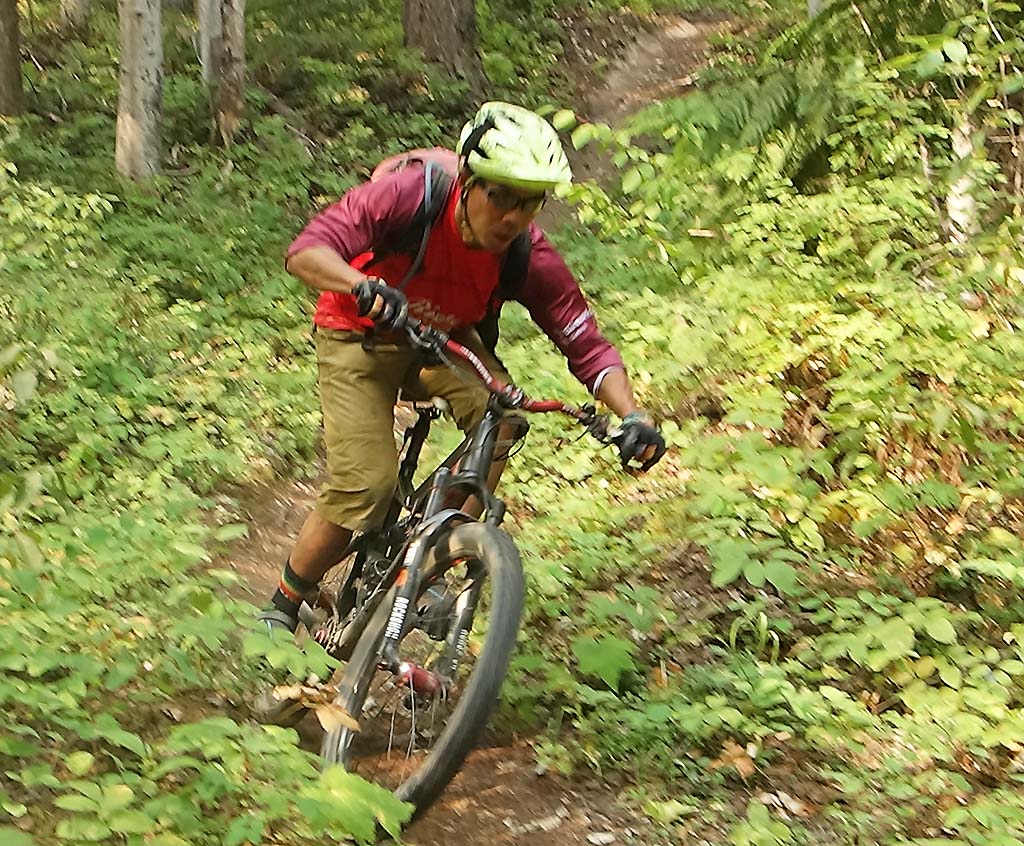 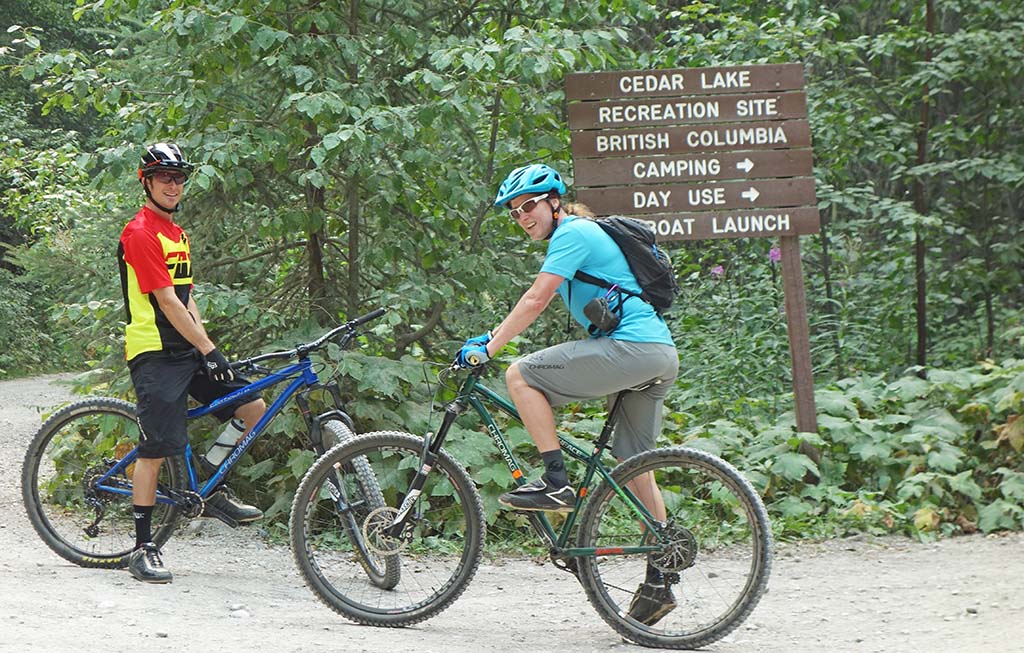 Public camping is available at the Cedar Lake campground – how nice is that trail side access!!

We stayed at the Glacier Lodge up at Kicking Horse. It has a good sized room that’s well equipped for bikers. The laundry, kitchenette are especially well thought out! 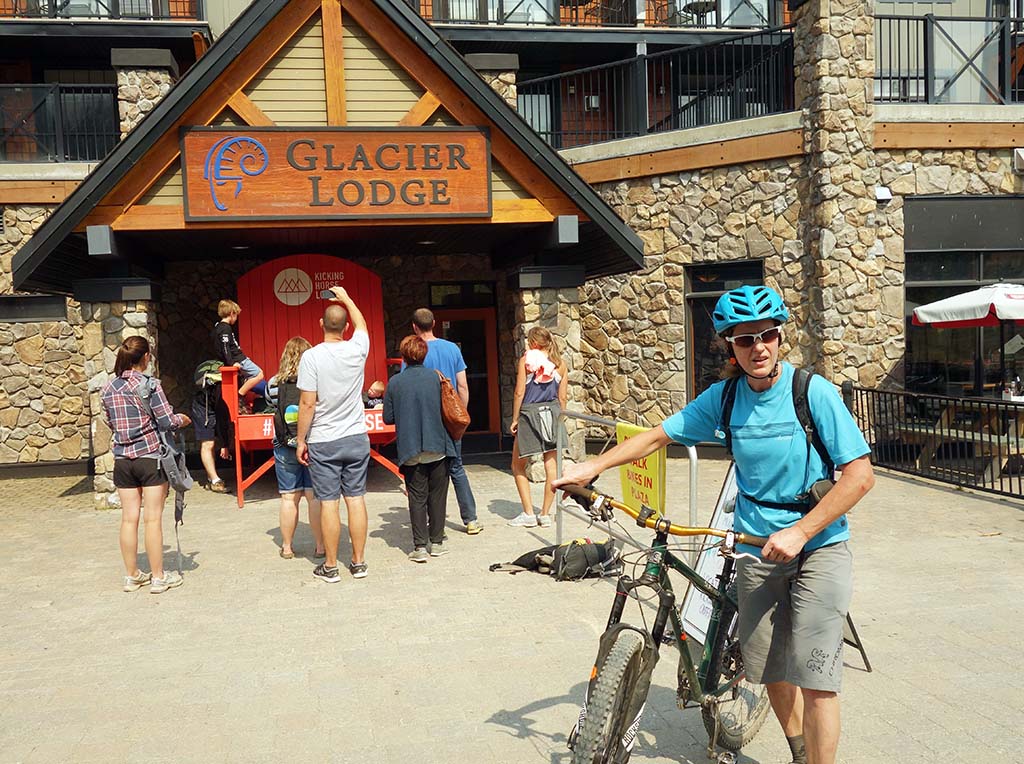 Glacier Lodge rear opens on the gondola line at KHMR 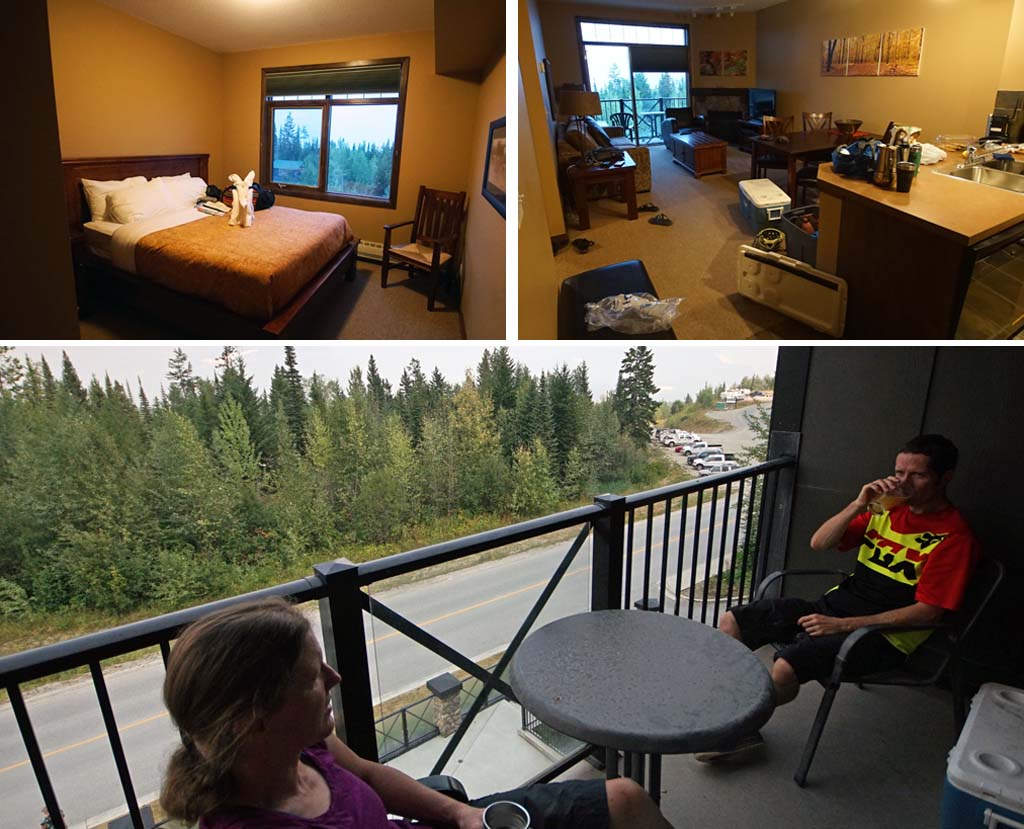 Glacier Lodge interior and its balcony – perfect for apres 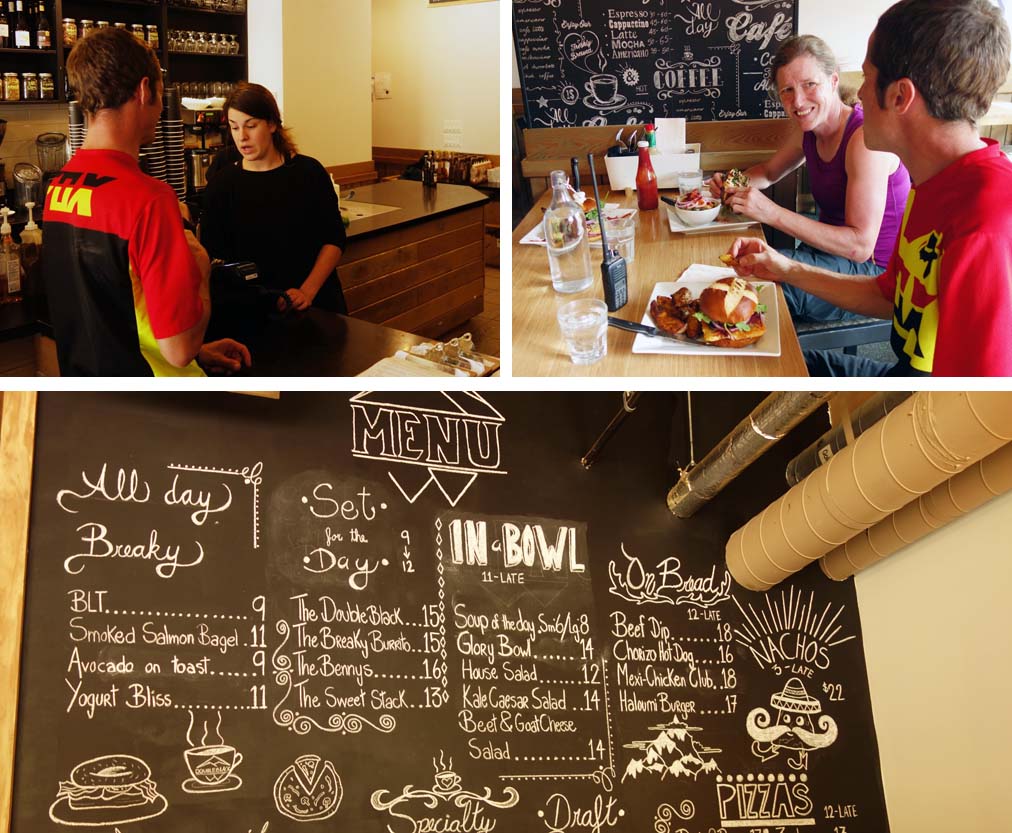