We arrived on a Sunday evening and decided to camp near Canmore since the weather was being unpredictable. The Surrey Hick Kids ExtraordinaireTyler and Nigel joined us for our first three rides in Kananaskis Country. 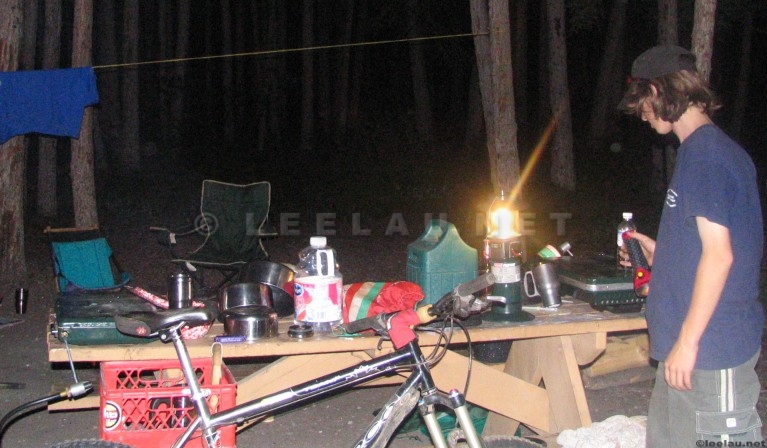 During the mornings we were often visited by the Common Squirrel. Lee, being the sensitive guy he was became the camp Protector by chasing the squirrels away. This guy was lucky this morning… Monday’s Ride took us to Moraine Lake in Banff National Park. The Valley of 10 peaks. You cannot often ride this trail due to the presence Grizzly Bears so when Lee found out it was safe off we went! This 9.8km Trail climbs to 2055m before descending into Moraine Lake. The climb is steady and for us Sea Level folk hard enough! 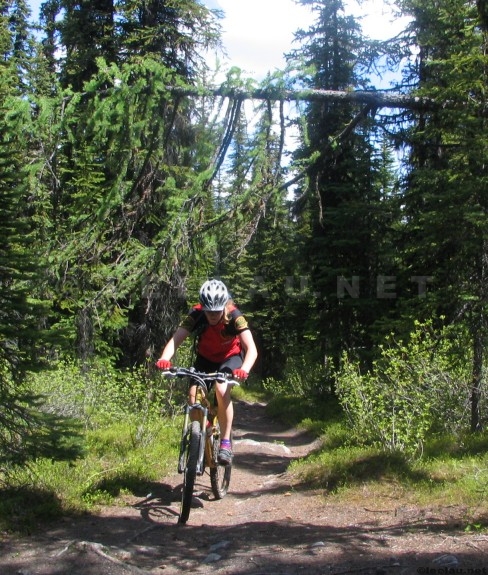 Near the top of the climb, we get our first glimps of Moraine Lake and the surrounding mountains. 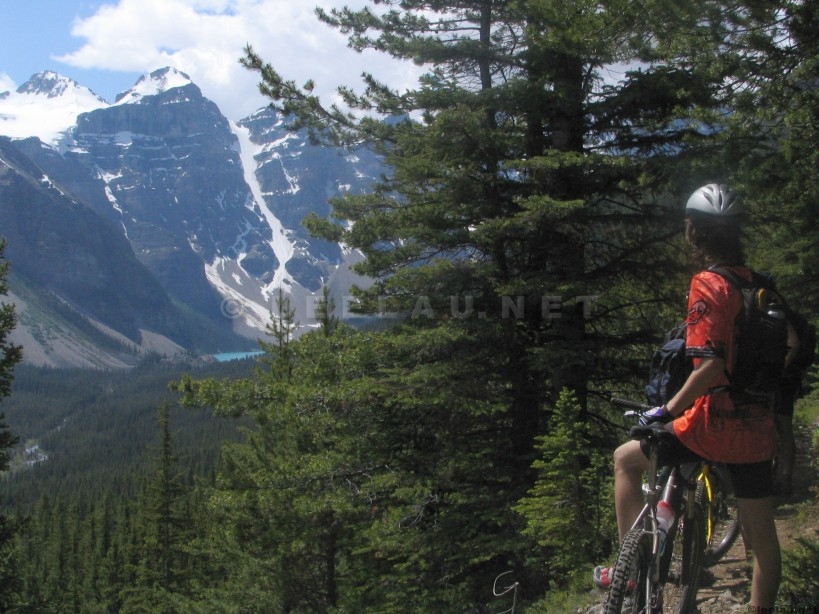 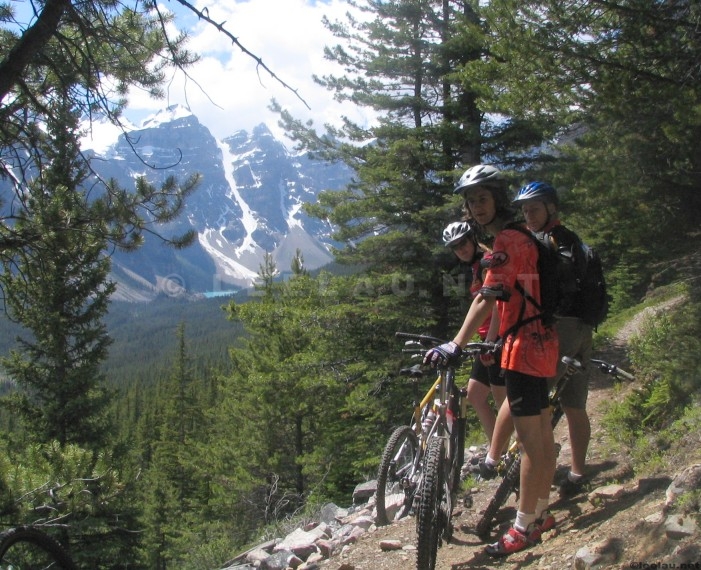 The trail skirts the side of the slope

as we ride through the Alpine Flowers. 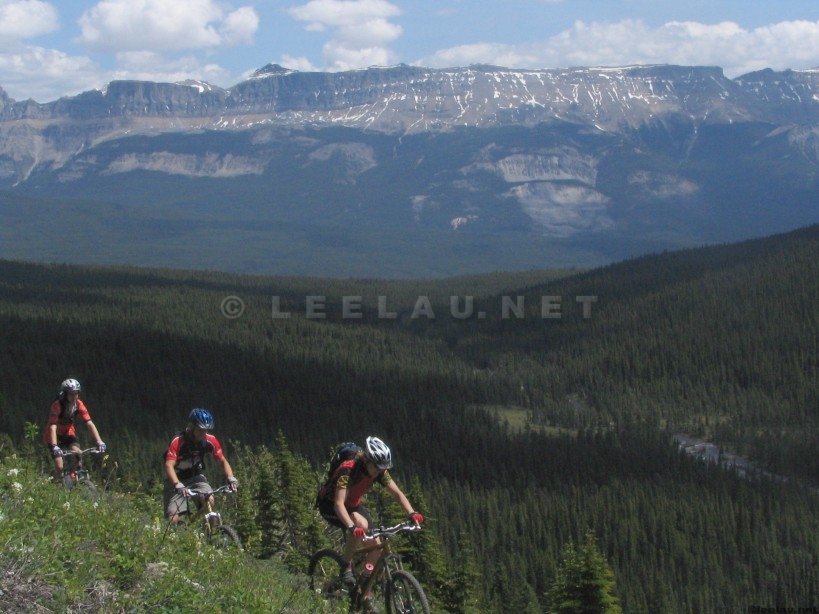 Once at Moraine Lake we are surrounded by the 10 peaks and cold snow fed lake.

After lounging by the lake side we return on the same trail.

The snow is still melting and feeding the lake. 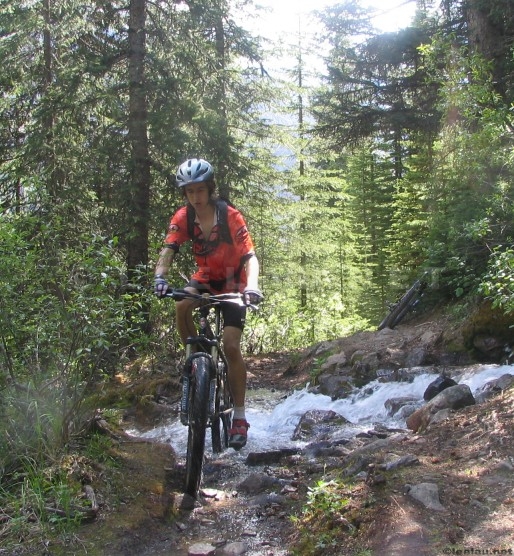 While the views are behind us the trail is still a fun ride! 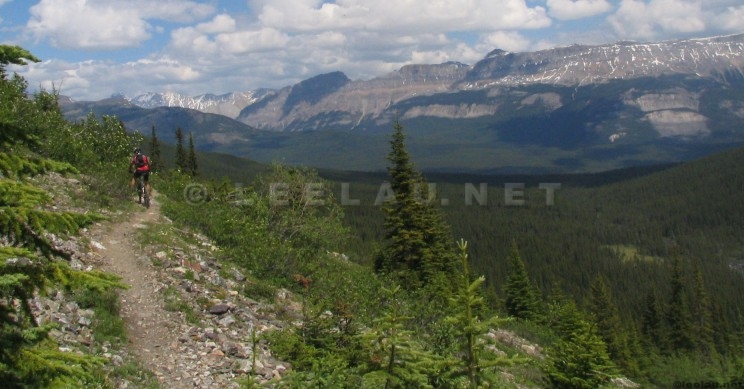 Lee stops to ponder the view. 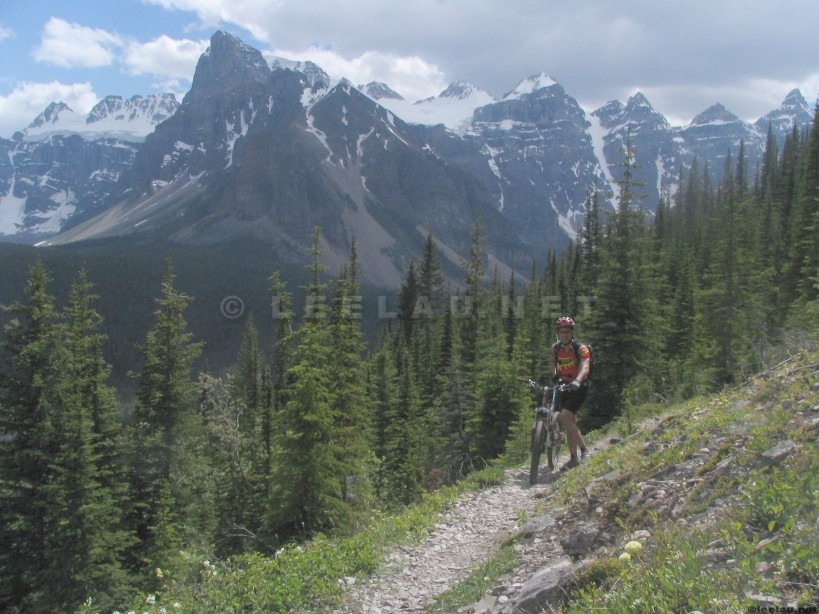 After this warm up ride, we drive through Banff to be reminded why we prefer to camp, then prepare for the next day of riding.

Unfortunately we didn’t ride on Tuesday due to some unforseen car problems, rocks and thunder storms. Day three of riding on Mist Ridge with Greg from Canmore more then made up for this day of rest.

This entry was posted in 2004, bike and tagged moraine lake, rockies, volvo. Bookmark the permalink.