A big high – pressure followed by rain at high elevations had pretty much put Coast skiing on hold. All the snow I could find – wind-hammered or rain-soaked. Big alpine traverses – no visibility. We still had no intention of breaking out the bikes and lycra. When Jimmy, Andy, Sophia and Alison mentioned they were going to Rogers Pass and the Best Western still had rooms at skiers special we jumped right on that train. 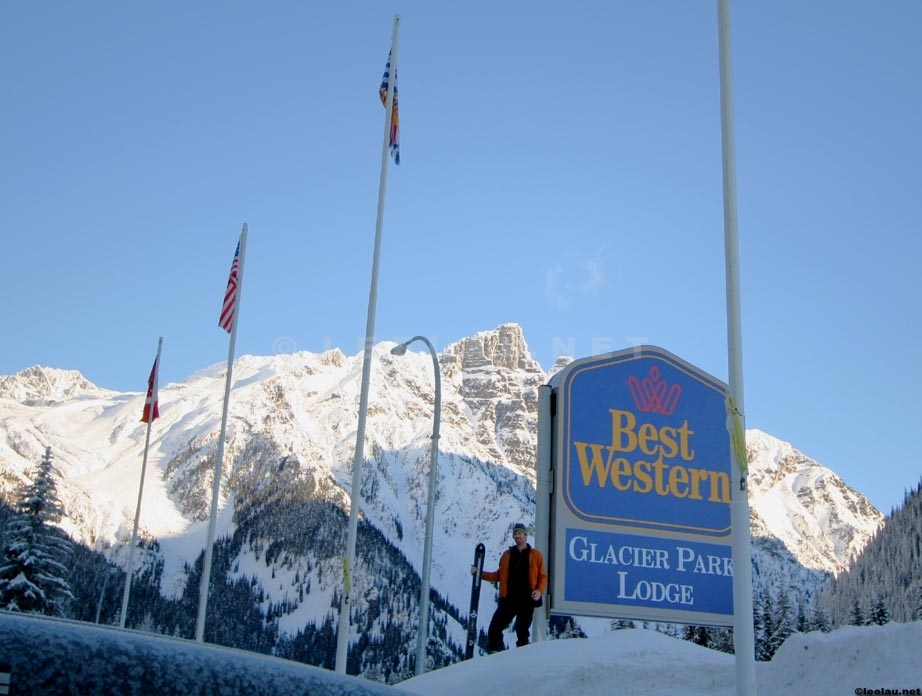 We split into two groups. Joining Sharon and I was Rob, Tim from Seattle, WAand Kendall from Park City, UT. 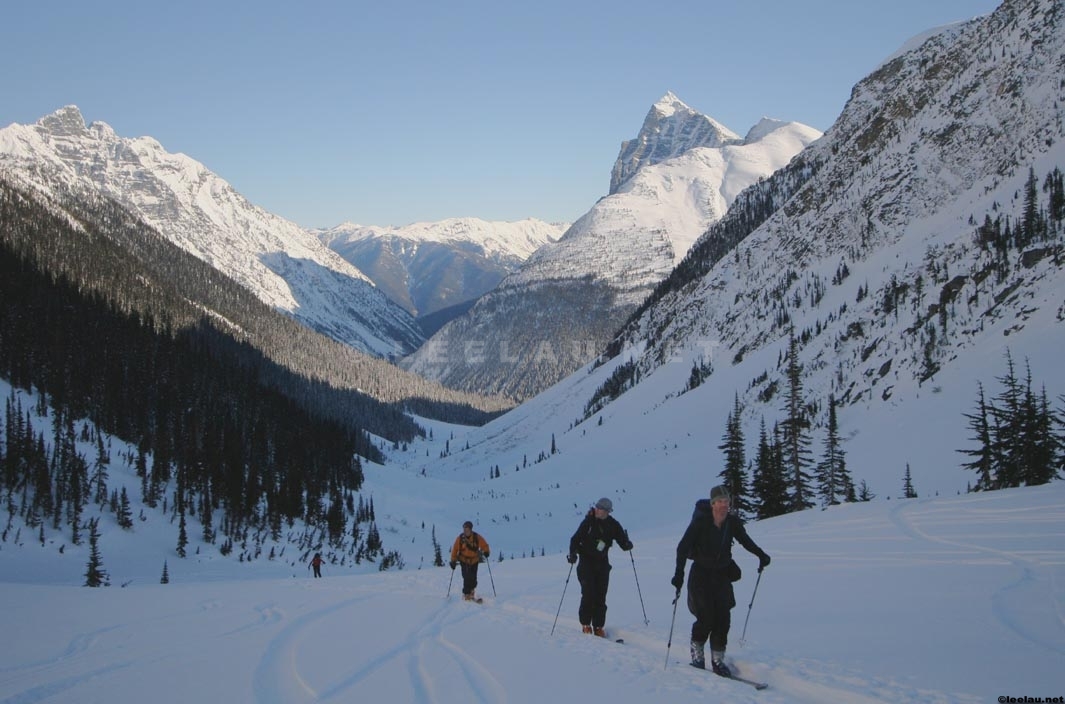 Skinning up Connaught Creek. TransCanada in the back – Tupper to left, MacDonald to right

Scoping out some lines off the N face of Cheops II. We later skied the main bowl on picture left

The Connaught Creek drainage is always a nice first day tour. Trailhead is right at the parking lot and the approach gives you time to soak up the area. Although the approach always reminds me a bit of a shooting gallery (what with slidepaths to right and left), avalanche hazard was low and travel was fast.

Balu Pass is an introductory area with mellow angle slopes so we quickly bypassed it and kept going up the SW ridge of Ursus Major with the plan of checking out the slopes of 8812 Bowl. Amazing views brought by this clear cold weather waited further up the skin track.

8812 Bowl. We skied the bowl off Bruins Pass just over the ridge 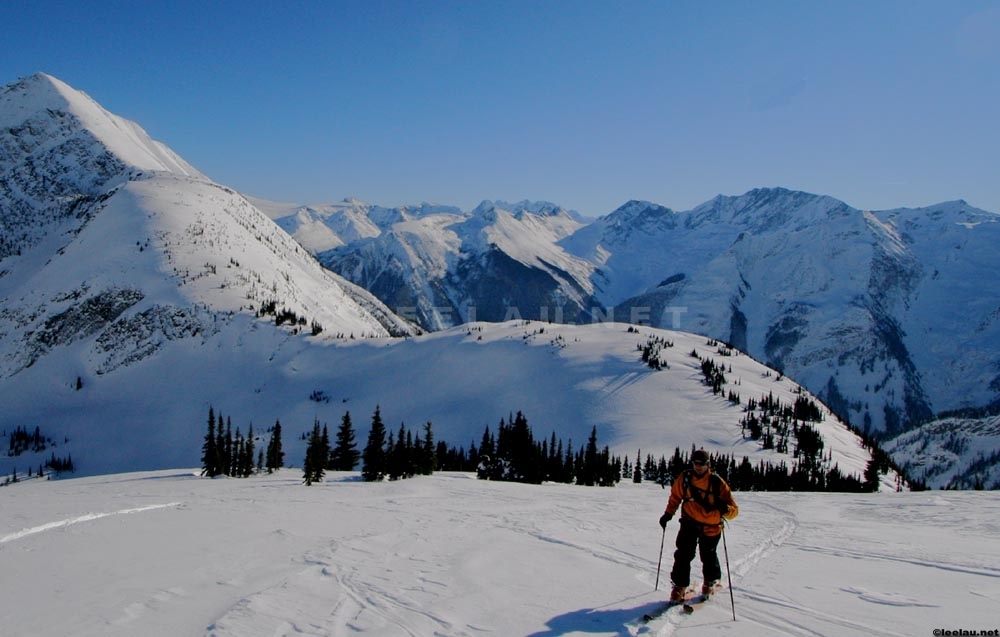 Tim skinning up the 8812 ridge. View looks back to Cheop’s W face and the Asulkan and Loop Brook valleys

View of Ursus Major and the 8812 high traverse 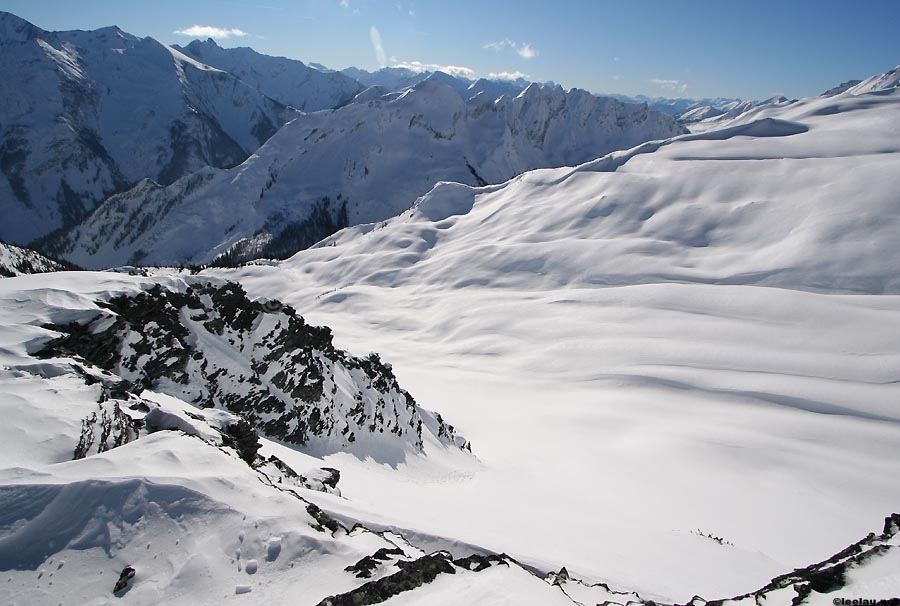 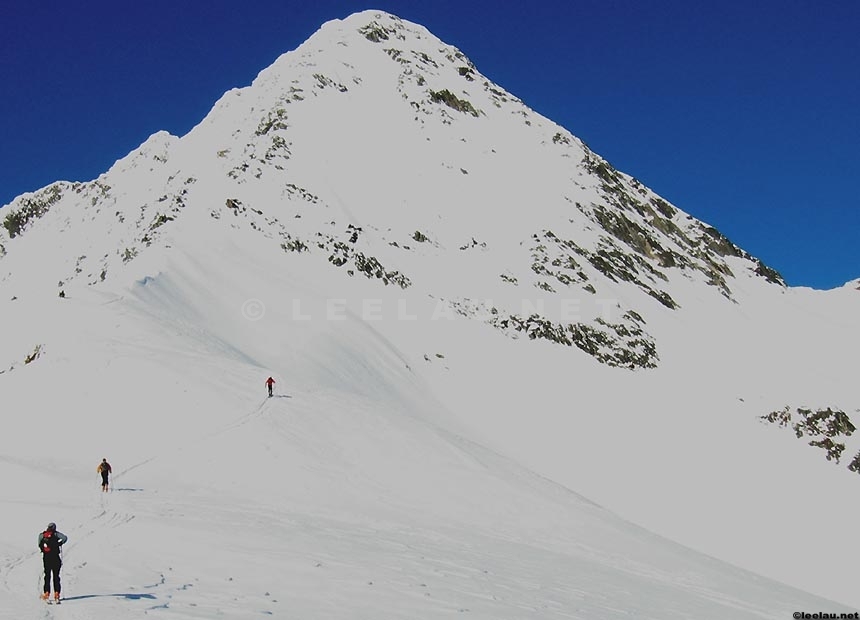 January and February high-pressure, good visibility days in Rogers Pass are always to be savoured. I took a lot of shots of mountains and routes for future references and projects. Getting closer to 8812 Bowl and Ursus Major’s beautiful SE face we could see that the wind and sun had done it’s job. The snow didn’t look that good for skiing. 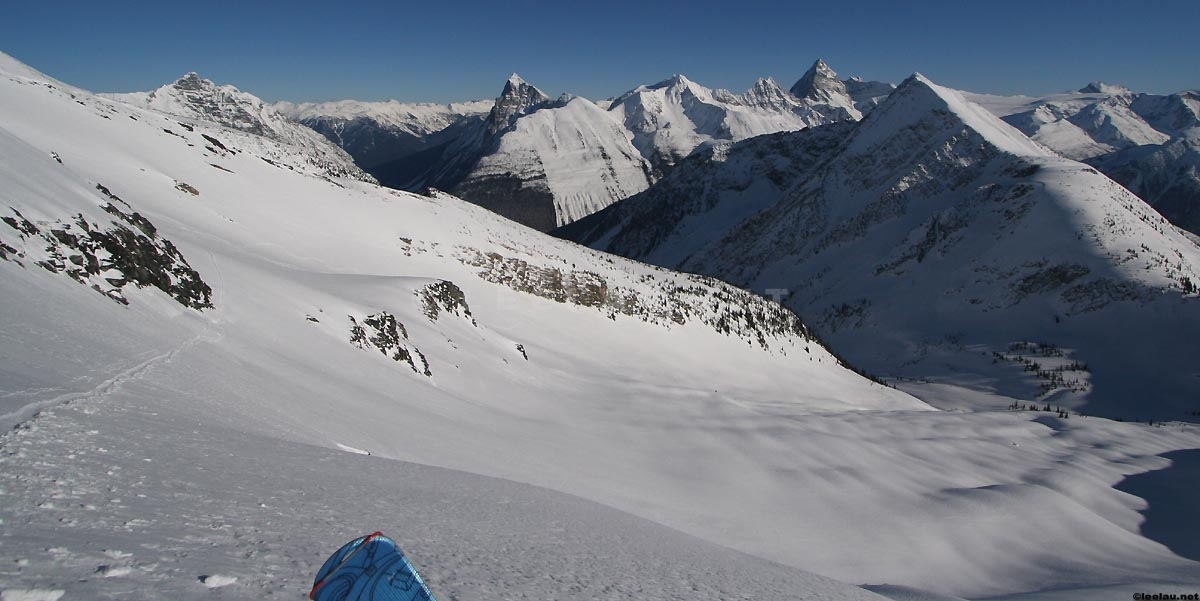 On the 8812 high traverse looking down the sun – crusted bowl 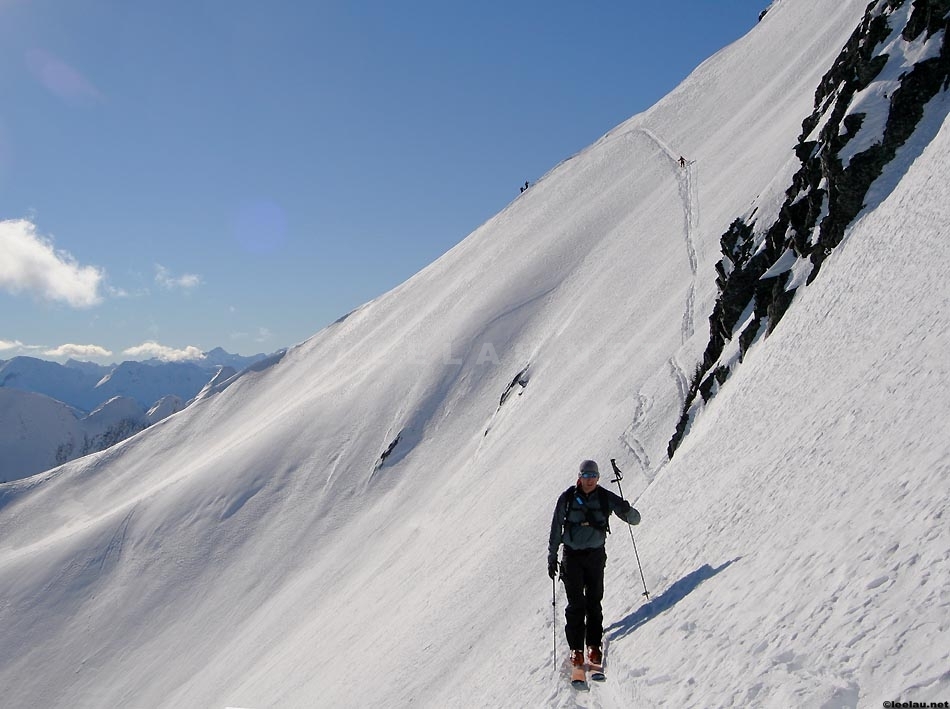 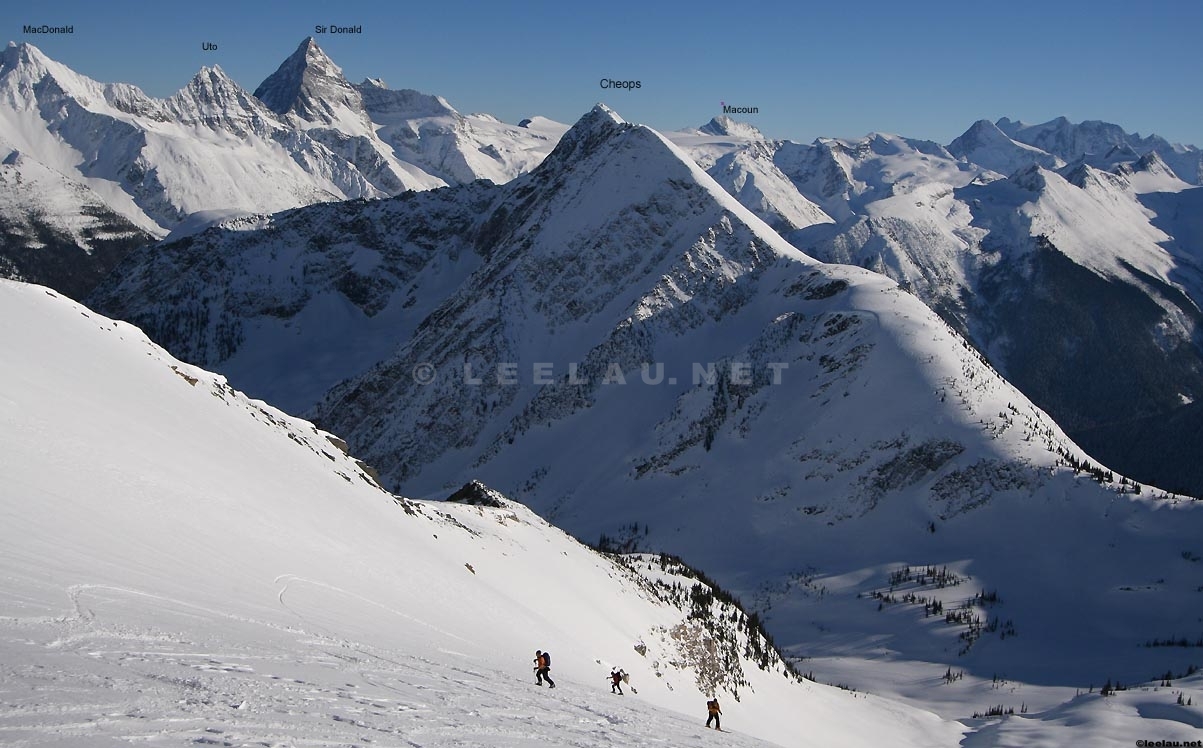 The initial plan to put in some tracks in the N facing glacier off Ursus Col/Bruins Pass was scrapped as soon as we looked over the top and saw that it had been wind-scraped. Just for information, I dropped in and did some spot probing. Could not hit glacial ice with a 320cm probe!! Good snow-depth means safer travel.

On Ursus col. Shot is taken from the N glacier looking back to the col

Instead we dropped into Bruins using rock ribs and working features to find snow and powder. This 2000 ft/600m shot is highly recommended and had not been skied much. Certainly it wasn’t the mogul run that was Balu Pass. 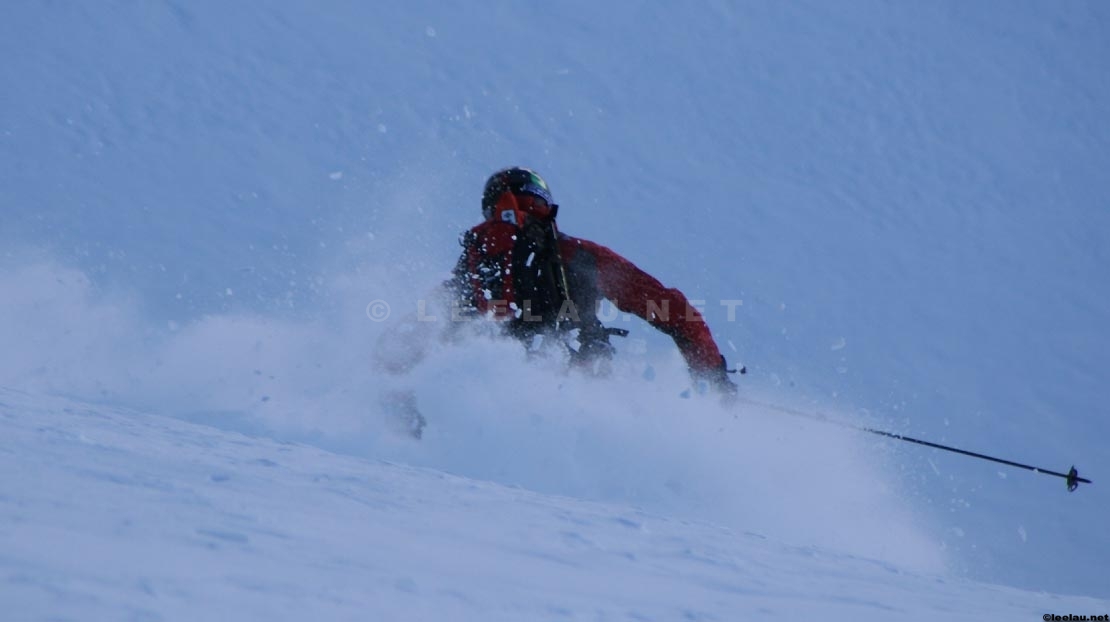 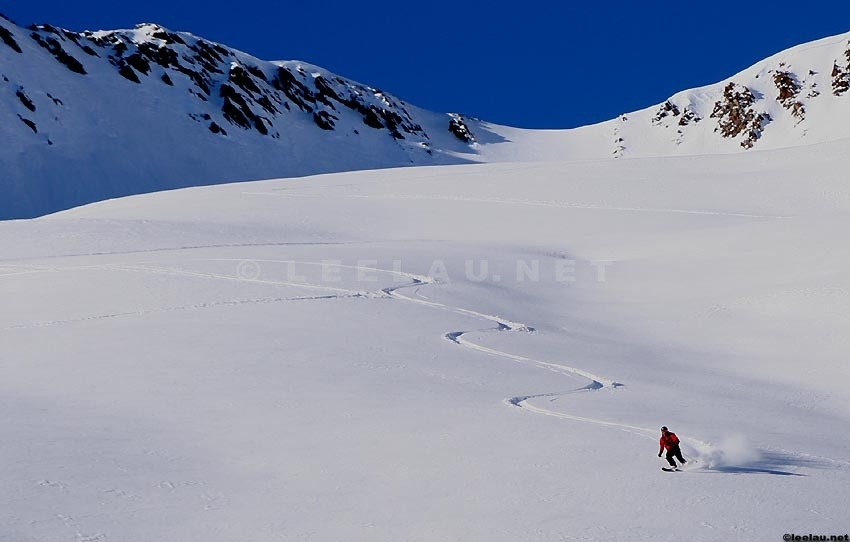 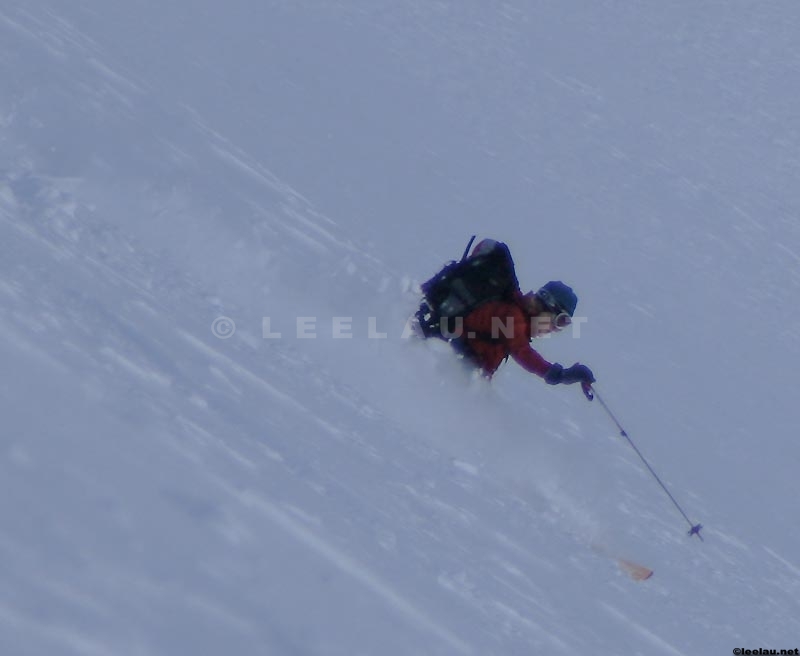 Sharon on the top part of Bruins 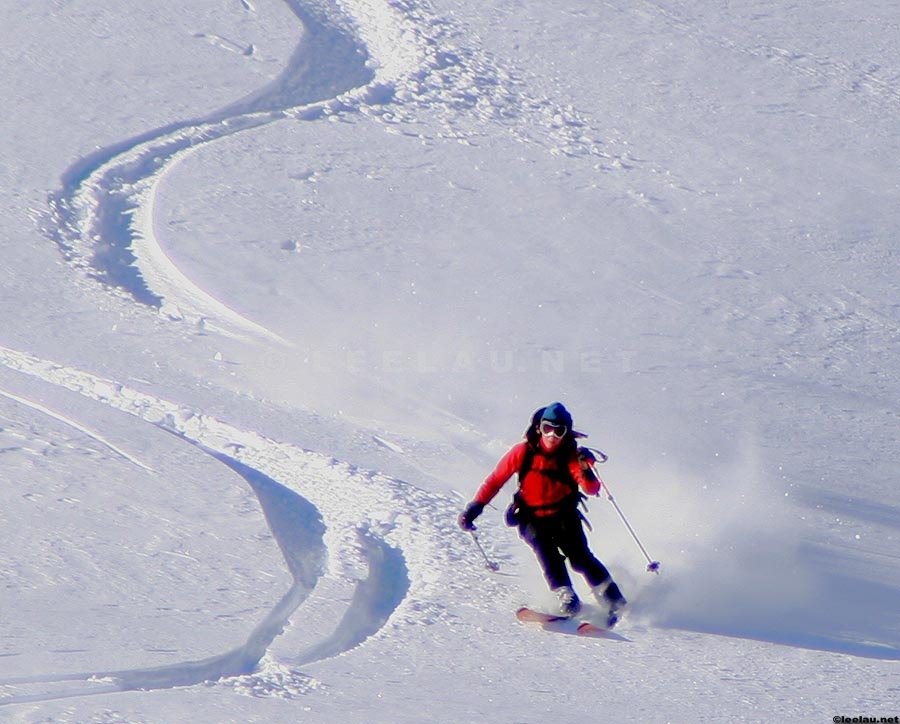 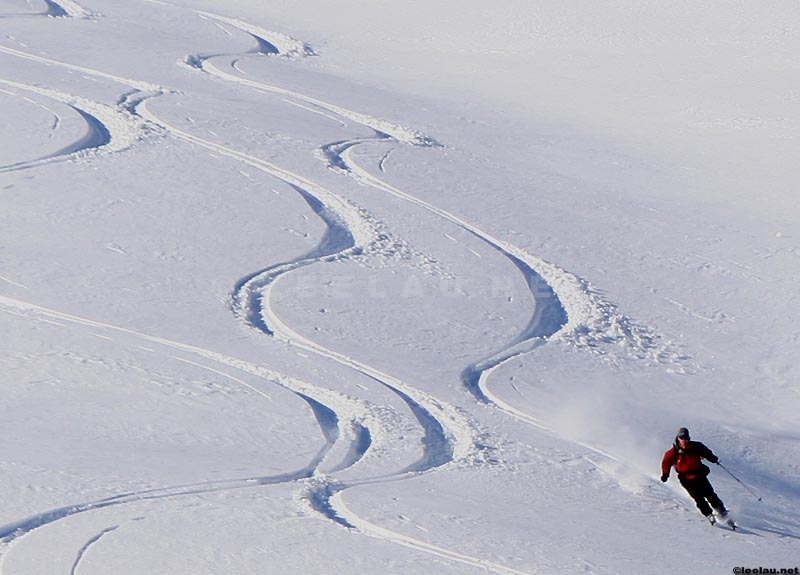 We liked it so much we went up for more – this time skinning towards a more SE aspect. This turned out to be a bit of poor choice as the sun had gotten to these slopes and we had to endure some gorgeous wind crust. Of course, there still was powder to be mined and we found beautiful turns in the Christmas Trees skiing out to Connaught Creek. 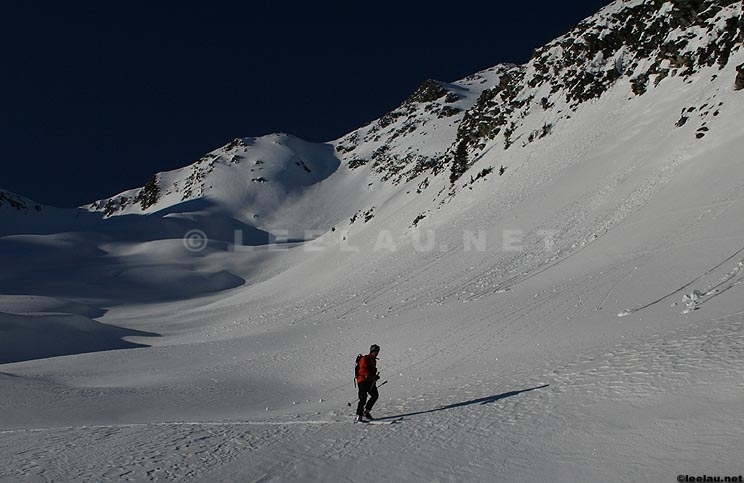 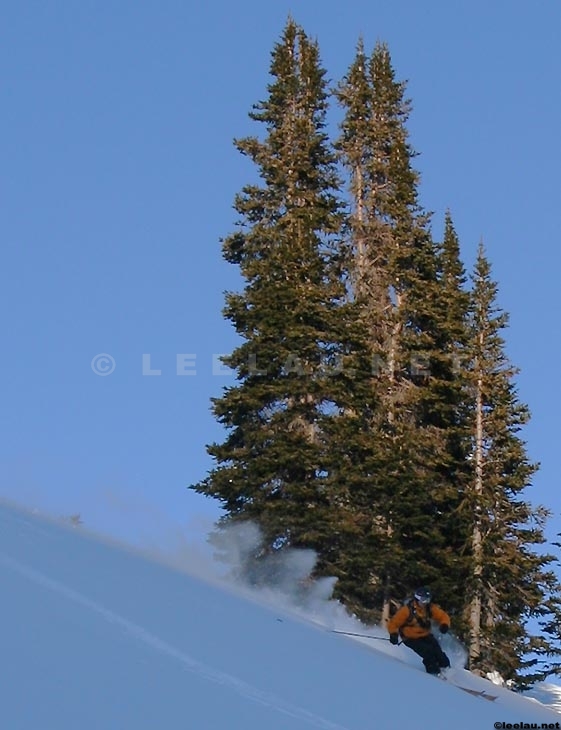 Tim in the trees 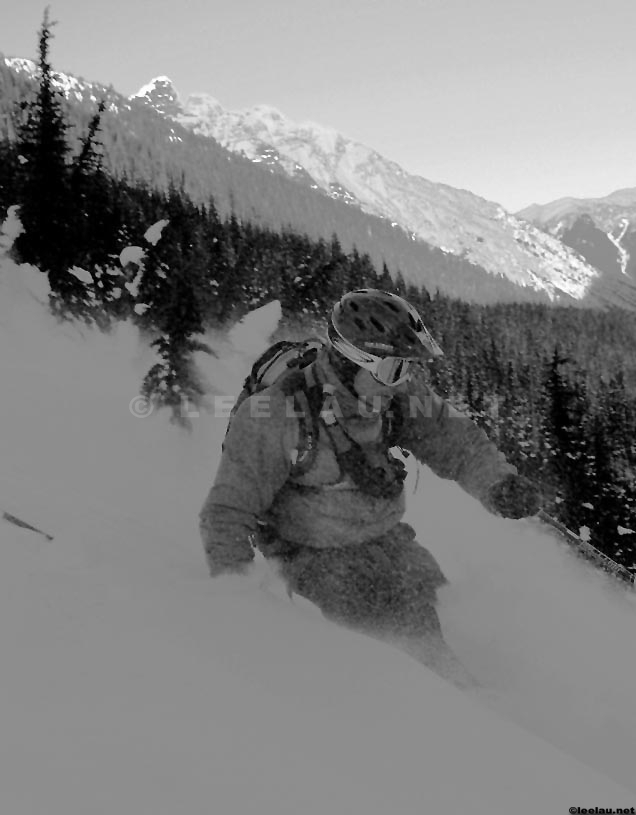 Kendall in the upper Christmas Trees 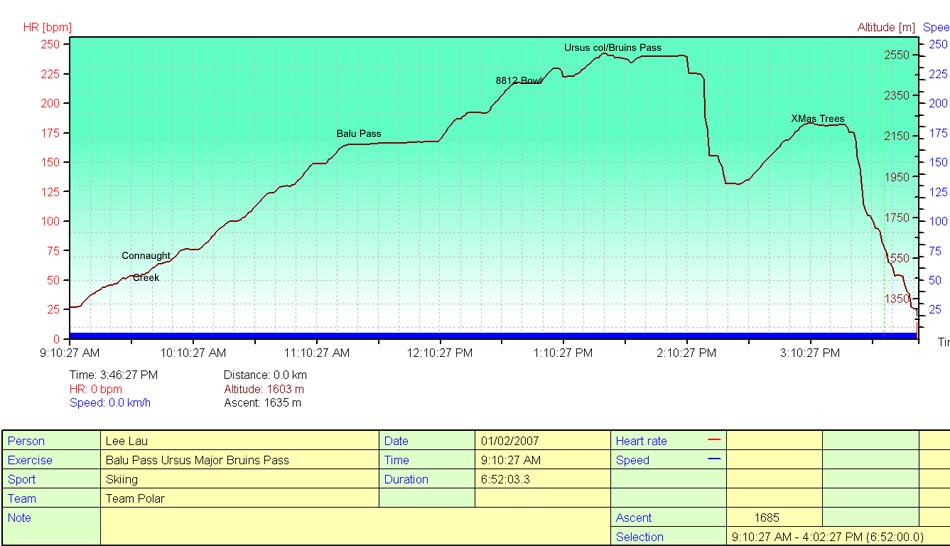