What a strange day. Initial plan was to do the classic Avalanche Crest tour and come out via the NRC Gullies. It was freezing cold at the Asulkan parking lot and then warm, warm, warm just as we got to tree-line. This scuppered plans as the turns on the west facing slopes would have been fugly. It’s always a challenge to change routes but we did manage to find good snow again. Day started with a drive from Revelstoke as we were booted out of the Glacier Best Western due to the hotel being booked by the Rotary Kid’s Camp. Breakfast at the Frontier Restaurant is highly recommended as are cinnamon buns and eclairs and cream horns at the Chalet Bakery!

Side note: We had dinner at Emo’s Restaurant which I simply cannot recommend. Food is very ordinary and expensive. 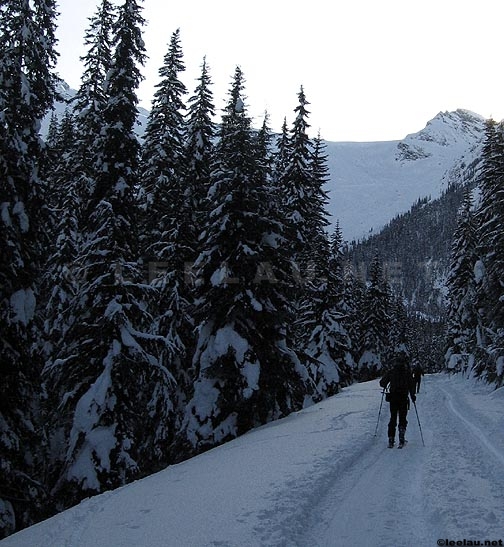 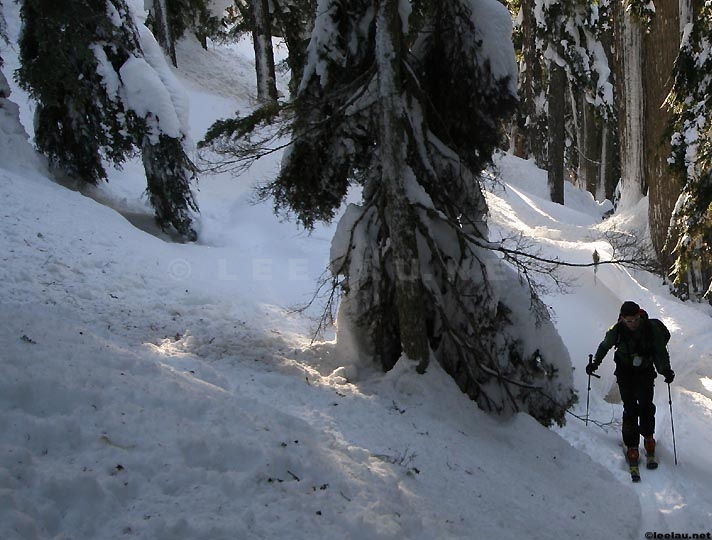 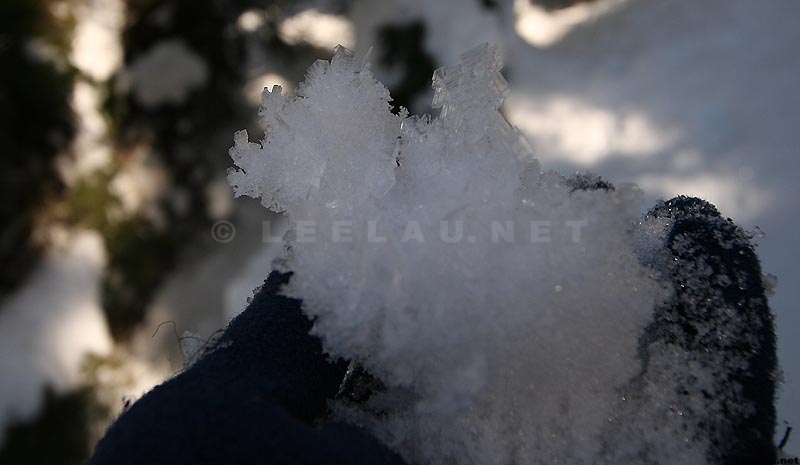 It took a long time to break out to treeline. As we got there, temperatures spiked. 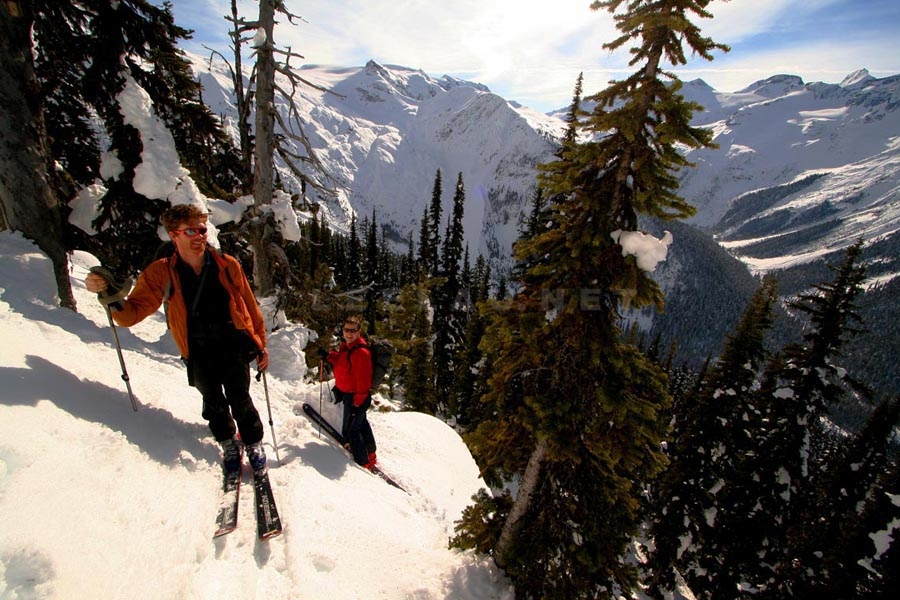 Rob and Jimi taking in the views of the Great Glacier 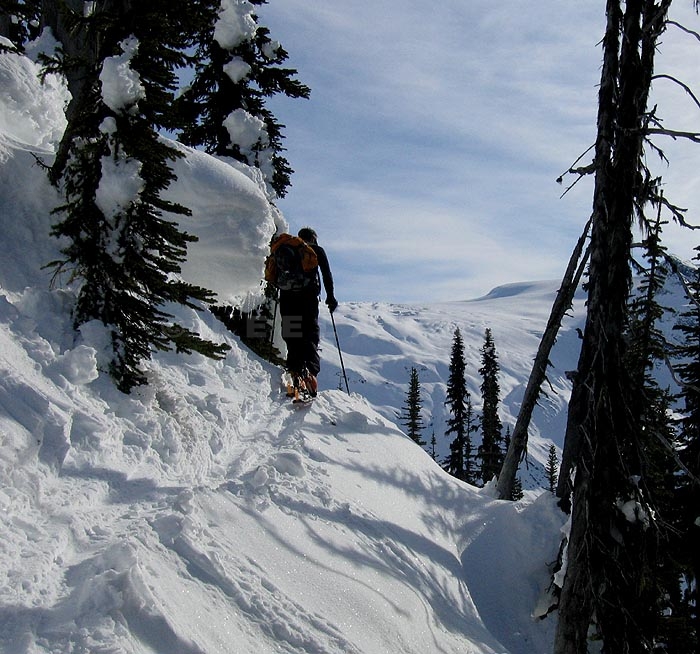 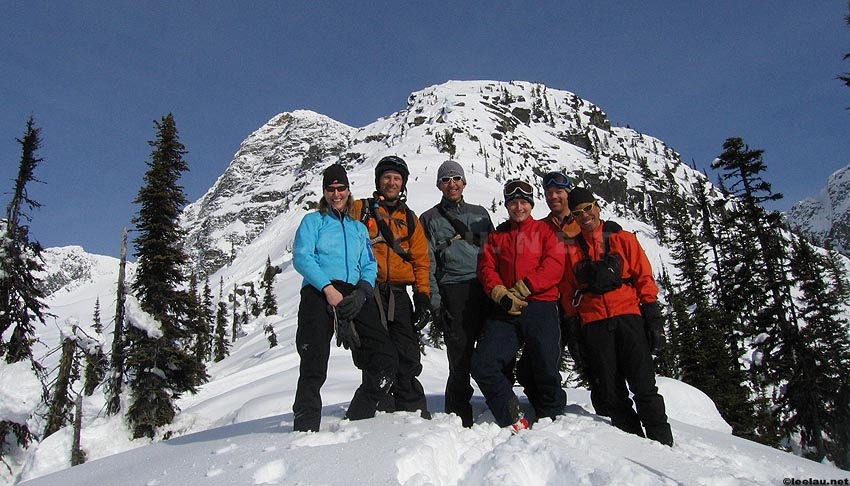 Looking out to Eagle Peak, there are two logical routes to get to Avalanche Crest. Getting to the col north of Eagle Peak would have meant we would have had to drop back down to the north bowl and traverse some low-angle slopes. Clearly we didn’t have to climb so much to get to that col. Getting to the col south of Eagle Peak meant the same thing except that we would have to navigate a NE facing valley to the south col. Again, we climbed a bit too much. Snow quality seemed doubtful with the temperature spike. Across the valley were the north slopes of Glacier Crest – we made the decision to head there to begin a quest for pow. This meant dropping into the SE face off Eagle Peak into some variable snow. 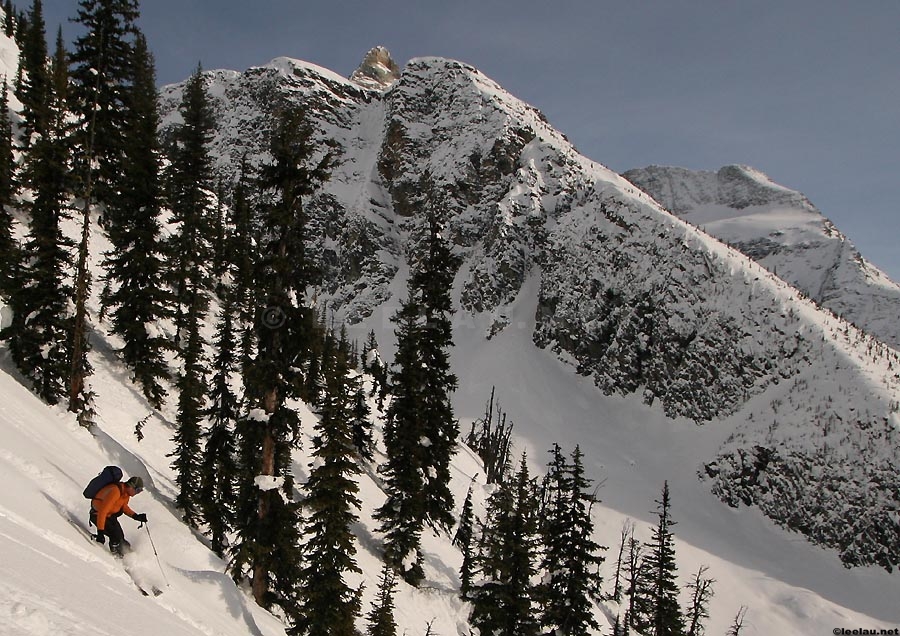 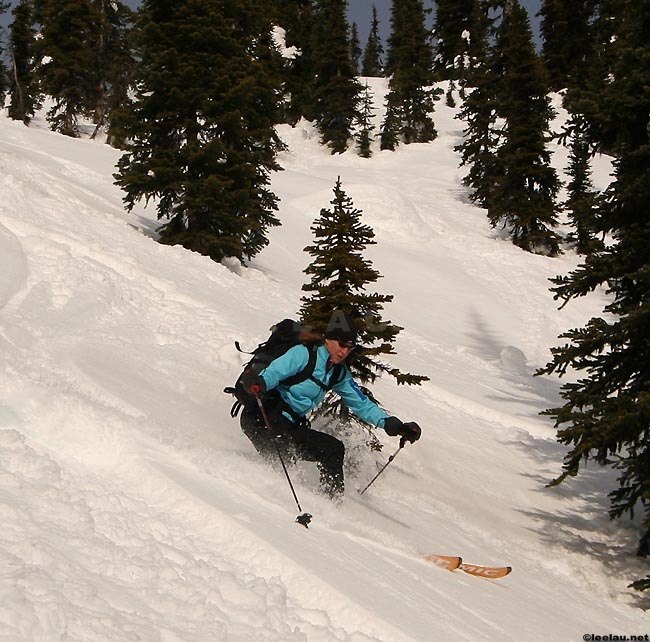 Sharon on these SE slopes 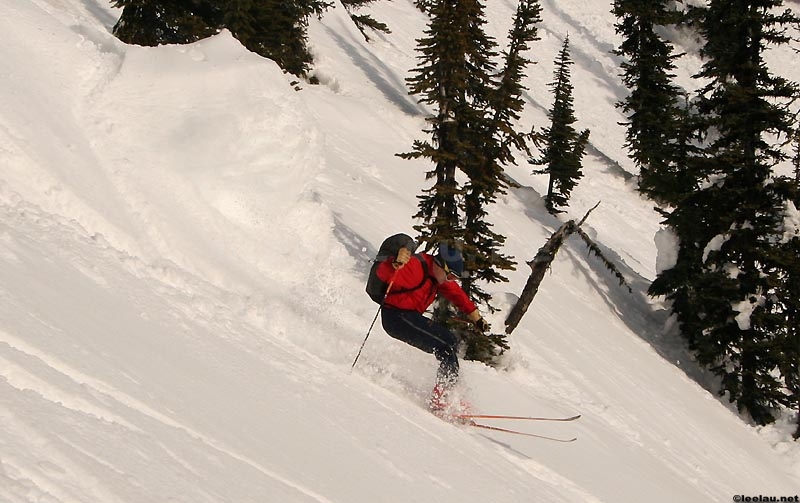 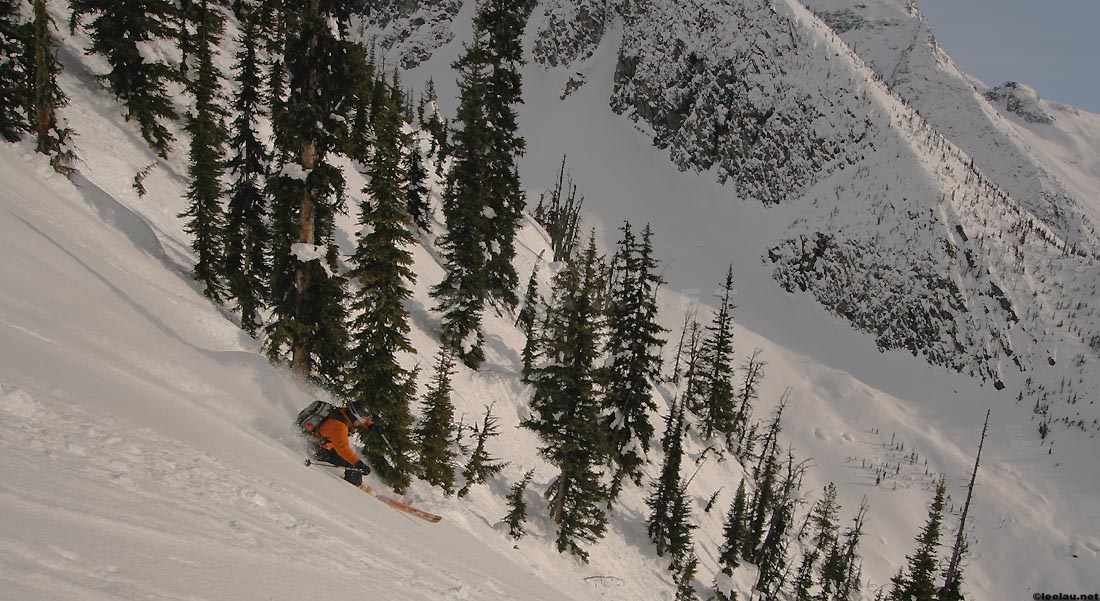 Tim “now I remember why I like fat skis” drops in. 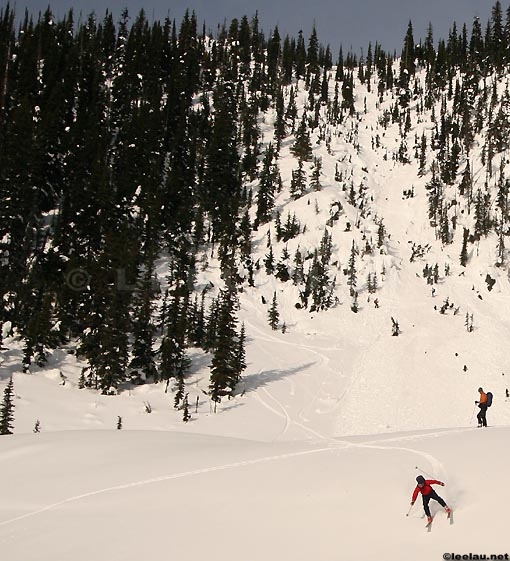 After dropping down this SE face, we began a traverse that can only be described as “adventurous”. After Rob suffered a misadventure by colliding with a tree (and later on we found out, cracking ribs), we made it down to the toe of “practise slopes” at the Great Glacier trail and Illecillewaet Creek. From there it was a short skin to Glacier Crest which we lapped and turned into a mogul field. 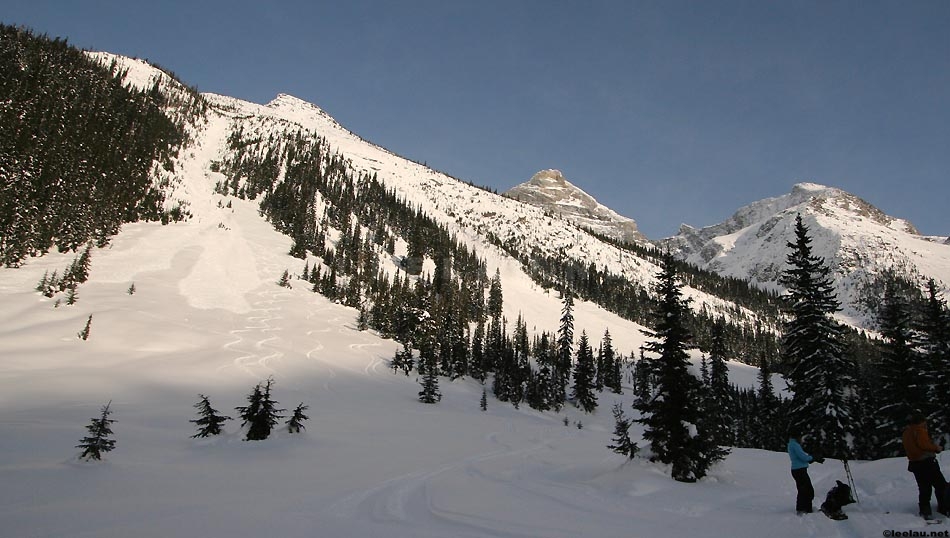 After a hellish countour to the Great Glacier trail we ski out on the lower practise slopes. 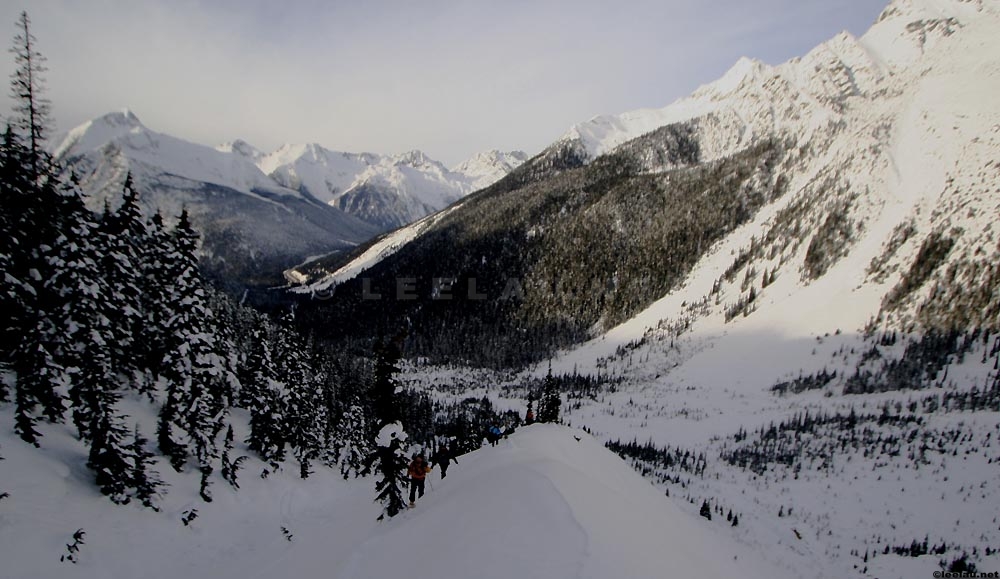 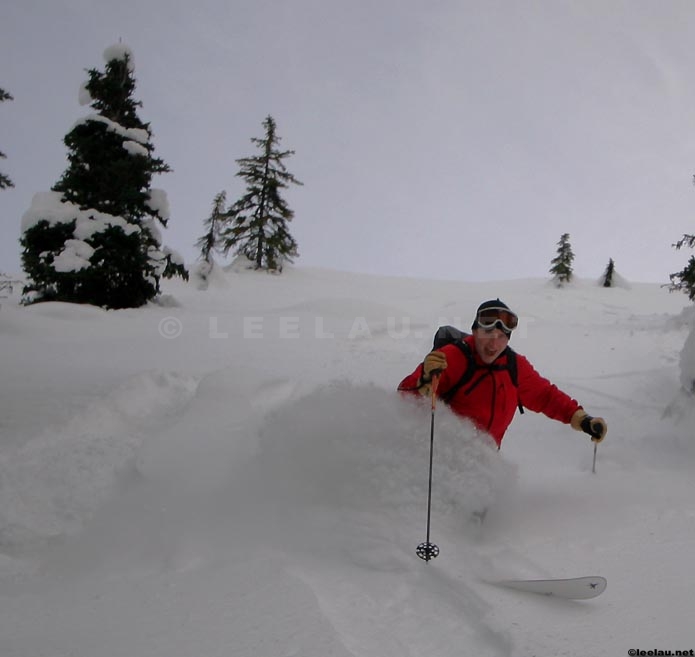 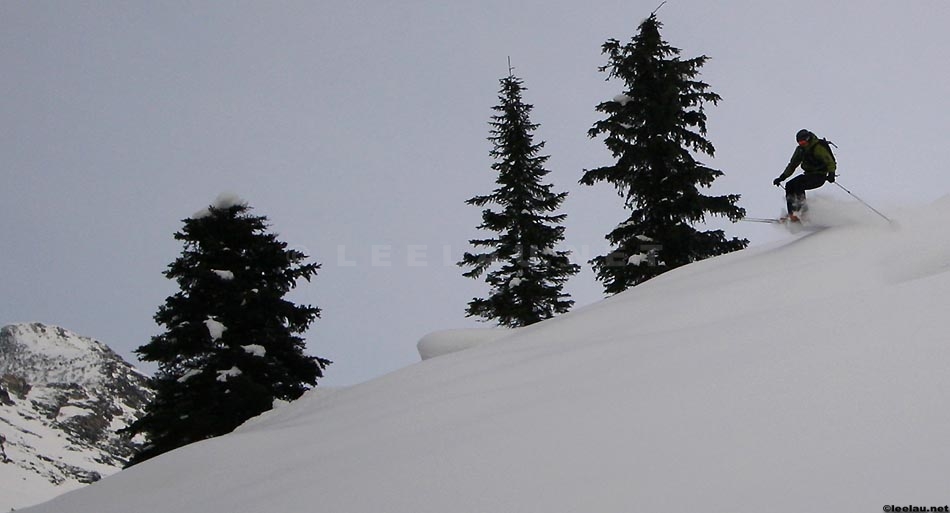 Kendall likes it too 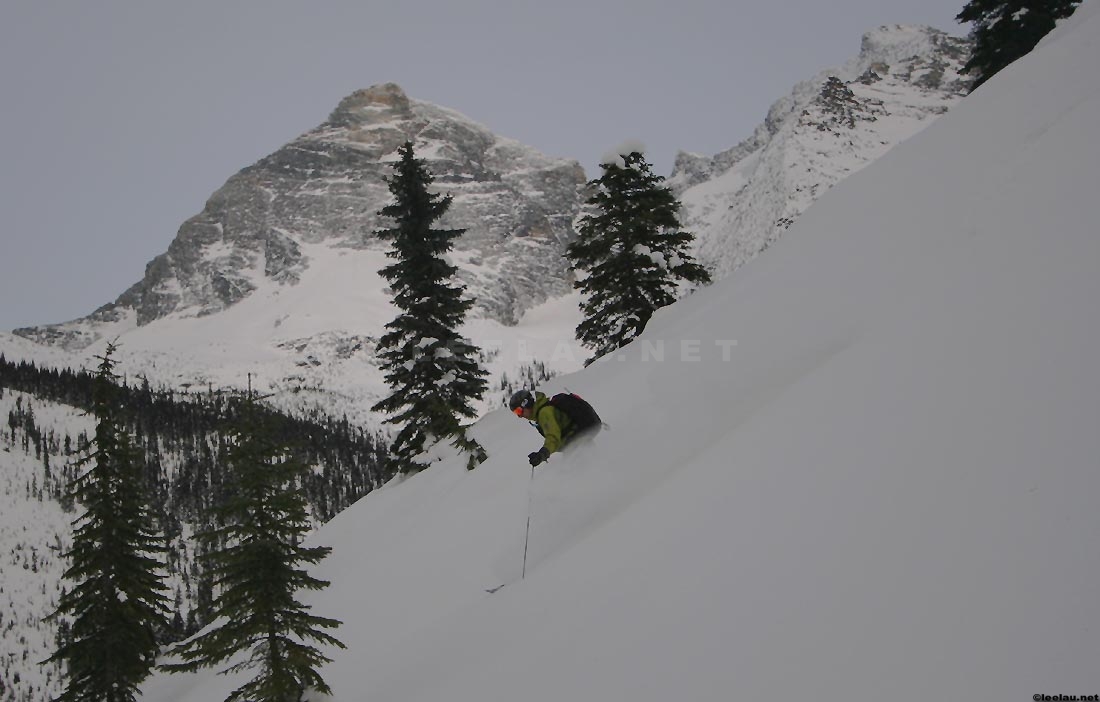 Kendall – Sir Donald and the Vaux Glacier are in the background 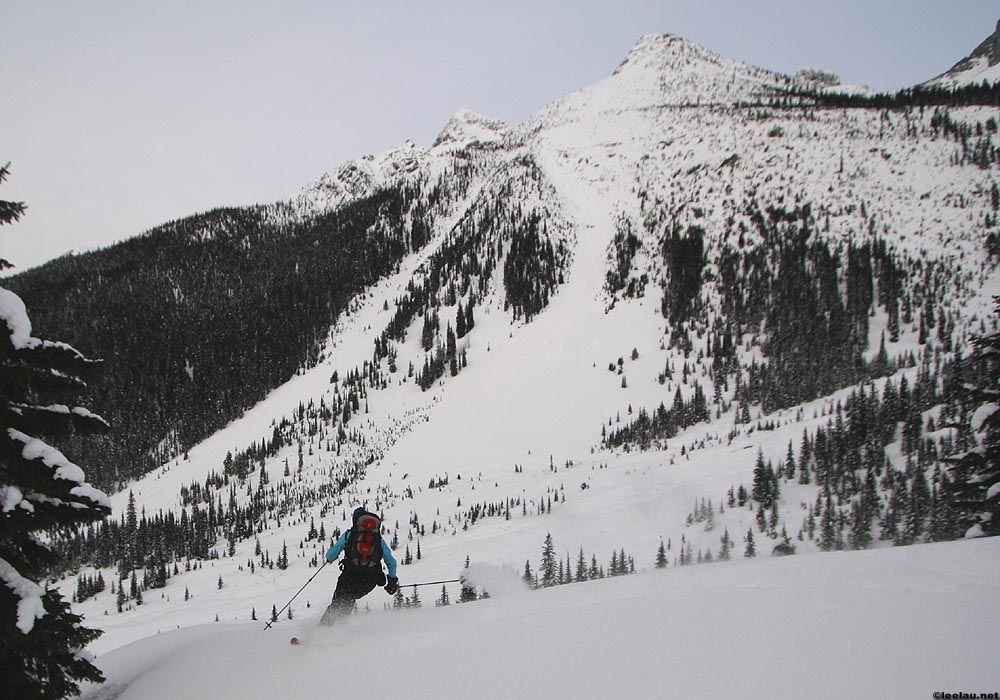 Sharon with Eagle Peak as backdrop 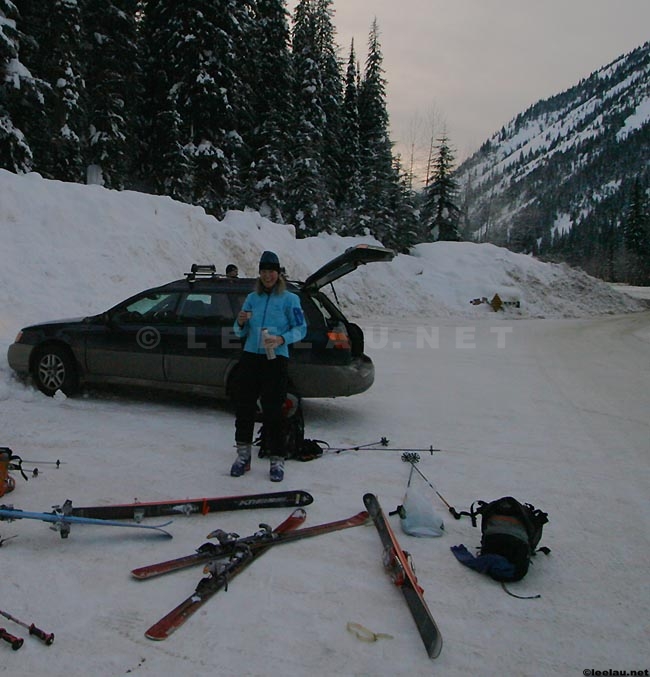 At the parking lot – hmmm which skis do I get?? 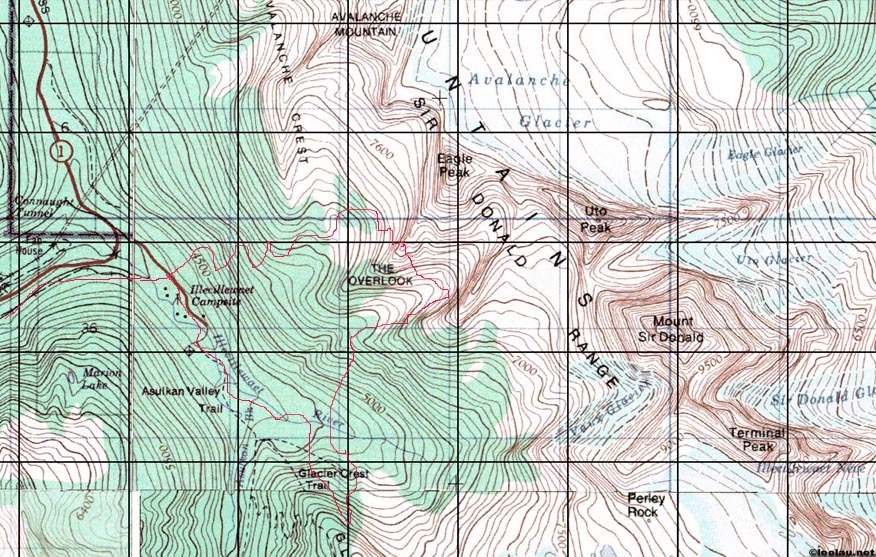 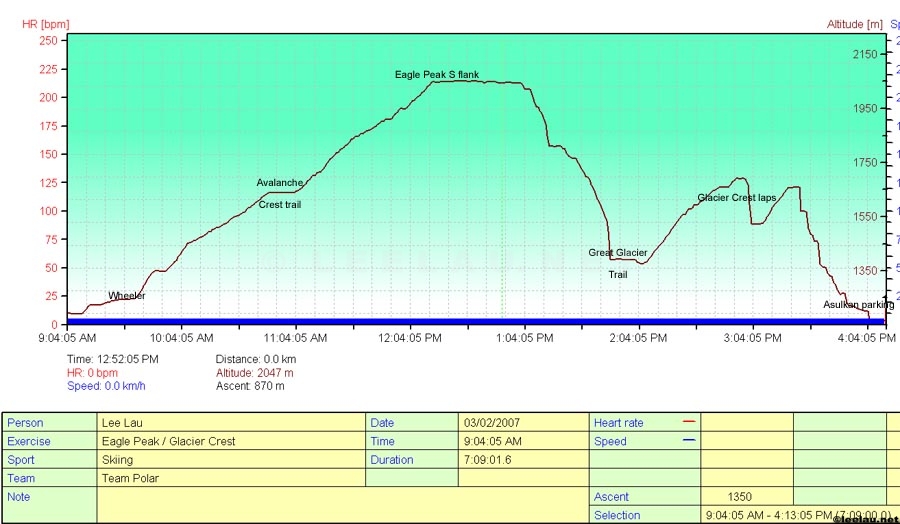