I thought it might be hard to top the views and the weather we were having in the Connaught drainage and the skiing at Balu Pass yesterday.

The next day it was just as bright and clear and we were off to the Wheeler Hut – the ACC cabin.

The ACC Wheeler hut is very nice and quite luxurious. We are the only party there. Hordes of people are coming down the Asulkan trail as they end their weekend and we end up dodging downhill missiles as we head to the hut. 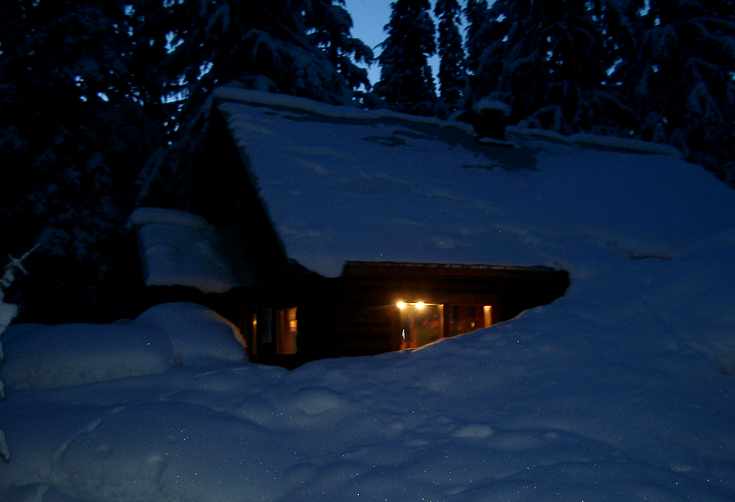 Our next tour takes us to Lookout Col – first up the Great Glacier trail. All grid refs are 11U NAD83. From the Wheeler Hut head south down the Asulkan trail to the Great Glacier trailhead 1308m 0465780 5678551. Follow the Illecillewaet creek across a bridge crossing. The first moraine is so big that its hard to miss; 1373m 0466743 5678232. Pick your way through the moraine, this time following the creek on the south side. 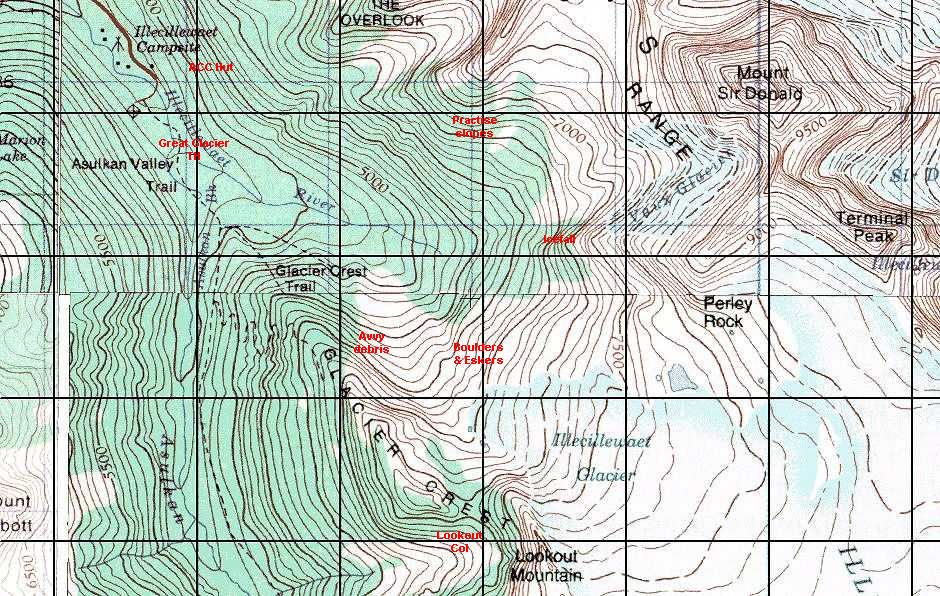 Sir Donald is the tallest prominence in the area and is pretty hard to miss on a bluebird day. The view is from the clearing of the junction of the Asulkan and railway grade trail heading to the winter parking lot.

It’s then an unrelenting grunt up through a boulder and esker field heading due south to Lookout Col. Following the guidebook, we resist the temptation to skin up the avalanche-exposed north flank of Glacier Crest. Some group has cut a beautifully efficient skin track through the boulder field so it’s just a mindless slog.

Sharon in the boulder field with Sir Donald as a backdrop and Perly Rock to the right of the picture. The neve of the Illecillewaet is also visible. 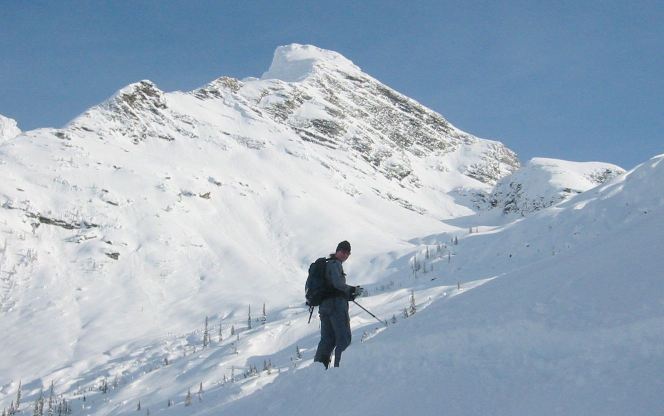 There’s a logical place to either break south east and gain the Illecillewaet Glacier or head south to Lookout Col. Grid ref for a convenient flat spot to catch a breather is 1971m 0467931 5676878. Here we see a roped group heading to the glacier and meet up with some friends from Vancouver who’re also heading up the glacier. They’re attempting Youngs Peak traverse and then heading to Park Canada’s Asulkan Cabin.

Someone’s beaten us to the obvious slope but there’s still virgin lines. This is the skin track on the ridge line of the Col itself looking due west into the Asulkan valley. Its possible to ski the west facing slopes down to the Asulkan valley and we’ll have to check that out one day. I’m told its steep but the trees aren’t so tight as to make it impossible. 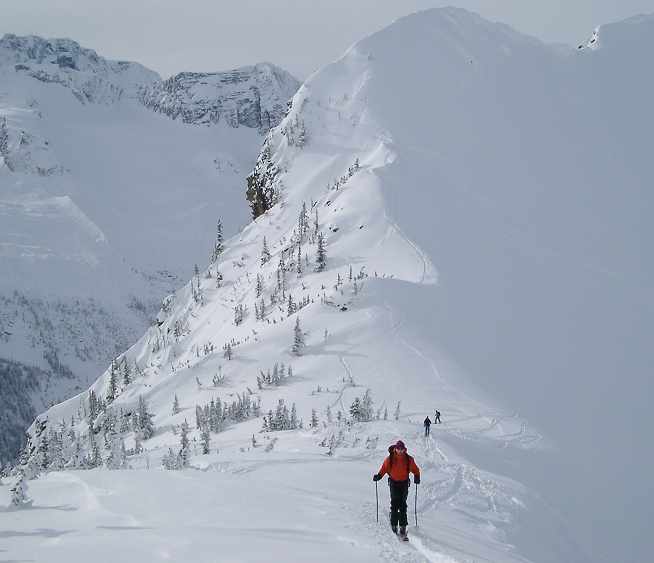 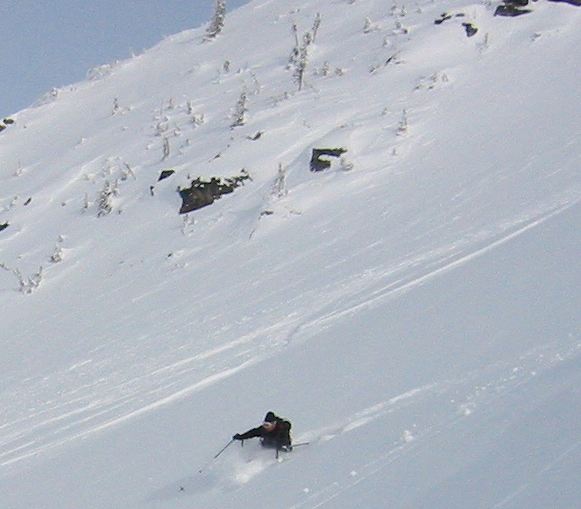 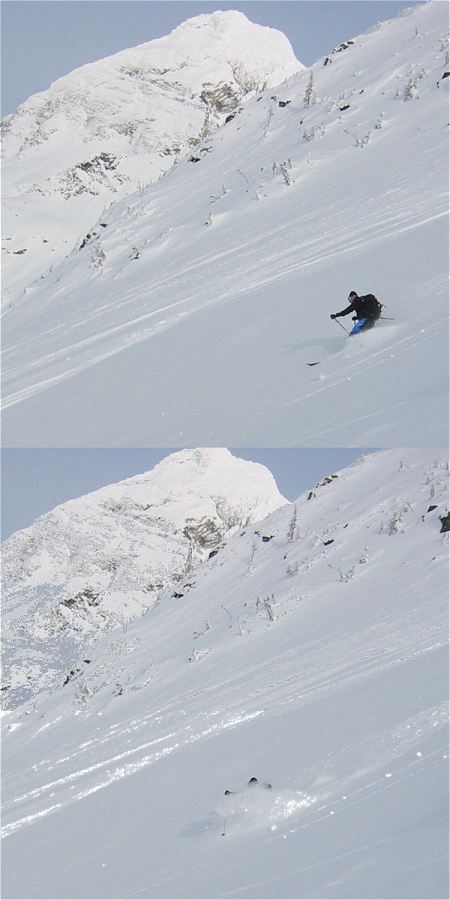 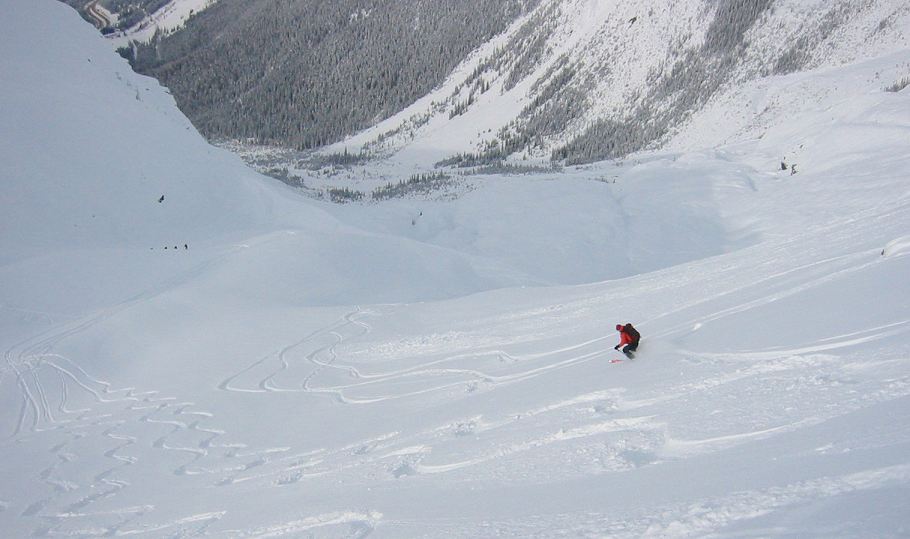 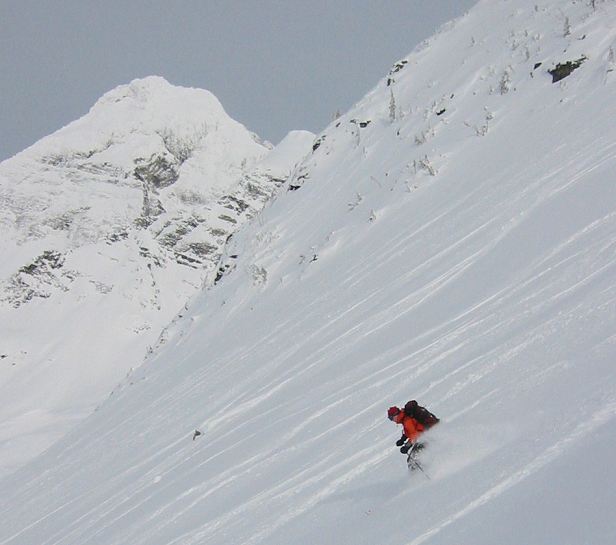 Steve harvesting powder. Get those hands down Steve! 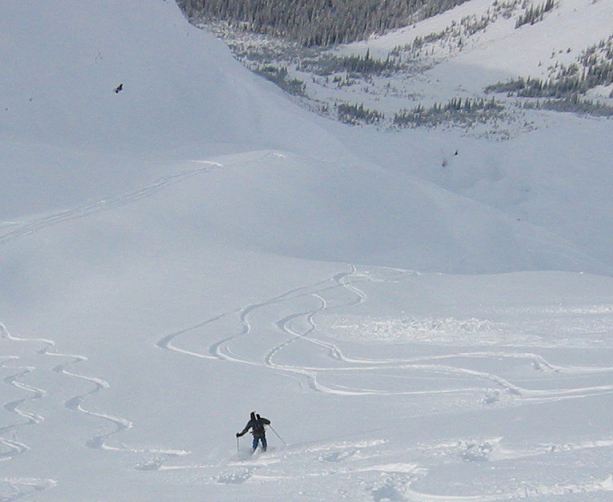 Classic shot with Sir Donald in the background. 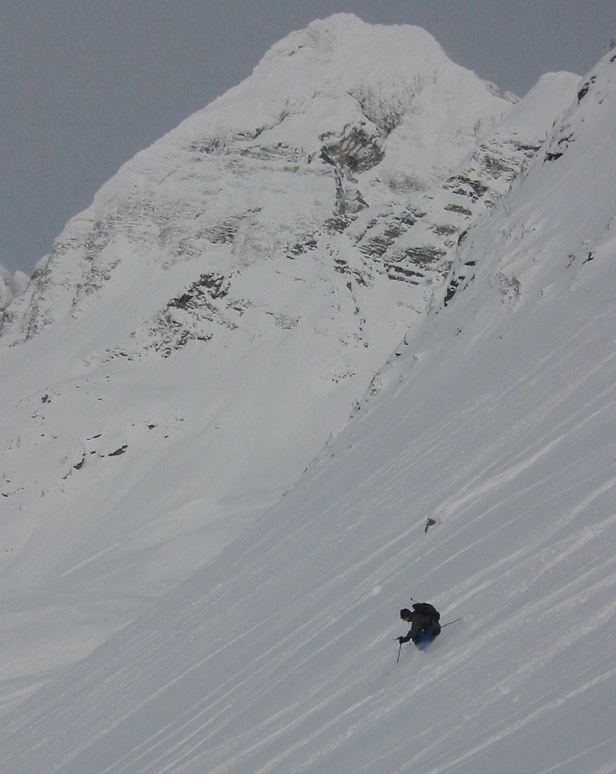 After a couple of runs down this slope we’re faced with a choice between taking the sun-baked west facing slopes down to the Asulkan valley or skiing out on the north slopes of Glacier Crest. Now I don’t know what the west faces would have been like but the Glacier Crest skiout was a waste of elevation. Flat light, lots of old avvy debris and variable snow made it challenging at best and a bit of a let-down. At least the run-outs are fast so exposure is minimized. Steve gets one of the few good turns on this run-out. The practise slopes are visible in the center of the picture – they get a lot of sun. 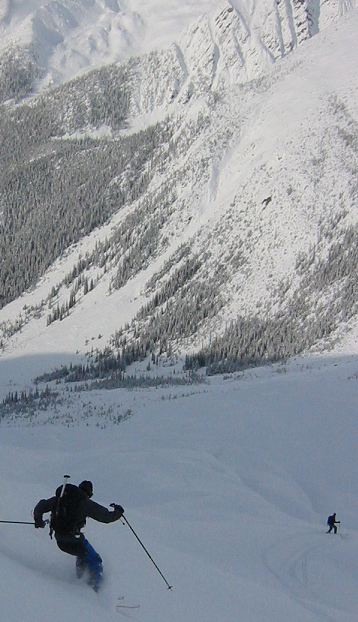 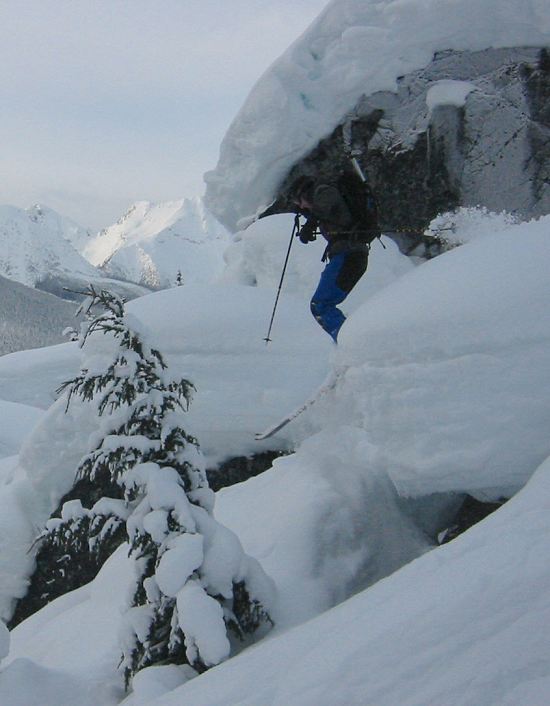 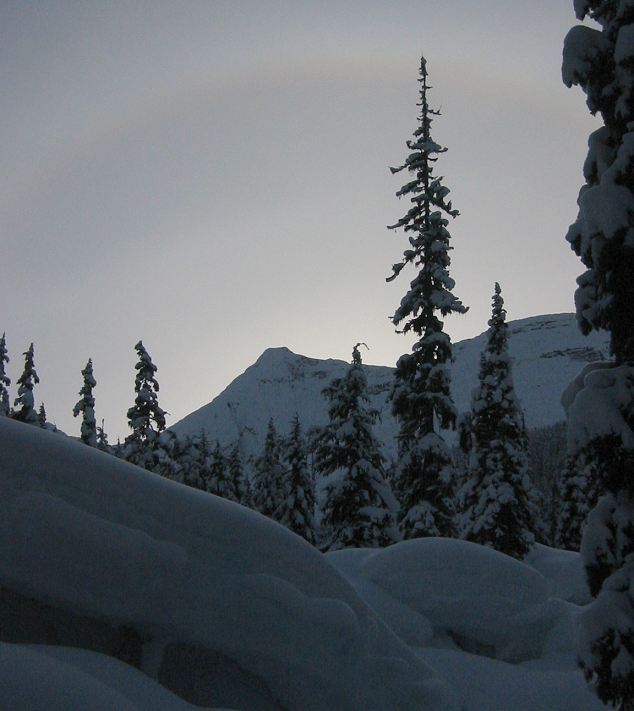