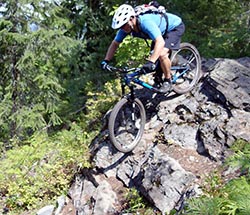 It’s been awhile since we’ve been to Rossland. Probably 10 years… much has changed! They have a very active Trail Association – Kootenay Columbia Trail Society. . The KCTS works very hard on their signature 7 Summits trail, as well as maintenance on the growing network.

If you ride in Rossland a donation to the KCTS would be money well spent! You can donate directly, or through Trailforks. There are 5 main riding areas in Rossland which can keep you busy on a 3-4 day trip. 7 Summits, Neptune Creek, Monte Cristo/KC, Malde Creek and Red Mountain. You can ride to all these areas from town. A shuttle will, of course, decrease the amount of road riding by 10-20km.

We camped at the Lions Community Camground. It’s a nice site close to town. Unfortunately close to Hwy22 as well so the sound of Semi’s kept us awake the first two nights. They weren’t as bad on the weekend. Site8 would be the furthest from the road. Since the campground was reserved for the long weekend we stayed in the first come first served sites which were really nice and well treed.

Day 1 we rode from the camground to the Centennial parking lot and rode trails to Red Mountain. This was a great climb with a few options for the descent. We took the more flowy Red Head descent into the Resort area instead of the old BC Cup DH trail – Dreadhead. From there we rode up the ski runs on Pay Dirt and descended on the Pay Dirt descent. Really fun trails! 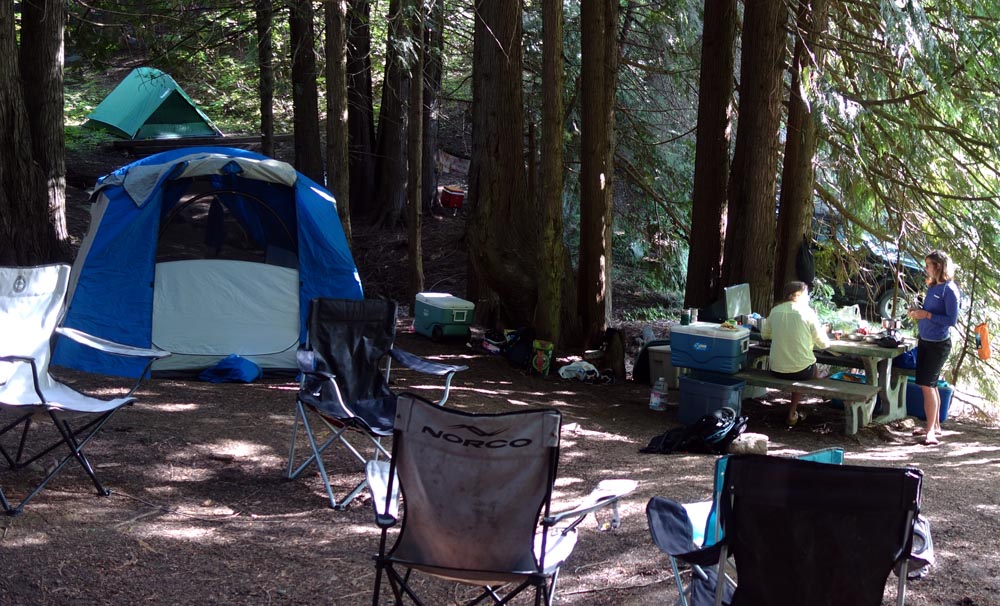 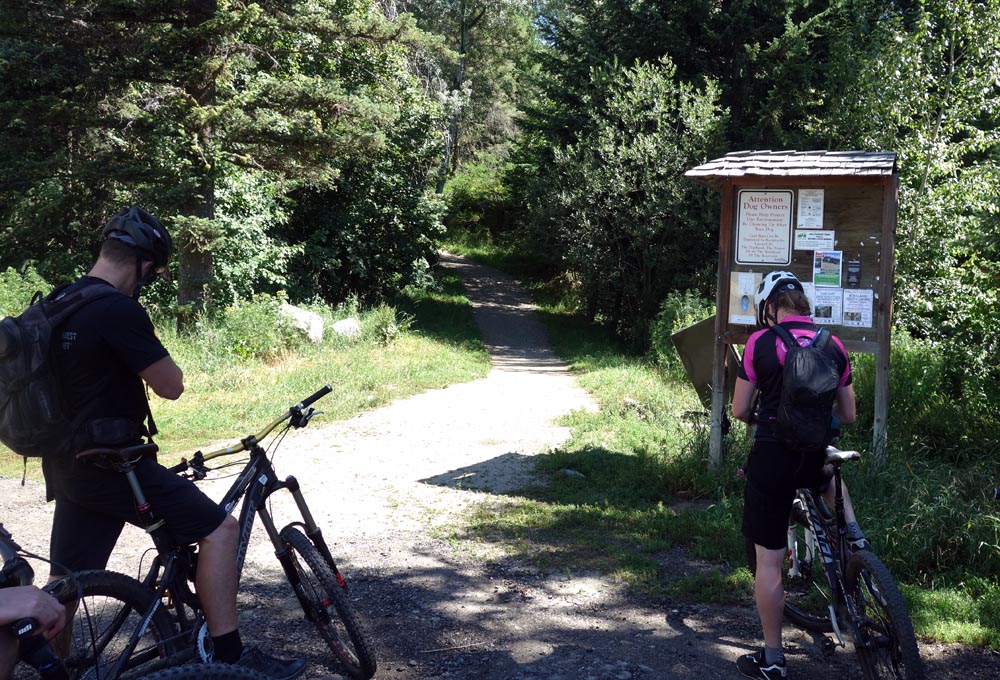 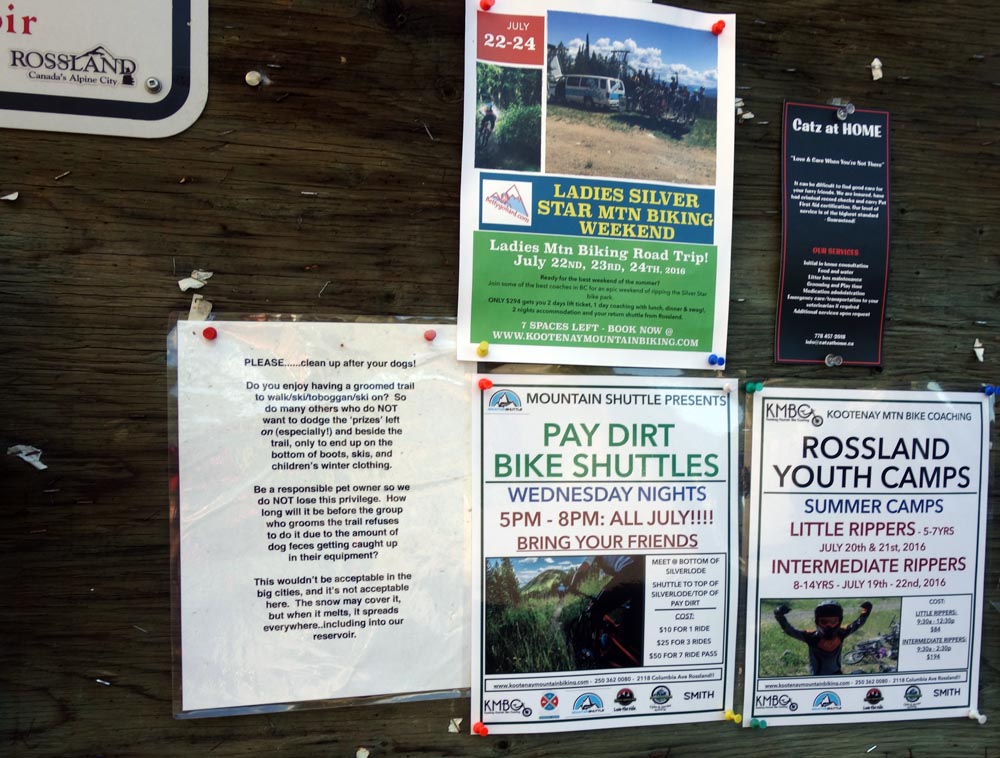 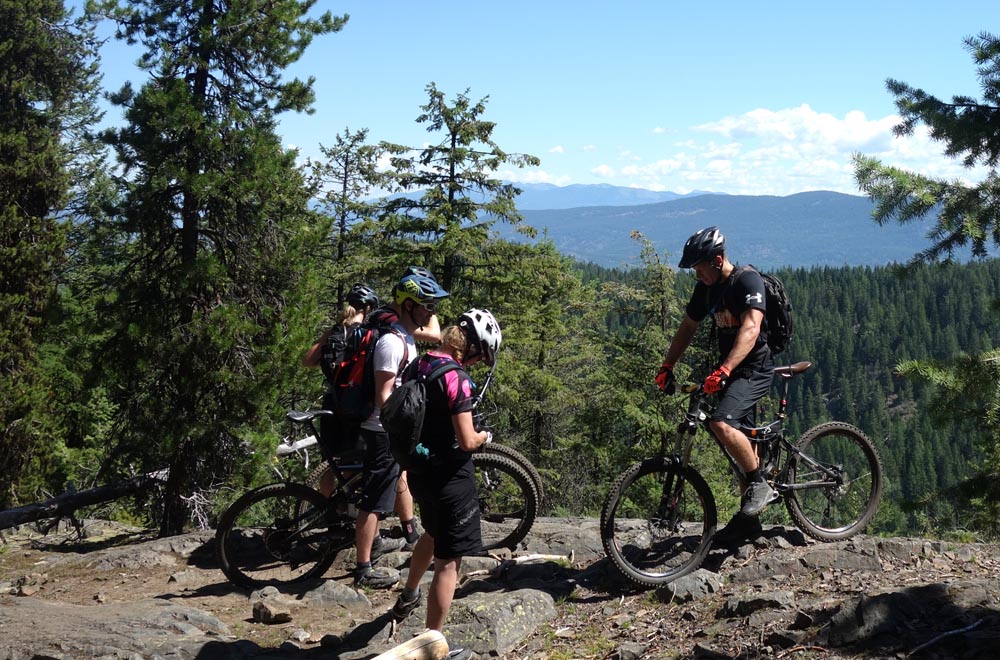 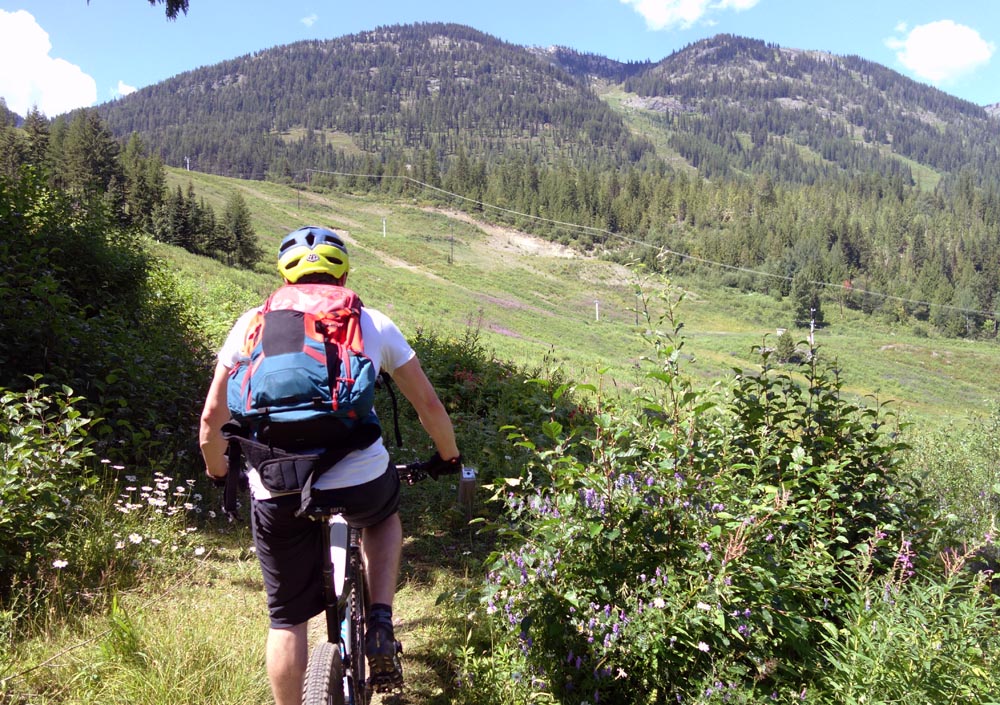 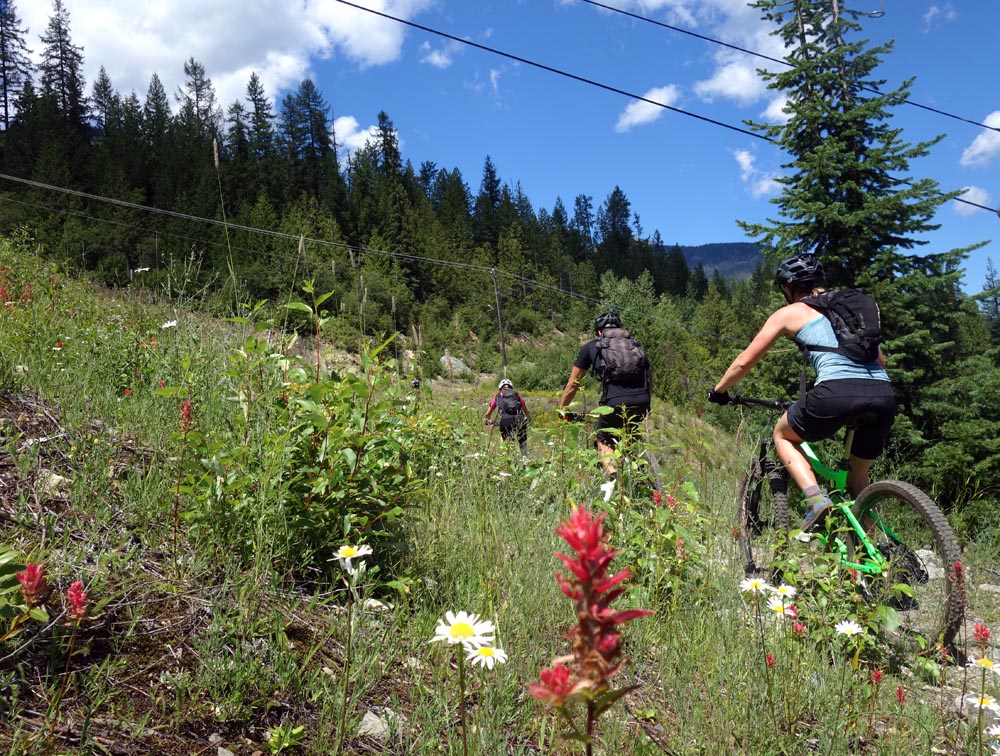 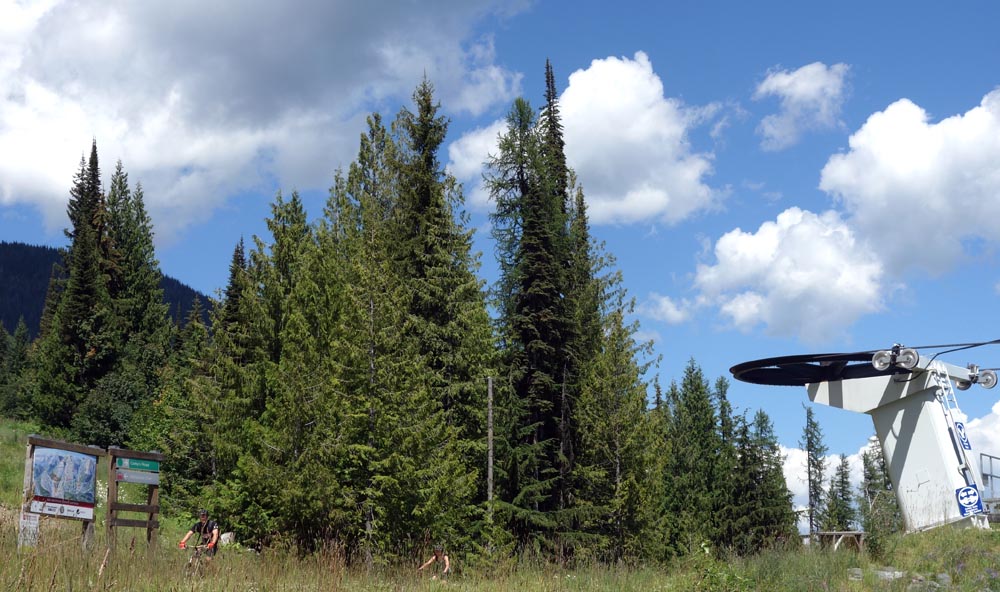 Top of the climb 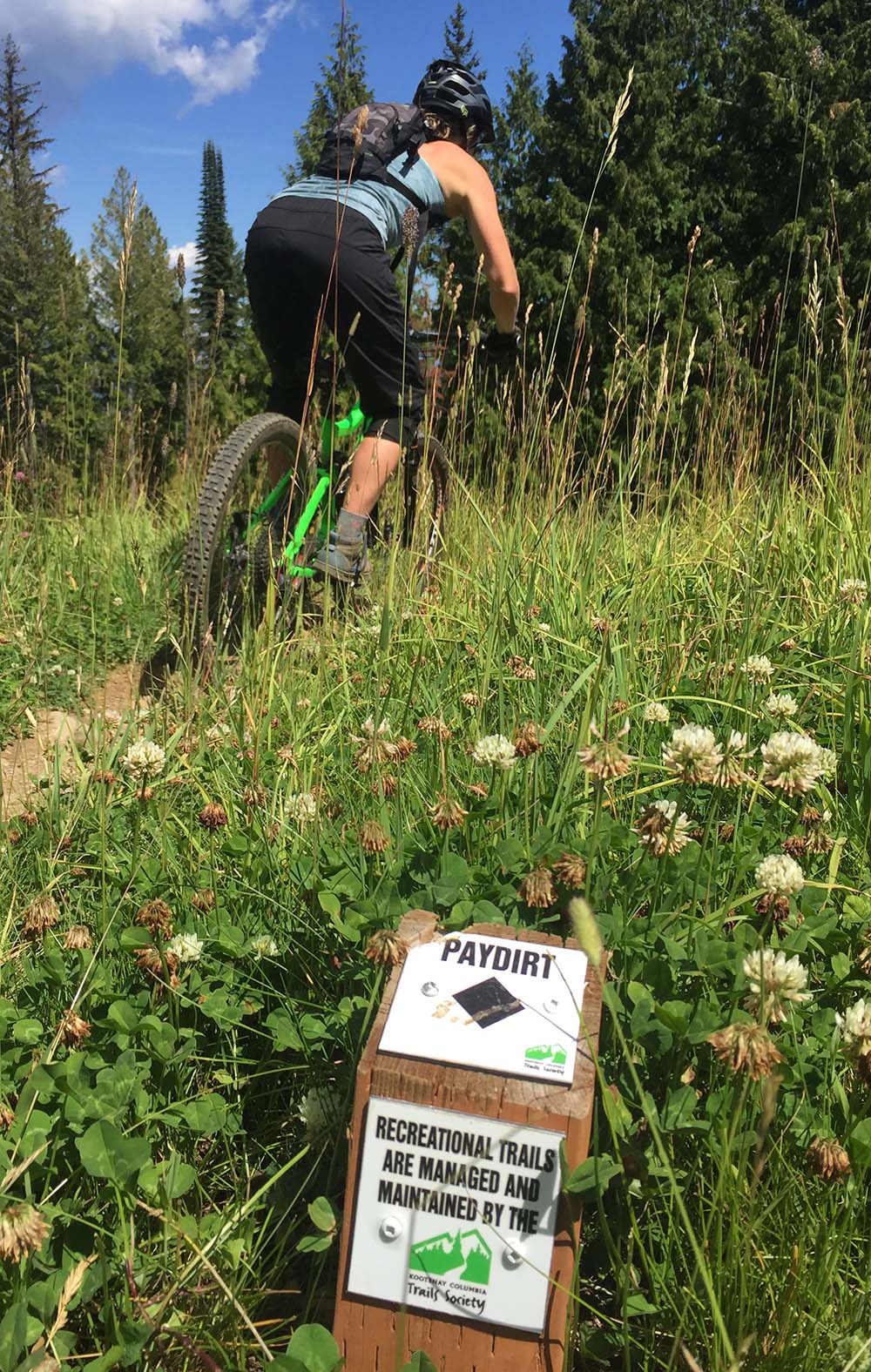 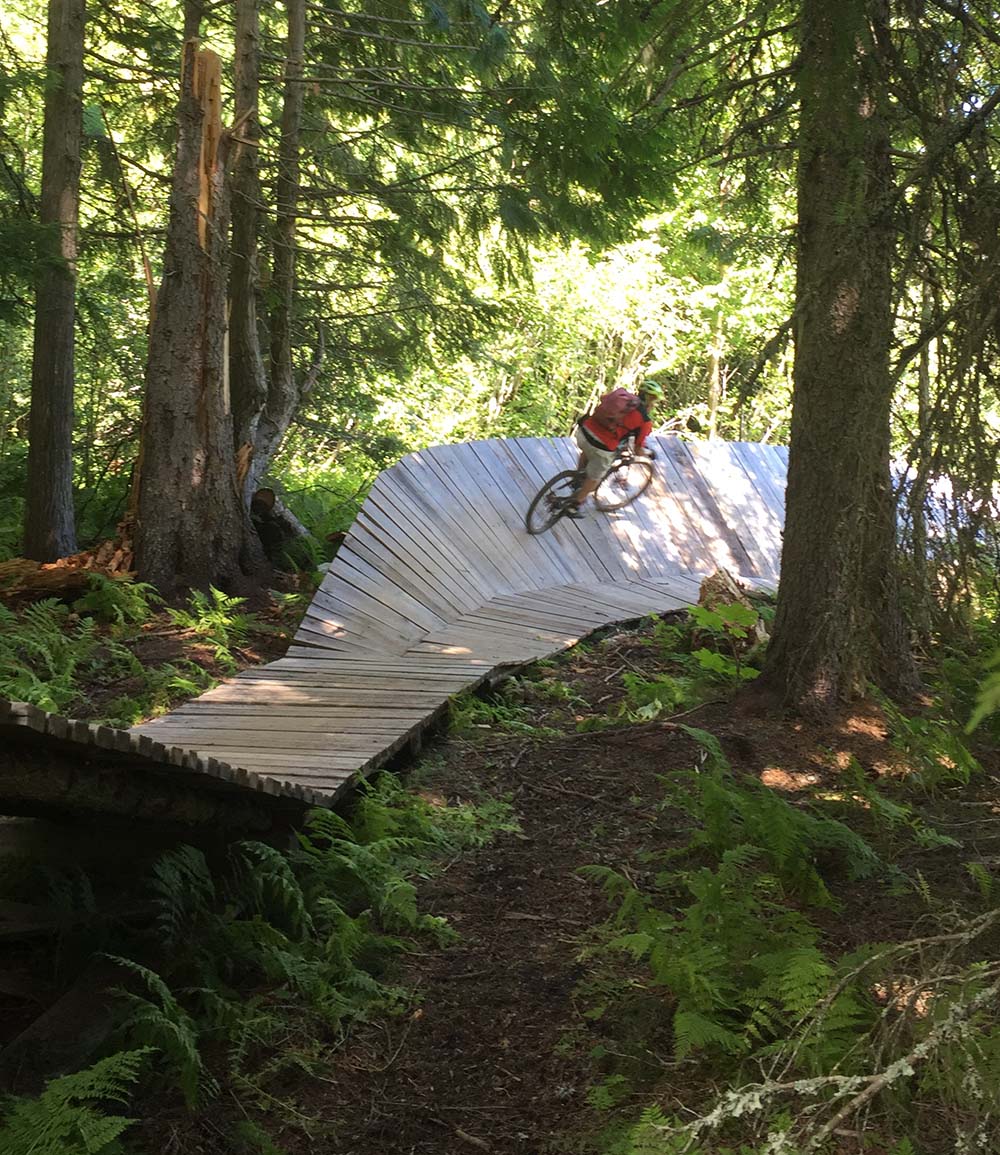 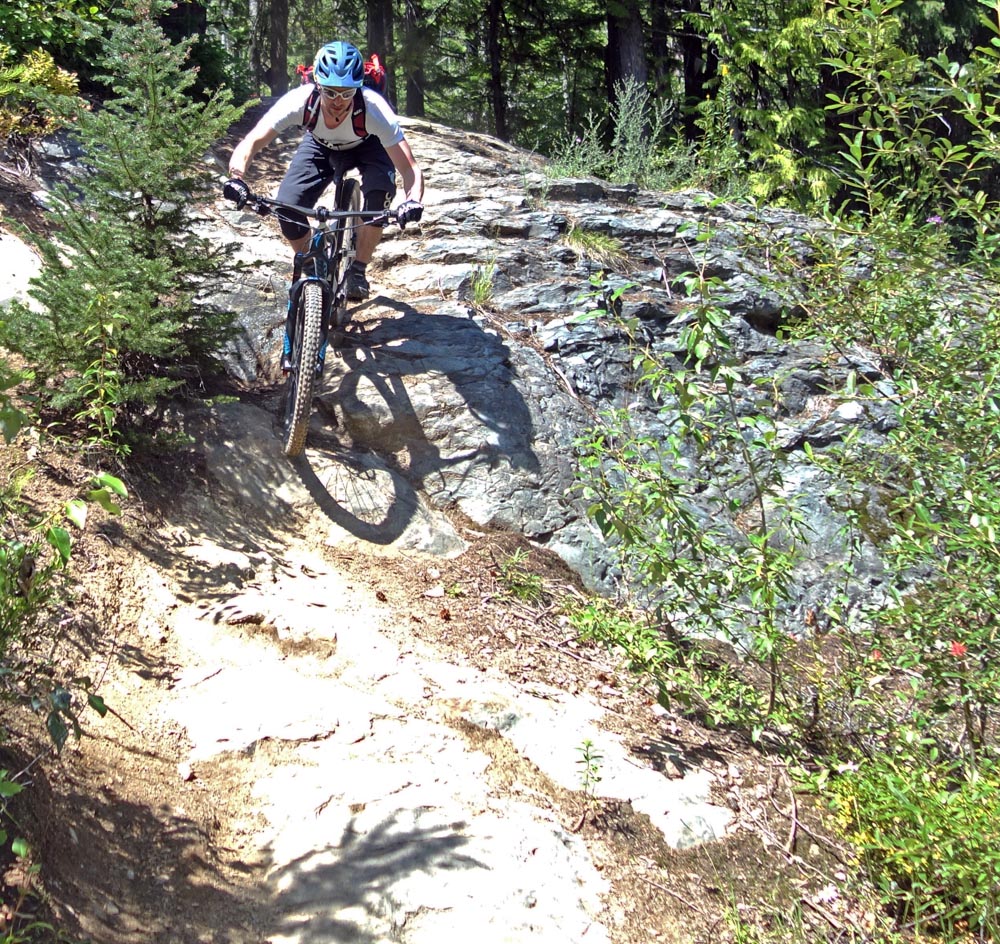 Again we rode from the campground right onto single track! We rode the Malde Creek area. You can shuttle these trails up Malde Creek FSR or do as we did and climb up the well built and steady Tamarack. At the top we did an extra loop on Whiskey on the Rocks, there are other trails here that were being used in the BC Enduro series so we went back up and descended SMA. We had a car at the bottom on hwy 22 to avoid the 10km road climb back to Rossland. But you can ride back up the road if you so chose… 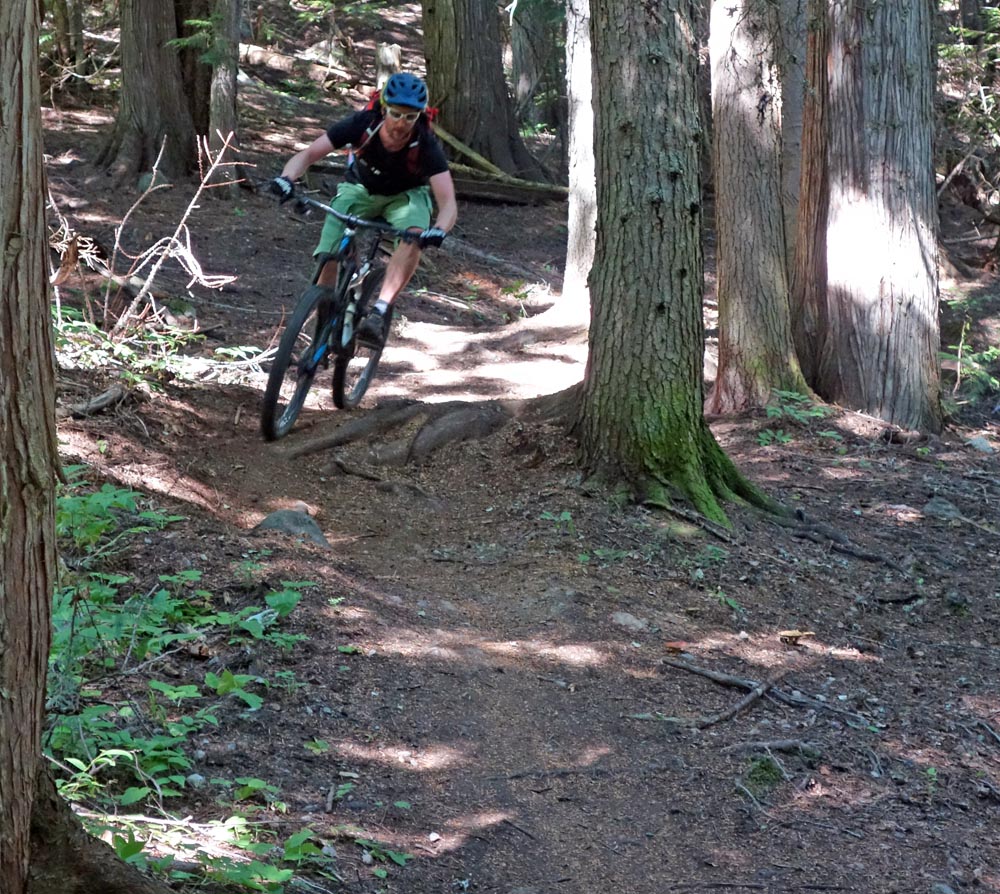 Drakes – start of the climb 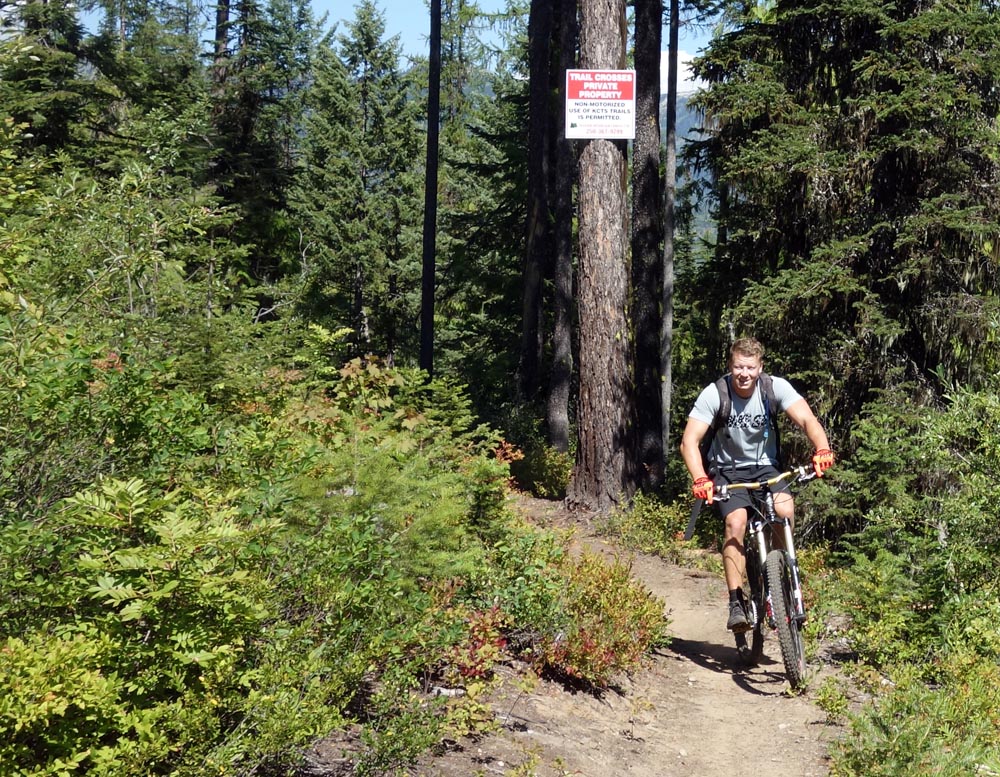 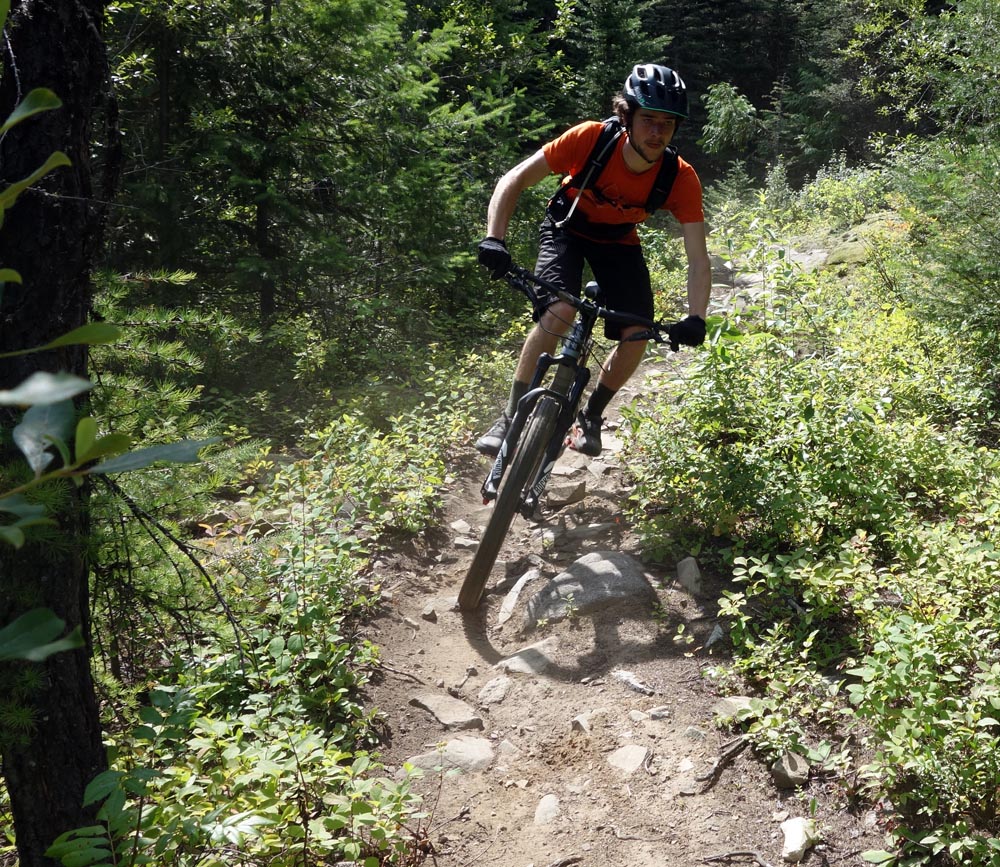 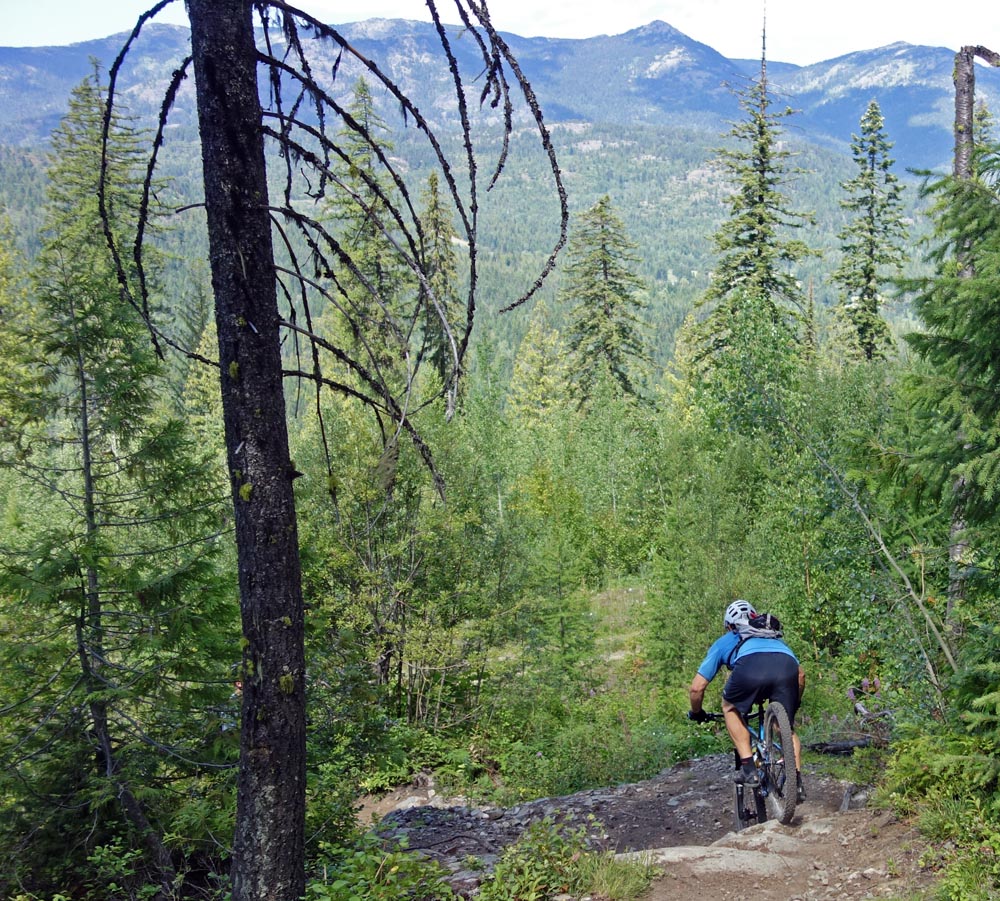 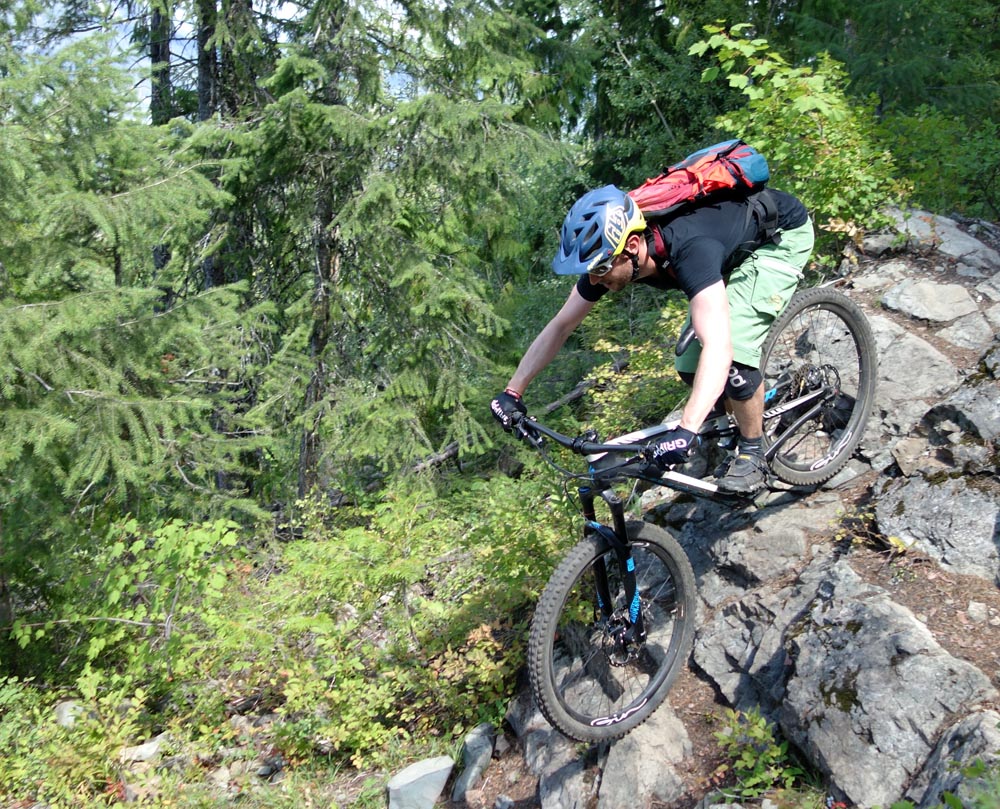 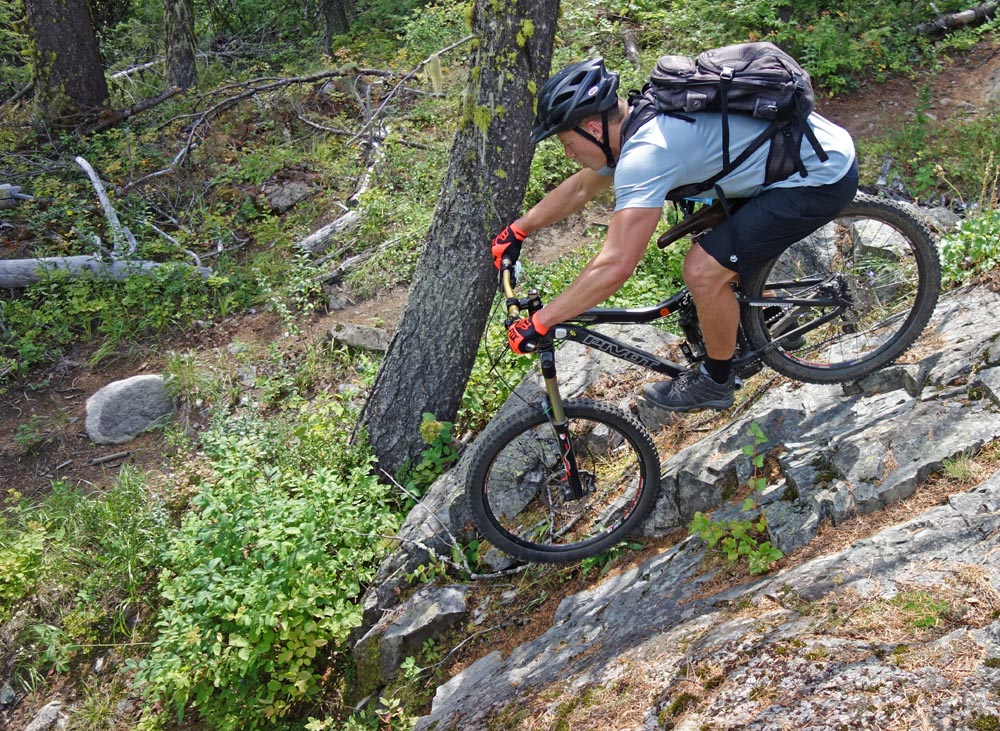 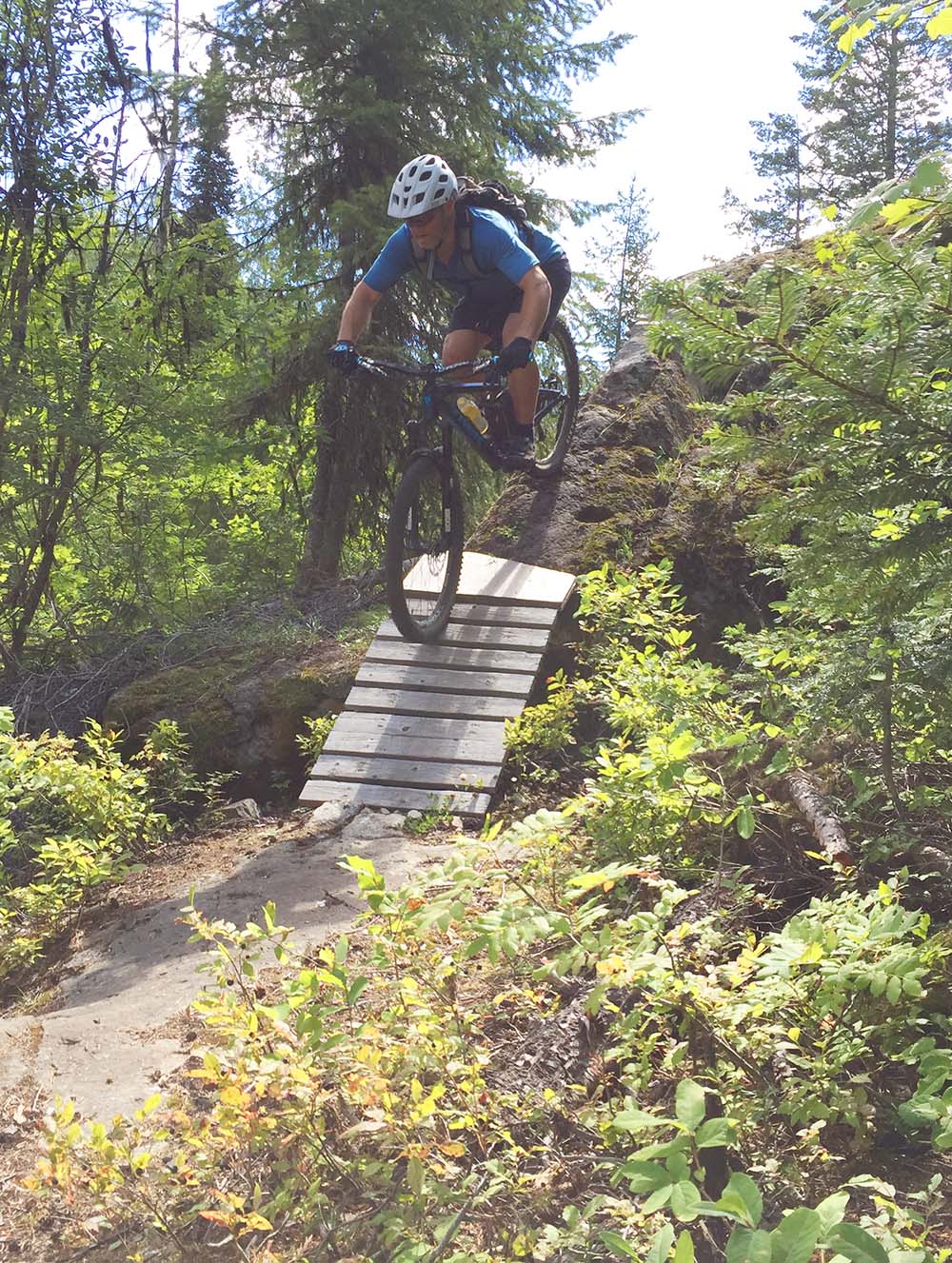 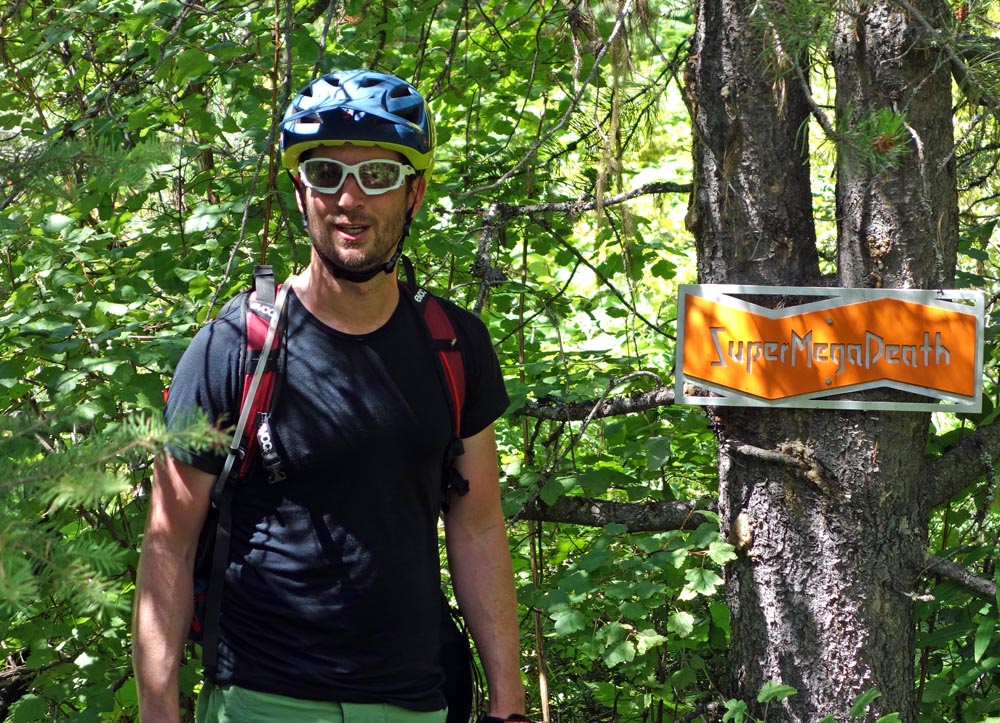 Back up to Super Mega Death. Surprising amount of climbing on this trail 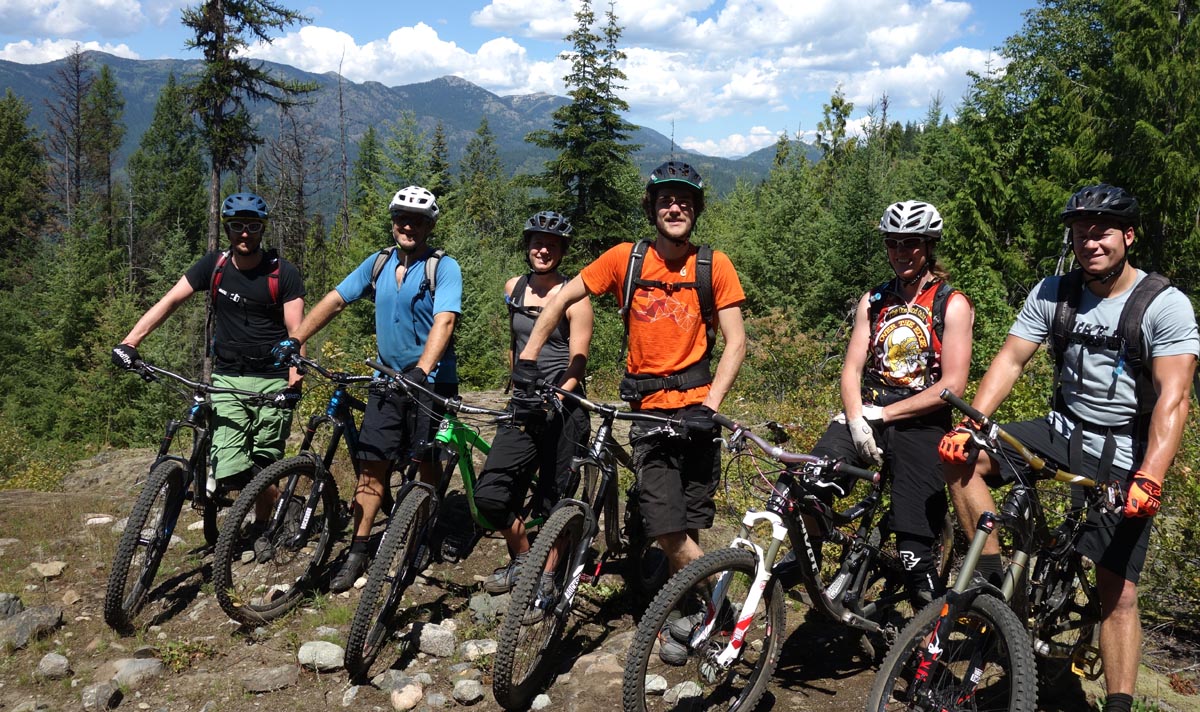 The Group taking a break on Super Mega Death 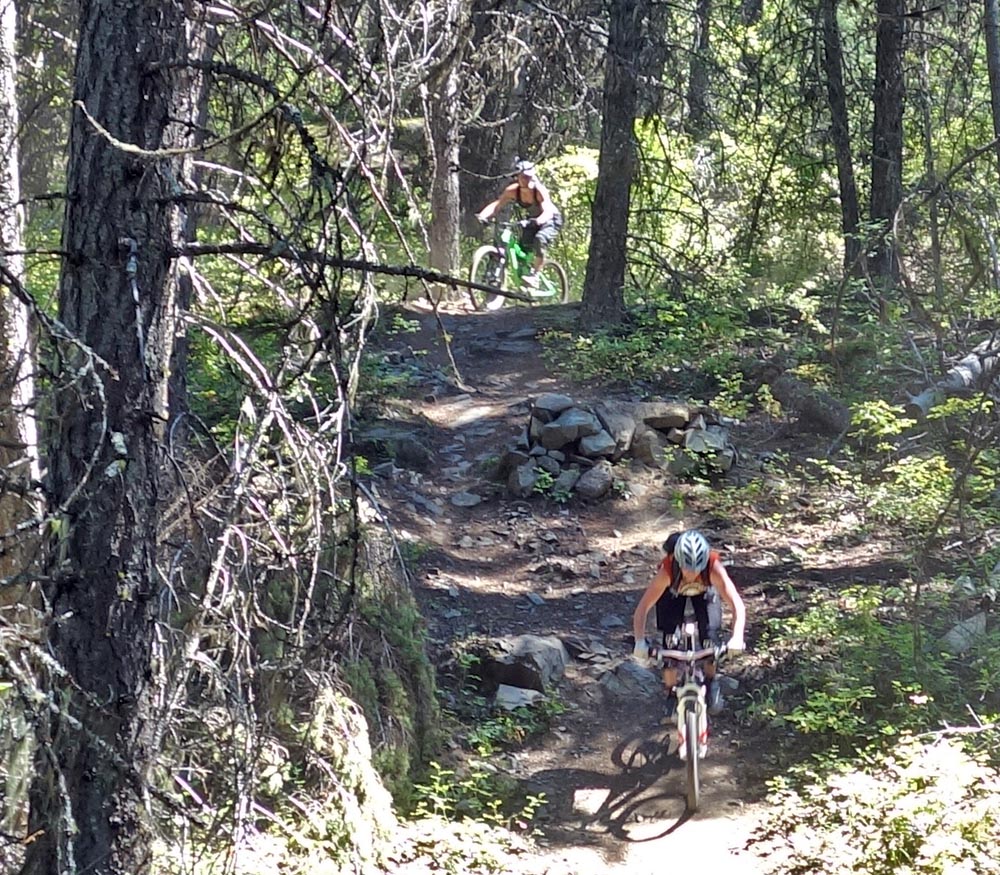 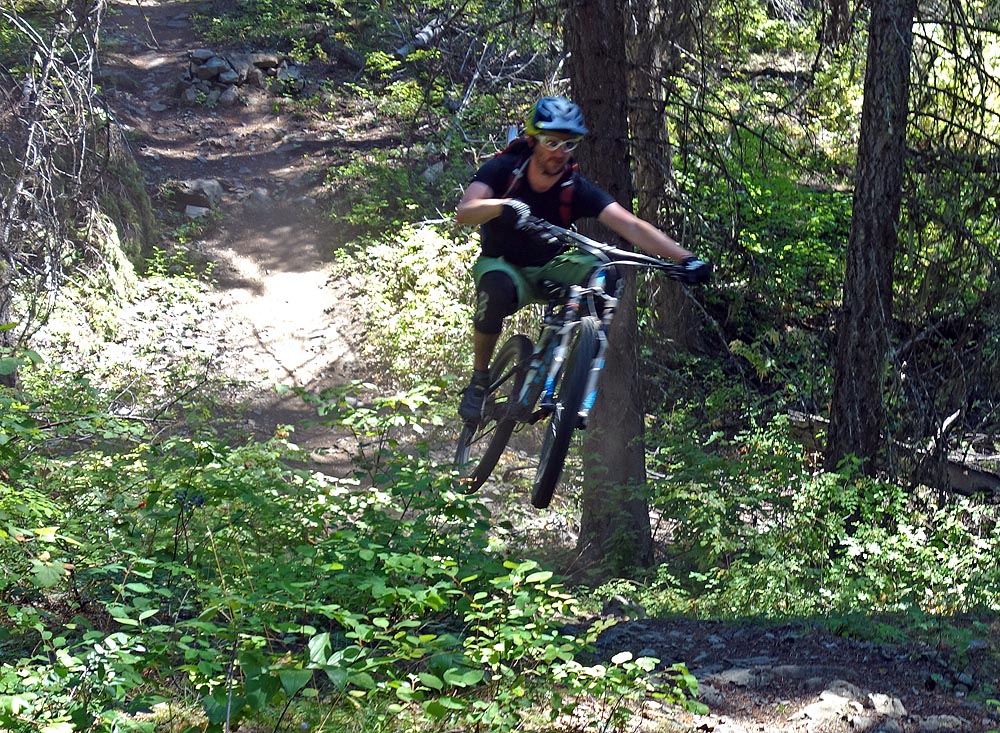 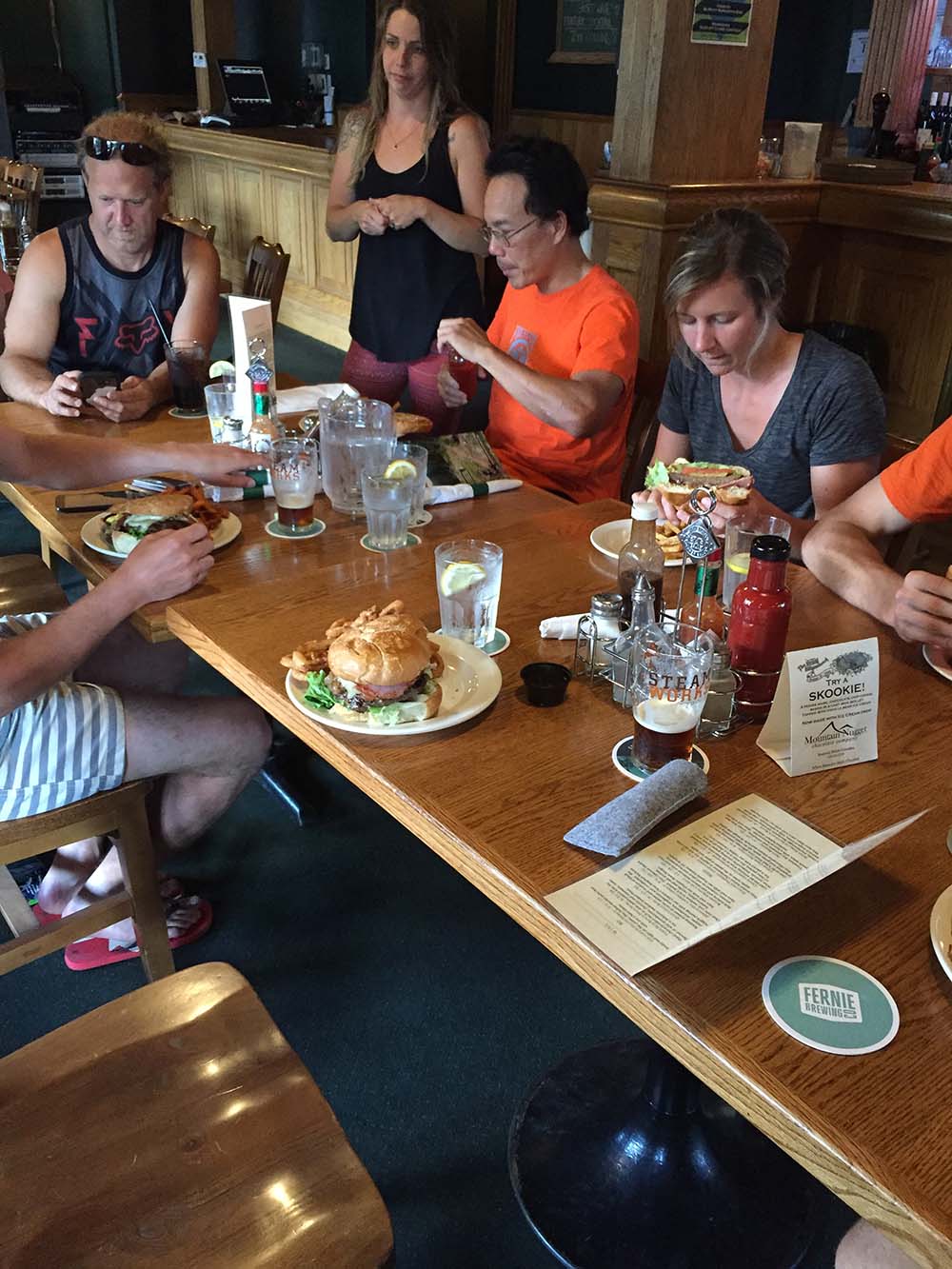 BEST BURGERS at Steam Shovel! They have good beer too. So good we went back the next day. 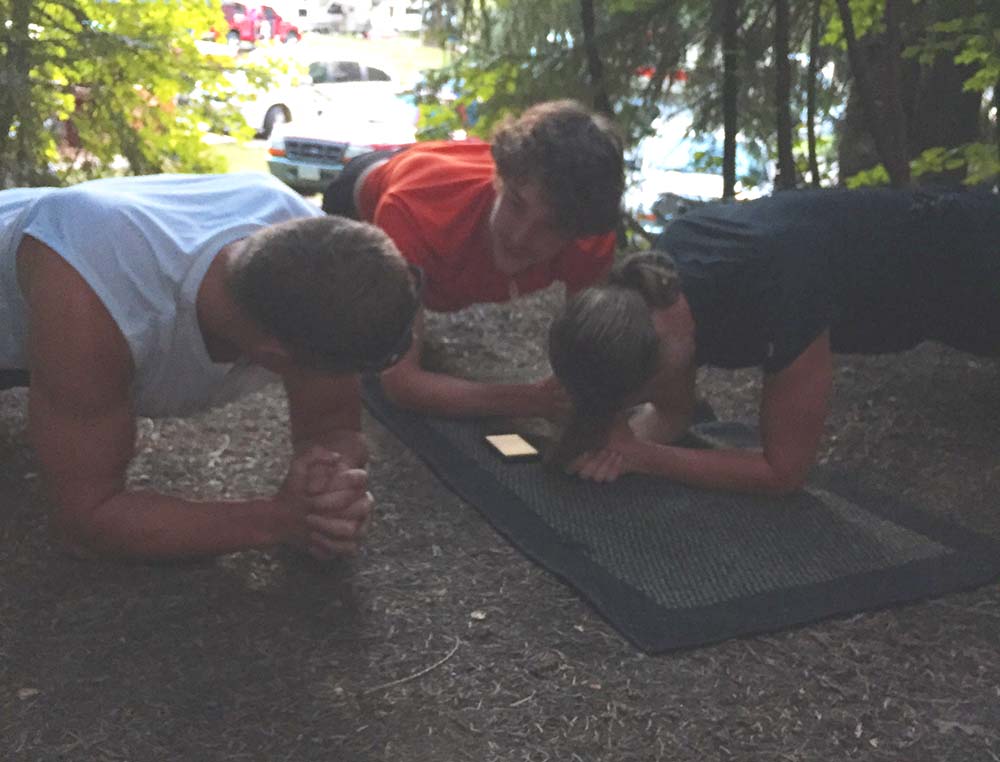 SOOO good and filling Ben, Seb and Anna had to do Planks to work them off.