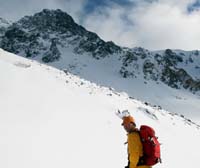 The Galleon is the second highest peak in the Babines at 2380m. You can ski directly to the peak and on this sunny day that was one option for the day. We skied with Brian Hall, the owner of the Storknest Inn where we stayed – highly recommended with its reasonable prices and breakfast included!

We left the Inn early to get an early start only to be thwarted by a mechanical on the G3 Tele bindings. 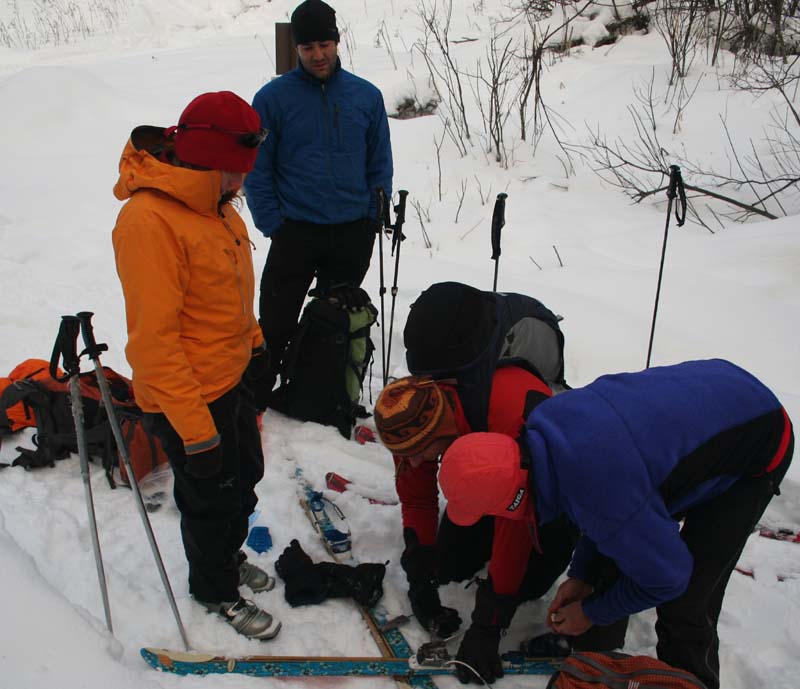 Once the firkling was over we finished the 8km flat trek where you climb a mere 277m and then headed into the trees. 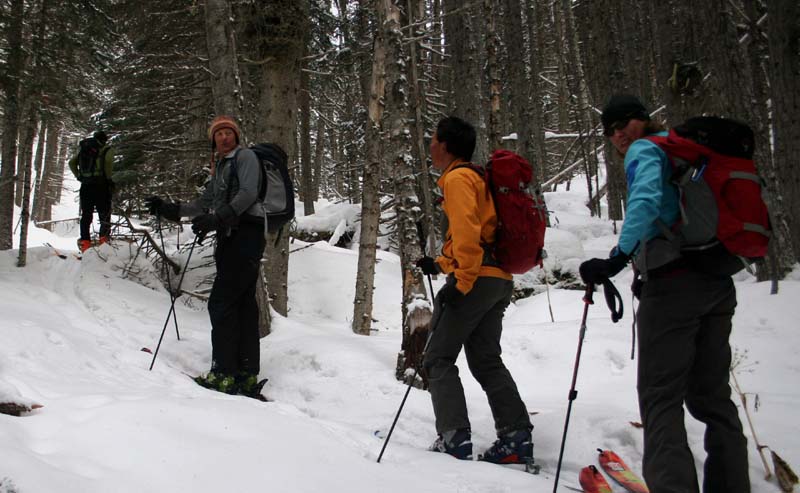 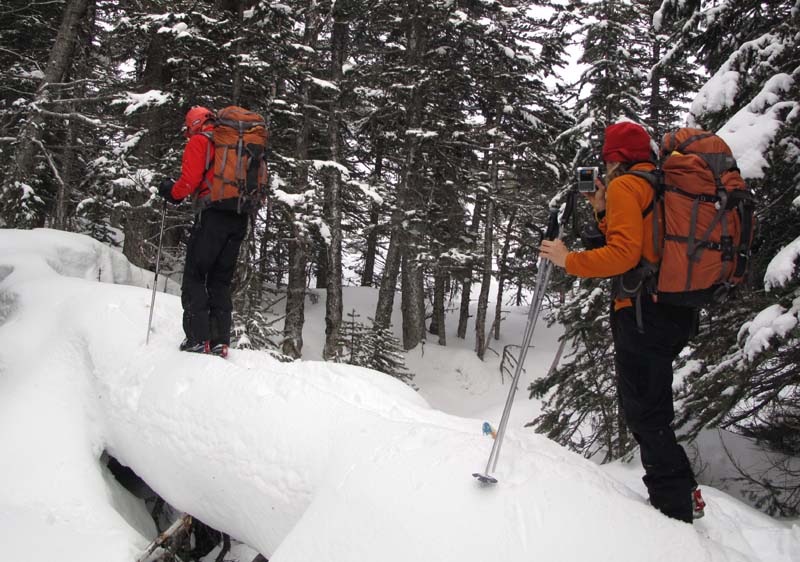 We then leave the trees and enter the Danny Moore Basin. There was a lot of wind in here over the last few weeks… 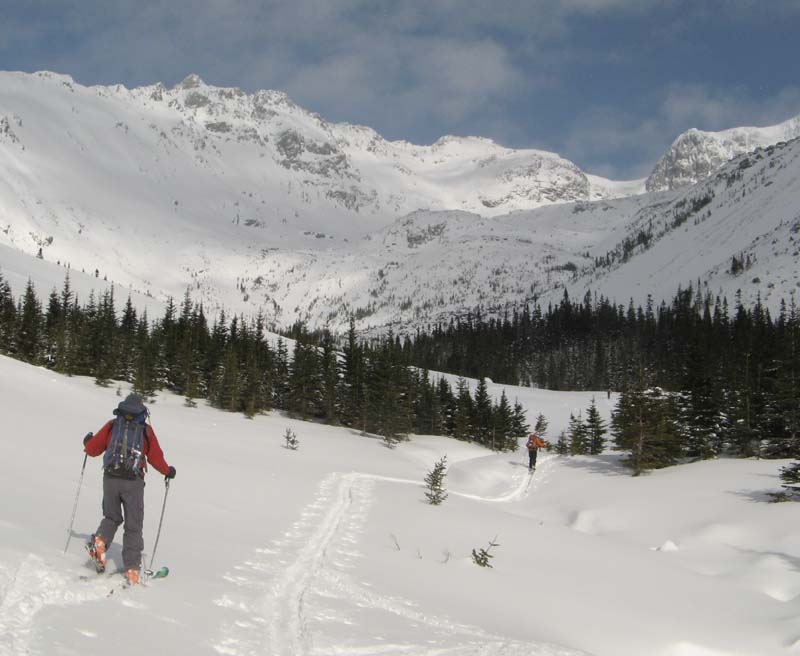 Looking back down the Basin. 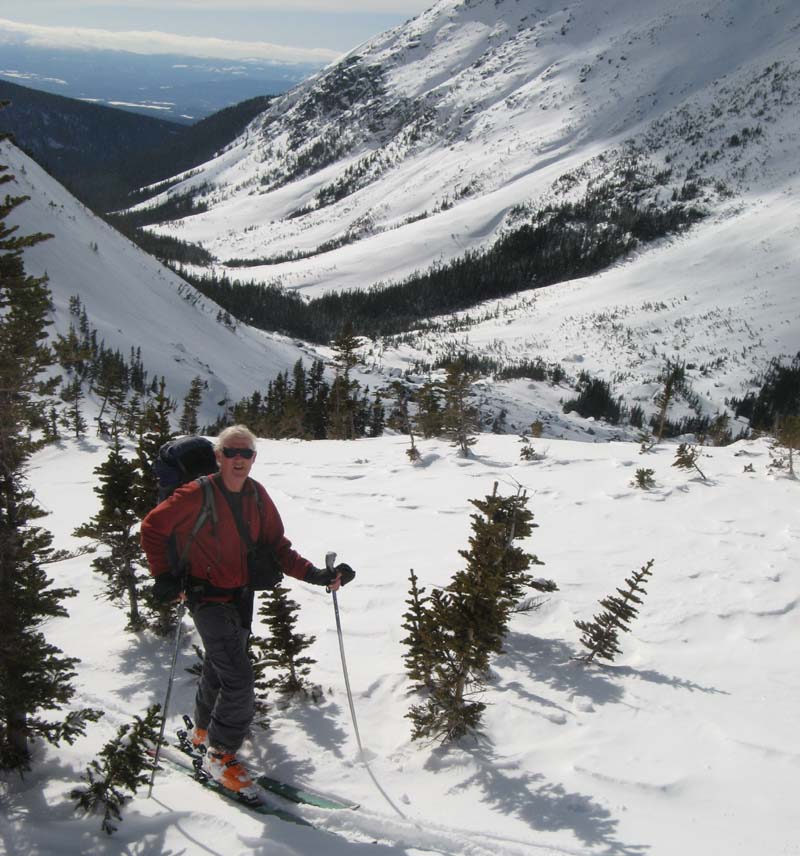 Then we have to cross the creek! We found a pretty good spot! 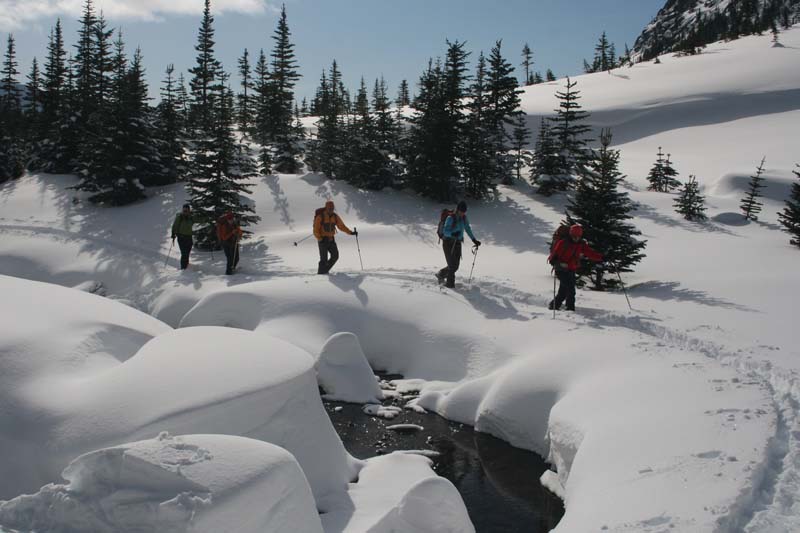 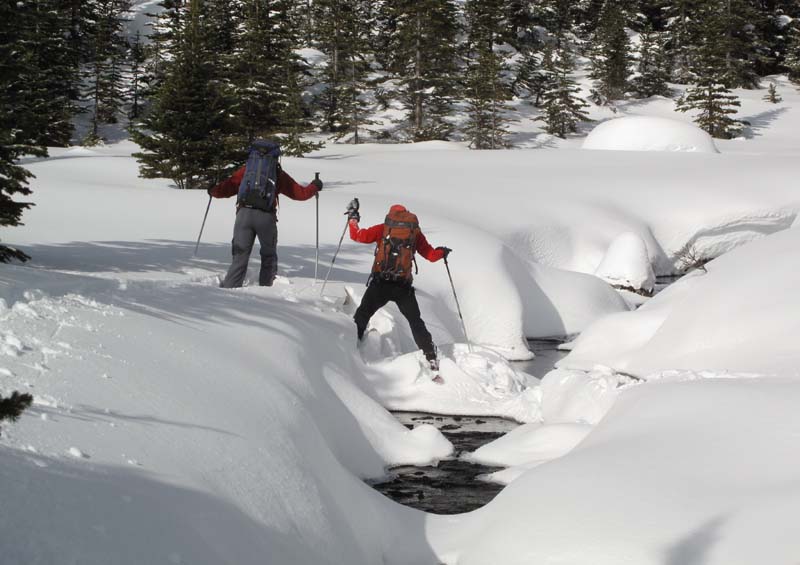 Negotiating the boulder field on the way up the valley. 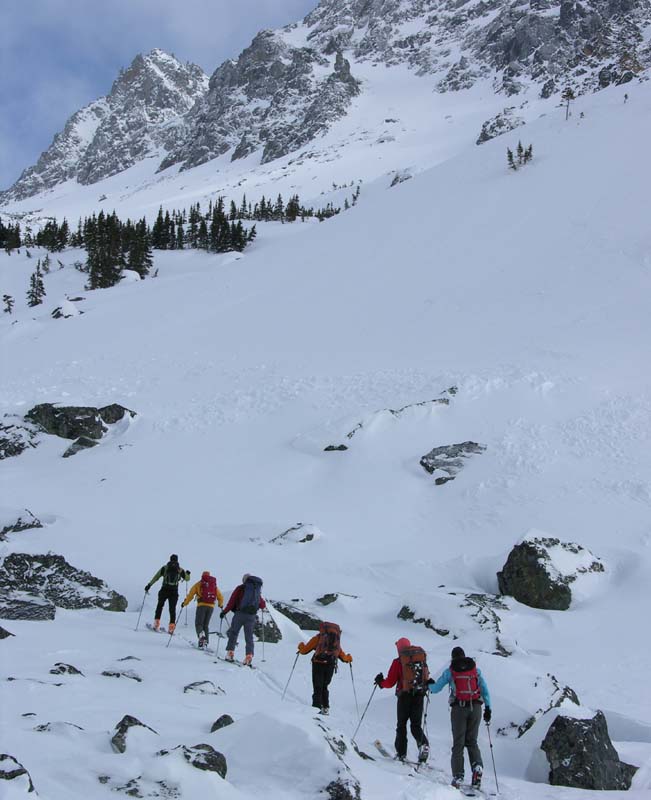 Getting closer to the mountains! 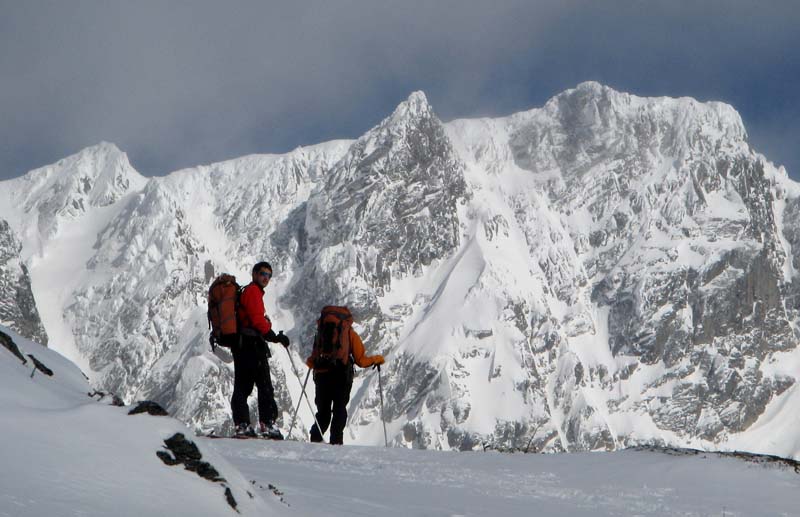 Looking down the valley of the Danny Moore Basin flanked by Lagopus Mt and Elmsted. 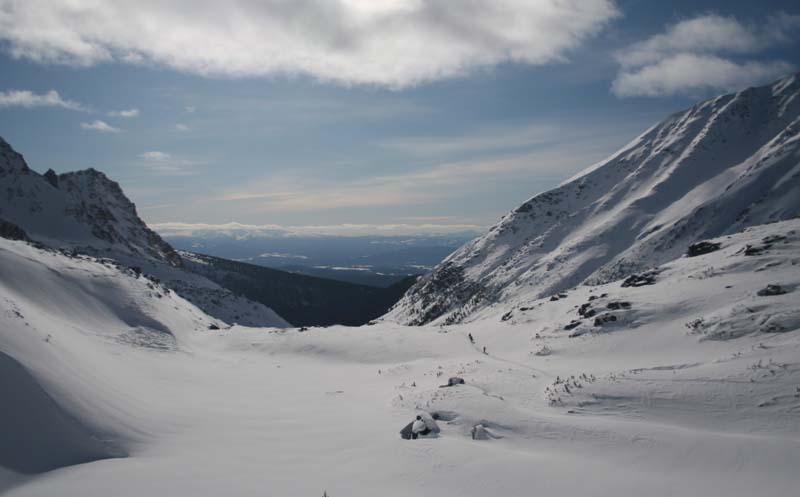 Can you see us trying to catch Jos schnell! – Photo by Jos van der Burg

Almost there? Not quite… 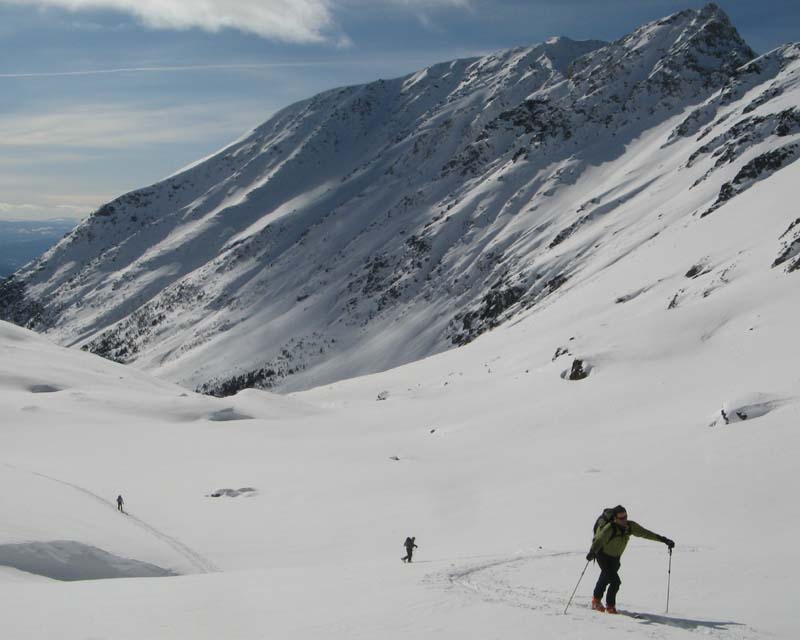 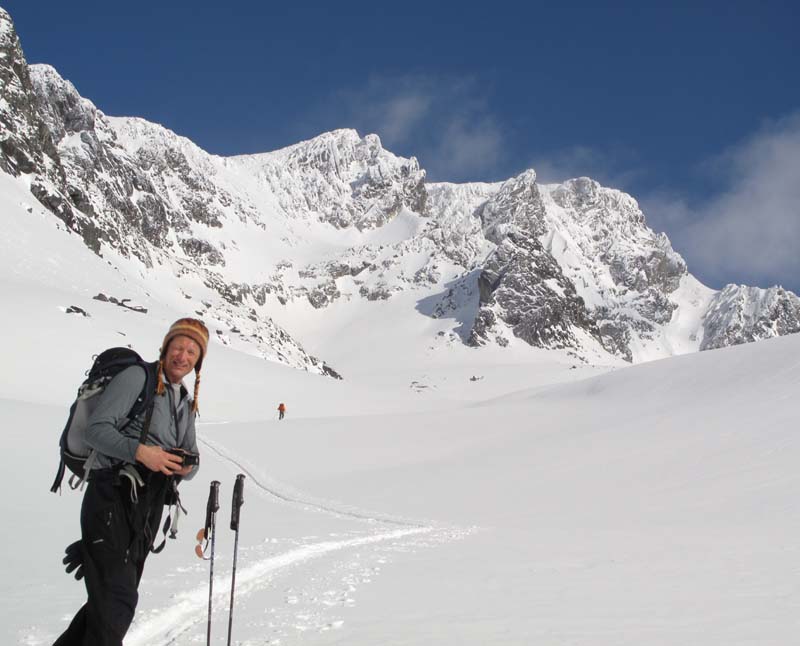 We are now heading to the last section I guess you can say of the ascent. 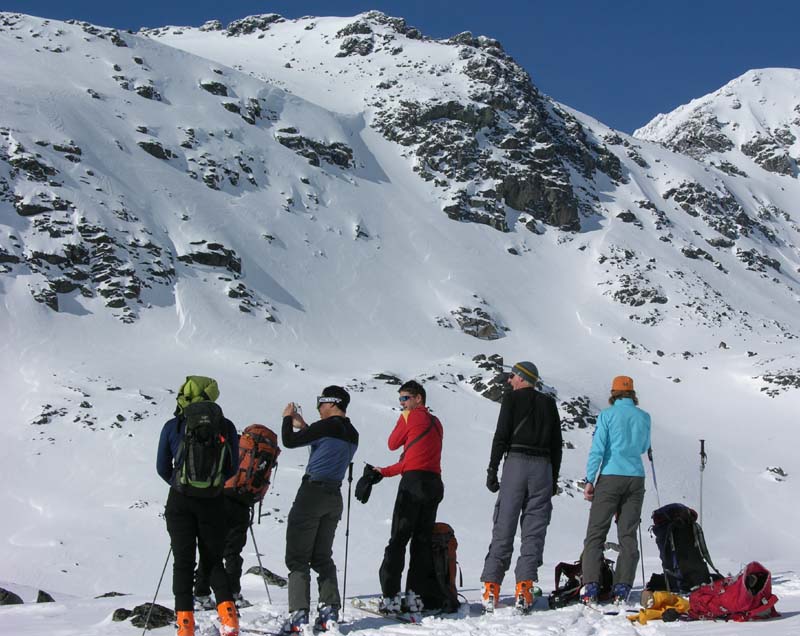 The group makes the last push to the summit and we get there at 3:40 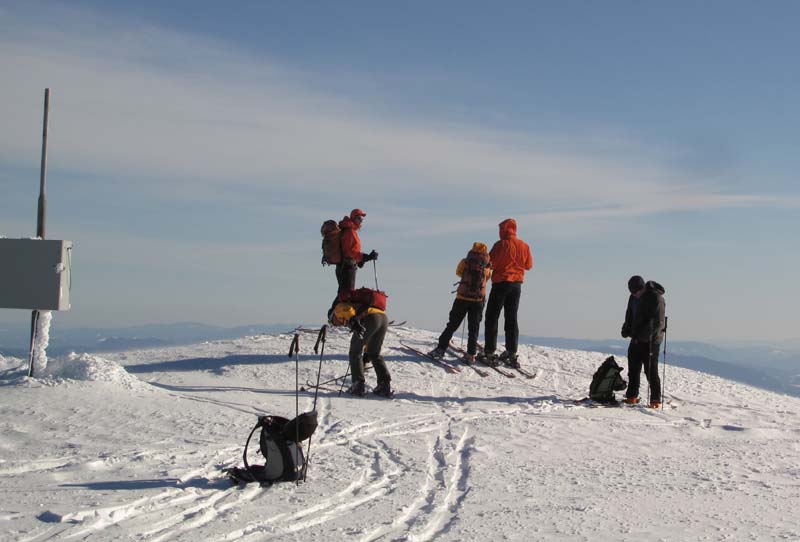 Then we head back down! 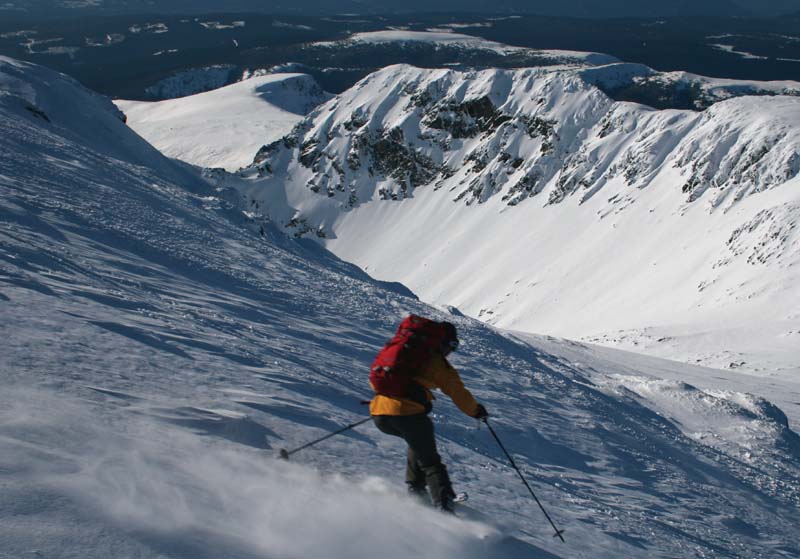 Lee getting the shots in. – Photo by Jos van der Burg

We shredded this slope! Snow was not bad! 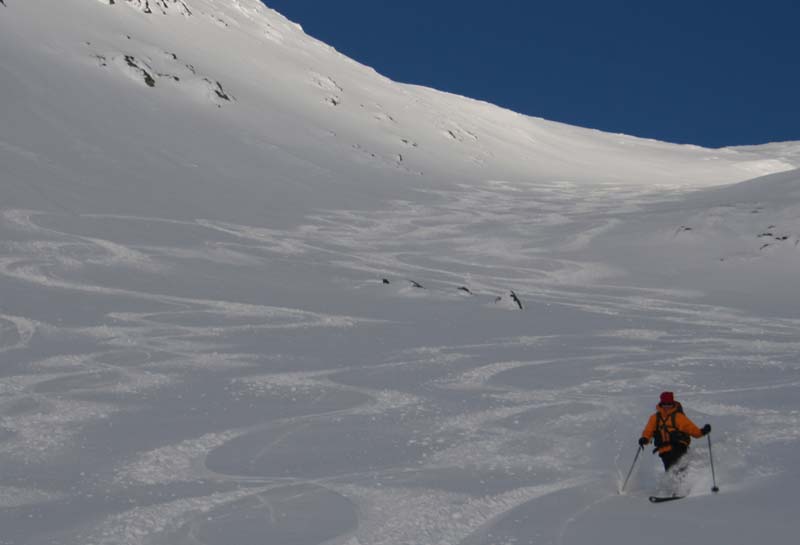 We high tale it back down before it gets too dark. Get to sample some ‘classic’ Smithers tree survival skiing and were back at the cars for sunset. 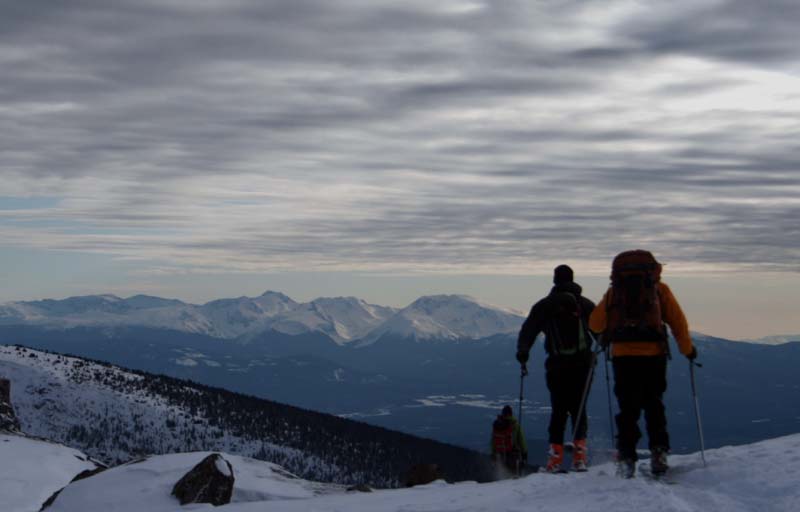 Google Earth Image of the Babines. 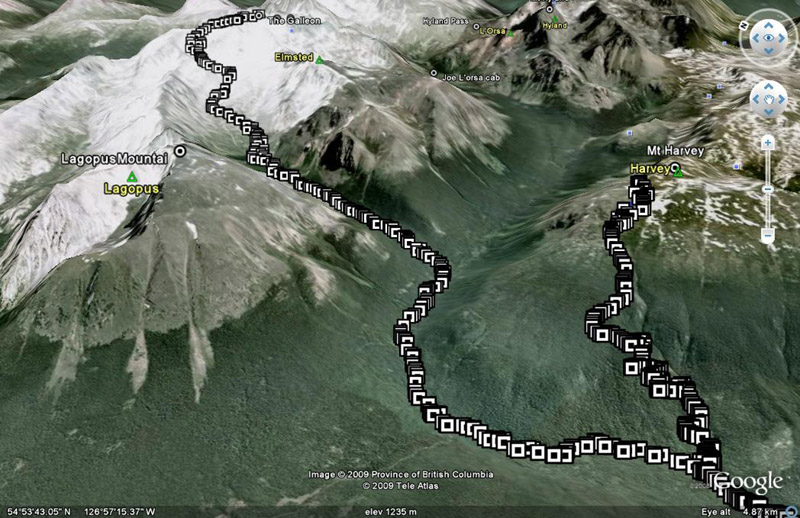 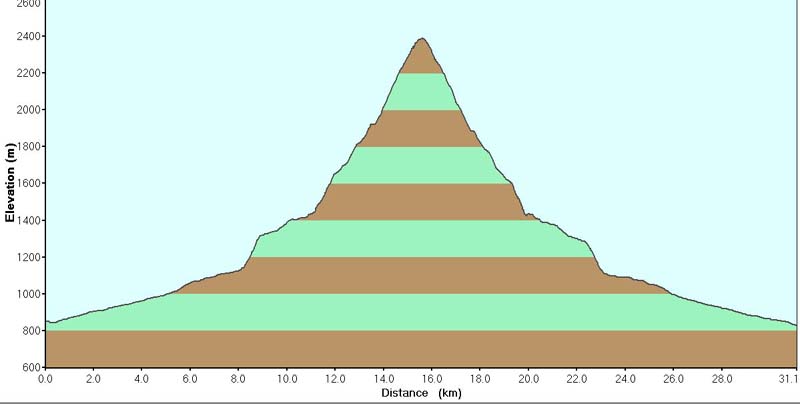 This entry was posted in 2009, ski and tagged central bc, galleon, Smithers. Bookmark the permalink.