We were able to get up the Glacier chair earlier today, 9:30, but the vis was not as good as yesterday so we weren’t quite as ambitious. 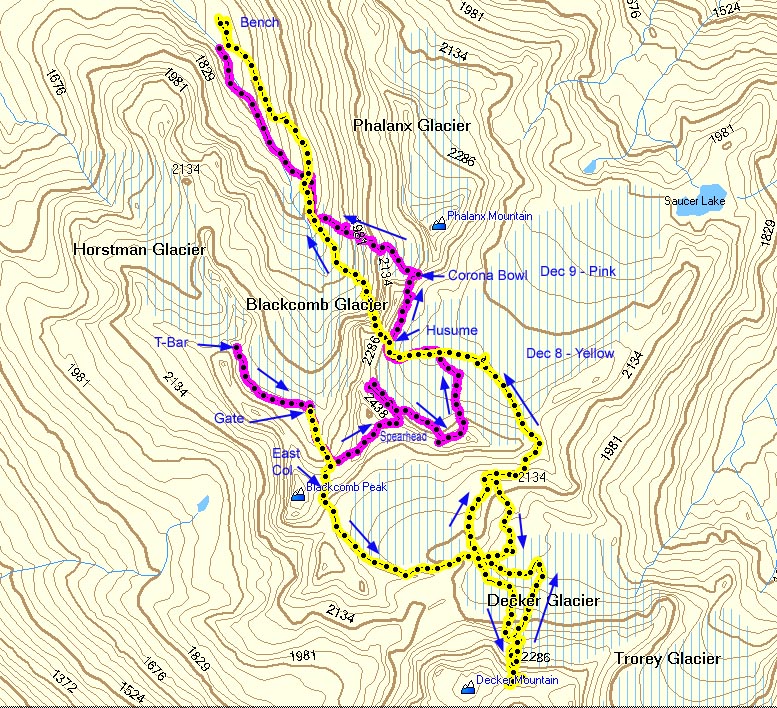 The vis was poor all the way to Don’t Swill. We were considering heading down to Circle Lake but the last time we did that in these conditions we were in a whiteout pretty much all day. So to appease the white out gods we conceded that the skies would not clear and heading into the Spearhead Glacier to Corona Bowl. 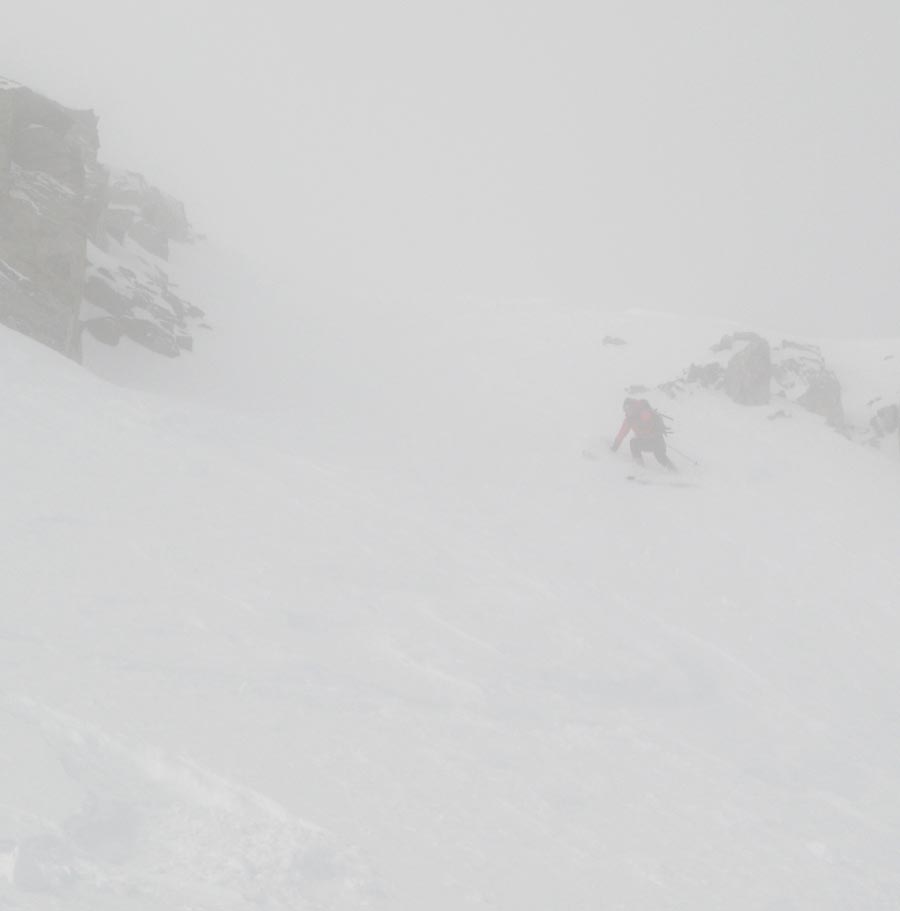 50m drop of Don’t Swill! The conditions were great!

As luck would have it when we decided on the shorter day the skies started to clear. 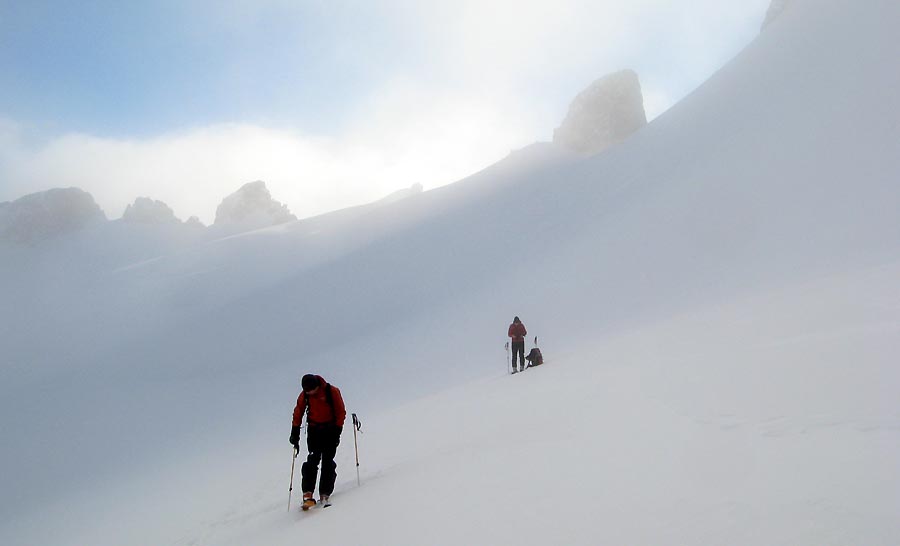 So we took a couple of runs in the Spearhead to take advantage of the vis window and great snow! Some other guys were venturing in to do Corona Bowl.

A small avalanche that was set off by the group that skied Corona earlier. A windloaded slab released above their skin track.

Hmmm somebody was lucky!

After a couple of runs in the Spearhead we bootpack up Corona Bowl. 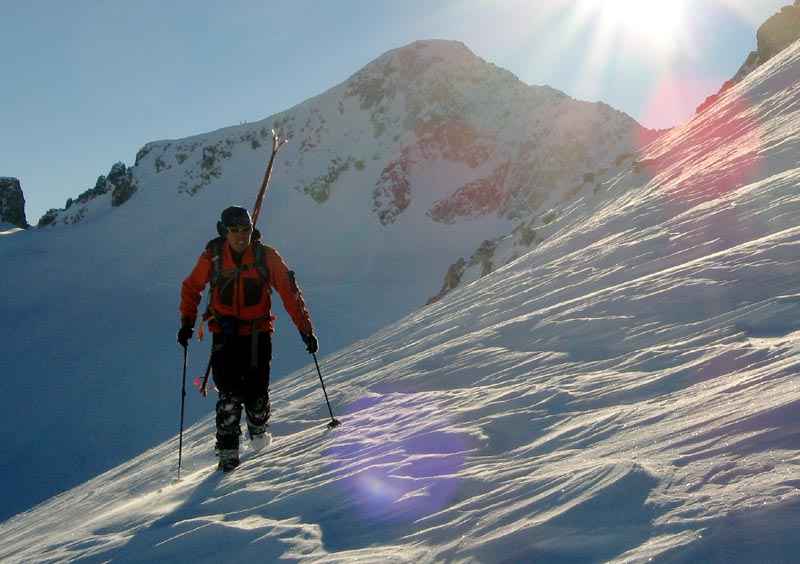 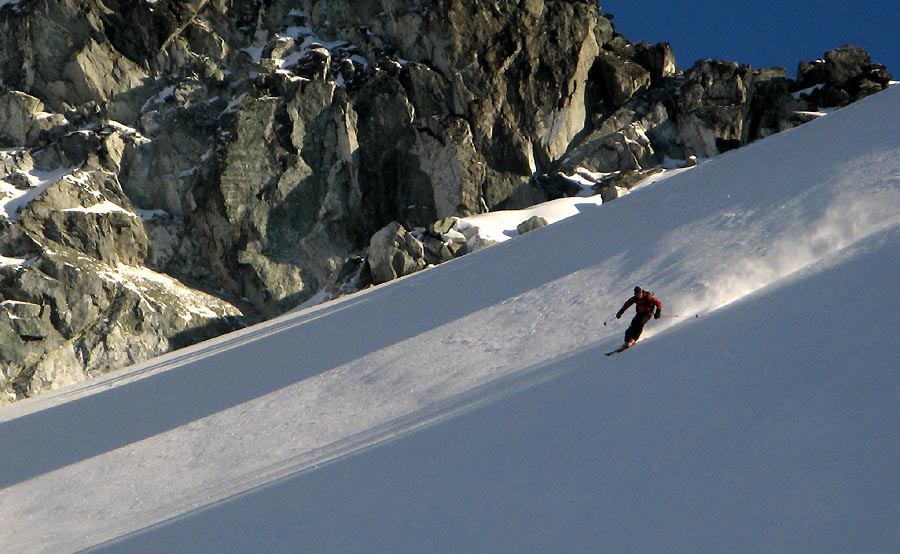 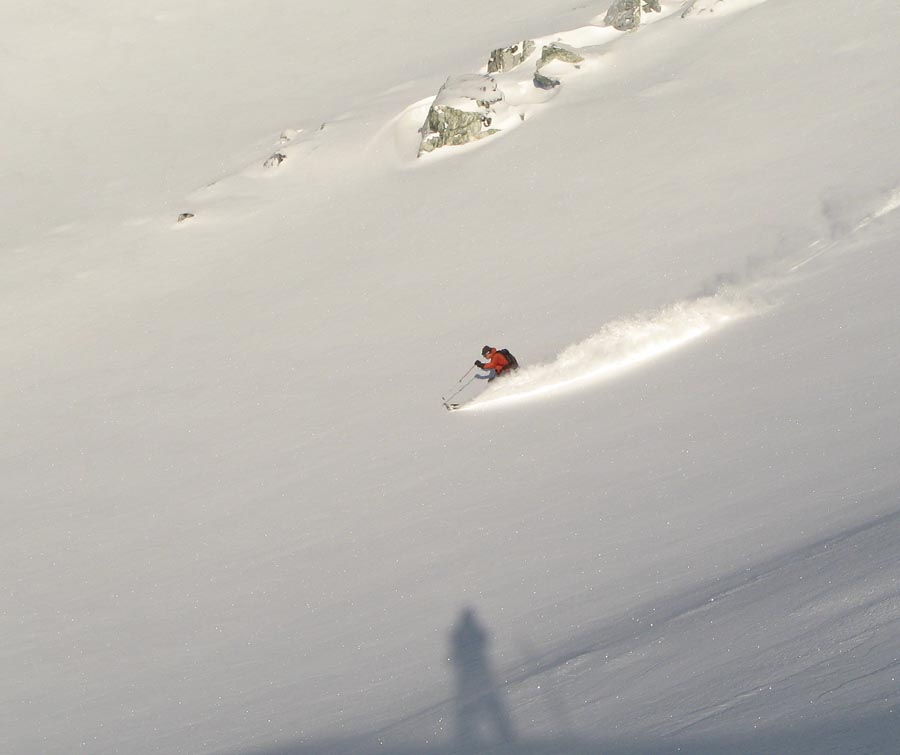 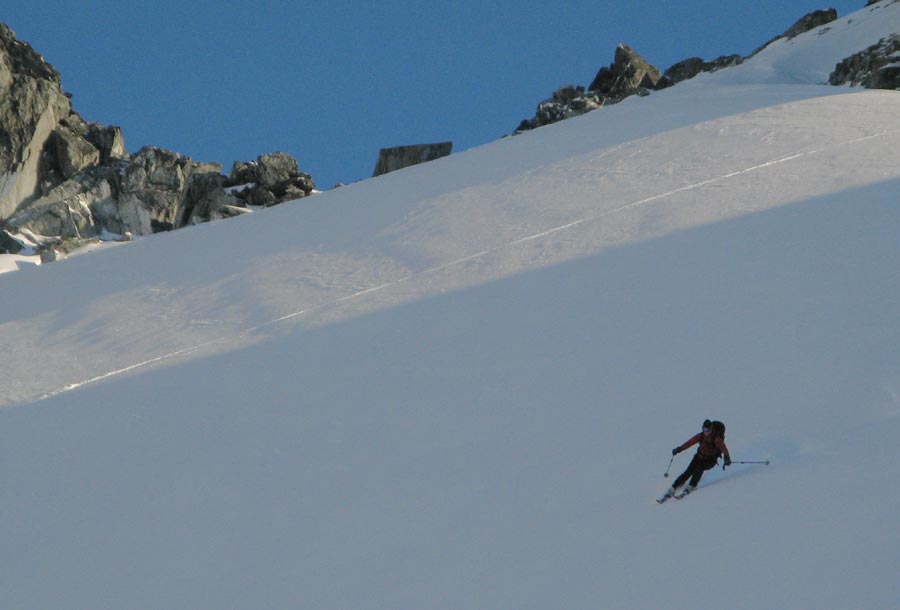 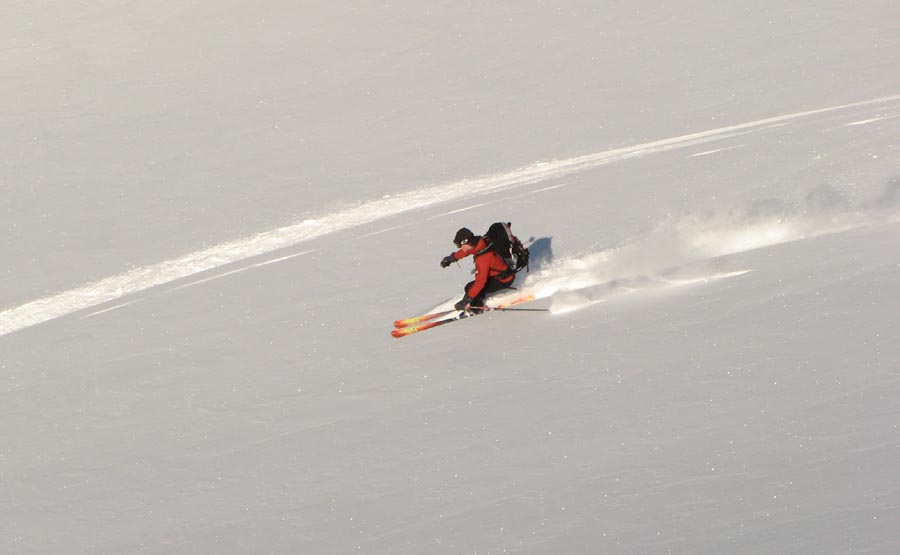 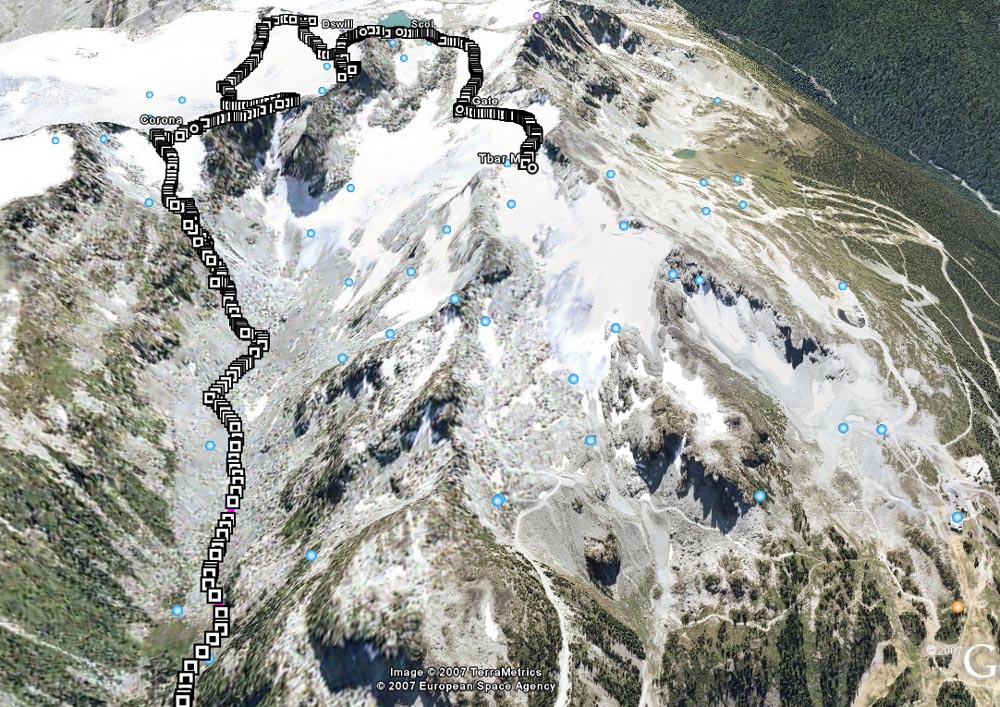 This entry was posted in 2007, ski and tagged blackcomb backcountry, corona bowl, spearhead. Bookmark the permalink.