It’s been 12 years since I’ve been to the Sphinx area. Many VOC camps were held in this location and many tumbling cartwheels on old crap tele gear were accomplished on the Sphinx Glacier. I’ve been trying to get back to the area for the last 3 years but weather has always given me an excuse to go to other places. Finally on the first weekend of May, assured that the lake was still frozen I headed off to Sphinx Bay with Sky, Maxim, Davide and Reed. Leaving the Rubble Creek parking lot at 730 pm we got to the hut at 12.30 taking our sweet time. A bunch of Sky’s friends (Amar, Jason and Hannah) were already there. We piled in.

The next day dawned predictably in bluebird fashion. Sky was on a mission and a group peeled off. Joined by Andy who had come in on the morning shift, they eventually ended up skiing Carr, Parapet and Isosceles. Maxim and I felt pretty content to laze around in the sun like lizards. Joined by Davide and Reed, we farmed corn snow off the south-facing slopes S of the Carr-ridge. We then skinned back up E facing slopes up to the Bookworms and back down to the Sphinx Glacier. The American invasion was completed as Monica and Ryan were also at the hut. Hours later, the others straggled in with tales of epic conquest. I had a nap and it was good.

Andy and Amar across the small lakes just E of Garibaldi Lake. The slopes in the background are deceptively high – 1200m above the hut which is at about 1450m elev. 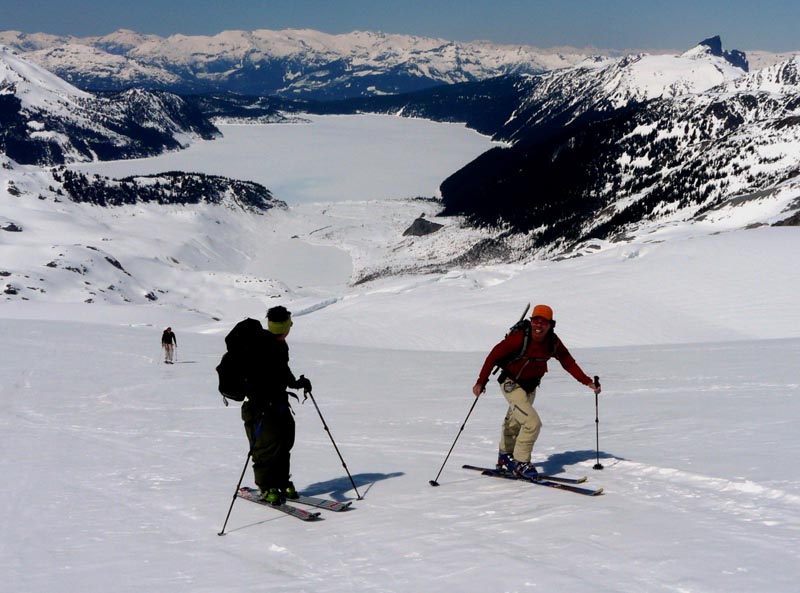 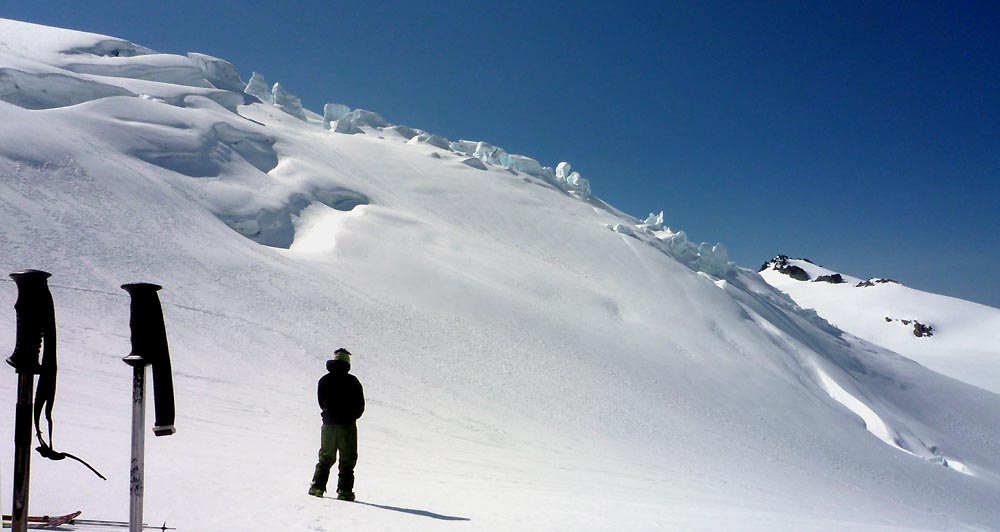 Davide contributes to glacial recession. This glacier drains into the lake. Hopefully it finds its way into the Squamish watershed – which seems wildly appropriate. 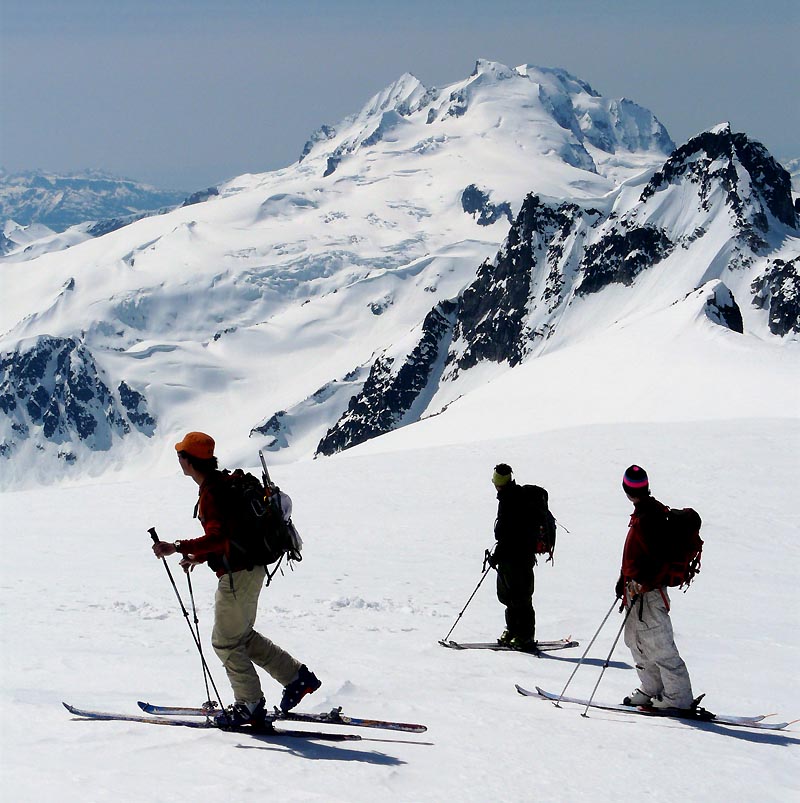 Mt Garibaldi, the Garibaldi Neve and the Mamquam Glacier in the background Picture ~ Maxim Alexandrov 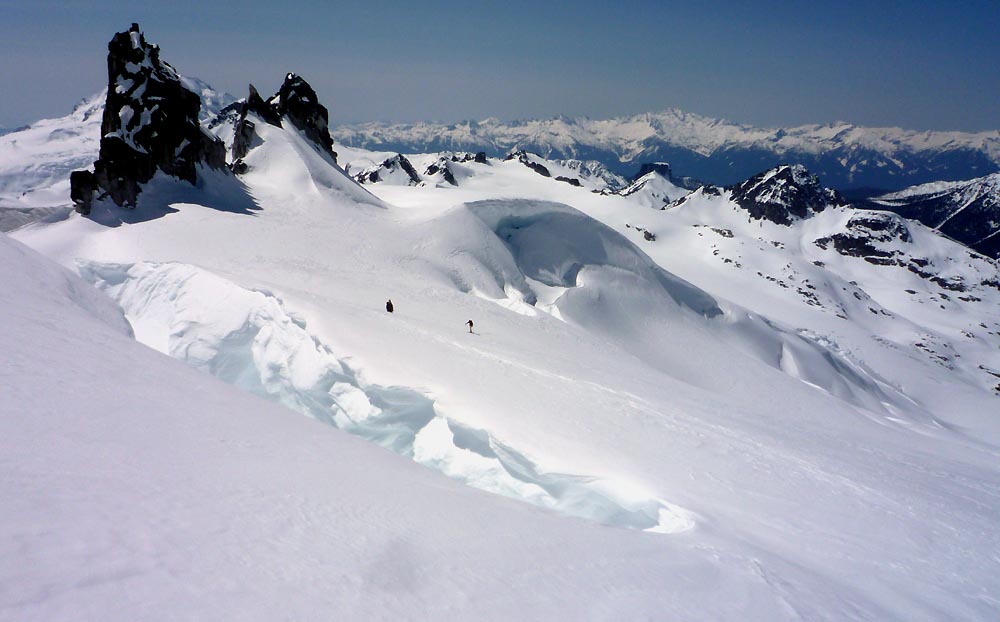 Bergschrund below the Bookworms 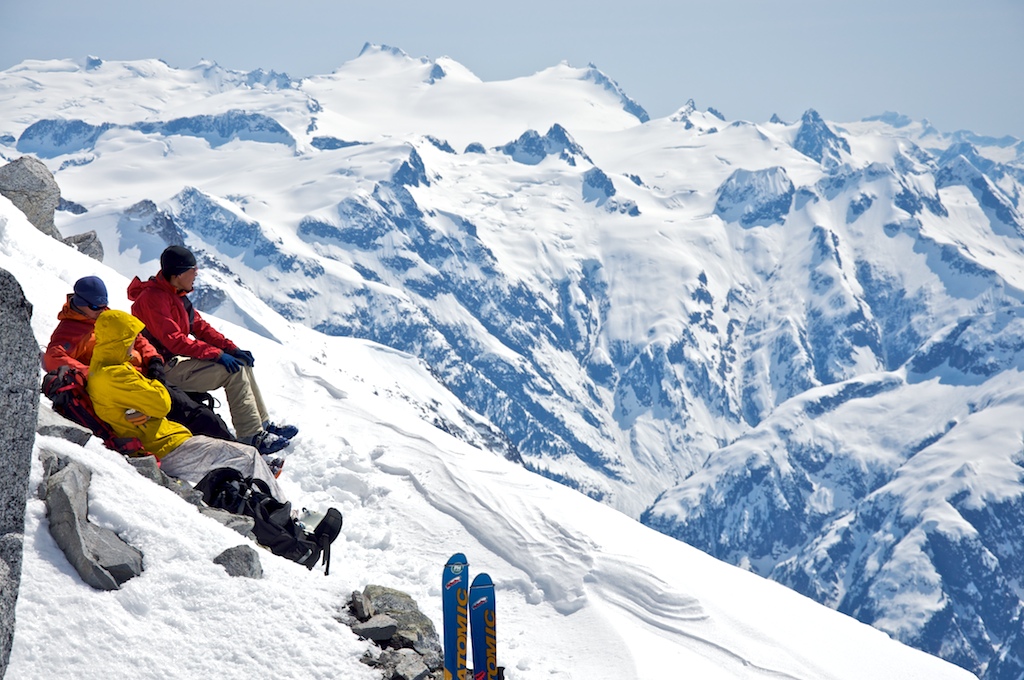 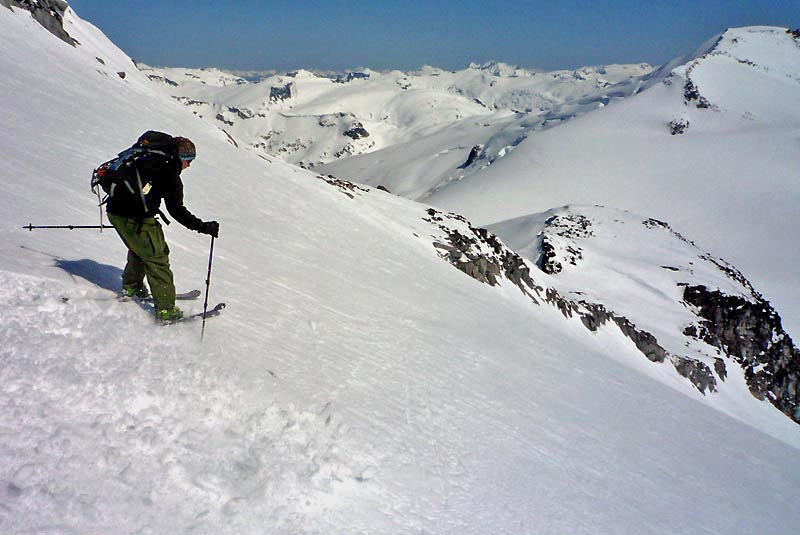 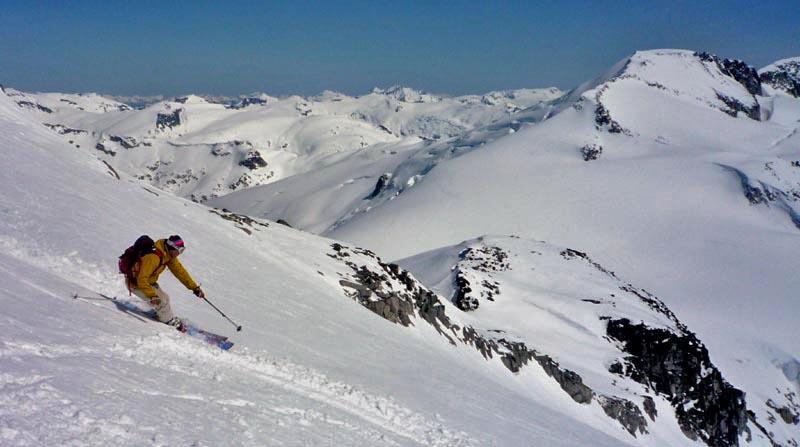 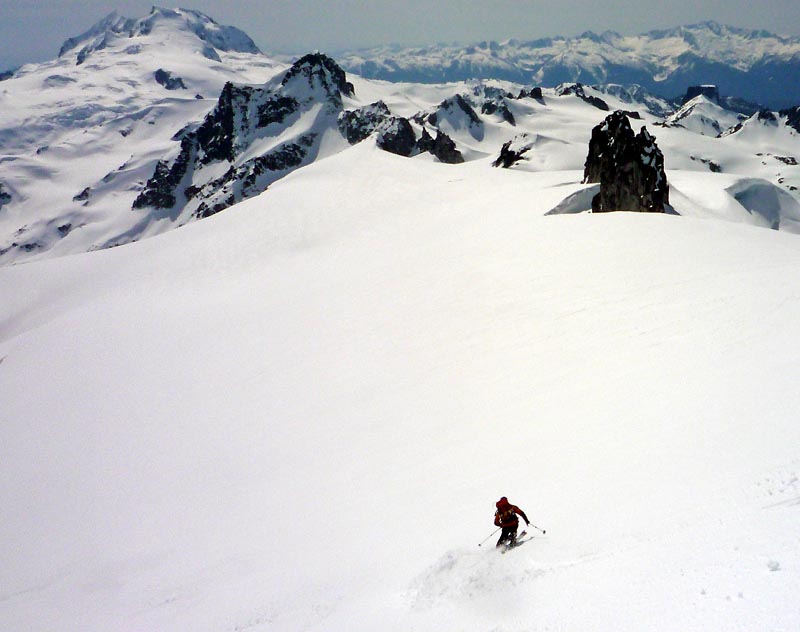 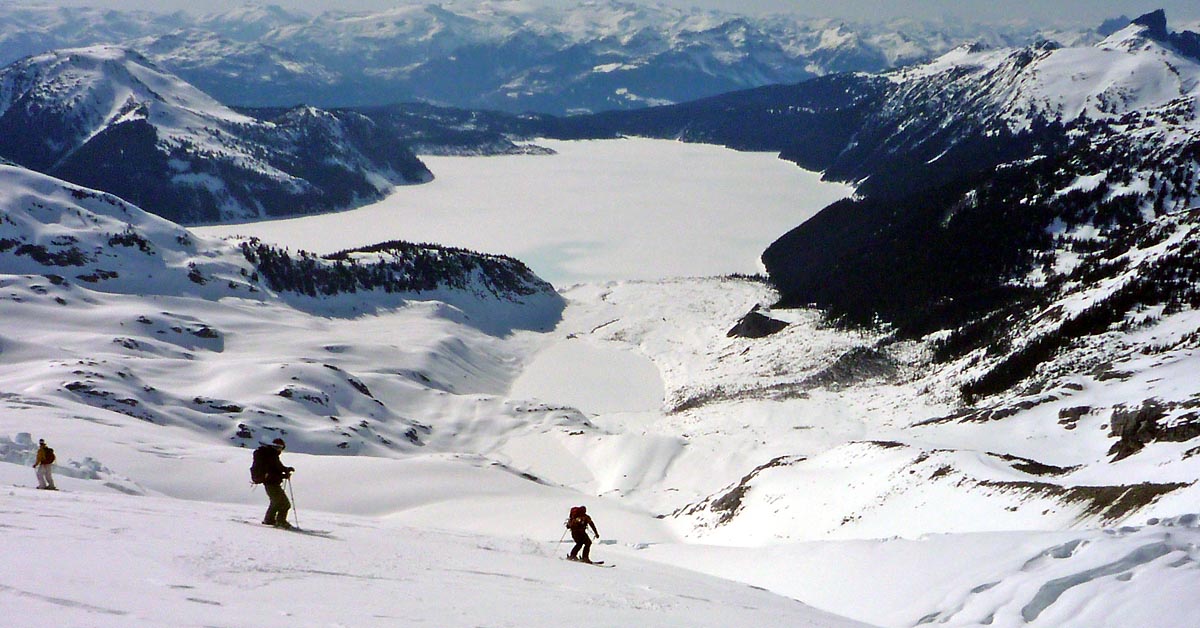 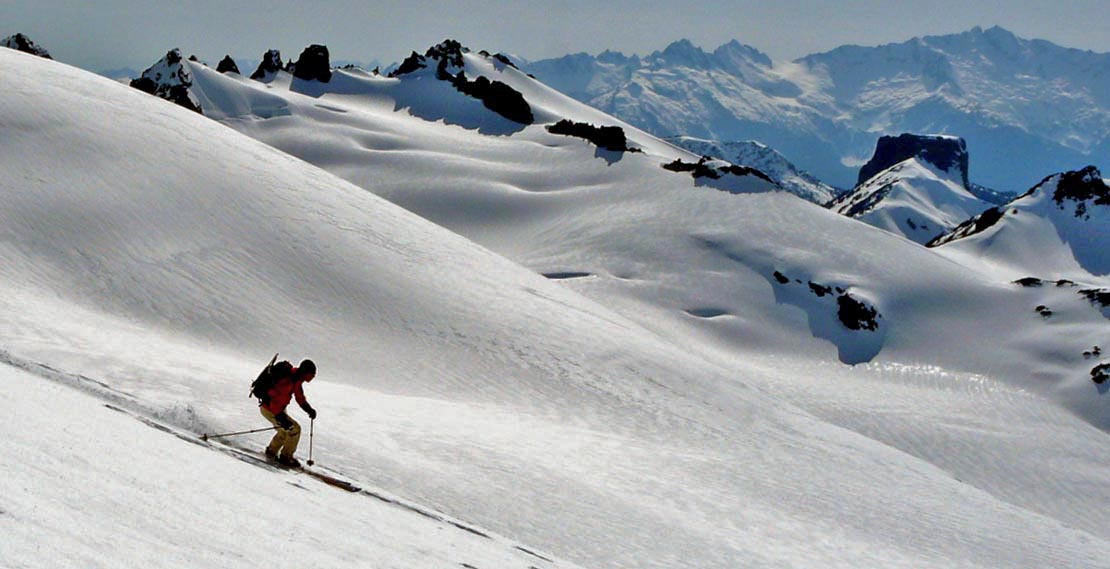 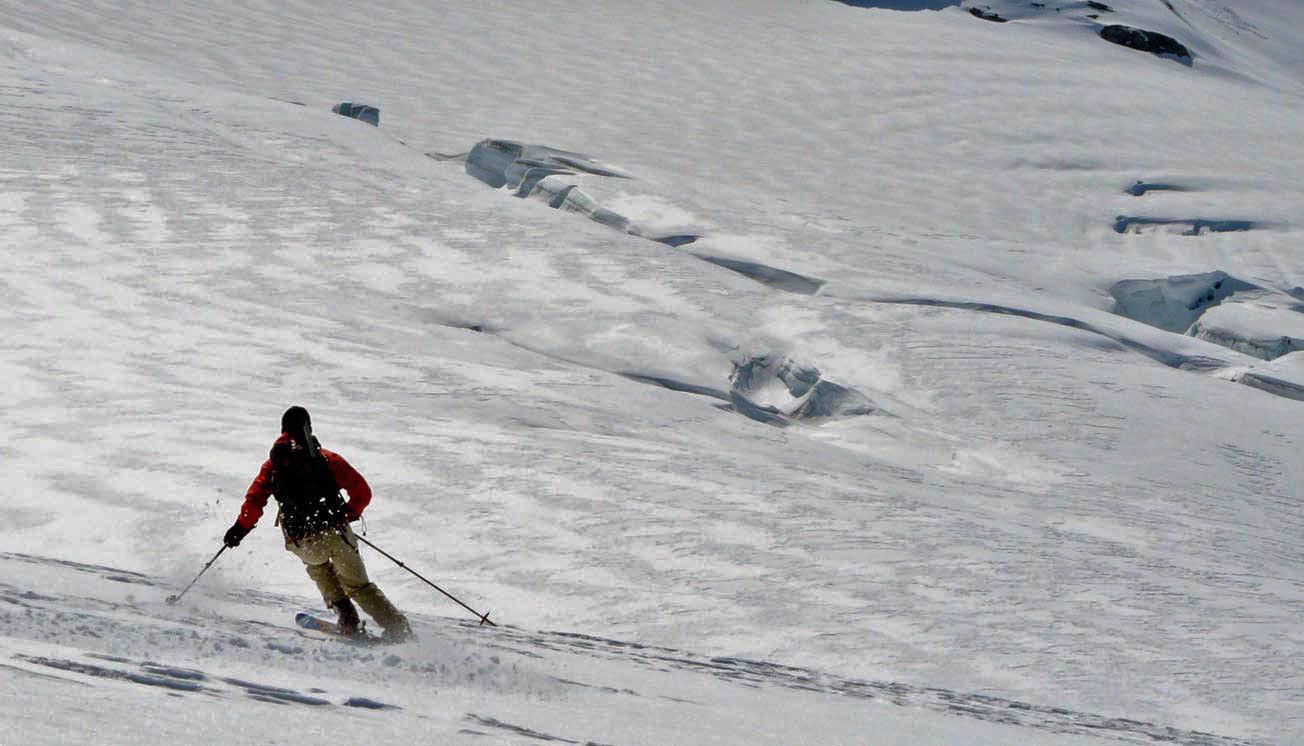 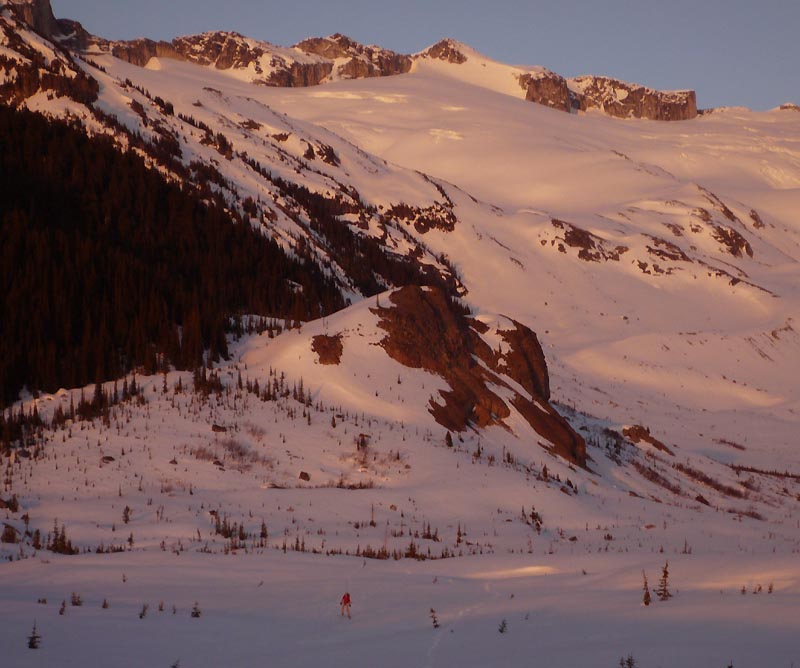 Hannah bringing it in 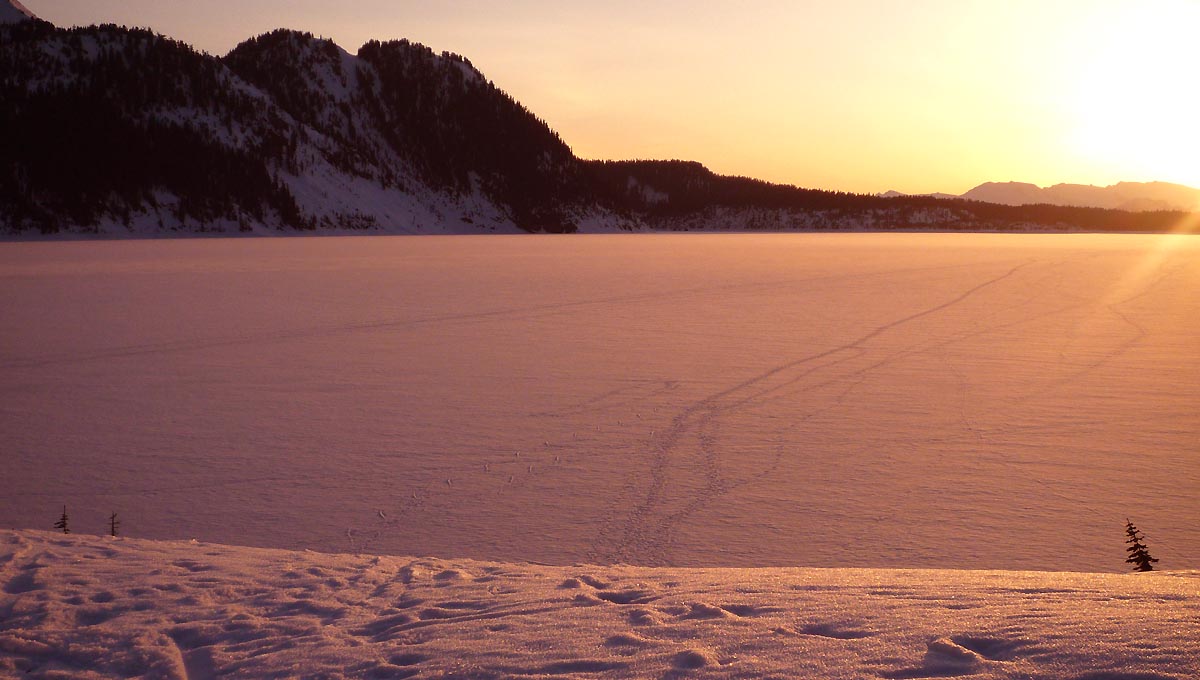 The next day it was forecast to be not quite as nice. The day initially started out well. Maxim and I intended to head to Sphinx but ended up stopping short and meandering over to Deception-Guard Col. We skied out on nice corn, not having to wait as long for the cycle to start as it was warmer. Leaving the hut at about 12:45 we were out and back at the Rubble Creek parking lot at 3:30. Plenty of time to get back and watch the Canucks lose. A beautiful area, I’ll have to come back for powder. 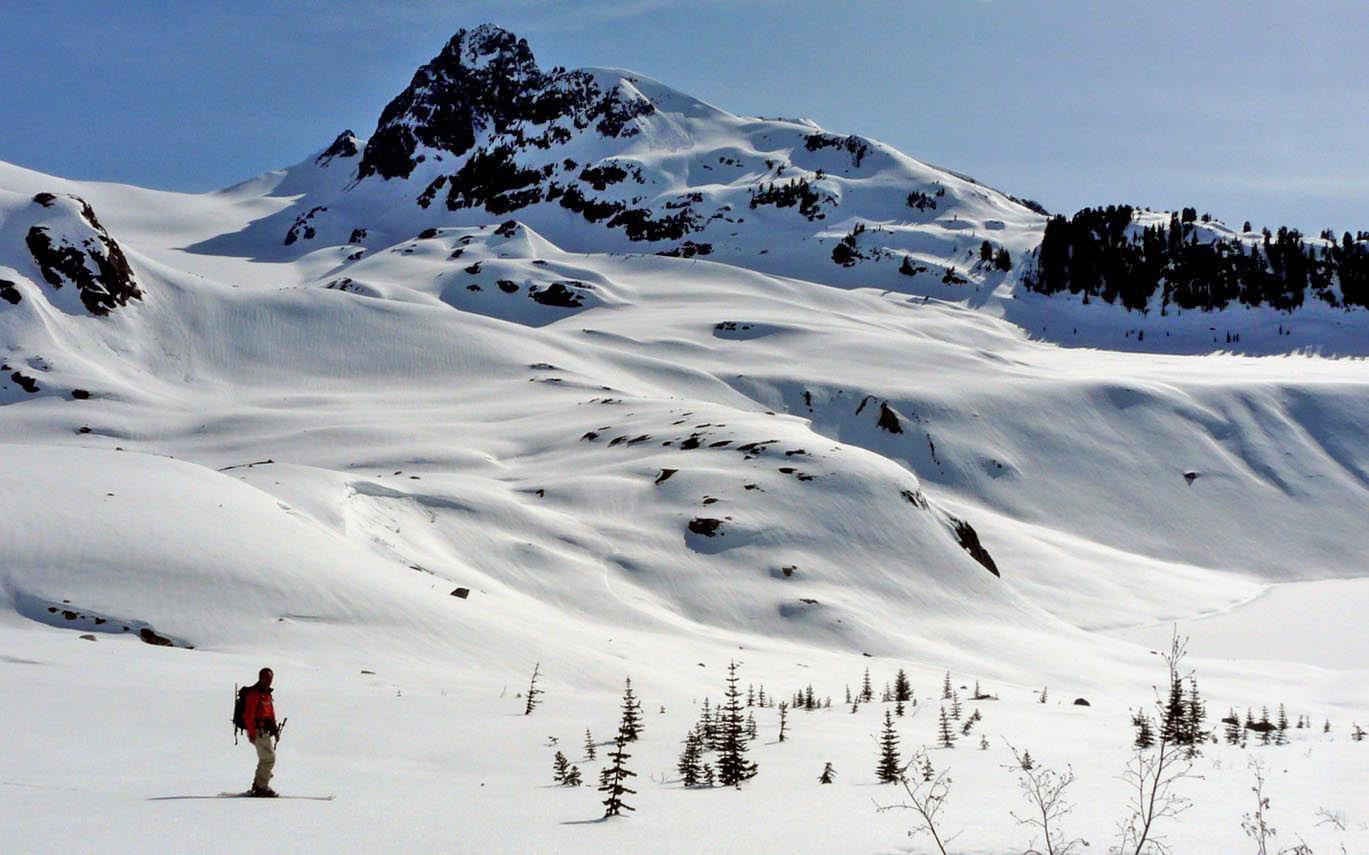 Looking up to Deception-Guard col from the lake. Picture 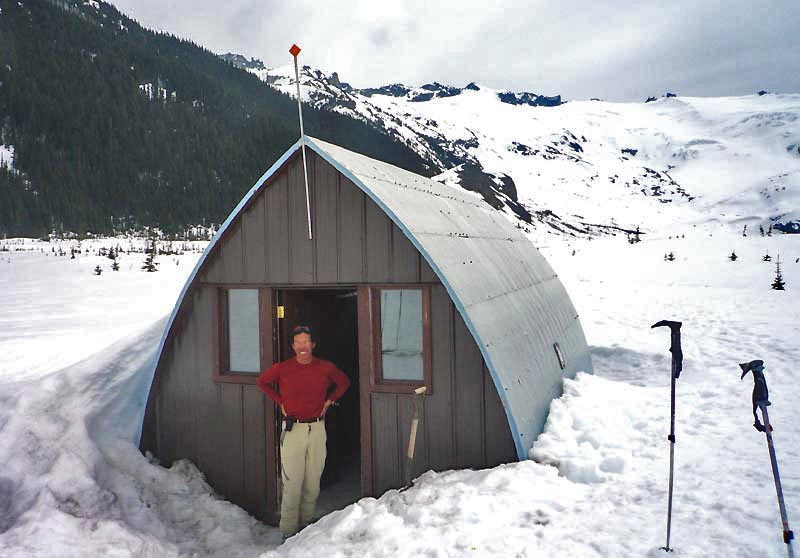 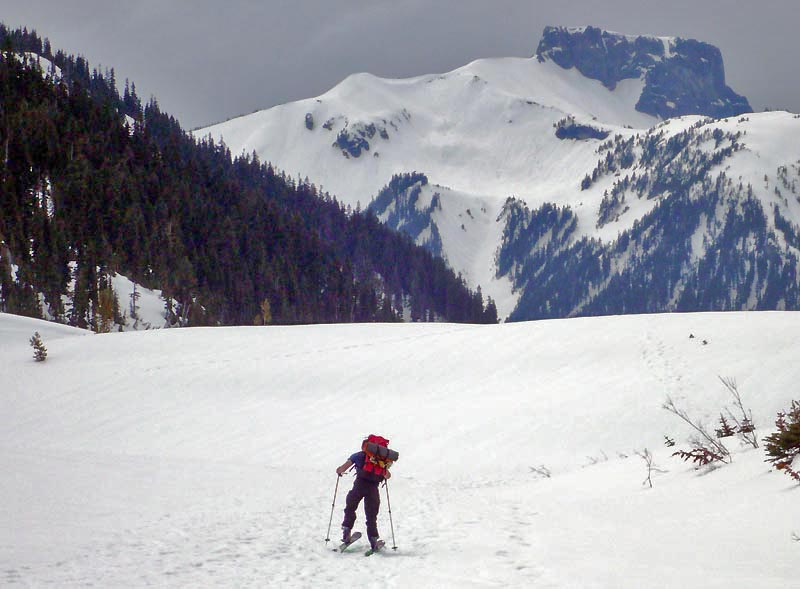 Maxim skates out toward the lake – Table Mtn in the background 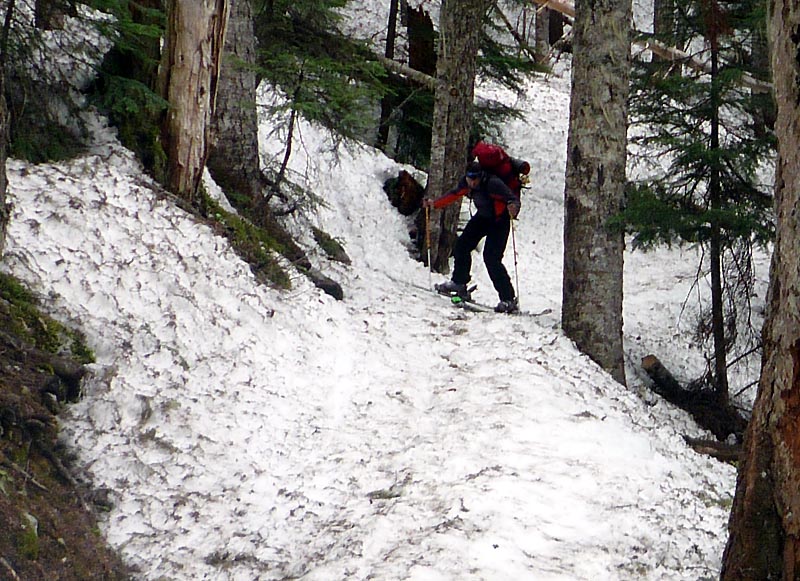 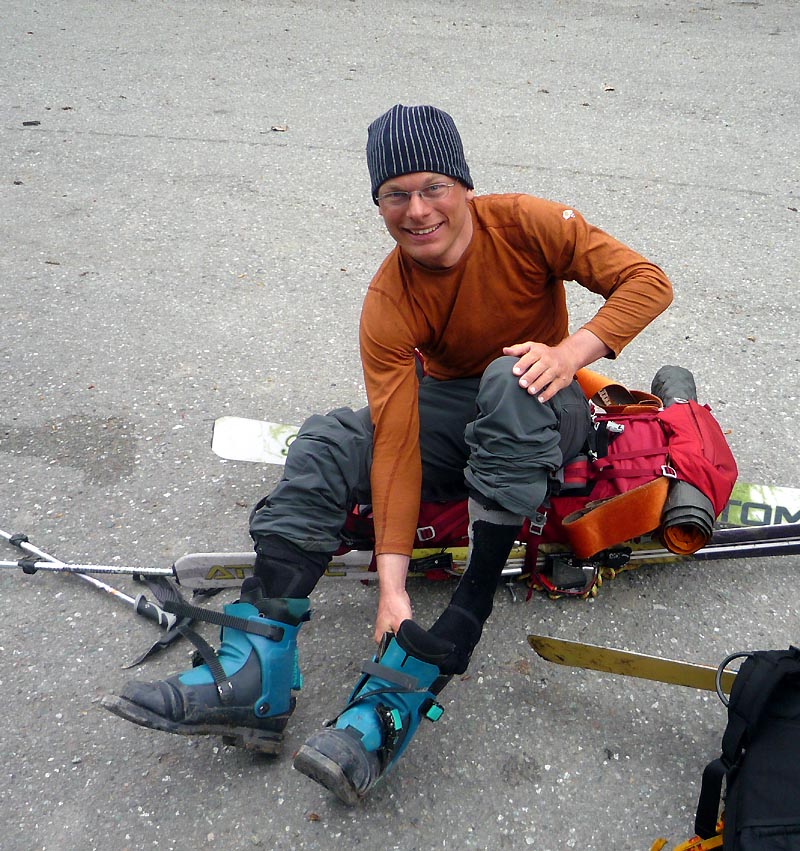 Jason had borrowed boots (long story) and his feet were happy to get out of them when he was done. 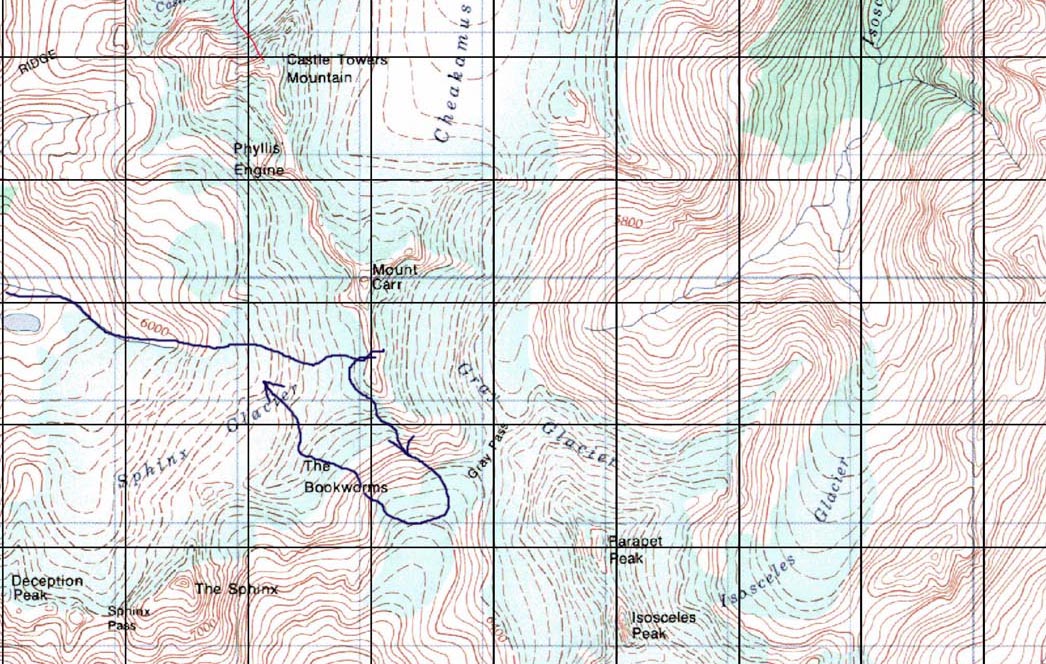 This entry was posted in 2009, ski and tagged Sphinx. Bookmark the permalink.