After some rather mechanical-filled rides in Pemberton and Whistler we’re off to Squamish to round off the long weekend. The boys want more rock-face riding so we nix the idea of Ring Creek downhill runs and are off to 5 Point Hill and the trails around the Mountain of Phlegm.

Oooops, guess I forgot to mention that there are uphills on 5 Point HILL. Luckily there are also downhills. Here I am on one such downhill. 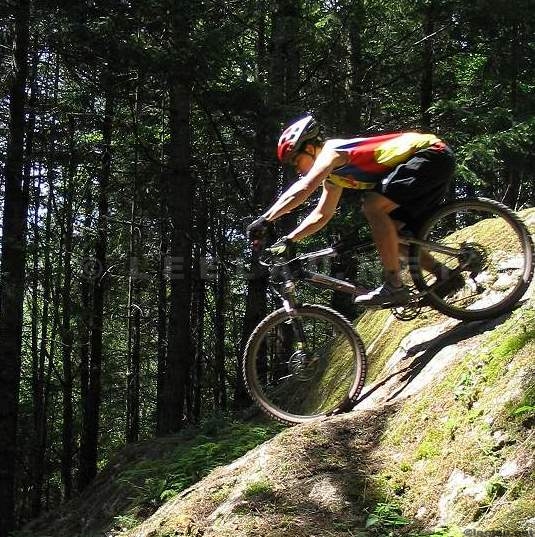 We’re without Tyler after 5 Point Hill as his brakes decide to barf and die. After making it back out of Root 99, we’re off to Endo, up Summers Eve and then up to the Mountain FM towers – hence Mountain of Phlegm. Those wild and crazy Squamish cats – what will they think of next eh?

Here is Pete riding by the microwave towers making sure that every inch of his pasty white skin gets evenly tanned by the dual rays of sun and bad microwave-beamed music. Safety first all the time for young Pete. 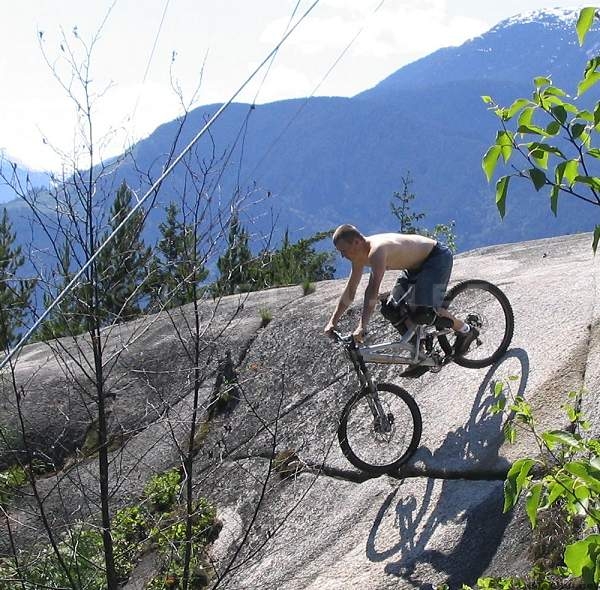 Chris takes a turn but thankfully spares us a shirt-off view. 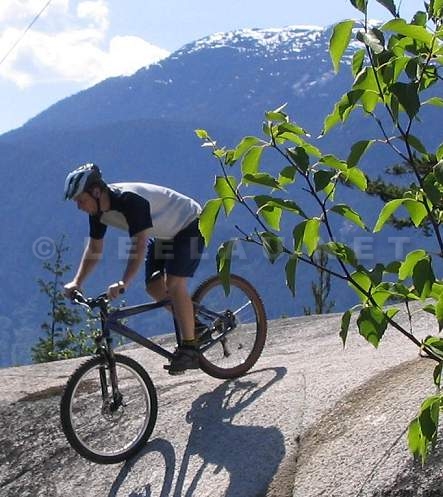 Chris again doing the trackstand thing as the end poster boy for spectacular Squamish views. Brohm Ridge and Mt Garibaldi to your right. 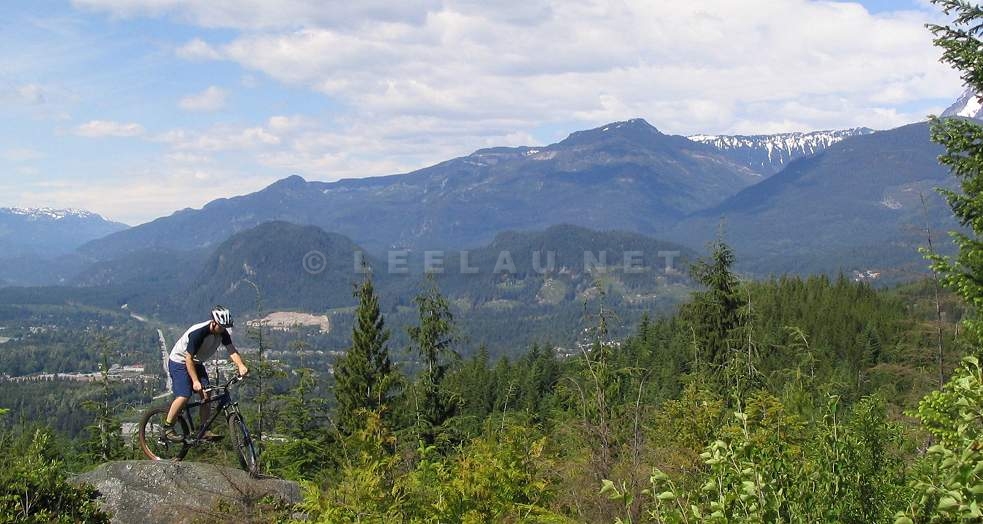 Then its down Dope Slope for Sean. 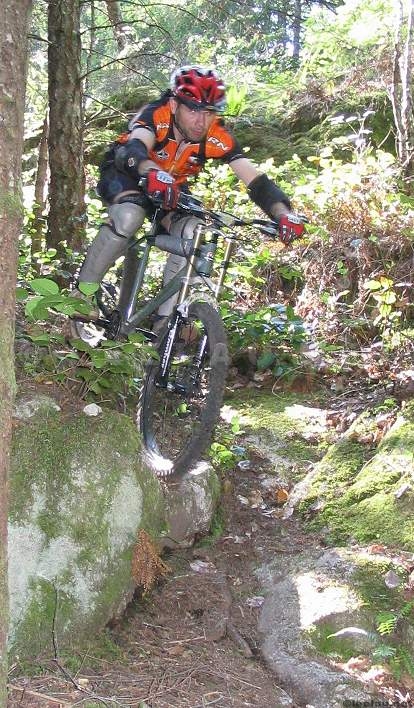 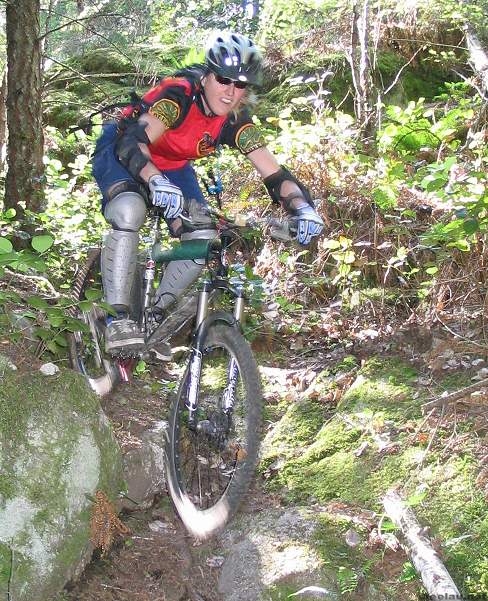 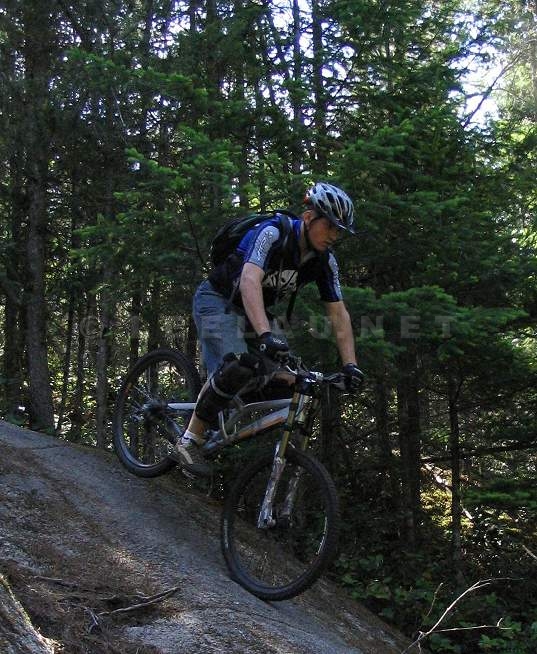 Then its back up for another run. This time its down Labour of Love. Sharon contemplates the entrance rock. None of us took the steep variation on the entrance. 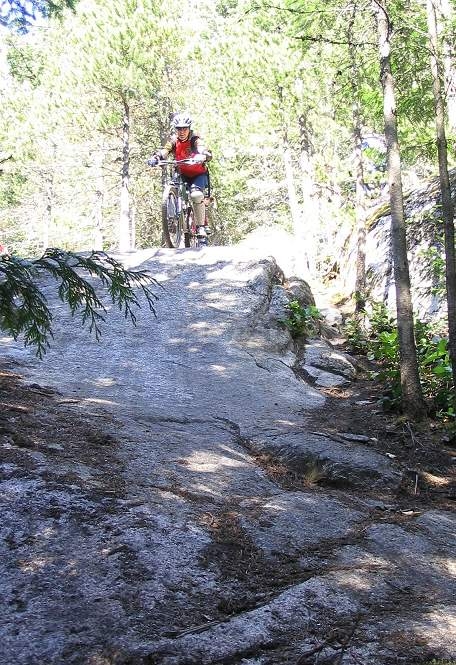 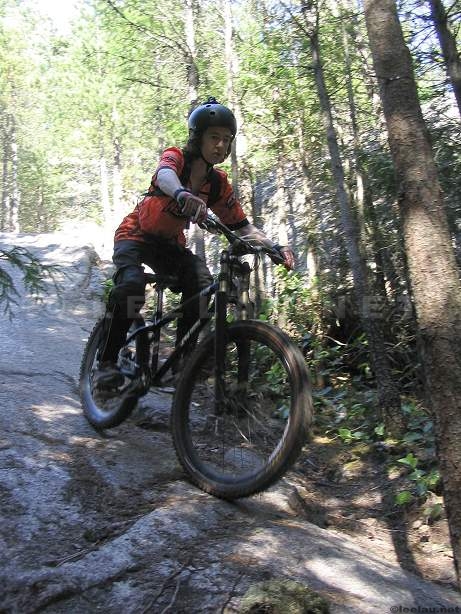 Immediately following the entry rock is a log ride which Pete rides.. 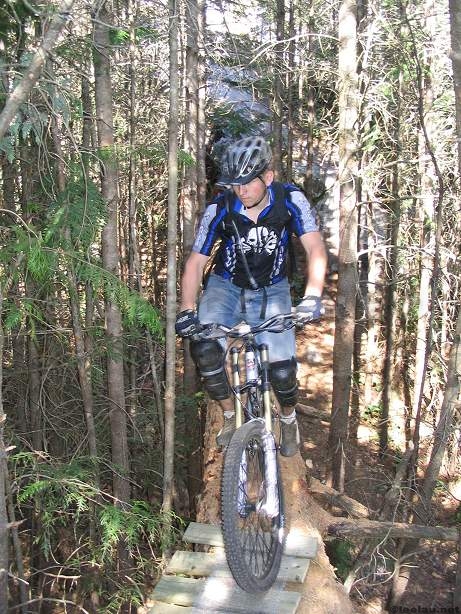 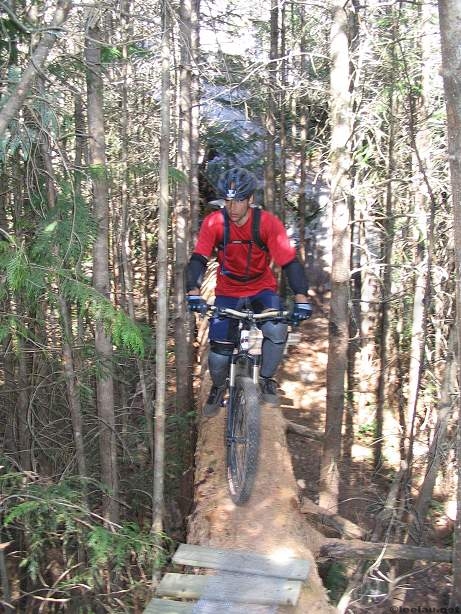 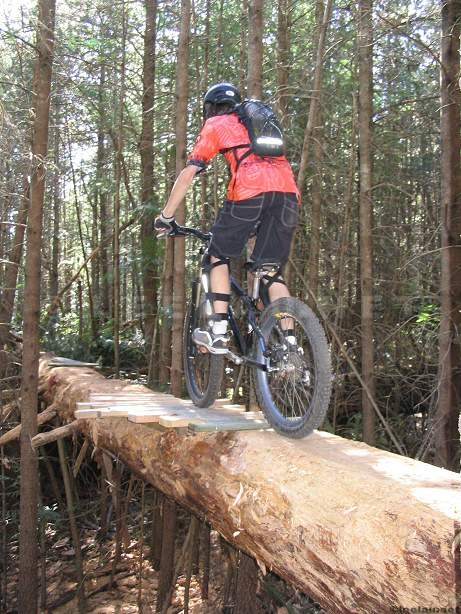 Then we come to this awesome rock face that looks awfully vertical. Given that Nigel is the lightest guy and therefor least subject to gravity, we choose him to test out the slope first. Off you go Nigel 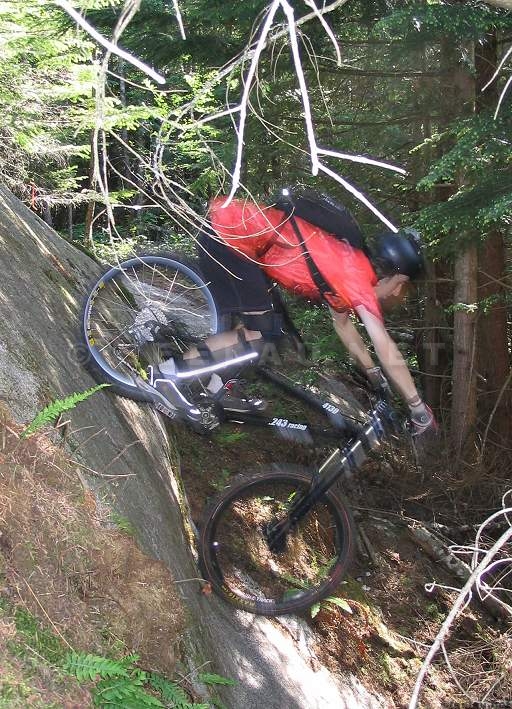 Nigel having survived without major trauma, Pete then takes a turn 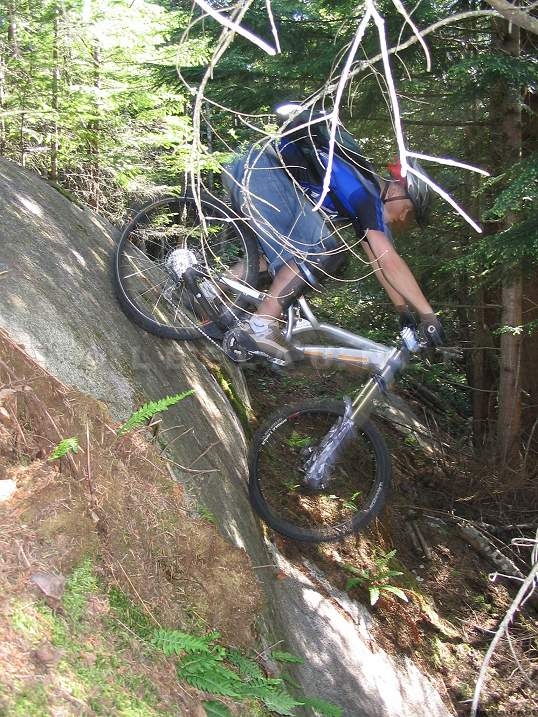 Pete having survived without pulling off a nose-wheelie, its Trevors’ turn. 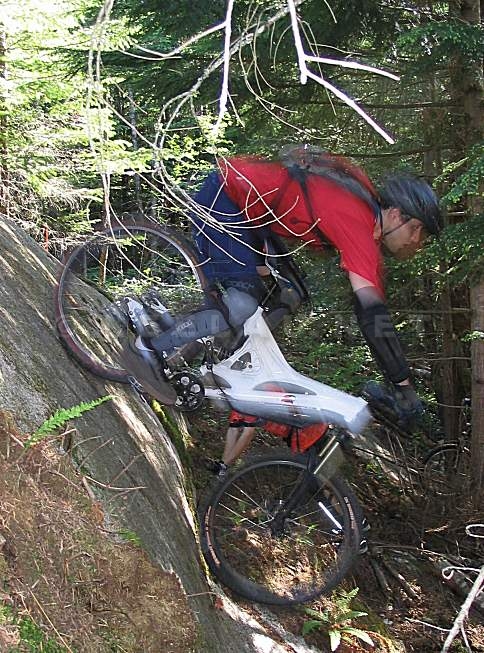 Then I take a turn. 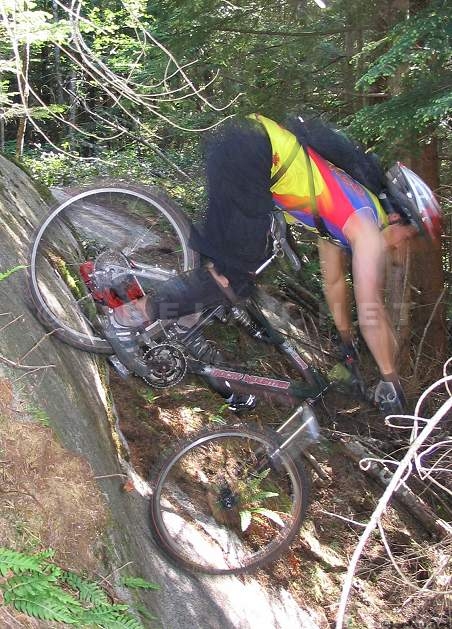 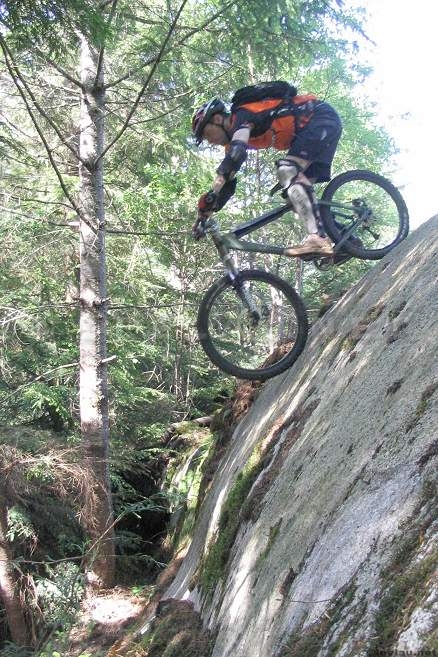 We finish off at the gravel yard down close to the Climber’s parking lot. Much to my dismay everyone is cooked and cannot be talked into Banzai Pipeline. We shall leave that to  another day – perhaps a time when the entire riding party does not look like death warmed over. They are a tired but satisfied bunch.

This entry was posted in 2004, bike and tagged mt of phlegm, squamish. Bookmark the permalink.