The road to Stewart offers incredible views of peaks, ice falls and glaciers. One of the most prominent glaciers is the Bear Glacier in the Bear Glacier Provincial Park. Prior to 1940 the Bear Glacier met the road, since that time it has receded to create Strohn Lake which was dammed by the glacier until 1967 when it receded enough to no longer impede the lake.

We park by the road with the Bear Glacier before us and Cambria Peak – our destination – in the background. 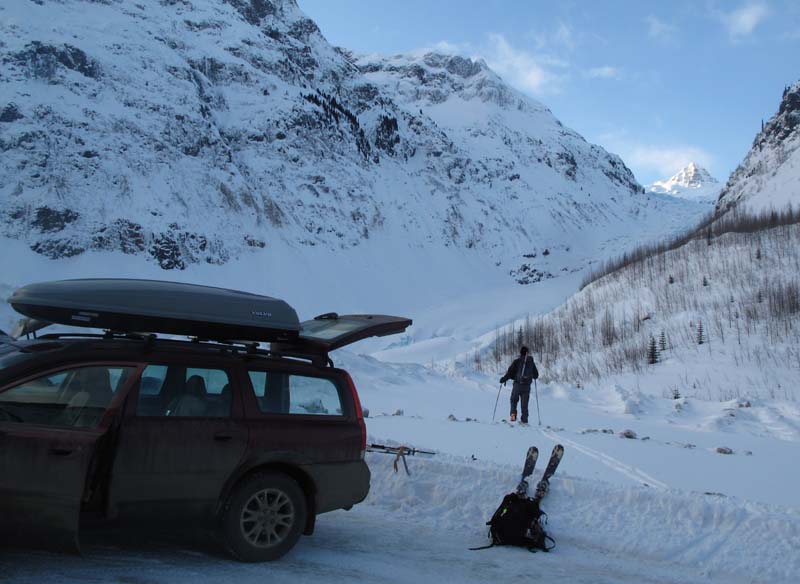 Heading to the lake in the brisk cool morning.

Lydia is leading the charge at the toe of the glacier. 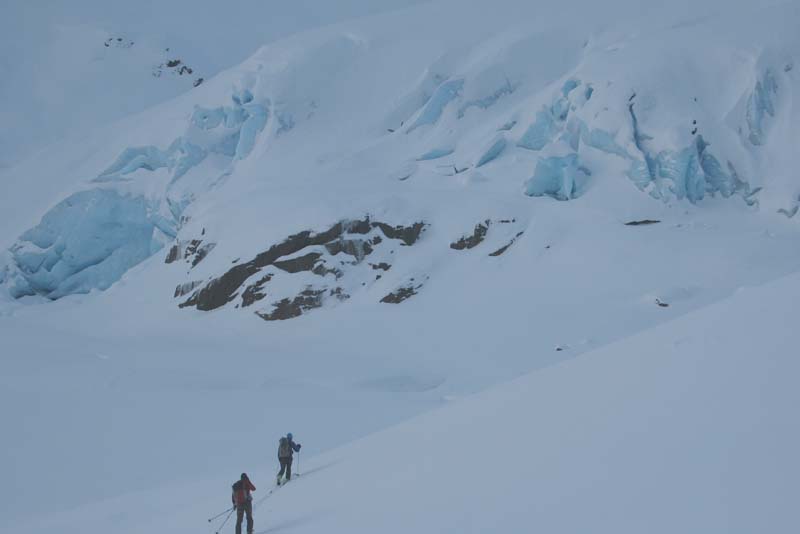 A full view of the glacial ice. 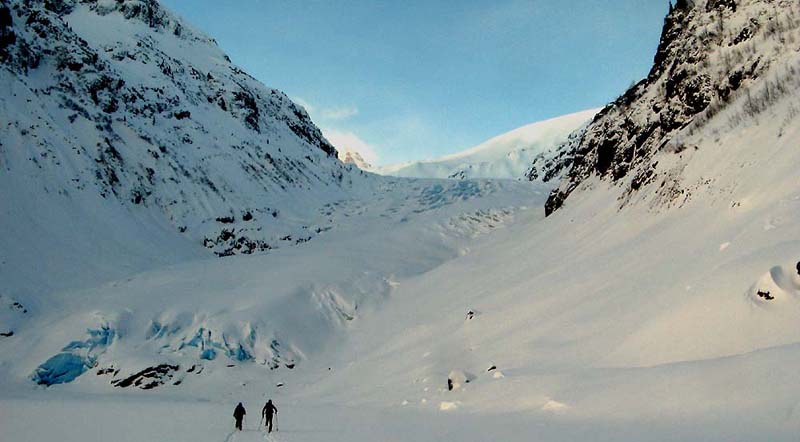 which way do we go! 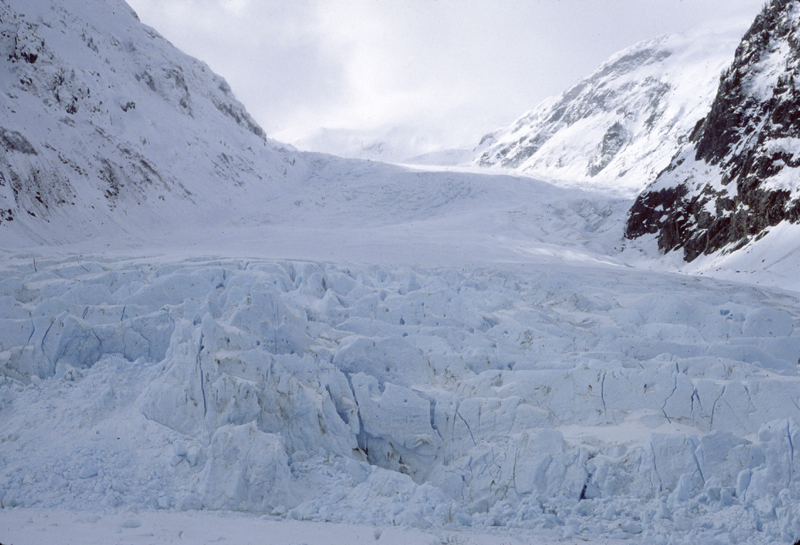 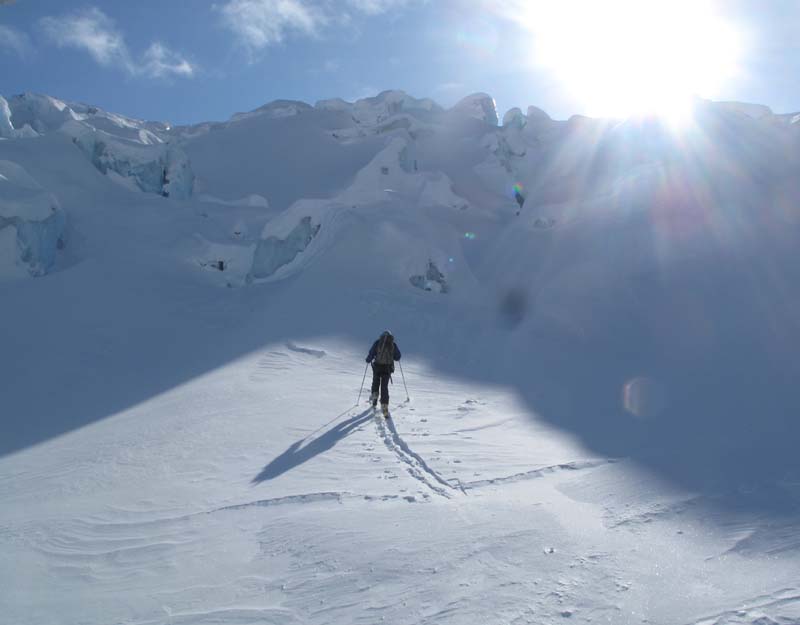 Heading up the ice.

The next ice fall looks intimidating. But since 12 sleds had already been by we should be ok! 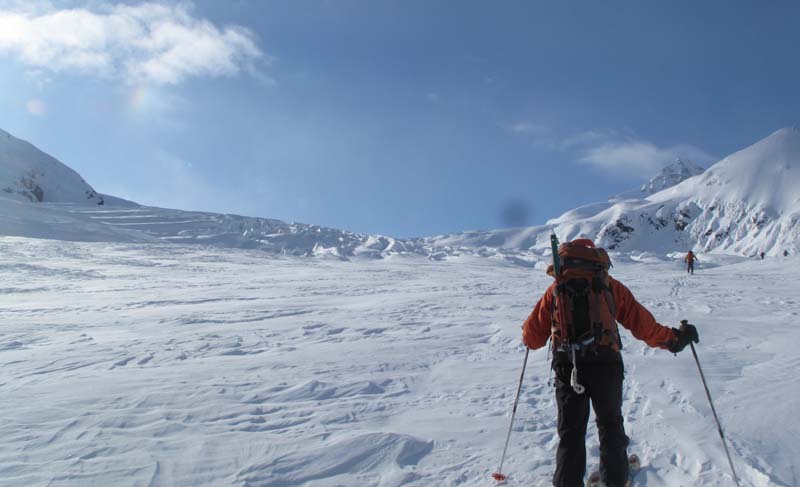 John and Lee heading up.

Getting closer to the crux! 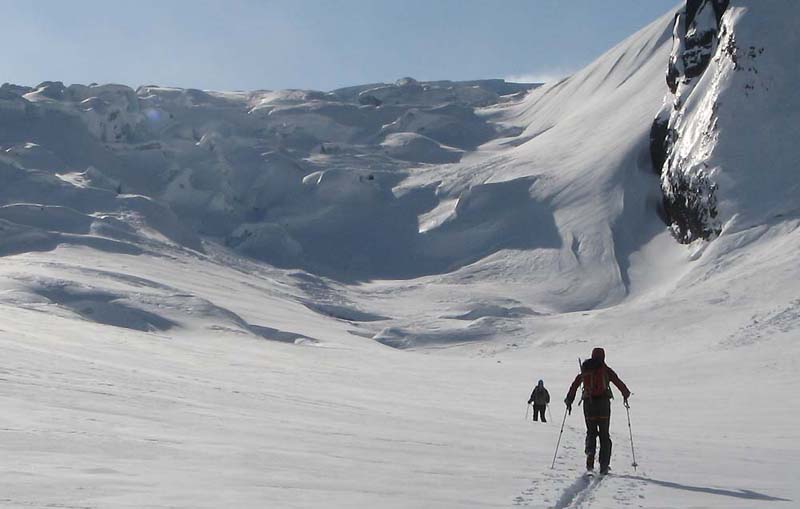 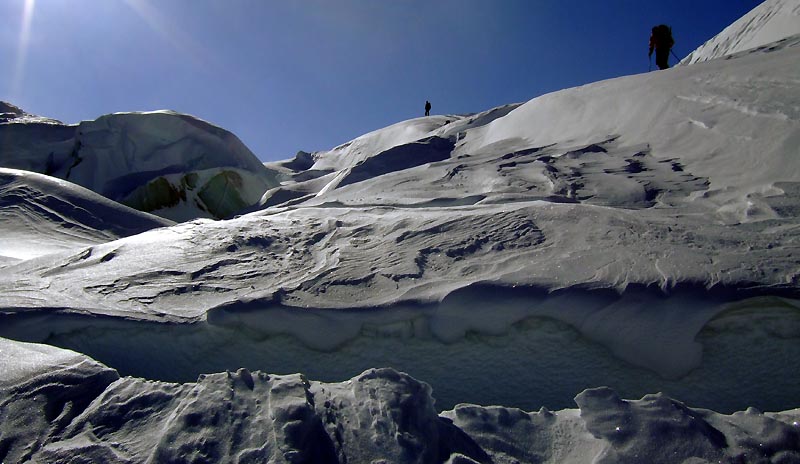 Justin on his first trip to a Glacier is looking pretty confident! 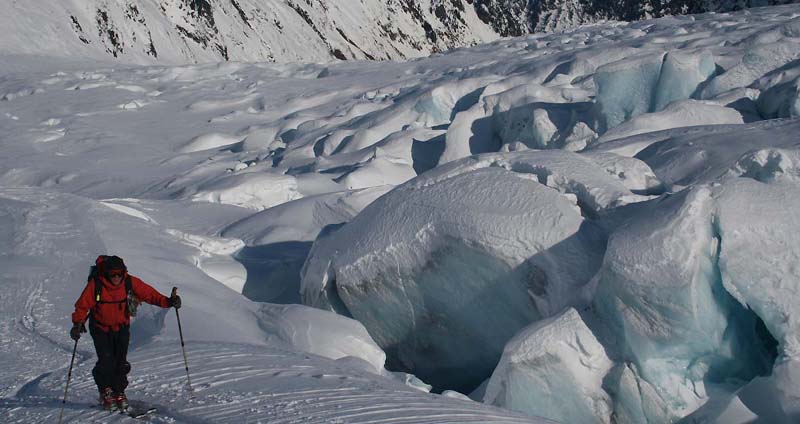 who knows what danger lurks! Sometimes its best not to know – photo by Jos van der Burg 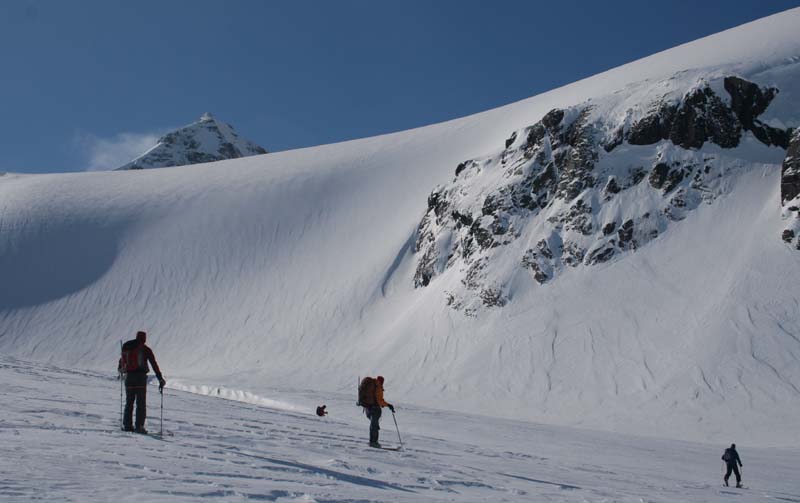 Looking back down to the Highway below. 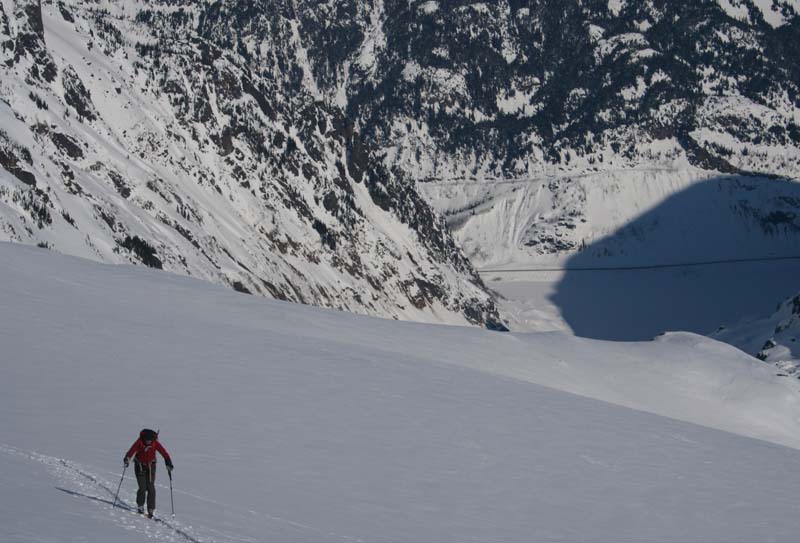 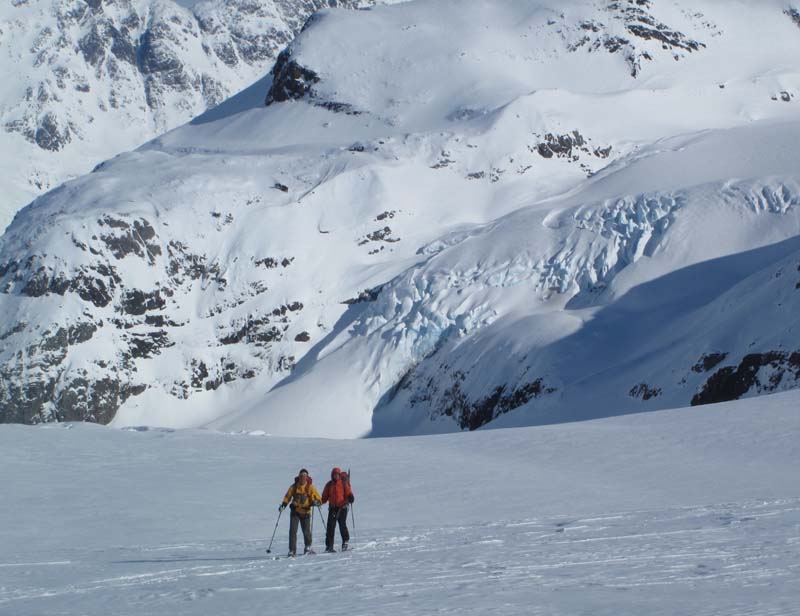 We decide to head to Cambria, the North face taunts Lee. Apparently it has been skied by some Italian cheaters who were dropped off on the South Side by helis. 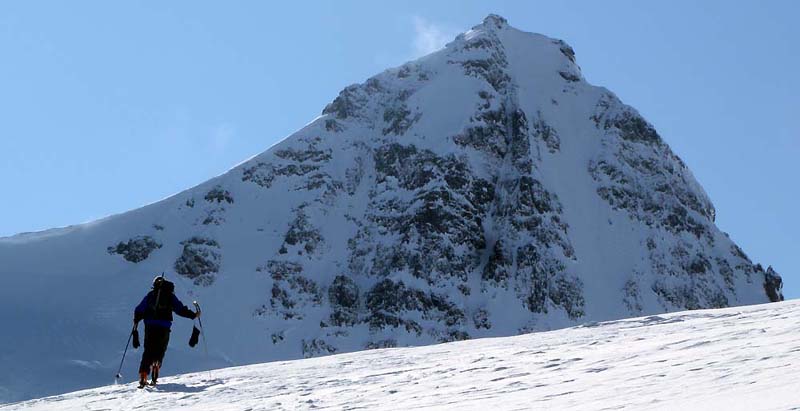 We head around the vast snowfields to the south side of Cambria. 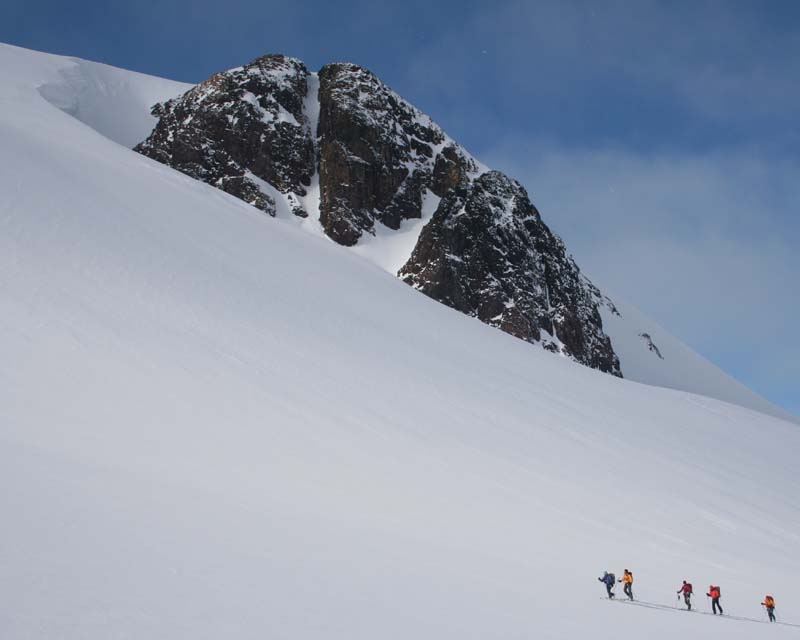 Heading up the south side. 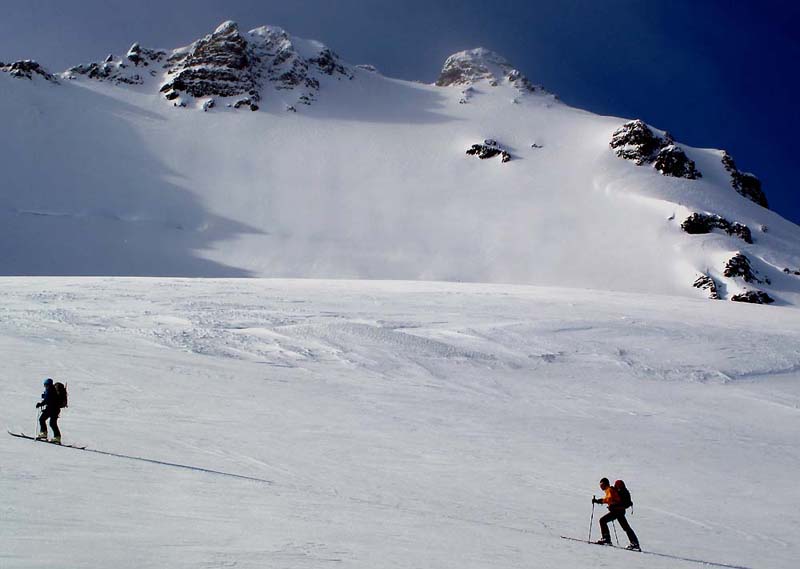 Now at the top only facets deterred Lydia from boot packing to the peak! 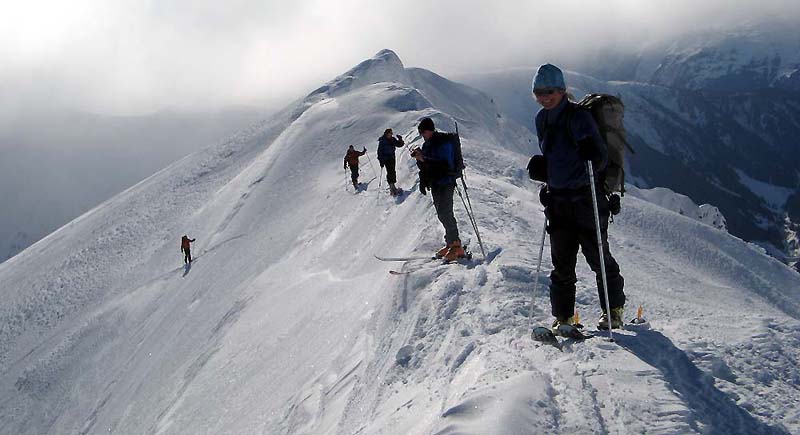 Amazing views from the summit!

What goes up must now go down! 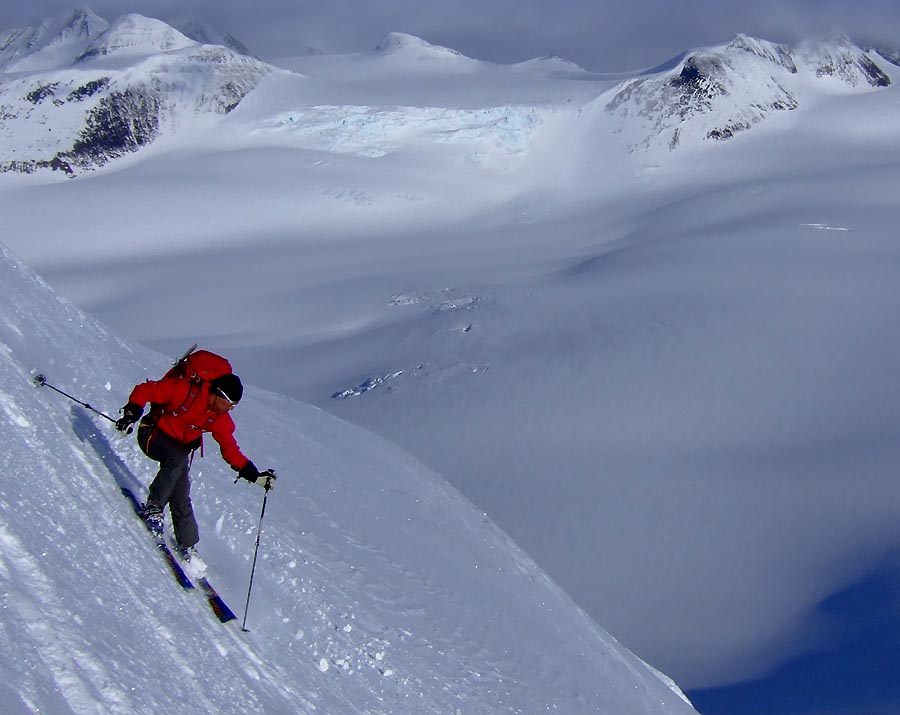 Now we go down. 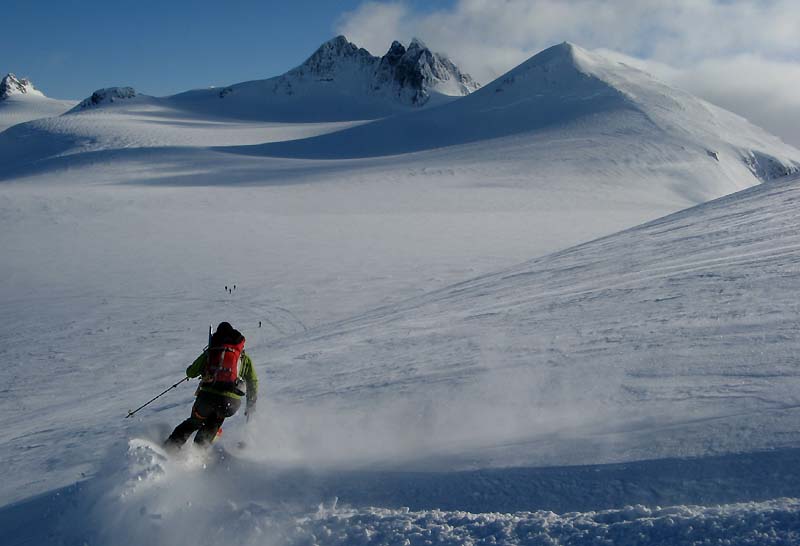 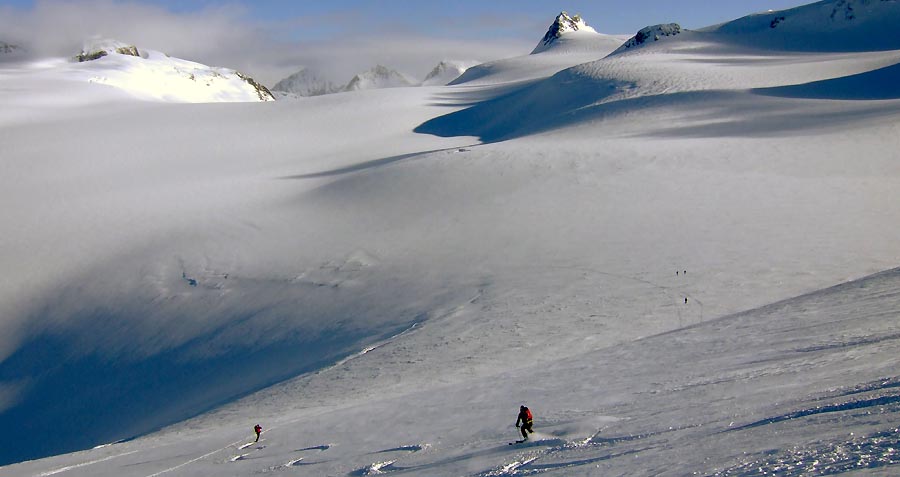 Sharon rippin’ it down in some pretty nice snow! Lower photo by John Baldwin 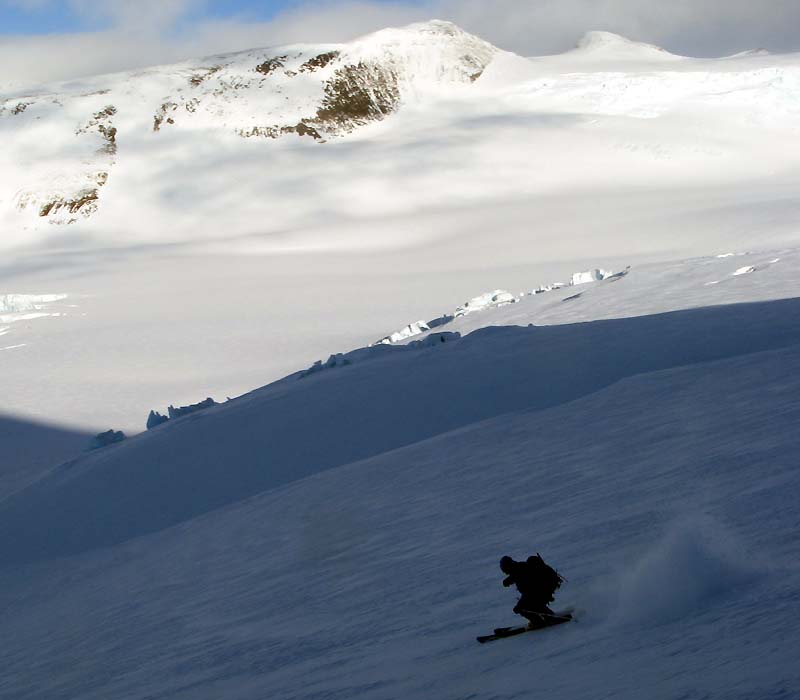 Lydia heading down to Strohn Lake and slot city

Heading to Cambria from the Cambria – Disraeli col. The East Cambria Icefield, Mt Strohn, Couloir Mtn and Entrance Peaks are to picture left 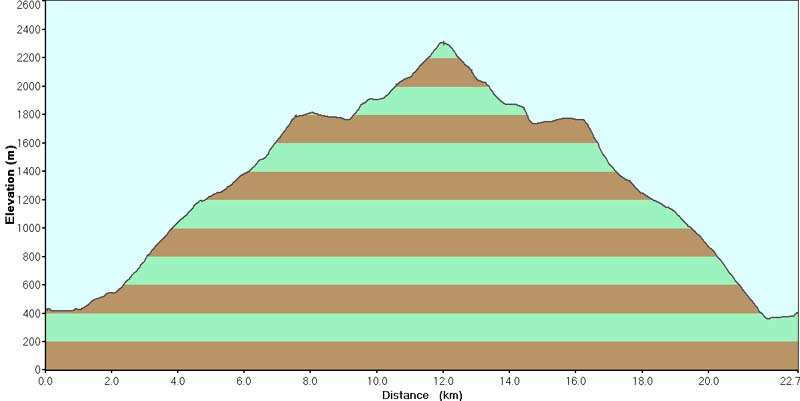 This entry was posted in 2009, ski and tagged Bear Glacier, central bc, Steward. Bookmark the permalink.

One Response to Central BC Stewart – Bear Glacier March 8 2009