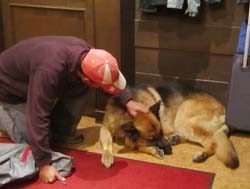 We left Celerina on a rainy day, with the forcast for rain continuing for a couple of days. There was a threat of snow but only at higher elevations.

We hop on the train from Celerina to Pontresina. 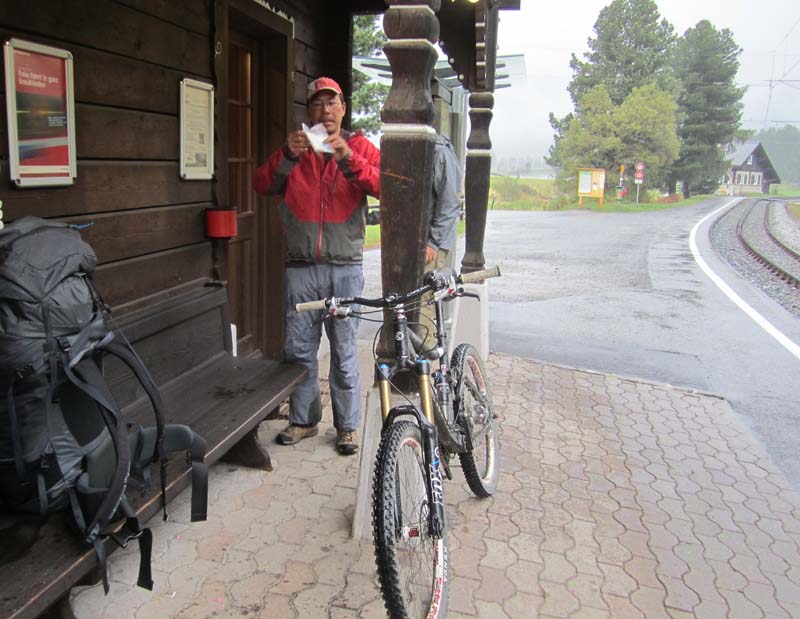 It was a short train ride 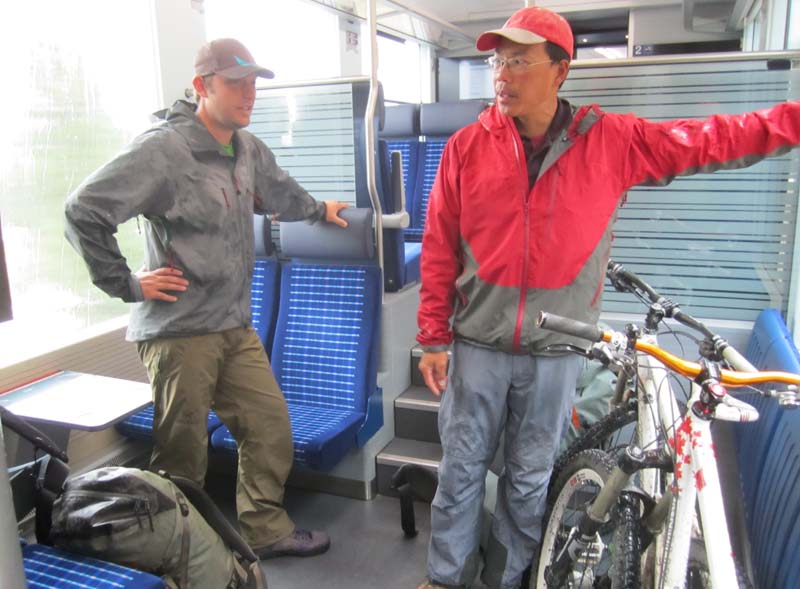 Then the bus from Pontresina to Livigno. We drove over Bernina Pass, which is much faster on the road then rail. The drive was incredible. The streets were very narrow and the bus had to make a few vehicles wait around some of the tighter corners. We made a reservation for this bus, which is recommended especially during the summer. But I don’t think it would have been an issue today. 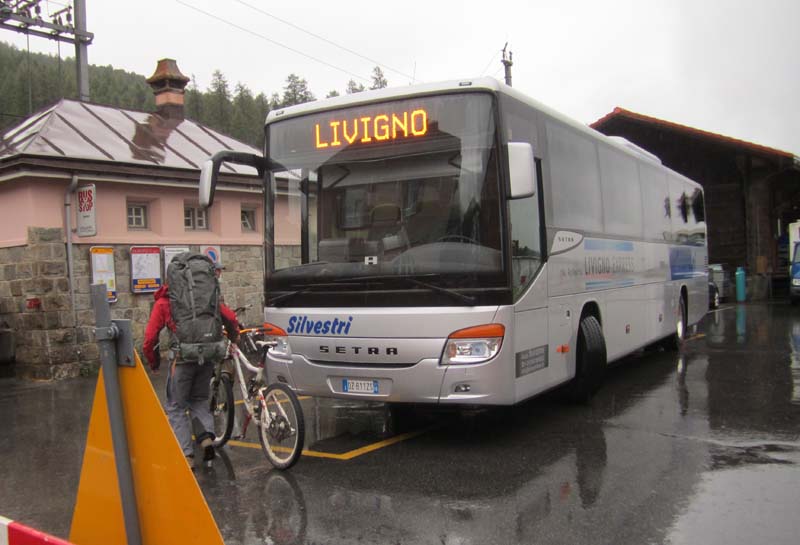 The bus dropped us off at Hotel Paradiso. We were to stay there for 5 nights to ride Mottolino park and check out some Italian Alpine riding. 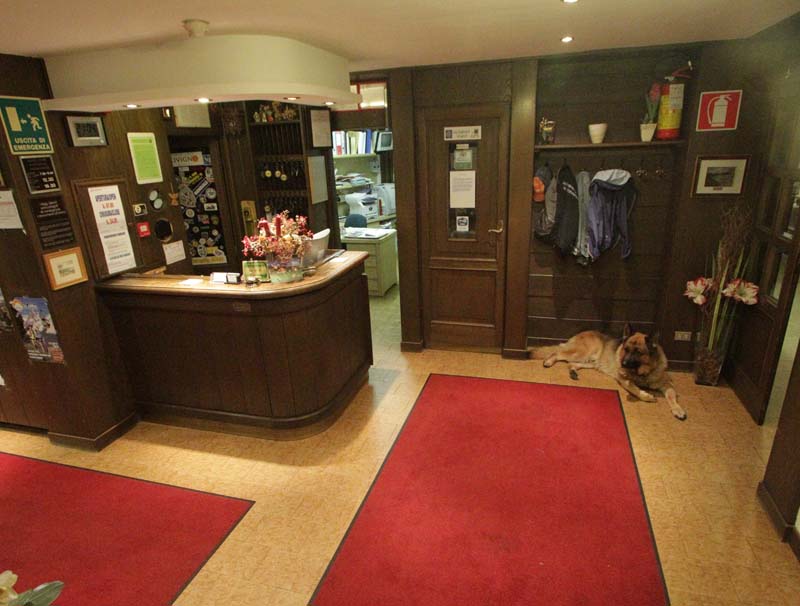 Our rooms were awesome! I was really looking foward to hanging out on the patio. 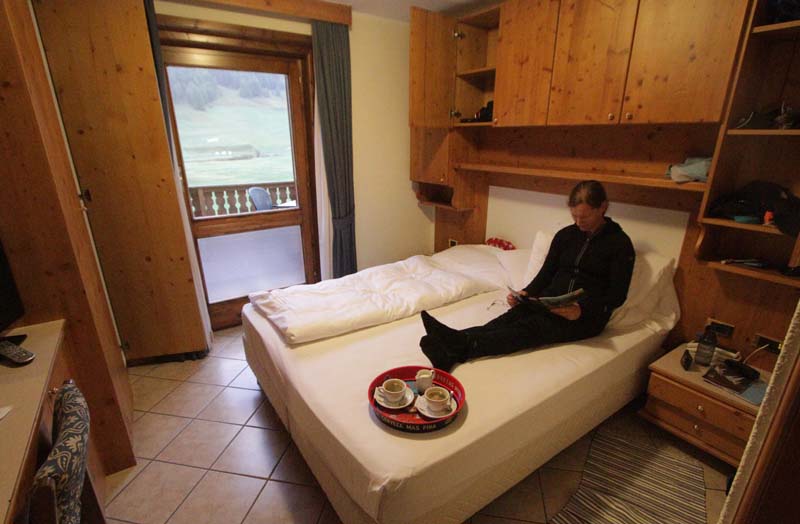 We met with Mauro and Fabrizio from Mountain Bike Livigno since we were going to arrange a guide for the Bornio 3000 which required a shuttle.

But then it snowed. 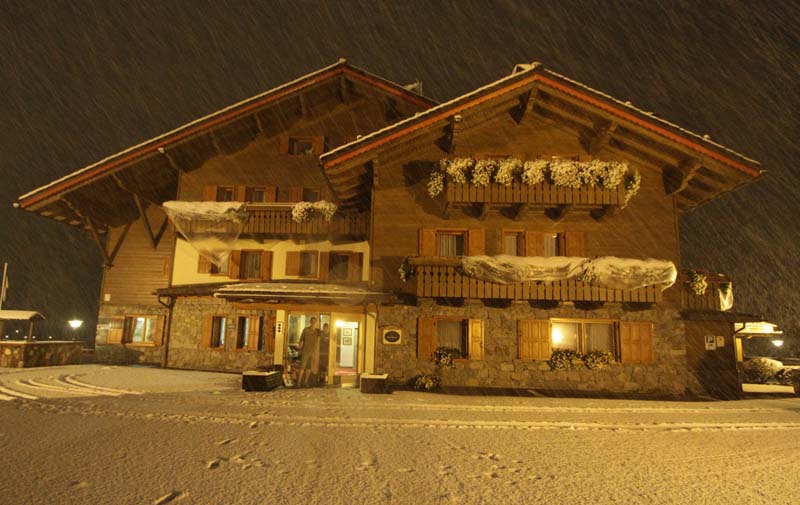 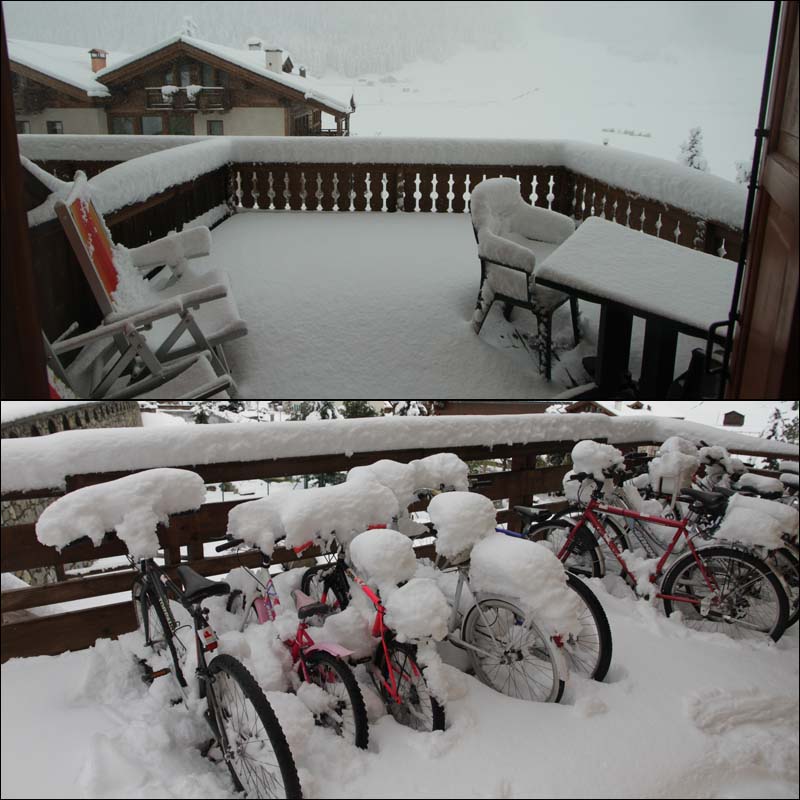 So we went downtown to check out Livigno. First we had lunch at the Brewery 1816, or Birrificio Livigno. They have been making their own beer here for many years and it is well worth the visit. 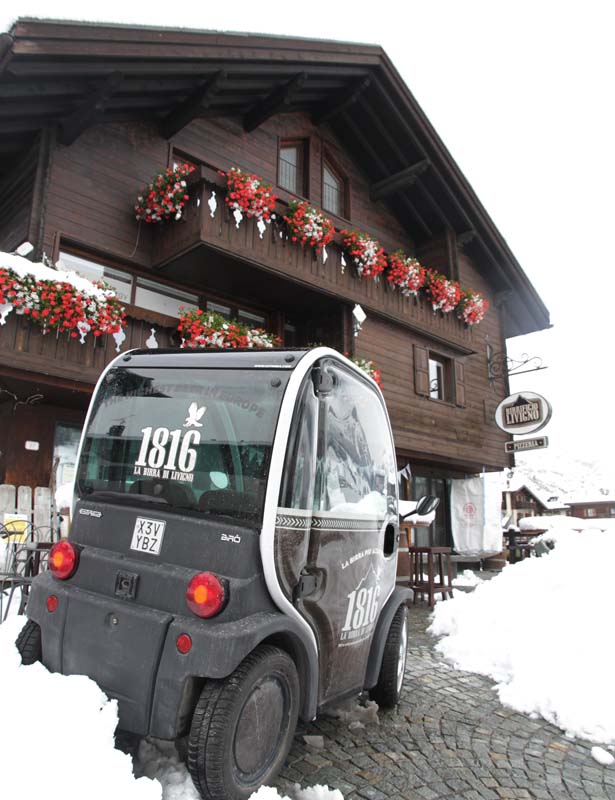 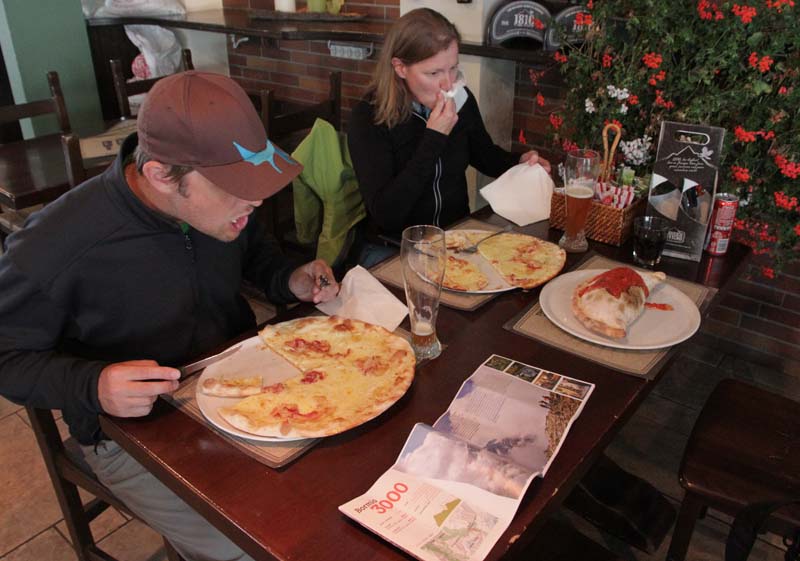 The Brewery downstairs and the Brewmaster. 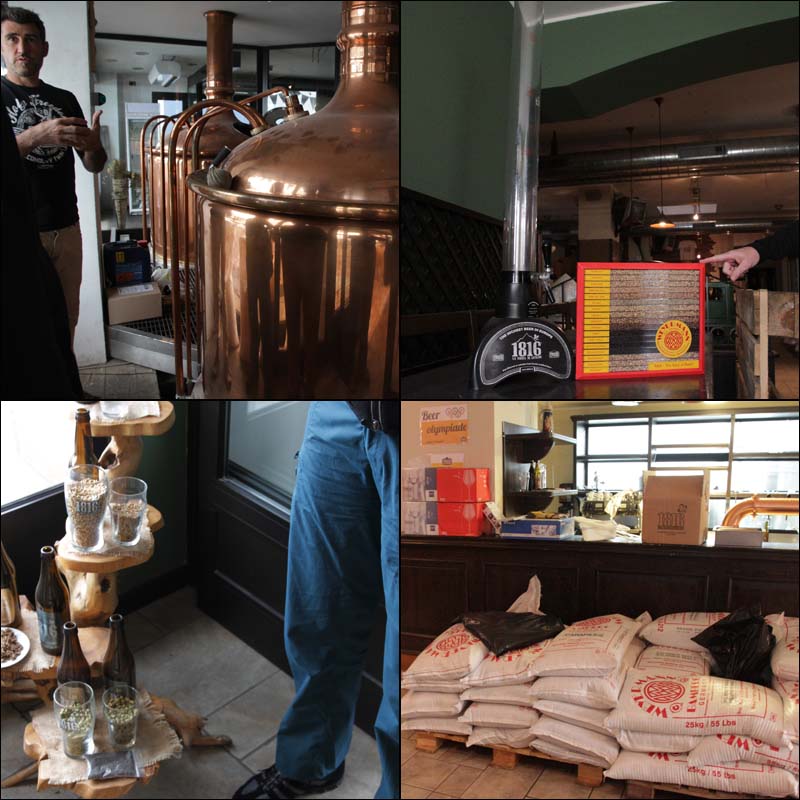 This was kinda cool. A dedicated bike wash machine. 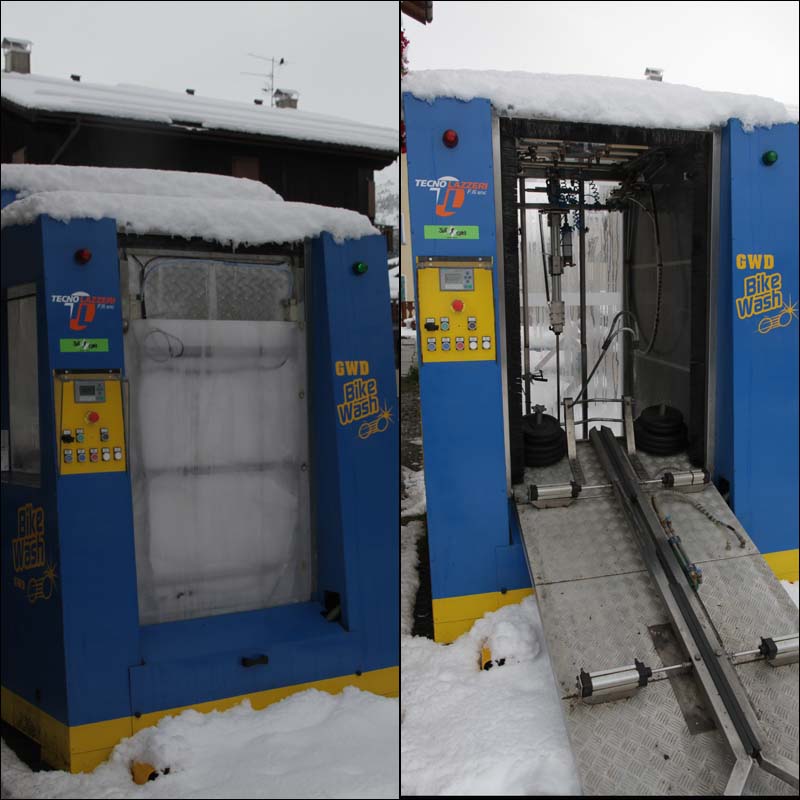 In town they had a cool wooden bicycle and lots of stuff to do on a snowy
or rainy cold day. 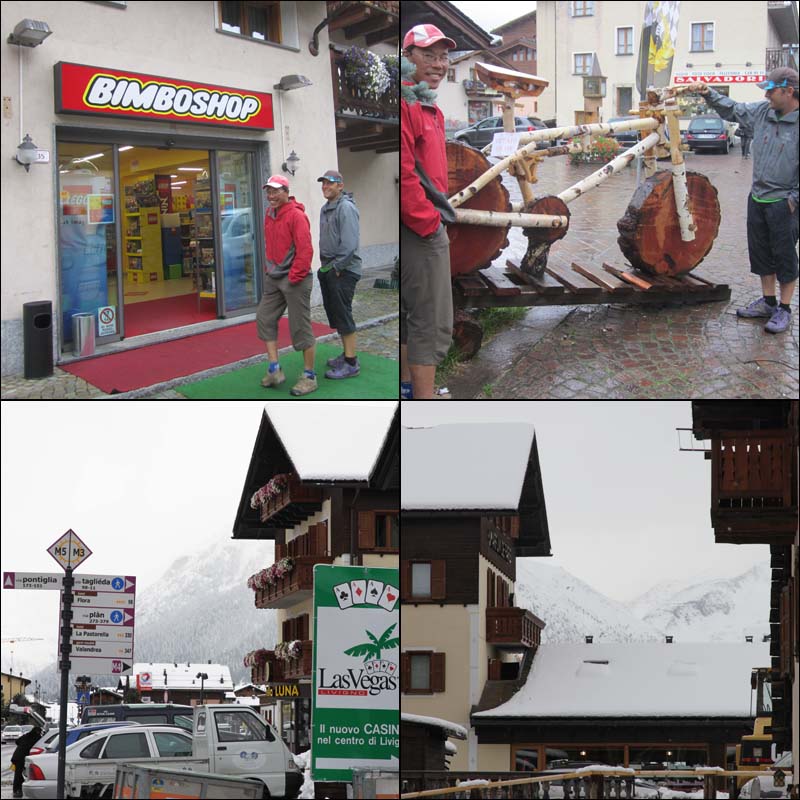 At the Hotel Paradiso they offer half board. Which means that dinner and breakfast is included with your room. The dinners consisted of four dishes that were sooo good. They even had a vegetable buffet. We were craving vegetables after being in Switzerland where they don’t seem to offer them much in their dishes. 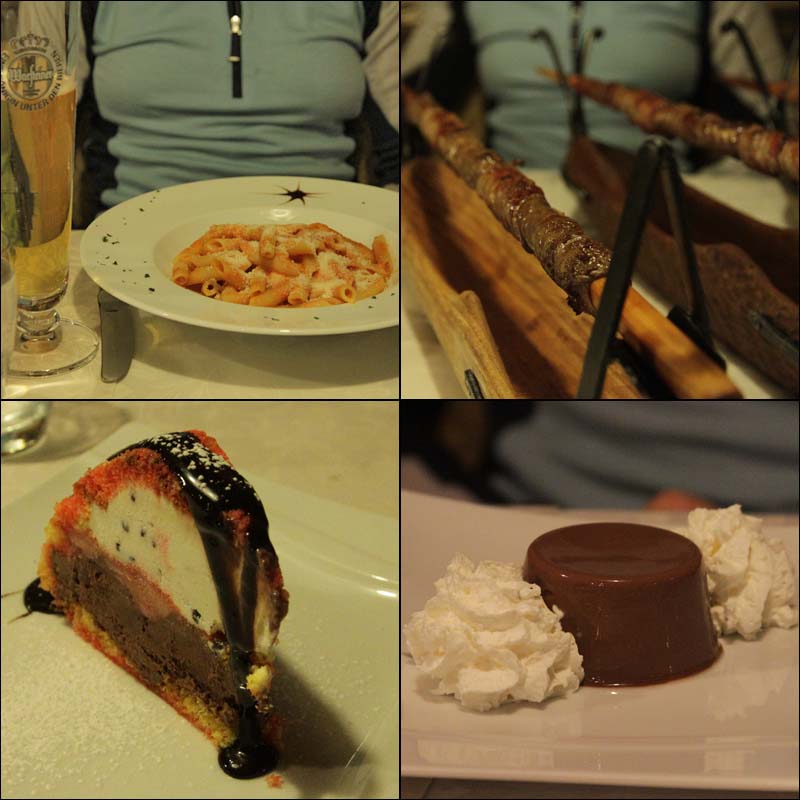 The next day we arranged to go to Zermatt where is didn’t snow. We rolled down to the bus stop to catch the first of our 5 transfers to get to Zermatt. It was relatively easy. The Swiss system ( of which Livigno is a part ) is really efficient. 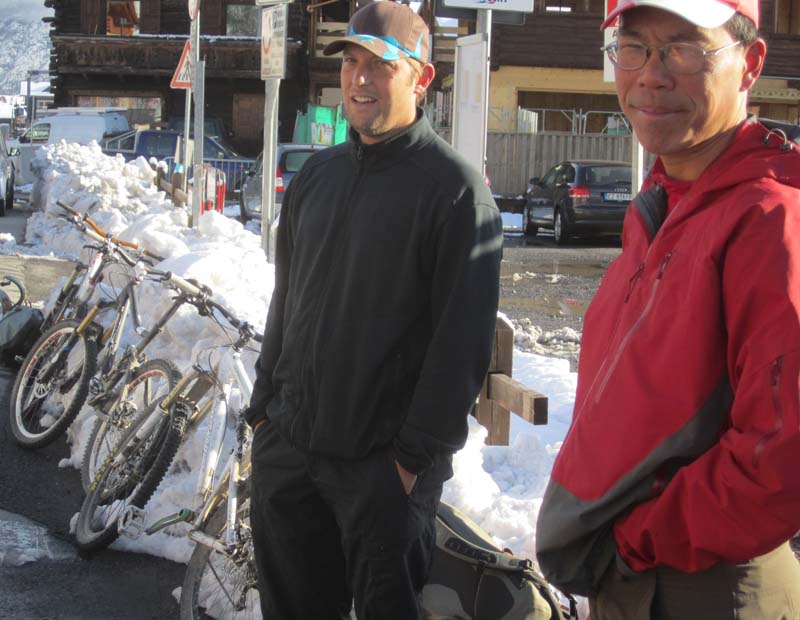 Bye Bye Livigno! This would have been great if it was December! 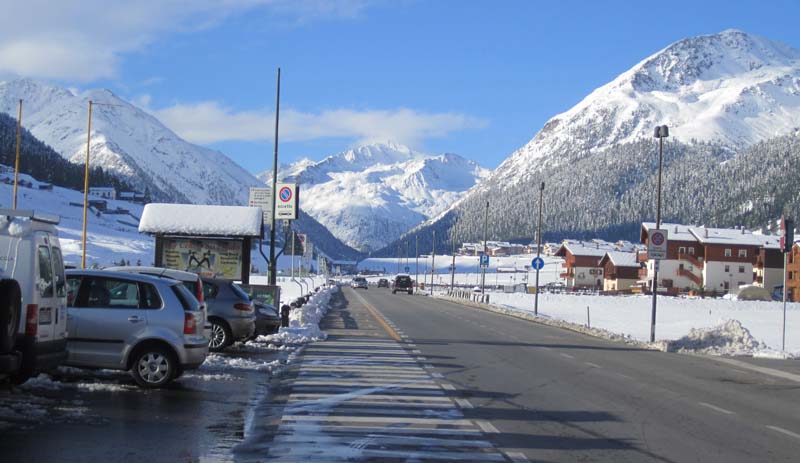 This entry was posted in 2011, bike and tagged livigno, switzerland, switzerland2011. Bookmark the permalink.