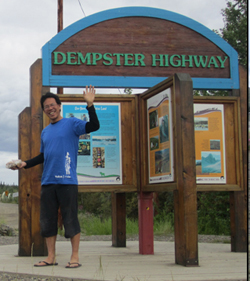 The Tombstones is a territorial park North of Dawson City in the Yukon. This 2,200 Hectare park was established in June 25, 2009 once the management agreement between the Tr’ondëk Hwëch’in and Yukon governments was established. This park is remote. You even pass a sign saying “Now leaving 911 calling area”. The trail into Grizzly lake is established but rough. Trails beyond Grizzly Lake are best described as routes. While the area has seen an increase in visitors, mostly due to the Tombstone Interpretive Center very few people manage to make the trek to this remote wilderness area.

Since we are not real avid hikers, I was concerned about my footwear. I didn’t want to wear my heavy hiking boots, having heard that some people use running shoes in this terrain, but I wanted more support then that. So I went to Kintec and bought a pair of North Face light hikers with a good insole. Thank god I did! My feet didn’t hurt at all, I suffered from no blisters and my shoes would dry over night! They offered me enough support over the rough terrain but I do have pretty strong ankles from years of playing soccer and currently practice Aikido. If you are confident with your agility, have strong ankles then light hikers will be fine, otherwise heavier hiking boots are a good idea. I don’t think I would like to use running shoes since the soles are quite soft and you do have to jump from rock to rock on parts of the trail, the rocks are not always flat.

We pick Bryce up in Whitehorse and start the 500km drive to Dawson City. 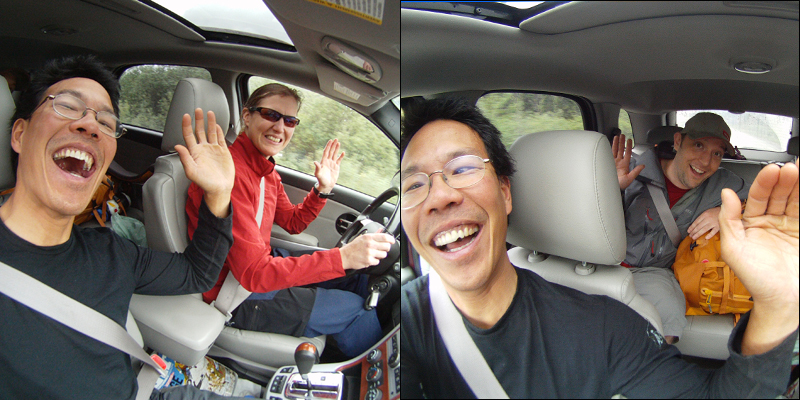 We make the obligatory stop at the Braeburn Lodge to buy a couple of cinnamon buns that will fuel us for the next two days. 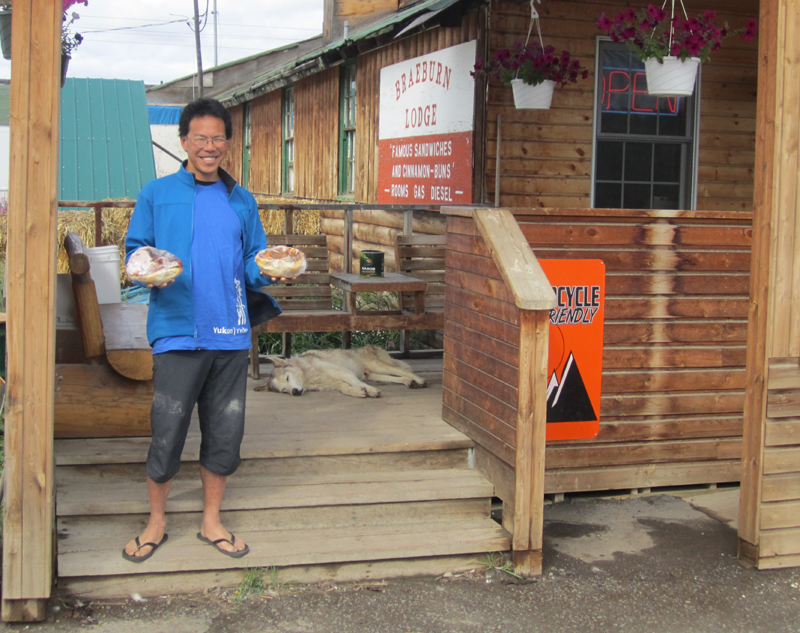 We have dinner in Dawson and quickly leave as the masses enter for the Dawson Music Fesival. We head to the Dempster Hwy. Built as the Road to Resources between Dawson and Inuvik. This 736km Hwy was started in 1958, then after some delays was completed in 1979. 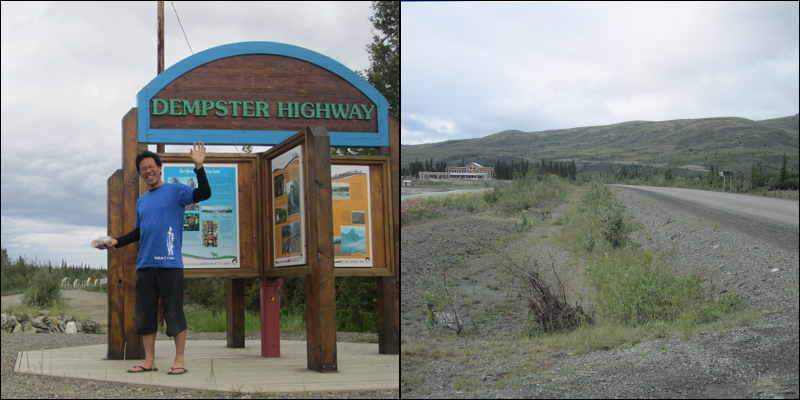 The trail head. We start our hike after visiting the Interpretive center to pick up our permits and bear proof canisters.

We used the map out of Walter Lanzs’ Along the Dempster for routes, as well as the new Topo map, both available at the Interpretive Center. 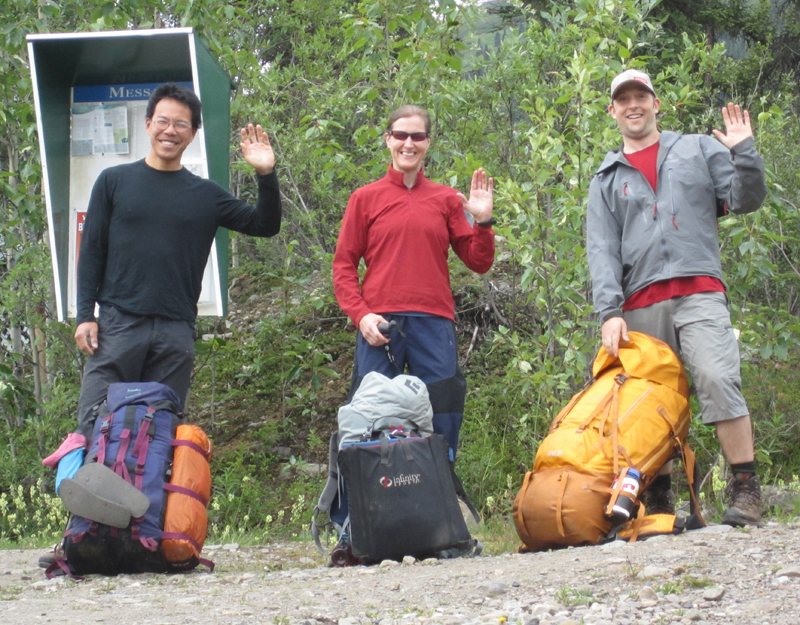 The trail used to be more bushy. I pity the early pioneers of this area… 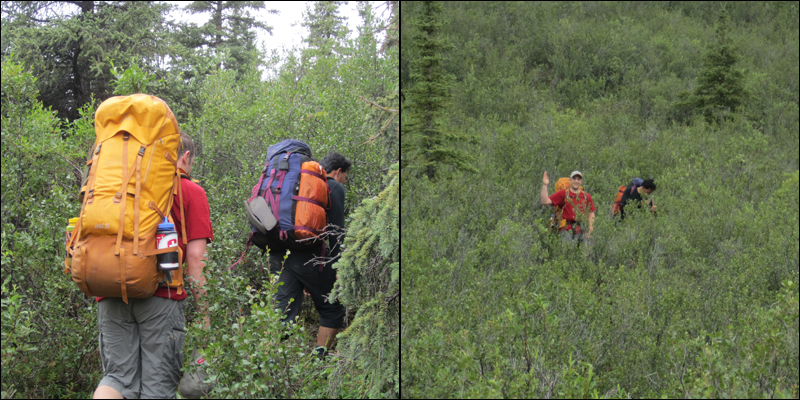 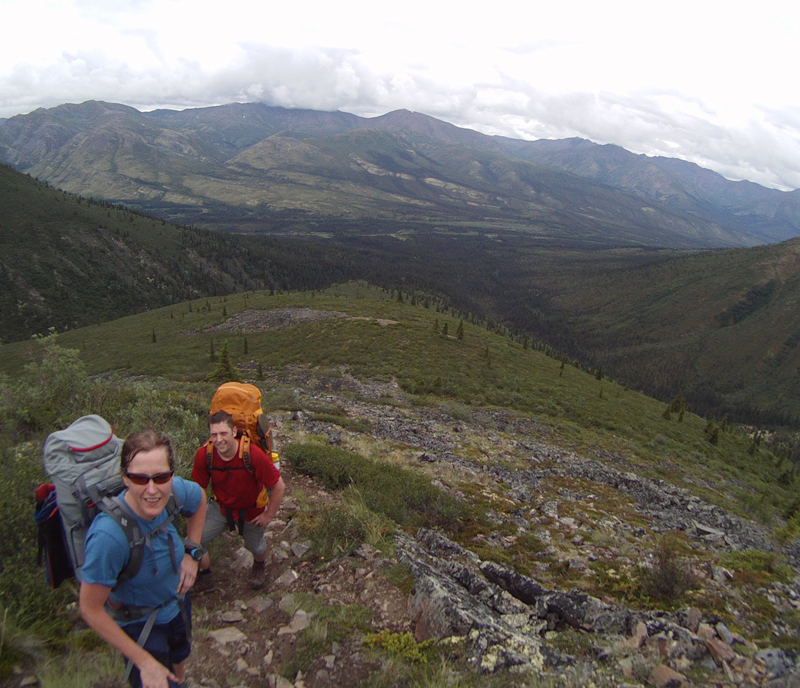 Tombstone range looms in the distance, from the ridge you can see our destination – Grizzly Lake. 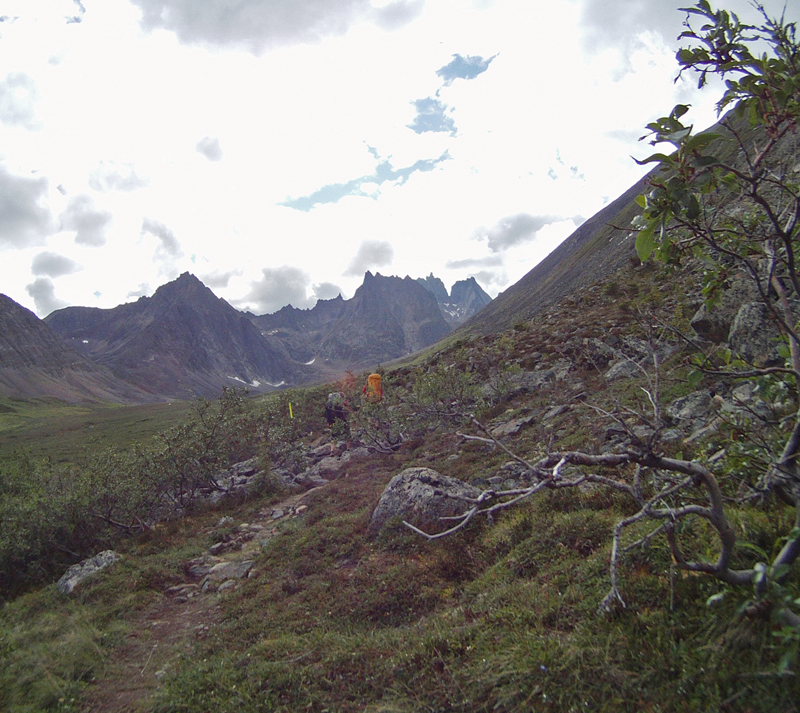 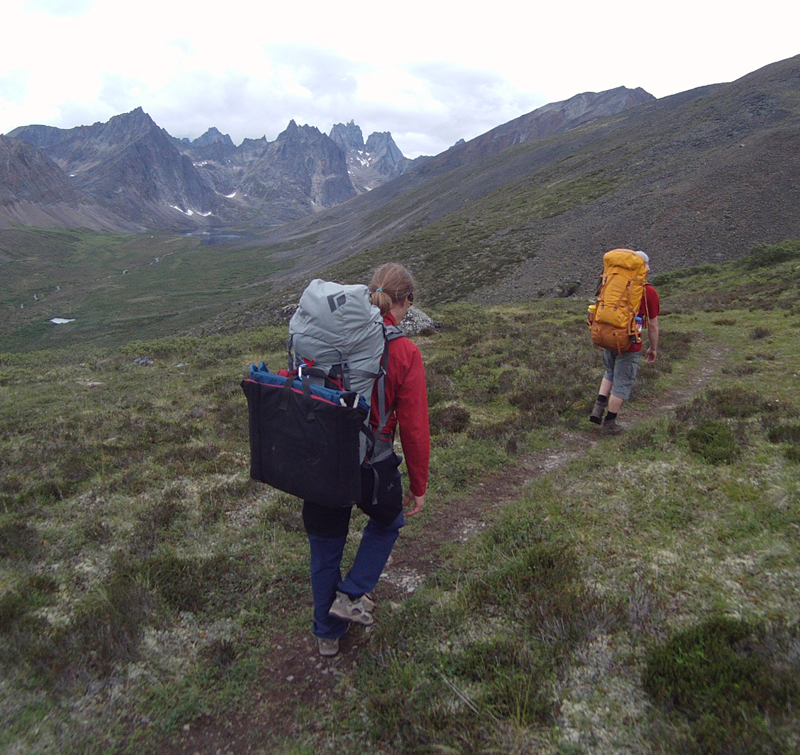 The trail is pretty rocky. 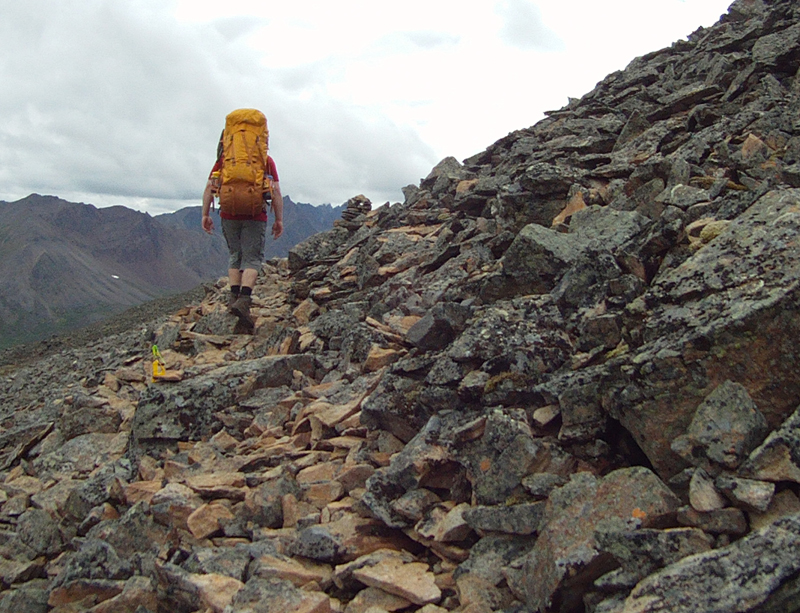 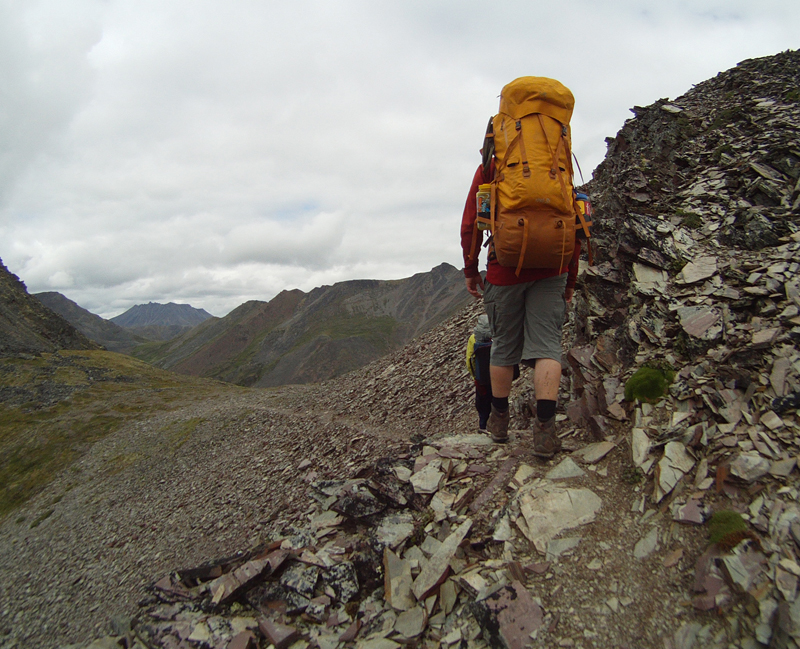 The views are spectacular! The weather was moody! 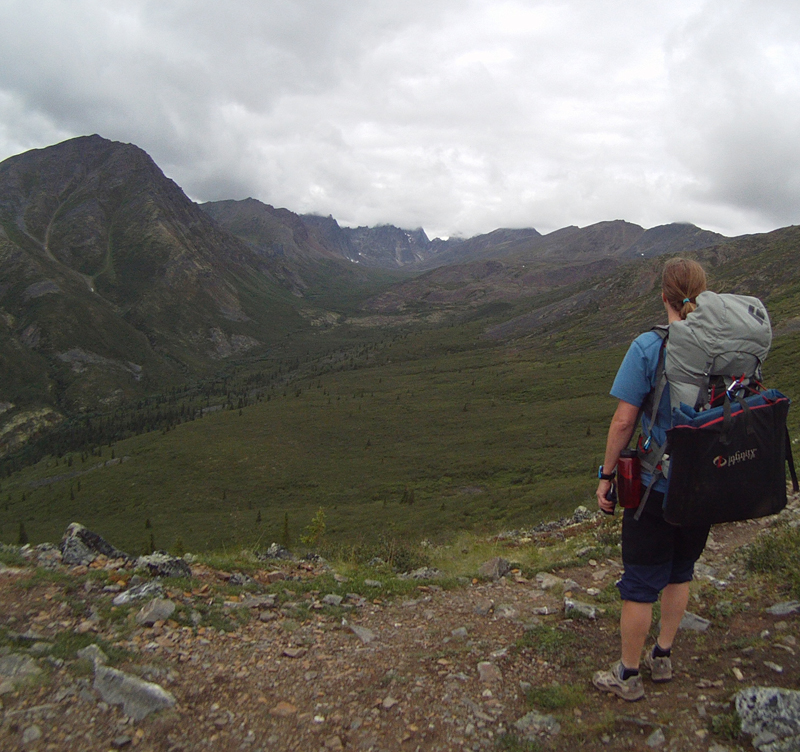 The Marmots kept an eye on us all along the route. 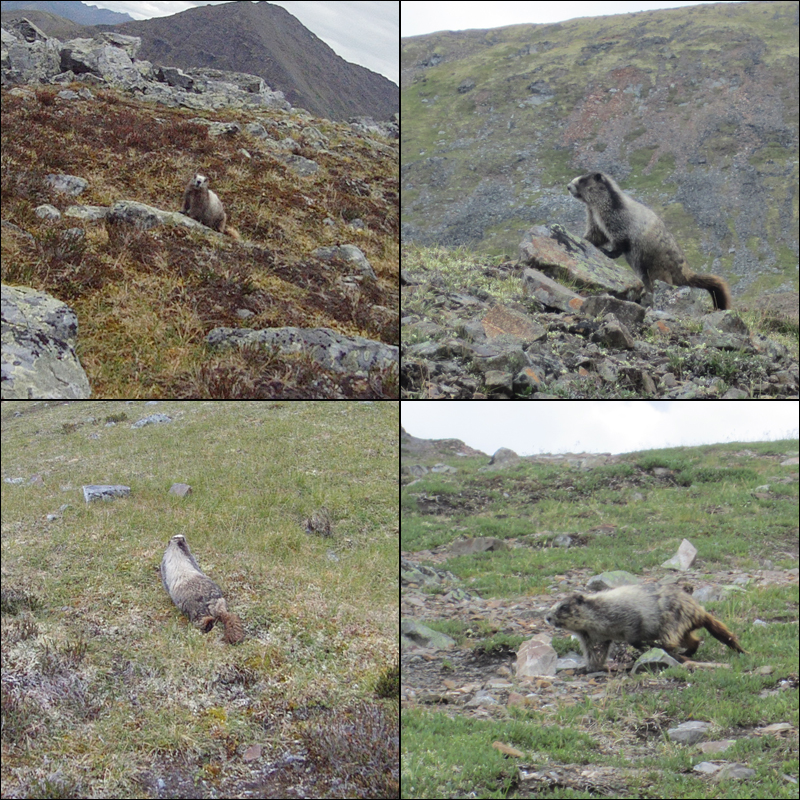 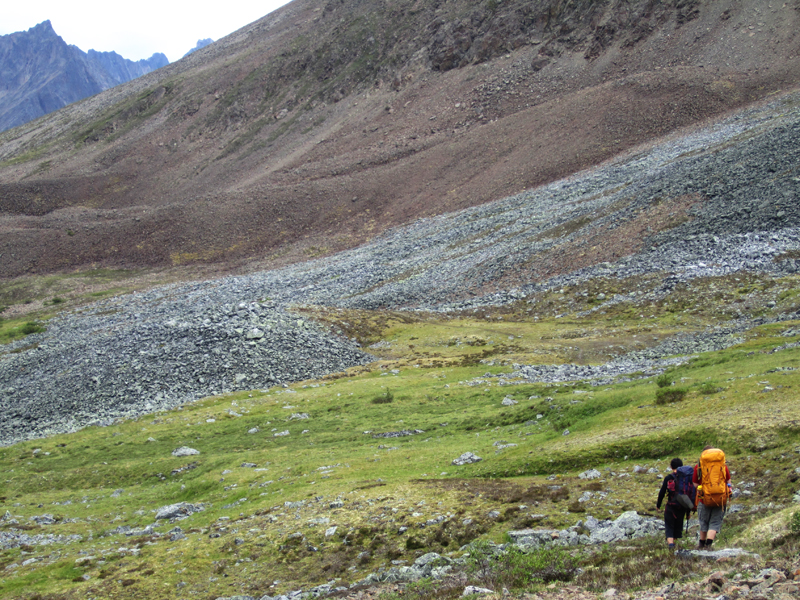 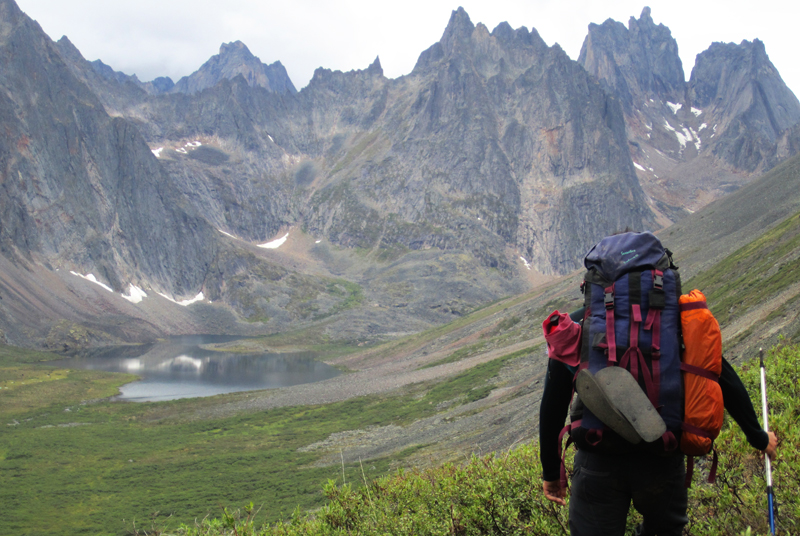 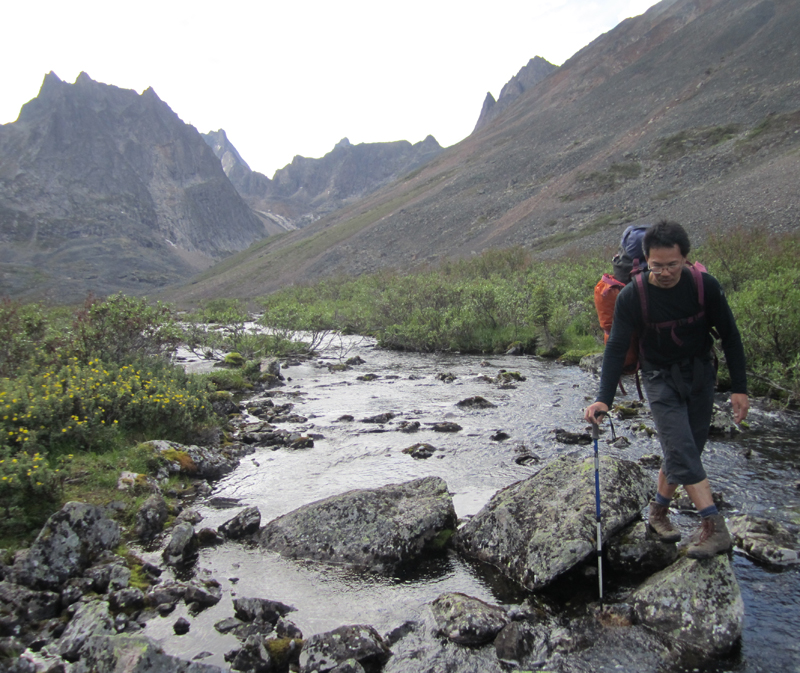 Looking up towards Glissade Pass, the route to Divide Lake. 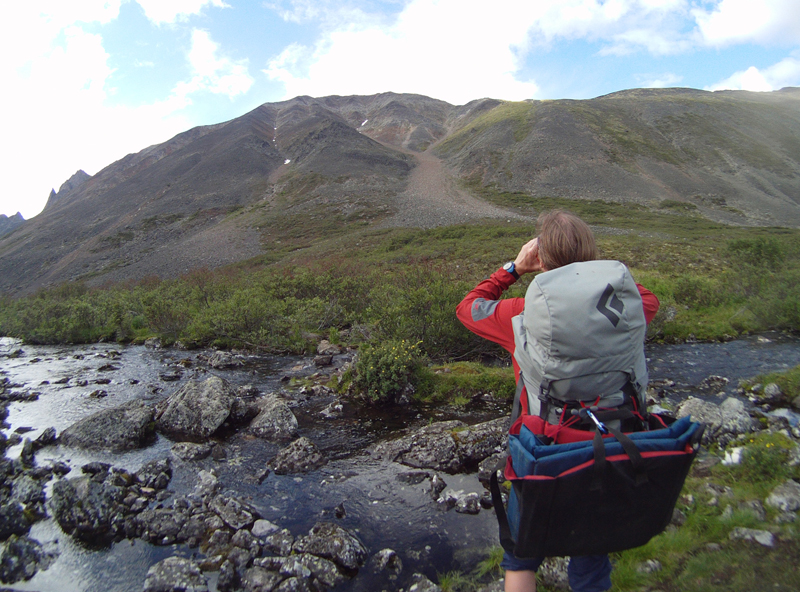 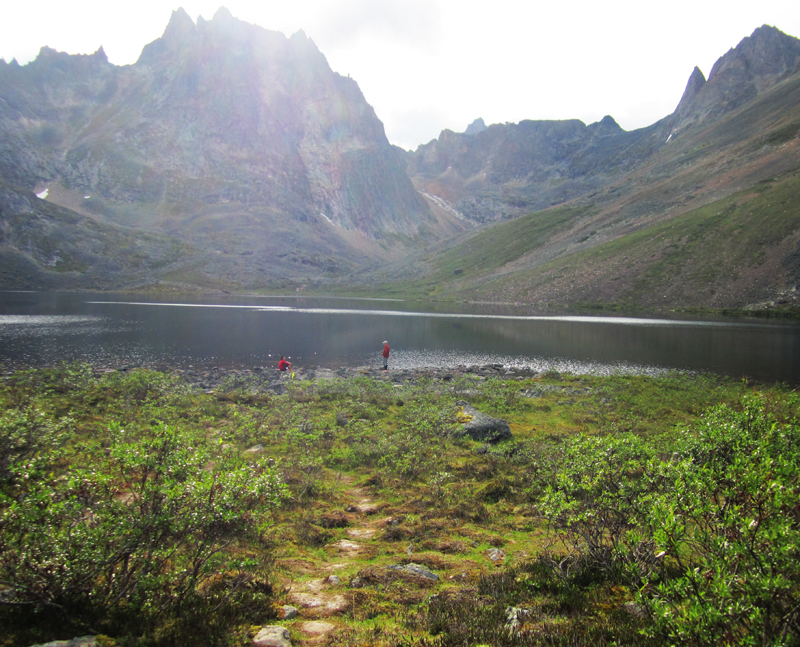 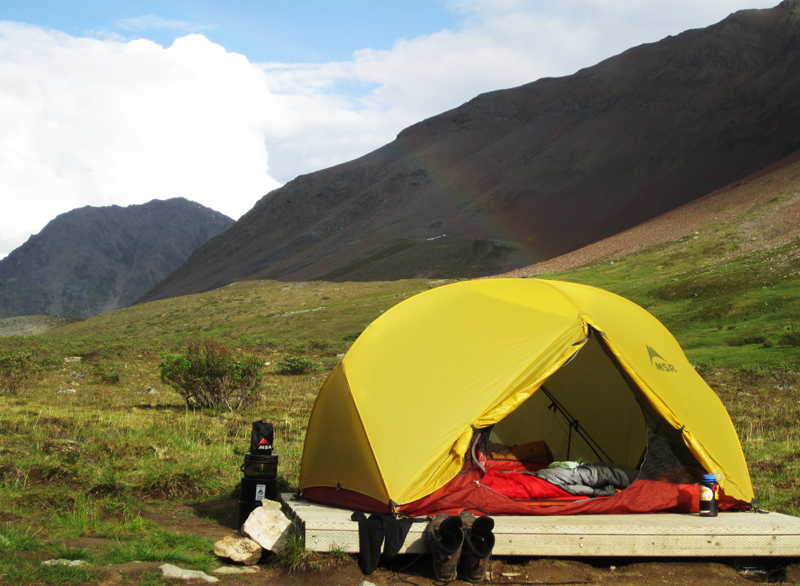 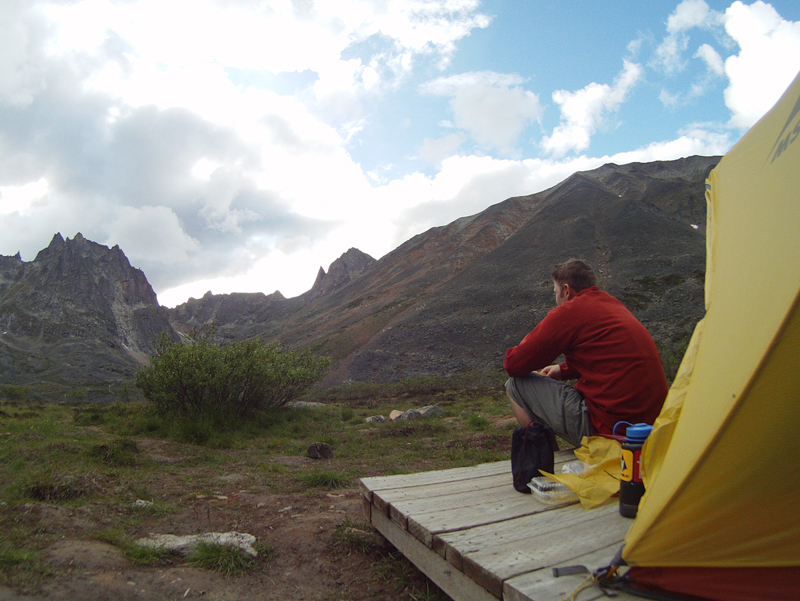 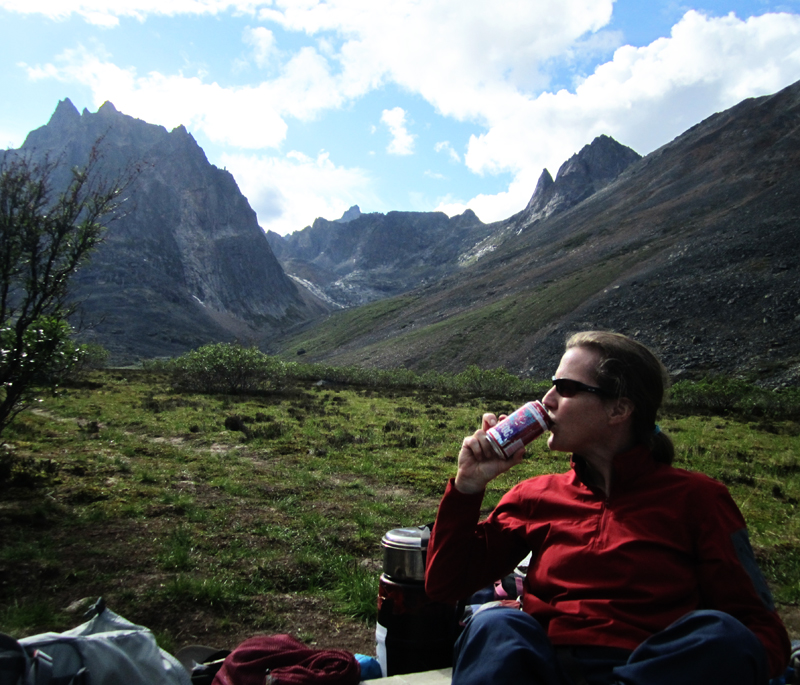 Topped with Chocolate from Lee! 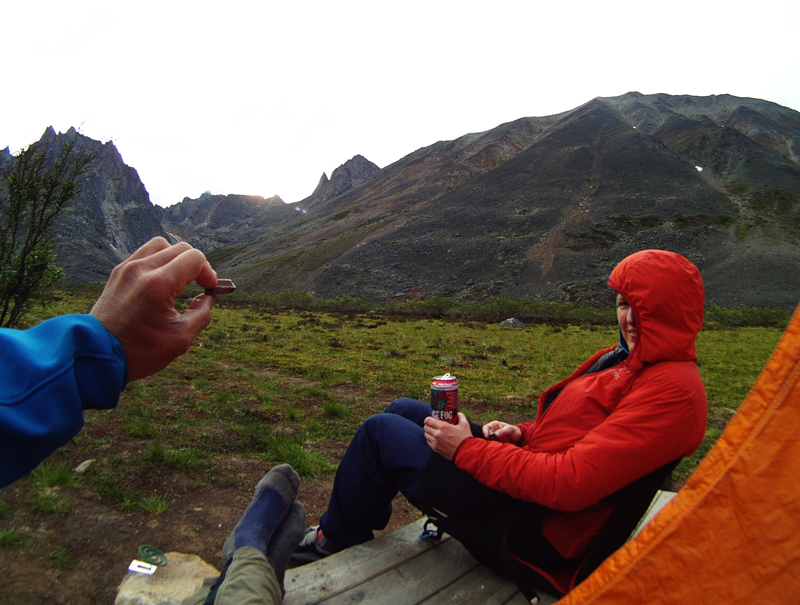 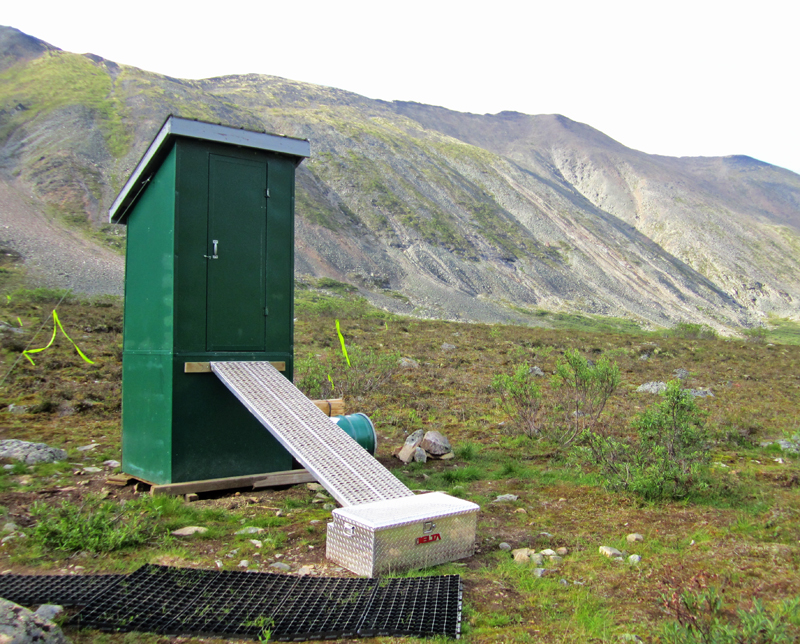 This entry was posted in 2011, Hiking and tagged Grizzly Lake, Tombstones, yukon. Bookmark the permalink.