Tombstones Day 2 of hiking from Grizzly Lake to Divide Lake 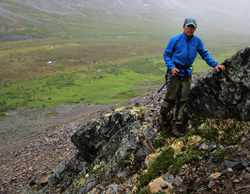 Day two dawned moody and damp. It was a long time coming to get out of bed and enter the mist. Today we were going to do a hike around Grizzly Lake then make the trek over to Divide Lake. The weather decided our hike would be short. 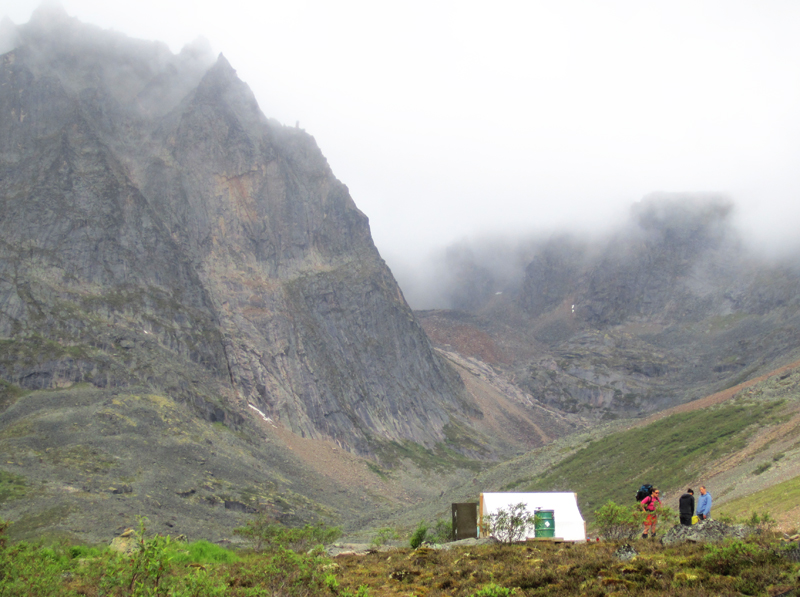 We waiting for the rain to ease with the German family whose daughter was not impressed with this hiking thing. 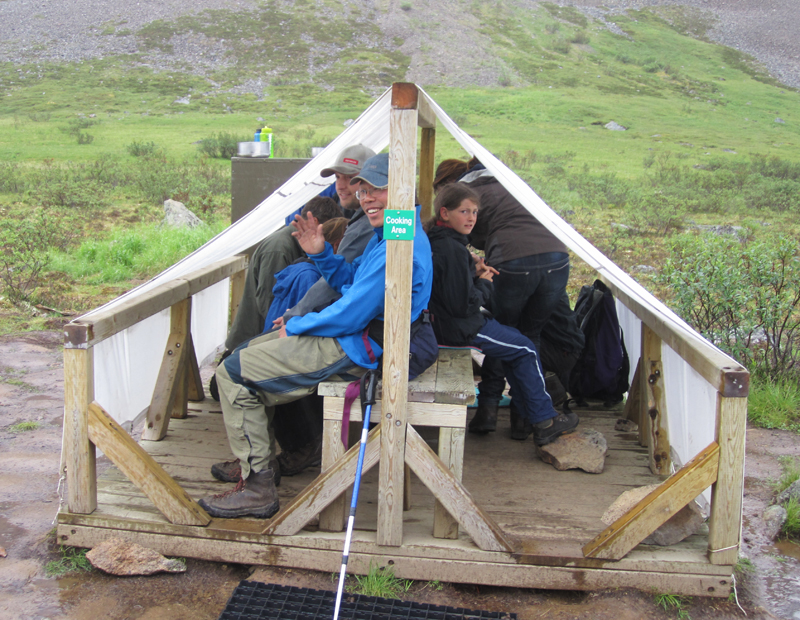 After the rain eased we decided to set out. We hiked up the slope towards an unnamed lake and Grizzly Pass. This is the route to Batholith Brink and the view of Twin Lakes at 1844m. 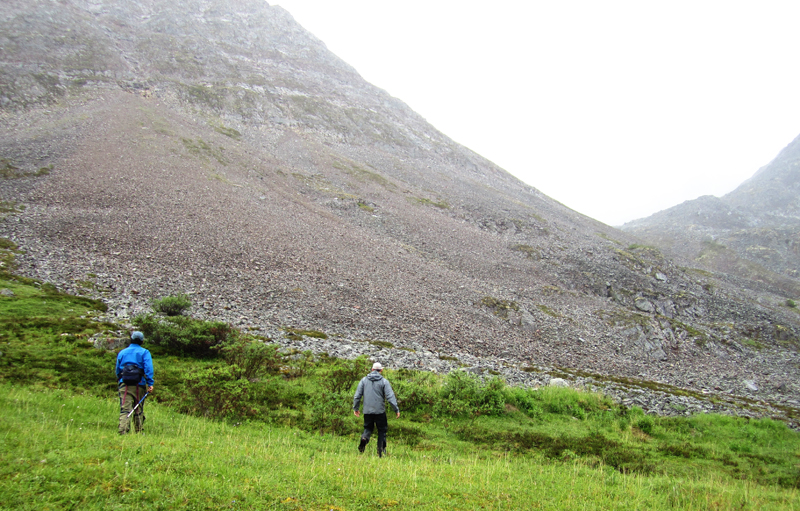 Grizzly Lake behind us. 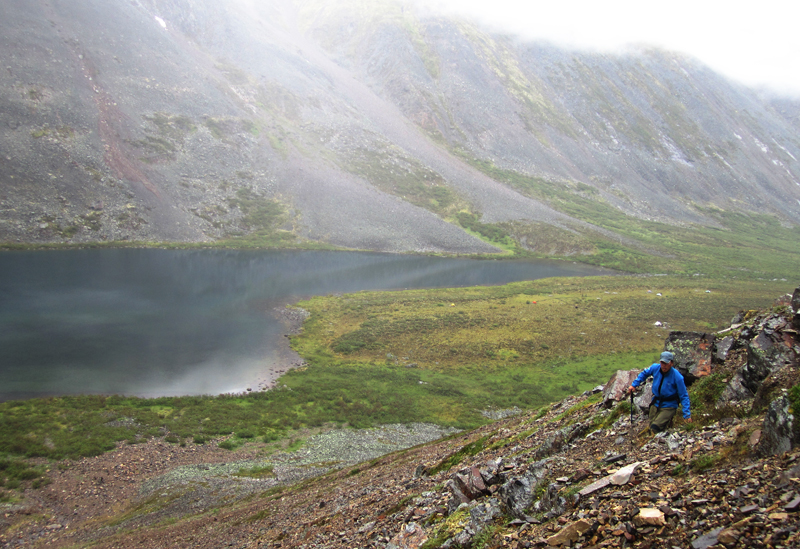 The mountains sloped high above offering many scrambling routes. 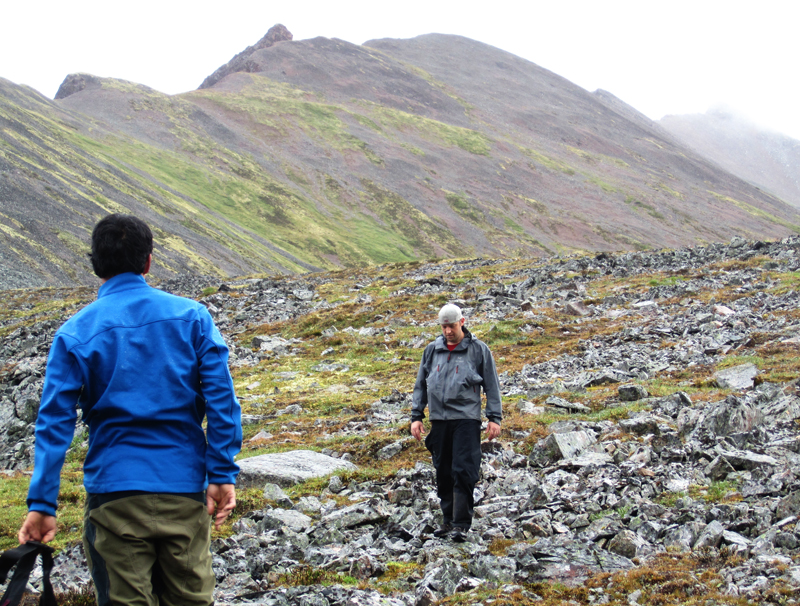 The view over Grizzly Pass to Wolf Creek Drainage. 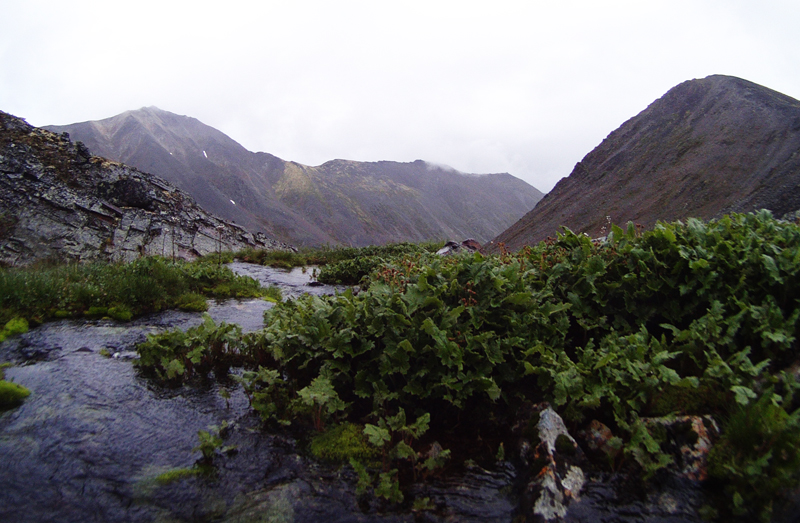 Then we head back down to Grizzly Lake. This would have been an easier route up. 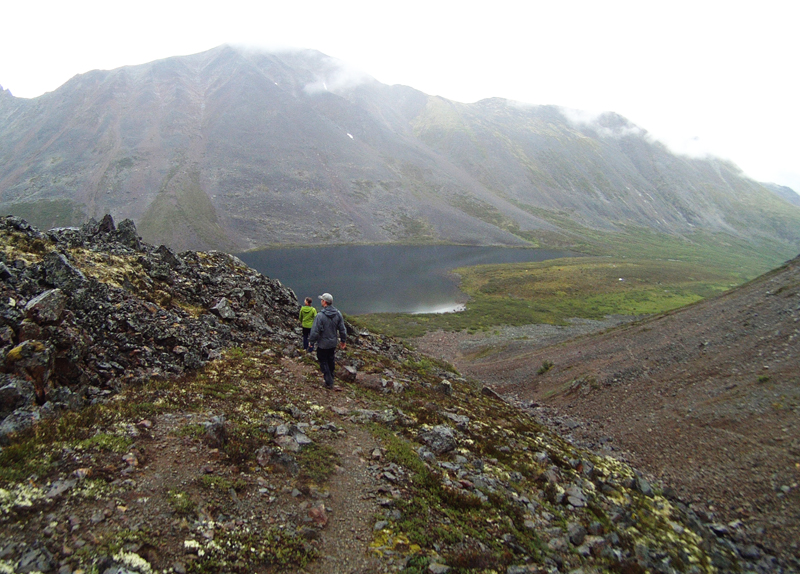 Then it started to rain again! This provided a great opportunity to learn how to dismantle your tent and pack your gear independent of your fly! A very good skill to have. 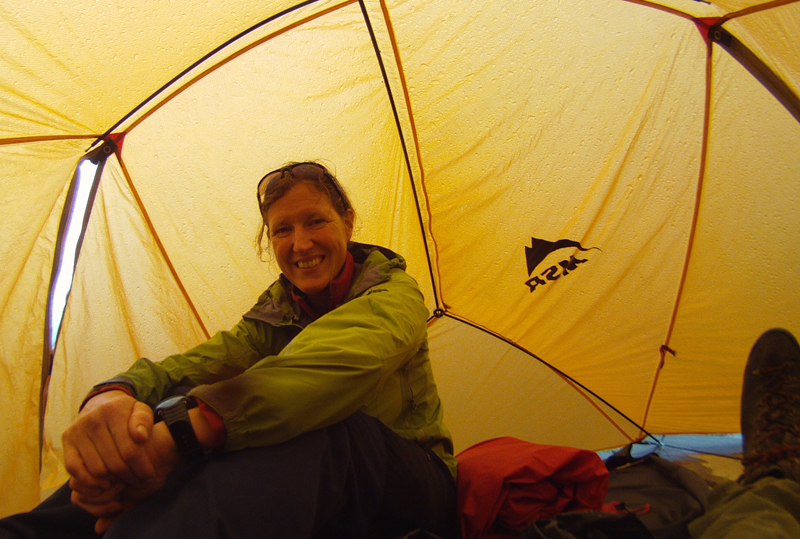 We pack up and make our way to Glissade Pass. 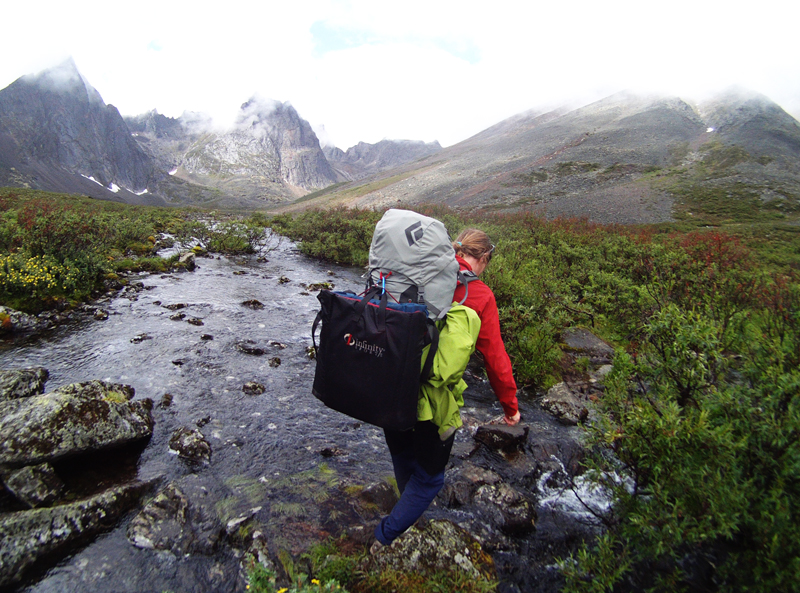 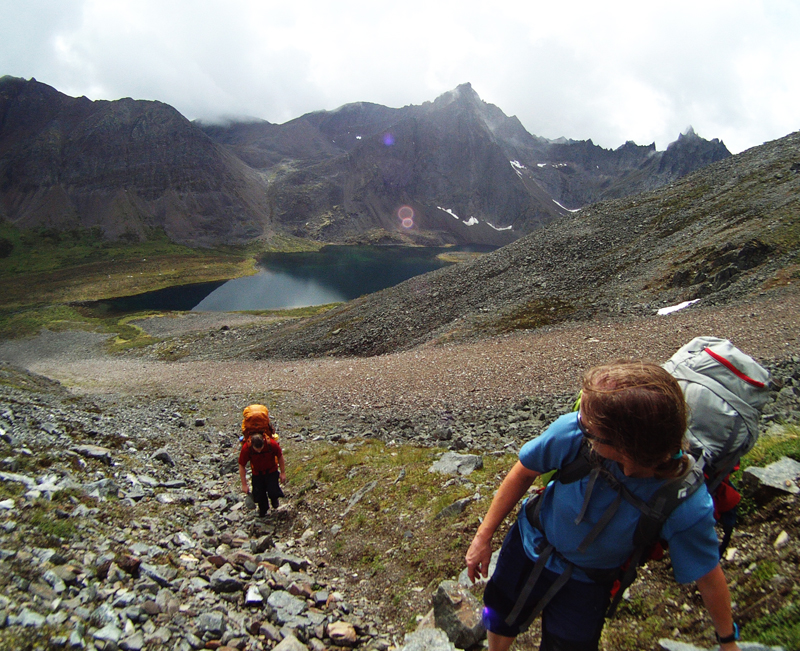 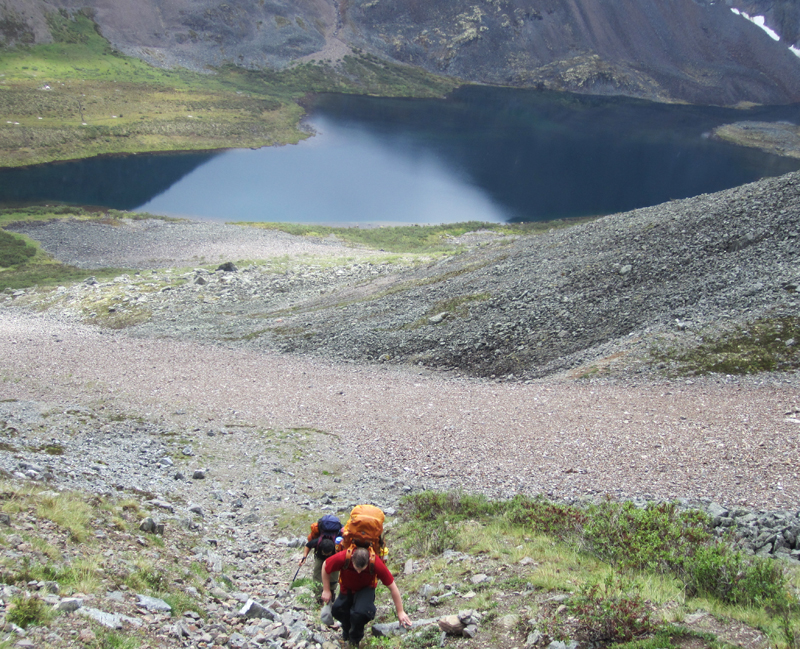 Top of Glissade Pass at 1760m. We figured there would be a defined route down the other side. No. 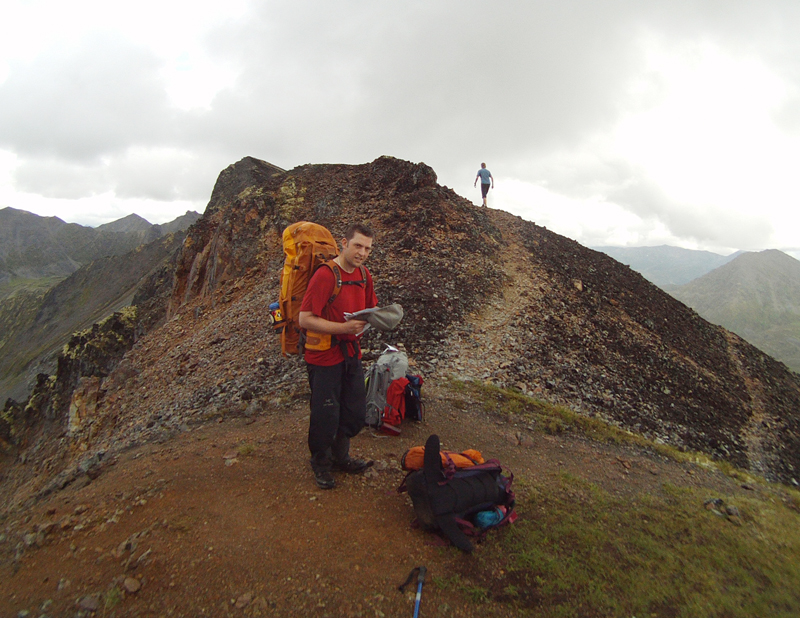 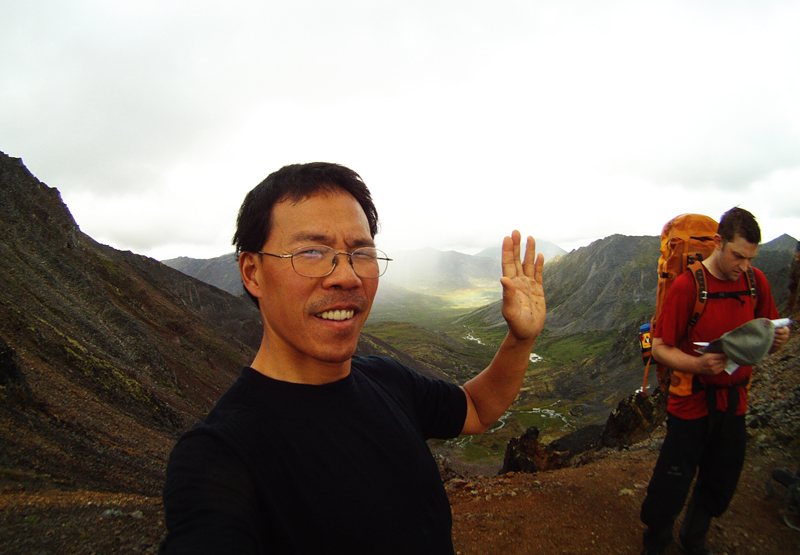 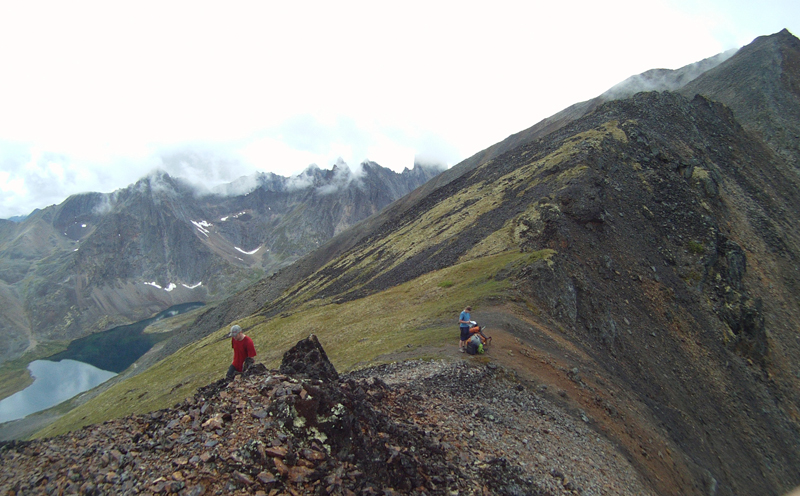 Heading down Glissade Pass. North Klondike Drainage in the back 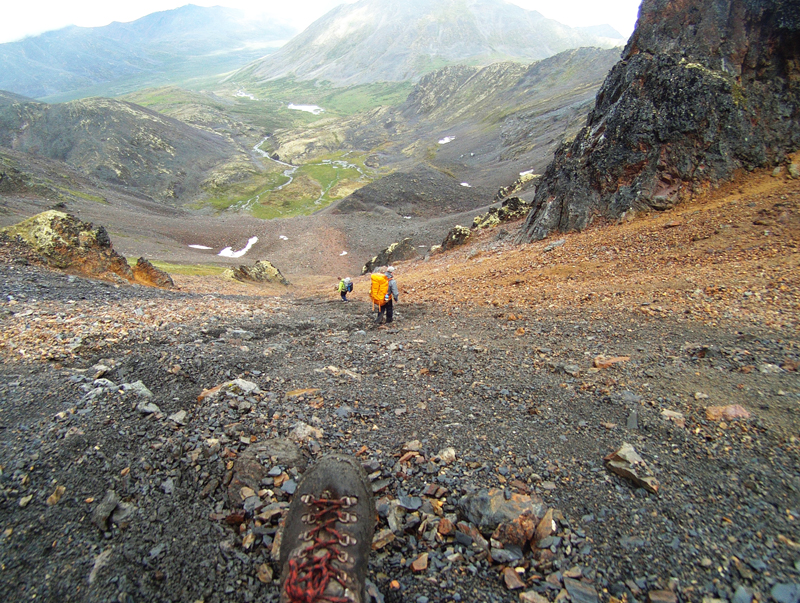 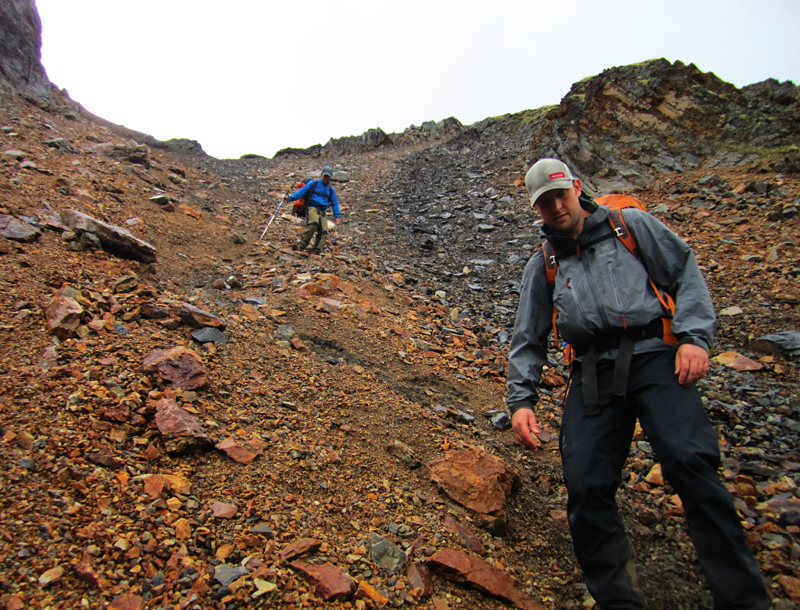 We stop for a break before the Talus ends. 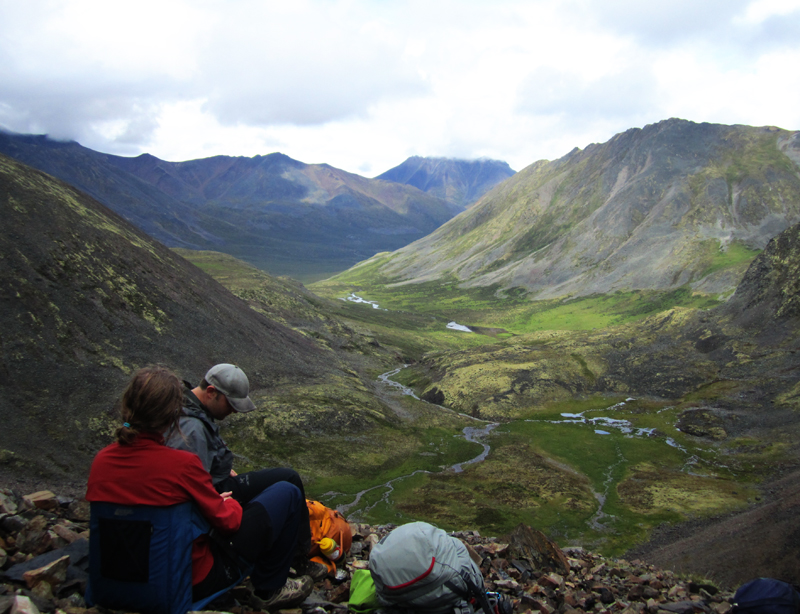 We look back from whence we came. 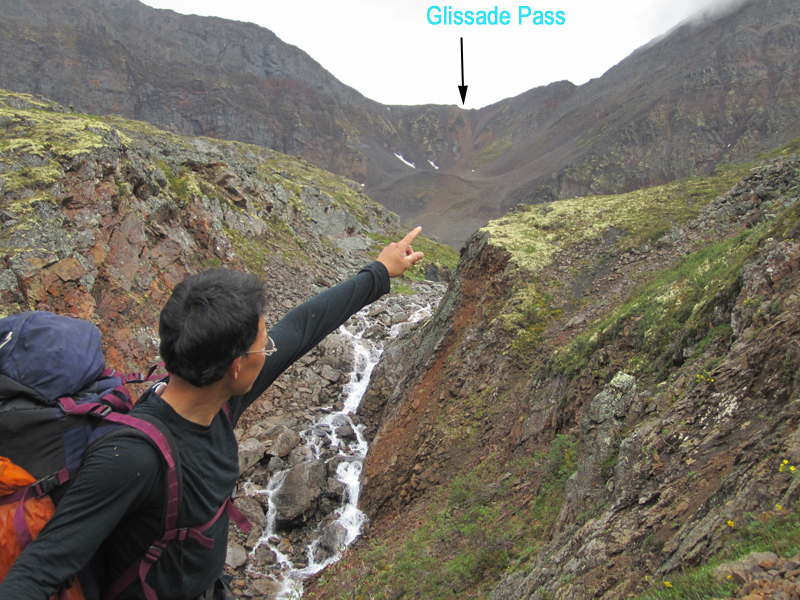 The rocks are covered with cool lichen. 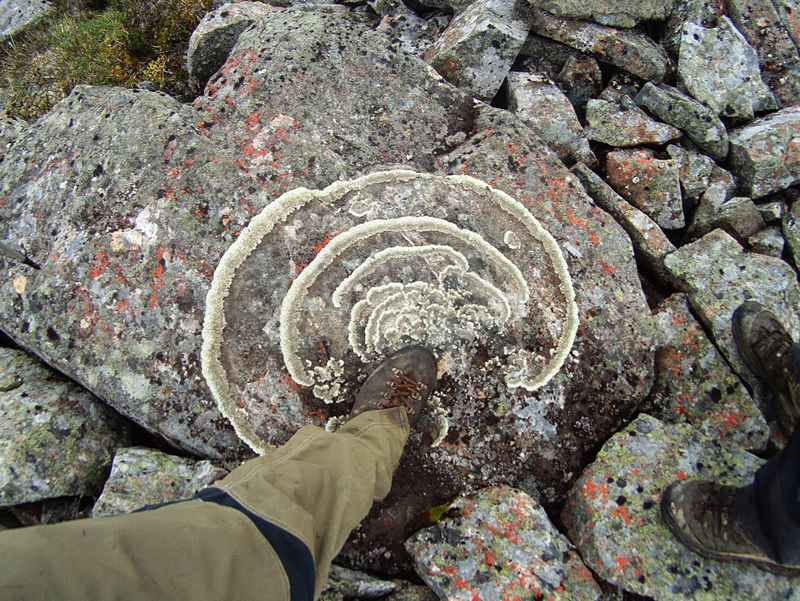 Klondike Valley and its defined trails! 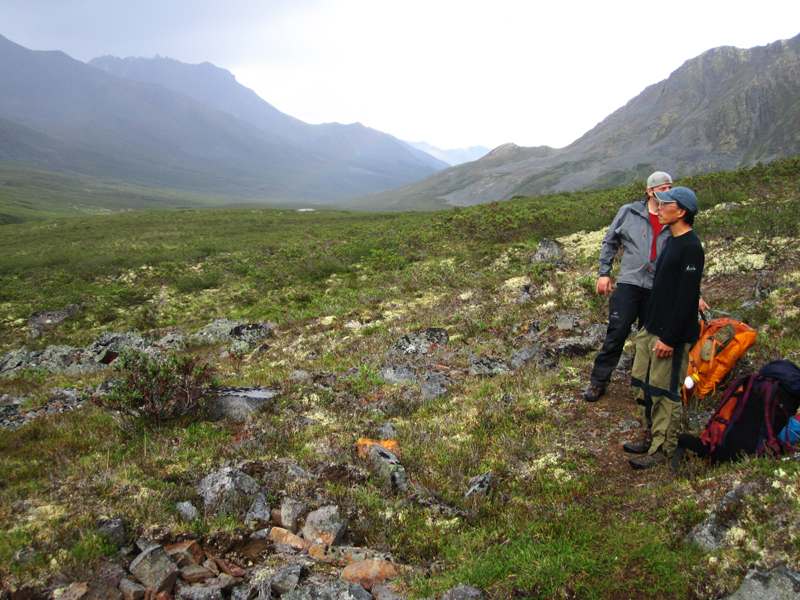 The Shelter at Divide Lake. A group of three girls from NOLS where ahead of us and informed us of a Grizzly in the Tombstone Valley en route to Talus Lake. 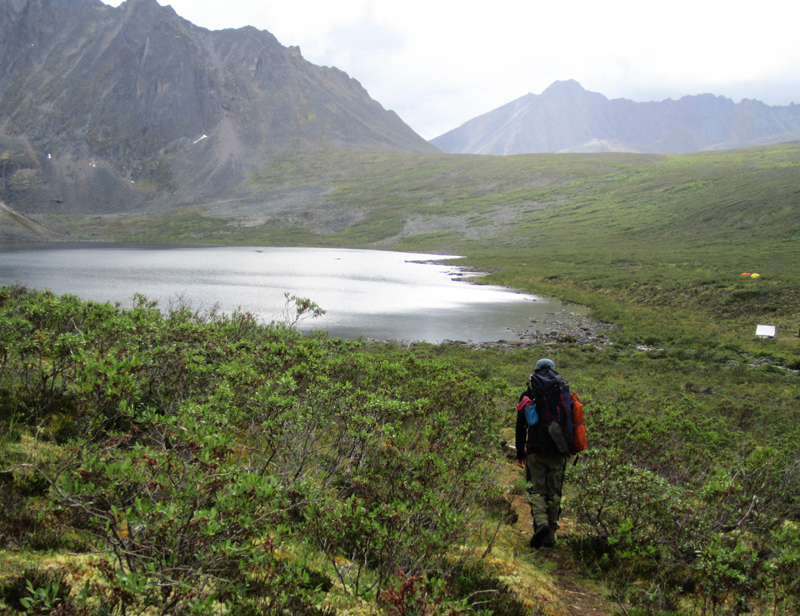 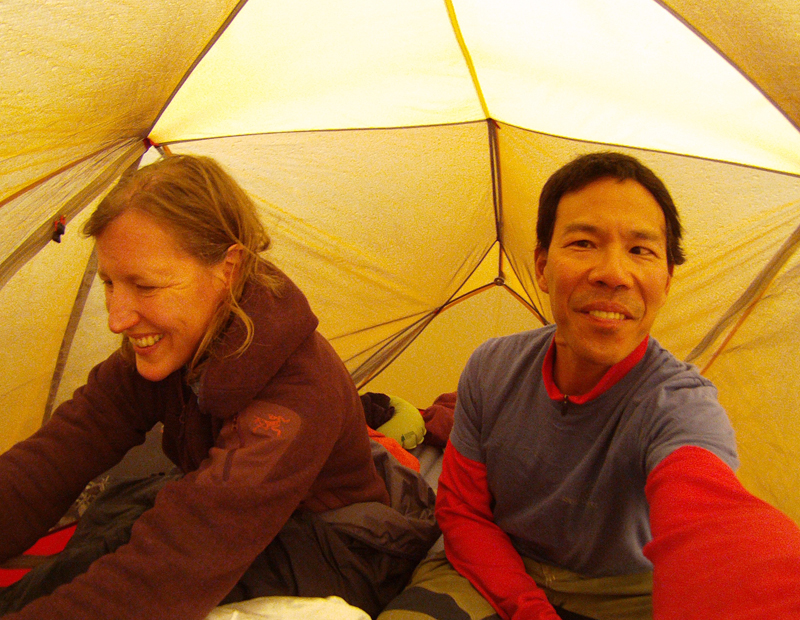 Tombstones Hike from Grizzly to Divide Lake at EveryTrail