I wanted to take a look at the N face of Tricouni and talked Louie into it. We knew it would be warm so left Vancouver at 4pm. Starting from the trailhead at 6.30am we underestimated the length of the approach and the daytime heat. At 11:30am we ascended S facing slopes that were already uncomfortably moist and were still at a col about 1.5 km and 300m vert short of Tricouni peak. The col is usually not a problem to sneak into a glacier just S of Tricouni and then climb up to Tricouni Pk but this season’s near-record snowfall meant that there was a 5m cornice to deal with. Compounded with the fact that gaining Tricouni Pk’s summit would have been sketchy at best with the isothermic snow and wet-slide potential we chose to ski back down to High Falls Lk (just E of where we were at what I will call Col 1) and ascend to a col just E of Tricouni (1850m) which I will call call Col 2.

We dropped down NW slopes off Col 2. There’s a serac field on that slope that’s not marked fyi. Entire bowl/glacier below Brandywine/Tricouni is full of slide debris from recent wet slides. Then we exited back down Roe Creek and out. 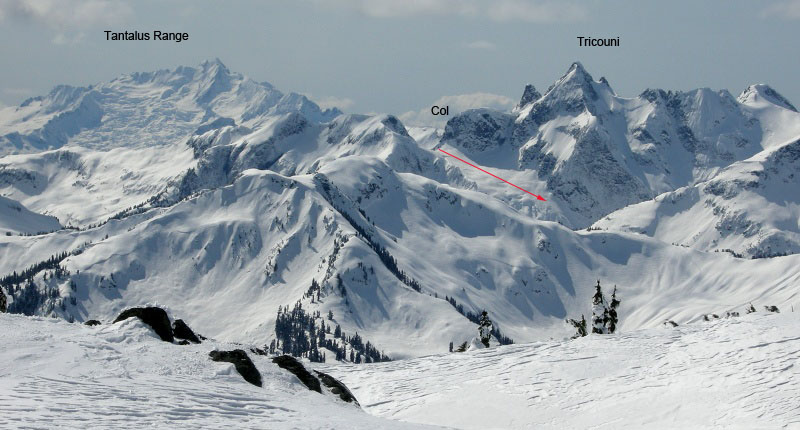 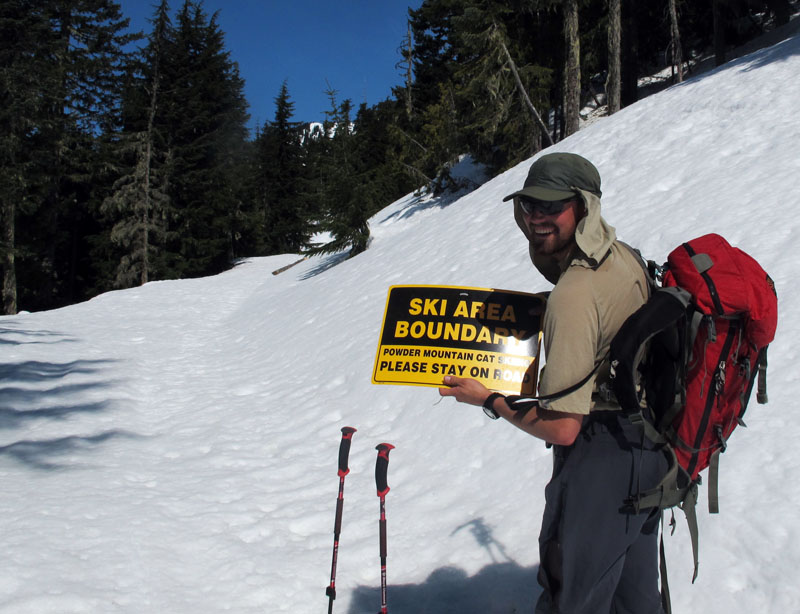 Louie on the road; going up the cat road

Just E of High Falls Lake, we dropped down to the lake then took a bench to Col 1. By then these E facing slopes were getting moist

Louie on High Falls Lake – by then temperatures were skyrocketing 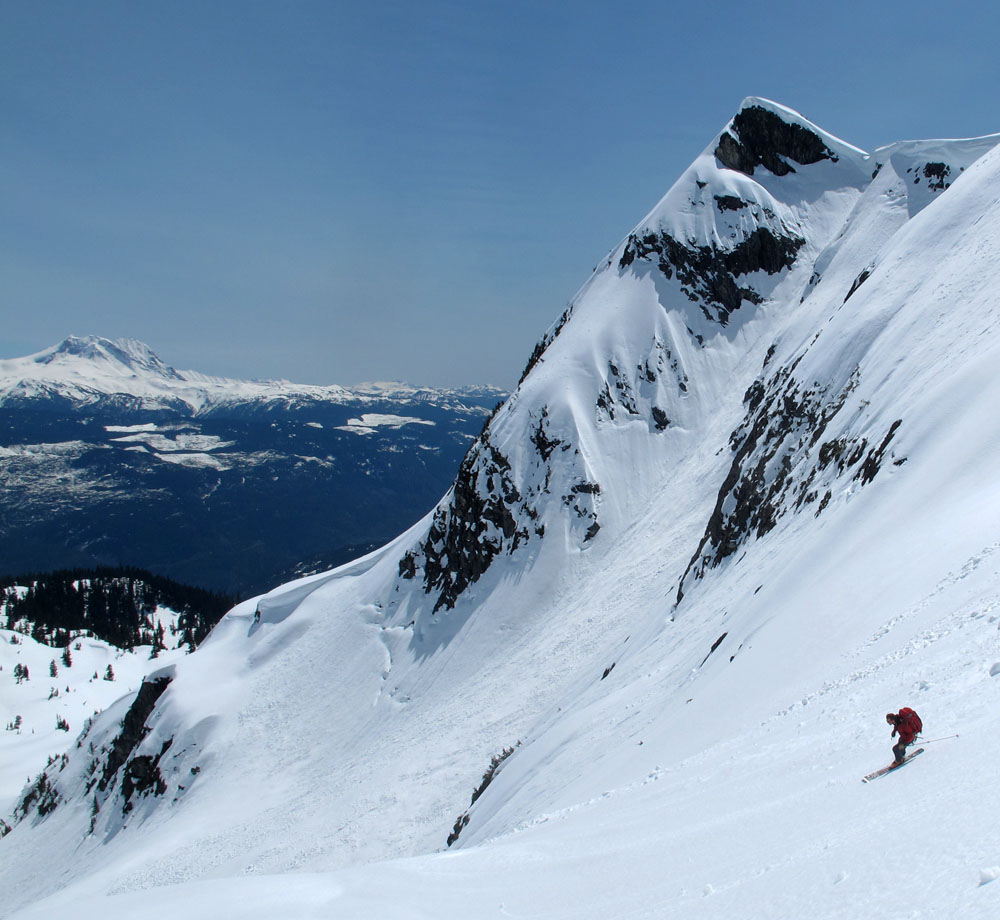 Stymied by high temperatures, wet slide risk and a 5m cornice we skied back down to High Falls Lake … 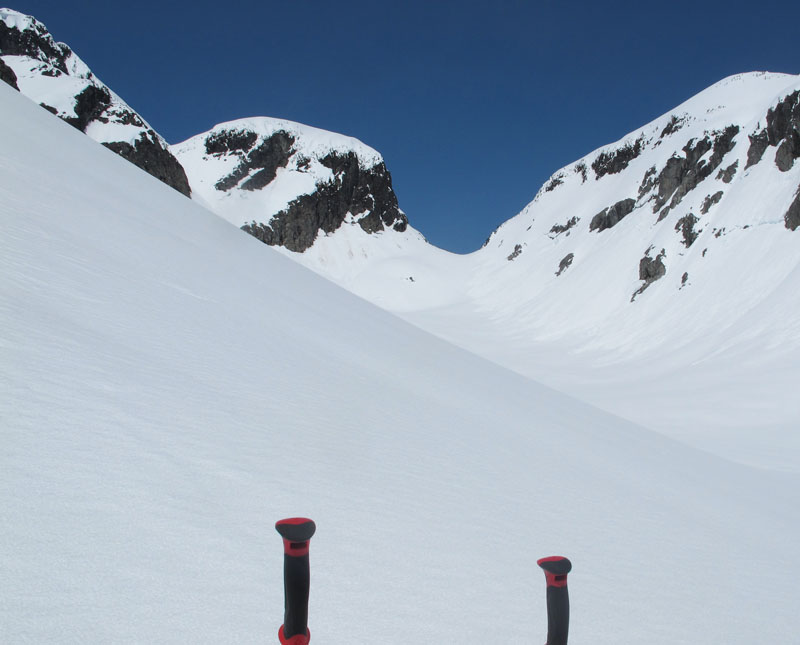 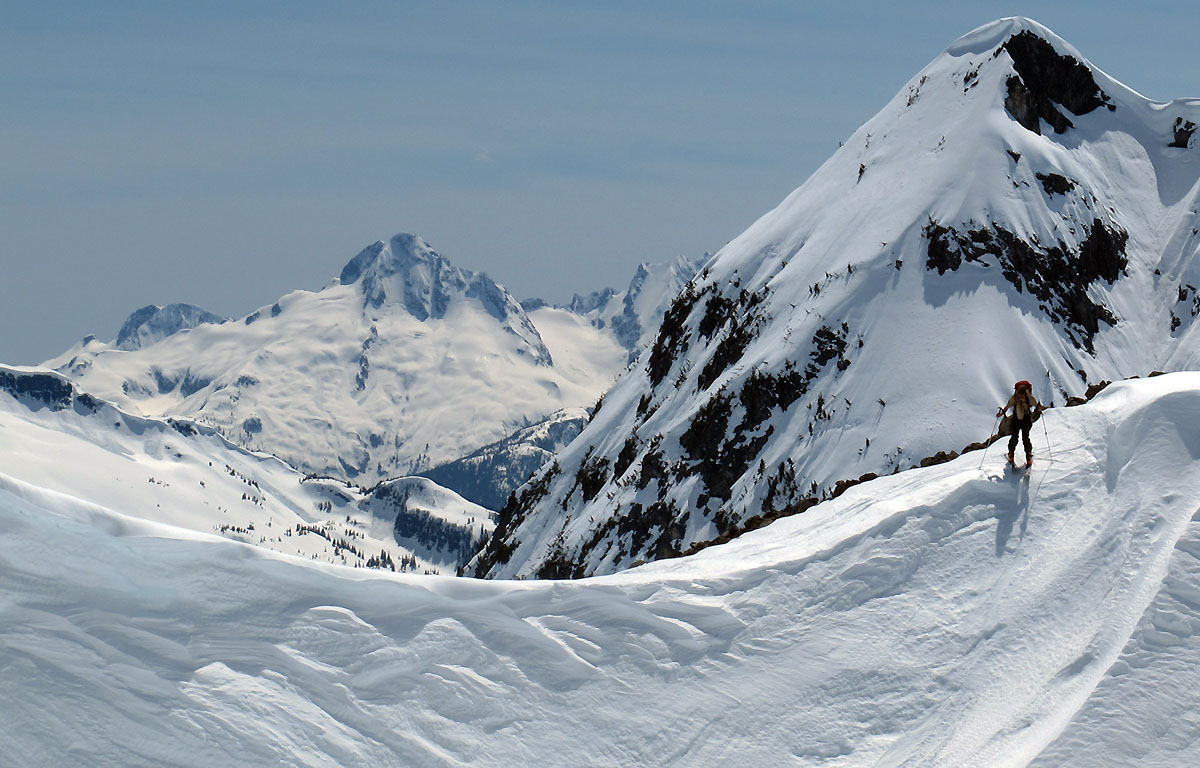 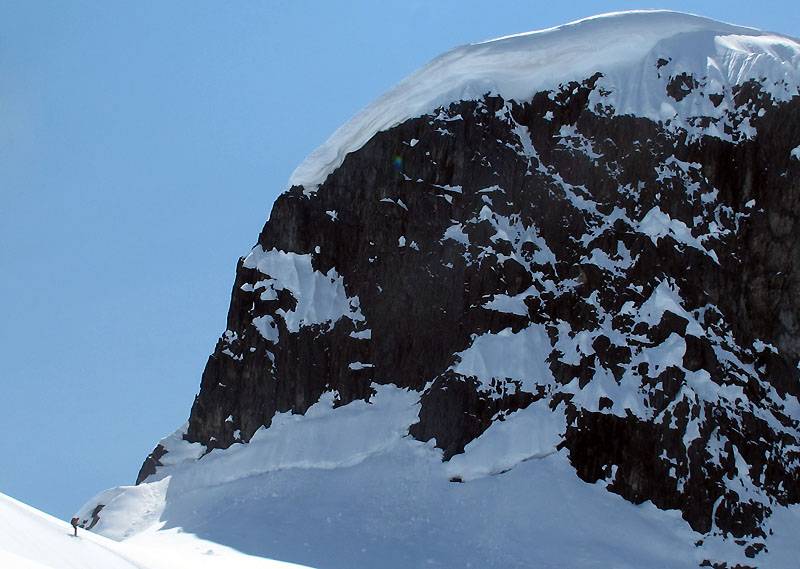 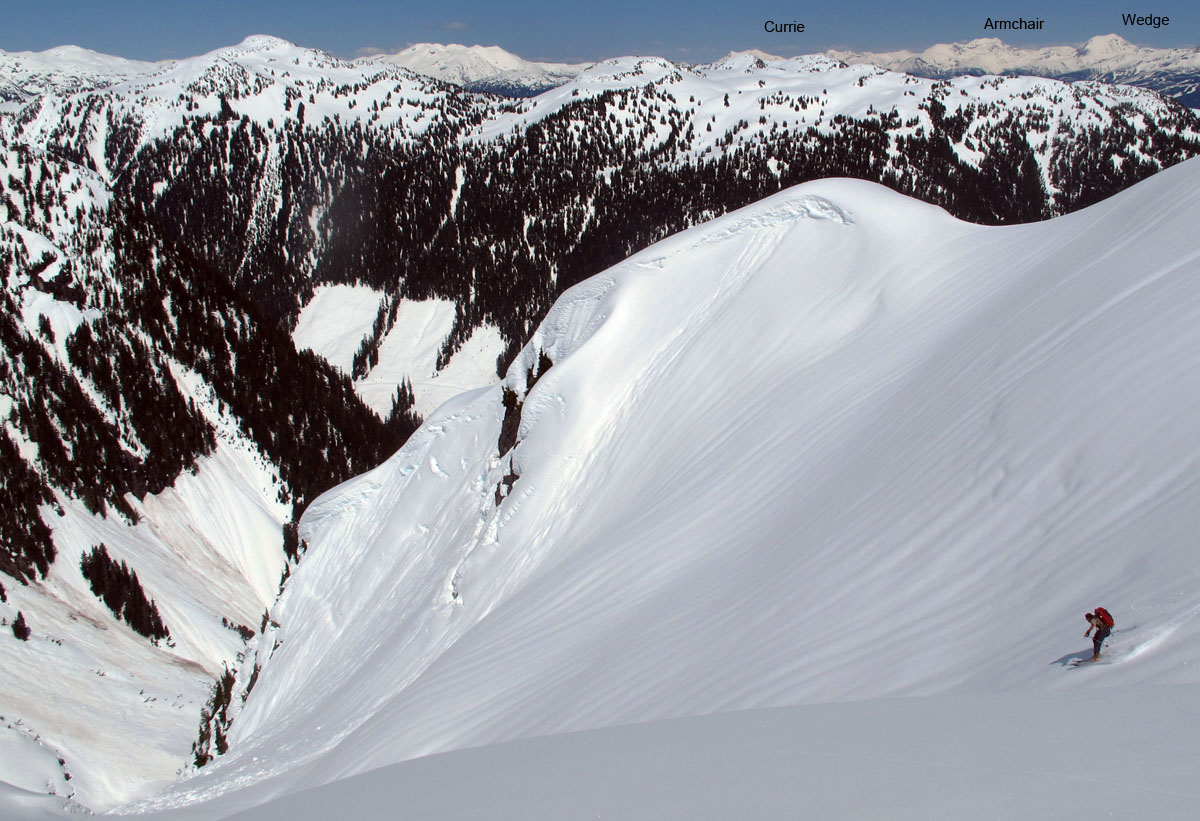 Unmarked seracfield made for interesting routefinding 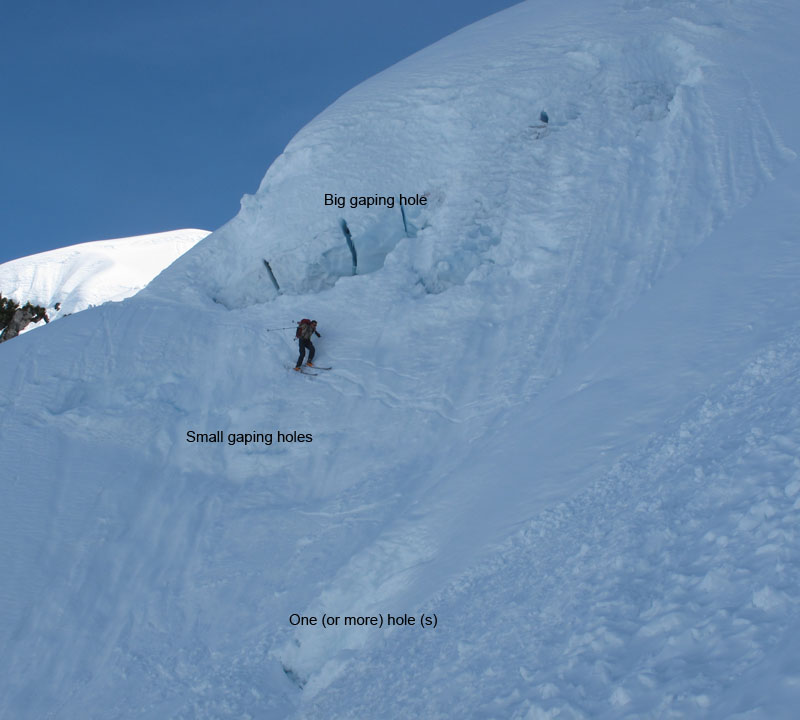 Easy – peasy; just stay exactly on my track Louie and you won’t fall in. 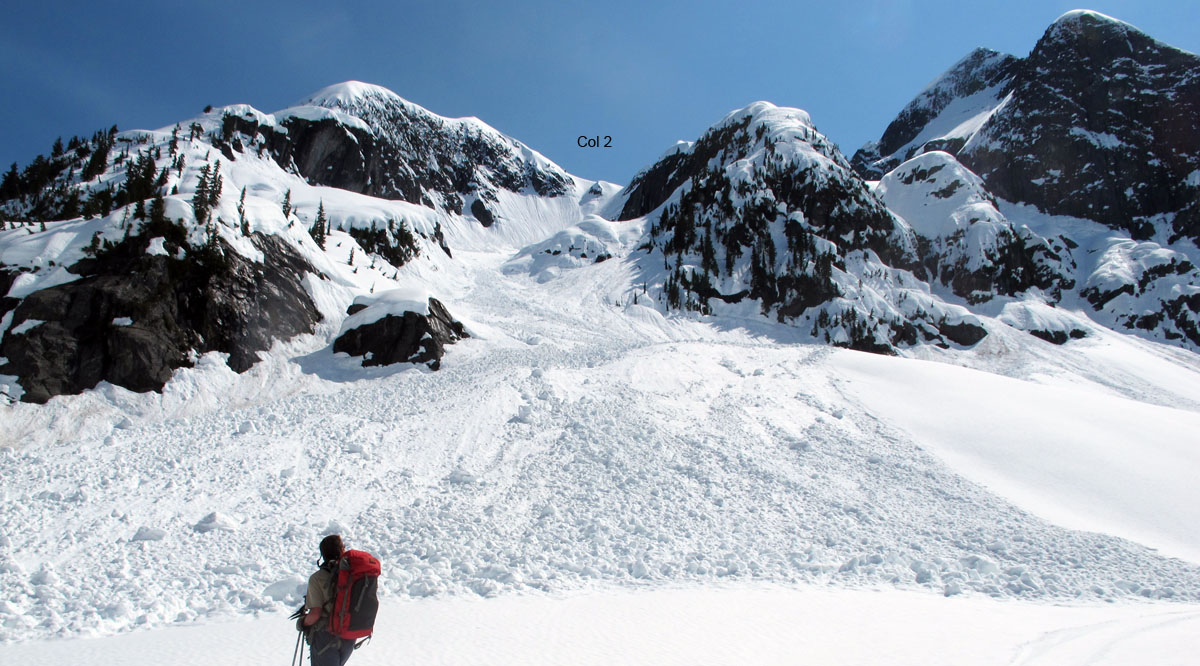 Panoramics of the wet slide gongshow 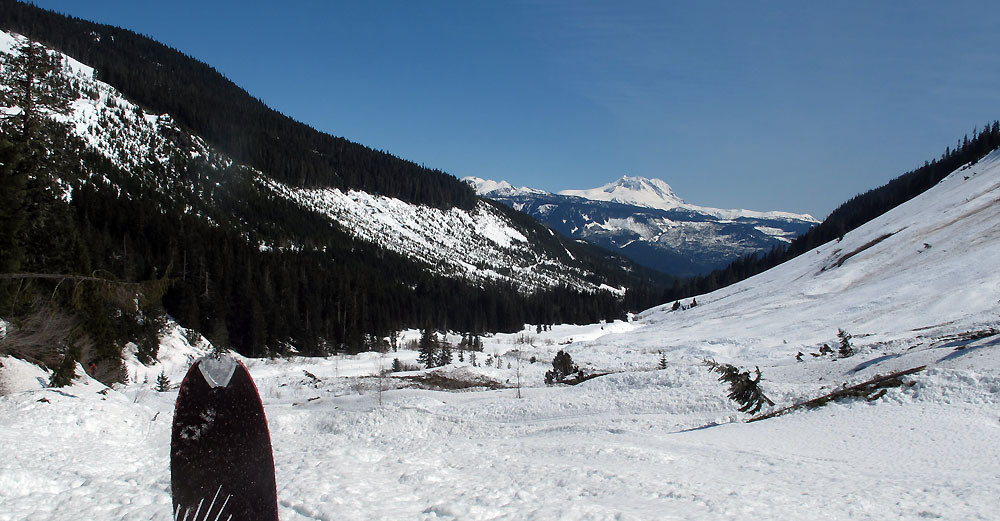 Out via Roe Creek. The valley is broad which is fortunate given the amount of slides coming down 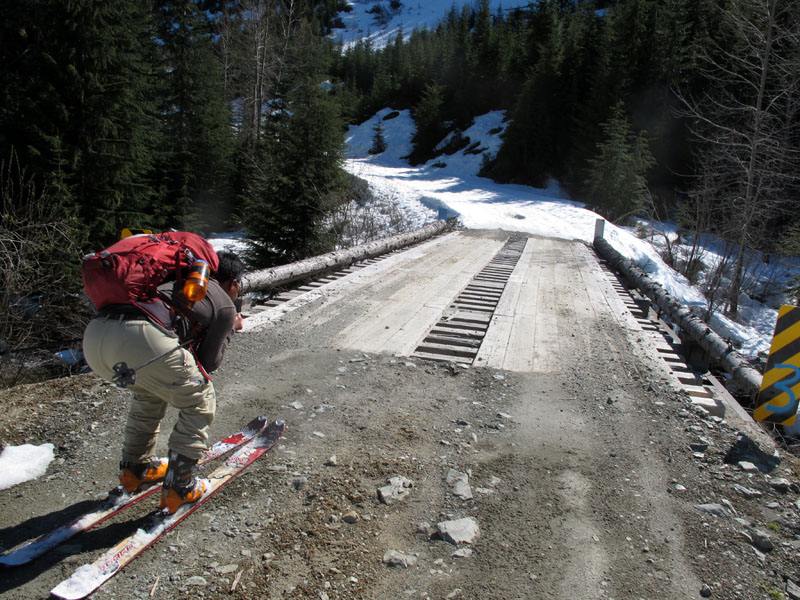 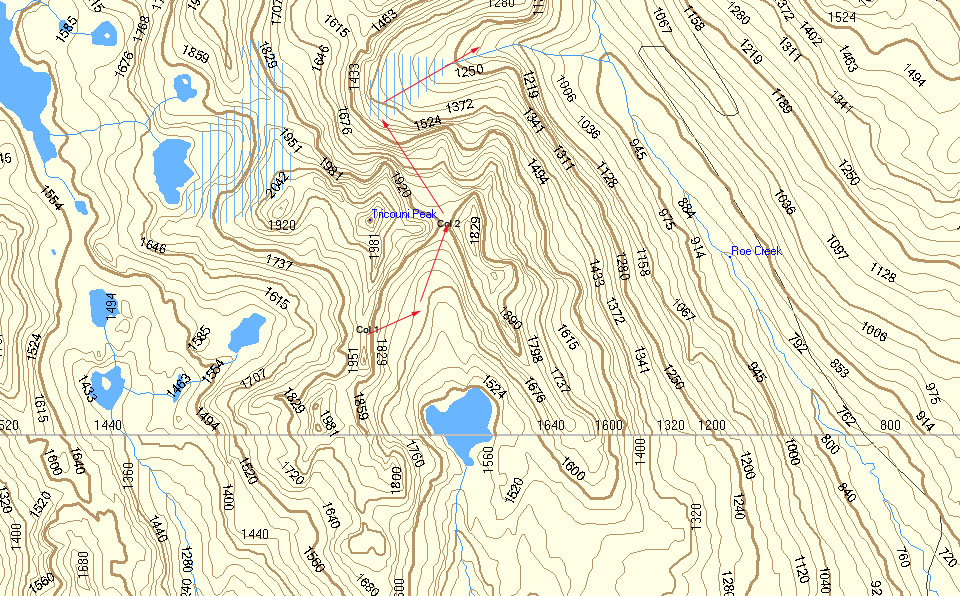 This entry was posted in 2011, ski and tagged tricouni. Bookmark the permalink.