Durango was the next stop on our odyssey. We found a very nice campspot at the United Campgroundjust north of town. Reasonable and quiet. It might not be so private if its crowded as the camping spots aren’t treed. 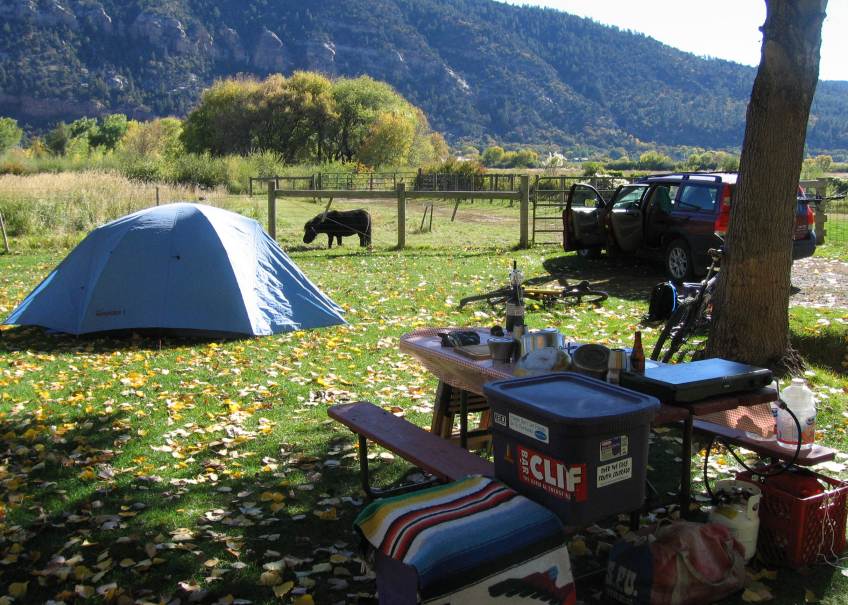 You can get good maps and beta in town from bike shops. We stopped at both Hassle Freebikes and Mountain Bike Specialists. From there you can get general trail maps (the Latitude 40 series of maps) and some maps specific to Durango. We had wanted to ride in the high alpine but the recent snow put paid to plans to riding such classics like Hermosa Creek, Kennebec Pass or Engineer Mountain. Instead we were “reduced” to riding local day trip favorites like the Colorado trail close to town. The advantage to this is that you can ride from the campground. We did this and were at trailhead at the Colorado trail in short order after some pavement and gravel. 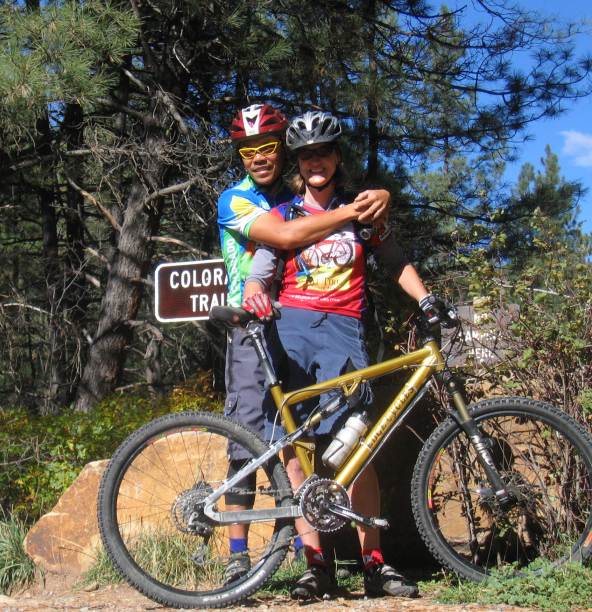 Even though we were riding on a weekday in late morning there was still some hiking traffic so we took it easy up the climb towards the Gudey Point switchbacks and smelled the flowers – or the fall colours – as the case may be. 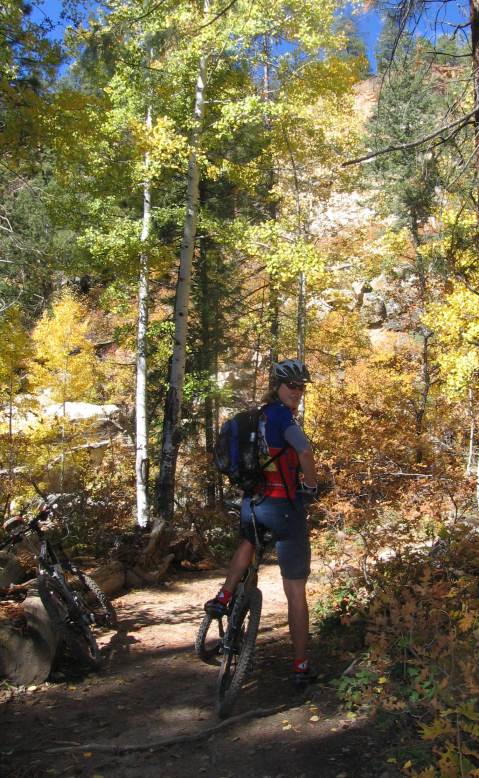 The switchbacks climbing to Gudey’s Rest are the only stiff climb of our ride today; going about 700′ in a mile and a half. 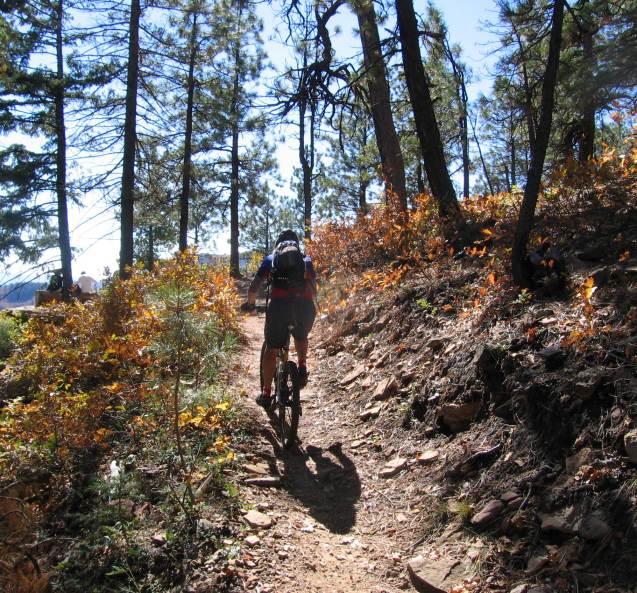 This view looks south from Gudey’s Rest towards an unnamed peak (8688′) down the Junction Creek drainage. 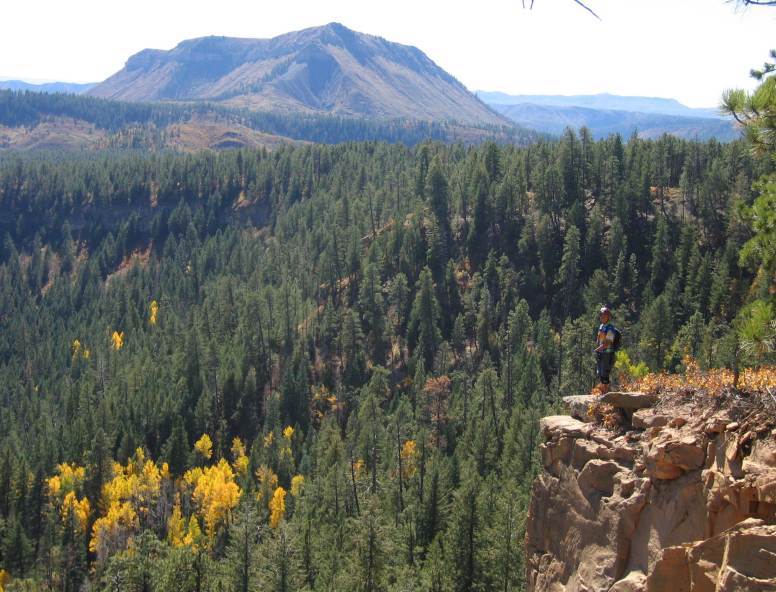 This panorama looks north east towards the rock bluffs of Gudey’s Rest and then east and south down the Junction Creek drainage.

From there we rode down Hoffhein’s Connector south west to the junction with Dry Fork Trail. Its getting close to hunting season at this point and unfortunately horse packs are going in and setting up hunting camps. It had just snowed/rained and the hoof prints had torn up the normally smooth trails making for a rather bumpy rutted and eroded ride. There were some nice smooth berms to rail turns thankfully. 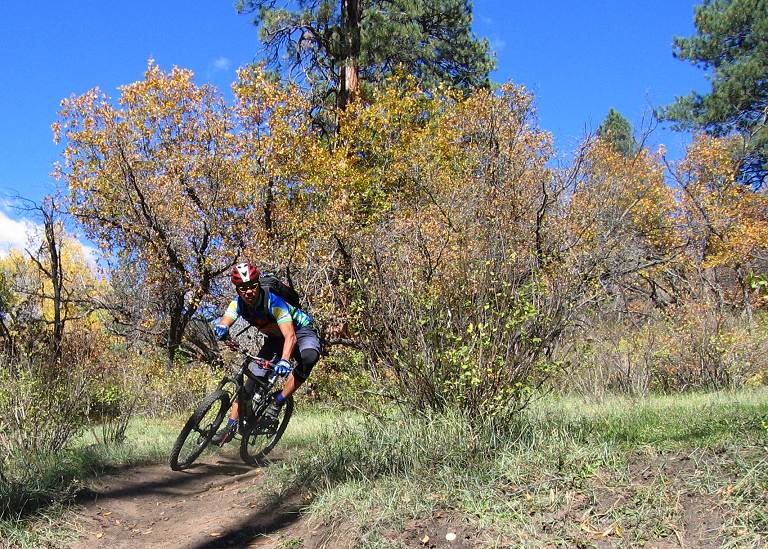 We then turned off to the Dry Fork trail and resumed climbing through the fall colours. 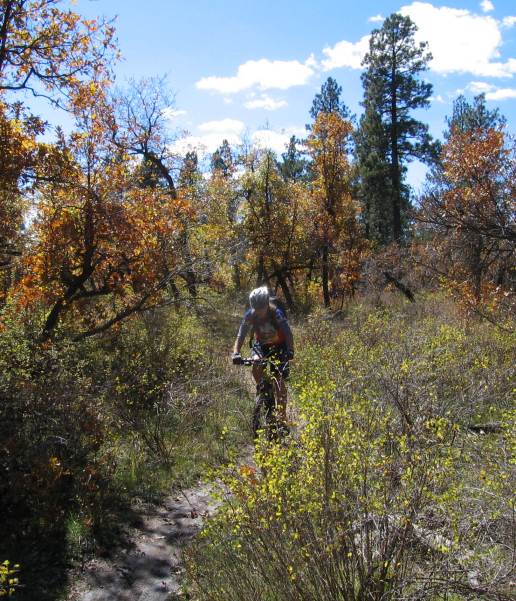 Shortly after reaching the Dry Fork trail – Colorado trail junction we rejoin the CT and head back in the direction of Gudey’s Rest to complete our loop. It’s really too bad we couldn’t have taken a crack at Kennebec Pass – seen in the background. What a spectacular view that would have been. 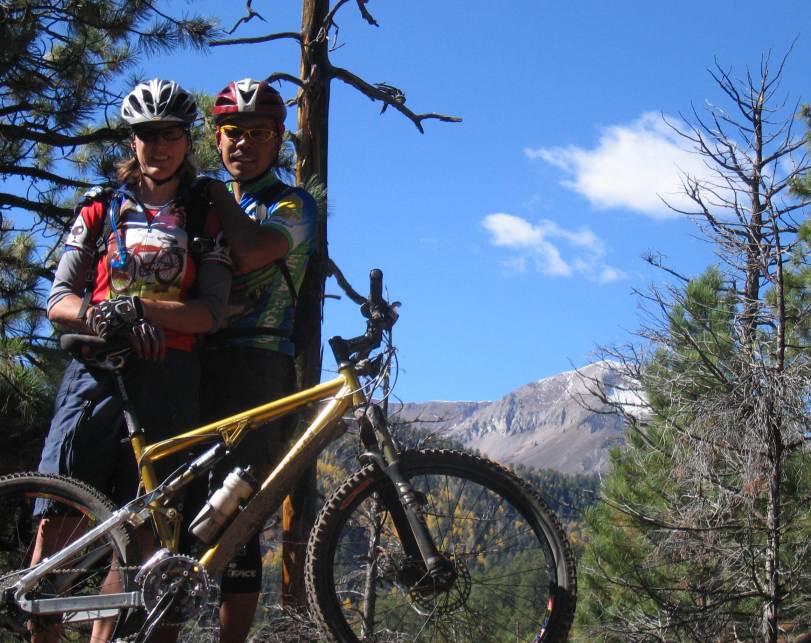 Coming down the CT towards Gudeys Rest is fun! 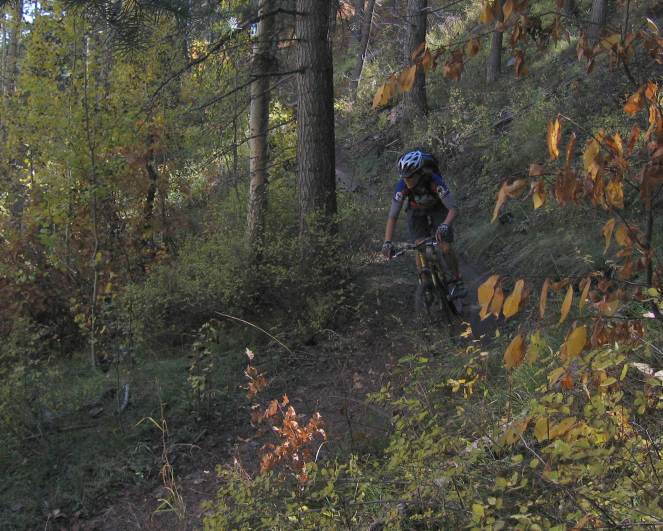 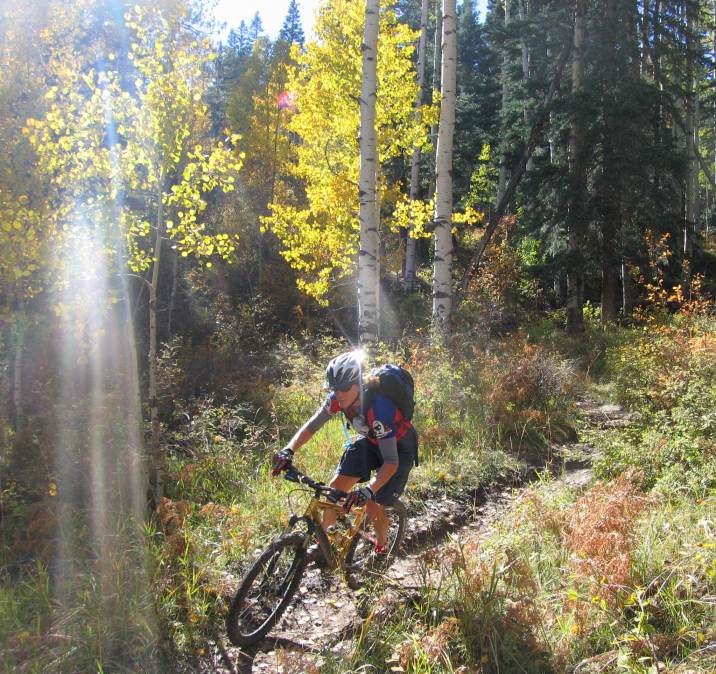 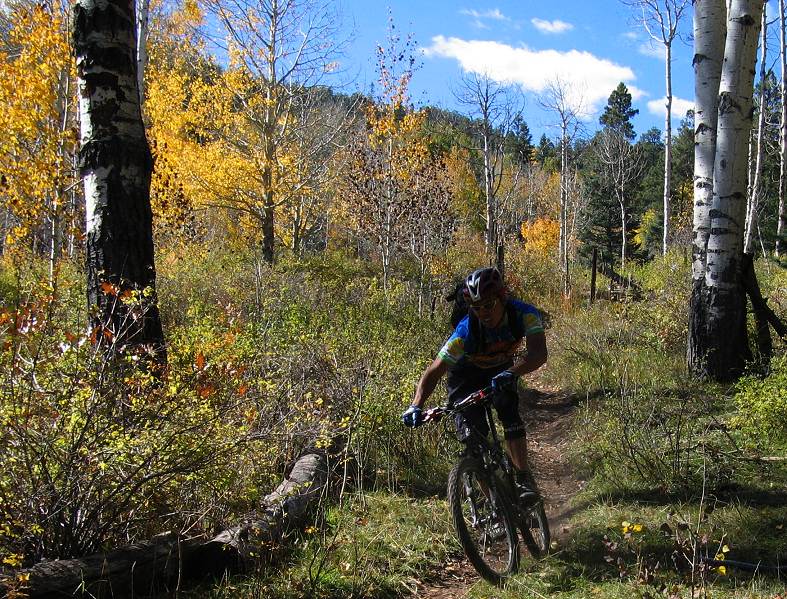 The switchbacks down Gudey’s Rest are also a hoot. We did mellow out on the speed as we figured there would be other users coming up the trail at this later stage of the day. Surprisingly it wasn’t that crowded. 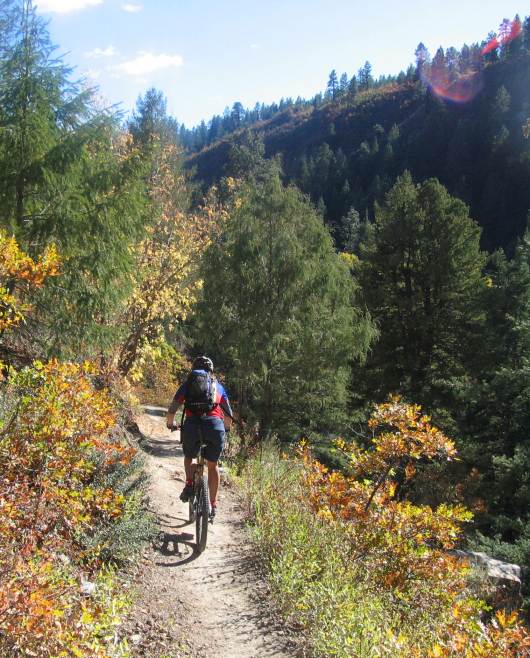 This was a more low-key laid-back ride. Its a shame we didn’t get the high-alpine but we still managed to squeeze in 47.6km of riding with 927m of ascending.

This entry was posted in 2005, bike and tagged Colorado, Utah, utah2005. Bookmark the permalink.