Sometimes you meet a group of people and you just click with them. When Sharon and I went on a backcountry ski trip at Selkirk Mountain Experience we were thrown in with a group of skiers from Santa Fe, New Mexico. I, being a snob, and an ignoramus were prepared to see a cartwheeling pinwheeling mess of gun-toting southerners. Instead, they were the nicest bunch of hard-charging skiers with whom I’ve have ever had the pleasure of crossing tracks. Our side-trip to Salida was at their suggestion.

Salida is a town of about 5,000 people with a great vibe. The people (Tom Purvis and Andrew Mesesan) we met at Absolute Bikes immediately put us at ease and had all the time in the world or dumb tourist questions. Once you are off the State Highway the town itself is not your typical strip of shopping malls and soul-less gas stations; but again, has that positive vibe you get out of healthy, active, prosperous communities. What more can you say about a place which builds a kayaking play hole on the river running through the downtown core?

Enough about how nice Salida is; the trails are also great and with the help of the Salida Singletrack guidebook; we are off to ride the Rainbow trail. Our main goal was to ride the Monarch Crest trail tomorrow so we picked a warm-up ride to get used to the high altitude of Salida.

Here we are the trail head at Bear Creek – route 101 about 4 miles east of Salida and already at 7100 feet to start! 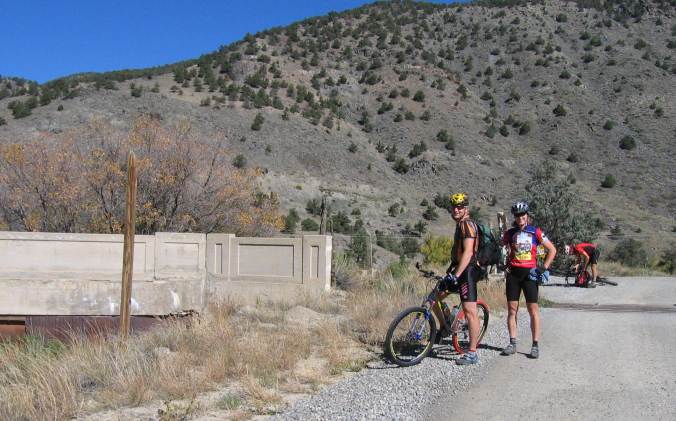 After a grinding sweaty gasping climb fighting for breath here we are at the trail head. I hate to think about riding this high if we’d just ventured from sea-level. 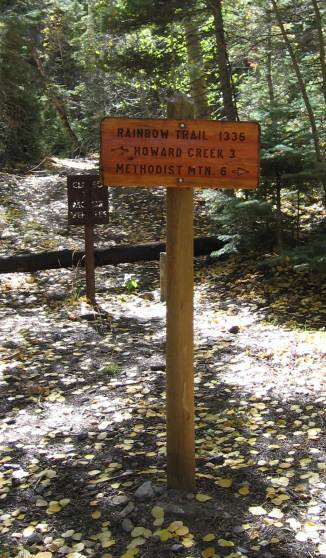 This is the baby butt smooth section” is how the guidebook describes this trail. The description is bang on and Bill likes it! 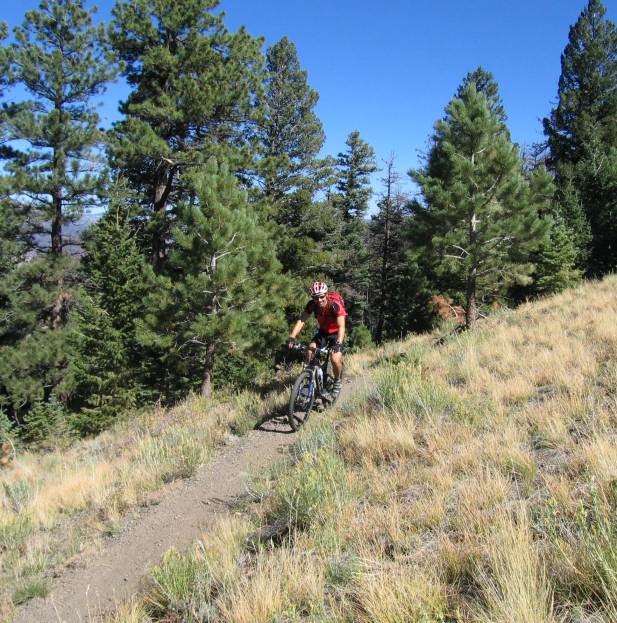 The smooth fast swoopy turns are broken up by various lines where the trail contours back into the hills then cuts back sharply up – Carl charges one of the climbs. 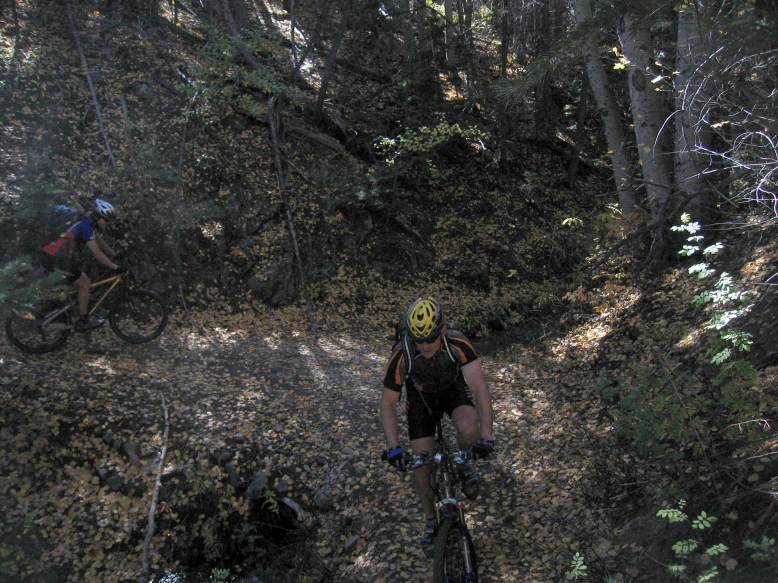 Sharon charges one of the lines through the conifers. It’s too bad we weren’t a week earlier as we seem to have missed the peak of the fall colours on this east side of the Continental Divide. 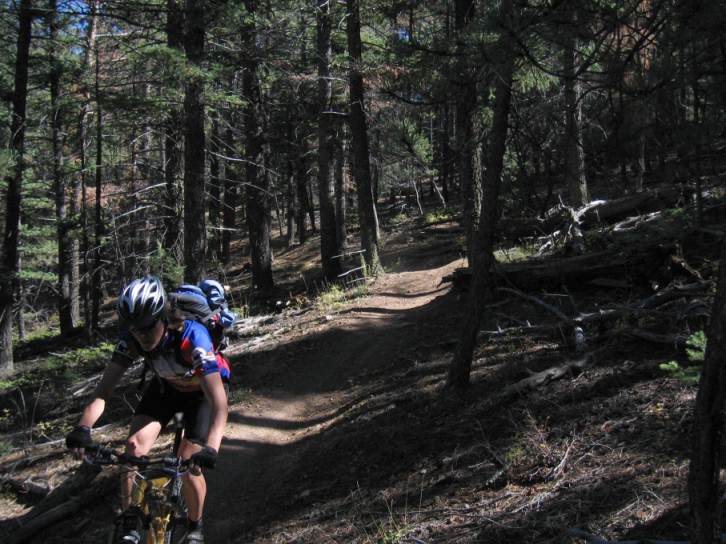 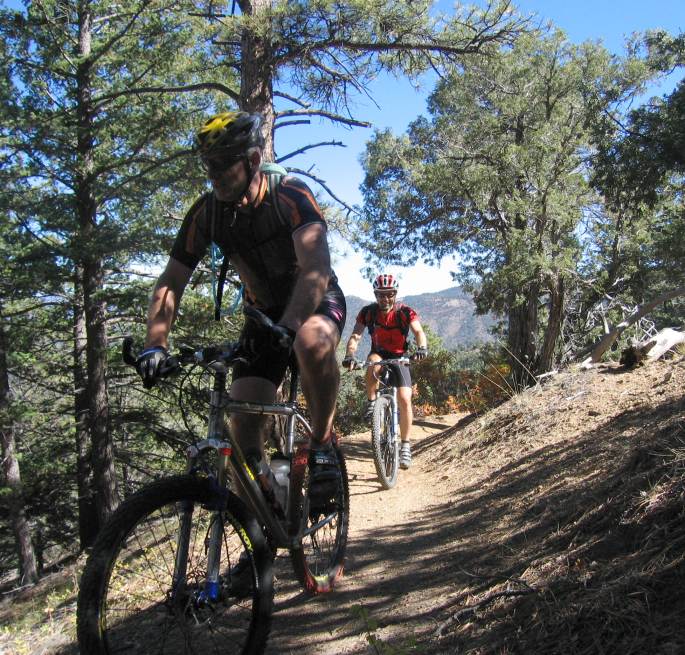 Carl and Sharon close to the highpoint of 9,000 feet and still smiling 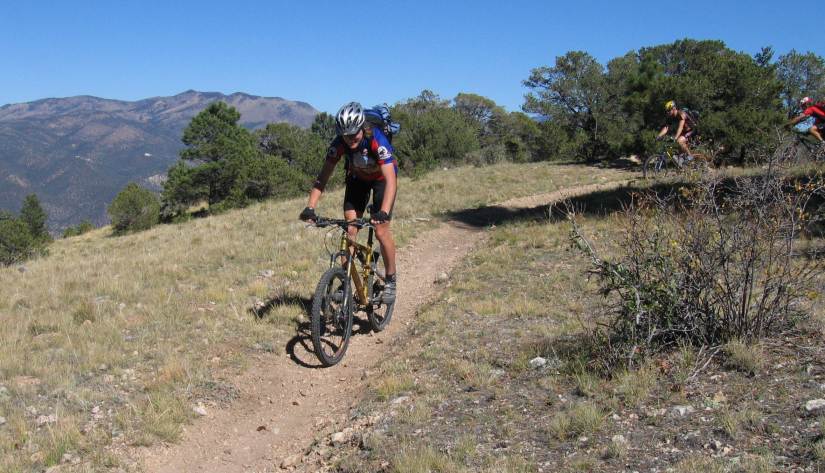 Here’s a view of some big tall peaks from the Rainbow Trail. If we were in Canada – the trail we’re standing on would likely be covered with snow most of the year if not year-round. The peaks in the distance would all be glaciated. The sense of scale one has in the US Rockies is completely out-of-whack for us Western Canucks.

Here is the end of the Rainbow Trail section before it starts climbing again west to Poncha Pass. For lovers of gratuitious doubletrack babyhead rocks there is also the climb to Methodist Mountain at well over 10,000 feet. We decline as apparently Salida has very good local brewpubs.. 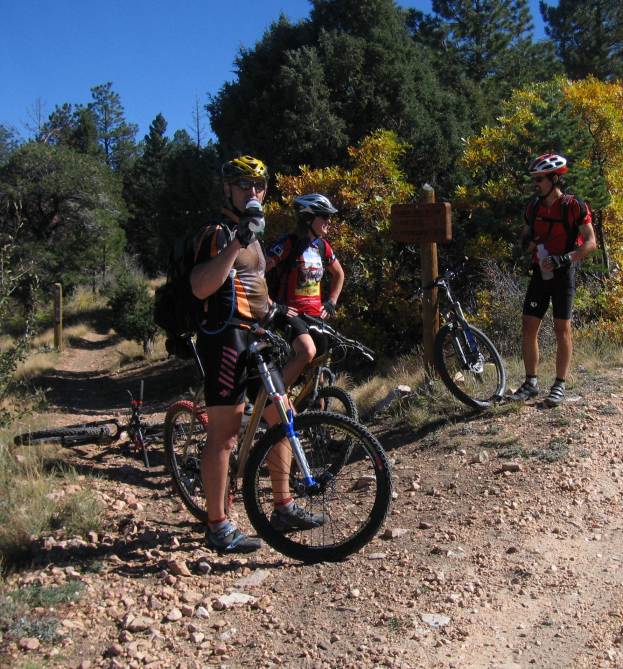 You want to watch yourself on the loose doubletrack descent as you surf the rocks; not only is it loose; but cars of pinon-nut pickers are parked all over the place. Here comes Carl and Bill 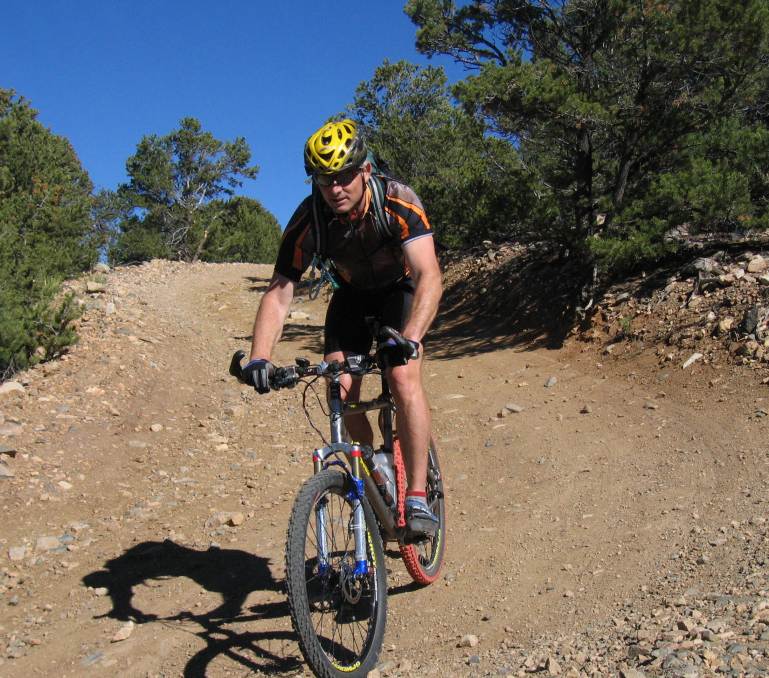 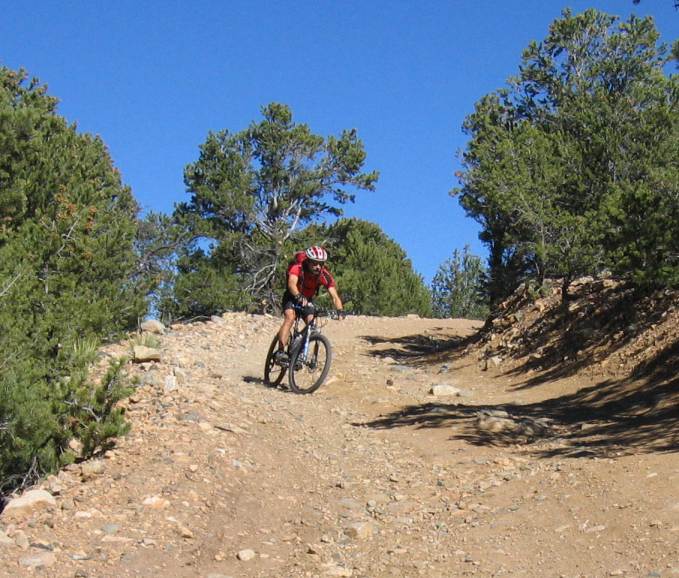 Bill’s graph. I can’t say that I could ever put together this kind of detail

Here’s some fantastic mapwork. I wish we had equivalent data for Canada.

This entry was posted in 2005, bike and tagged Colorado, Salida, Utah, utah2005. Bookmark the permalink.