No pictures today. More rain in the night means crusty conditions everywhere. In a vain attempt to find some touring we head off to the Three Doors area. Unfortunately no-one can be talked into a tour. Not all is wasted though as we decide to get a refresher snow pit and snow science course from Rupert and Jonny. We then end the afternoons’ ski with some bracing crust-busting practise down the slopes of Three Doors.

Not all is lost though. At about 4 o’clock it starts snowing hard! At 4.30 I manage to talk Jonny into a quick ski; 45minutes and 450m later we are at the top of Ruby Basin; get a quick ski down one of the steeper chutes to the west of the ridgeline with untouched tracks and enjoy some nice skiing on the approximately 5 – 10cms of new snow and are back at the lodge comfortably in time for dinner by 5.45. No headlamps required. Thanks Jonny!

The new snow fills the group with some reason for optimism. My proposal to do the entire family “Burn Me Sweetly/Jasmin/Big Mama/Little Brother/Little Sister” in one quick day is rejected. So is the proposal to summit either Rugged Peak or Big Sister. So we plod on to Little Sister. Although there’s new snow, high north-easterly coldish winds have also scoured the north facing slopes we skied before. Luckily there’s still some good skiing to be had on Little Sister.

Hamish on the ridge heading to Little Sister Peak

Bill gets a nice set of turns going in the trees down Little Sister. 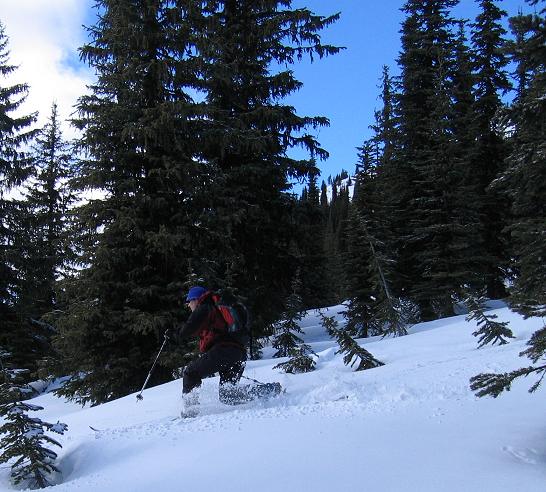 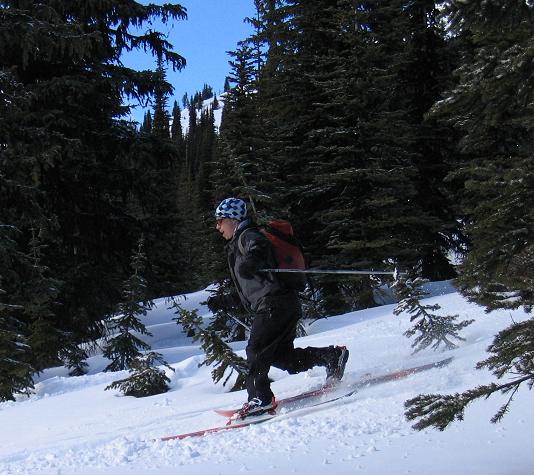 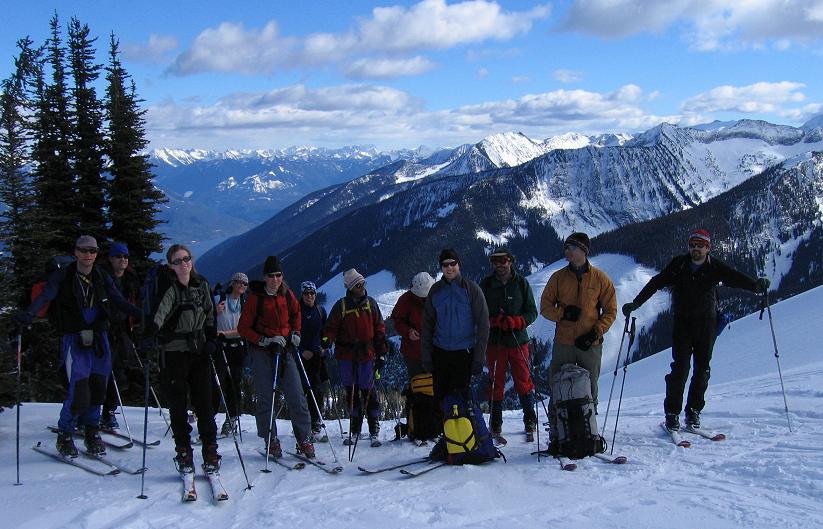 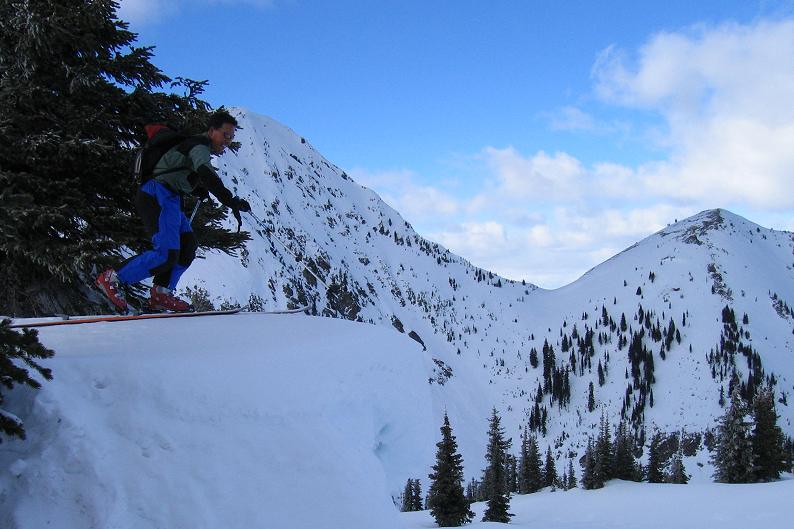 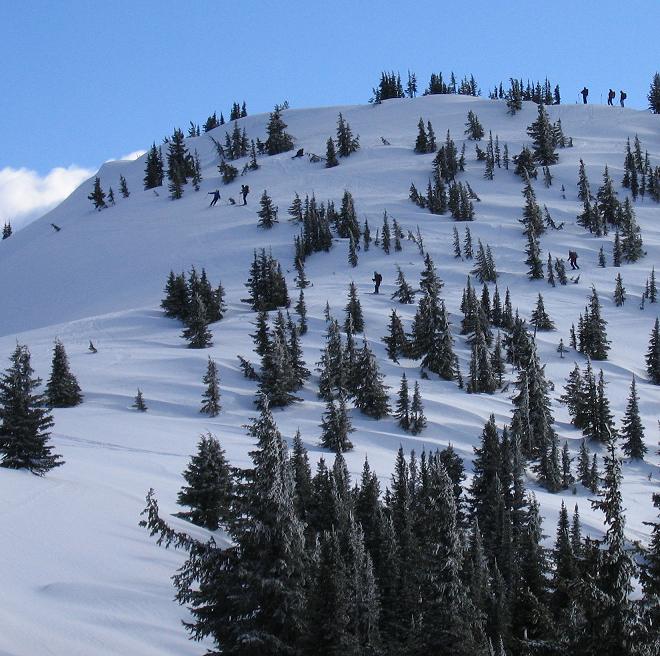 Unfortunately, it never does get warm enough for the snow to corn up and without crampons, the summit of Big Sister is out of the question.

We settle for some very fast dust on crust skiing down a shoulder of what I think is either Little Brother or Jasmin. Since Jasmin is a pretty cool name, that’s what I’ll call it. Here goes Paul 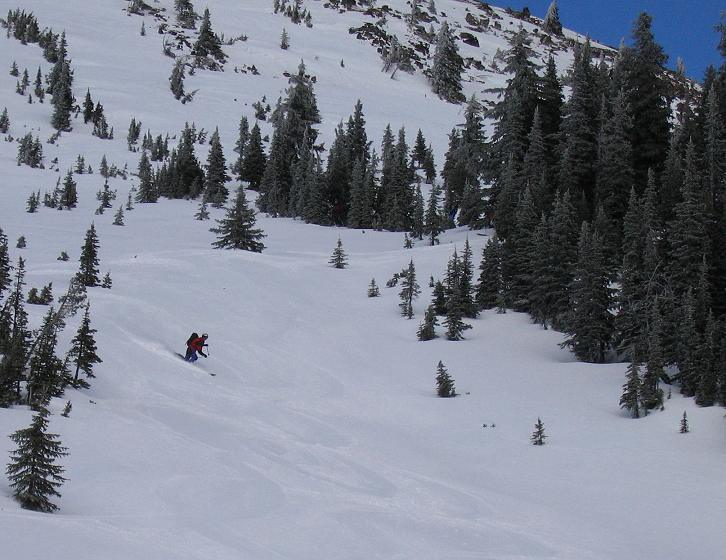 Justin on the same slope 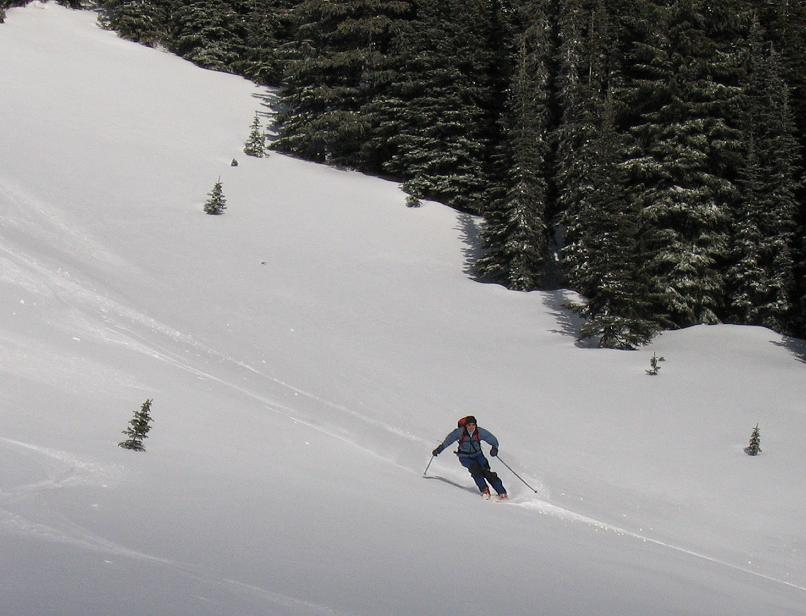 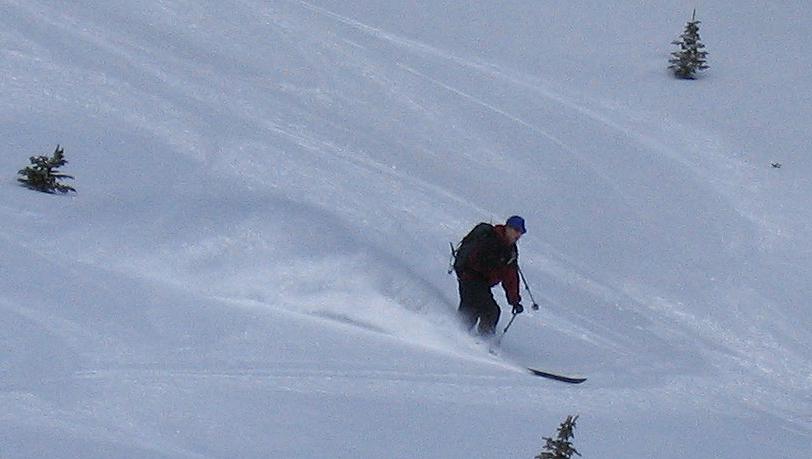 Hamish throws in the towel on tele turns and paramarks with perfection. 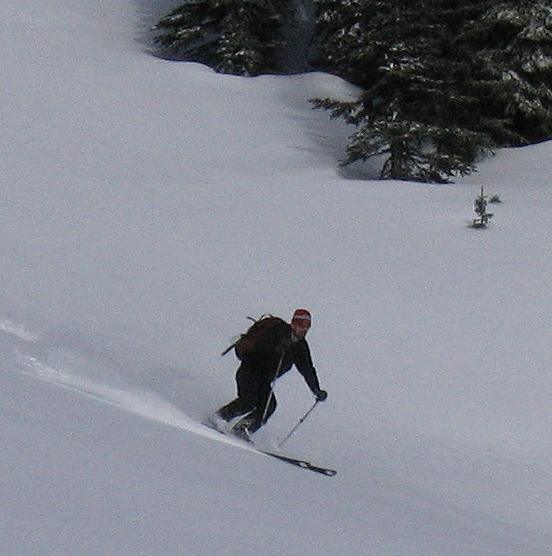 Lee playing slalom with some trees 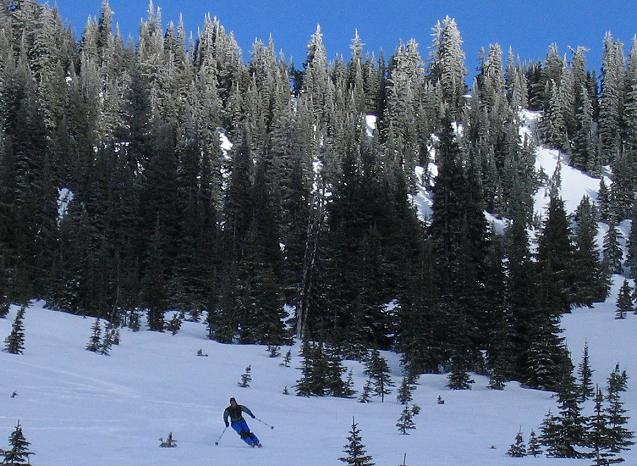 Despite a binding-ski interface failure which ends with Rupert doing a one-legged ski-out we get out safely with no-one falling into the creek.