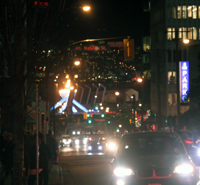 Vancouver During the Olympics
We headed down to Vancouver for a few days to see what was up! Walked around one evening and biked around the next day. 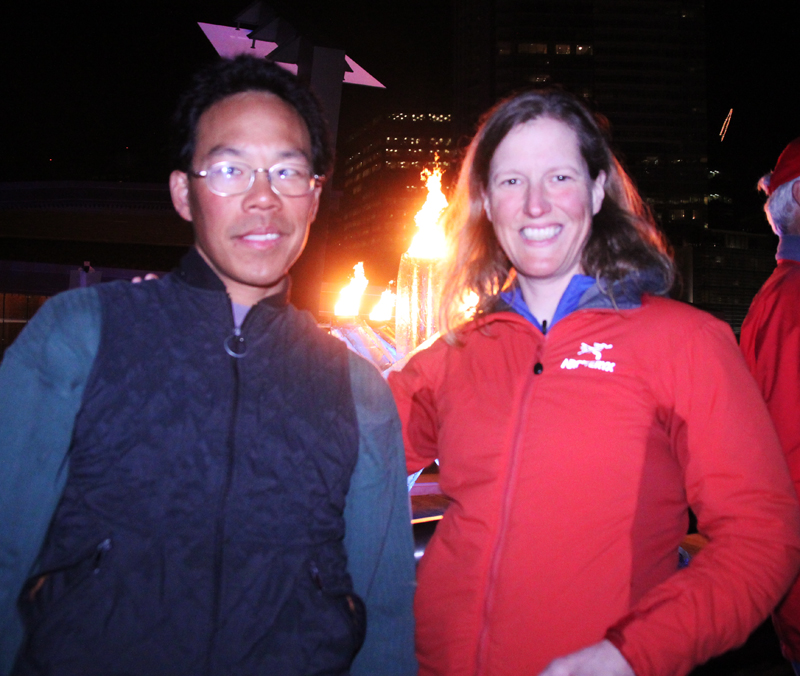 The Olympic Cauldron from the viewing platform. 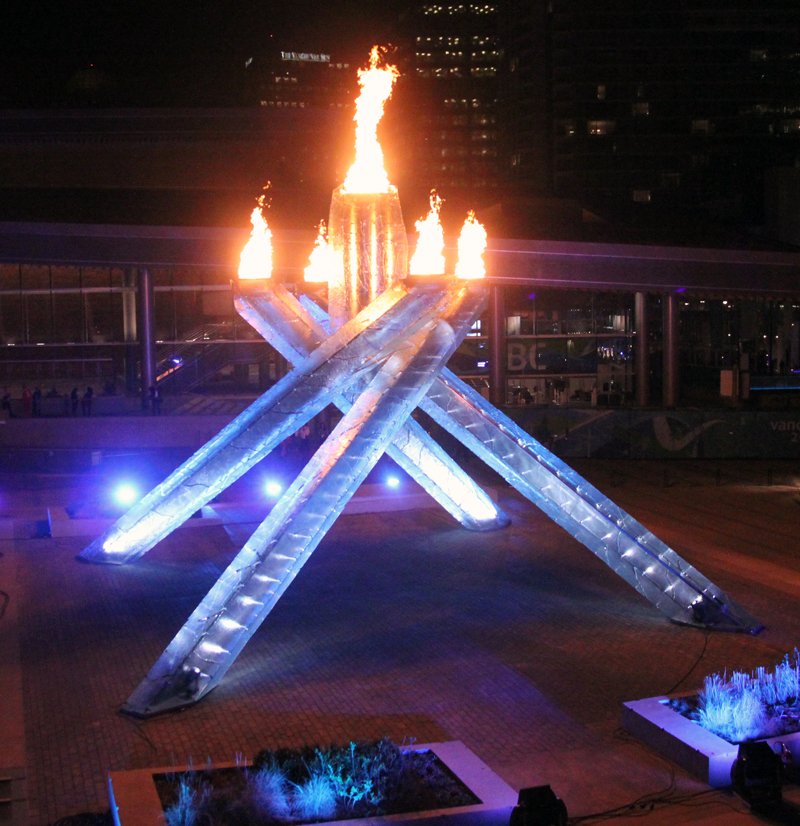 Near the Cauldron, lots of people! 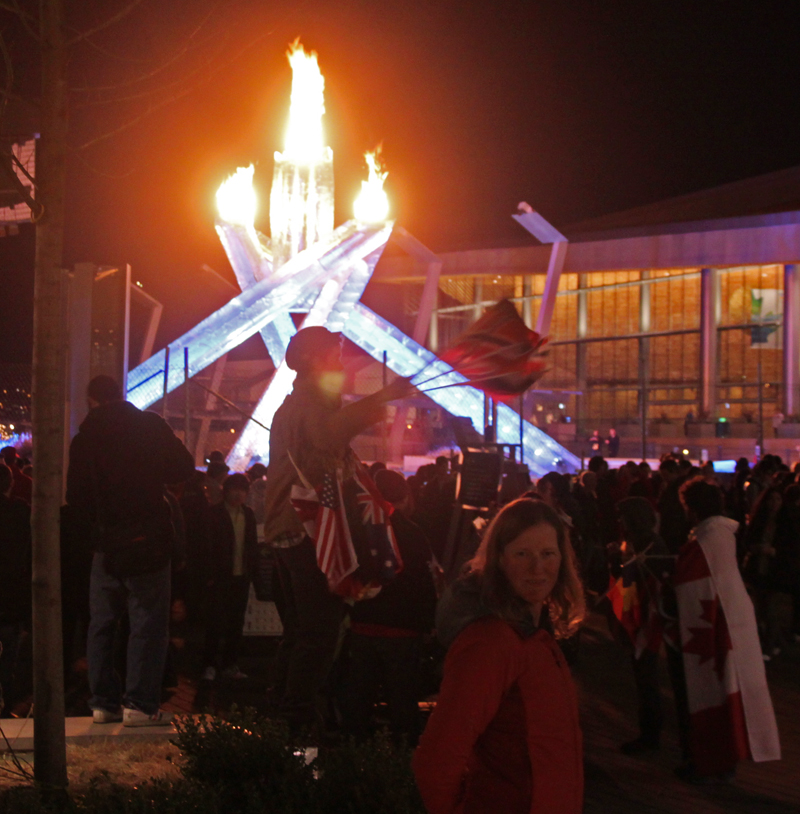 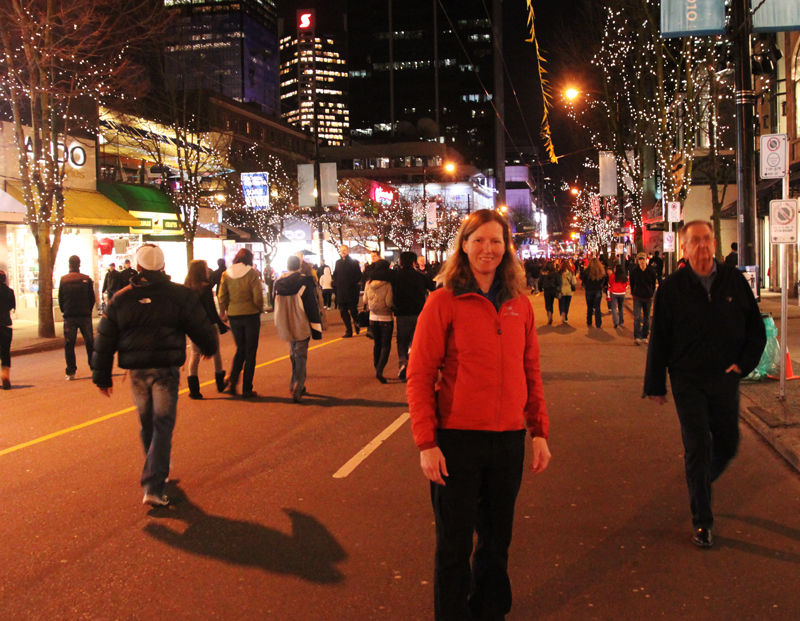 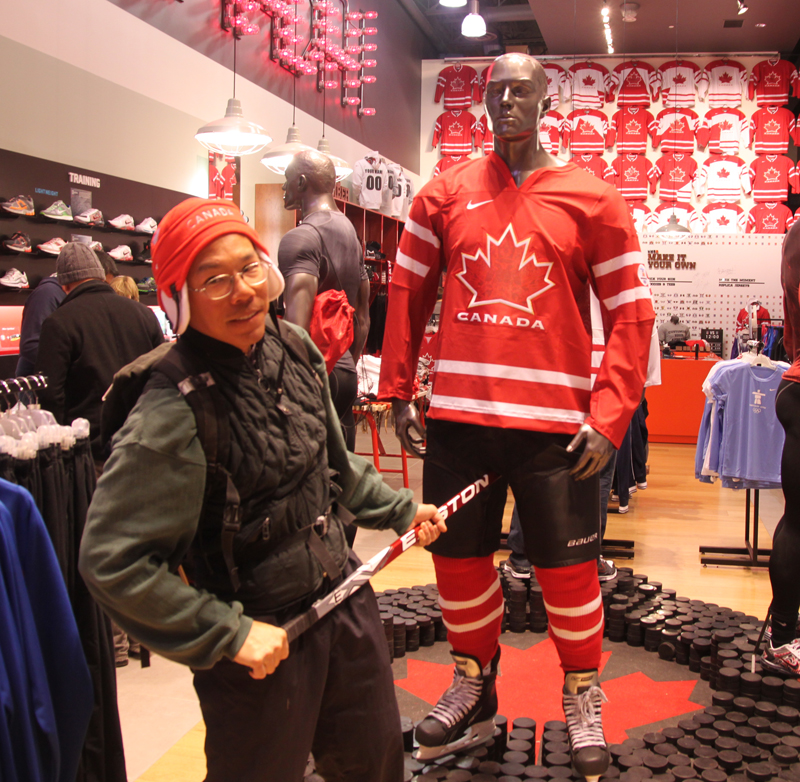 Cool building decorations and no cars! 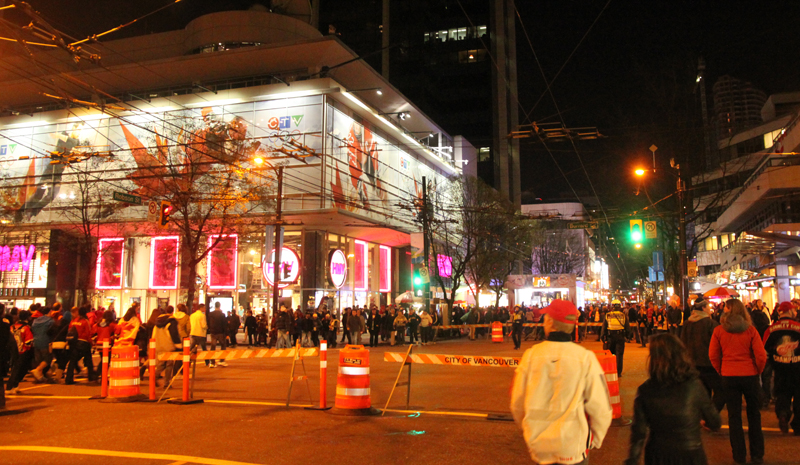 Lots of street entertainment on the closed streets of Downtown Vancouver. 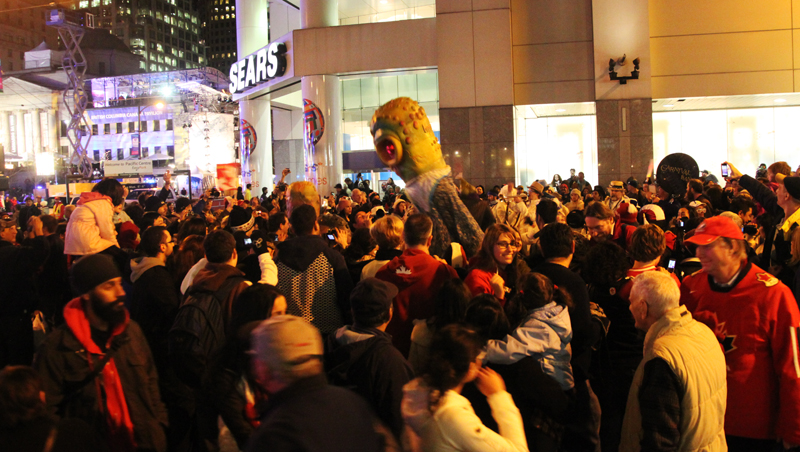 Approaching Robson Square. Ice skating and entertainment during the Olympics. 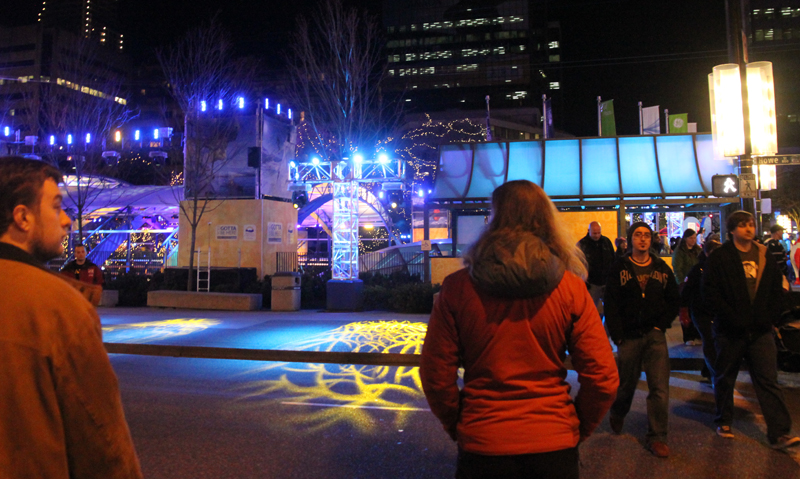 Viewed from the Vancouver Archives near the Planetarium.

Molson Brewery – each square is a head shot of people.
Pretty cool.

We got to Livecity to watch Ashley McKivor win GOLD! 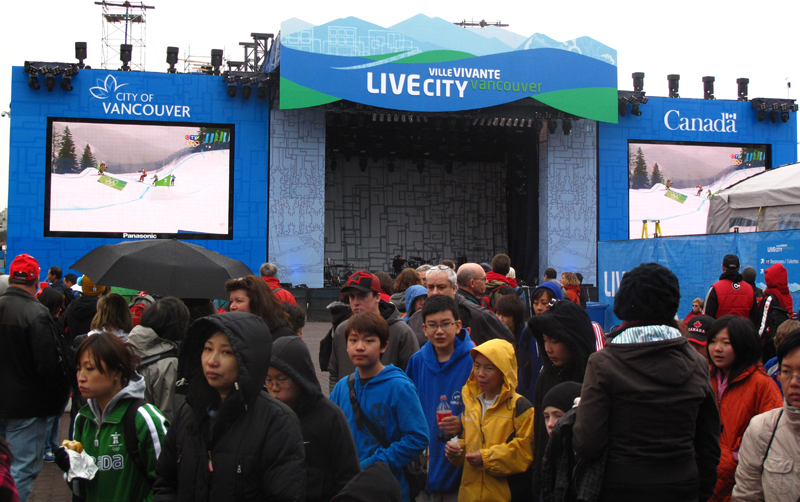 Dressed for a bit of rain riding near the Olympic Cauldron. 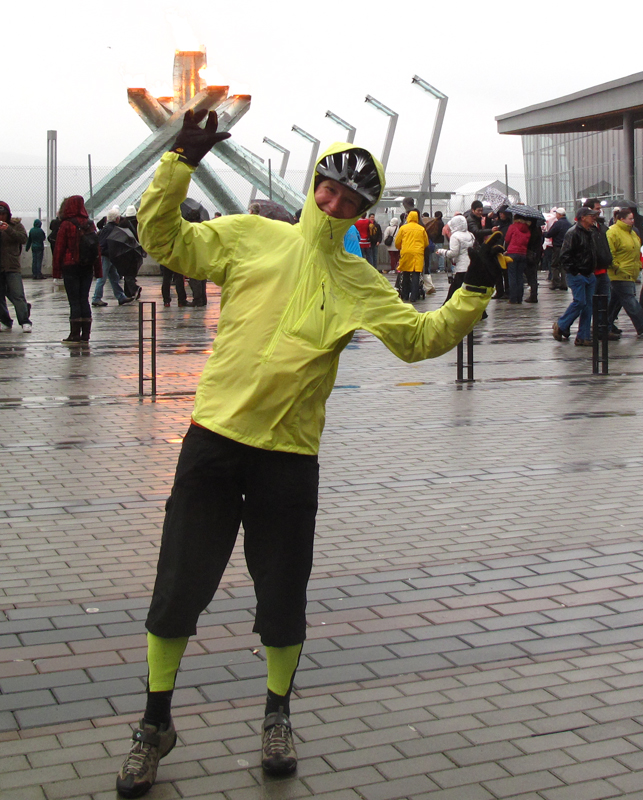 Typical Vancouver day during the Olympics! 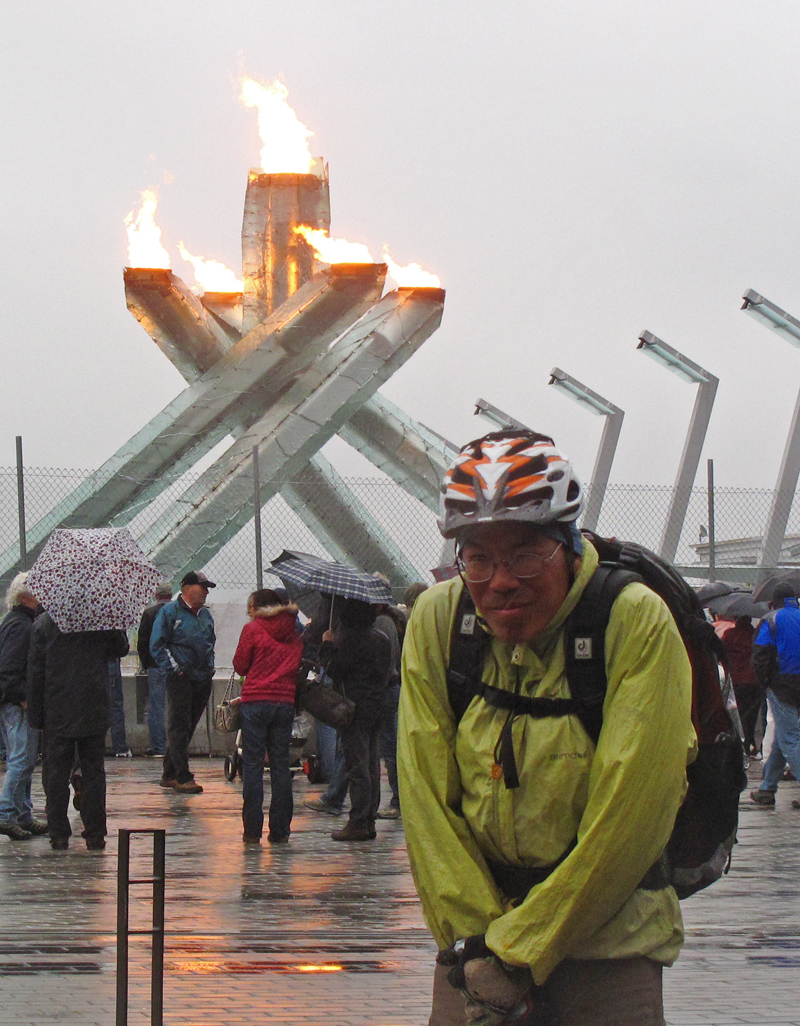 This entry was posted in 2010, Olympics and tagged vancouver, vancouver olympics. Bookmark the permalink.