Another 16cms of new snow sees us skiing on the lifts. Its unlikely that the alpine will be open due to high winds so February 6th sees us at Blackcomb. That mountain tends to have a little more variety when the top lifts aren’t open

Sharon in the trees at CBC 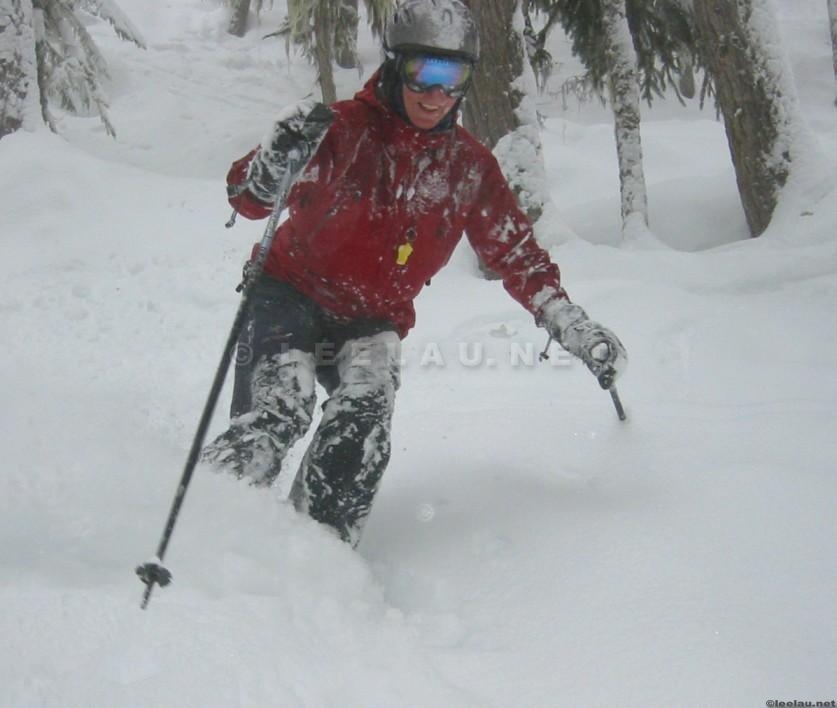 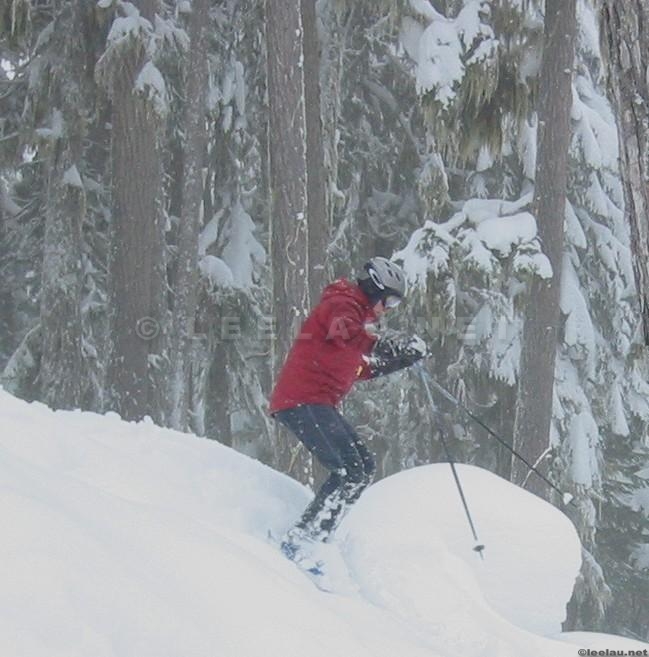 Hooking up with PD to ski is always a lot of fun especially because he’s so smooth. PD has had 4 straight days of skiing under his belt but he doesn’t look too tired as he airs out this gapper. 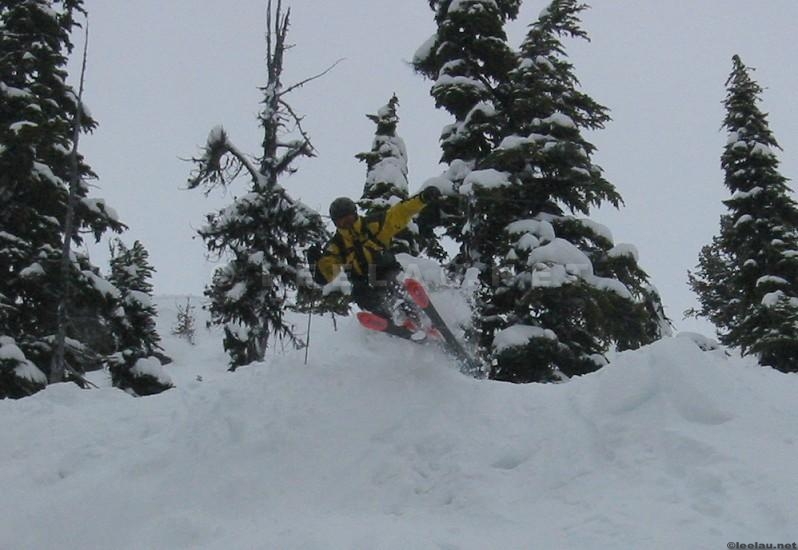 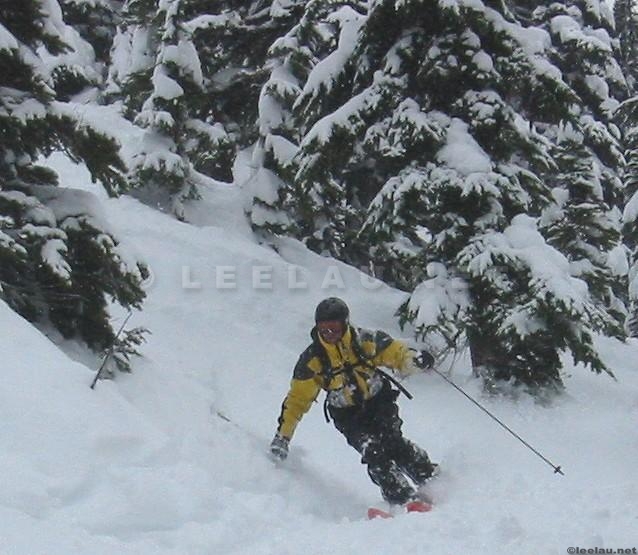 The Glacier Chair opens up just in time for us to catch some last runs. Unfortunately high winds and blowing snow make for lousy picture quality so the only pictures are of Sharon coming down CBC after the short hike. 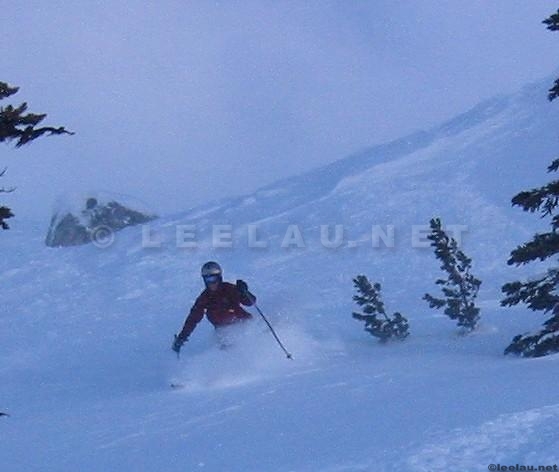 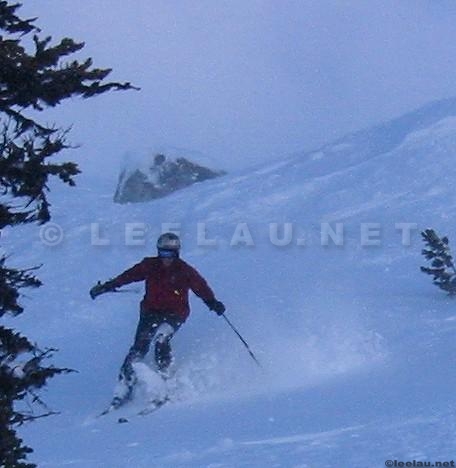 The next day dawns crisp and clear and we’re off to Whistler. We’re on Harmony almost as soon as it opens and Sun Bowl gives up fresh lines for Sharon. 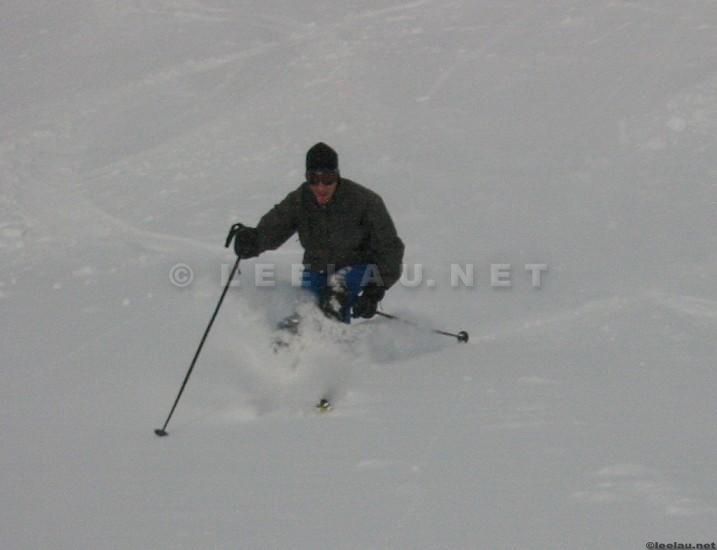 Shortly thereafter, the Peak Chair opens. We brave the half hour line-up and hook up with some friends for some fresh tracks down Khyber Pass. 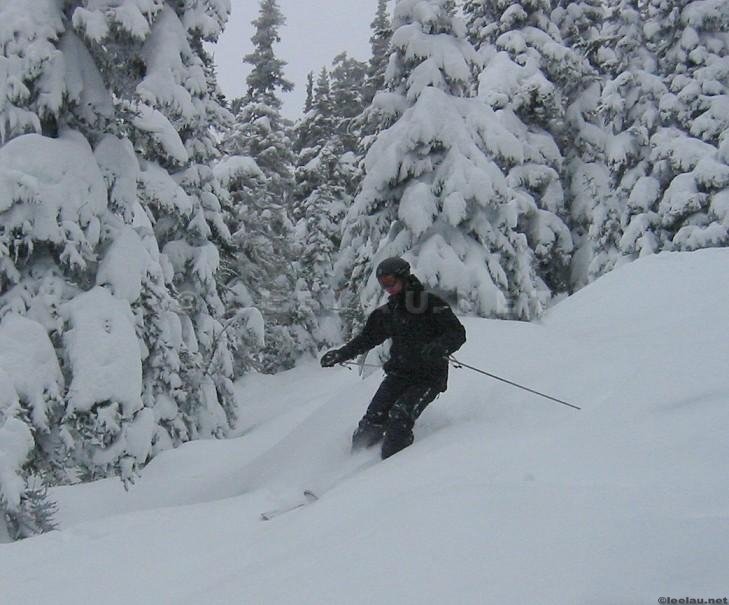 It turns out that we’re more than a little offline having gone south from the warming hut at Million Dollar Ridge. At this point, we’re skiing down to Cheakamus Lake and I must note for the record that Sharon is the only one who apparently had a sense of direction that day. 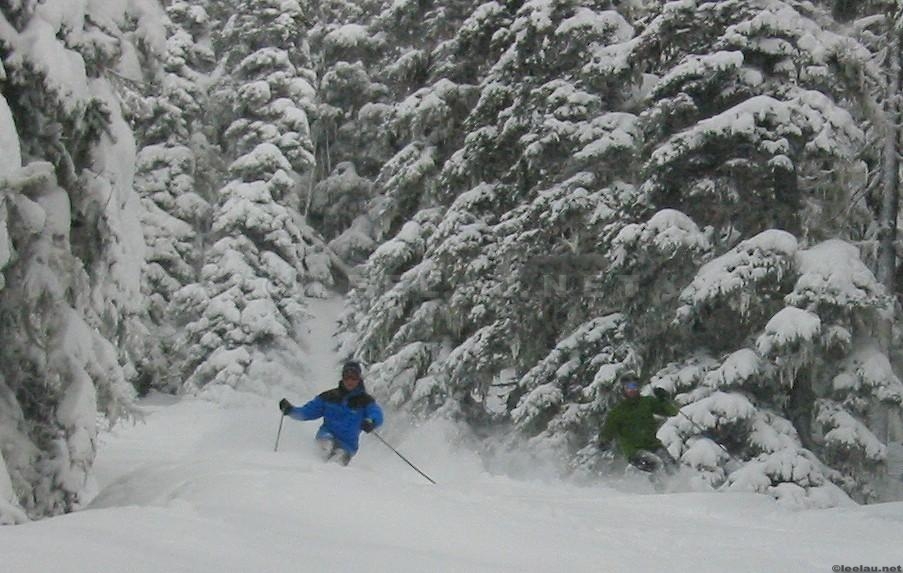 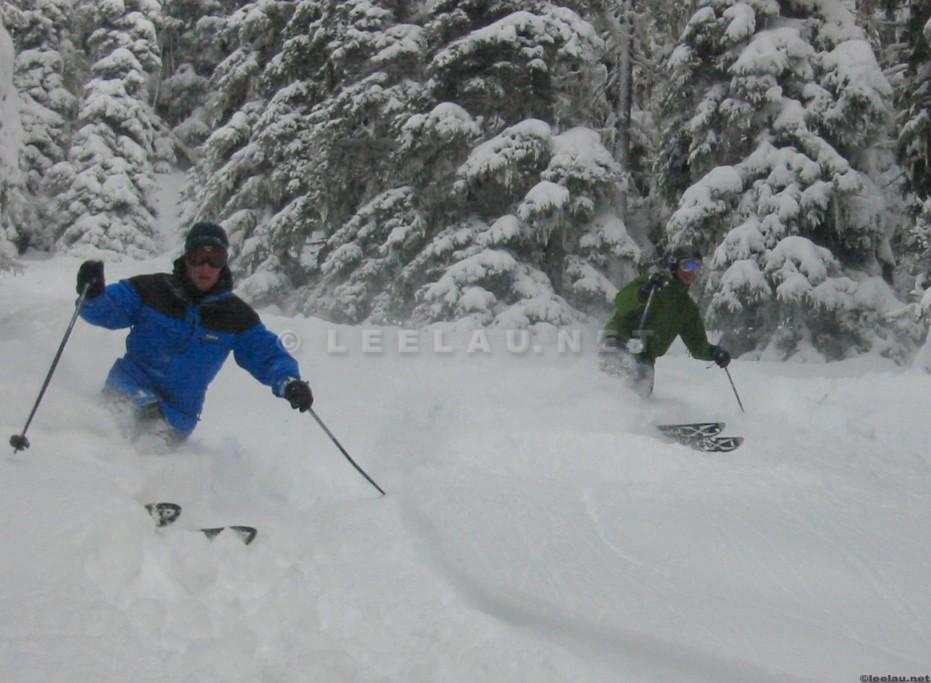 By the time this picture of Steve is taken we’re pretty sure we’re off-track. This isn’t detracting from Steve’s line though. 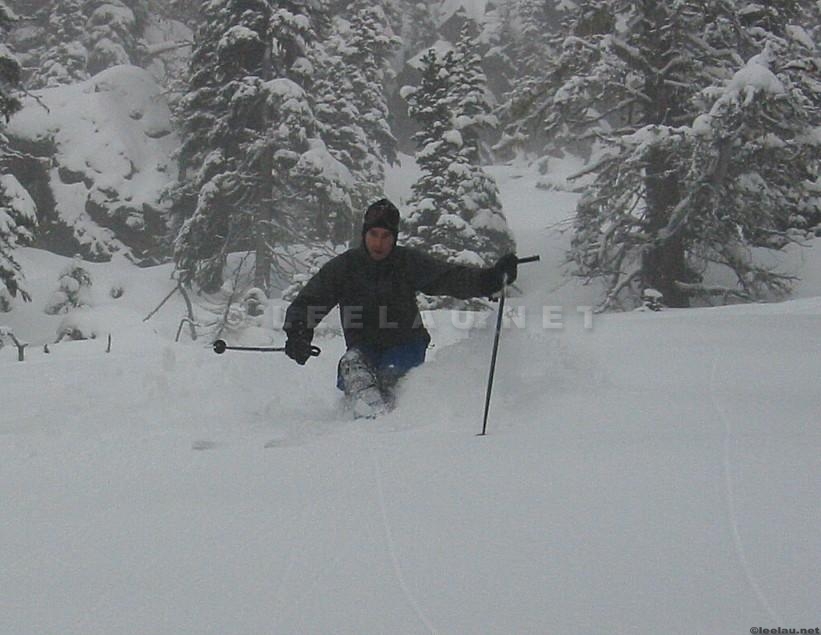 For anyone thinking of taking the south line off Million Dollar Ridge to Cheakamus lake. DON’T. The bottom section is annoying, has a ton of windblow, and the snow gets to be like clam chowder at that low altitude. The exit is about at km 7 on the Cheakamus Lake road. After a long pole and ski-out and a few cab calls later to get back to the lifts we’re back on track. The rest of the day is uneventful (thankfully) and the next day promises to be even sunnier and warmer. 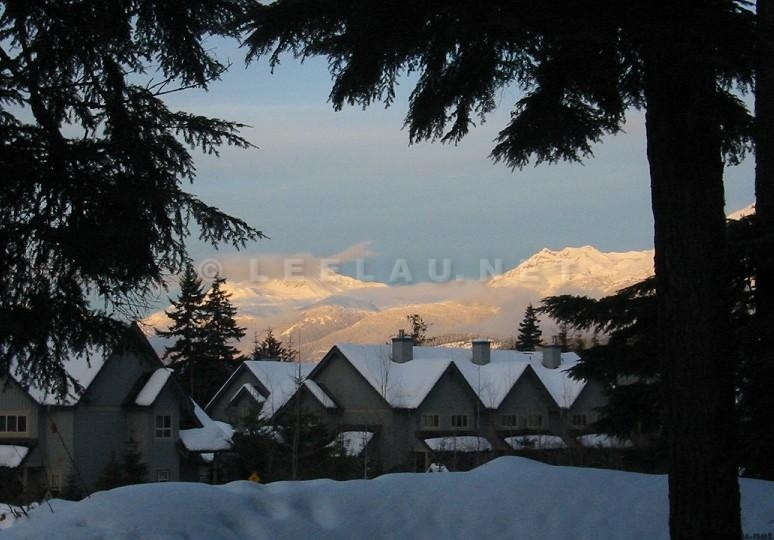 This entry was posted in 2004, ski and tagged blackcomb inbounds, whistler inbounds. Bookmark the permalink.