A big storm hit Vancouver on Wednesday the 15th as two big systems battled it out over Vancouver. Record-breaking rainfall and 140 kmh winds brought down trees, cut off power, and melted our igloos. Meanwhile skiers laughed and burned offerings and praised Ullr for all gifts.

With 64 cms new in Whistler over the past 48 hours we cancelled our Baker opening day plans and headed to Blackcomb to raid Mother Nature’s private stashes.

Jon and Brian at Lot 7 gearing up. 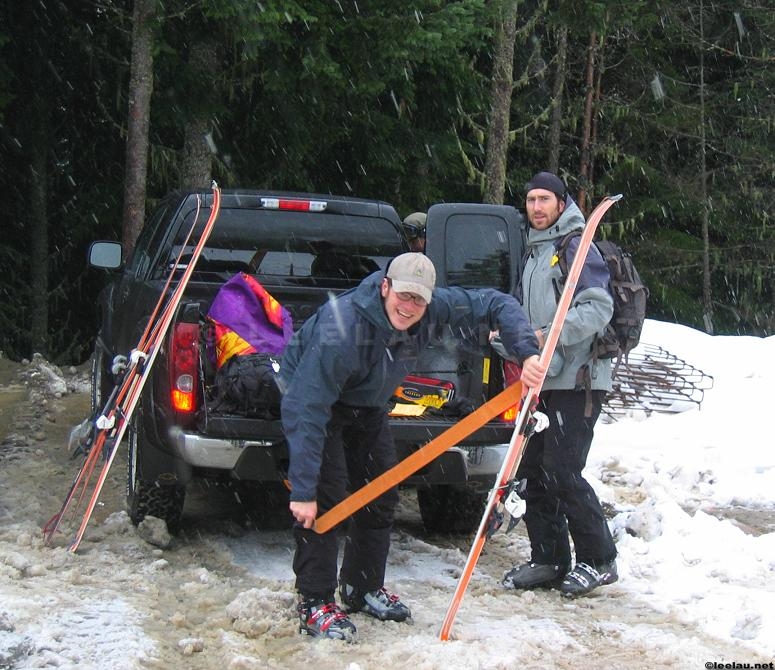 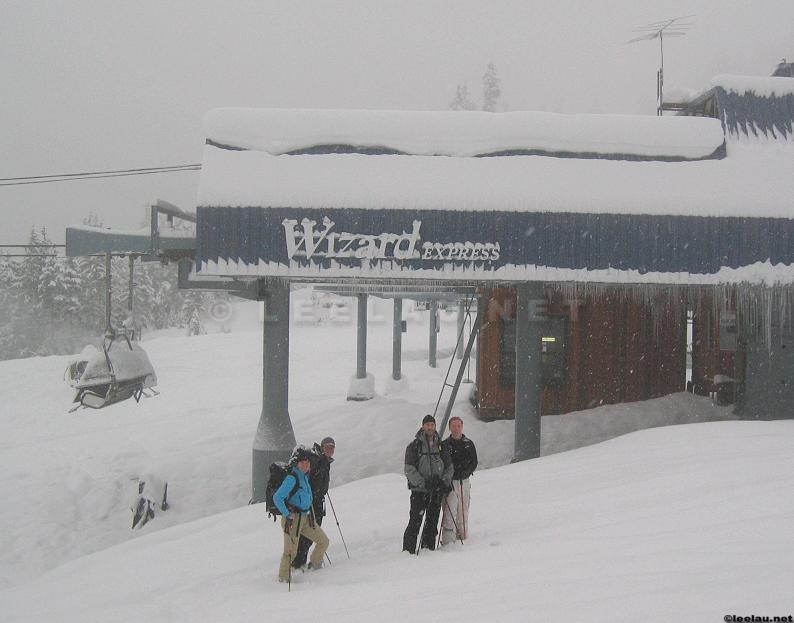 550m past that and here’s the friendly Catskinner. 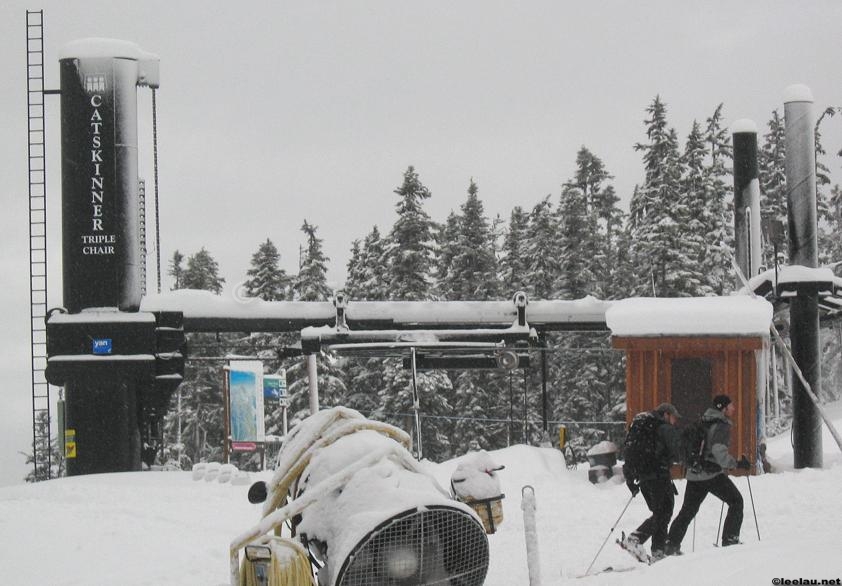 Then up the access road to the top of Catskinner with a view of Whistler across the Fitzsimmons valley in our background. Looking good and anticipation grows. 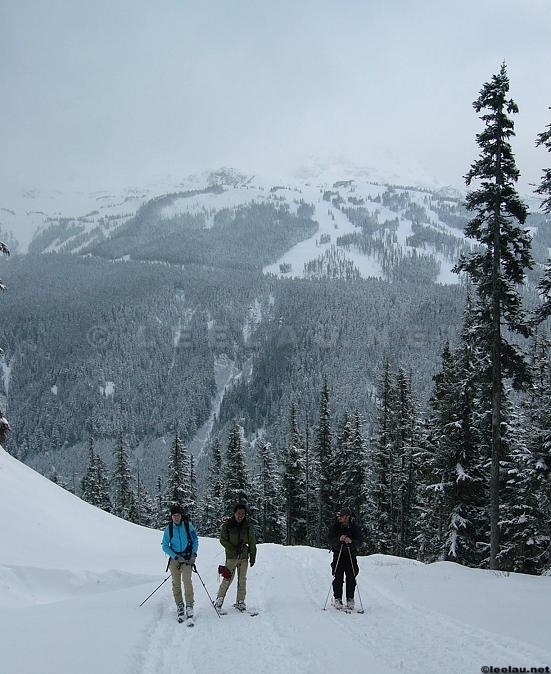 Jon is rewarded for his sacrifice of bacon fat and a truck to the gods of snow. Are we missing Nelson yet Jon?? 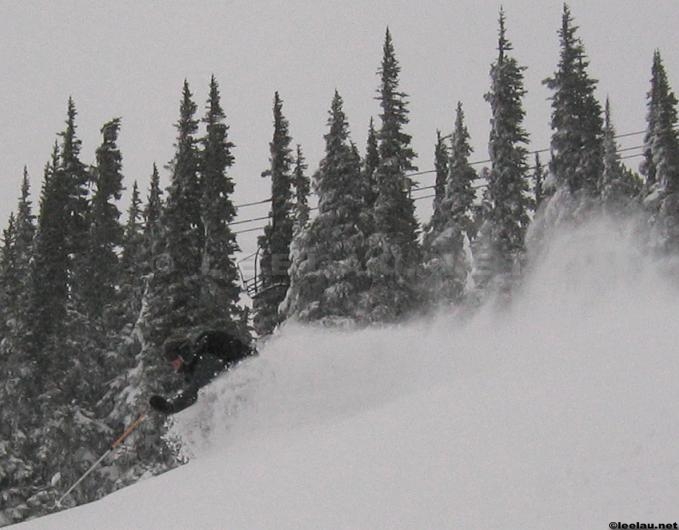 Brian showing that he’s forgotten all Gordy’s painfully taught drills. Get that back hand up Brian! 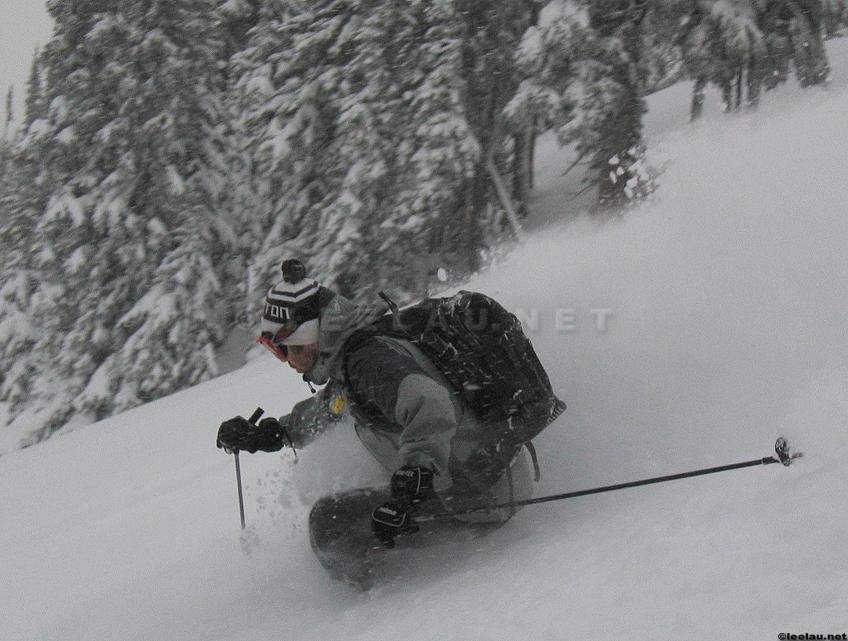 On her first touring day, Maya finds out that it really really is all worth it. 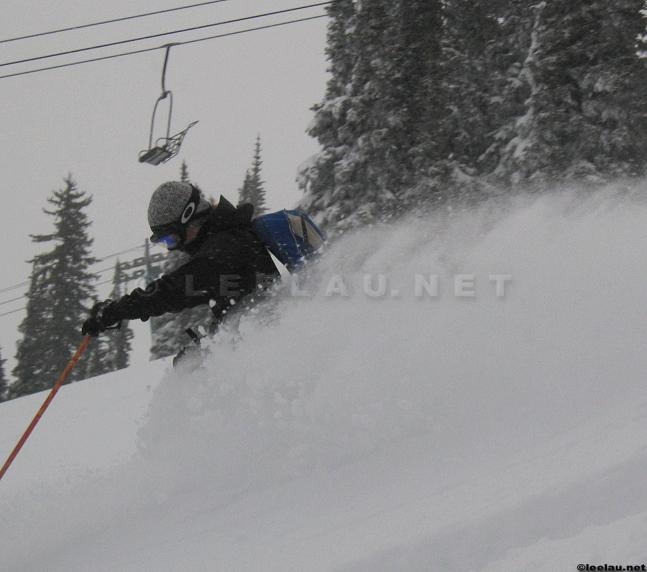 Sharon, back in the saddle again 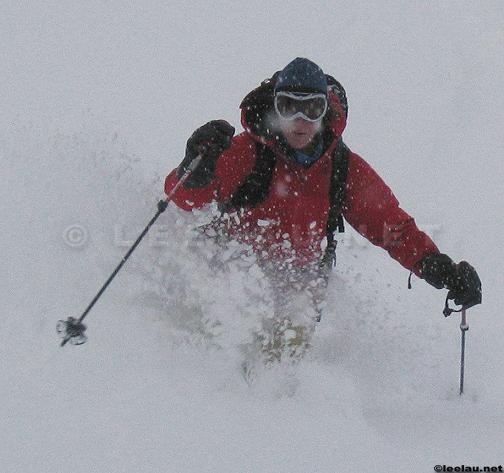 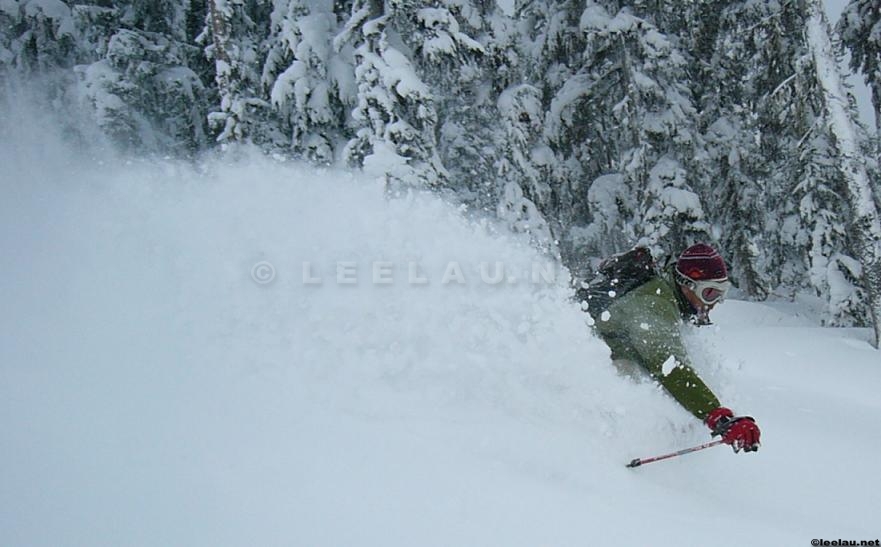 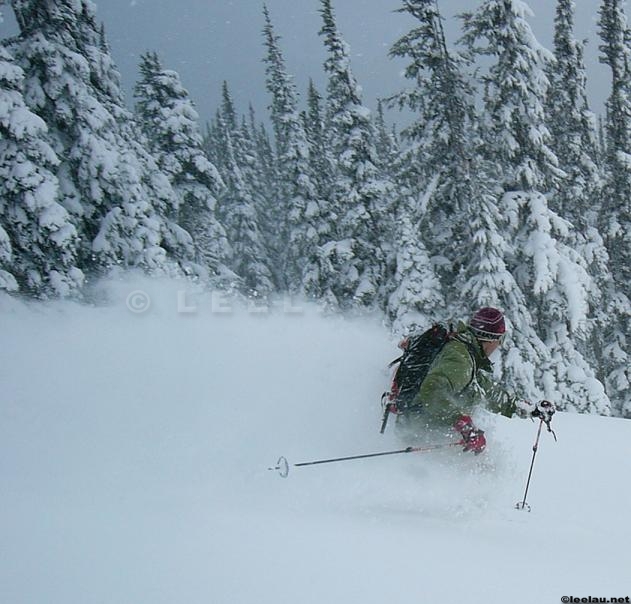 The rain crust deterred me from trying any touring. Well, to be perfectly honest, the thought of skiing some Whistler gnar with that much new snow with my good friends also helped me make the decision to use my pass and get my first day in. Hit the tram at five to 8am and we’re still lined up outside the corral. It’s going to be tough hunting dicing it out with all the locals. Luckily there’s lots of fresh meat still stumbling around trying to get their first legs of the season so powder hunting goes well. 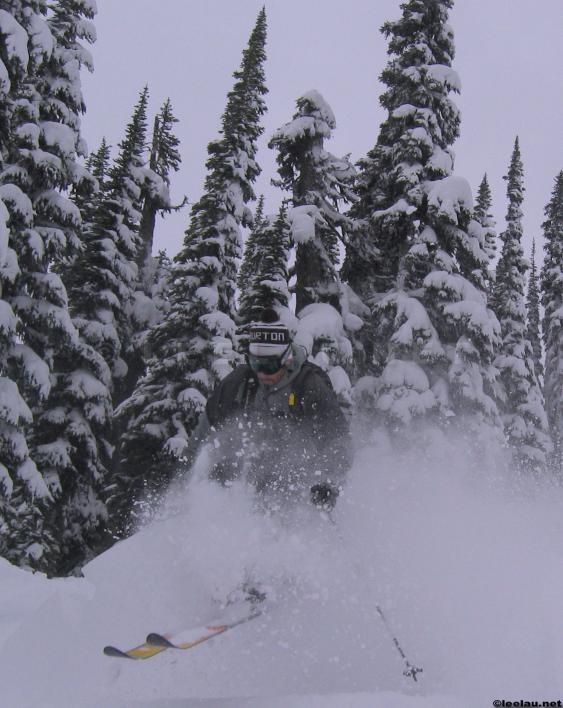 Sven in Franz’s meadows – “this is more then Ontario gets in a whole year!!” 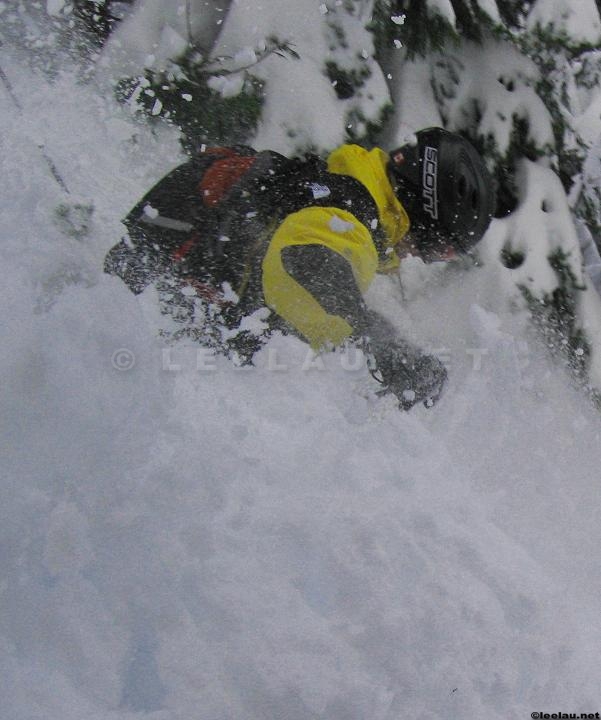 Ian, one of the finest photo sluts I’ve even had the pleasure of skiing with – ladies and gents, please note that jacket color selection is VITAL for good photos in this neck of the woods. 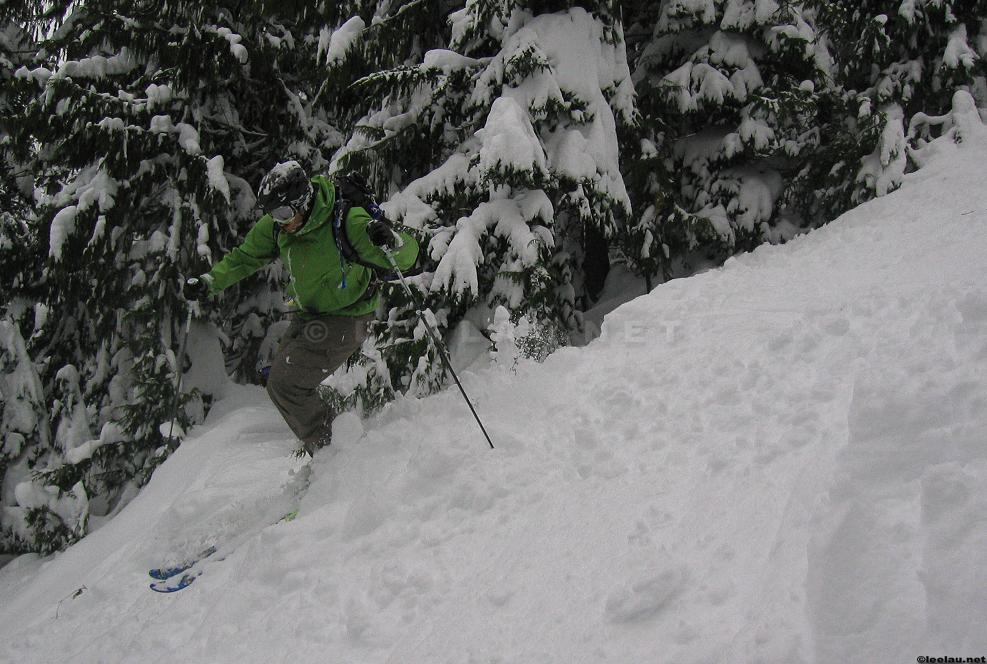 Did I mention that Ian knows how to photo – slut? 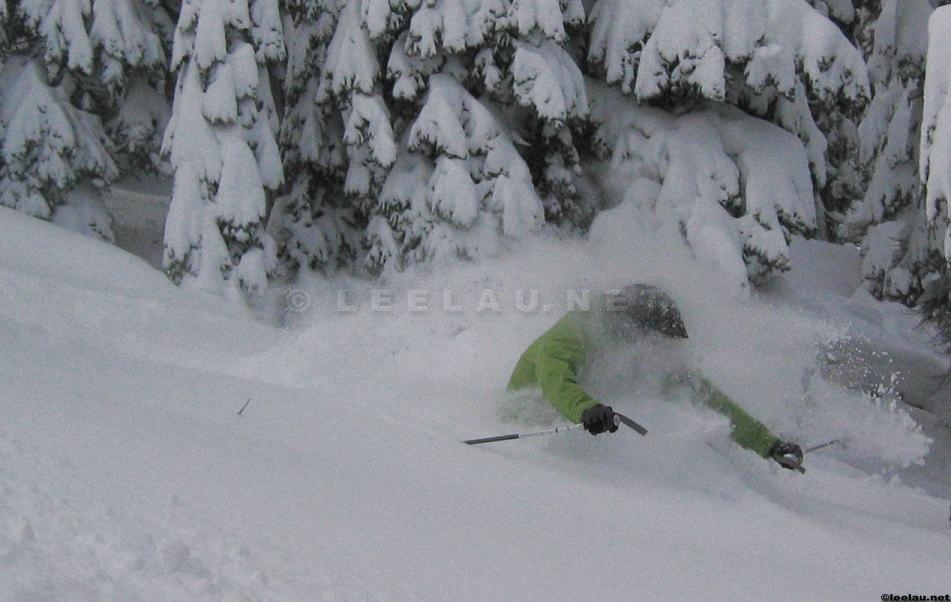 I rarely ever get pictures of Toby. One reason might be that I’m always far far behind. 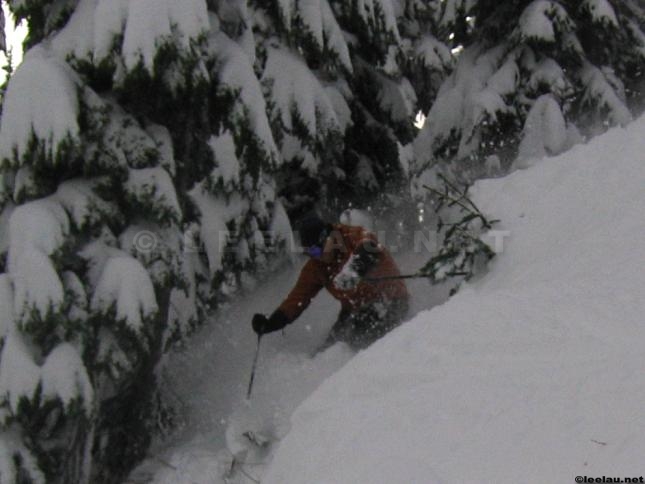 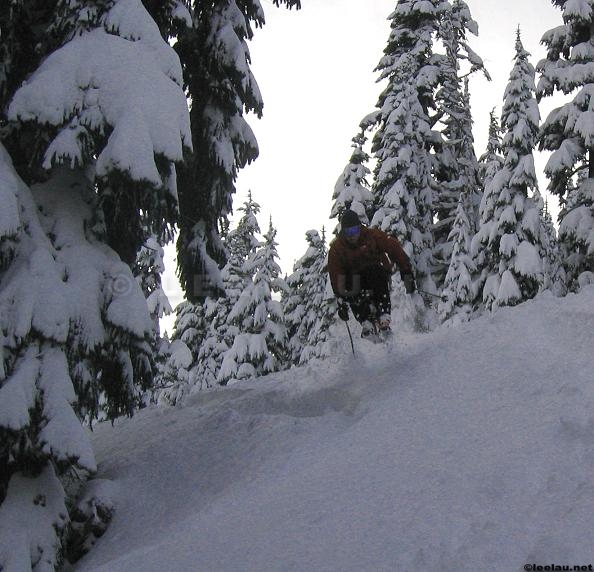 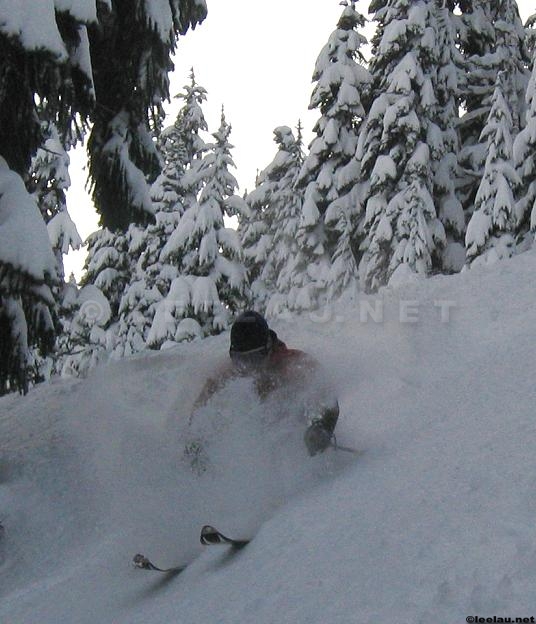 I never did get pictures of Yarra with his racer-steeze on the Bros or of Tim doing his hop along imitation after blowing up his Gotama toepiece.

This entry was posted in 2006, ski and tagged blackcomb, whistler inbounds. Bookmark the permalink.