After some horrible weather (rainstorms and the like); it appears that winter is coming back to Whistler. 10cms of new snow is reported but with wind transport, it skis like quite a bit more. We stayed inbounds all day and were rewarded with decent conditions. 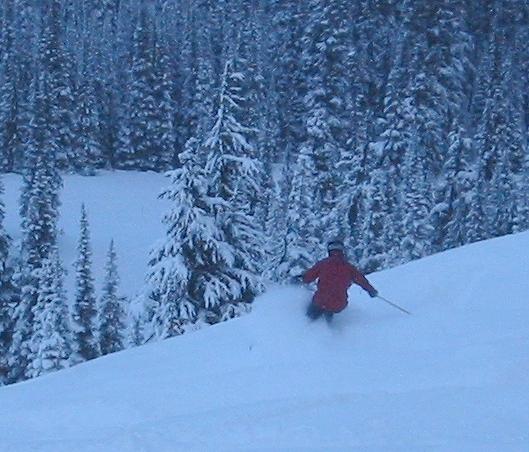 Then we met up with some friends; covering the age spectrum from the old(er) (Bryce) 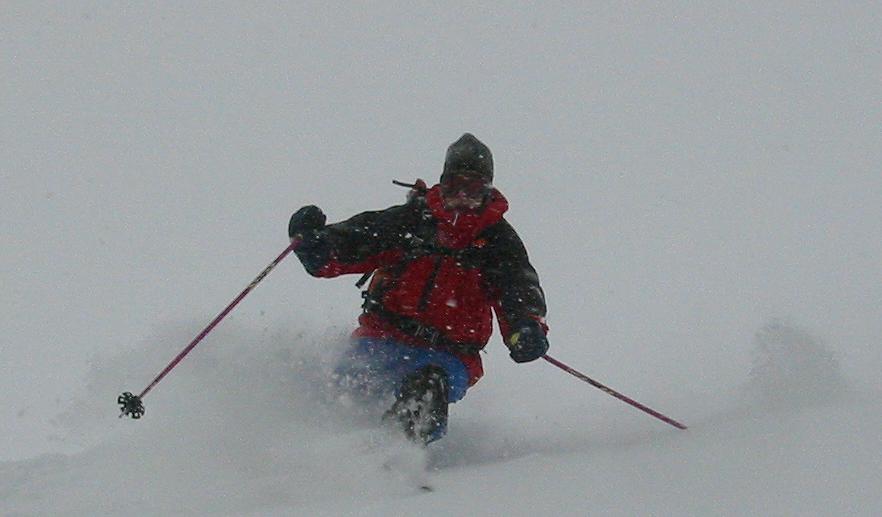 to the new (Sally) 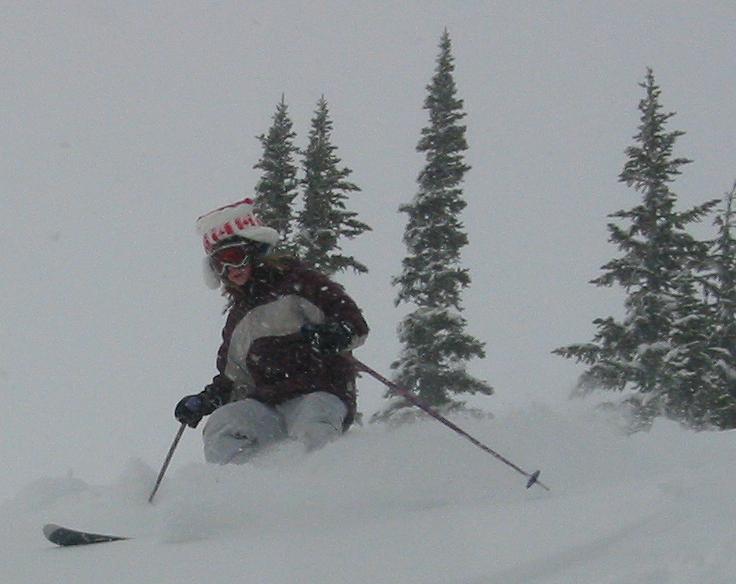 Sally’s dad Ron chases her down the hill 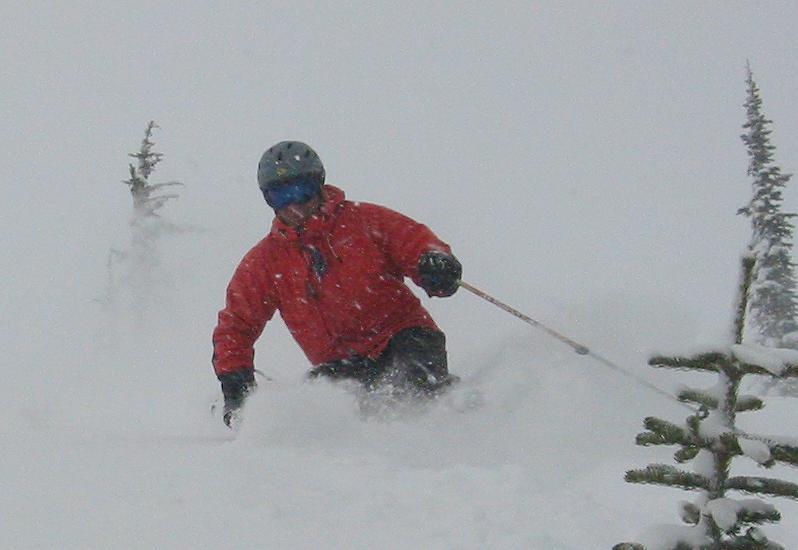 Then after ditching the kids, we head off to Fenceposts. Here’s Sharon 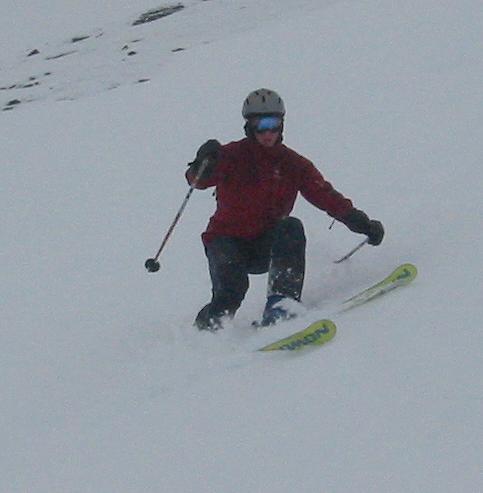 and Terry cutting up a storm 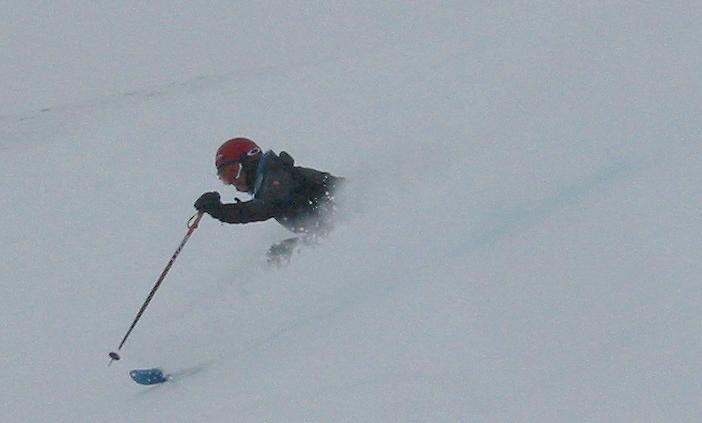 Then we trek over to Headwall where we scout out some waist deep untracked wind-transported goodness. First off I ski cut and successfully trigger a size 1 avalanche. Headwall is at about 1900m and faces NW hence the windloading from the SW’ers. Crown was 15cms; bed surface was 1mm crystals which felt like the result from the previous day’s storm cycle. The deposit didn’t run far, exposed the rocks nicely and the bed surface actually made for good skiing 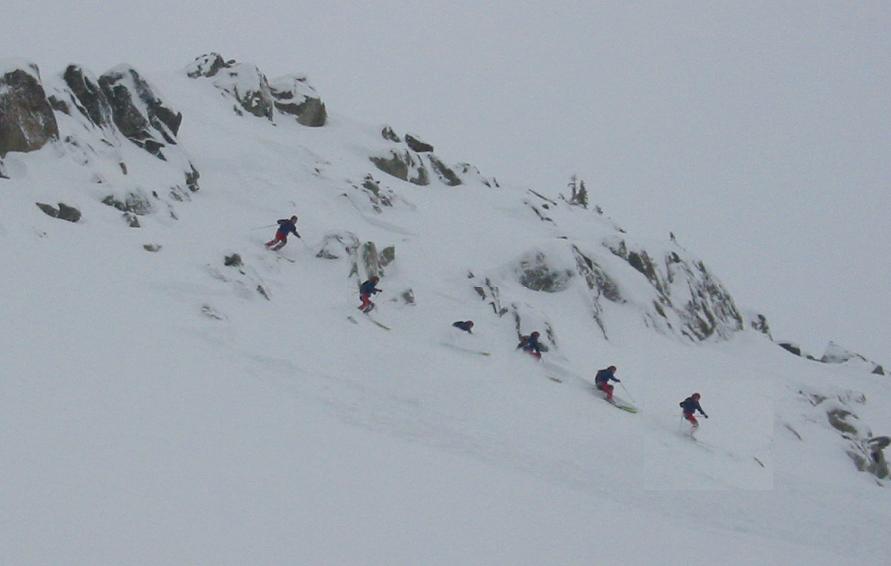 We close out the day with laps of Peak Chair and exploration on trees at Bagel Bowl. 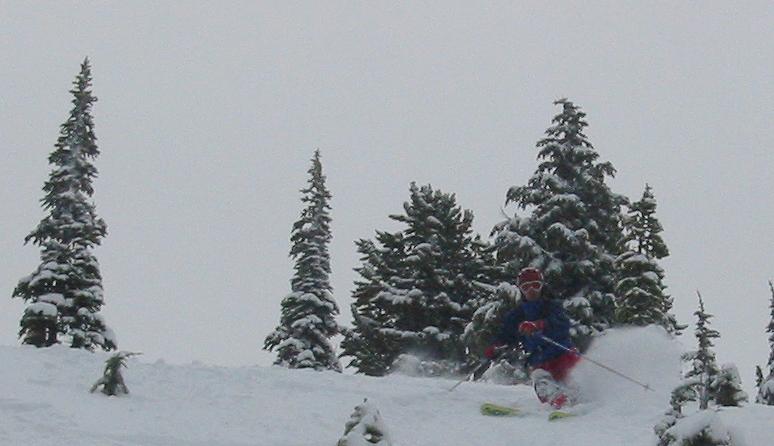 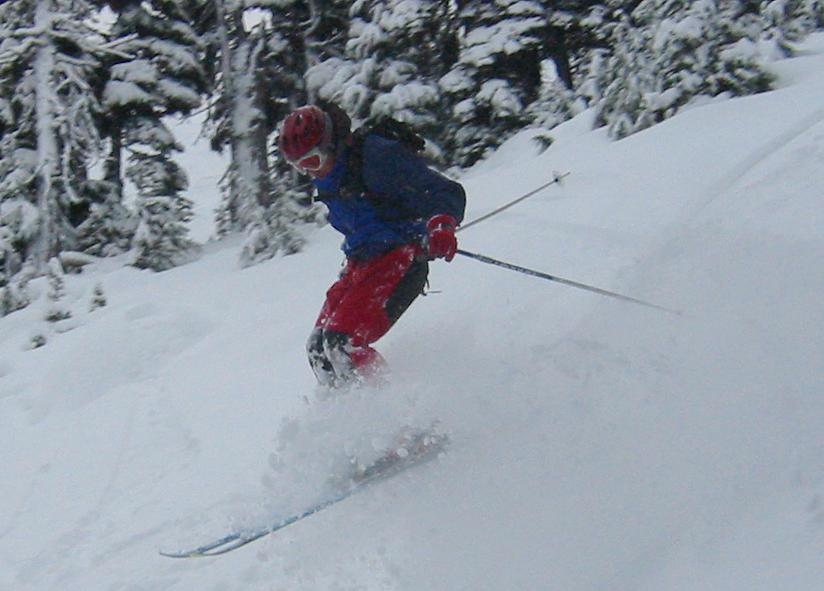 This entry was posted in 2005, ski and tagged whistler inbounds. Bookmark the permalink.