The snowphone on Whistler reported 23 cms today. After a good ass-kicking traversing Joffre’s NW arm yesterday, Brian and I felt we deserved to farm some powder so we went up the hill to find some snow. Well, Whistler had under-reported and there was over 30cms at alpine with close to 40 in windloaded aspects. 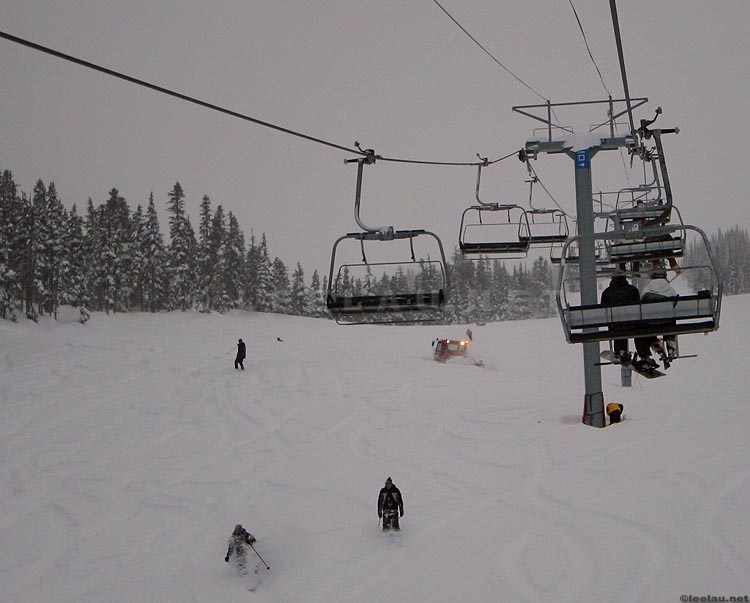 The Whistler groomers couldn’t quite keep up to snowfall today.

First runs of the day while we optimistically waited for alpine to open were pretty fun. Winds with sustained gusts of up to 100km/h meant that alpine lifts were shut – down so we spent the best part of the morning farming powder on windloaded aspects at treeline.. 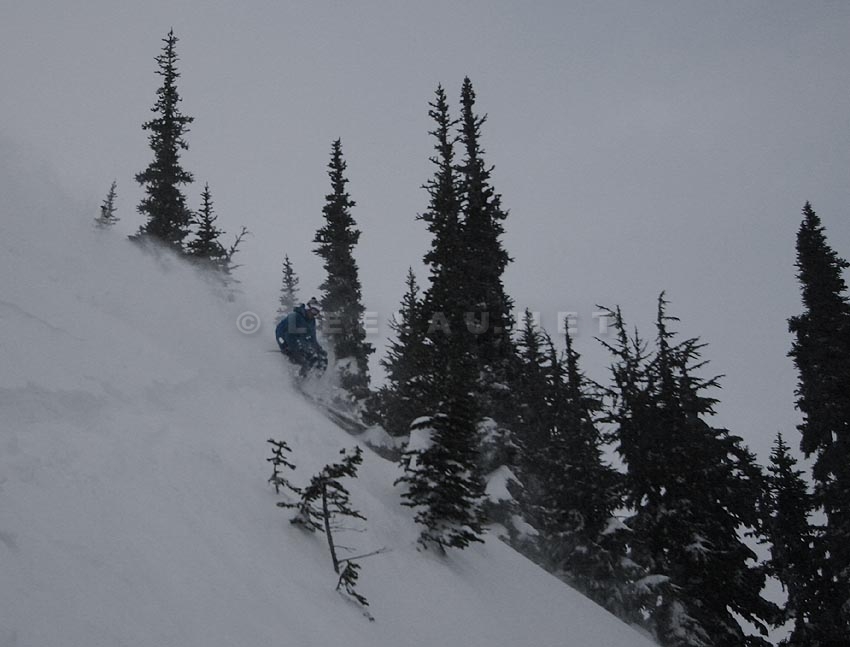 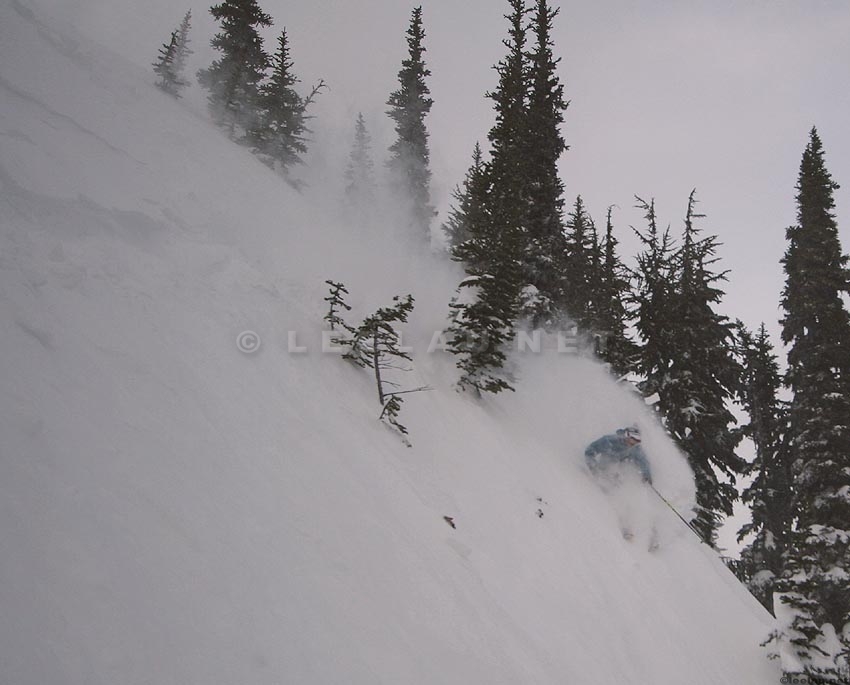 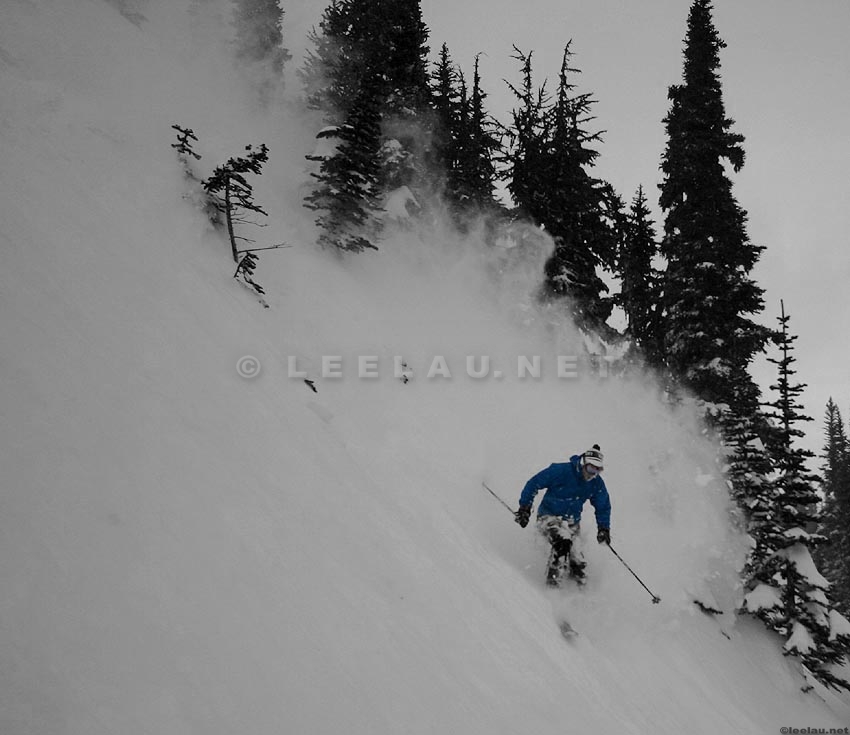 On our first run, Brian comes in hot off Chunkys. 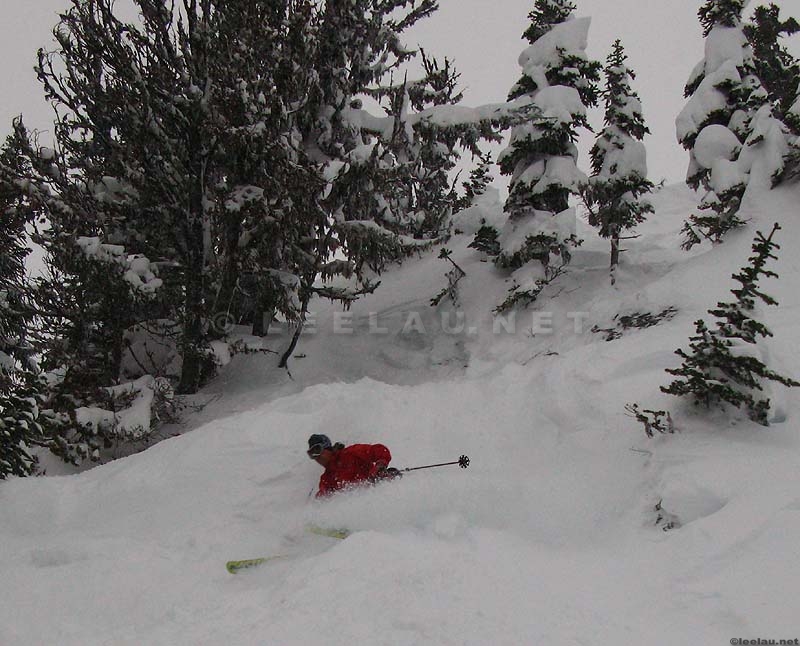 I settle for sloppy seconds off Chunkys ~ photo Brian Earle

T-bar opened for one run so we got tracks into Boomer Bowl taking a high traverse which spat us out clear of most of cornice and avalanche hazard.

We got down without triggering any of the soft sluffs we’d observed on windloaded aspects and went back for more. Too bad, the high winds derailed the t-bar so we hunted for more pow. 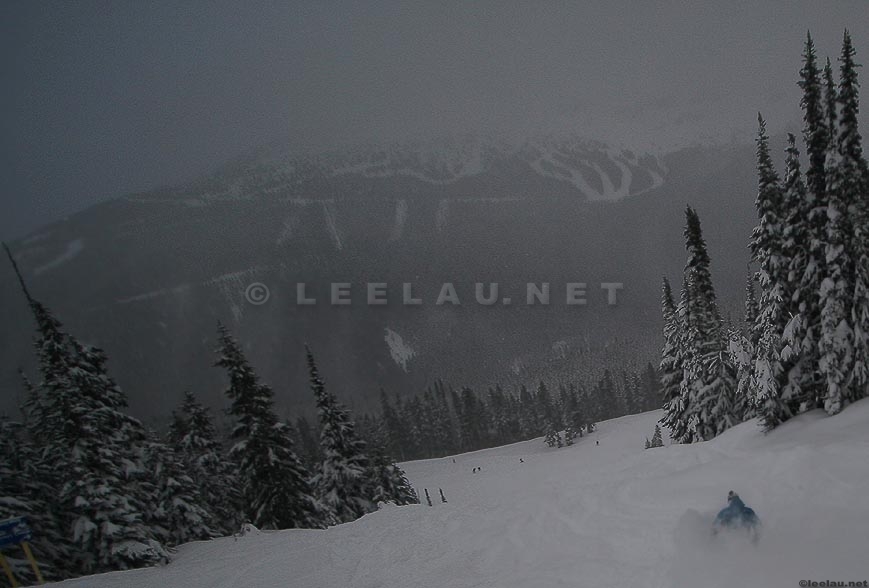 Coasting down to the Harmony skiout 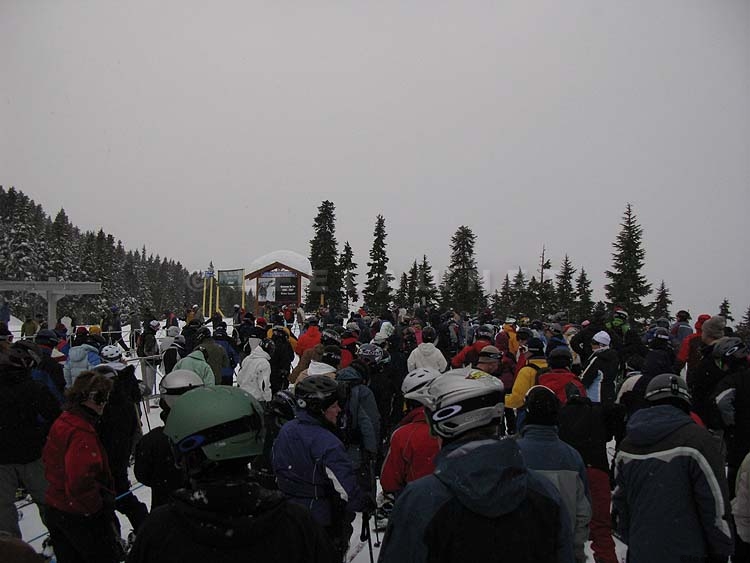 Hiking brought a lot of payback and gratification today. As the day wore on we went further and further. 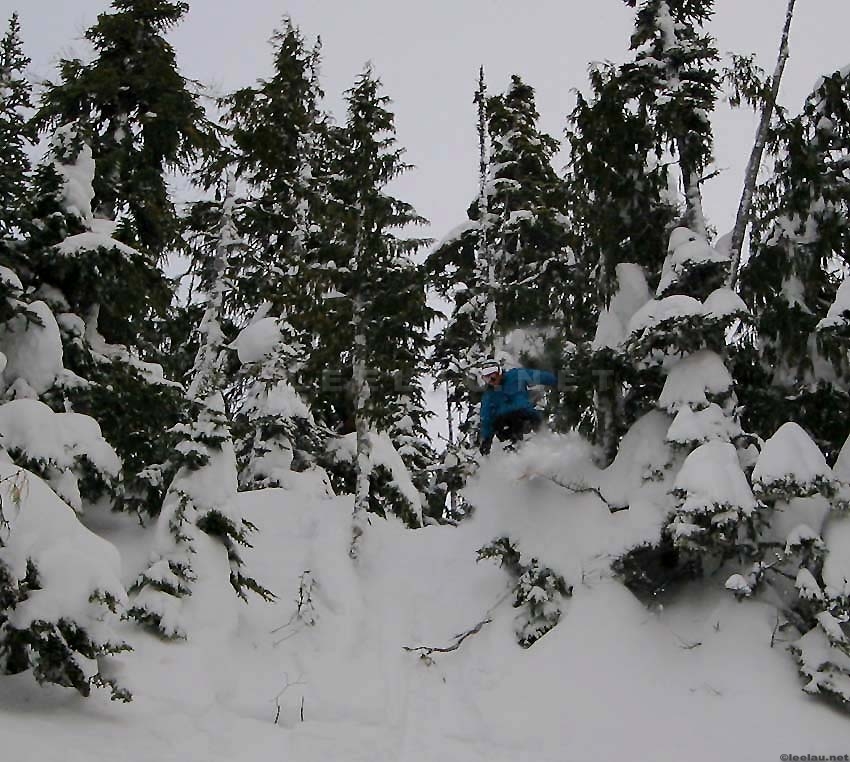 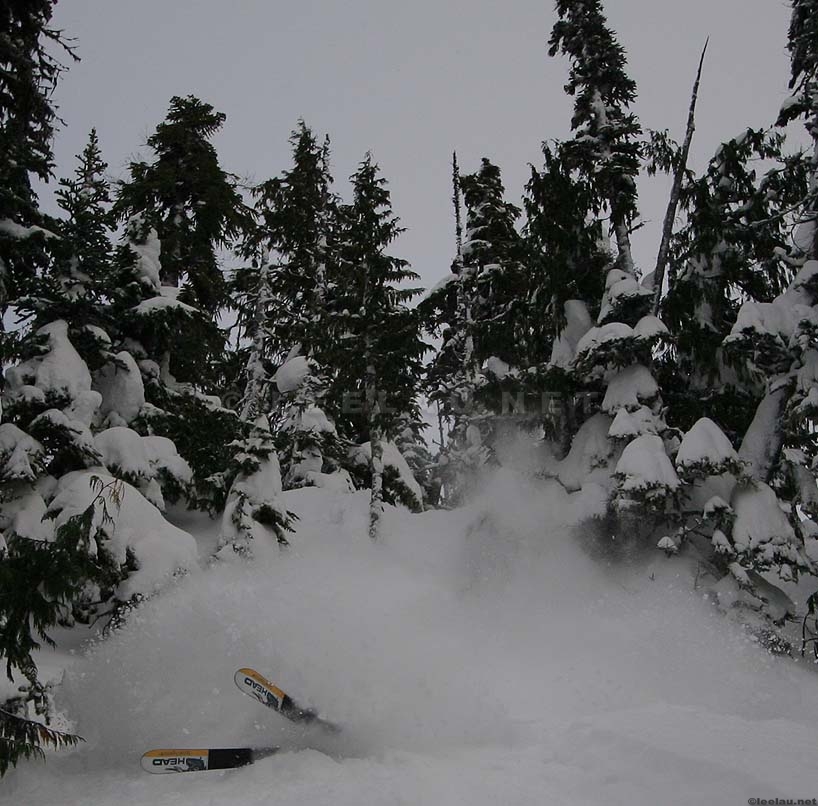 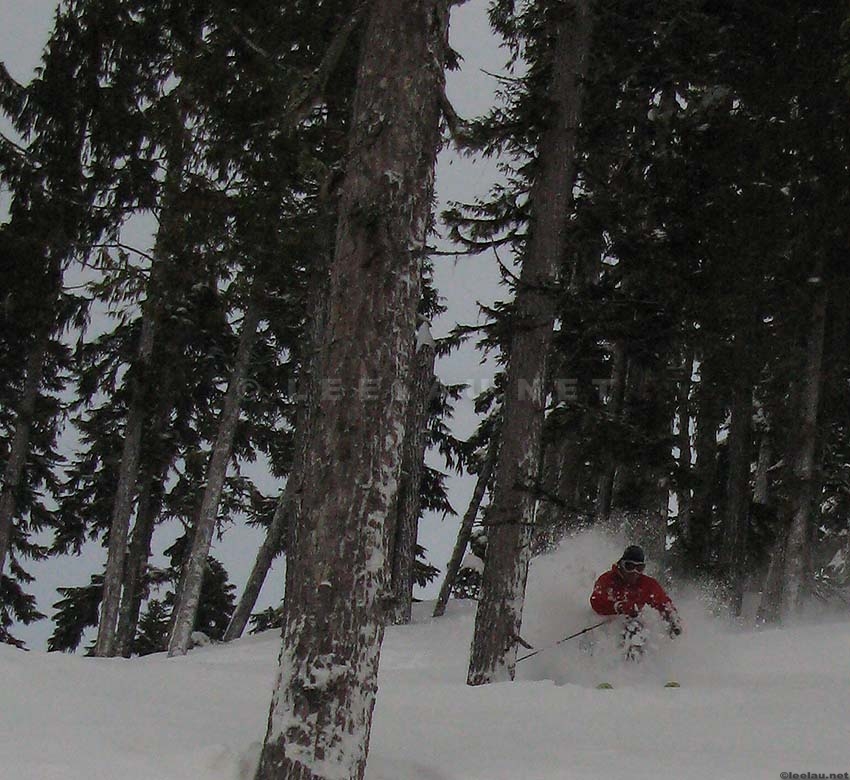 It was pretty easy to cut off sluff as the day wore on and the winds kept howling. We capped off a fine day by putting in a high traverse and bootpack all the way out to Frog Hollow and Khyber’s Pass dropping into chest-deep untracked powder and skiing out to Creekside. 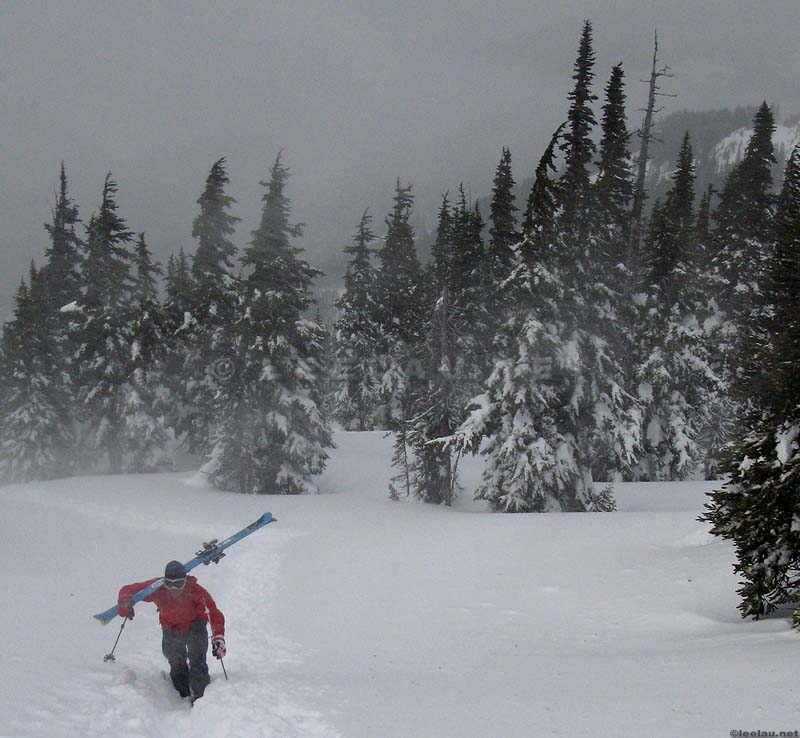 100 km/h gusts at the top of Frog Hollow 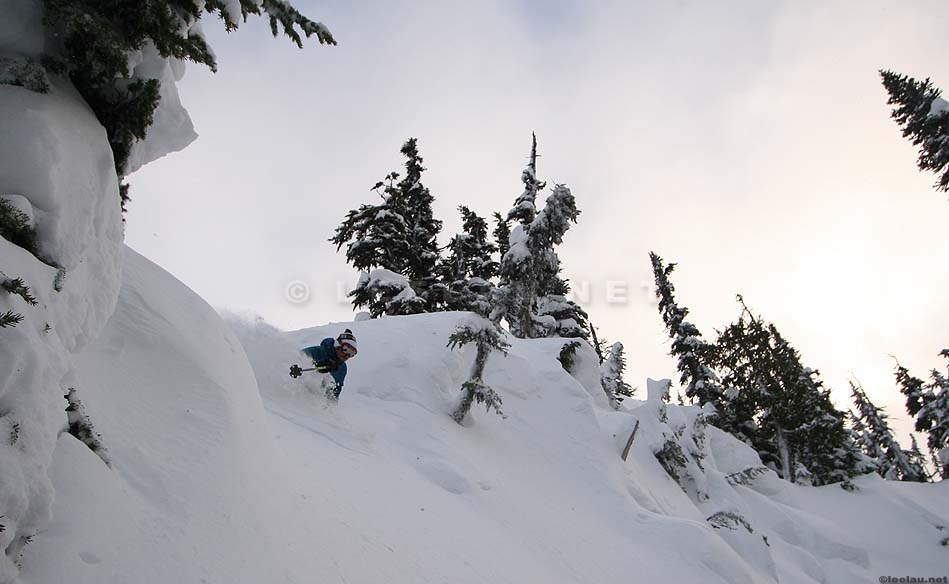 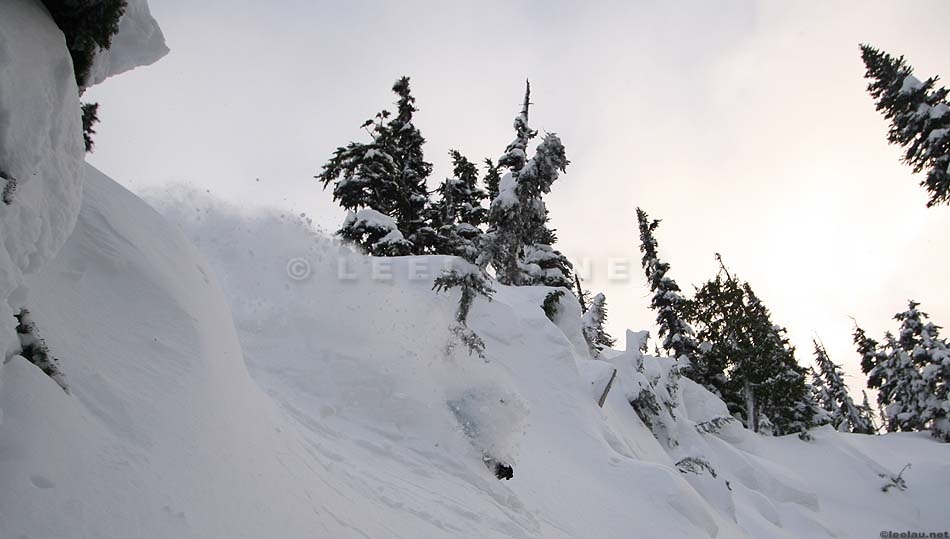 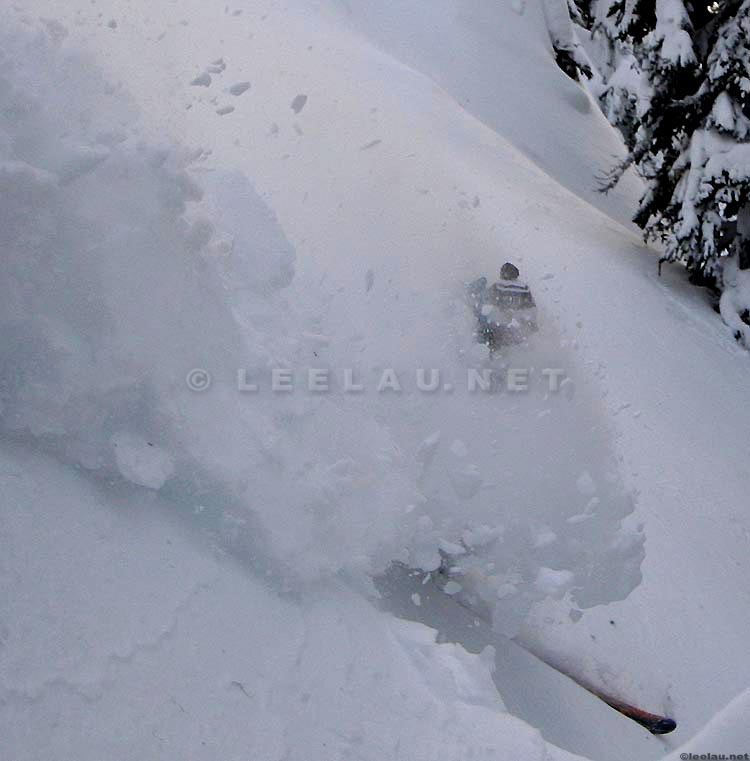 Perseverance has its rewards 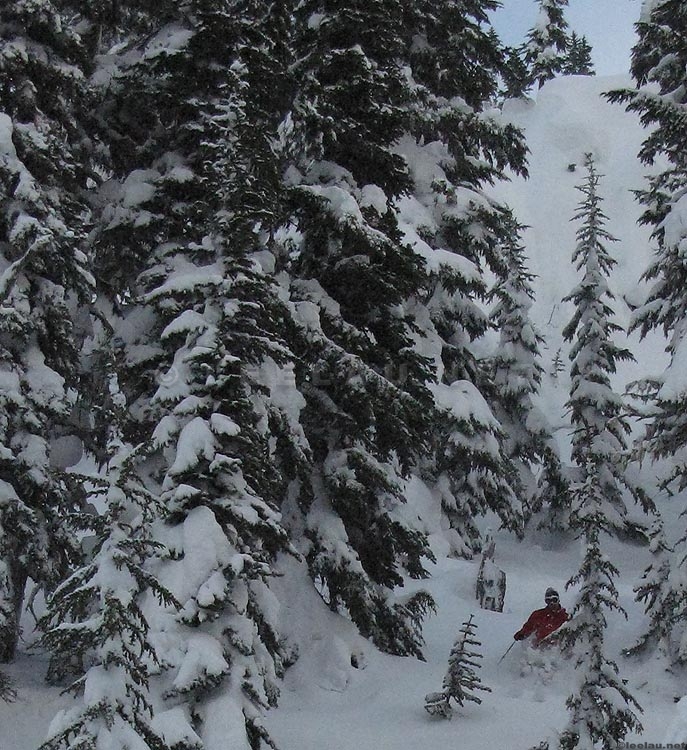 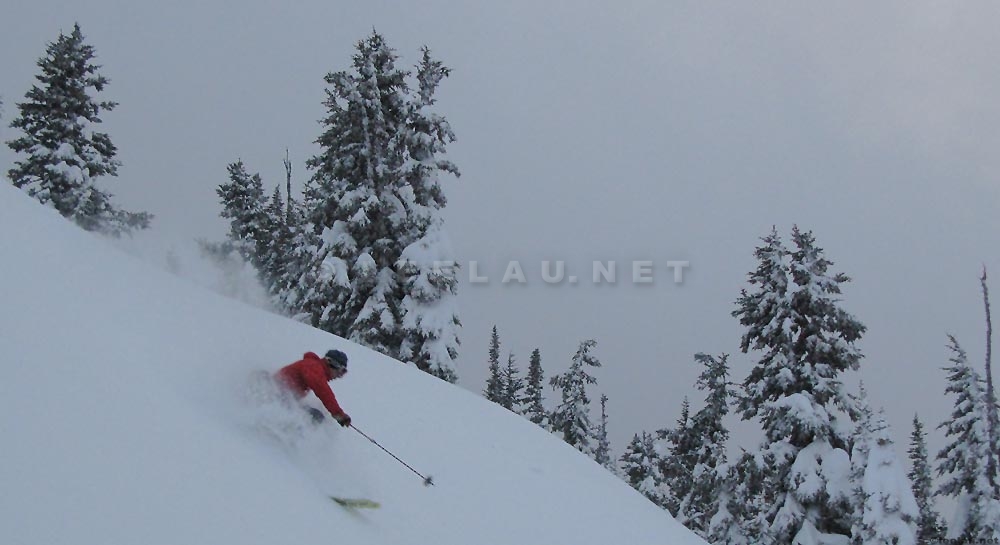 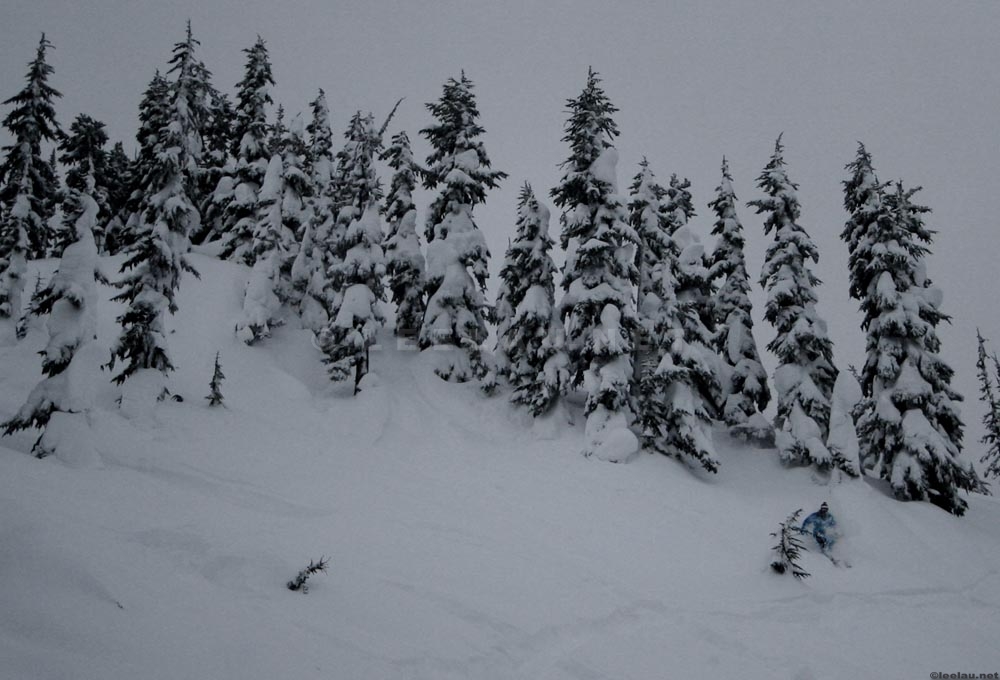 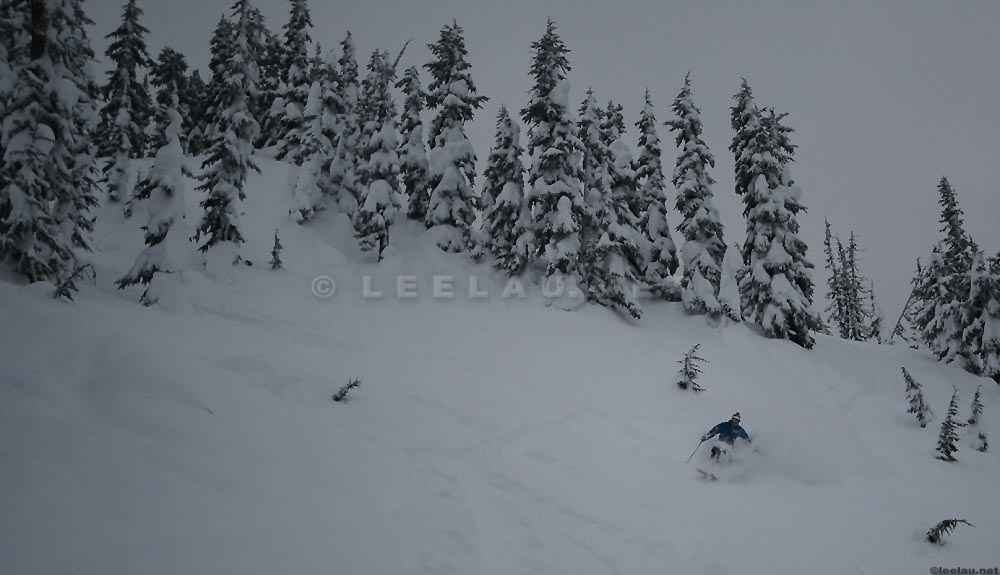 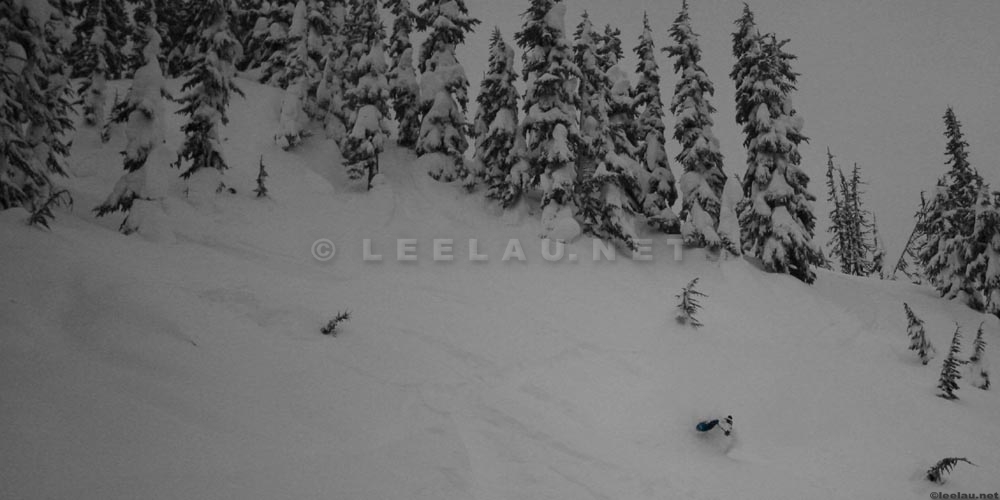 Brian going down and coming up for air – Khyber’s Pass

This entry was posted in 2007, ski and tagged whistler inbounds. Bookmark the permalink.